Seeing exorcists, Velvet shushes them and the crew runs off to hide.

From citizens, it seems Teresa's no longer in charge of Hellawes anymore...

The exorcists are only here for a mission: probably for the therion here.

Citizen: "Surely we're not being punished by the Abbey for what happened with Medissa are we?" Medissa?

The exorcists deny that and make their leave.

Velvet: (thinking) "So the exorcists are just passing through town and heading straight north...odd."

There's no flamestone being shipped either...

A devout man mentions something about "the Calamity." He mentions "the Calamity," or Velvet herself, wreaking havoc on Hellawes. Another mentions that the Calamity's been happening everywhere.

The malevolence is spreading in Hellawes too, huh?

Magilou wonders where the exorcists are in times like these...

So Teresa got demoted for her failure to stop "the Calamity," huh?

The Abbey's now headed north because of the therion there for some reason, and the citizens blame Medissa. Who's Medissa? They don't tell us...

Rokurou asks Velvet why she's curious about Medissa. She thinks she might be an important person.

Magilou asks Velvet if she's going to find out about this Calamity person, calling her "a real terror."

The Calamity is Velvet, Magilou.

Velvet: "Yeah, I think I'll pass. I know plenty about what makes her tick."

Skit: Bienfu tries to comfort Eleanor, but Eleanor won't have it. Thanks to the efforts of Dyle, Rokurou, Magilou, and Velvet, all of Hellawes has broken loose...

Magilou thinks the town deserves it though, after getting rich easily from the flamestone trade...

Eizen explains the history of Hellawes as a small fishing village. Eleanor goes on to mention global cooling again. Laphicet mentions the benefits of the fish from the freezing cold.

Laphicet thinks he's "overindulging" in his appetite. Rokurou reassures him that's just Laphicet getting healthy. Eizen asks that he'll have Benwick get some fish and octopi for Phi.

Another skit: A Calamity Twice Over.

Phi: "This 'calamity' is us, isn't it?"
Rokurou: "Well, we've been waging war with the Abbey everywhere we go. And now we're about to take it to a new level."

Eizen mentions if we free the therion here, this is going to turn into a repeat of Southgand.

Magilou smirks, thinking of what the people will call this event. Eleanor tells her to be serious!

Rokurou: "People turn into daemons in part due to their own malevolence. It's not like they're entirely innocent." So says you, Rokurou.

Rokurou: "But if there's someone out there who's being forced to act as Innominat's mouth, like Kamoana was, isn't saving them the right thing to do?"

Velvet says she'll do the job "that needs to be done."

Inside the storehouse, Eleanor reminds us of our mission.

Magilou: "I'd like to stay indoors next to a warm fireplace for the next few weeks, if possible."

Rumors are spreading about our exploits in Vortigern and our "kidnapping" of Prince Percival.

After reading the guide, I suddenly realize something! Since we have a geoboard, we could cross the gaps in the areas we couldn't cross...

After saving, I sail to Reneed and head for the wetland.

Somehow I have a skit to play, where Eleanor mentions that Hellawes has changed. So has she, Magilou points out.

Eleanor never expected to join the crew. And Phi couldn't even think at all back then...

Plus, Dyle is proudly with Aifread's crew.

Rokurou: "Even restless Bienfu and Grimoirh are now part of our merry band."
Bienfu: "Yep!"

Magilou points out herself. She has not changed.

Phi points out the Prince, Griffin, Kurogane, and Kamoana as part of the crew.

But whatever the crew says about her, Magilou lets it slide.

Now to activate the geotree in Reneed and in Nog...

I now use the geoboard to cross to the unreachable island in the marsh.

Whoa! What a jump!

Fishermen are arguing that they need to help the shipping guild. A merchant's angry that he's lost his money thanks to the raid...

I check our map. Oh my god, there's a lot of stars here! We also have optional sidequests now.

I decide to talk to the townspeople for more info.

Eleanor uses her exorcist status and becomes the inquiry board for the citizenry. She asks from a woman about the state of Hellawes.

The people still want Teresa back.

The exorcists are now probably more concerned about the therion than the city.

Looks like the city's slowly realizing that they can't rely on the Abbey...

There's also another believer now subtly doubting the case of what causes daemonblight.

She mentions a village in Eastgand "where everyone caught it at once." Oh no...Velvet reacts a bit.

She's still hoping for a cure, though...

Inside the sanctuary now...

A newlywed wife complains about the destruction of the town mentioning how her husband had to go to Loegres to get money.

An elderly man knew Medissa. He's her neighbor. Medissa's a single mother. But then, exorcists took care of her daughter Diana after she got malevolent...no...

Even Eleanor sees how cruel that was.

So Medissa's like Velvet in a way. She locked the Sanctuary with her inside.

The old man mentions that she screamed: "Daemons have feelings too!"

But an exorcist spared her life, and told a guard that Medissa is "receptive." So probably Medissa's the therion...

He tells us he thinks it's because Medissa was very religious to the Abbey.

Velvet: (sarcastically) "That was certainly kind of them."

The elderly man is pretty savvy.

Another woman tells us about Faldies Ruins, a checkpoint to Mt. Killaraus.

She mentions Faldies Ruins "as a prison camp" too. Eeeee...

The prisoners are human. The woman mentions Medissa and her sanctuary moment.

Velvet asks why the Abbey would use Faldies Ruins as a prison for.

The woman mentions that these are all rumors though...hmmm...

One citizen thinks the Shepherd has a plan.

Inside the bar, one youth mentions the flaws of Teresa's overseeing of Hellawes. He blames her for not taking care of Velvet and the crew the last time we were here...he mentions he's joking!

A Bloodwing agent near the bar has a new job for us: the Managarmr!

A woman upstairs sort of sympathizes with Medissa's plight.

Her daughter tells her that they need to "stick to reason."

I get to another promoter downstairs for Magilou's show...

Magilou gives Phi instructions on how to do the show before starting. Phi admits he's not good at ad-libbing.

Phi confesses to the audience that Magilou wrote everything.

Phi: "Woooow." That's my reaction too.

The promoter's got hopes for Phi's talent.

Tales of Berseria - Part 90a: Words and Deeds of the Hero King

We see a book called "Words and Deeds of the Hero King."

The king who wrote this mentions to his citizens about reason.

"Man can turn reason into disorder, but also can we surpass it. Our true power is in transcending the possible to achieve the ideal."

It's a hopeful address.

Another flashback to that man and Seres in Aball...

Seres tells that man that she's "processed documents" from his "predecessor" Claudin.

Seres: "However, I conclude that for the time being it is impossible to form pacts with all four Empyreans."
Shepherd: "As I feared, not even my predecessor could achieve more than two. I suppose using the fifth Empyrean is my only option."

Shepherd: "I betrayed my teacher. I betrayed the mission he gave his life for, that he entrusted in my hands. For a time, I thought I could bear the weight of my sins and go on living...with Celica by my side... But now she's gone..."

He quotes from the "Words and Deeds of the Hero King."

So this is the Shepherd's MO: an "ideal world."

Shepherd: "I couldn't protect the people I loved, but this at least I will accomplish..."

A younger Velvet comes by and asks who her teacher was talking to. He denies talking to someone.

Phi thought the address by the king "kinda [sounded] nice." On paper...

Velvet lies, saying it's a bit of a thick volume.

Final person to talk to: he mentions Diana becoming malevolent, and the exorcists taking care of her.

So Medissa hid Diana from the exorcists, huh?

The believer tells us again to not let emotions get in the way.

Then a citizen told the exorcists about Diana. The citizen was Medissa's fiancee! So she killed him after he reported about Diana.

But Diana didn't like the fiancee, or rather, she did not want her mother to remarry.

Eleanor's shocked by the news!

And the citizen victim-blames Diana.

Velvet now sums up all the clues we have about Medissa, Diana, and the Faldies Ruins.

Velvet: "What I'm curious about is the use of the word 'receptive' to describe Medissa."
Eizen: "'So long as there is one receptive to divine power, therions shall be forever reborn.' If our interpretation of that [...] book is right, it likely means she's receptive to Innominat's power."
Rokurou: "Meaning they brought Medissa to those ruins where there's an earthpulse point, and then they made her into a therion."

Everyone's now realizing that Medissa's the next therion they're looking for...

Magilou points out the benefits of having Medissa around now that she has bones to pick with the Abbey.

Rokurou: "Although that sounds almost too easy. Did I jinx it? I just jinxed it, didn't I?"

So our next stop is the ruins.

Magilou: "And don't worry. You totally jinxed it."

Looks like the crew owes Rokurou a soda now, or a drink...

The soldier at the gates tells us complaining is against reason. No, it's finding reason.

Phi: "I think having my awareness controlled meant my senses were dulled as well."

Eleanor points out the cold's not affecting Eizen, or the rest of the crew...

Eizen: "If you shiver at these temperatures, you'll never make it on the high seas." What a sailor!
Rokurou: "In my youth, I practiced the blade under the blazing sun and through raging blizzards. Besides, when I turned into a daemon, extreme temperatures ceased to affect me."

Velvet's not a fan of winter, but now that she's a daemon, temperatures don't affect her too. She smirks at that perk.

Magilou has a "secret weapon" to fight the cold: hand warmers! She'll share, if Eleanor "acts like a dove." 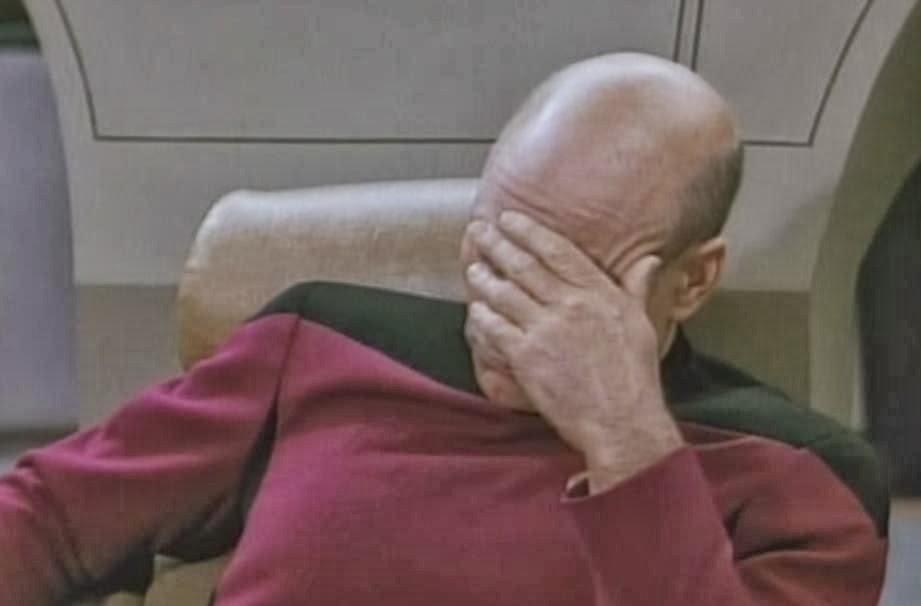 I save and stop here.