I sell some materials and scraps (including more gems, which sell very high!) before going to play more waiting tables...

There's Tabatha talking with one of her employees...

Another round of waiting tables, and looks like Rokurou gets his serving outfit as well!

So does Eleanor! The menu's more longer too!

After a few rounds of waiting tables with Rokurou, I head to the inn to rest!

Skit: Eleanor wants to go in their inn room. Velvet says no, and commands her to wait, reminding her about the conditions of their duel.

Laphicet and the rest of the crew come in. Phi asks what's wrong. Is Velvet meditating in there?

Eizen thinks it's makeup, but not Velvet.

Eleanor noticed that Velvet isn't feeling well...Magilou thinks of having Phi barge in to "test [his] mettle." Ai ya, Magilou.

Phi goes in, and we see Velvet cleaning! 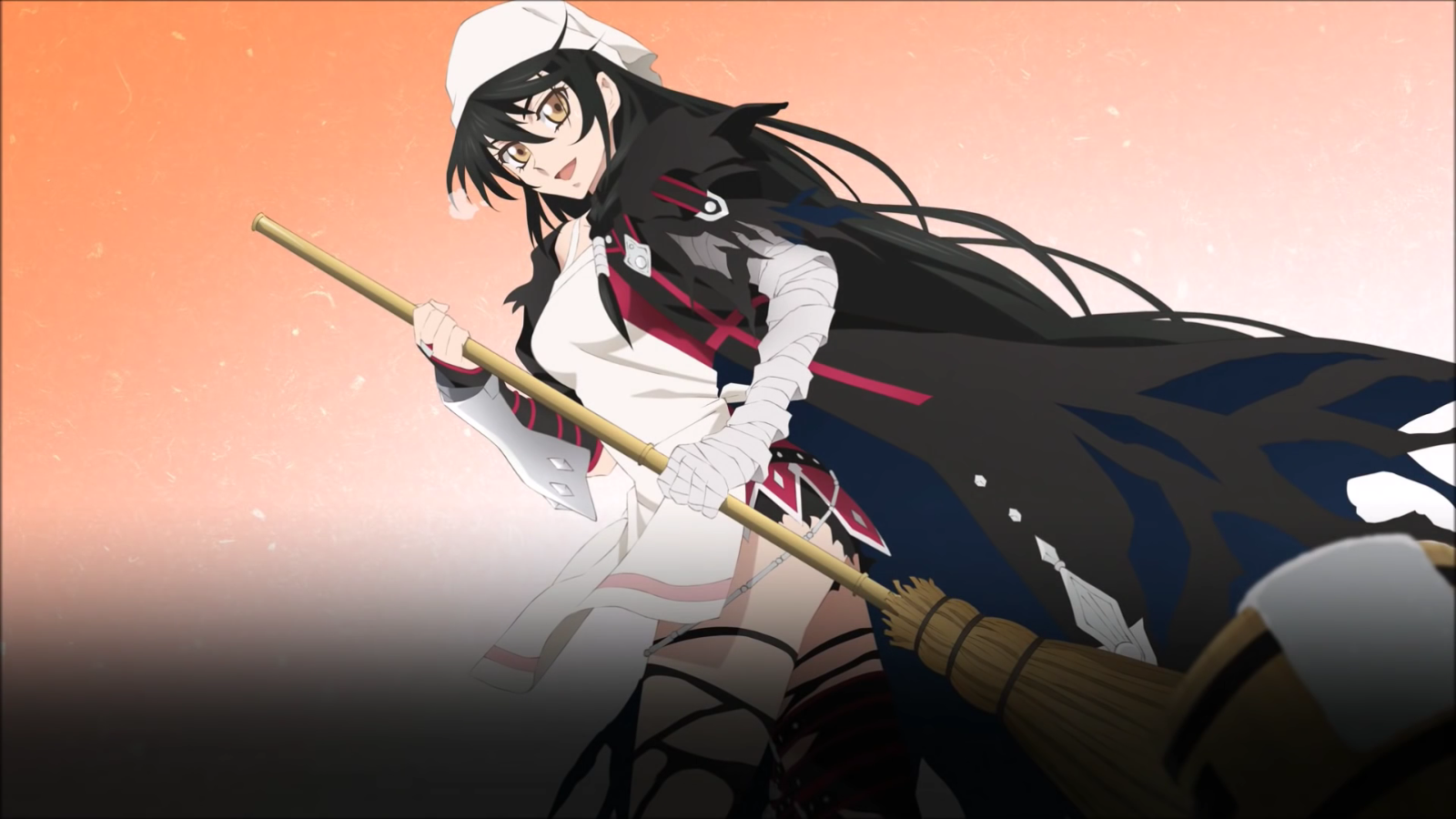 So Velvet was polishing the window glass and scouring the corners for messes...that inn seriously needs inspection.

Eleanor would have offered to help.

Velvet: "Everyone has their own unique way of cleaning things, so in the end, it's just faster to do it myself." She says this with a boastful smile.

We go to the cathedral next.

The priest notices his eyes as ones "that would belong on the reaper's face..."

The priest gets frightened quickly! That is the reaper.

Eizen confesses, though, and mentions a Beryl Benito painting. He stole it, didn't he? But it was a copy.

No, he bought it.

Eizen: "Even if the painting itself was fake, my heartfelt admiration for its beauty was real."

So he stole from his little sister's savings to buy the painting. So it wasn't a lover he was delivering the pot to...

The priest knows that his sister will forgive him.

We talk to the priest again. Phi now has to confess.

Phi tells him about his "secret." He starts by mentioning a slug he found. So for the sake of science, he sprinkled salt on the slug. No, he put sugar...

...that attracted ants and they came over and probably took care of the slug...Phi's almost tearing up at this point.

Laphicet also has one more thing to confess: he poured sugar water into an anthill...uh oh...Phi tears up.

What a bug-lover Phi is!

We go to the castle gates. Everyone assumes Prince Percival's caught by daemons...I'm laughing a bit at that moment since the prince willingly gave himself up.

The Abbey's now got a full plate on their hands. One nobleman thinks that the Shepherd "will take a nice tumble" if anything happens to the Prince.

I exchange some Tales coins for outfits and have Eizen wait tables!

But I fail at it! Aaaaaahhhh!

One gossiper mentions the crew's exploits in Southgand to his friends, also mentioning Eleanor's actions in Palamedes...

After some Character Cards, I'm off!

After the whole area's clear of monsters, I head forward to the Aldina Plains passage.