Climbing the stairs, we make it to the villa library.

Velvet didn't expect to arrive in a library. Laphicet's face is brightening up at the many books!

Magilou's even impressed at the valuable info here!

She touches a book, pulling the shelf left. Hmmm, since she knows this place so well, I am definitely guessing that she's an Abbey spy...

There's even a secret collection of ancient books! Laphicet's amazed!

Velvet, though, steers the party to their task.

To make Laphicet feel better, she grabs a mahogany book from the shelf.

Velvet: "If you want it, take it. Don't pretend to be noble. You're consorting with daemons."

Rokurou: "Good grief, Velvet. You can't lighten up for once in your life?" He smiles.
Velvet: "Lighten up? Did you forget we're here to kill someone?”

Magilou isn't too fond of the book of choice Laphicet has. He shakes his head.

Out of the library, we're now in the big grand hall...

There's a lot of tapestries with the word "Tesei" draped over the walls...

We look around. Velvet asks Magilou where the worship hall is. She trolls Velvet a bit. She doesn't know exactly where it is.

We fight our first enemy in the villa: a Royal Swordfighter!

We also get the drop on a Royal Lancer!

Inside another doorway into the Dining Hall, where we get more stuff...

Now in the next corridor, Laphicet's a bit nervous.

Magilou offers a little spell to Laphicet. Laphicet asks if it's the "eeny-teeny-spiny crow" chant. That's not the one. Magilou calls that "divination to draw back the veil of fate." Oh my god, Magilou...

The chant: a loud "Magikazam!" 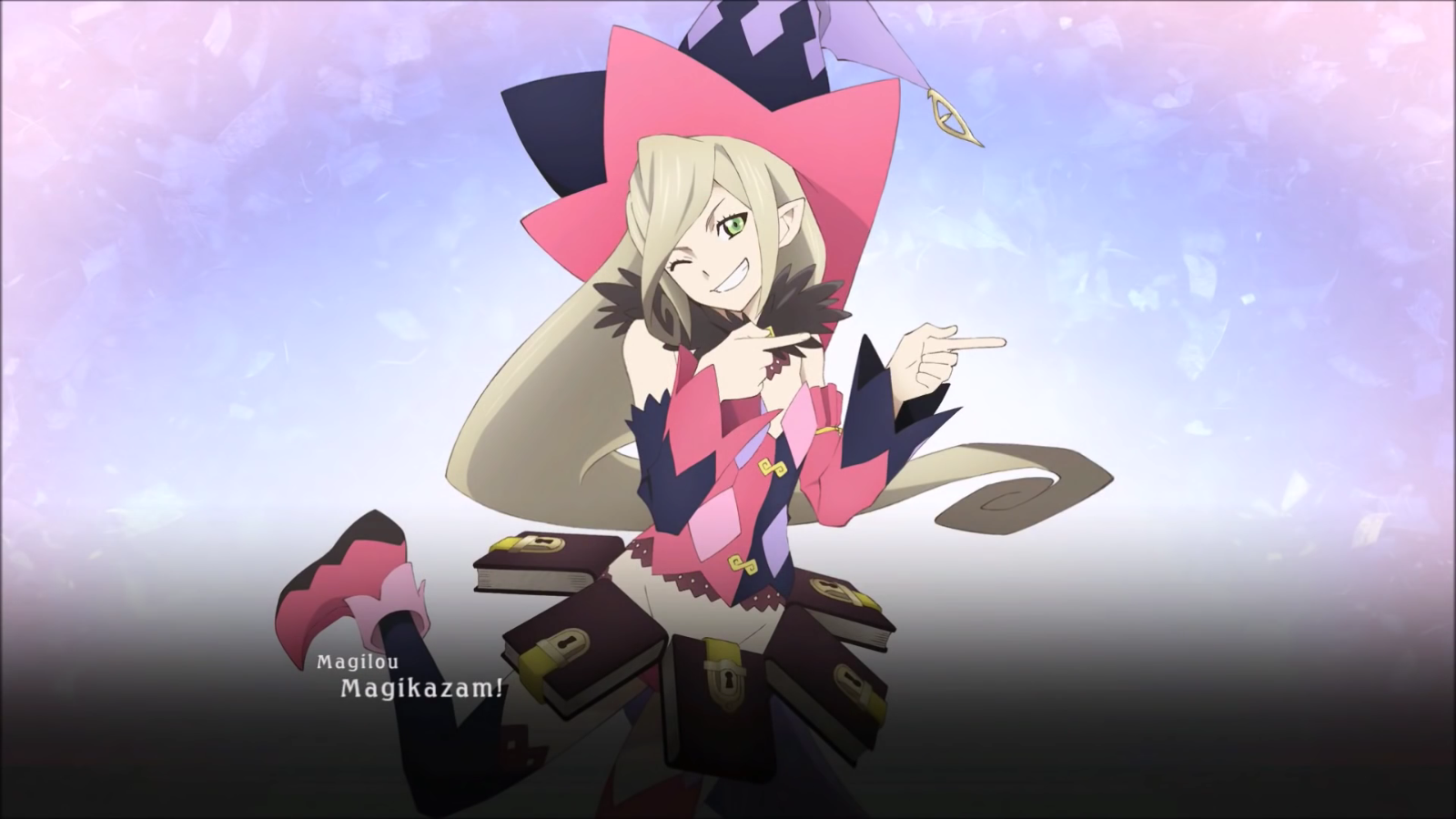 It's a "pointless" spell to "dispel a pointless worry," according to Magilou. Rokurou asks, in short, "Why bother?"

Magilou keeps on telling him to chant louder!

Then, she shushes him, saying we're sneaking into the villa. You...

Eizen comes and tells her to be quiet.

Laphicet goes to her and chants in a whisper, "magikazam". Hee...

We go inside another meeting room, and head back to the hall after picking up more items.

It seems we found the door to the worship hall, and a nearby save point.

It's guarded by a group of two soldiers...

We head into the armory, where we find a Wind Ring...

Afterwards, we unlock the door back to the first corridor.

Hope this is everything...

After fighting the guards, we save and enter.

We enter into the anteroom. I take a deep breath before going into the hall.

There's the High Priest Gideon praying before the seat of Innominat.

From a distance, he looks saintly...it must be the robes...

Velvet: "Are you Gideon?"
Gideon: "I am in prayer at the moment. Who are you?"
Velvet: "I asked you first."
Gideon: "Such ill manners...but what else could I expect of a daemon?"

So he knows, huh? Magilou compliments herself with "another accurate augury!"

Rokurou thinks it's either Eizen's bad luck popping up again, or Tabatha selling them out...

Velvet knows Eleanor's figured out the Nectar smuggling. But she's still defending the priest...saying the Abbey should be responsible for what happens to him. Lol...Eleanor, you have no idea how much influence people like him have.

Magilou walks away before the fight, as usual. She tells Velvet to make the exorcist "nice and desperate."

Velvet: "Stand aside! I'll take care of this right here, right now!"
Eleanor: "I cannot. The laws of the Abbey are clear!"

We quickly take care of her malakhim!