This is the first playthrough where I've reached part 100!! What a long game this is!

Oh my god, everyone in the village is alright! What's happening here?

They still thank the Shepherd for saving the village!

Velvet points out what he actually did: he sacrificed Velvet's brother.

All the villagers shake their heads.

Velvet is not happy.

Niko: "What counts is that your brother's still alive." What!? Hang on...

Velvet's in shock at this news.

Niko: "He's in your house. Don't worry, we've all pitched in to take care of him."

Oh my god, it's been almost two months on-again, off-again (at the time I played this part) since I made it back to Aball...

The cat Othellina's now a mother! She has a daughter called Othellinina!

The traveling merchant here has plenty of Topaz and Quartz equipment...

Here's the music for the village of Aball.

After tons of transactions and equipment changes, I head to the gate to Tranquil Woods. The villager guarding it says that the rains caused "a lot of landslides."

Our expedition's returned with a Royal Crown! I put it on Velvet... 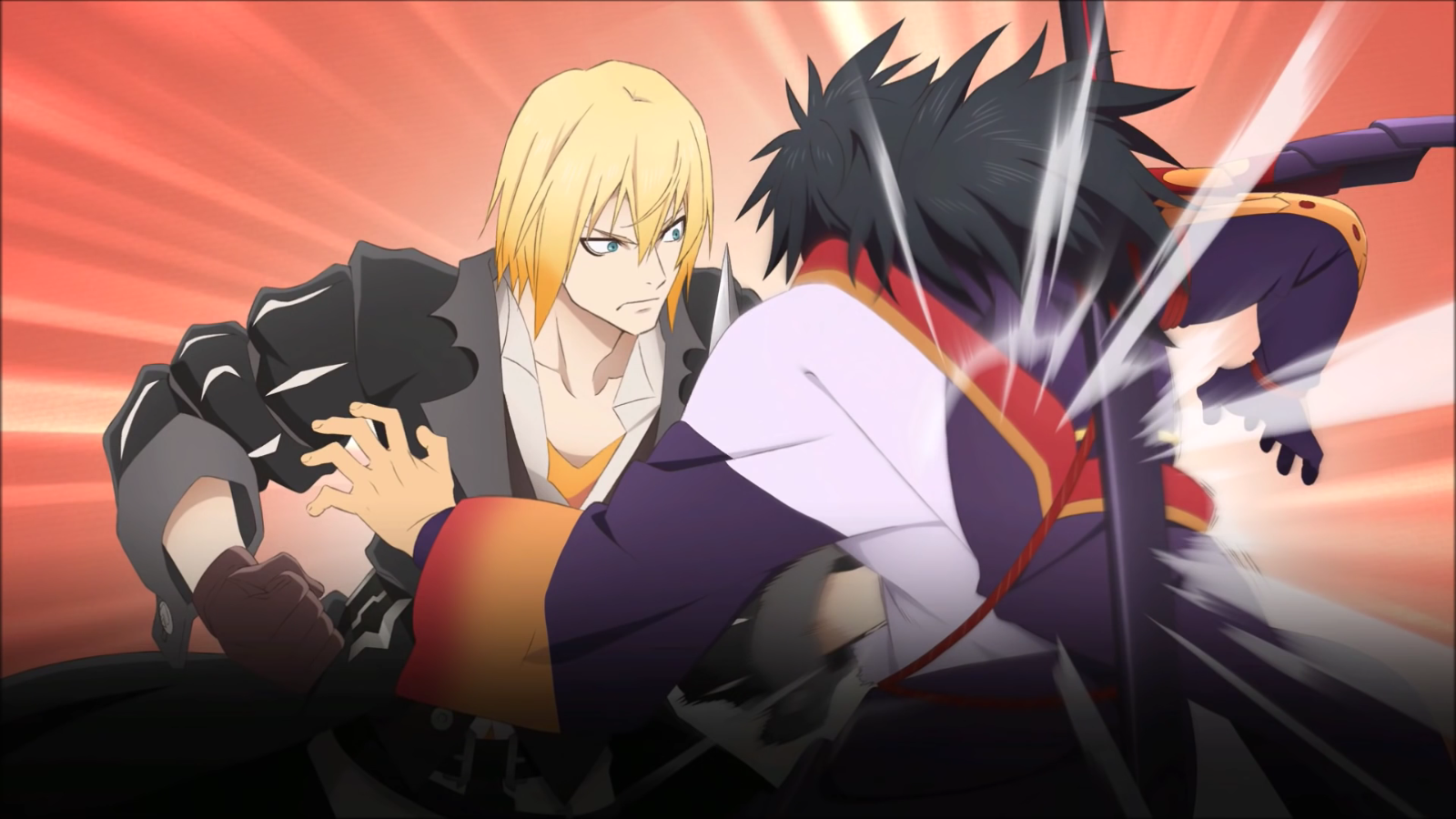 ...and Eizen slugs Rokurou out of the blue!

Eizen: "Well, that didn't break it."
Rokurou: "Next time you suspect an illusory arte, test out your theory for yourself."
Phi: "You think we're all seeing an illusion?"

Eleanor thinks putting an illusion on a village isn't possible. With the Abbey, you may never know...

Magilou says it also shouldn't be.

Rokurou asks how they could break the illusion.

Eizen and Rokurou split up to find the therion. Phi's going off with Velvet. Eleanor and Magilou join Phi...

Nothing's changed at all.

Phi tells Velvet to keep her guard up.

Velvet starts yelling at him!

Velvet: "You could think it could be Melchior's doing. But even so...." It's possible. That man's very powerful.

Oh my god, her hand! Phi heals her hand immediately.

Magilou: "People can fight against pain. But..."

Inside the house now...

She goes to her brother. She touches his cheek...she can't believe it...

Niko: "He's been asleep. Ever since that day. I found him at the shrine collapsed on the ground. His wounds healed, but he's never woken up..."
Velvet: "If he's still alive...that's all that matters."

She looks at the comb he gave her.

Phi realizes where she got that comb.

Magilou and Niko leave the room.

Man, that was intense...

Eleanor: "Did [the Shepherd] really try to sacrifice [Velvet's brother]?"

Eleanor asks what their next move is.

This feels like the Lotus Eaters all over again.

Eleanor and Phi decide to stay with Velvet. As for Magilou, "whatever [she] feels like!" Oh, Magilou.

Bienfu: "Are you sure you're doing the right thing?"
Magilou: "In the end, whatever happens, happens. Wiser words never spoken, right?"

She knows this is an illusion.

Velvet: "All right, first I'm going to whip up my special quiche. And then I'll throw in tomato, and egg soup, and some pudding!"
Eleanor: "I didn't even know your face had smile-muscles."

There's a Katz box on the left side near the cabin. I can't open that one.

I speak with the villagers. One villager mentions that Laphi talks sleeping, saying, "Please be safe, Sis."

The man in the fence apologizes to Velvet for him insulting the Shepherd. The young man next to him regrets his doubt about him too. What's going on here? Leave the village? Velvet didn't leave...she got taken away...

They tell her that they're there if she needs them.

One villager compliments Velvet as "tougher and more reliable."

The pregnant mother has another baby, and she's getting married!

The village elder praises the malakhim becoming visible to humans...Velvet asks the elder to be her escort. Nope. She advises us to be careful hunting prickleboars. She notes Velvet's sixteen. Wrong.

Eleanor sees an inconsistency here. The elder's off on Velvets age by three years, as usual.

The elder tells Velvet to not lose hope. Velvet thanks her.

What the heck is going on?

The young guy asks about Niko. Velvet says she met her already, and asks about the dogs Orthie and Russ.

The youth mentions "a guy with a big sword walking with a dour-eyed fellow in black."

He means Rokurou and Eizen.

Rokurou points out the village looks peaceful "at a glance."

The shop owner and his wife tell us everything in Aball's changed. In what way?

No speck of malevolence anywhere. What's going on?

Velvet asks the general store salesman for ingredients, she gets it free of charge.

The general store guy calls Velvet "special" for making friends with an exorcist.

Velvet & Eleanor: "She's not my friend!"

Skit: Now Phi knows Eleanor's not a fan of spinach! Phi's smiling at Velvet smiling. Eleanor also praises Velvet for being wise with her budget while picking out good ingredients.

Eleanor: "She seemed so cheerful and carefree."
Phi: "That's the real Velvet. I'm sure of it." So do I.

Phi: "She could've lived a happy life, surrounded by her friends..."
Eleanor: "Just plain Velvet Crowe, sister to [the Shepherd]..."
Phi: "...And maybe not [the Shepherd], but just plain Arthur."

Eleanor's romanticizing in the illusion, and of what Velvet could've been. Phi smiles.

Now off to Morgana Woods...