And we're back at the bird sanctuary! 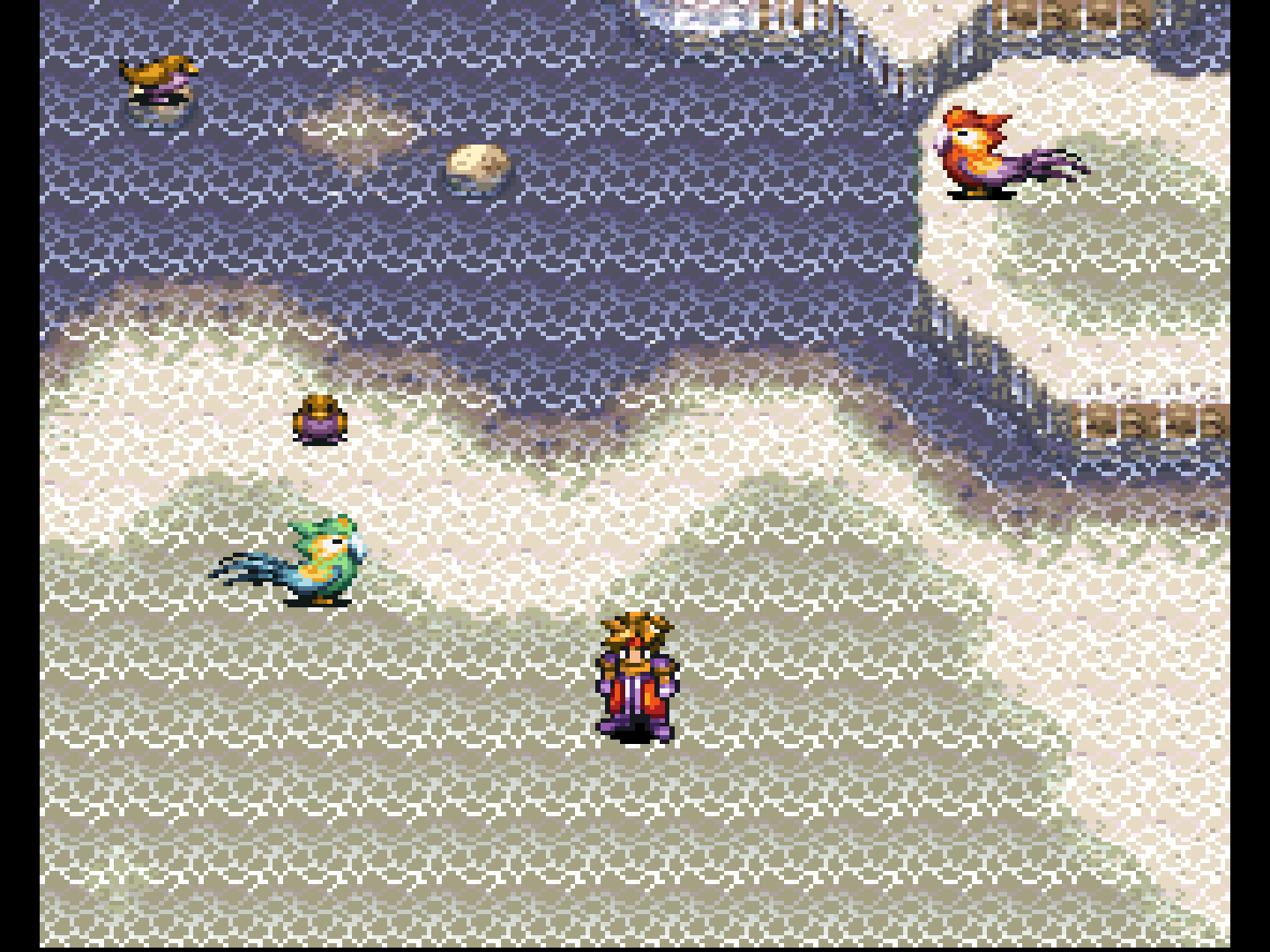 A grown parakeet wants to fly, but hasn't been given the go-ahead from Windvale.

The small birds can't talk, though...

Unfortunately, the wind isn't blowing, so the birds are stranded.

A seagull's roosting and pecking at the sand... 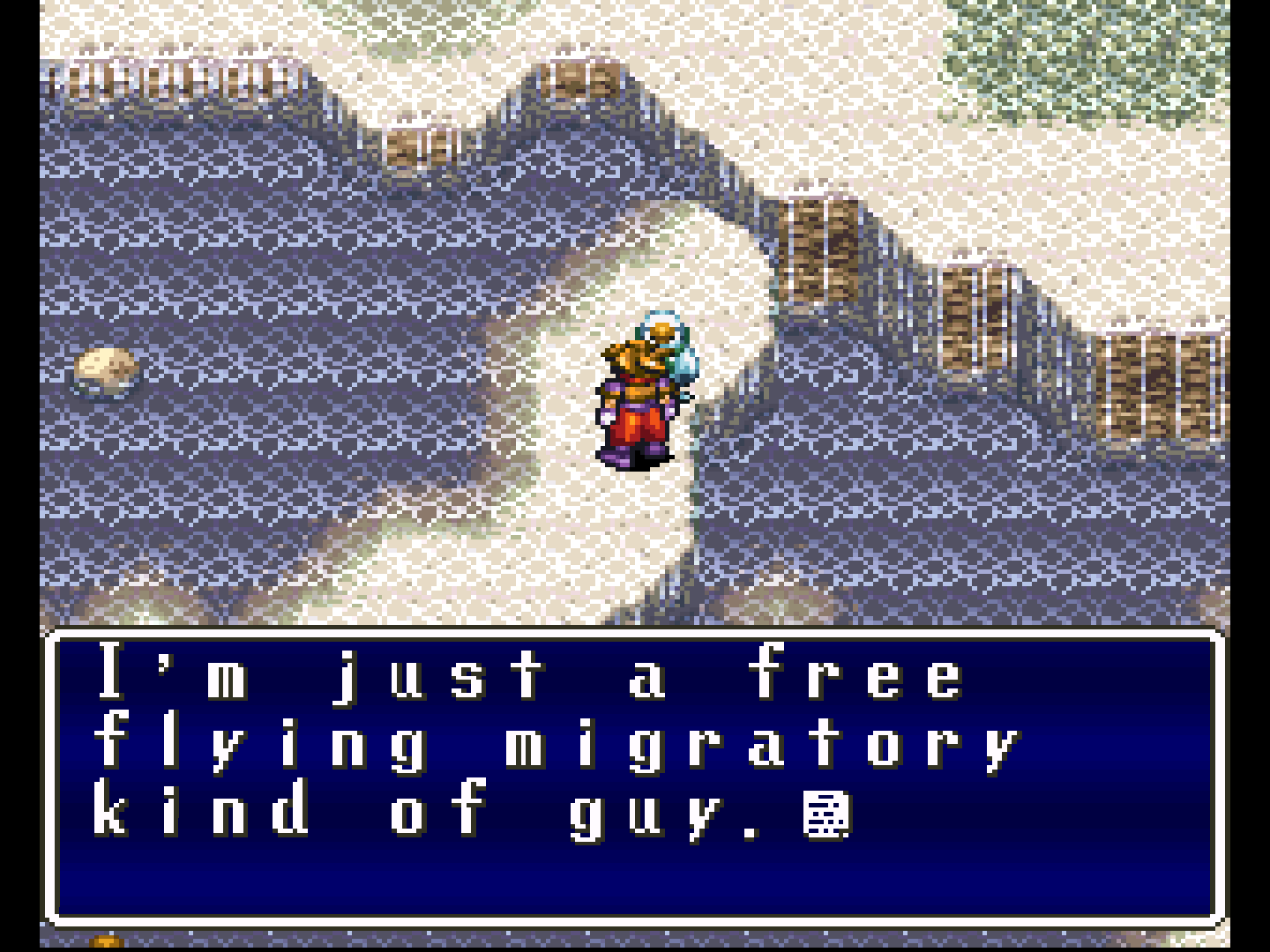 His personality is sort of like Bonaire's from Alundra. He asks us if we want to hear a song. I say no. He turns his head and sighs.

I check around the sanctuary, and outside of it to see if anything's changed. 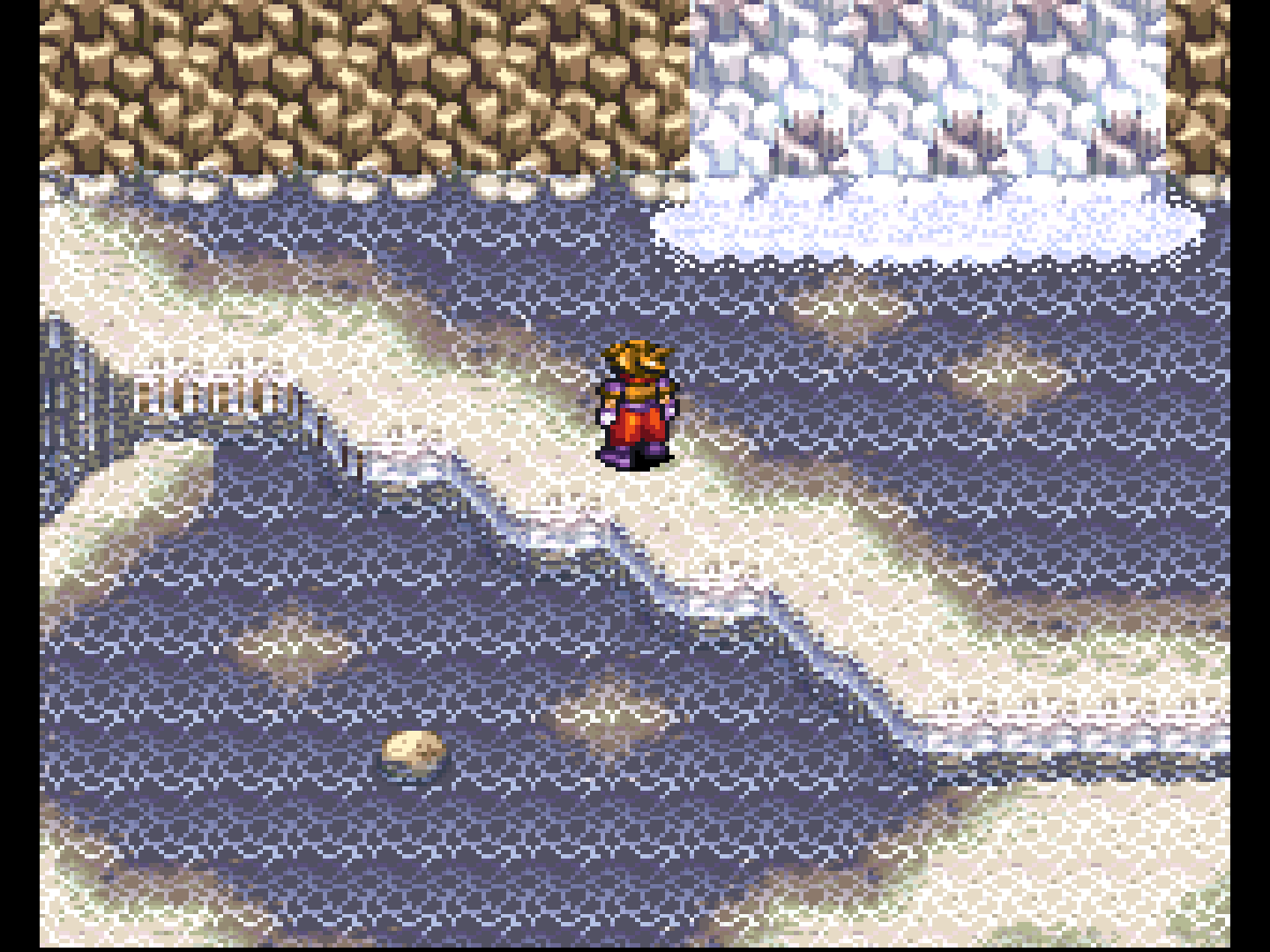 I go back to the seagull again, and listen to his singing. 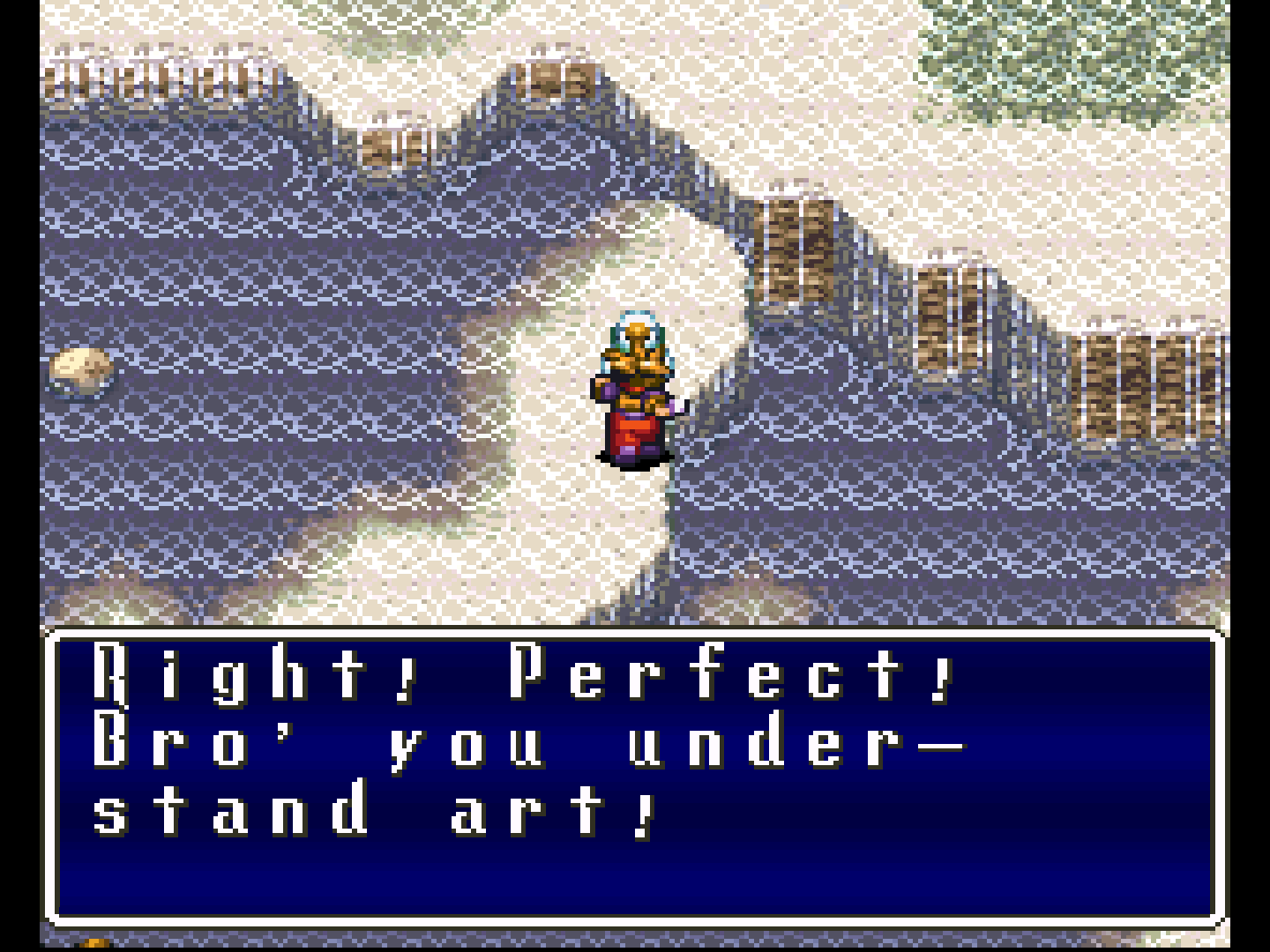 The music begins to slow down...

Now our next stop is Windvale...

But how to get there?

A bit lost, I wander around the world a bit, even going back to Evergreen. But I end up returning to the bird sanctuary.

It seems that the little birds can talk... 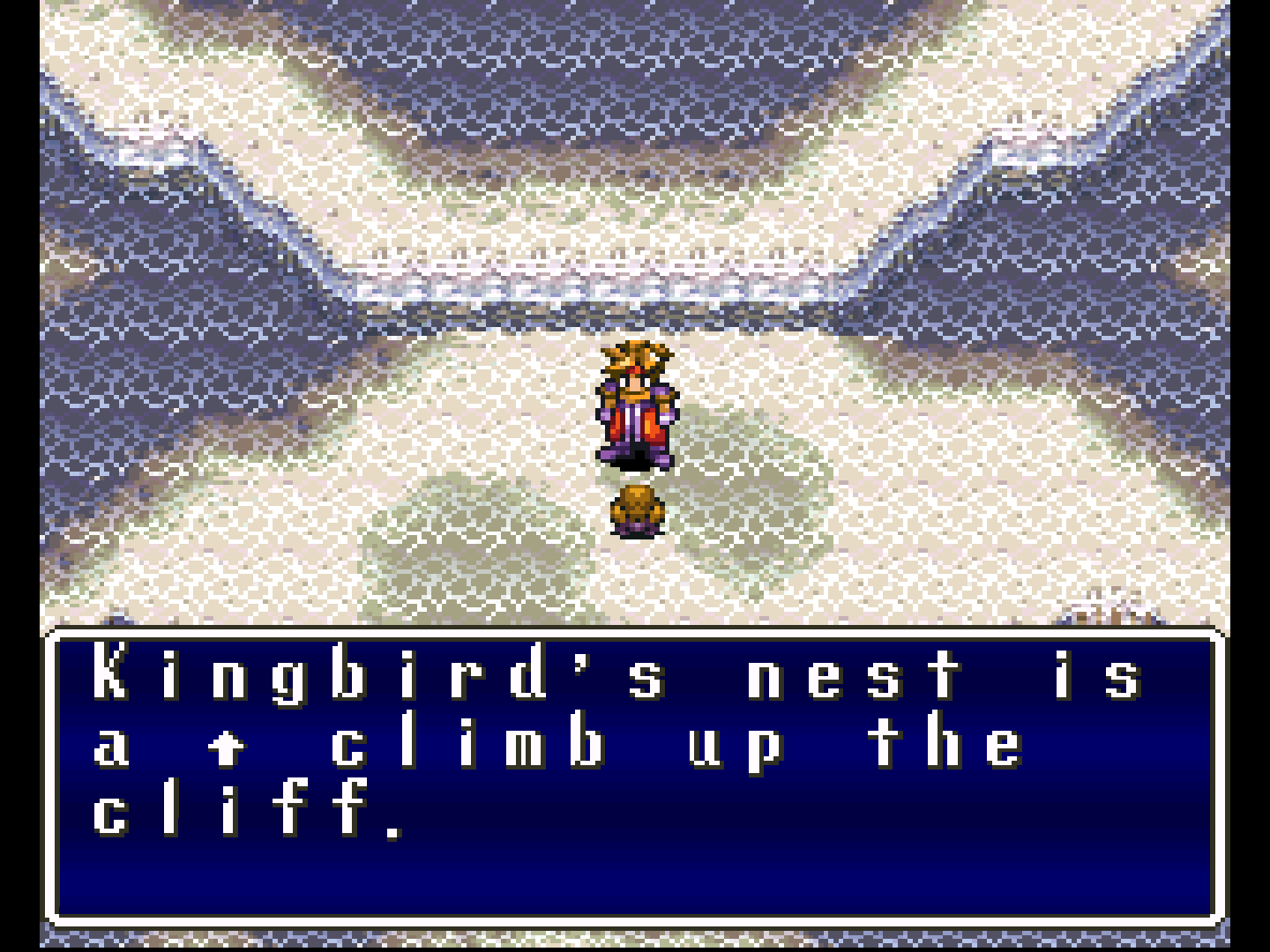 The small bird at the entrance greets us to the sanctuary, giving us a small pleasantry.

By accident, I find out Ark can climb this rock wall... 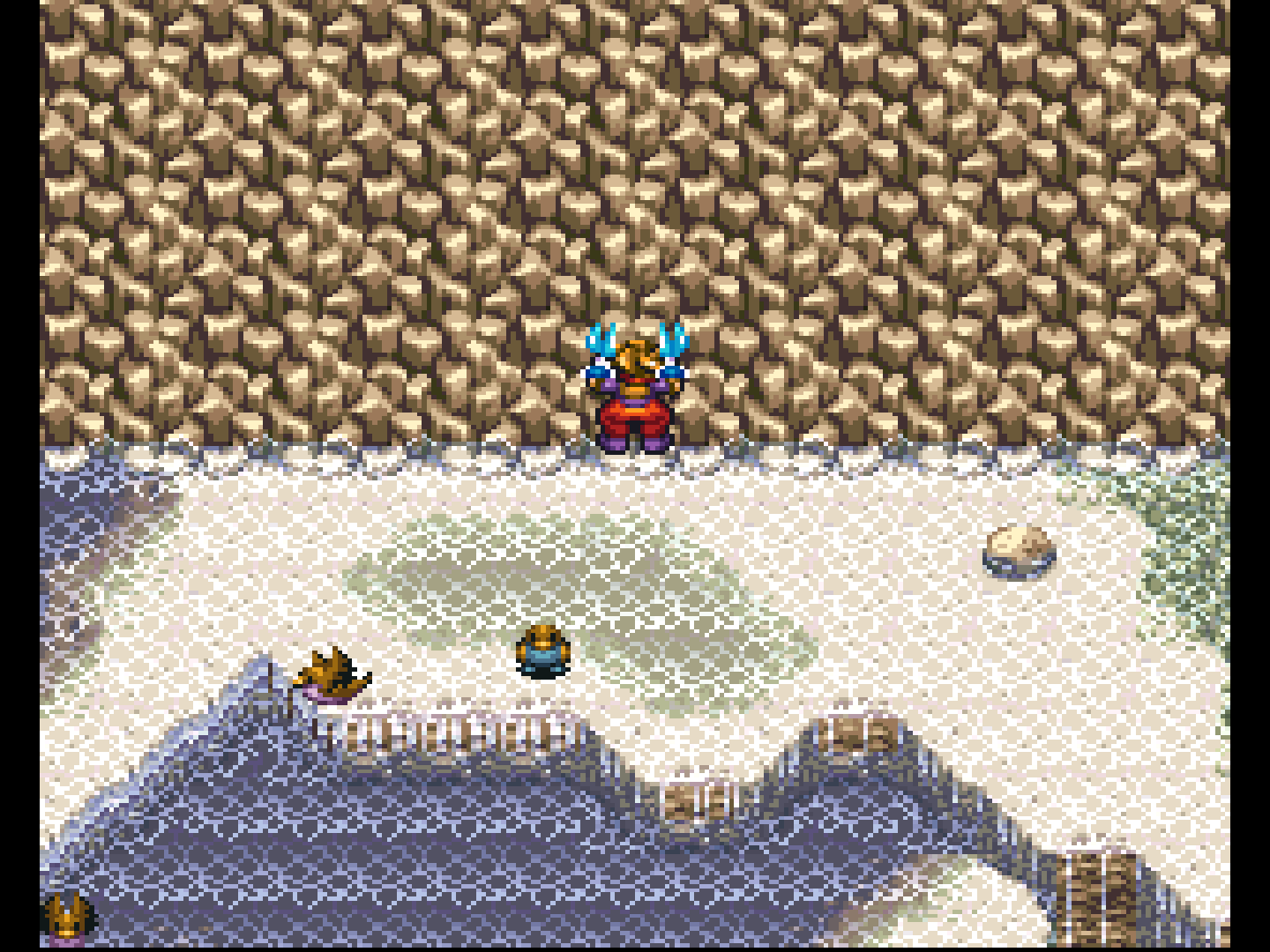 I have Ark continue up to the top of the sanctuary, where the kingbirds' nests are. 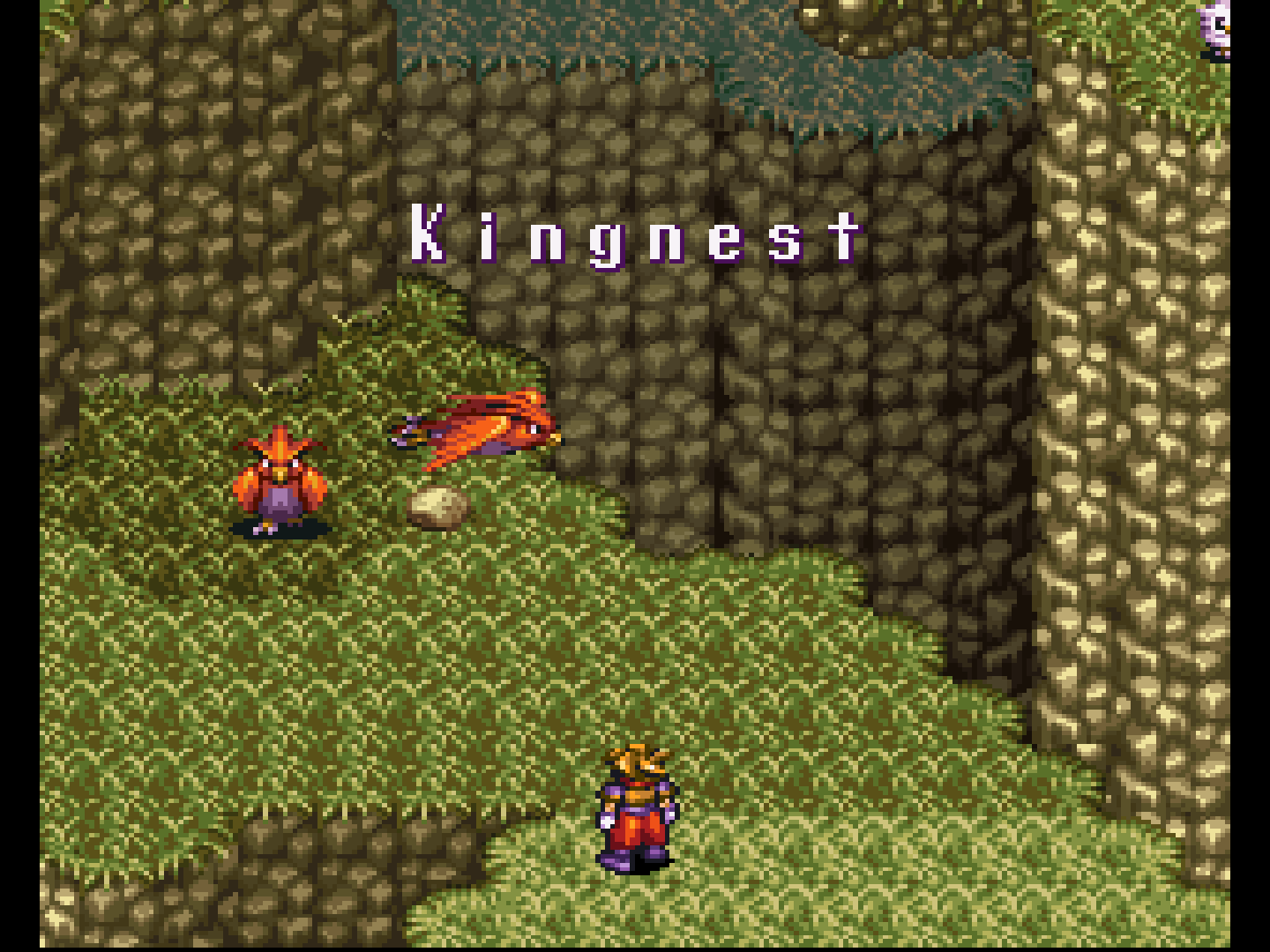 We speak to one kingbird, who explains that they build their nests in high places. 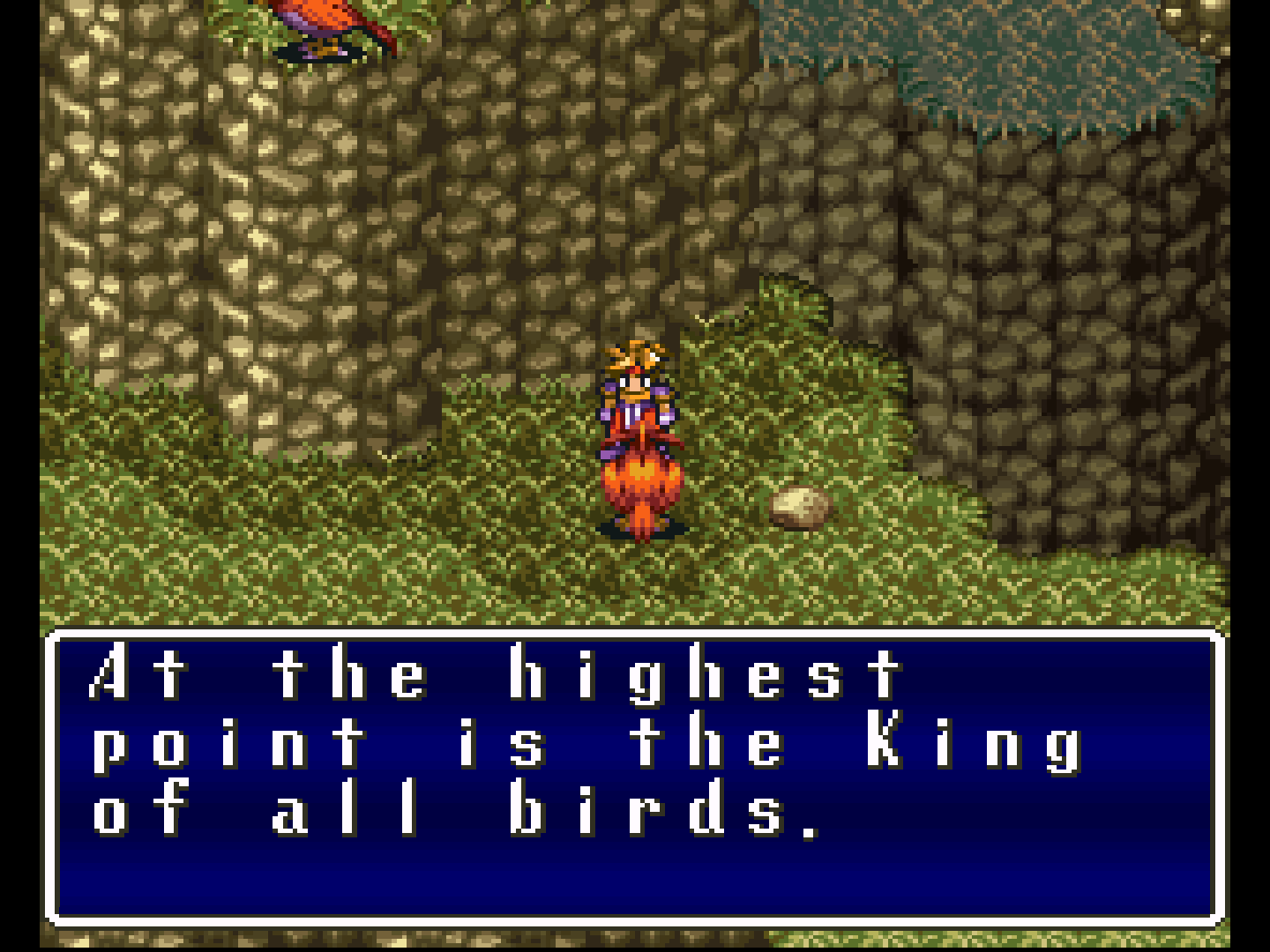 Another kingbird thanks us for resurrecting their population.

I have Ark climb higher. 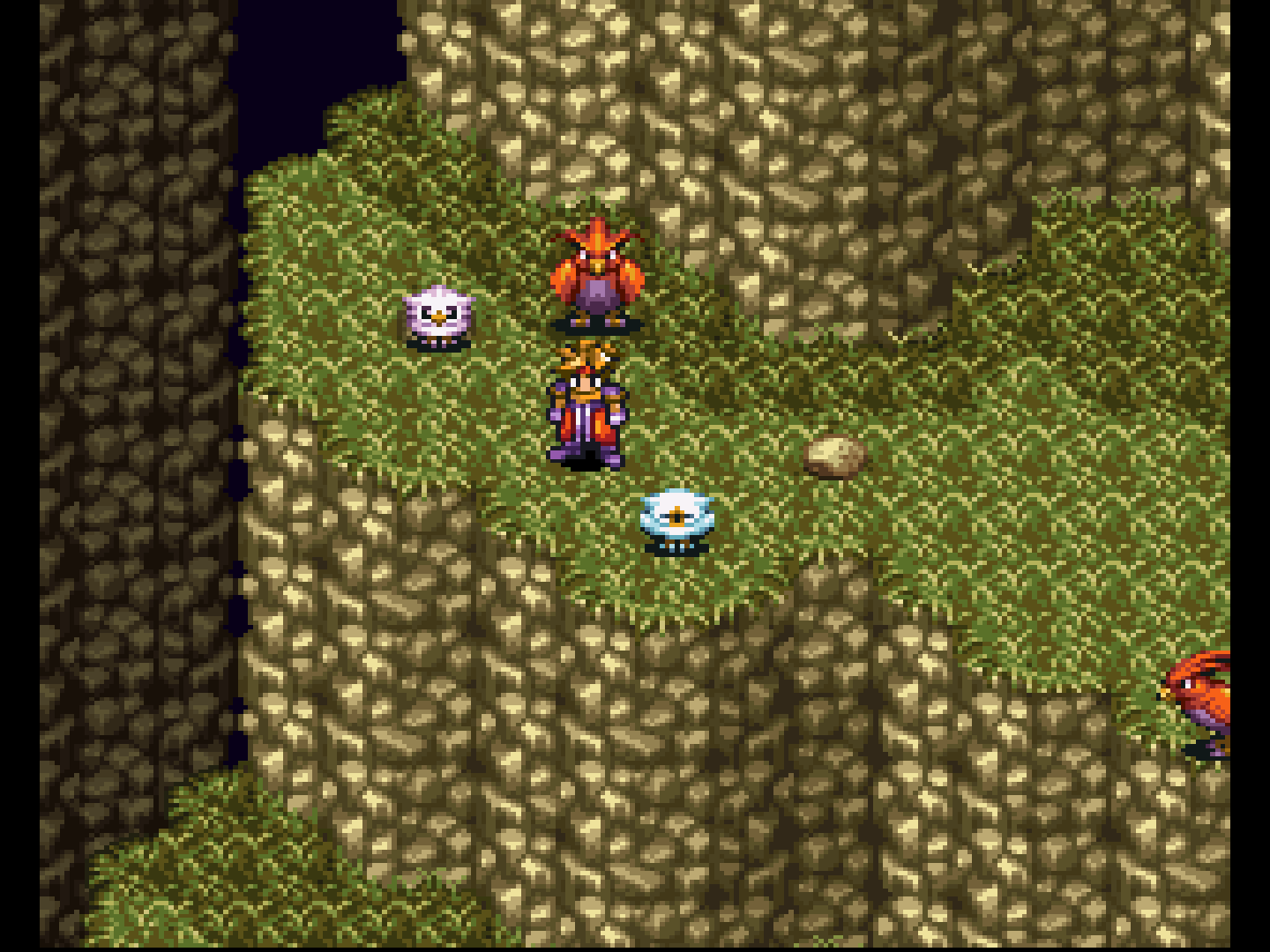 The kingbird chicks are pretty patient. One wants dinner, but waits patiently. Another's proud that they can stay "home alone."

One kingbird mentions humans stealing their eggs, probably for meals. But since the human population isn't back, it's calm so far.

A crow with a santa hat who calls us "brother" is the shopkeeper for this place. 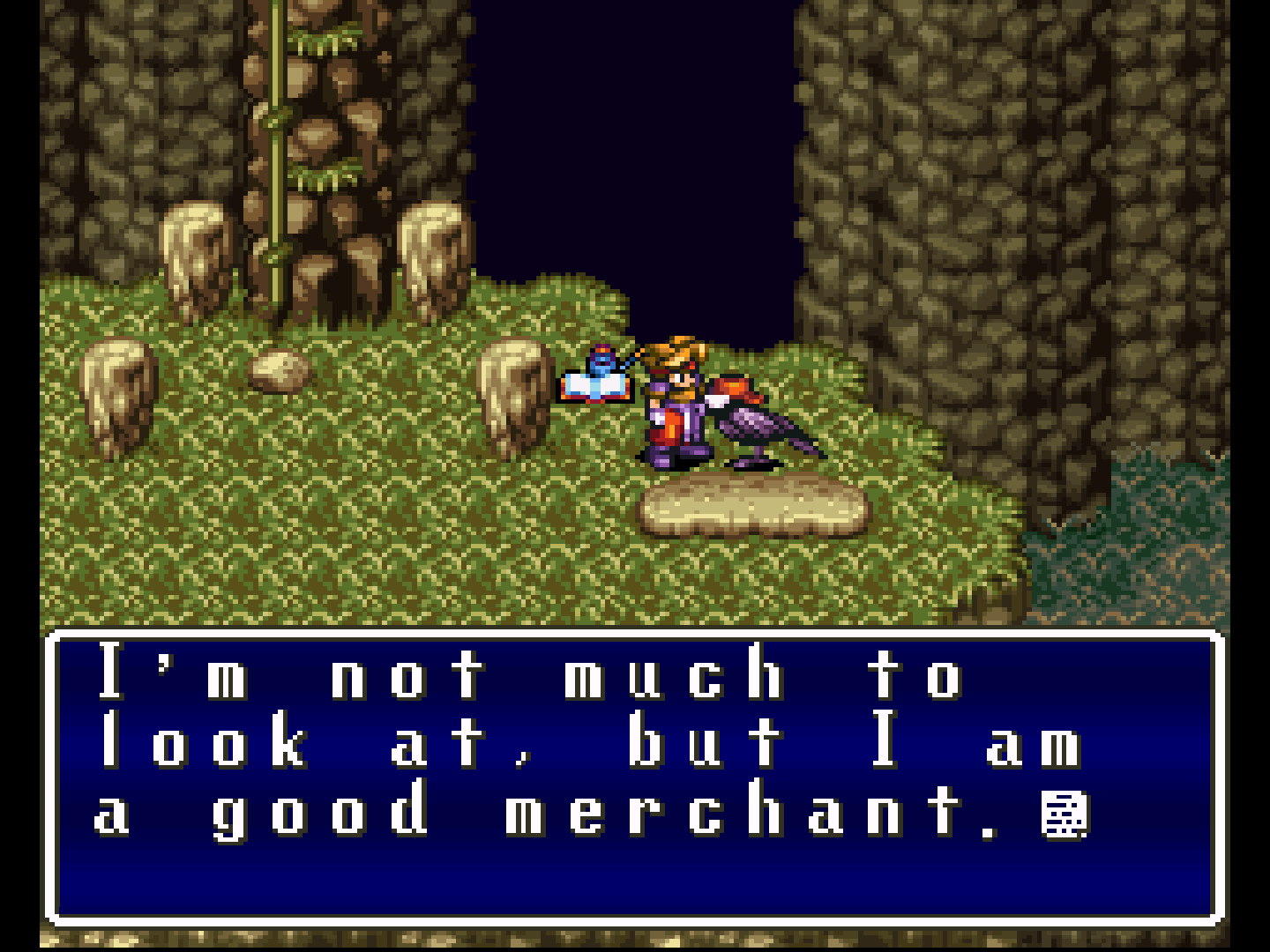 I get a healing bulb and a new suit of armor! 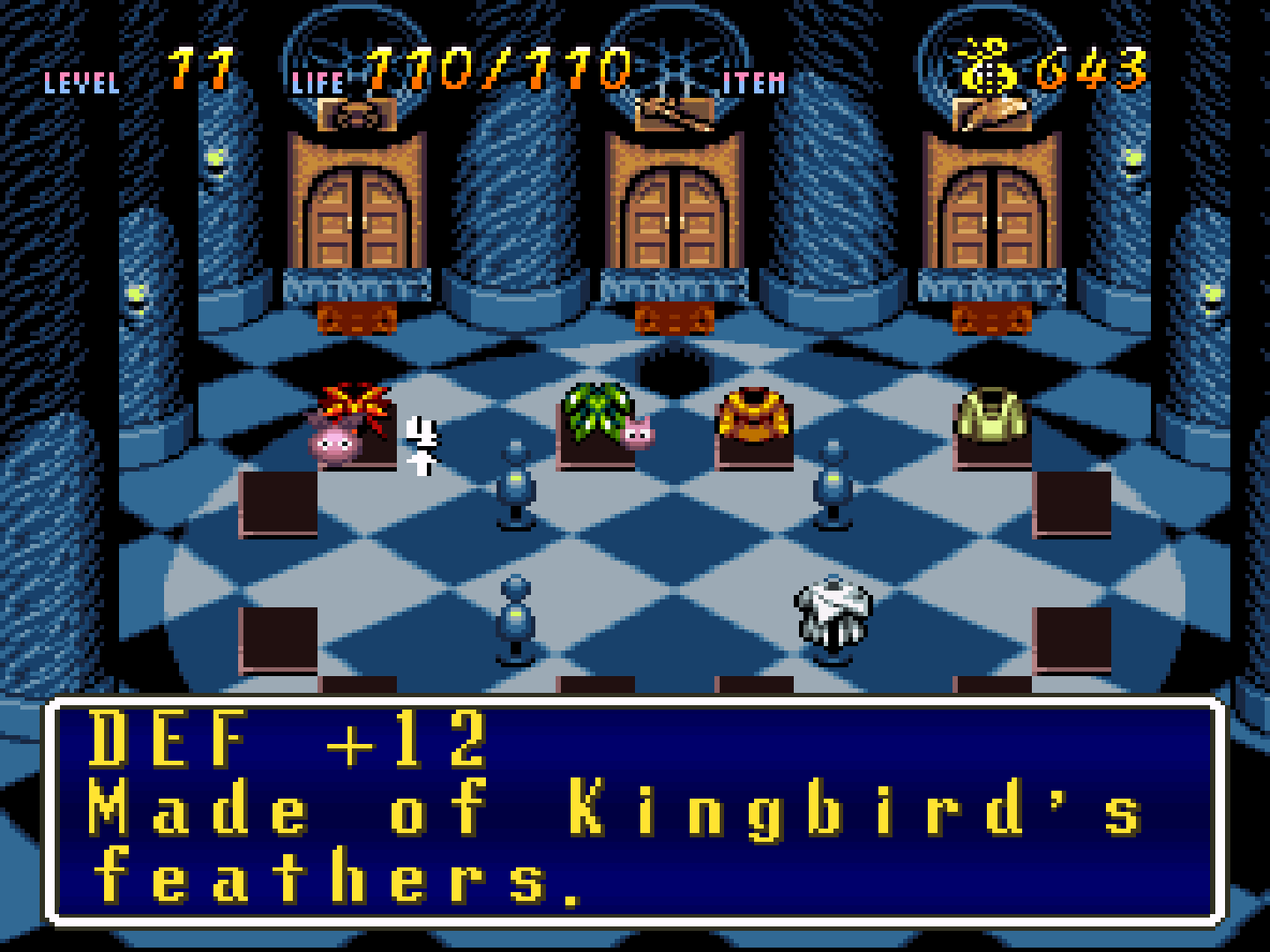 I have Ark climb to the peak of the cliff here. 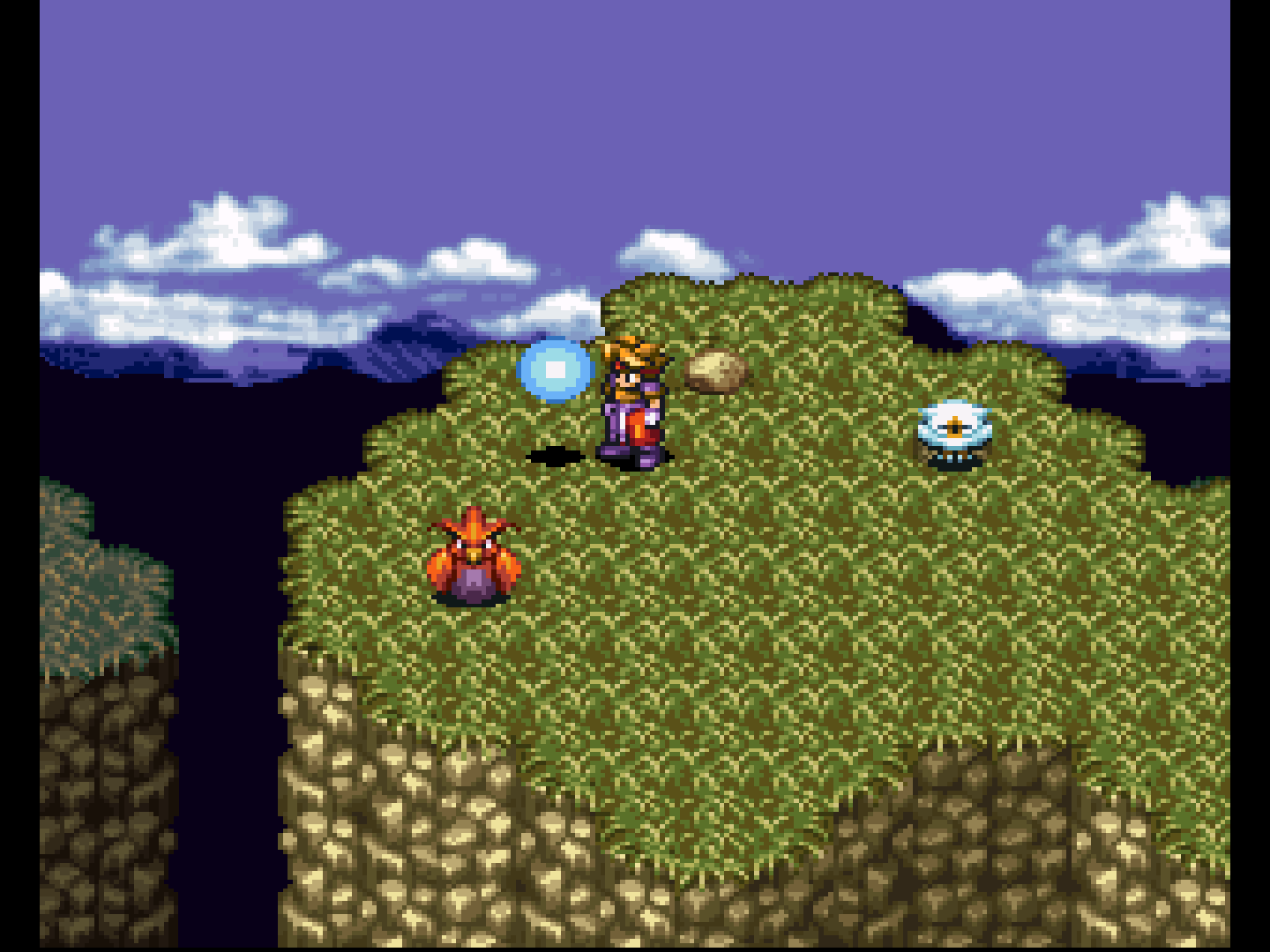 The soul is another magishop.

One kingbird points us to where the king of birds is, who's all the way to the east.

We toss away a rock and climb up the long rope to where the King of Birds is. 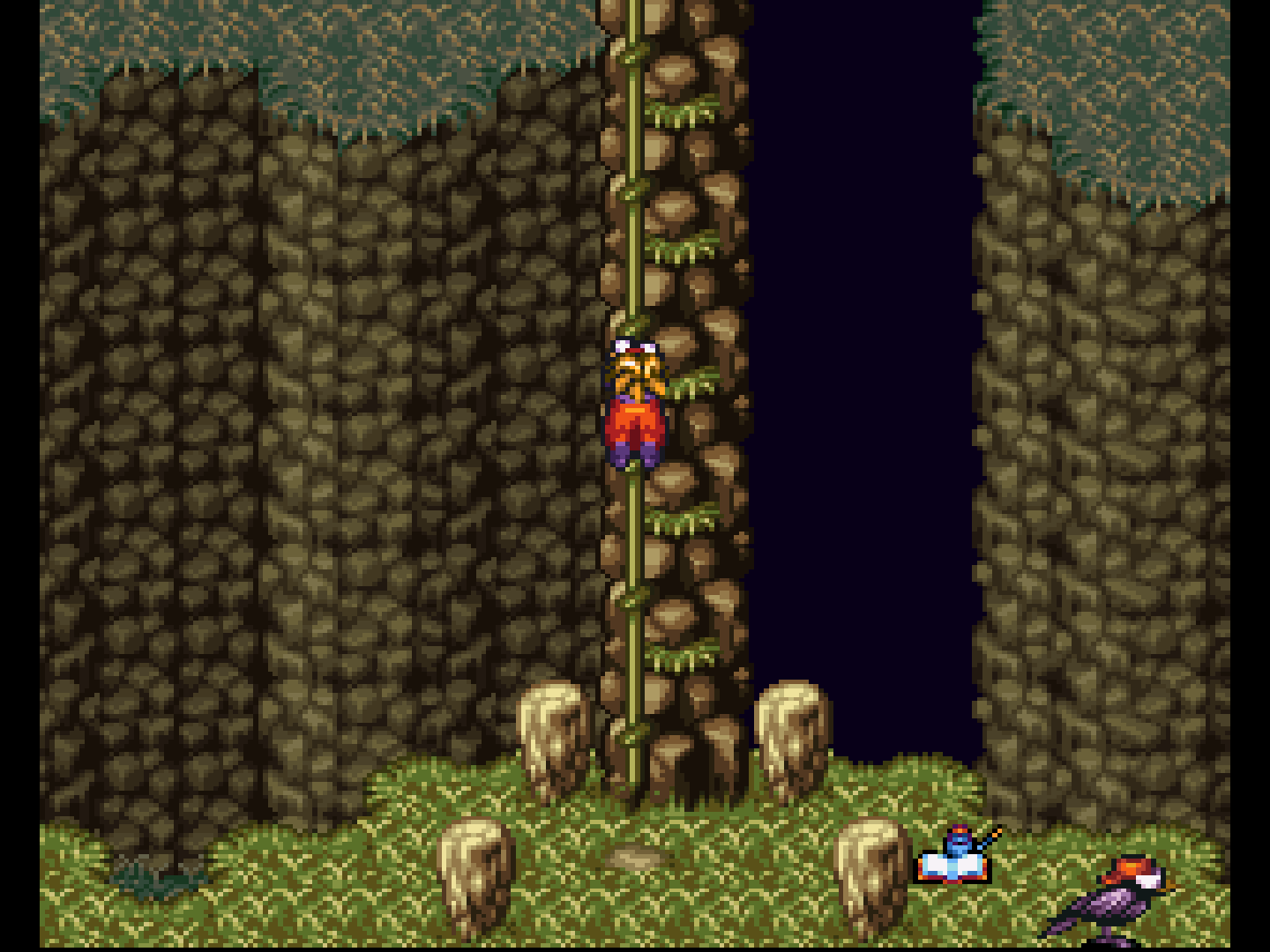 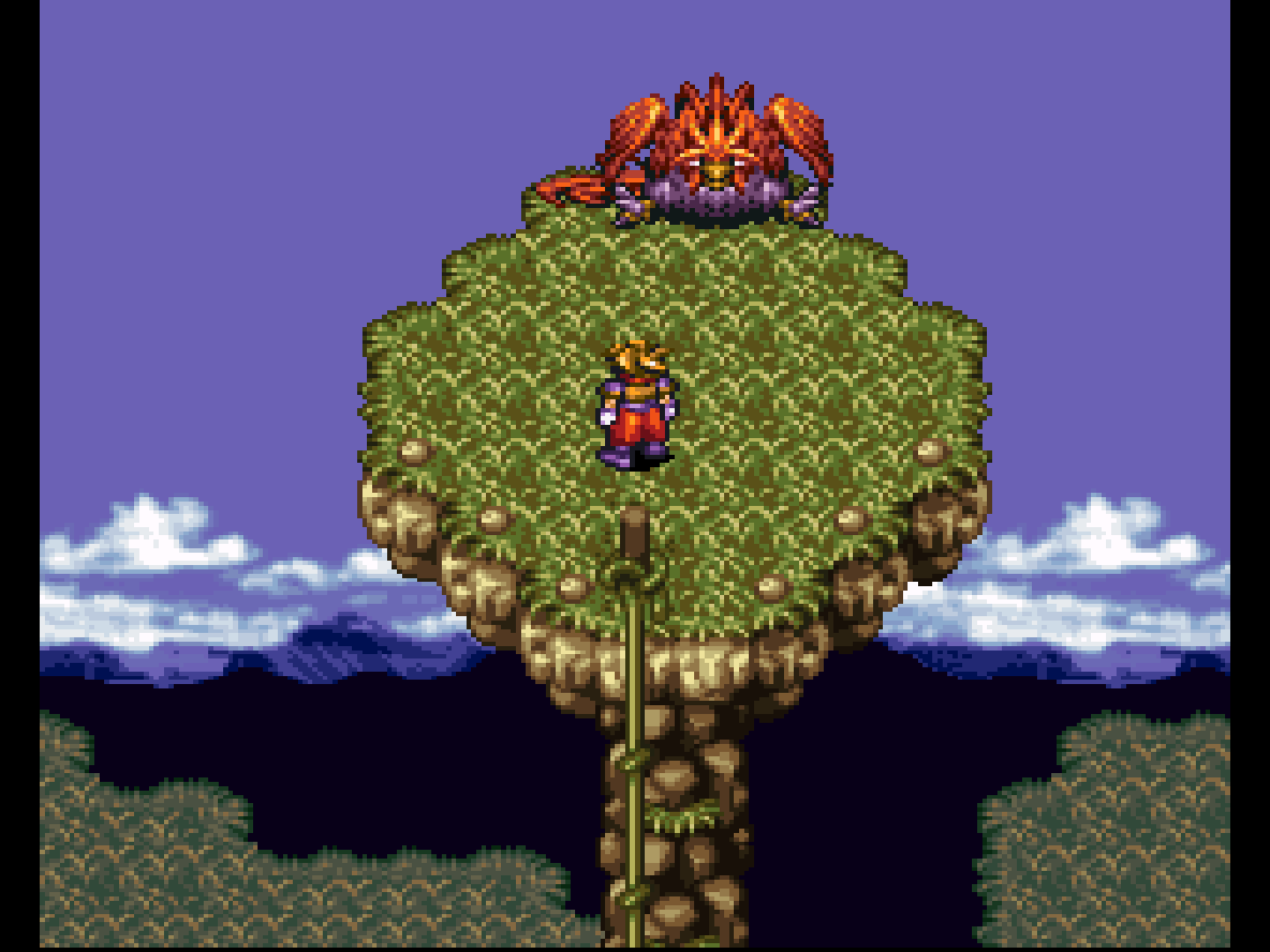 He gives us his gratitude.

He knows, though, that we still have a long way to go before everything is restored. 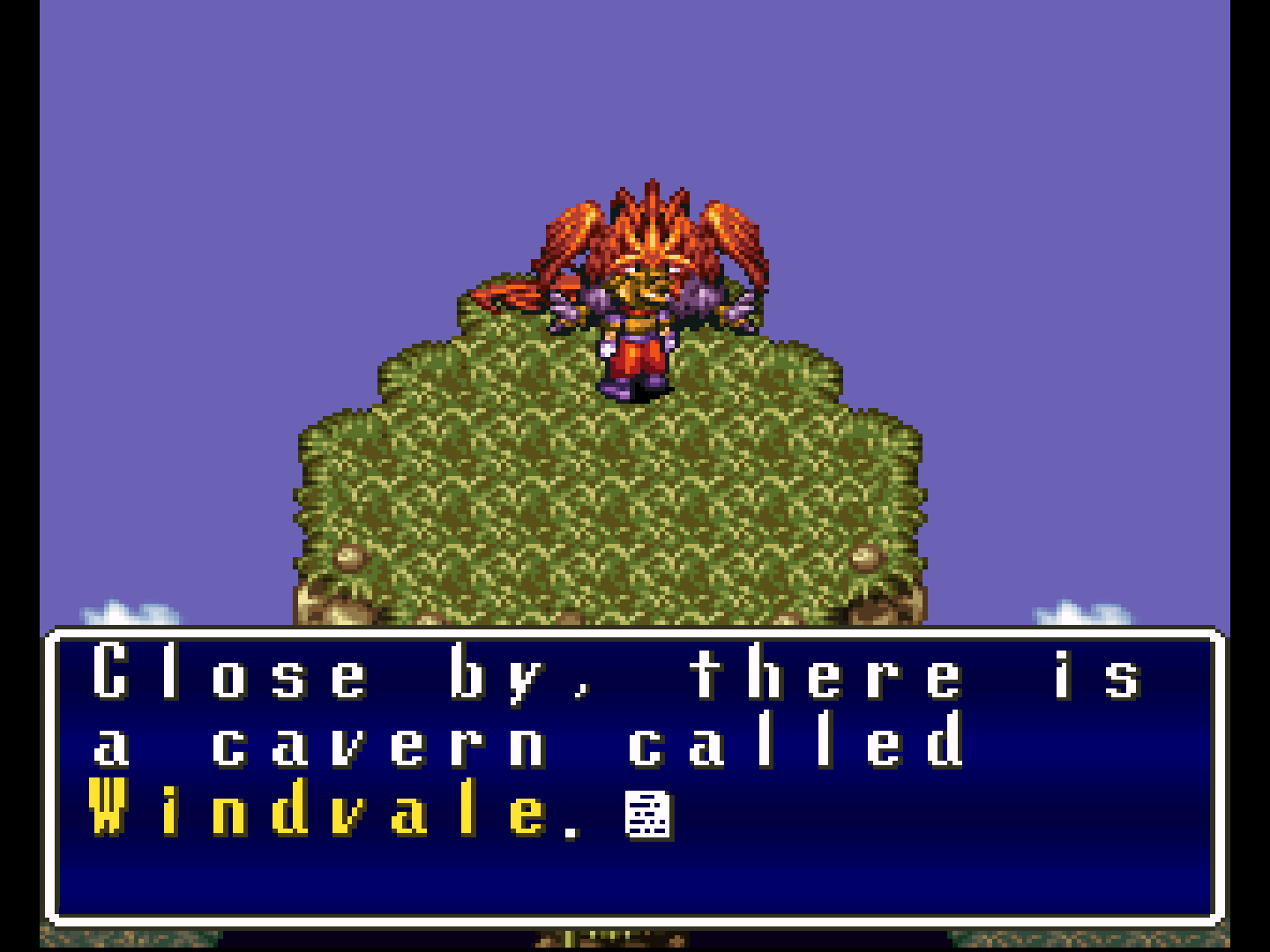 I see, that unreachable cavern near the river east of here is probably the entrance to Windvale.

King of Birds: "Wind from it in the spring tells that we must fly to new lands. But this year, the wind has not blown. We are concerned."

"Concerned" is an understatement.

Speaking to the King again, he tells us we can get there by asking the trio of gulls. 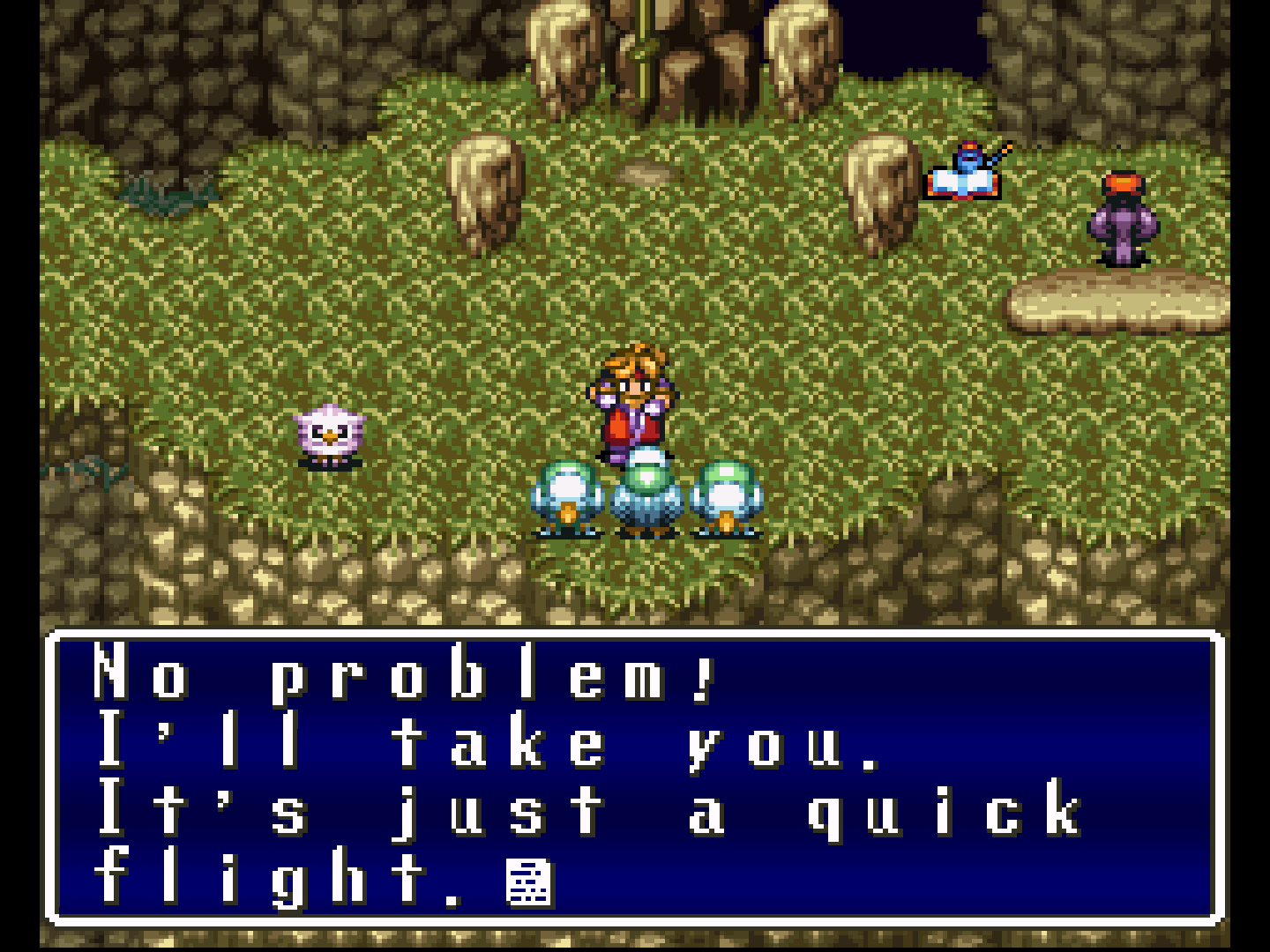 But, I have Ark tell one of the gulls to carry us to Windvale later. The gull's a bit bummed out...

Okay, that's it! I'm not sure that I'll continue this playthrough on the beginning of December like I promised in previous posts, but rather, next year, starting on late February to March! Until then, thank you for reading these liveblogs. Again, it really means a lot!

Aside: Note that I did not continue the playthrough of this game until late August of "next year," 2020.