A bit more prepared, we make our long trek to the second cliff.

Thanks to the Claws, getting there is a bit more easier... 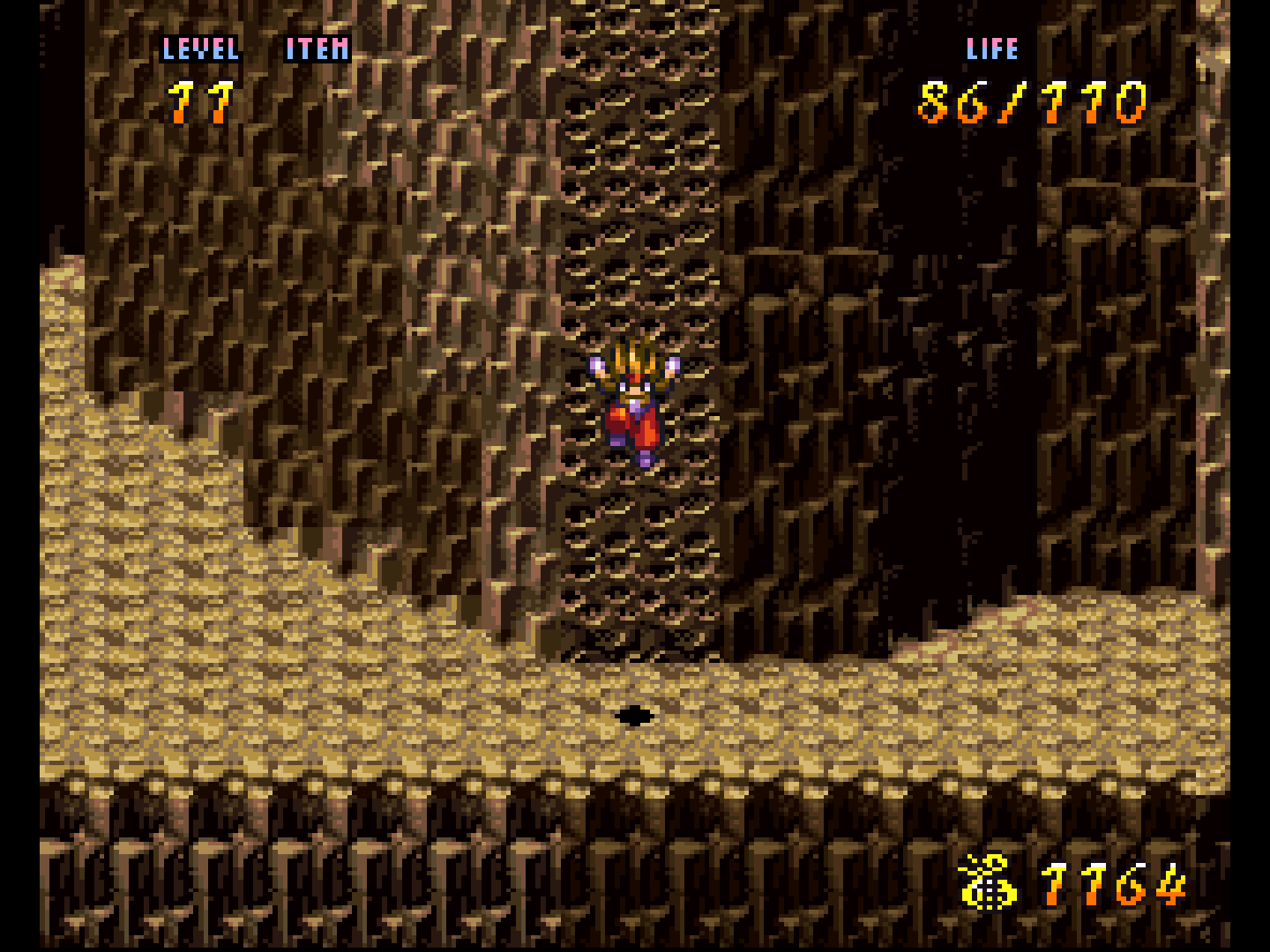 What a long drop!

Up the second cliff, where the swooping Peritons await! 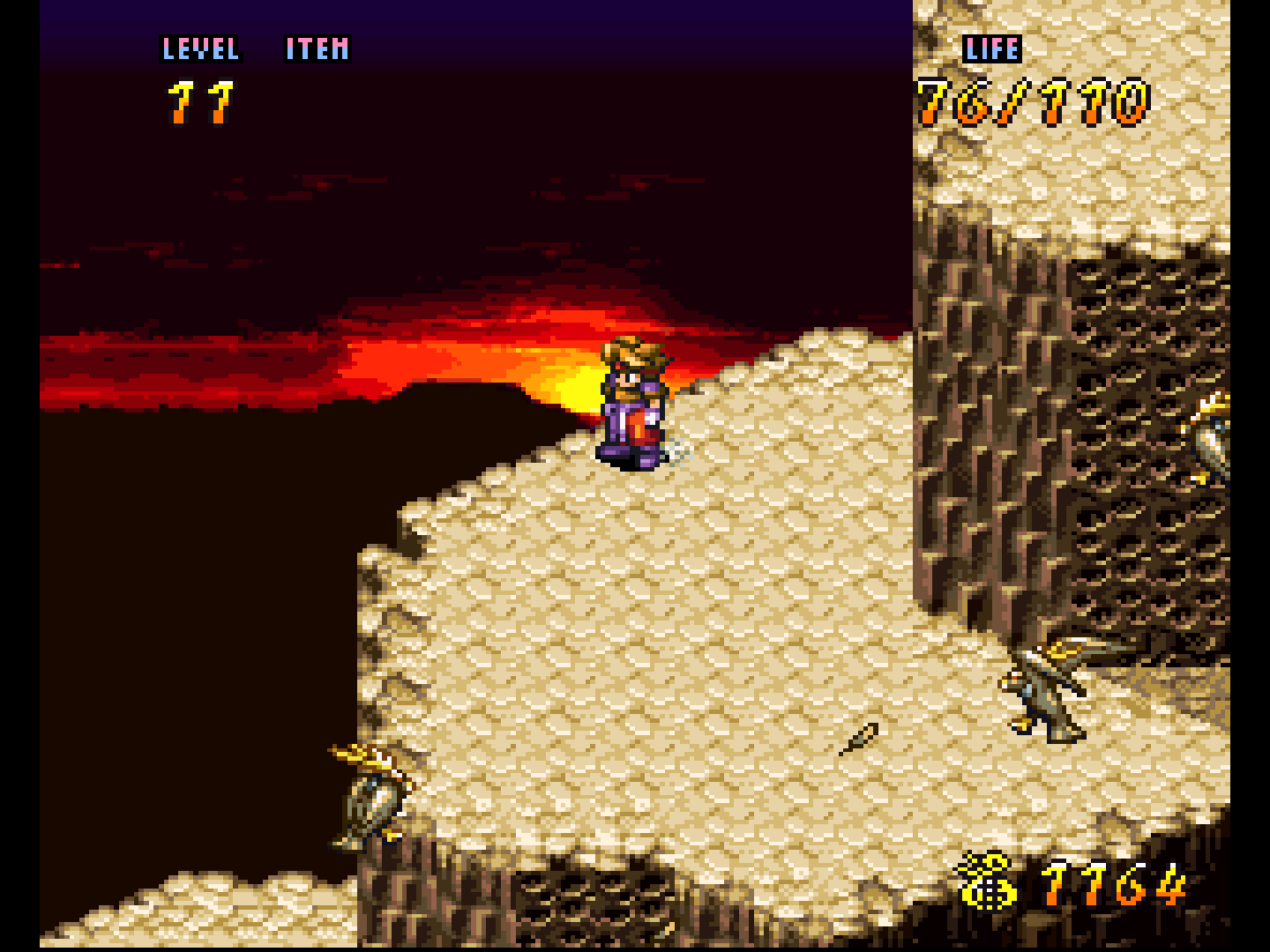 We've reached the top, and a medium healing bulb is the prize!

With nothing else here, we go back to the first cliff and continue on... 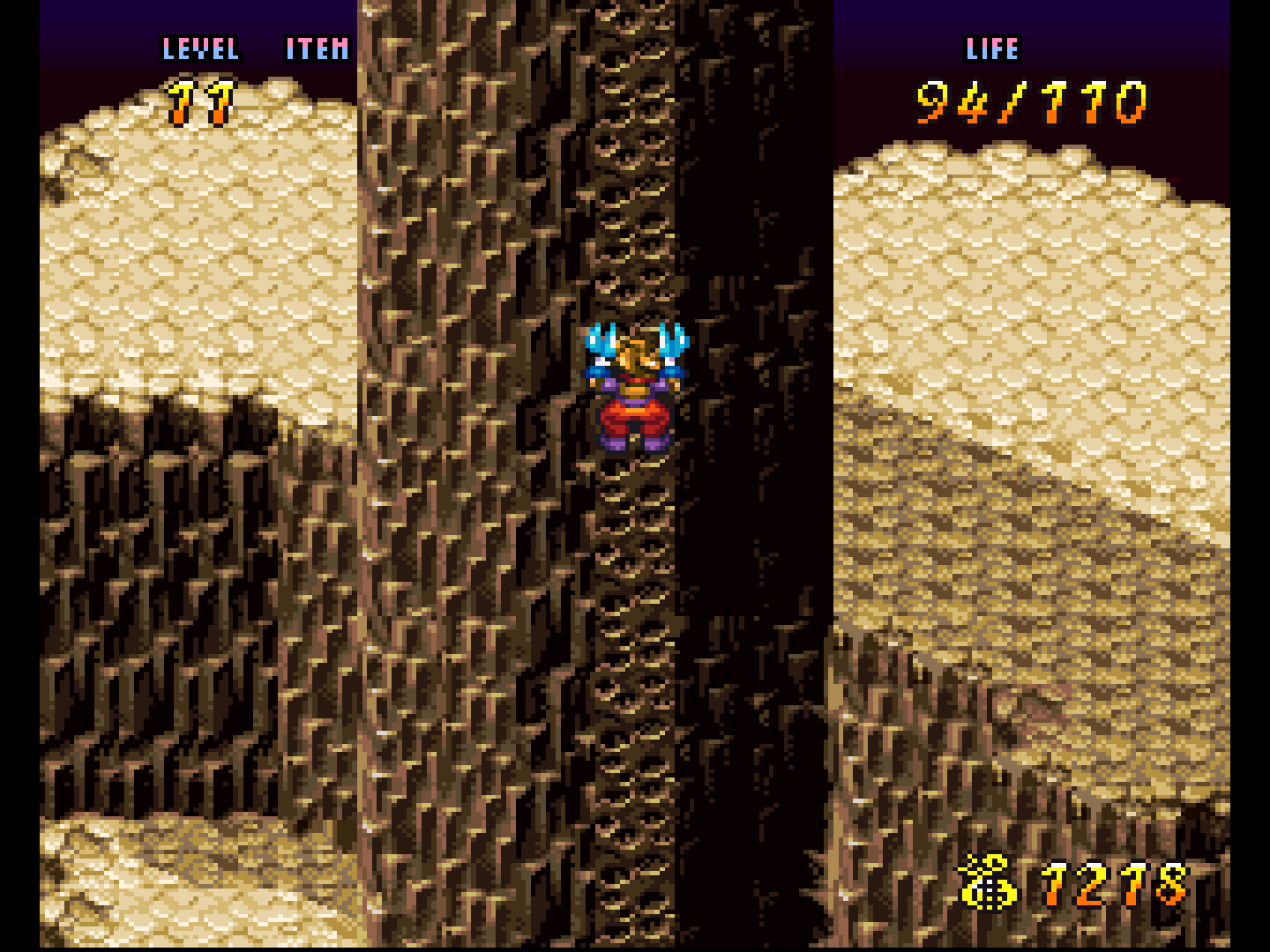 It seems that we're getting close to the boss by how tall this cliff is.

...and I'm right, as the boss music starts playing as soon as we make it to the peak! 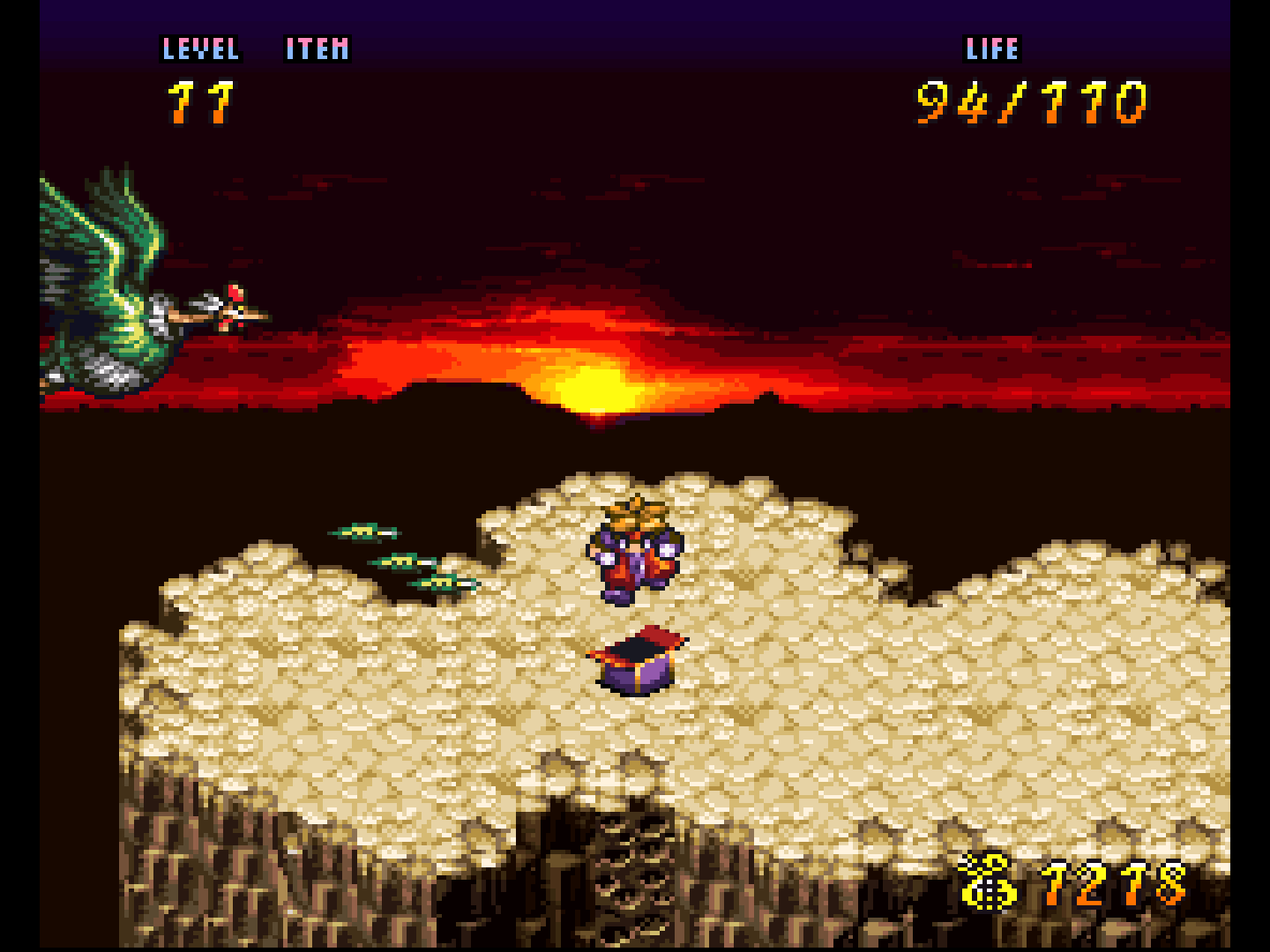 The boss is a flying giant bird!

I plan my next strategy...

Looks like I'll have to wait until the boss is at a closer range...

The overgrown bird can shoot feathers, and can swoop down on us.

Plus, the giant bird brought in reinforcements! 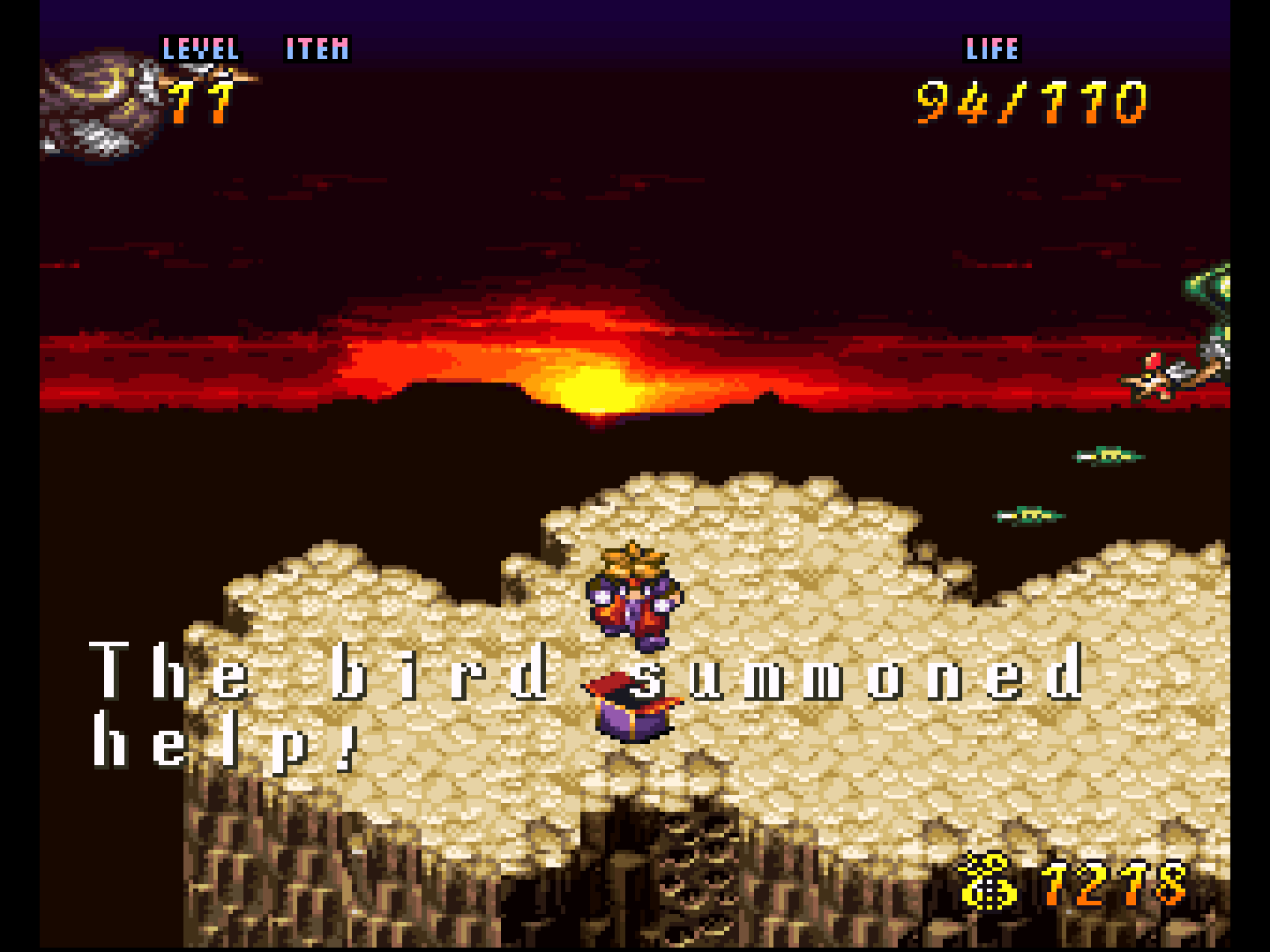 I find out the partner can't be hurt.

I use a Fire Ring on the giant bird, which does little damage.

While the giant bird swoops on us again, Ark accidentally falls off the cliff!

Thank god it's not game over, but I have to fight the bird again!

After falling from the cliff again, on round 3, we make progress!

When the bird's health is low, the bird's friend comes to do its business...

After one more hit, the fireworks parade begins! 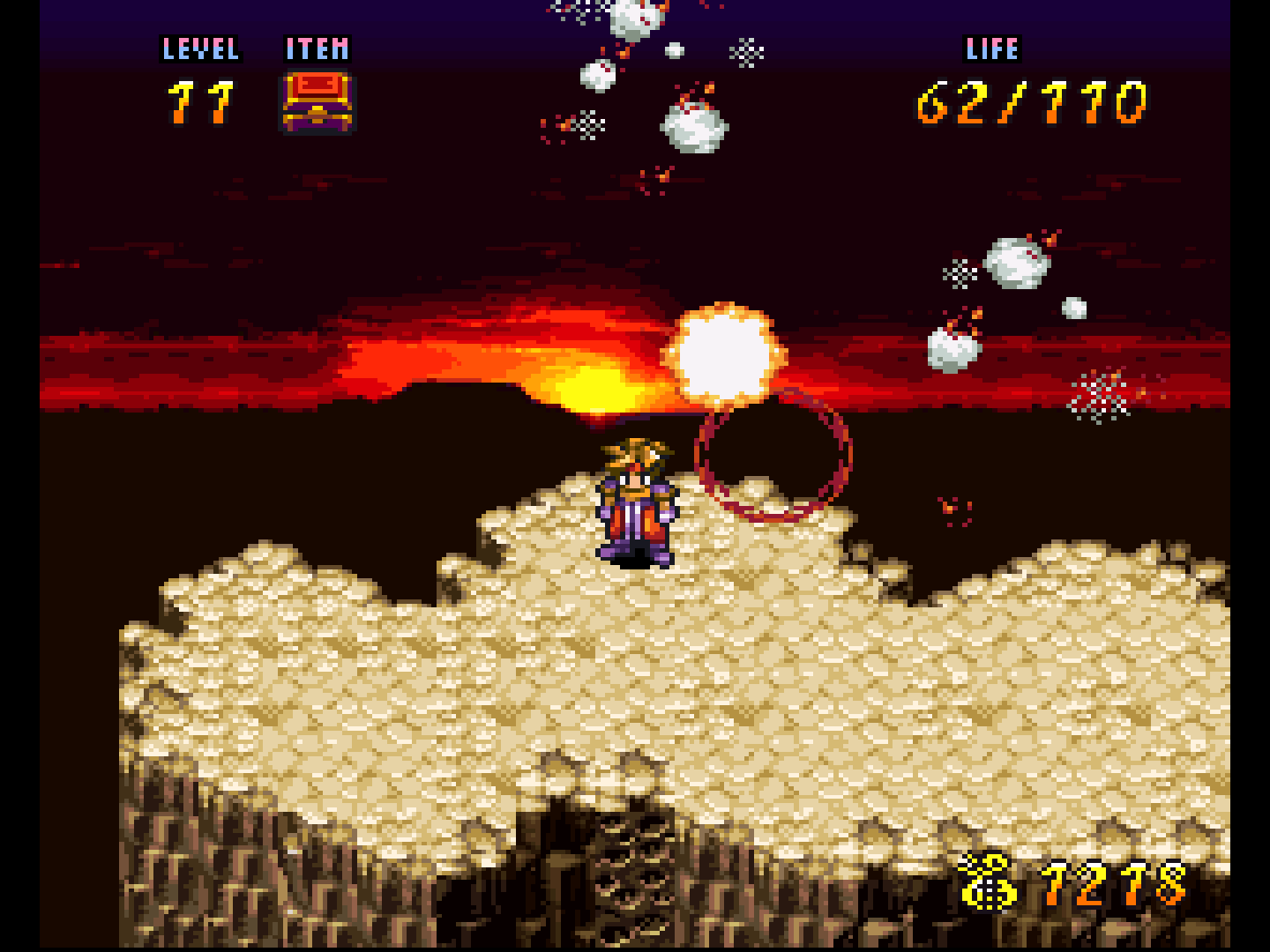 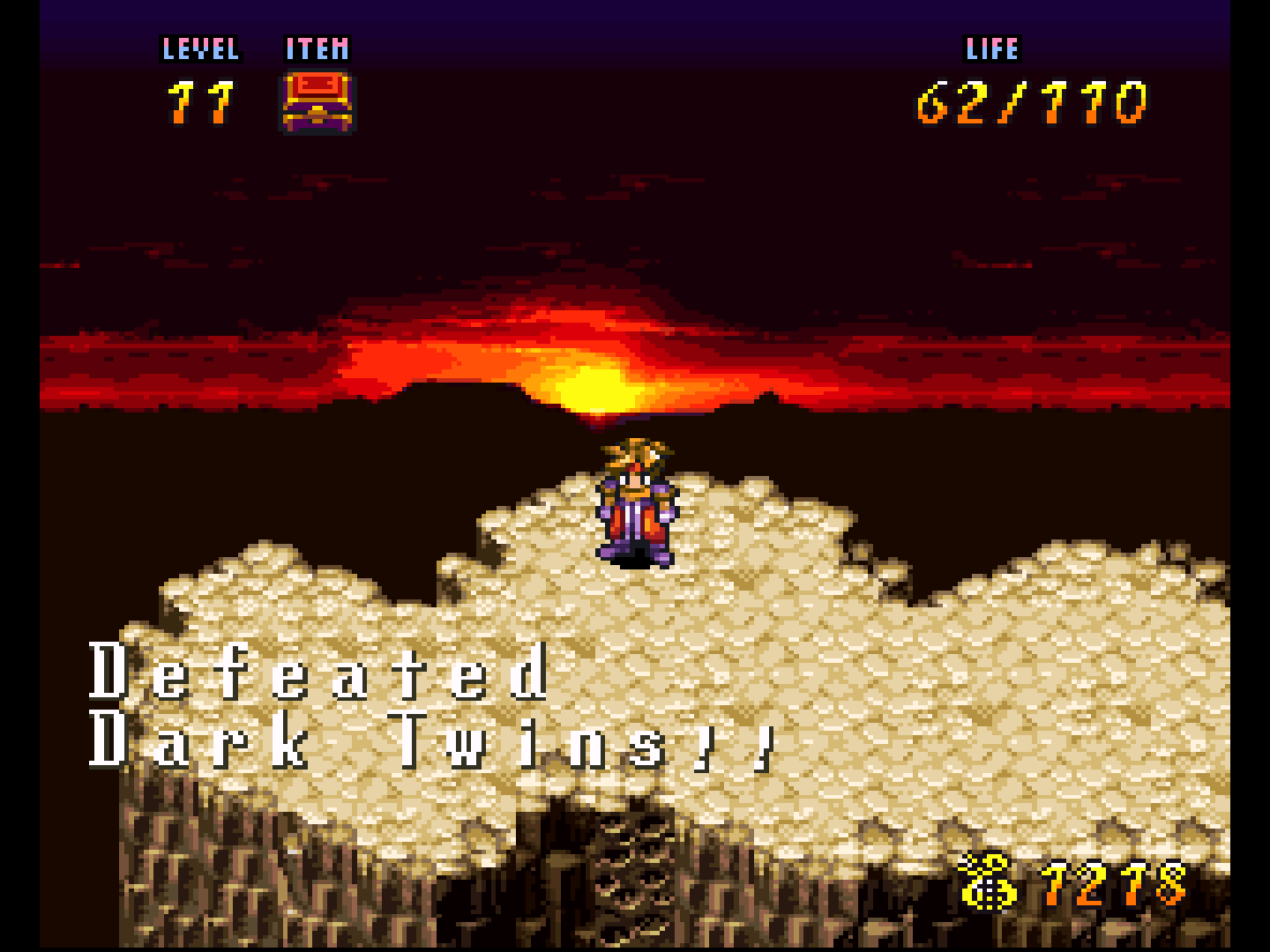 "Birds changed into monsters should regain their forms. But remember this: It is still too early for the world to be resurrected. You must lead the growth of living things." 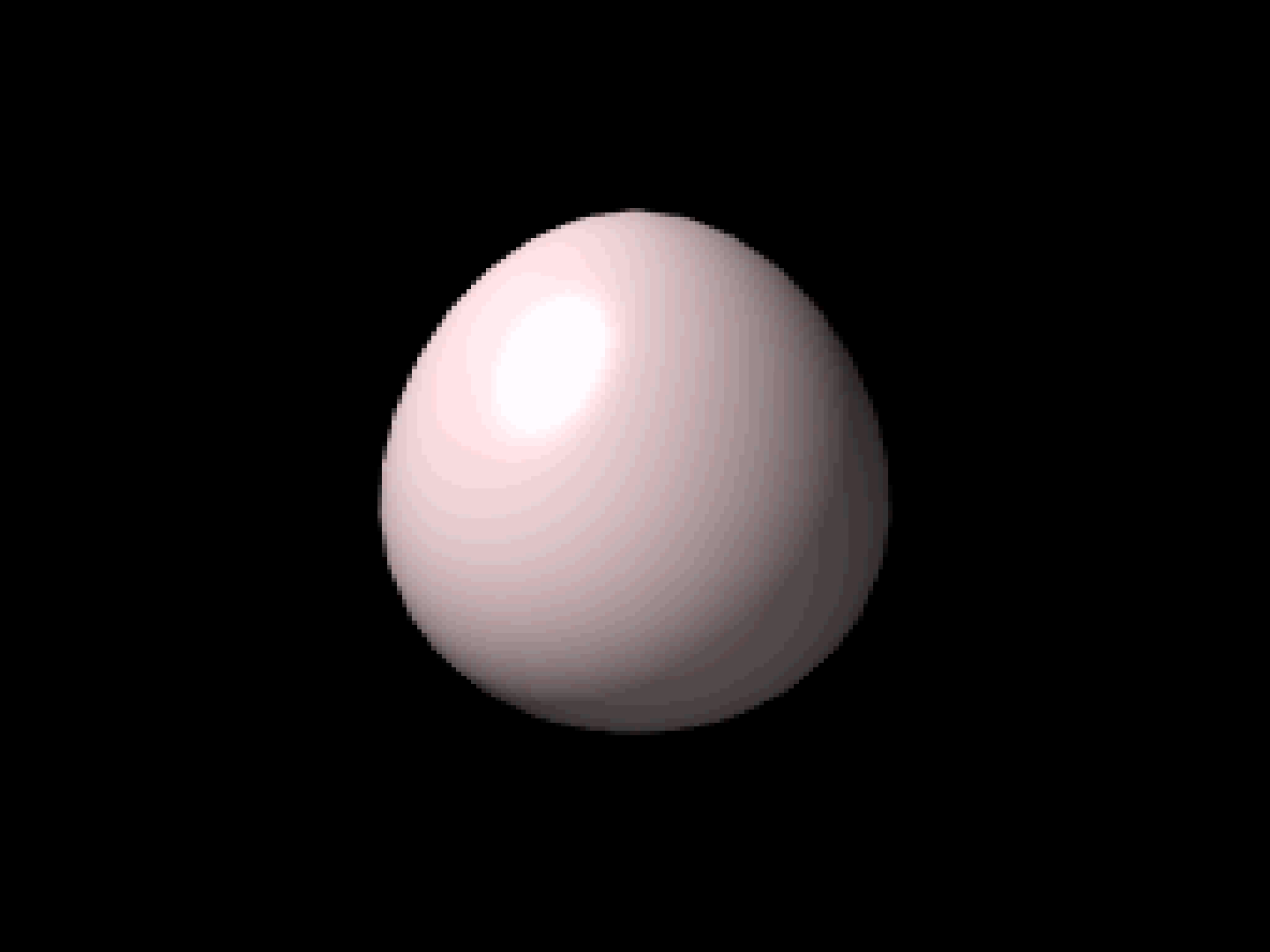 An eagle starts to soar up to the sky! 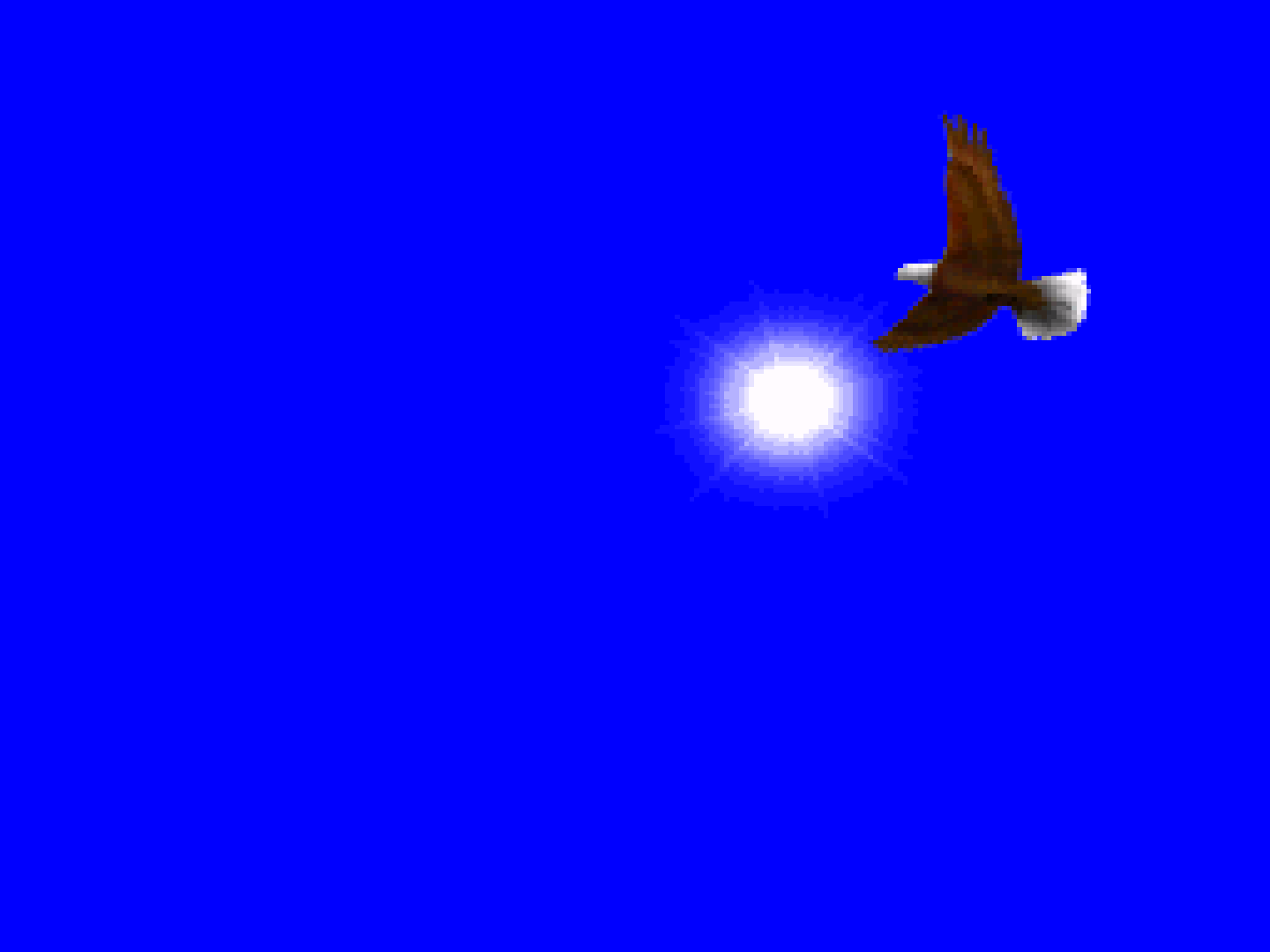 More birds begin to fly through the peaks... 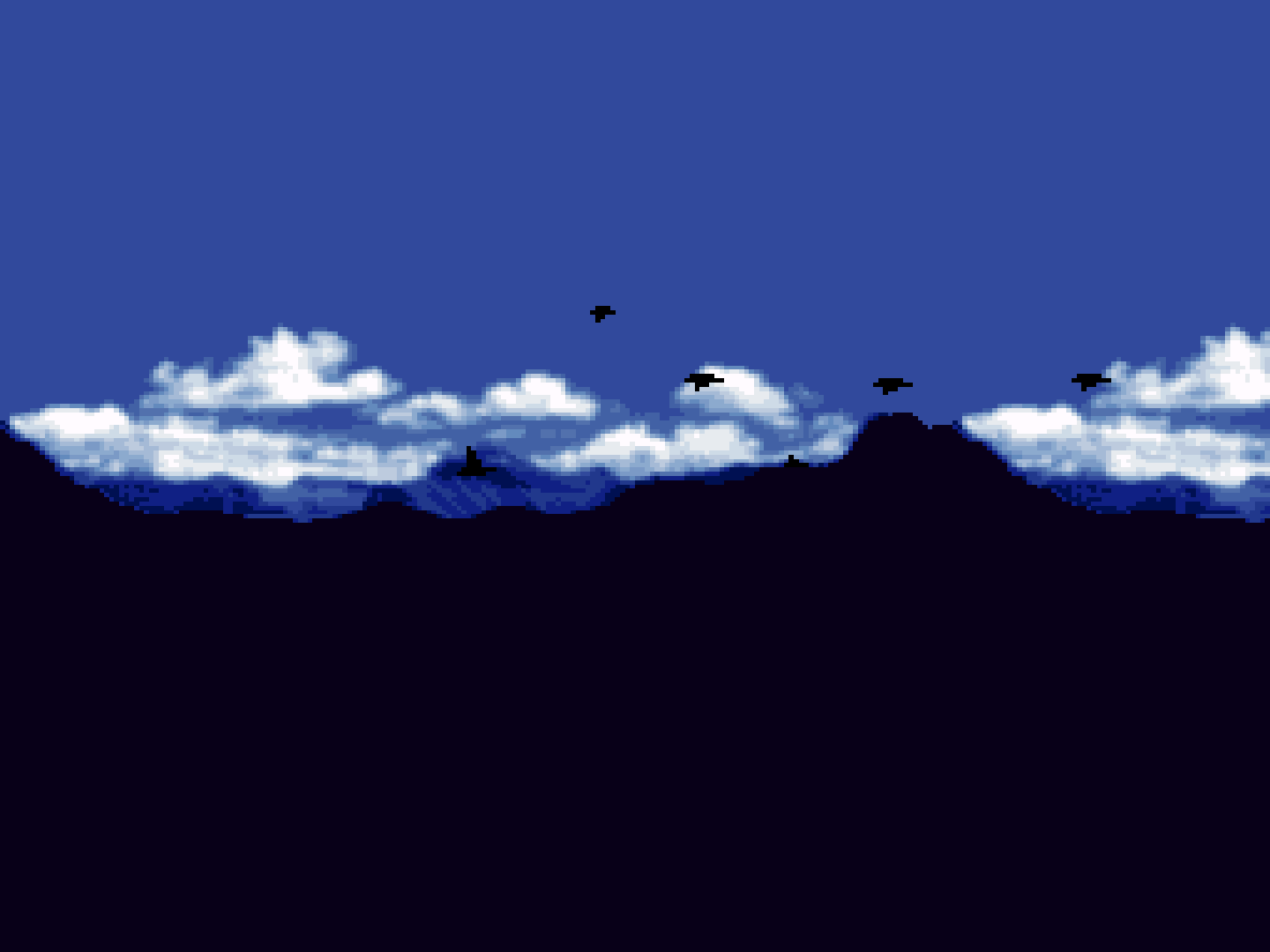