We're now at the next chapter of this game! 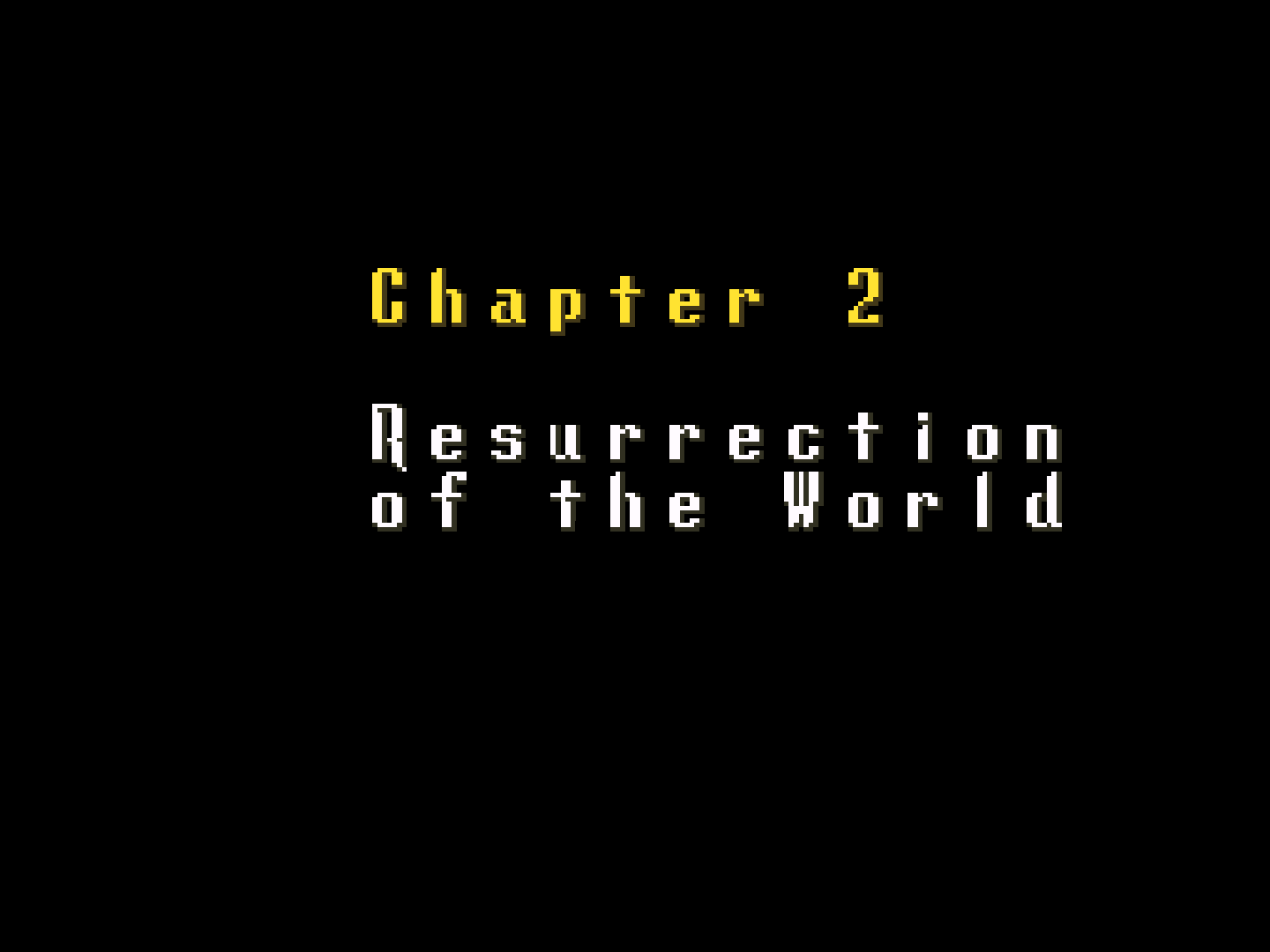 Where will Ark land? 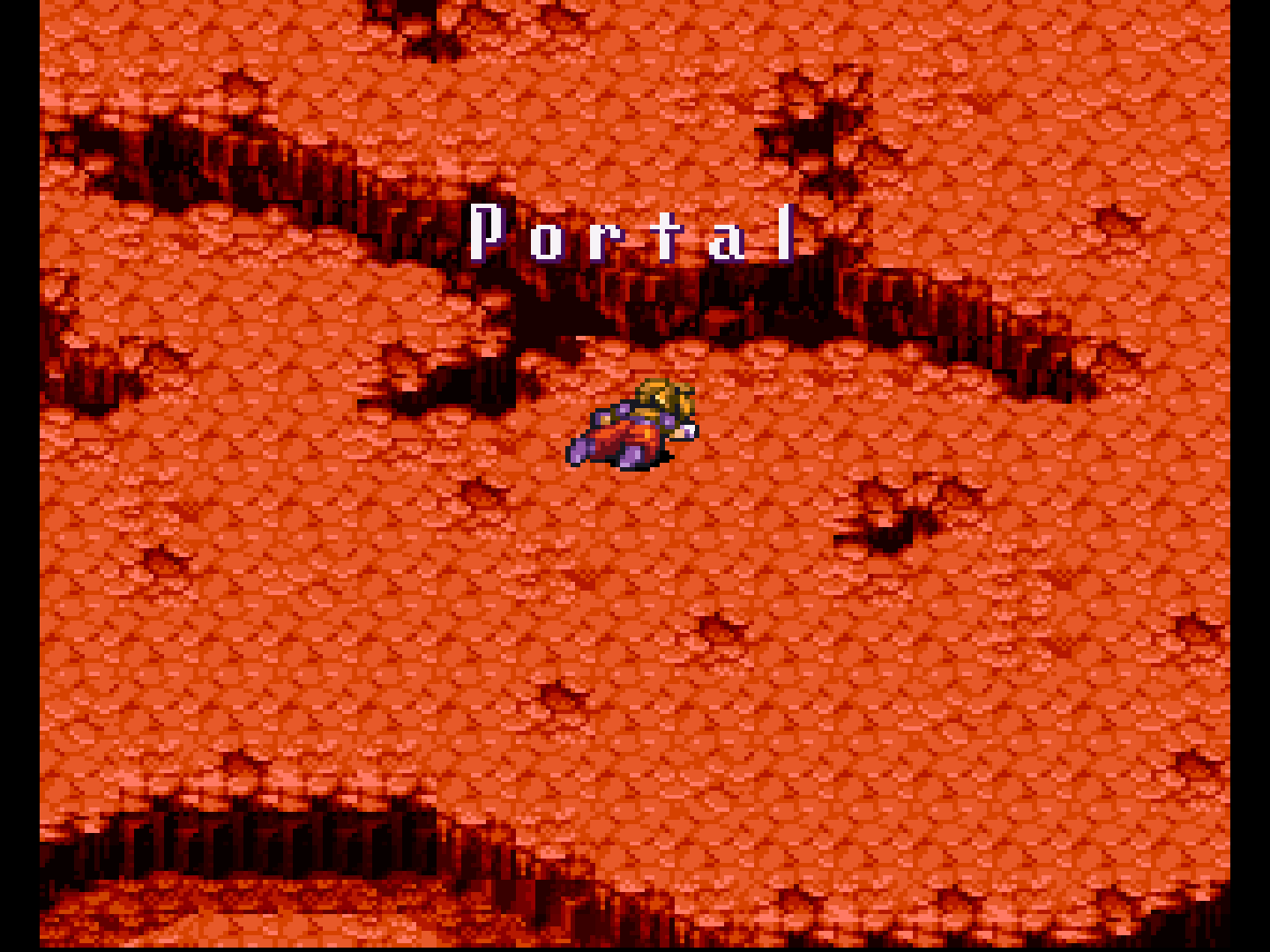 Where is Ark now? In Australia, or in Eurasia?

"How much time has passed? Ark slowly opened his eyes to a barren wasteland devoid of life."

Ark wakes up and looks around.

Ark: "So this is [from] the hole I came through. There's no turning back now." 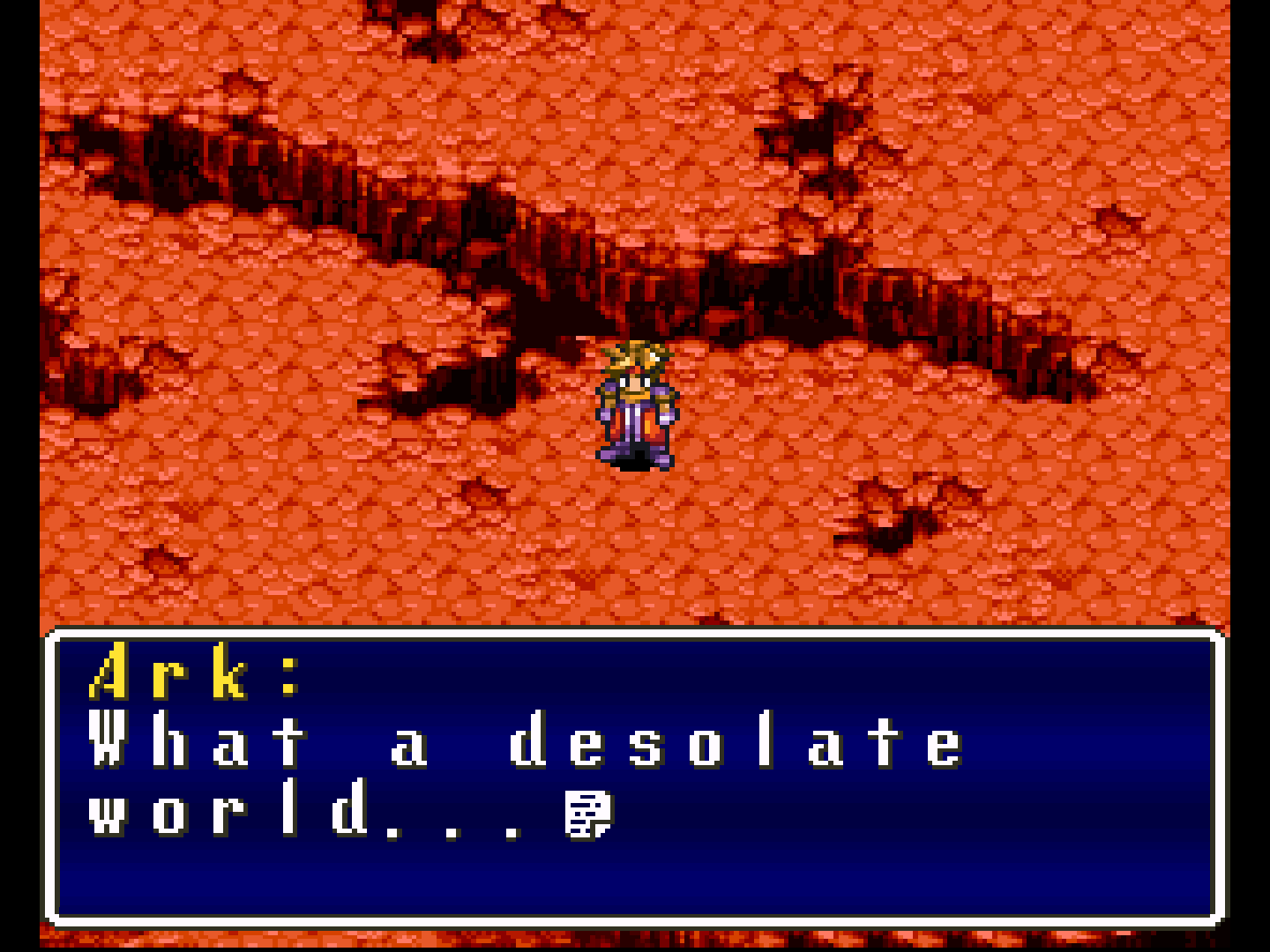 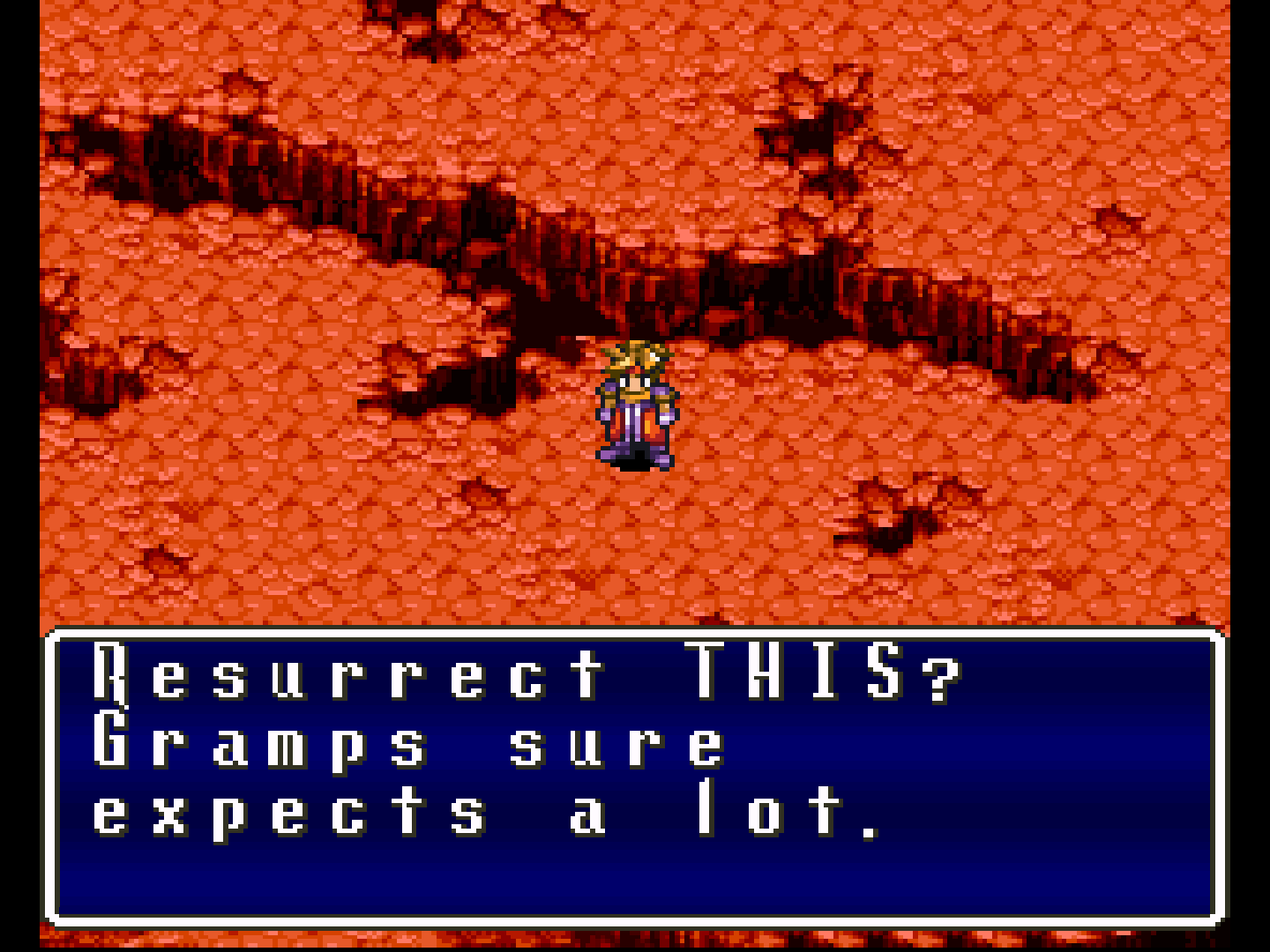 Yeah, where do we start, Ark?

Yomi bounces out of nowhere and giggles. 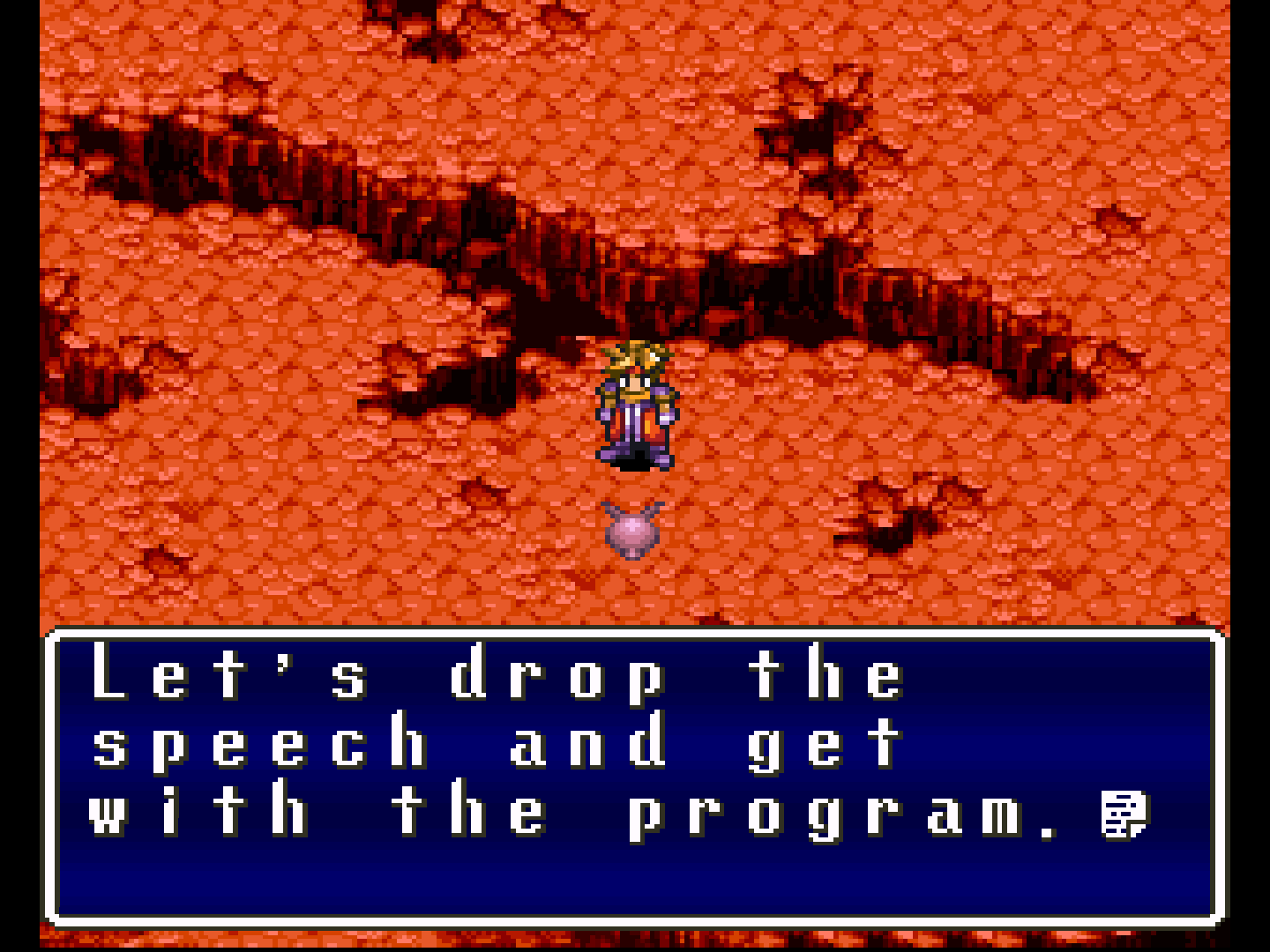 Yomi: "Ark. You can think but that won't change the world."
Ark: "Yeah, You can afford to be optimistic. We've been suddenly dropped into an empty world. It's hard not to be worried about what's up ahead." 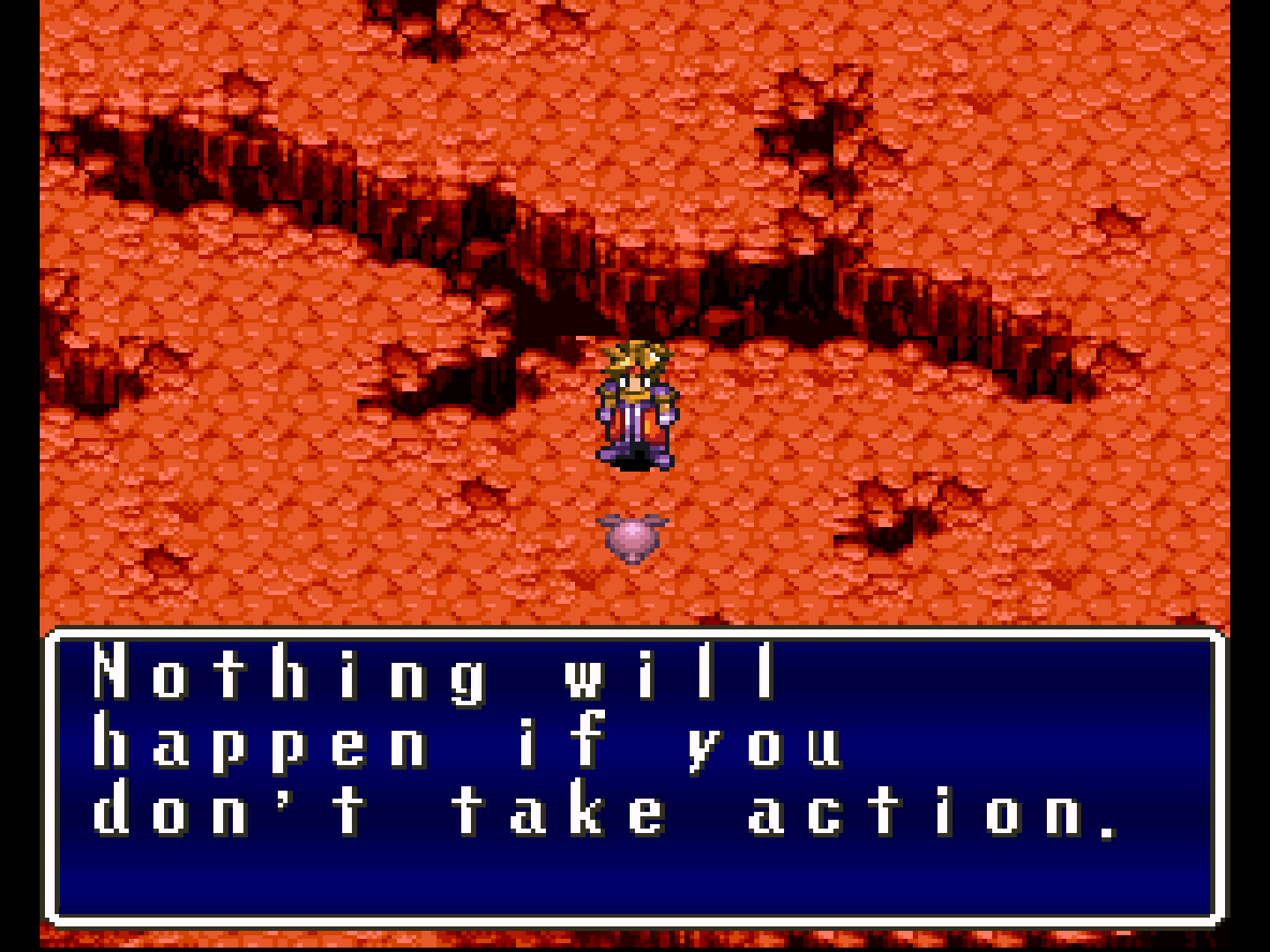 Where to start, though?

I have Ark walk around the wasteland.

Up north, we find a save point! 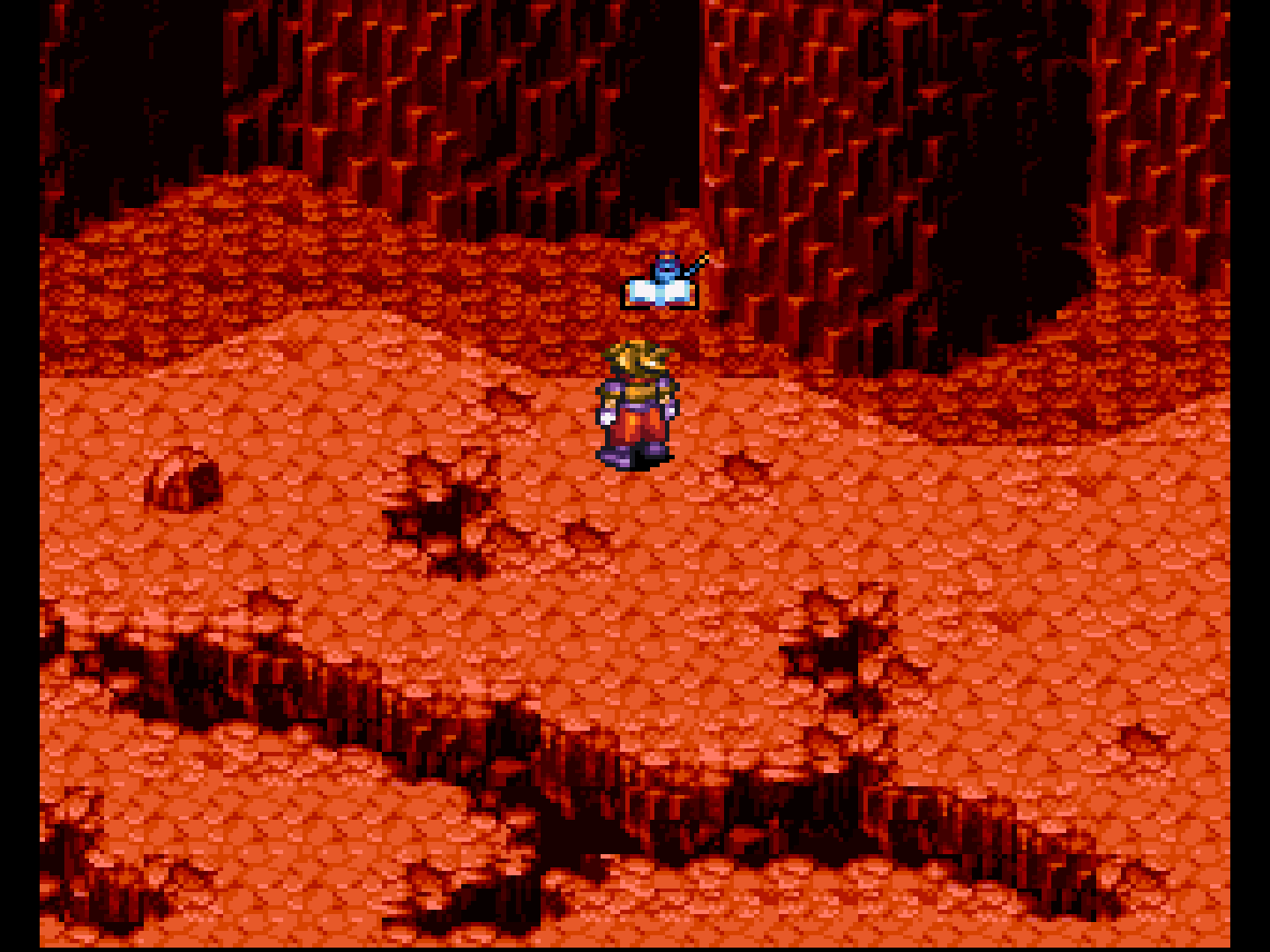 Once we save this file, we cannot return to the world where we came from...

I save and proceed. 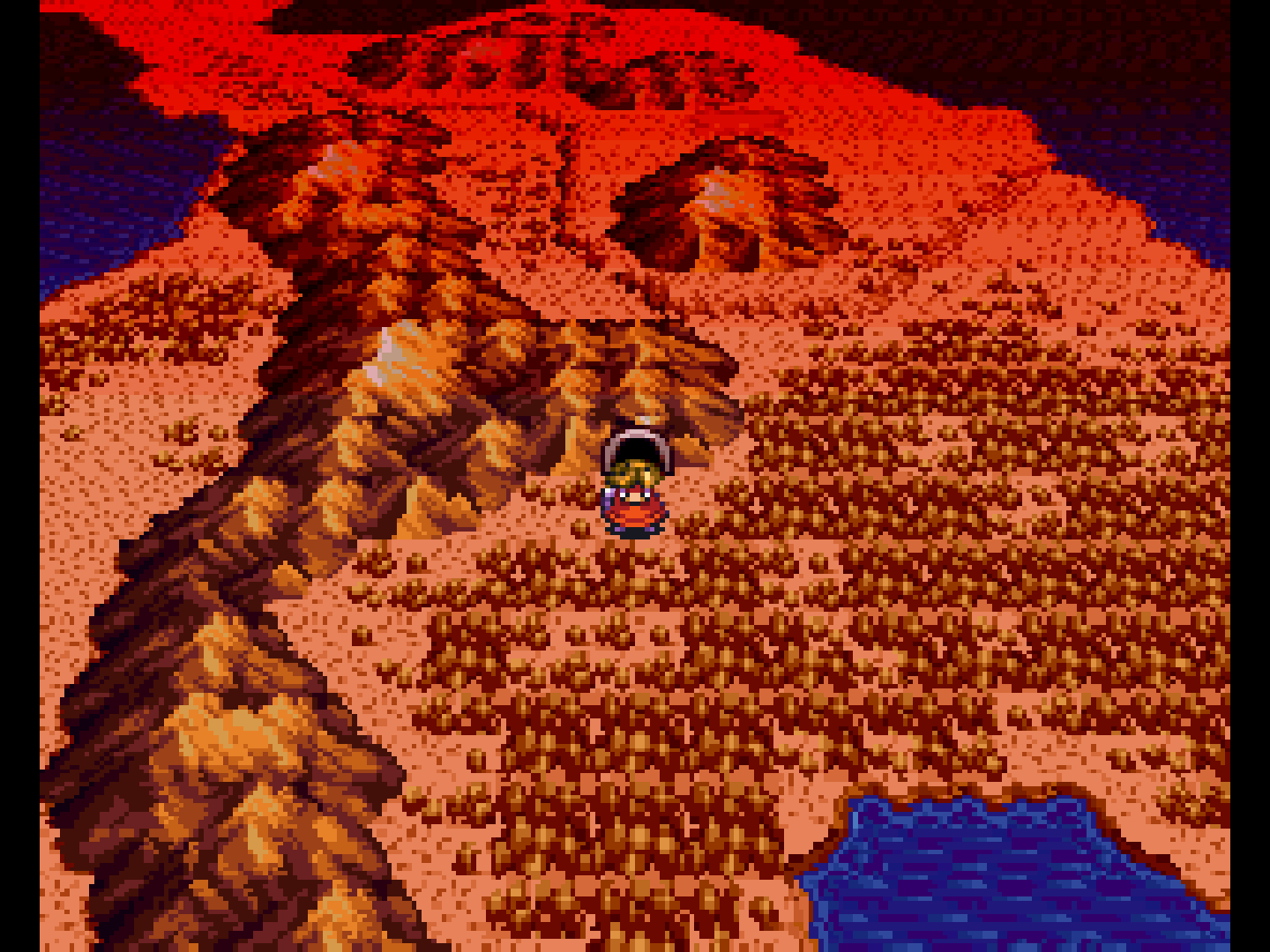 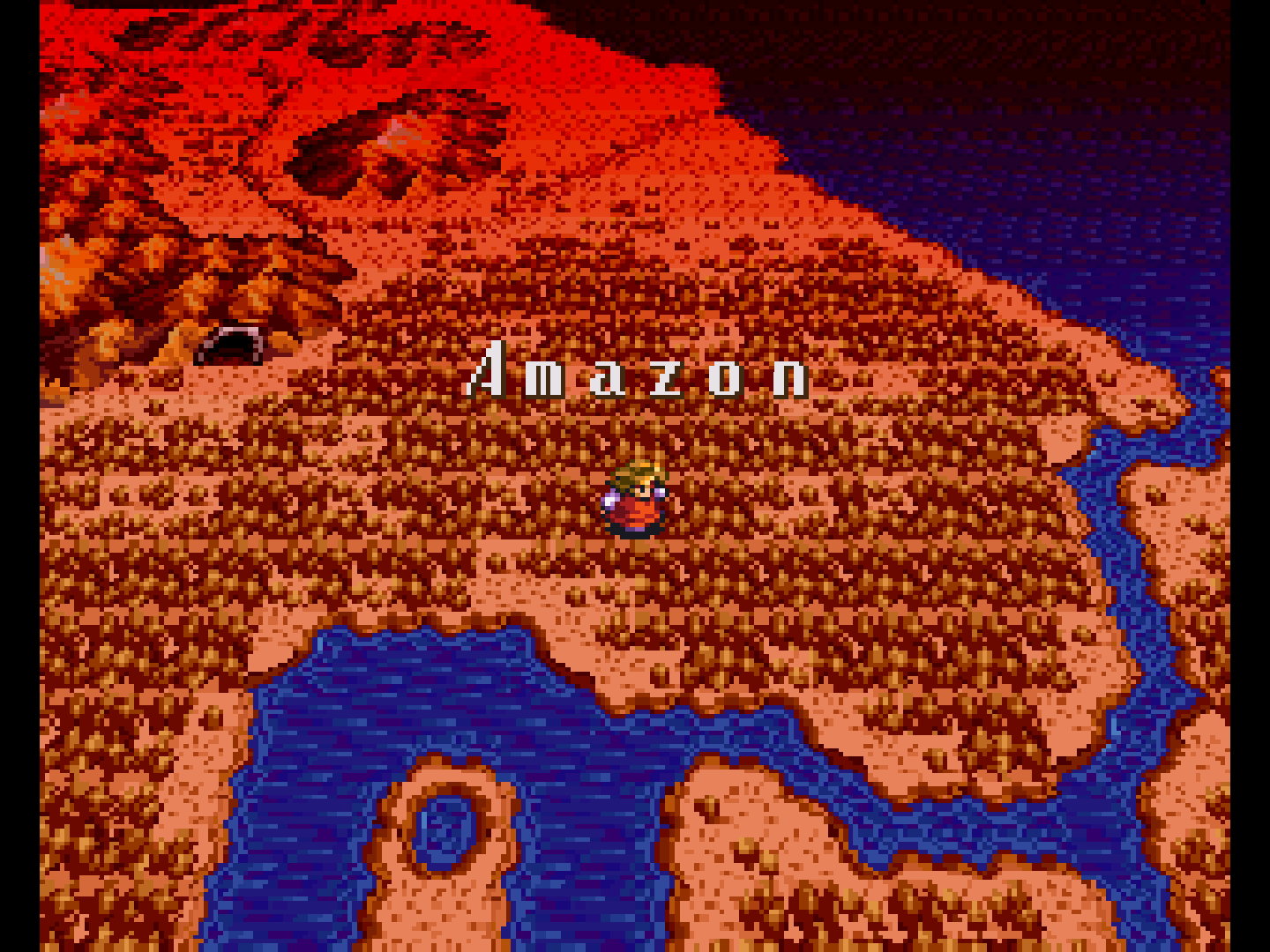 A prompt above Ark's head shows where we are: near the Amazon River. So we've been dropped into South America.

I go to the blue pool in the middle of the river: Evegreen. 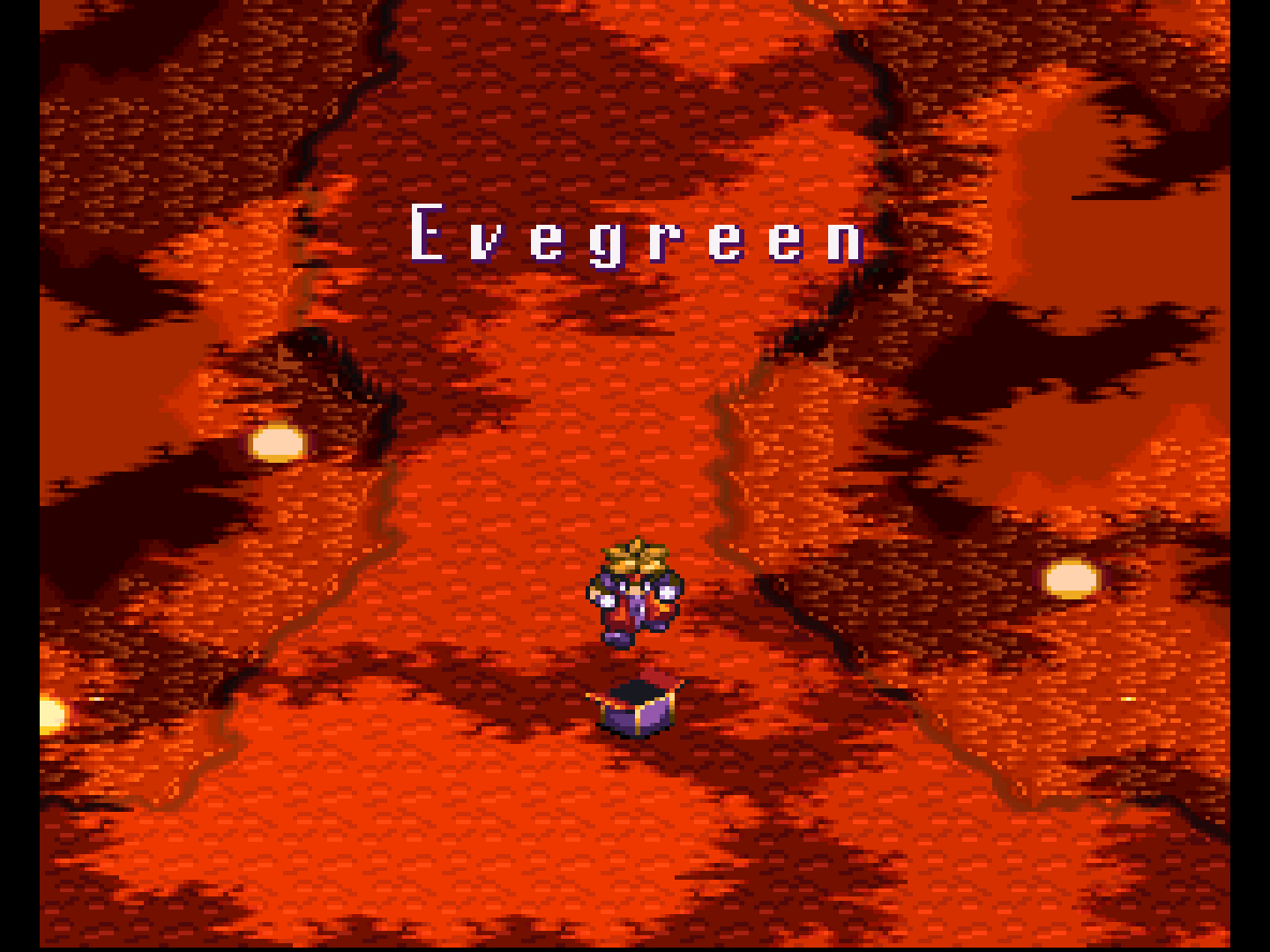 Holy heck, the whole place is covered in lava!

As we move forward, a voice calls to Ark. 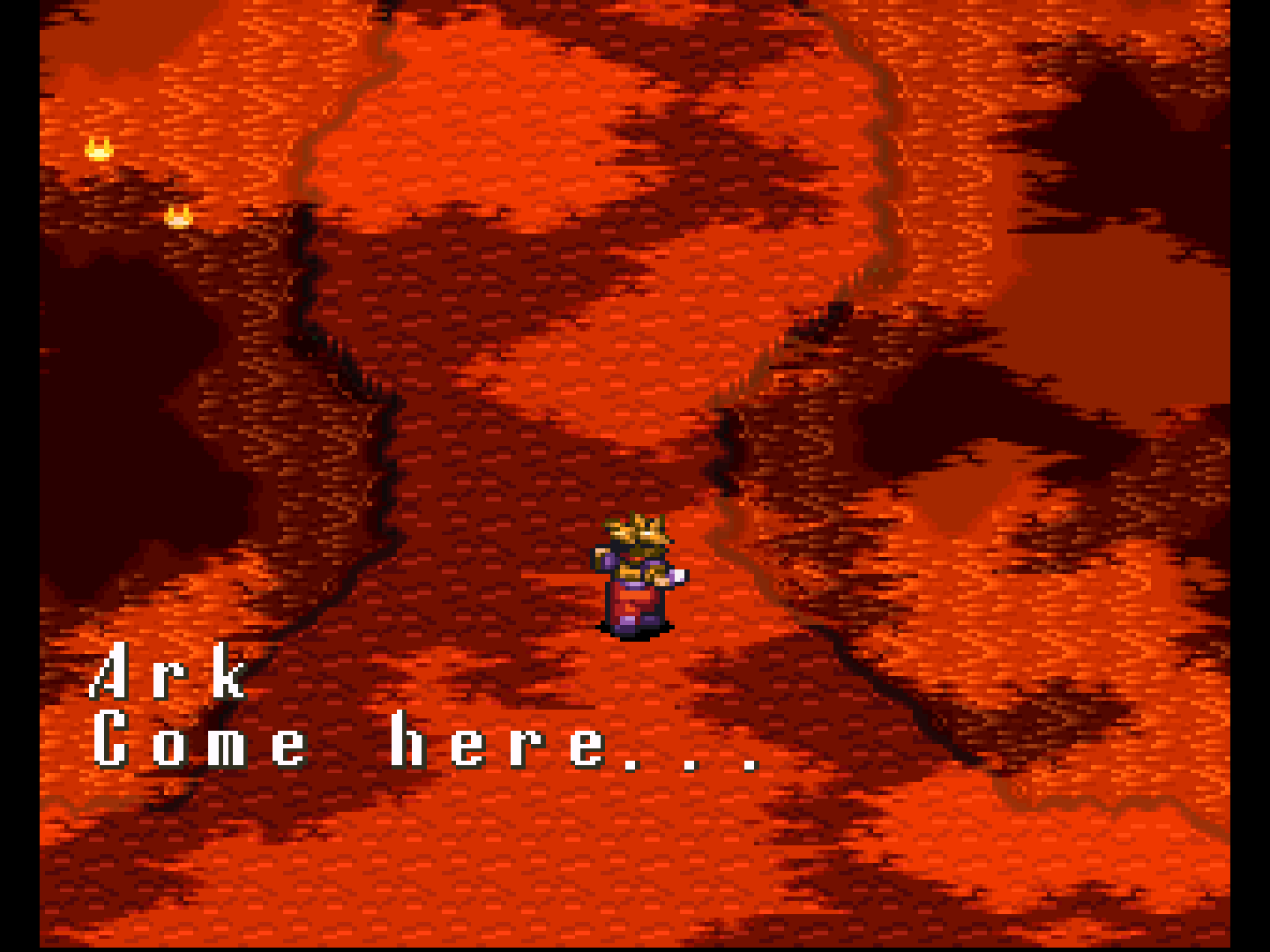 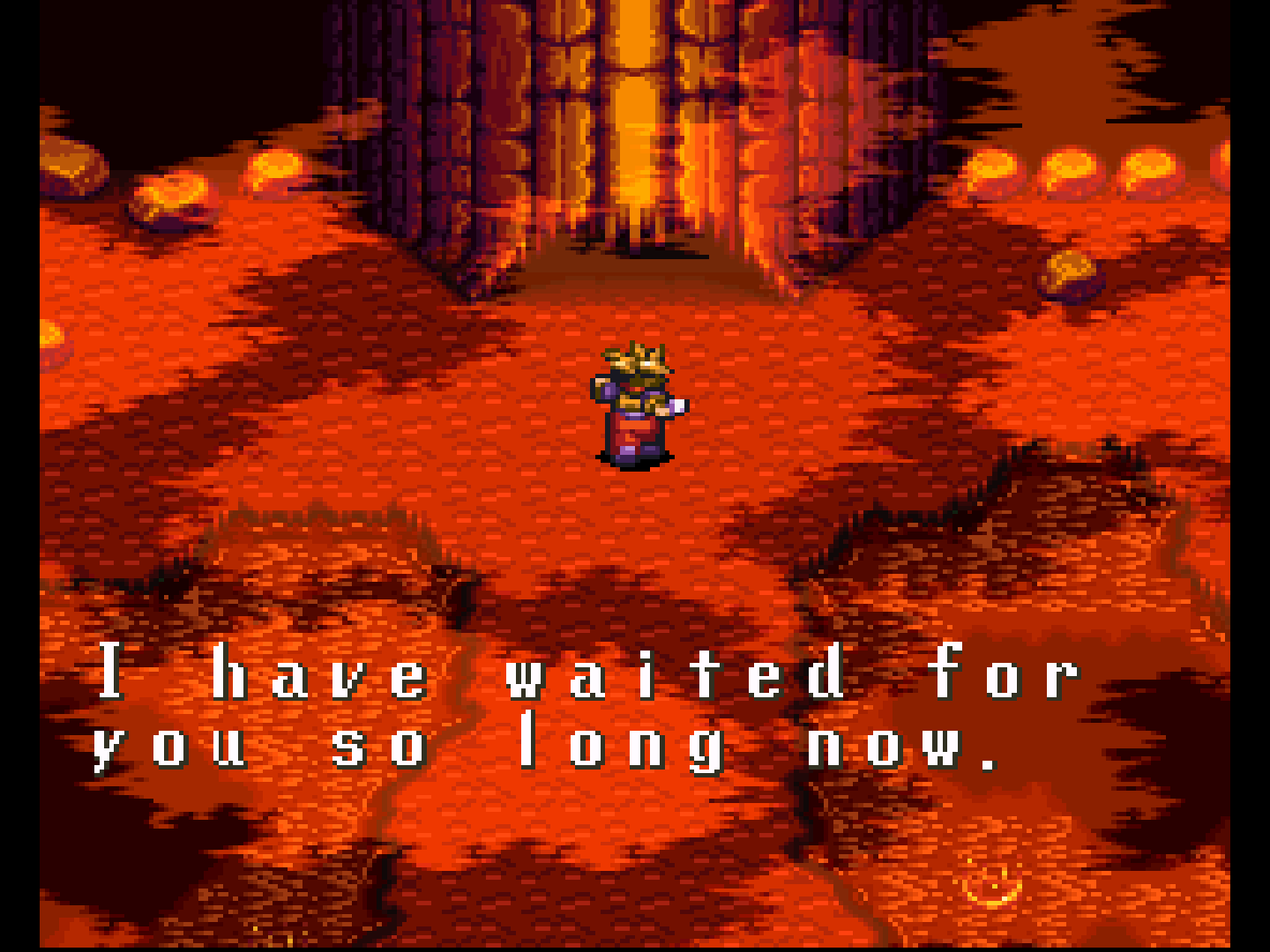 Is this the Tree of Mana talking to us?

There's a lost soul west of the dead tree...

The lost soul has items that they can sell us.

I have Ark crawl into the small hole in the tree, entering a dead cavern, where a plant's shooting out deadly spores...

I leave the cavern and go back to the world map.

Other locations I visit: 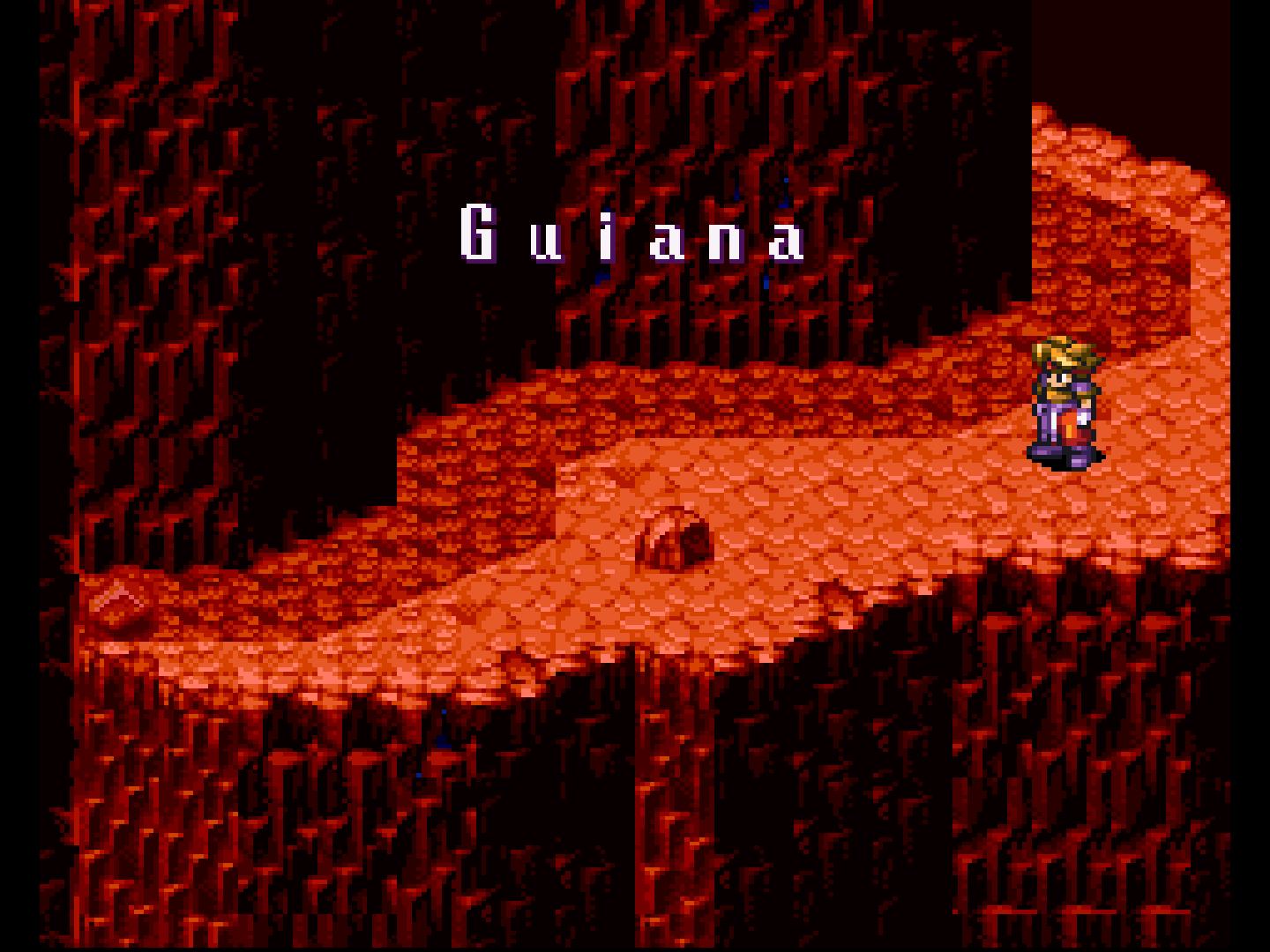 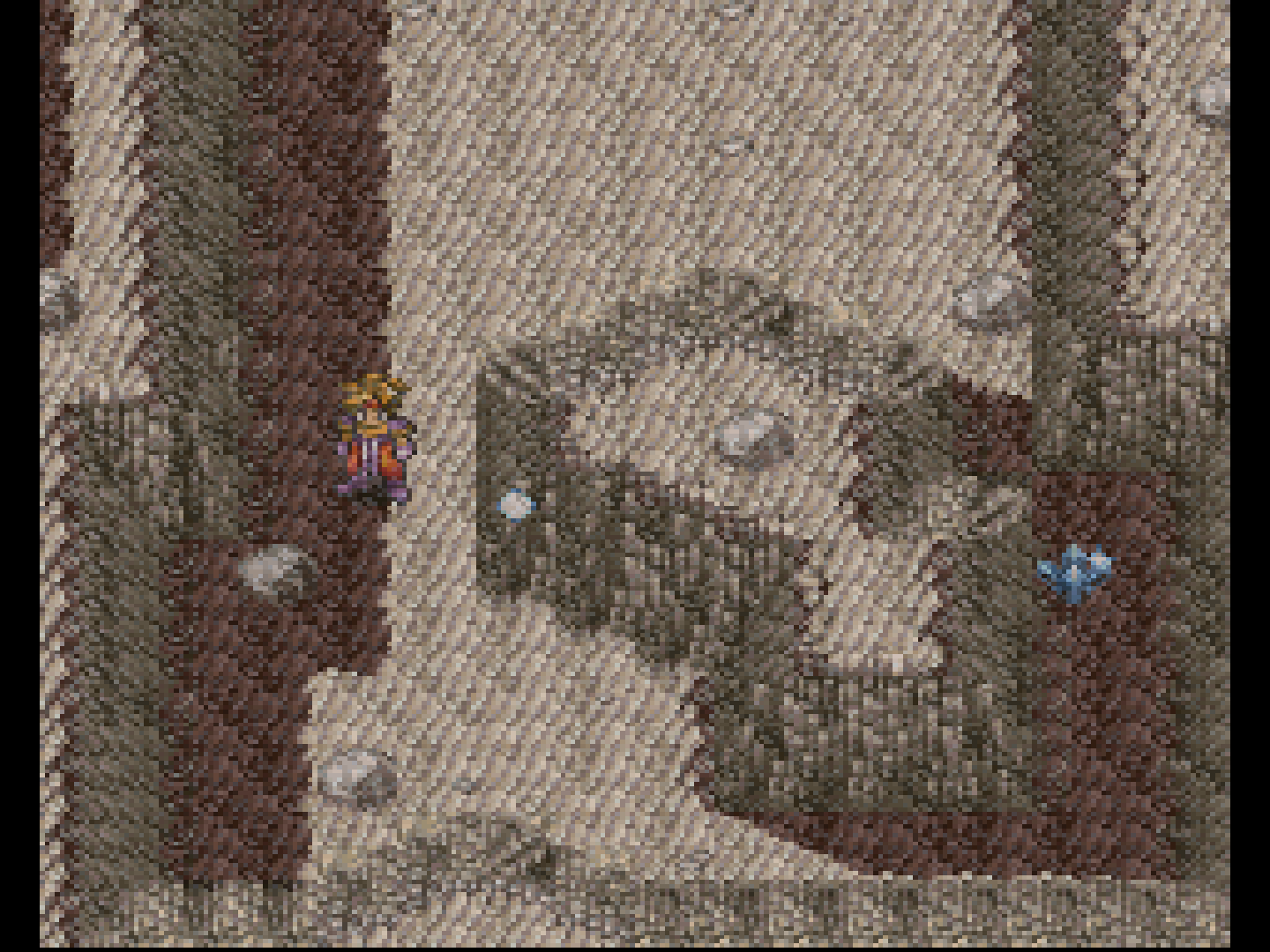 This blowing, desolate snowfield...or is it a desert?

The soul here is a Magishop keeper, who has a Fire Ring and a Zap Ring to sell us.

I purchase two Fire Rings and two Zap Rings. Here they are: 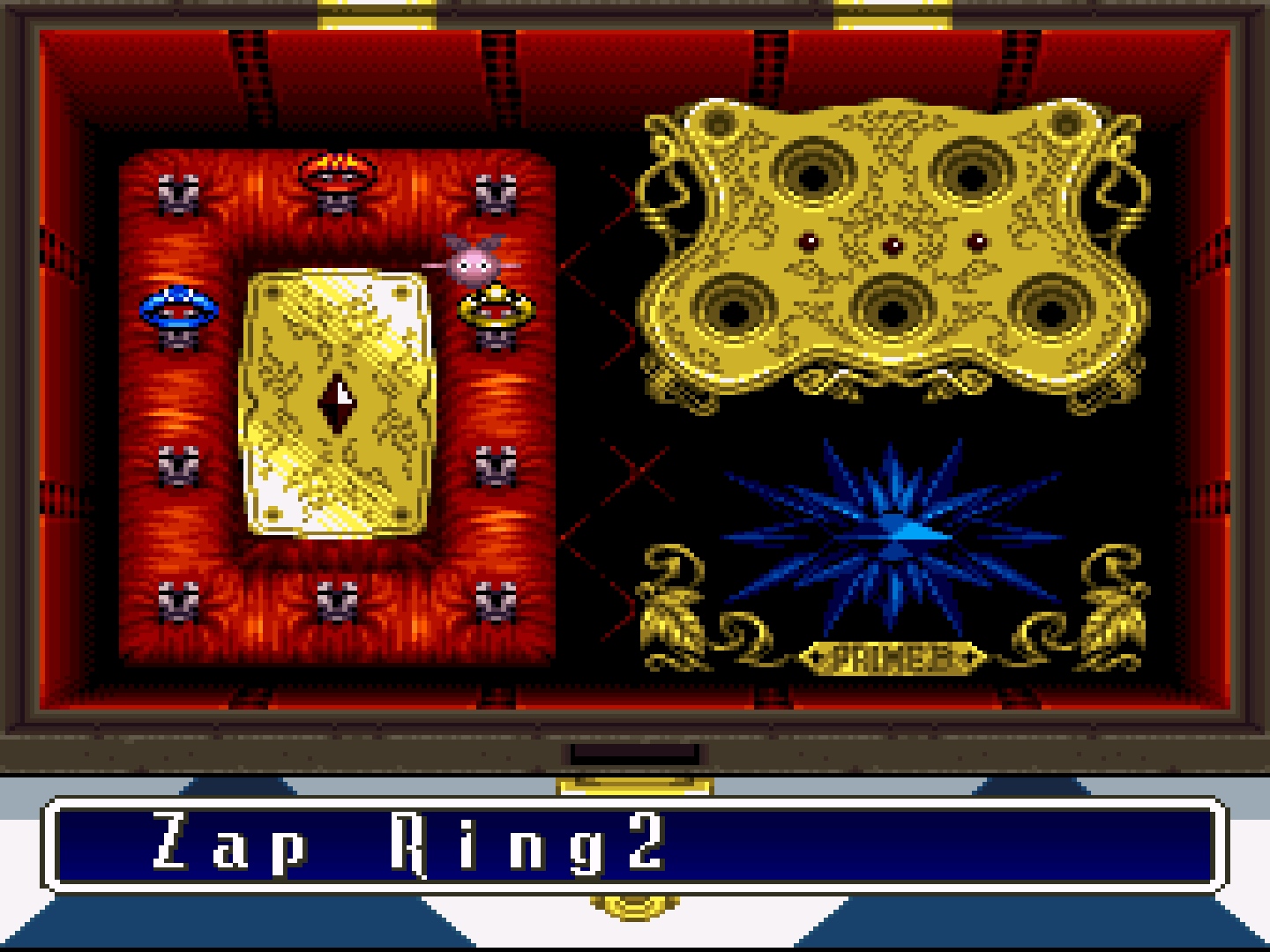 I return to the cavern, and save before the tunnel forward. 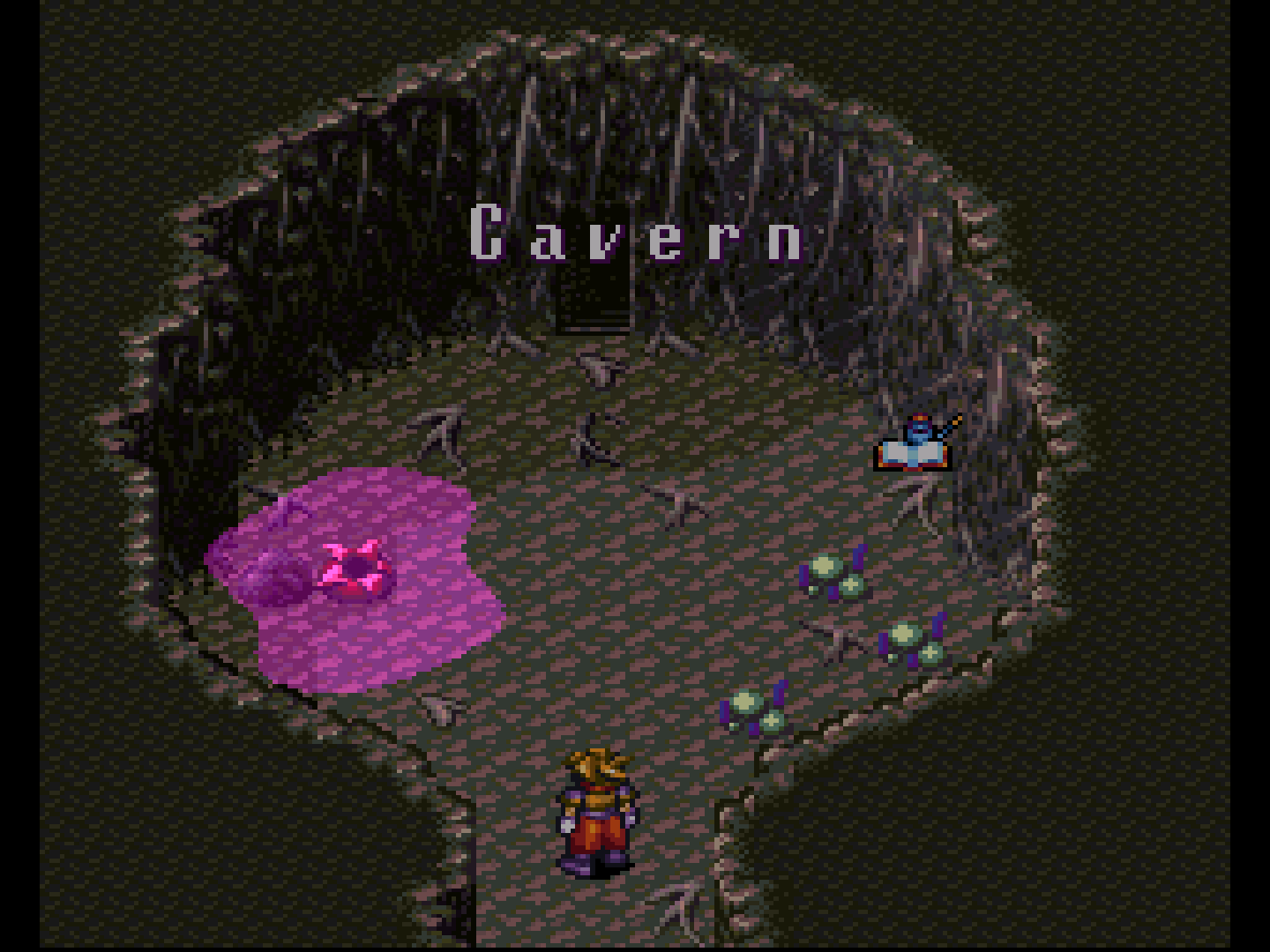