Here are the scenes that we encountered in our flying trip for this session:

Down at the Desert of Kakkara, I notice a palace surrounded by a dark looking lake... 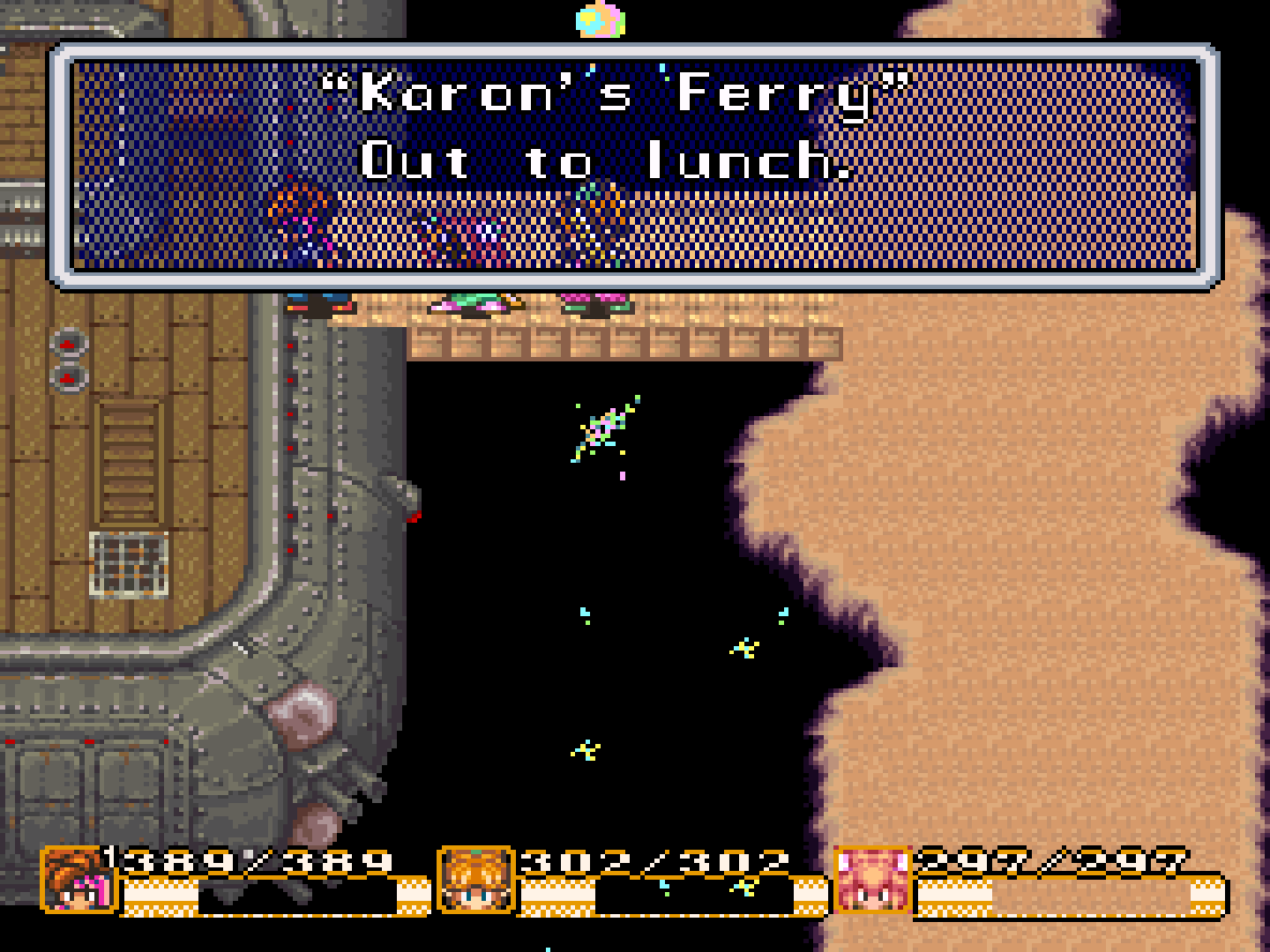 I wonder if this is a nod to Charon the ferryman? 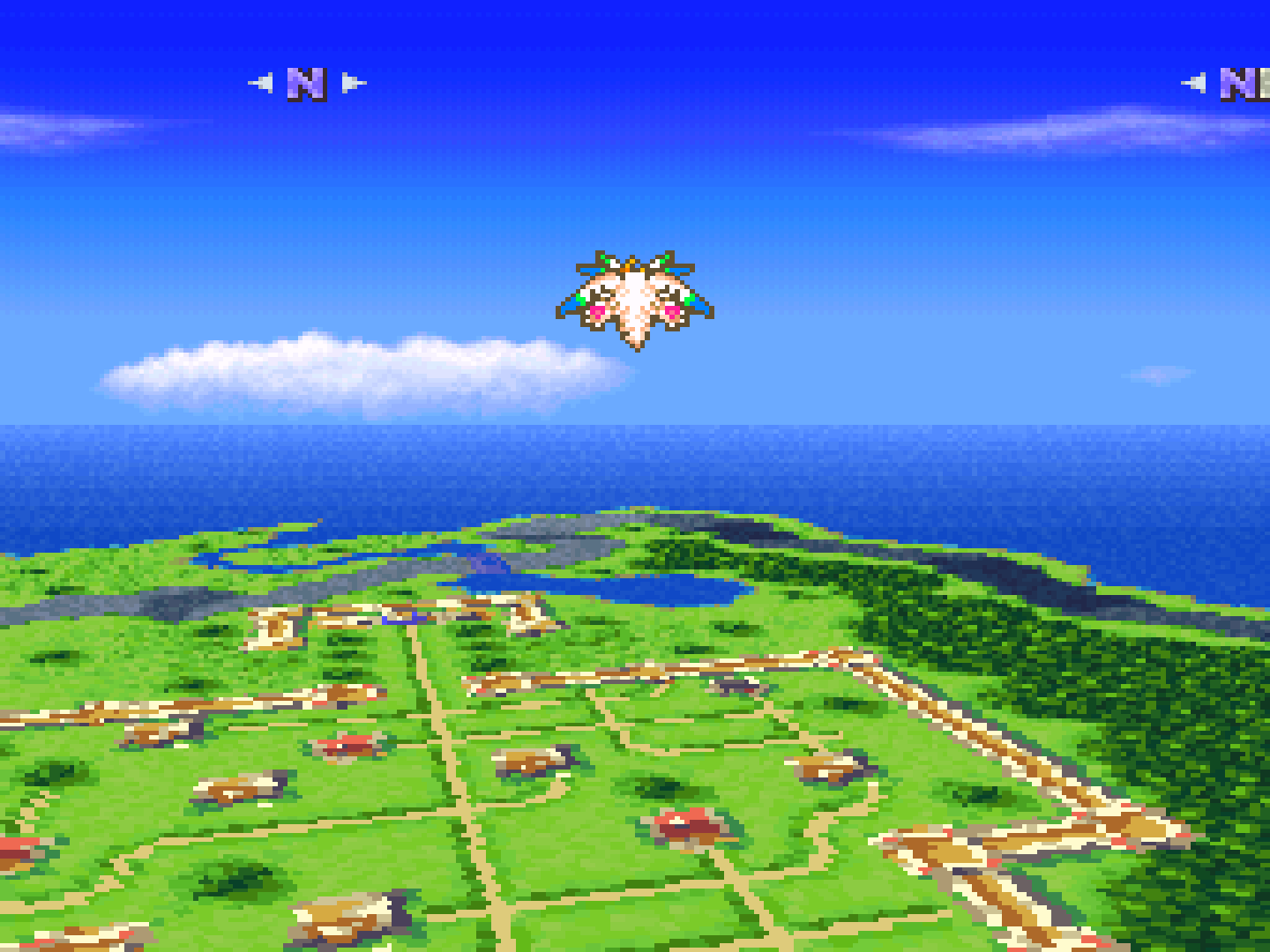 Hmmm, is this city the Kingdom of Tasnica? 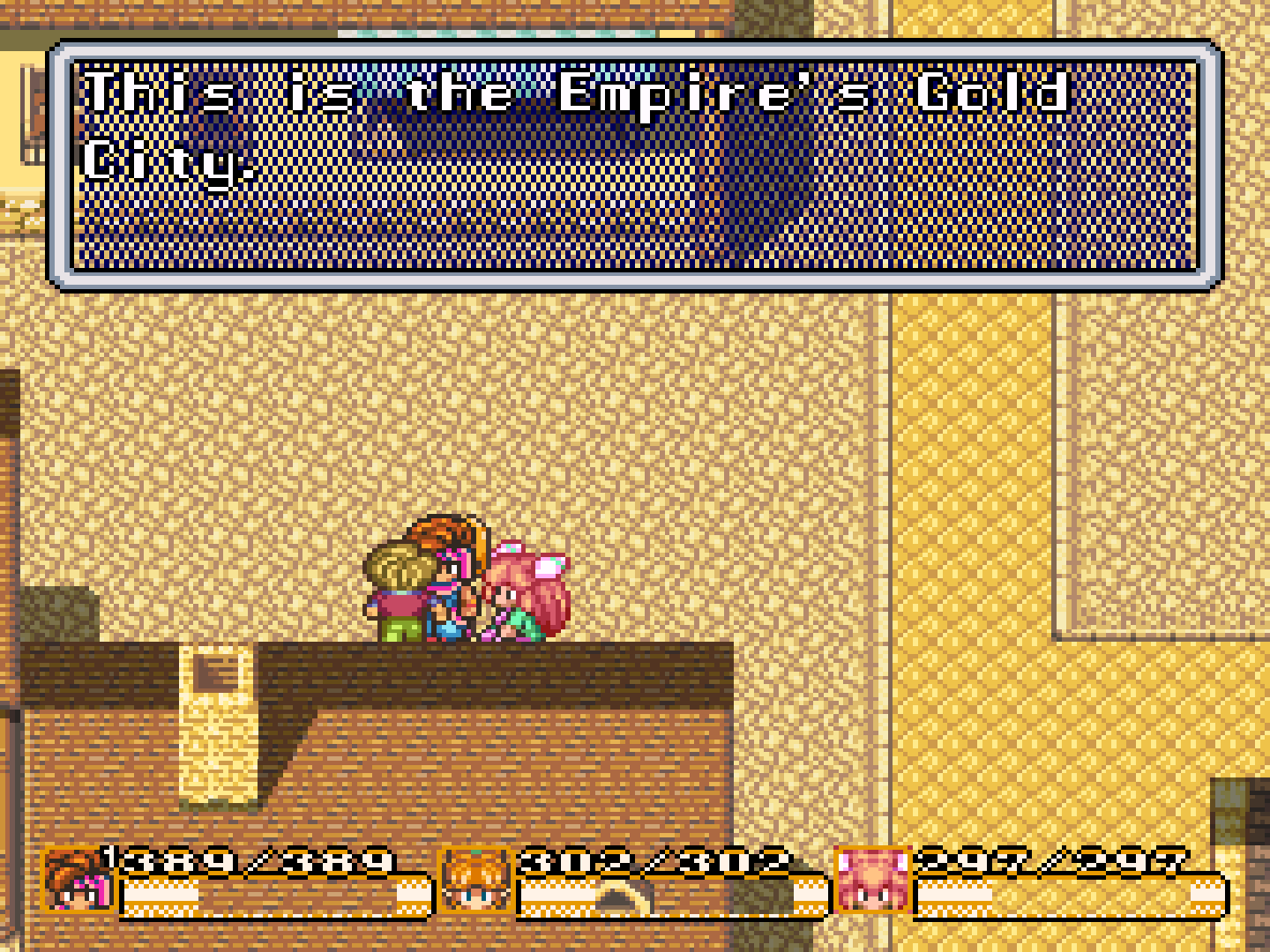 So this walled city we landed in is Gold City, or Gold Isle, huh?

We make a stopover near a huge sunken island, noticing a palace on its peak...but we can't land there.

I notice a blue roofed castle way off to the west...I land Flammie at the southern patch of land there. 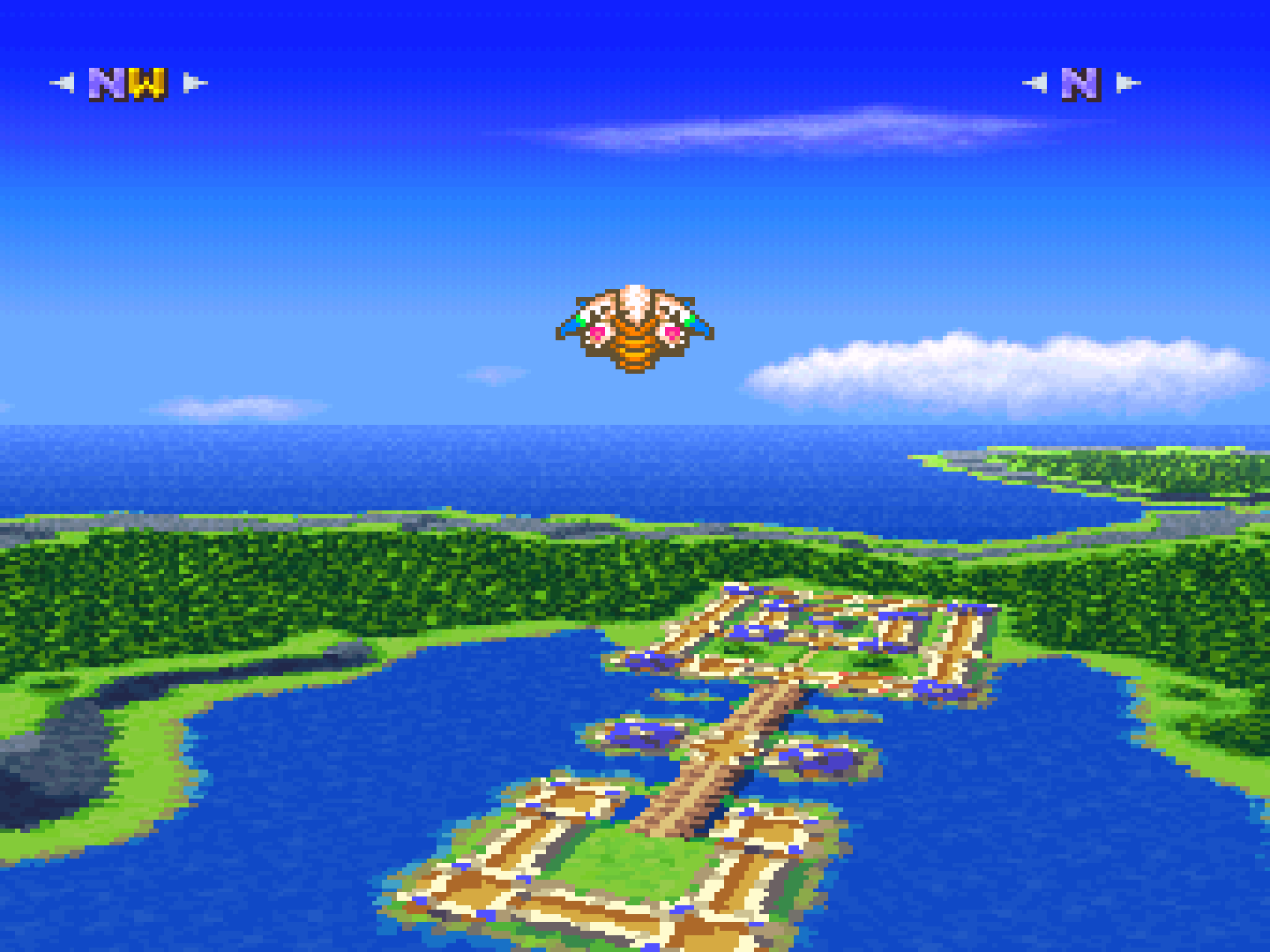 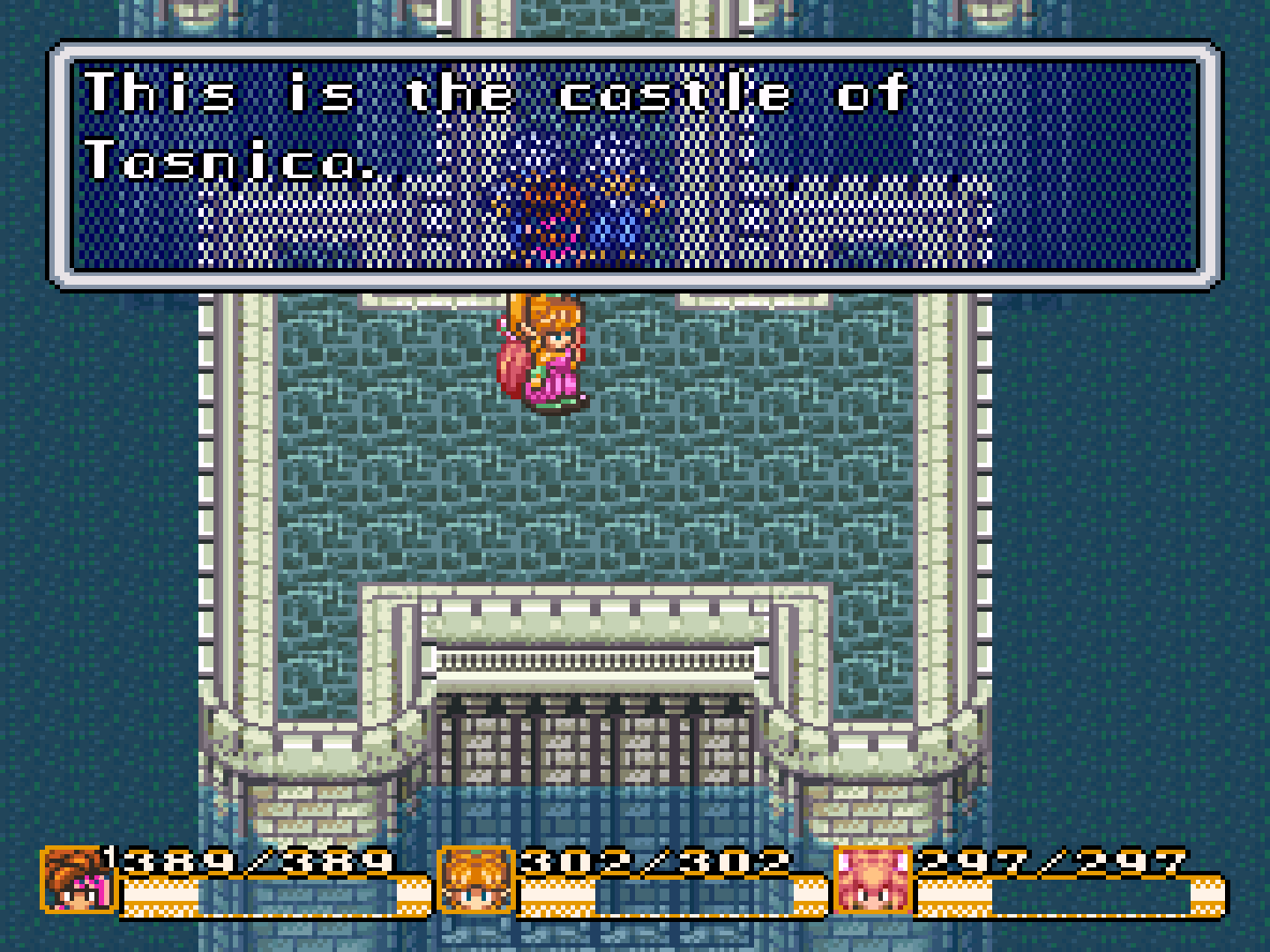 Unfortunately, we can't go in yet... 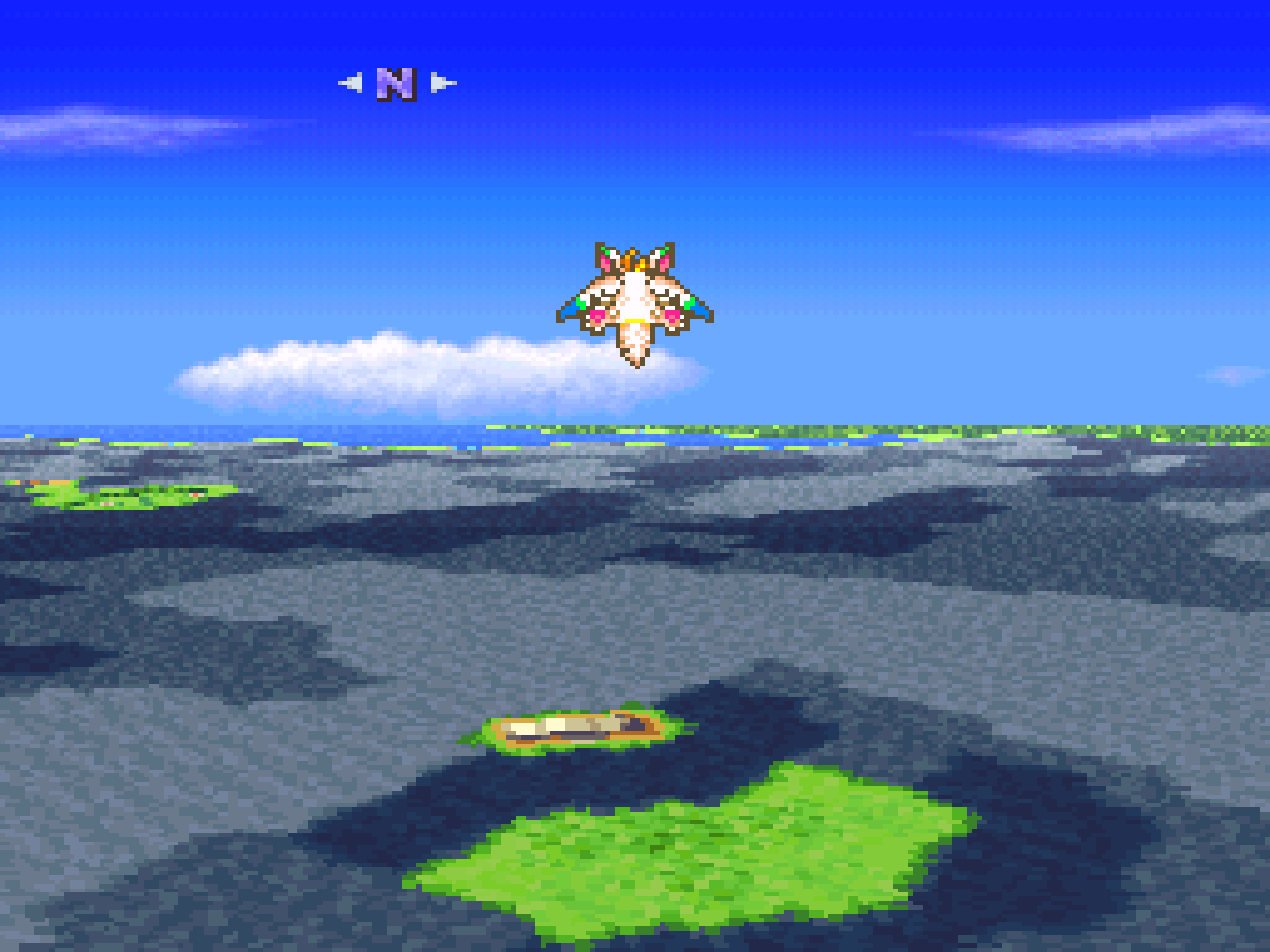 This probably must be another Mana palace below.

We land near the cliffside. The monsters here are a bit too strong for us, though.

I try another palace in the mountains northwest of that area. 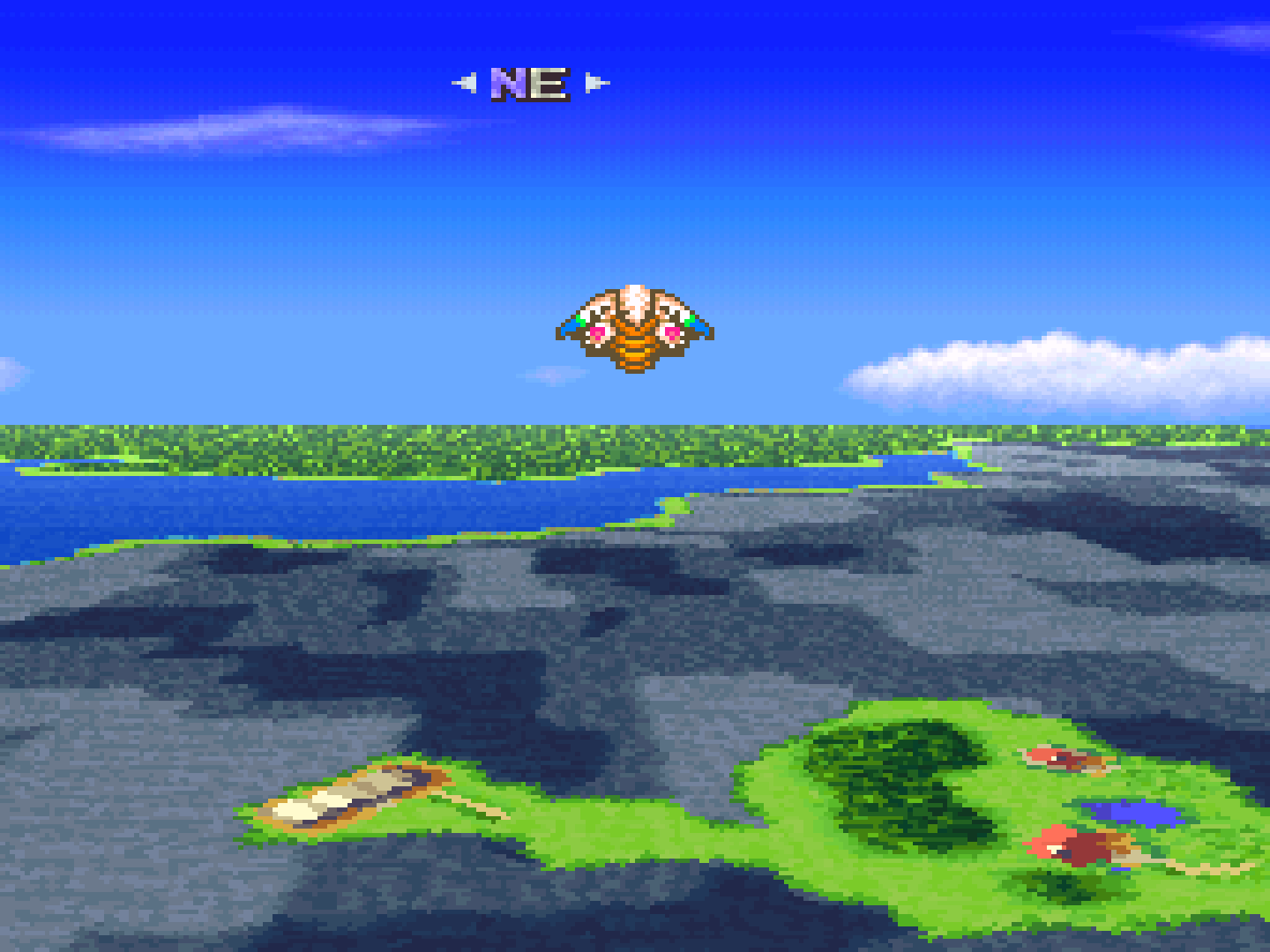 There's also a town there too. 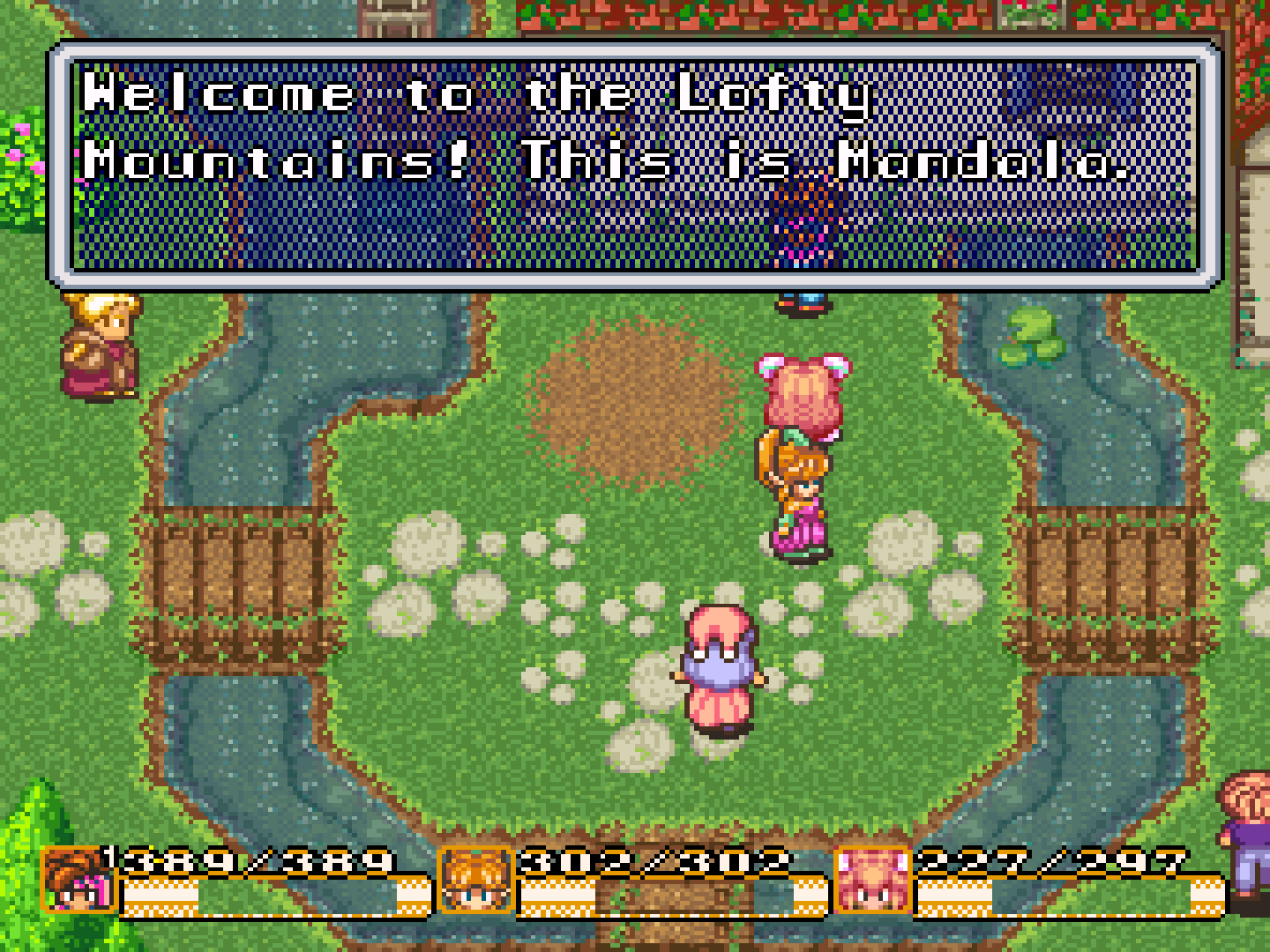 We're now in the Lofty Mountains! According to Luka, we were supposed meet Sage Joch around this area. I take a look around the village.

An old woman was impressed by our arrival until she saw that we flew to this village...

Inside the house, I spot another typo, and get more info about Joch. He has a student named Jehk. 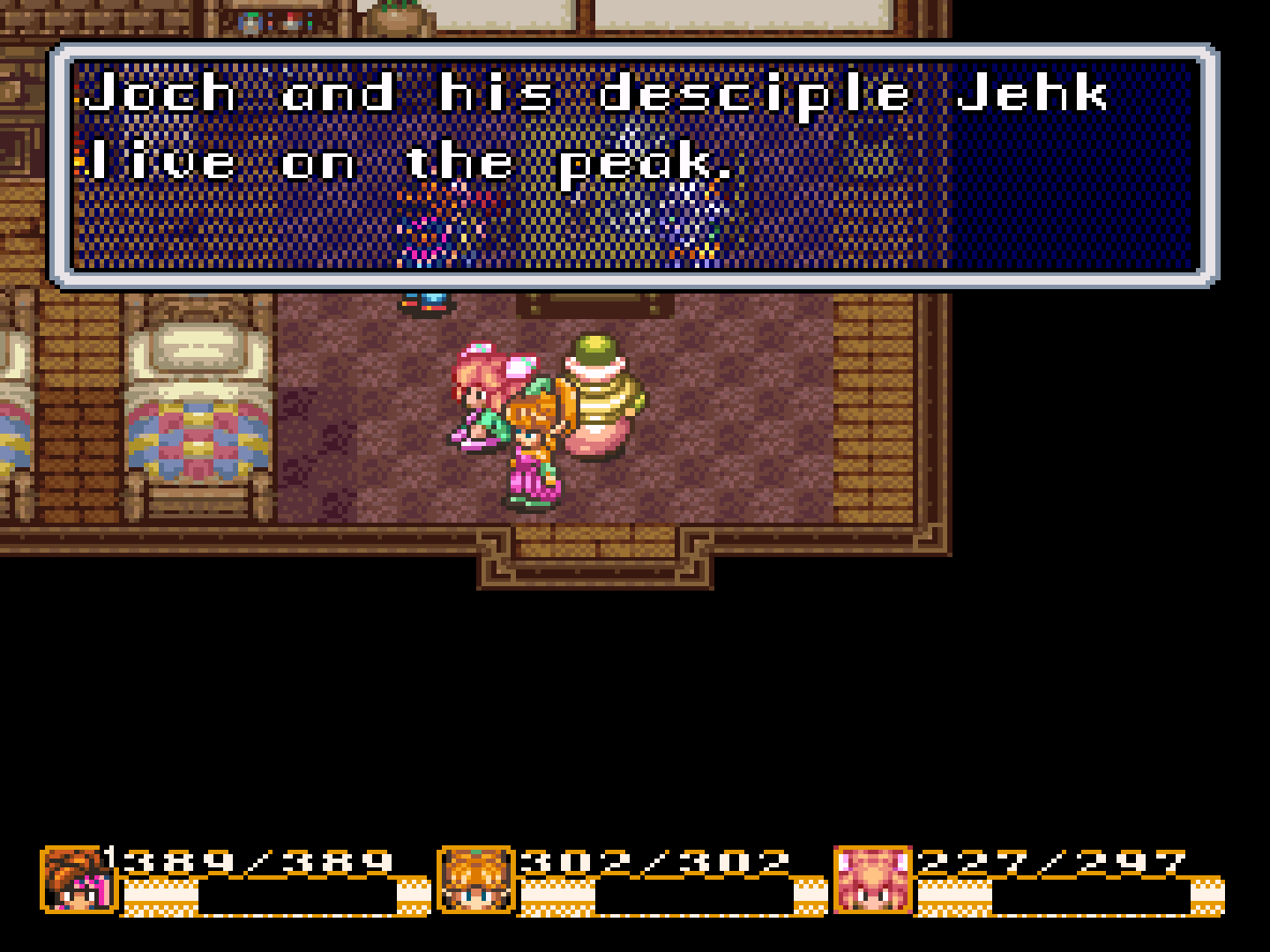 And there's Watts sitting on the table, having tea and snacks!

So Watts was the only one that climbed here to meet us. What a blacksmith!

A man outside tells us that the Palace of Darkness is situated south of here, inside a cave! There's also strong enemies on the way there.

The new items in the shop here are the Ivy Amulet, Magical Armor, and a Circlet.

Bald man: "Mana sustains the cosmos...but it is not infinite...people no longer cherish life...so Mana is fading away..."