Now we're both stuck underneath the village, where Elliott is injured!

There's now a big monster before us! Elliott tells us to use the Sword to finish him! 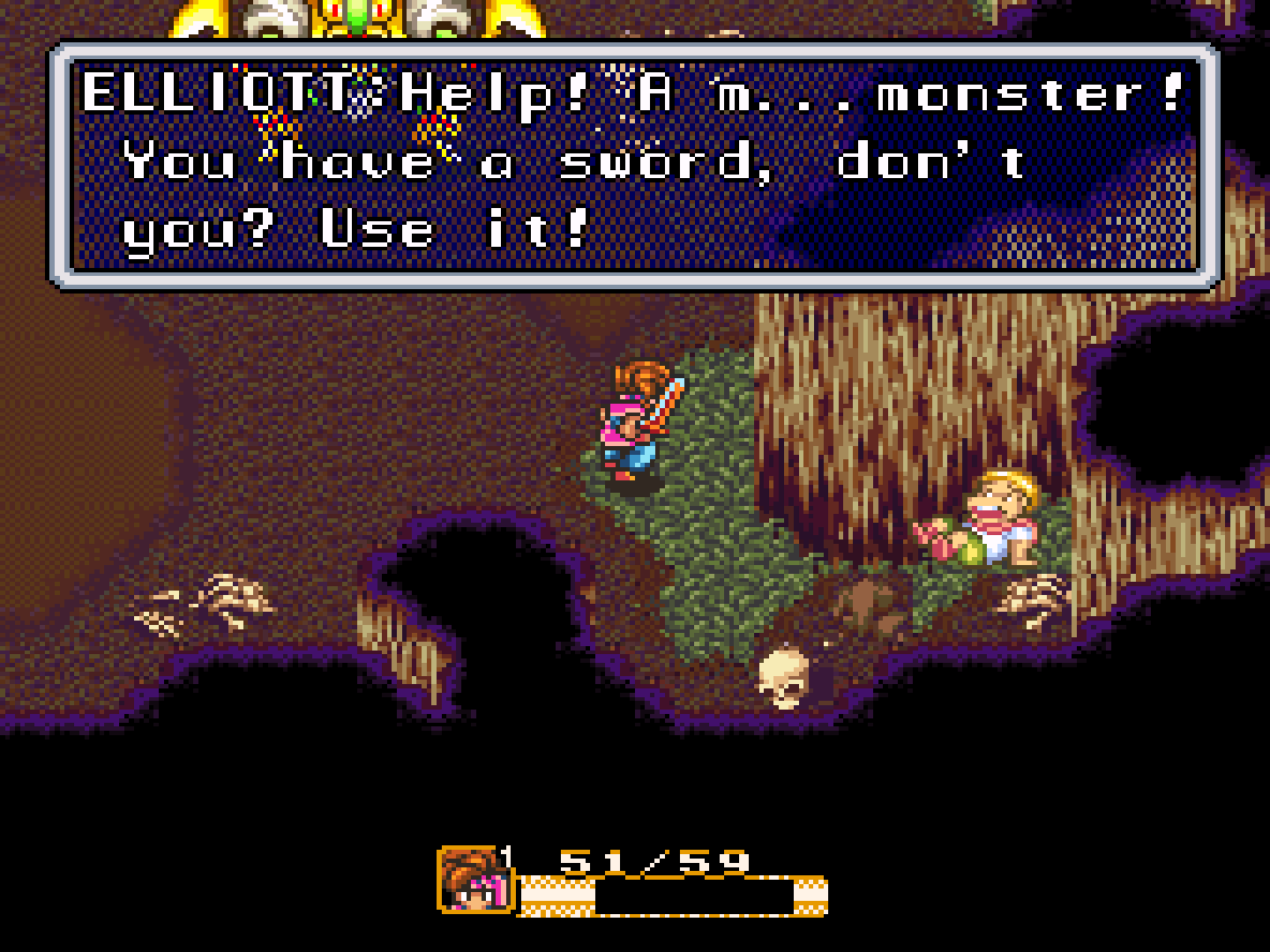 The man above the hole, the knight, advises us on how to fight the monster: by watching his attack patterns!

The big mantis uses a wind slash to knock Hero out for a bit and attack him!

I manage to get one hit in, and run off, before getting hit by the mantis's wind slash again! 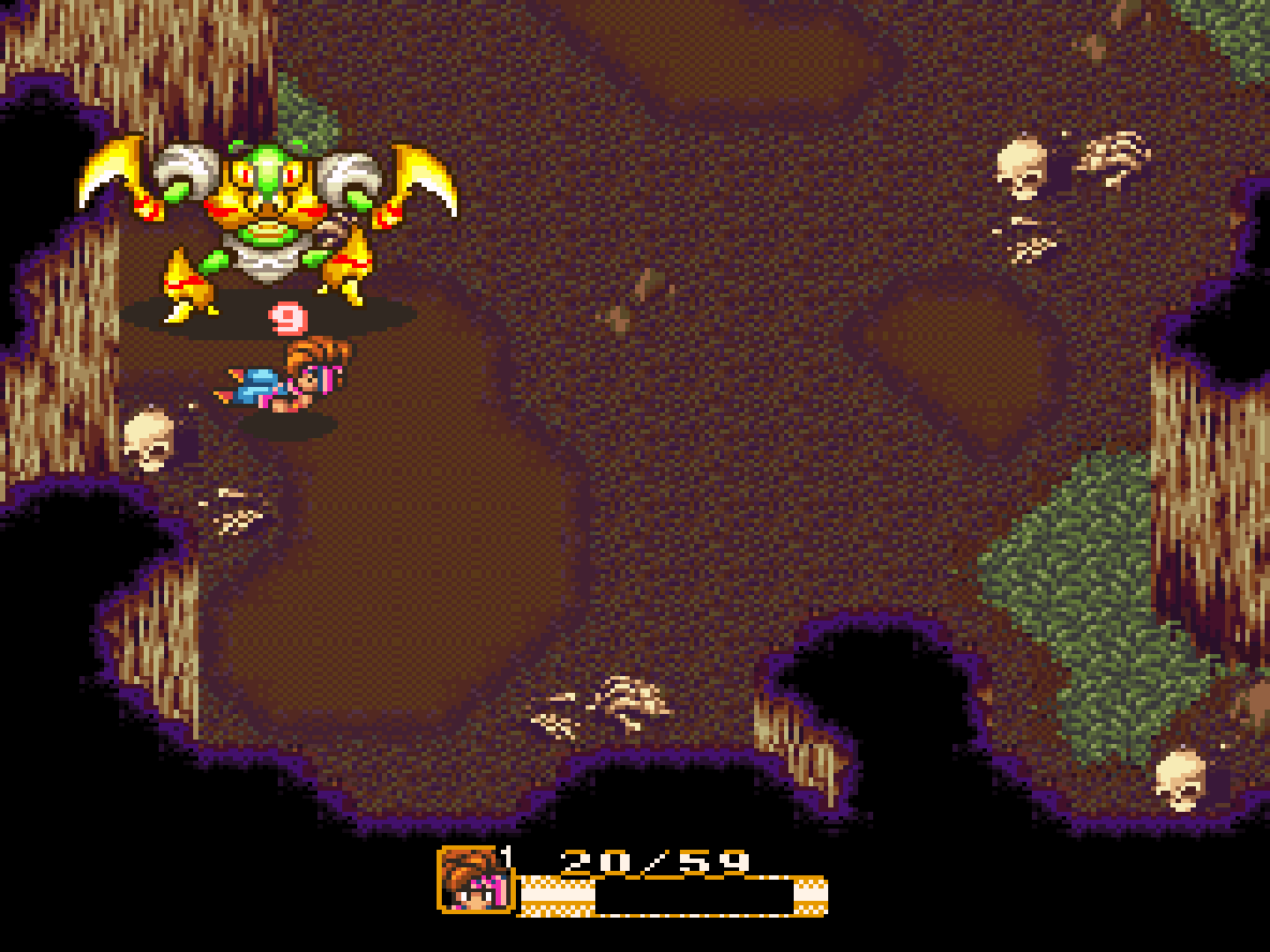 After a few moments, Hero's back, but how do I use the Medical Herb?

The boss fires out an Acid Breath while Hero's down again! My god, this boss's attacks are a bit hard to dodge!

The reaper's about to take Hero, but the knight jumps in with more pointers, reviving him! 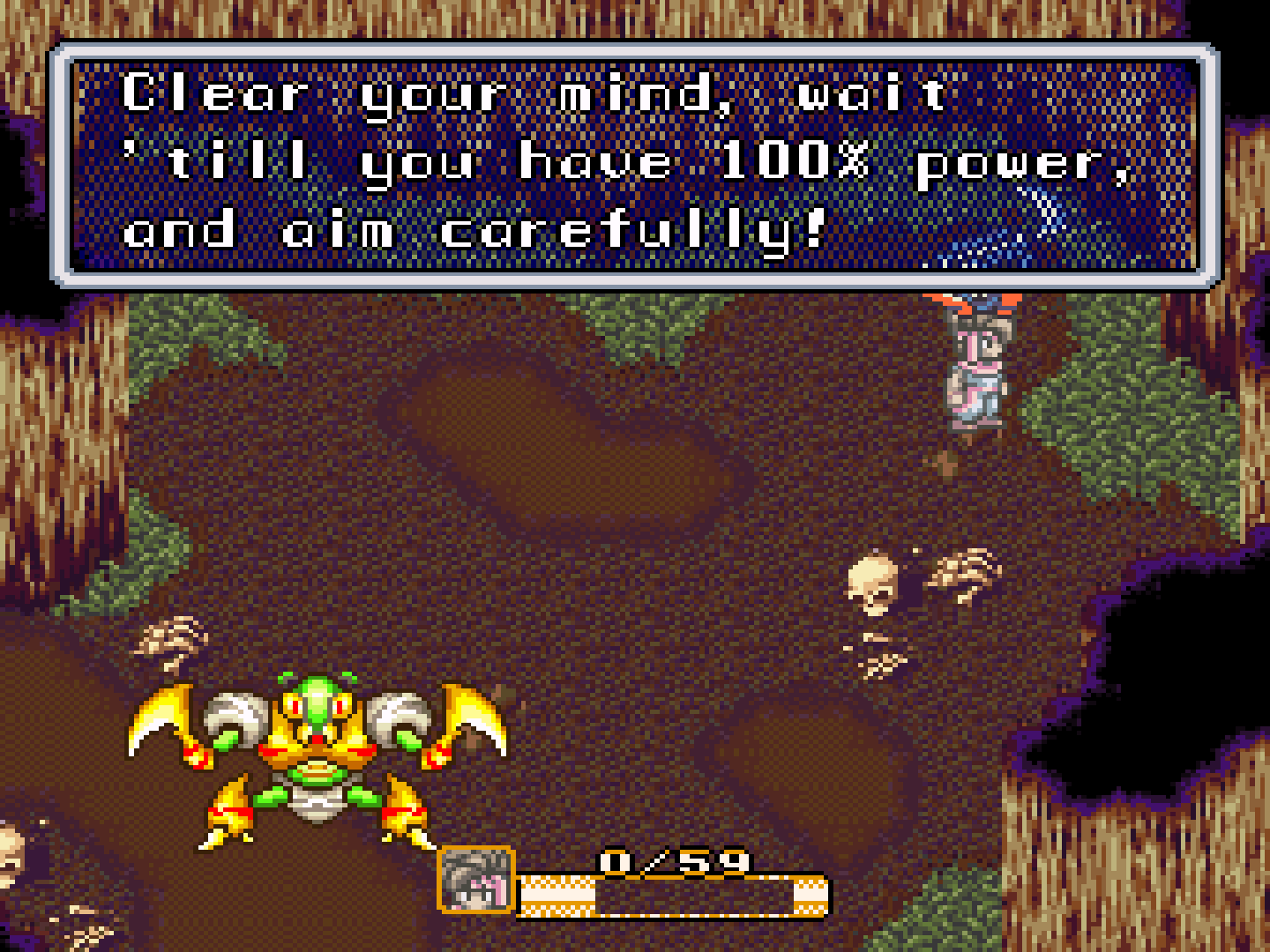 Hero gets knocked down again!

That's a good move! Before getting up, Hero stabs the boss!

But the boss casts an Ice Missile!

For some reason, I can now access my items in the menu...

Now I'm slightly getting the hang of how the menu works...

After a bit of a struggle making my way around the menu, I check the equipment. It turns out Hero's already wearing overalls, and I wasted money on another pair!

Now how to get out of the equip screen...

So at the main menu, pressing up goes to the items, and pressing down to the weapons...

I die again, but the knight wakes us up!

With one more blow, we take care of the giant mantis, fireworks and all! 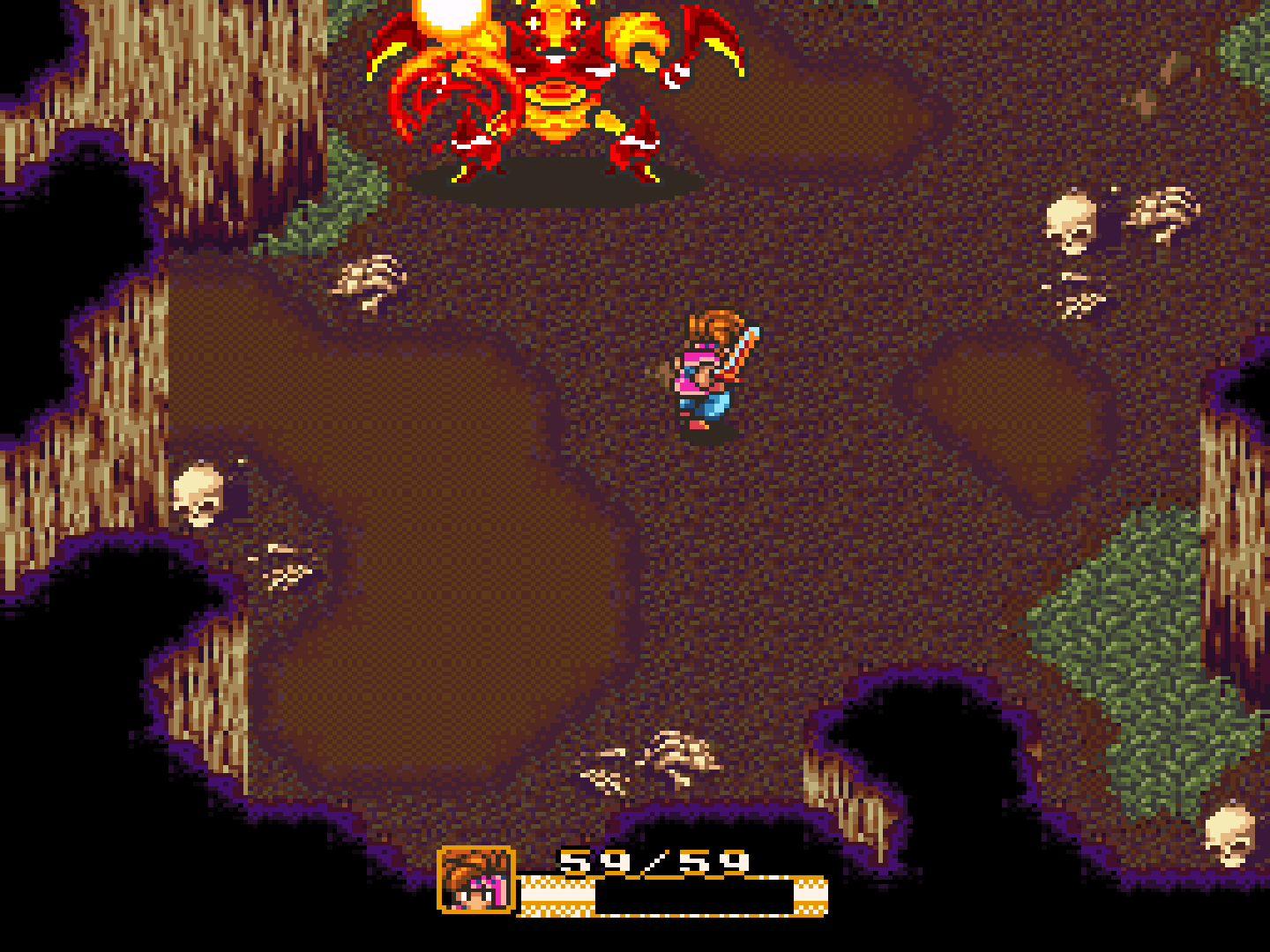 He vanishes in sparkles of light...

I get a Sword's Orb!

The knight tosses a rope to pull both Hero and Elliott to the surface.