Reading from the save file here, the walrus village that we landed from Kakkara is Todo Village!

I head west to the snow forest...

Everytime I hear the music for this place, it still gives me the chills...

After Max's Boomerang skill level goes up, I switch equipment with him and Pidge!

To the south, where there's plenty more pretty, sparkling trees...

We head east and south after taking care of more enemies...

There's another Cannon area east of this area. 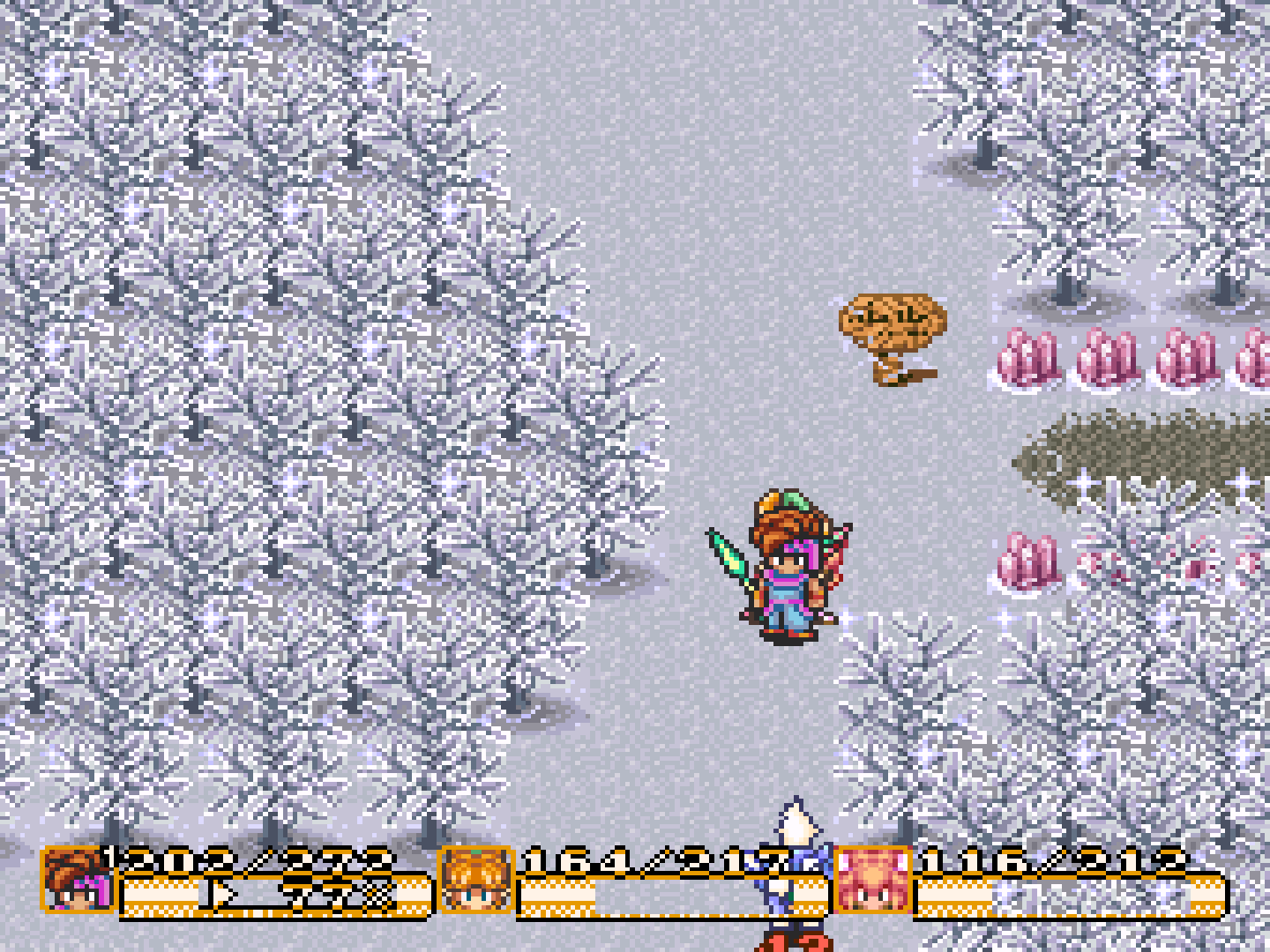 Further west, I see an angry green cloud (an LA Funk, what an unusual enemy name, at least it's better and less-unsettling looking than a Mokura!) alongside Howler wolves! 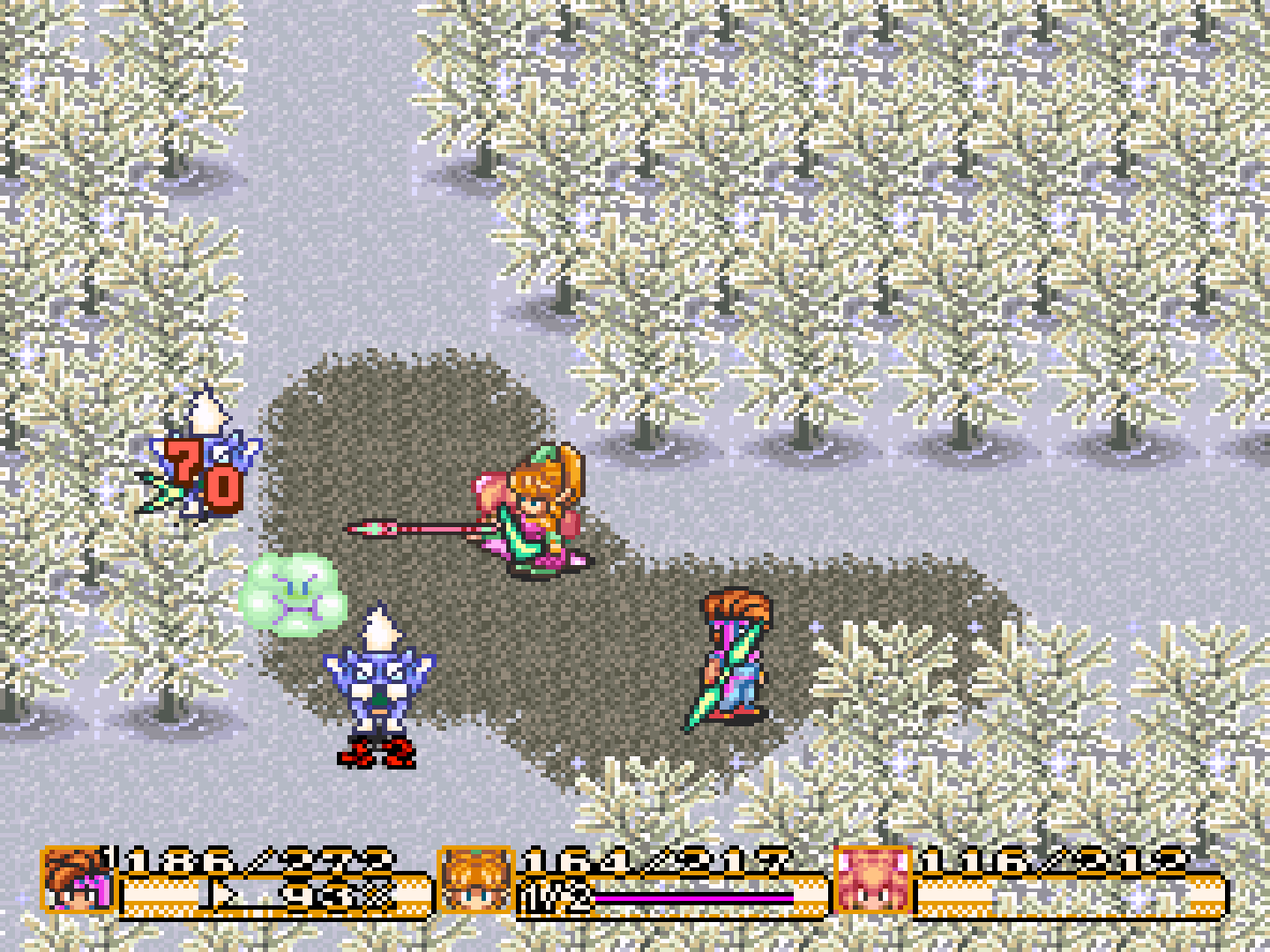 The angry green cloud can't be touched by physical attacks, so I resort to using Max's spells...

Southwards, a Pebbler, a Howler wolf, and an LA Funk corner us!

The LA Funk turns Hero into a snowman! He has a set of spells up his poofy, invisible sleeve too!

It seems we just circled around the forest...

More monsters corner us as we take a trail up north... 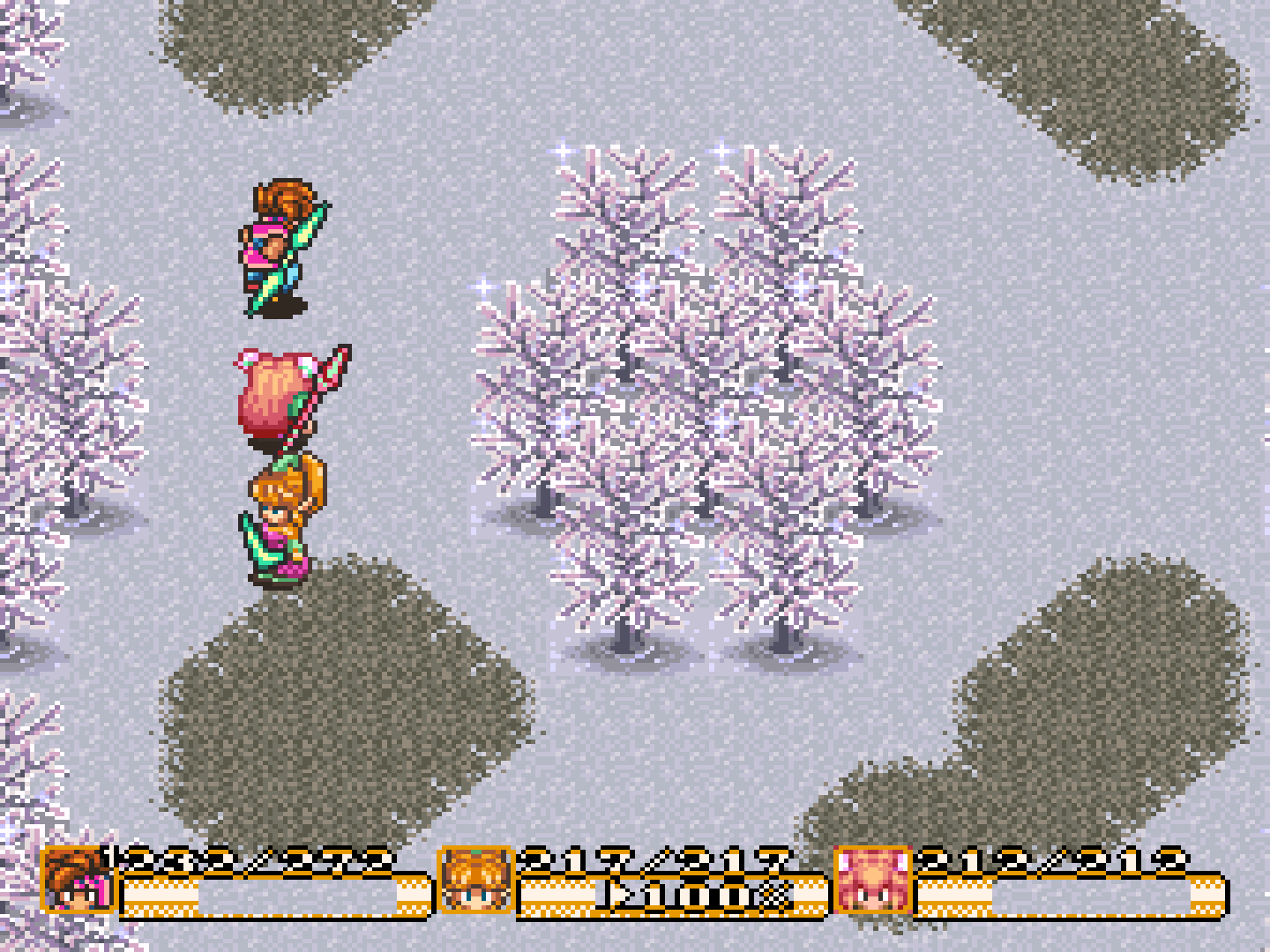 I finally find the boss, it's a Boreal Face! 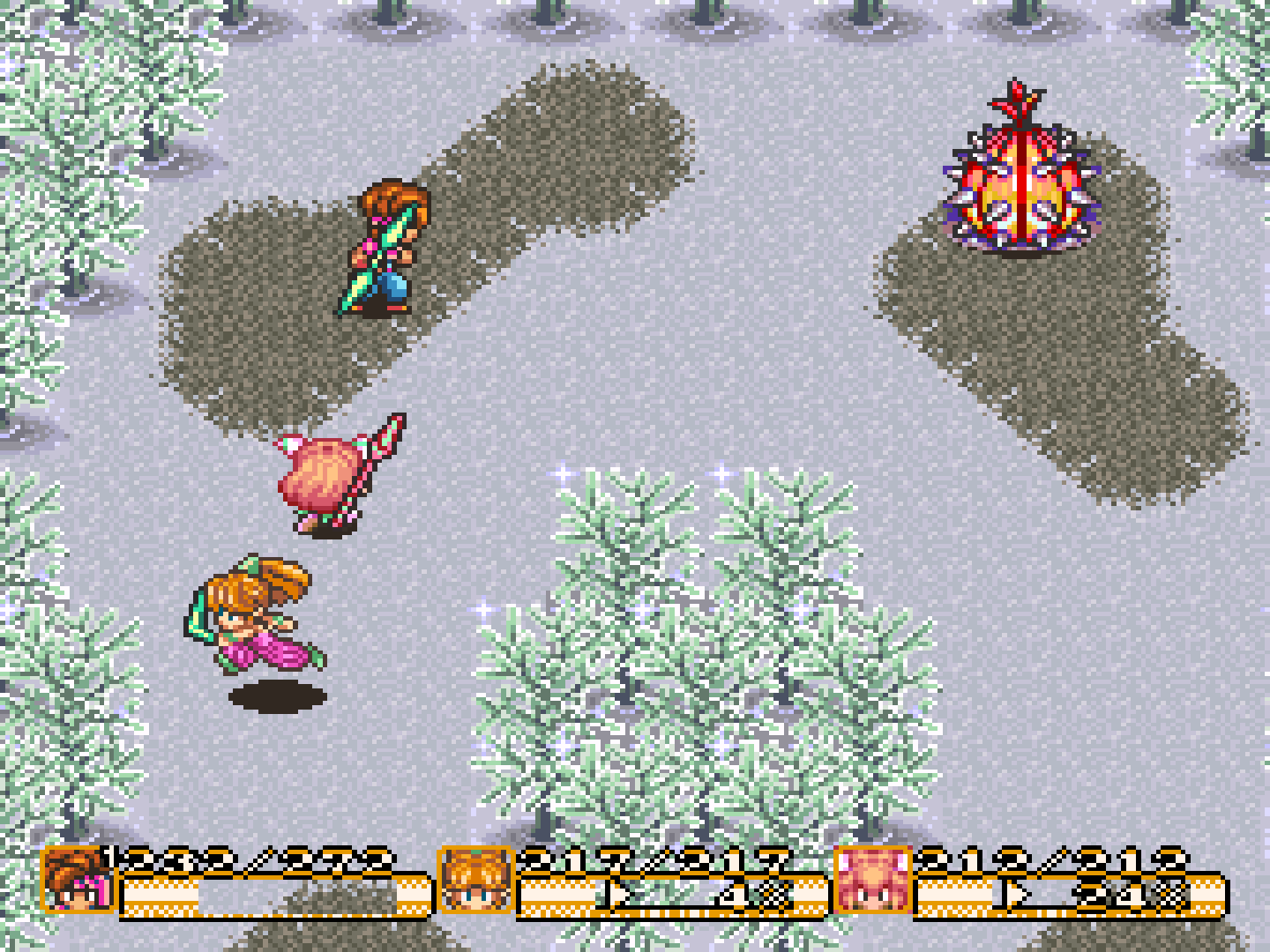 He sorts of looks like a Tropicallo. No, he's a palette-swapped Tropicallo! And he's now shooting seeds at us!

I just have to remember what I did before to win against this boss...

The seeds bounce and explode!

This time, though, the Boreal Face casts a Burst spell on the entire party!

He burrows again and once he rises up, he spreads Sleep Powder on everyone!

I switch Hero's weapon to the Claymore.

The sword seems to be a bit more effective on the boss, at the cost of having a shorter range.

Now another exchange, which seems to connect... 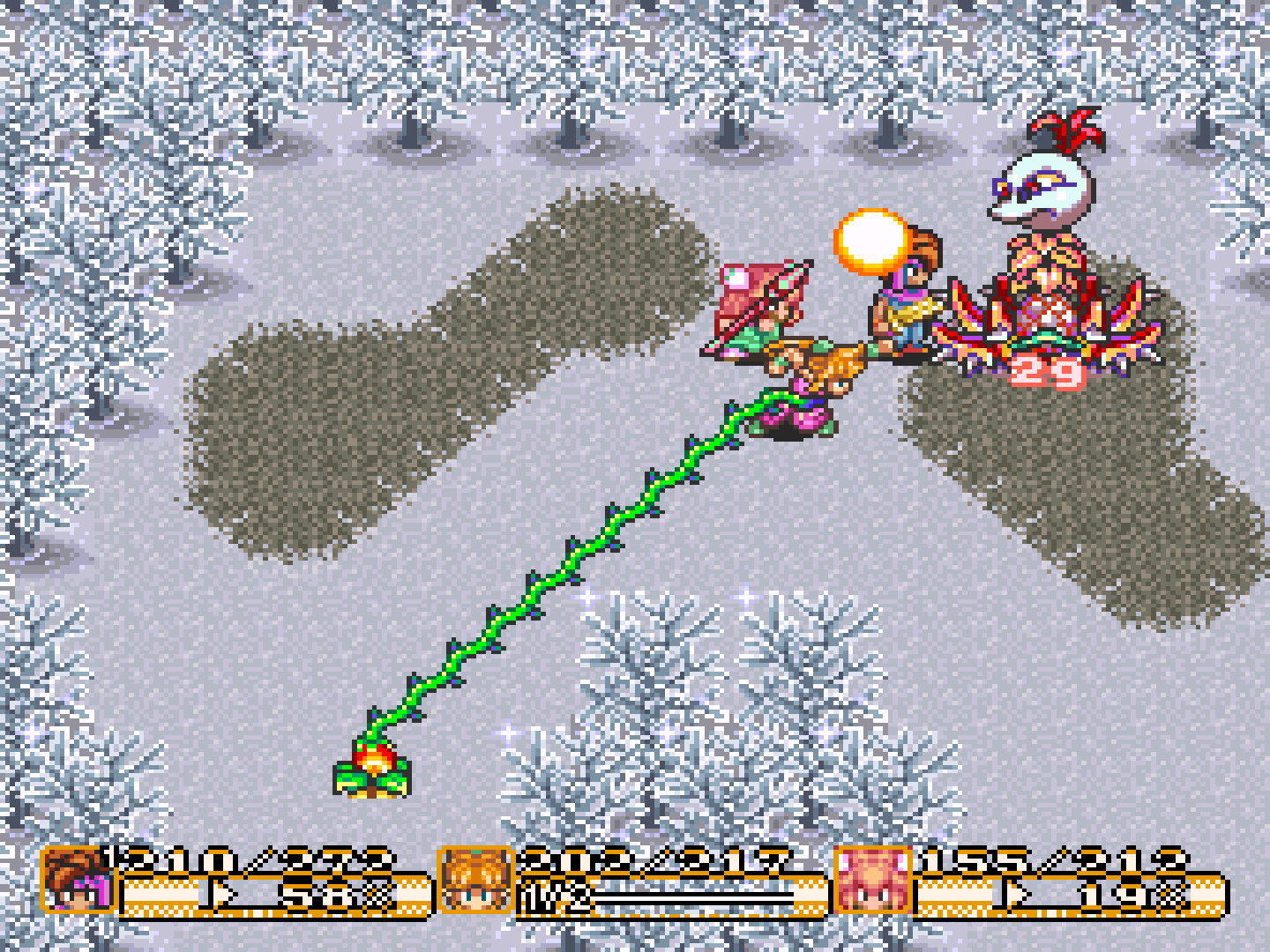 I learn that the Boreal Face only surfaces in the corners of dirt around the area here.

I have Hero take one swing at him, which lands!

After a few runarounds, I watch the fireworks! 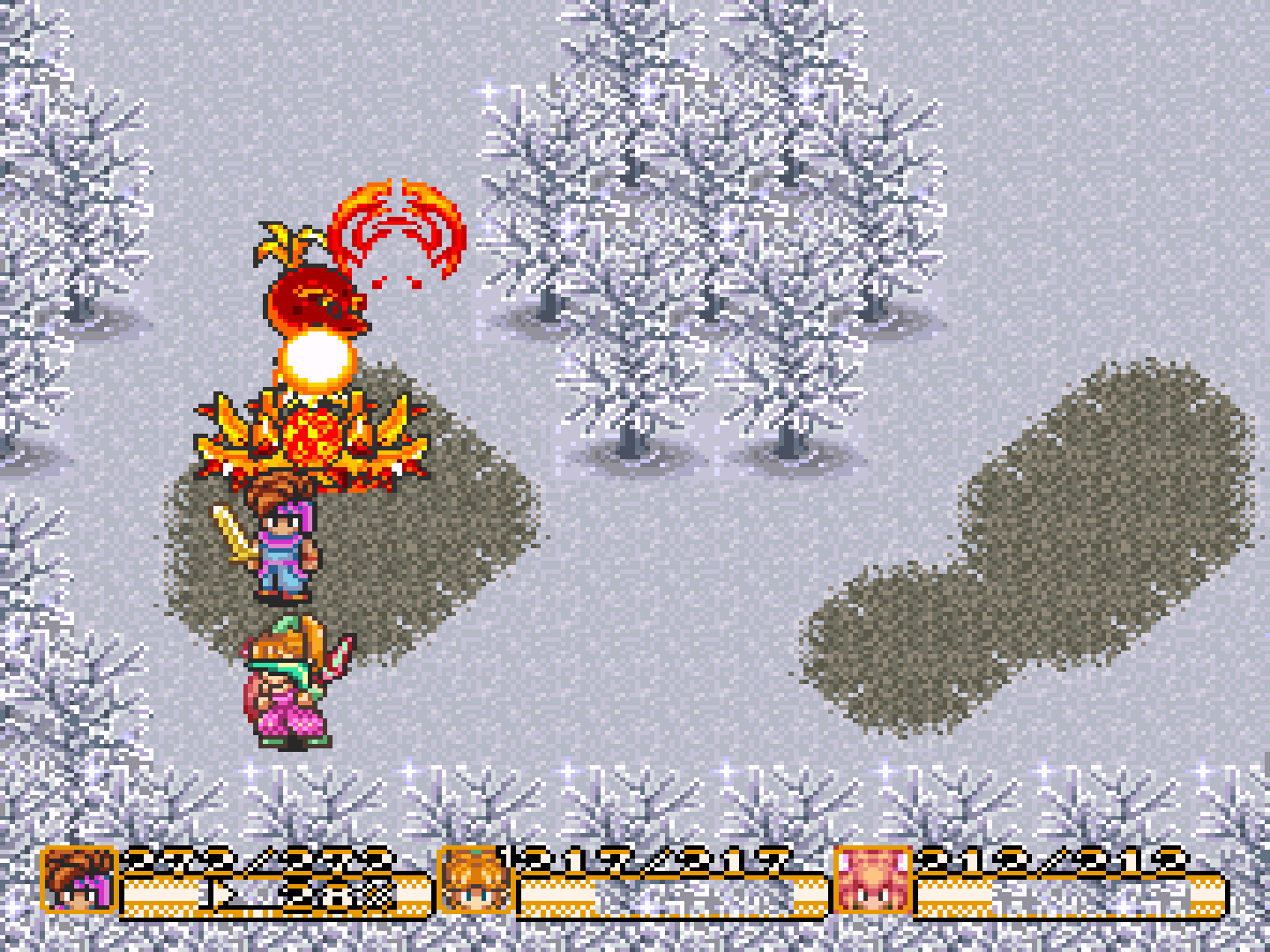 Let's see what we get!

It's another Bow's Orb!