Now that's a welcome sight, a dancing shopkeeper, or a dancing man! 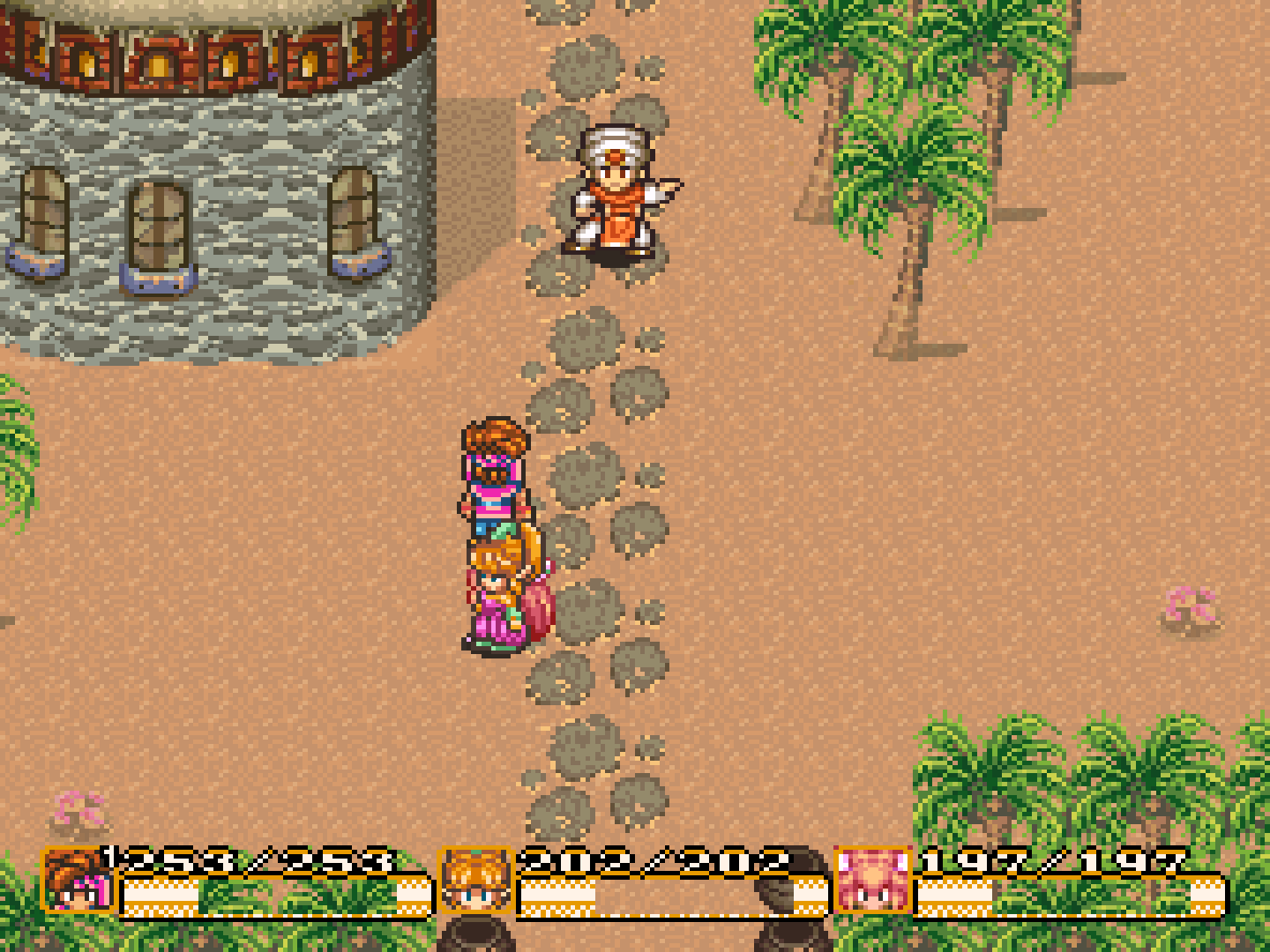 But by the music playing in town, there's trouble afoot!

A girl tells us about Salamando, who's vanished from the Fire Palace!

I go to another dancing man, who has wares for sale!

He's got plenty of new equipment here: a Raccoon Hat, a Golden Tiara, a Chest Guard, a Golden Vest, and a Silver Band!

After shopping and equipping the new stuff, I walk east, where there's a Cannon Guy. He can take us back to Matango, or to the Ice Country...

By the dried-up waterbed in the center of town, I'm guessing the kingdon's water supply is near gone...

Others are about to leave, or have left town...

A dancer thinks of moving to the Ice Country for another warm town there.

One of the dancing shopkeeper lookalikes near the waterbed is the King of Kakkara: King Amar!

He tells us that not only is the water supply gone, Jema told him that the Fire Mana Seed's been stolen, and that Salamando's been captured! 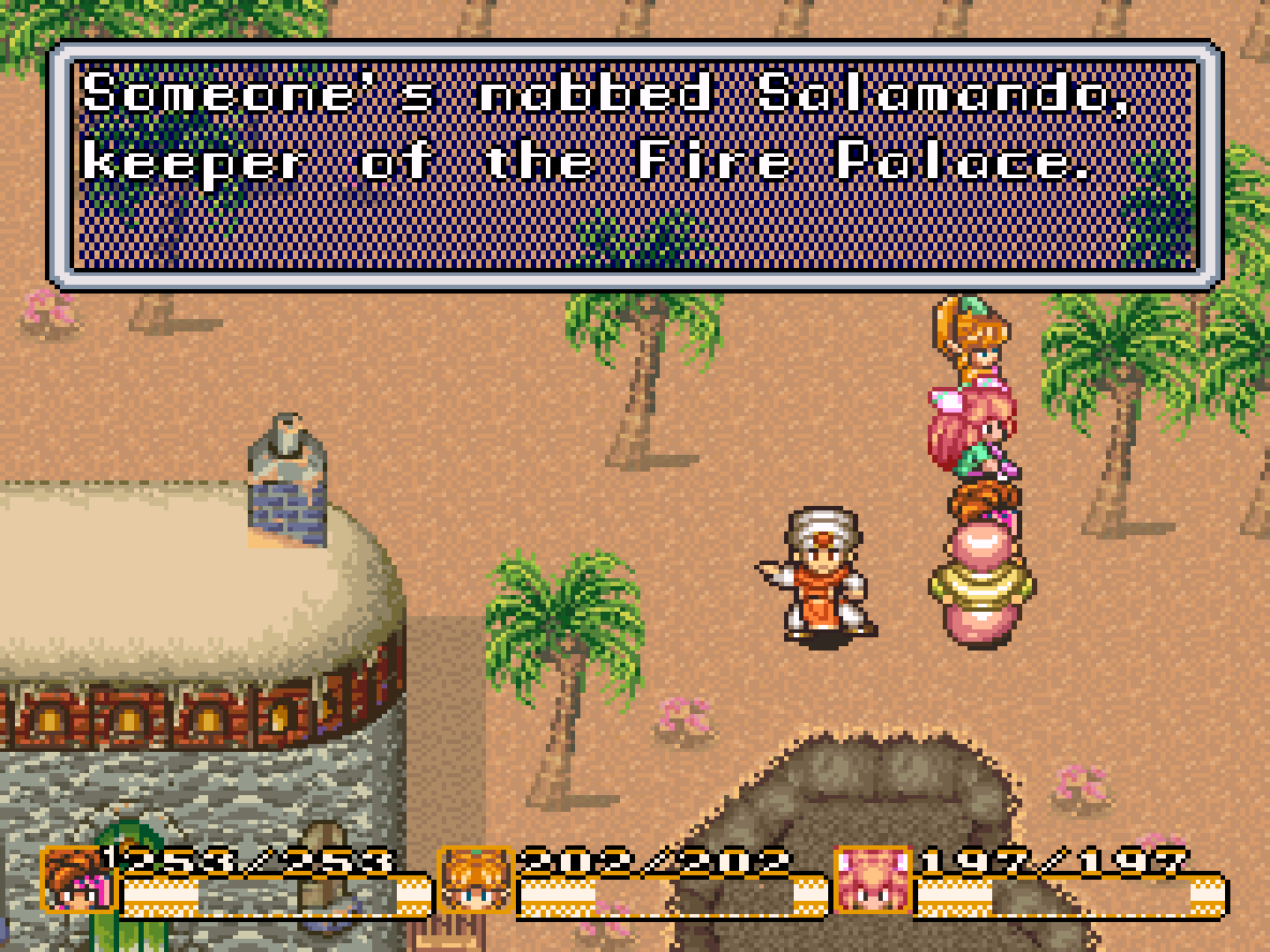 The nobleman next to him confirms what the King and other citizens have told us.

Eastward, we see another familiar face! 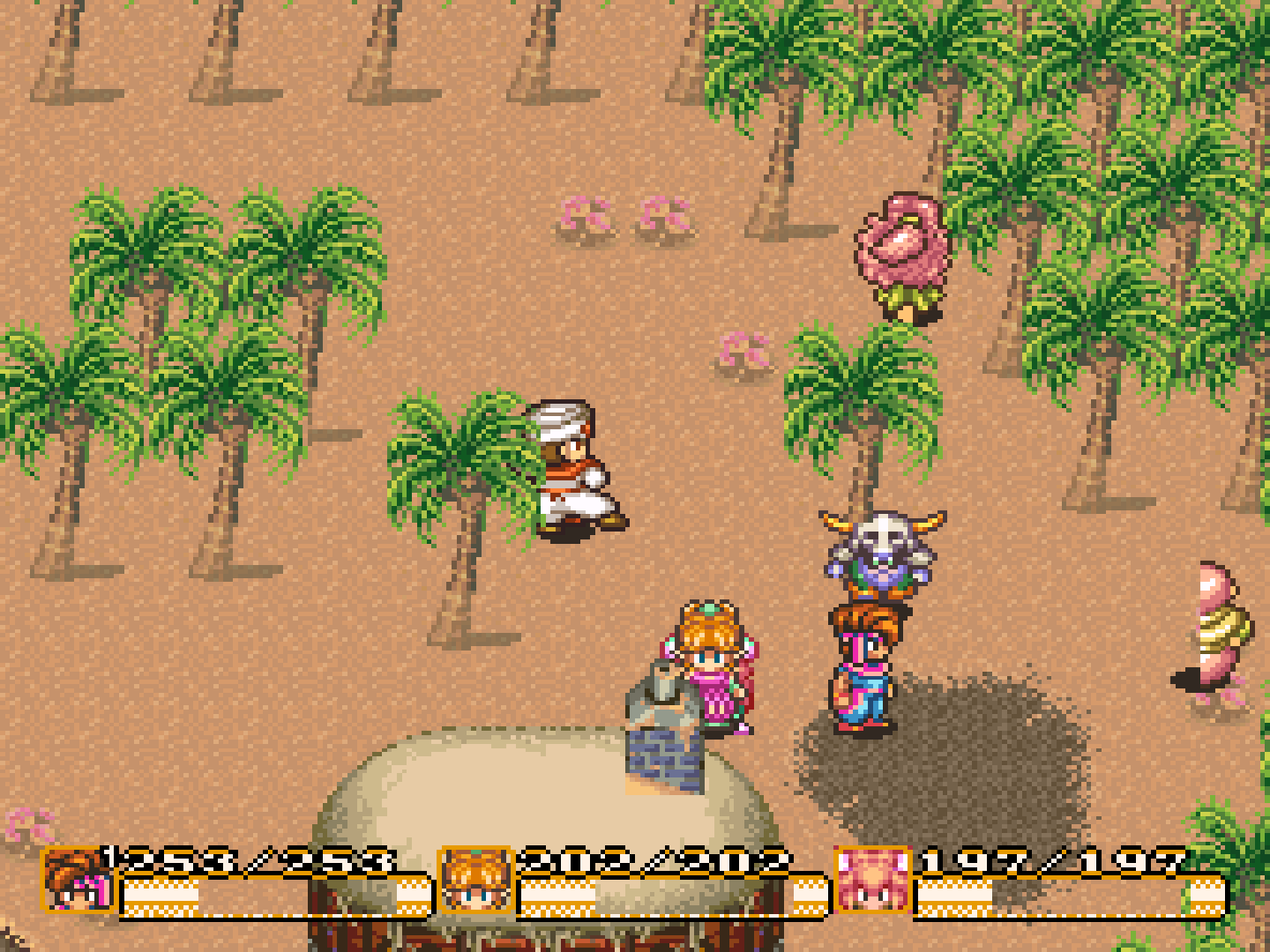 Watts is not taking the desert weather too well...

I upgrade the Backhand Whip...into a Chain Whip for 800!

The prices for everything here are scaling up...