As soon as I get the power of the Fire Palace's Mana Seed, it seems that I'll be halfway finished with this game!

I wonder when we're going to ride Flammie?

After shopping, we head to the Cannon Guy near the cave.

The Cannon Guy here has two destinations to take us to... 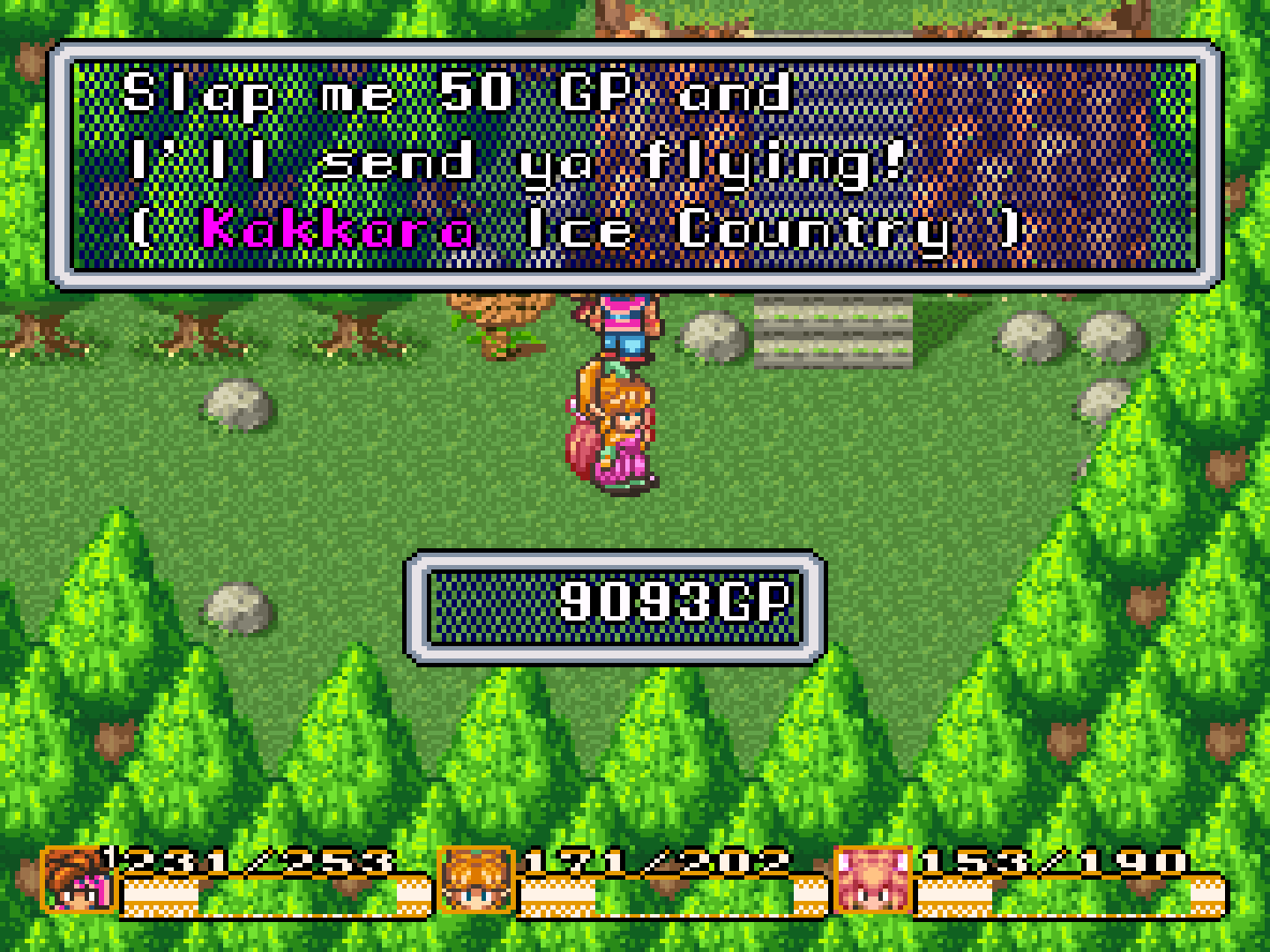 I pay him the fee, and jump into the cannon. 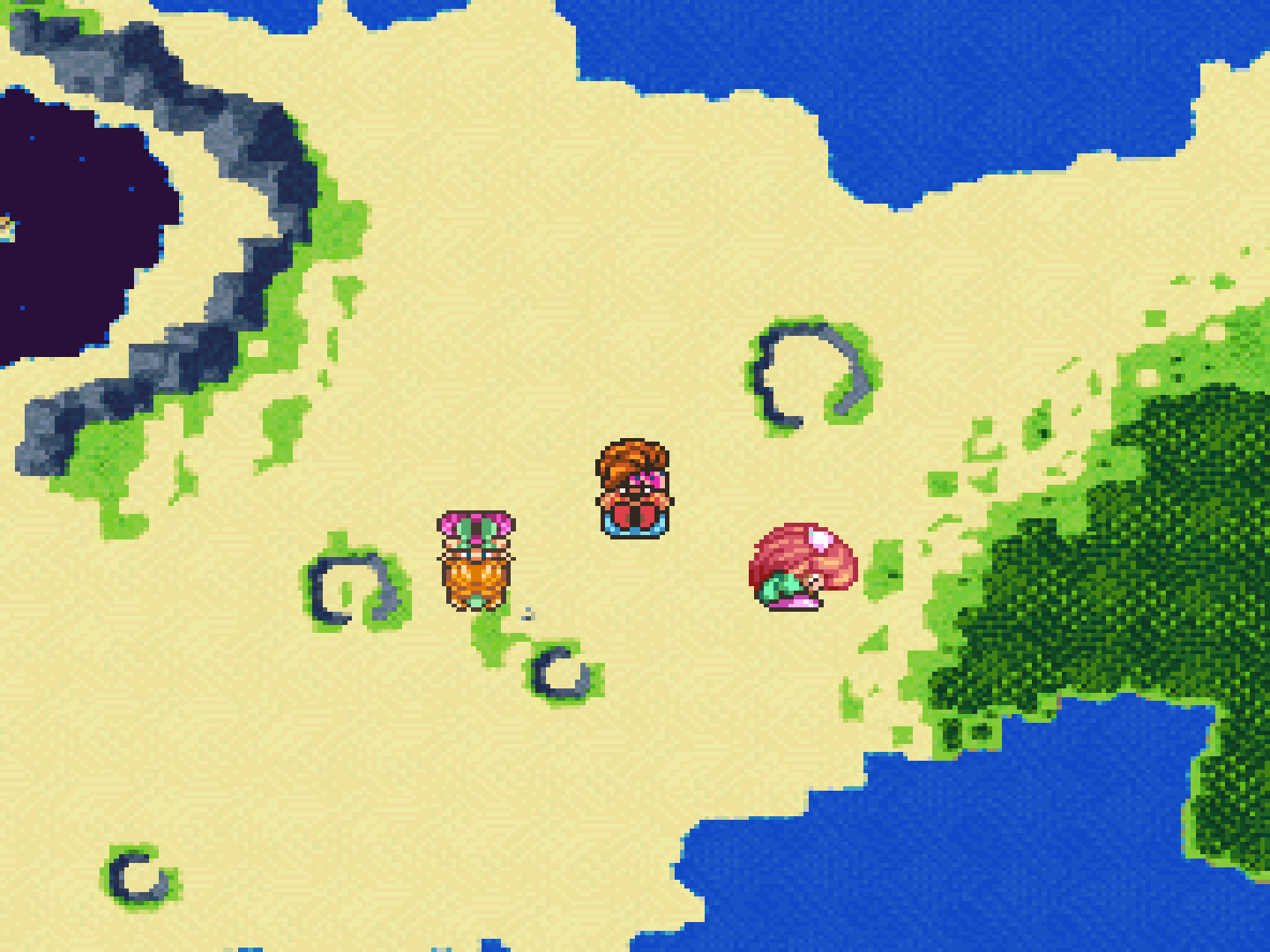 The cannon shoots us all the way northwest! Where will we land? 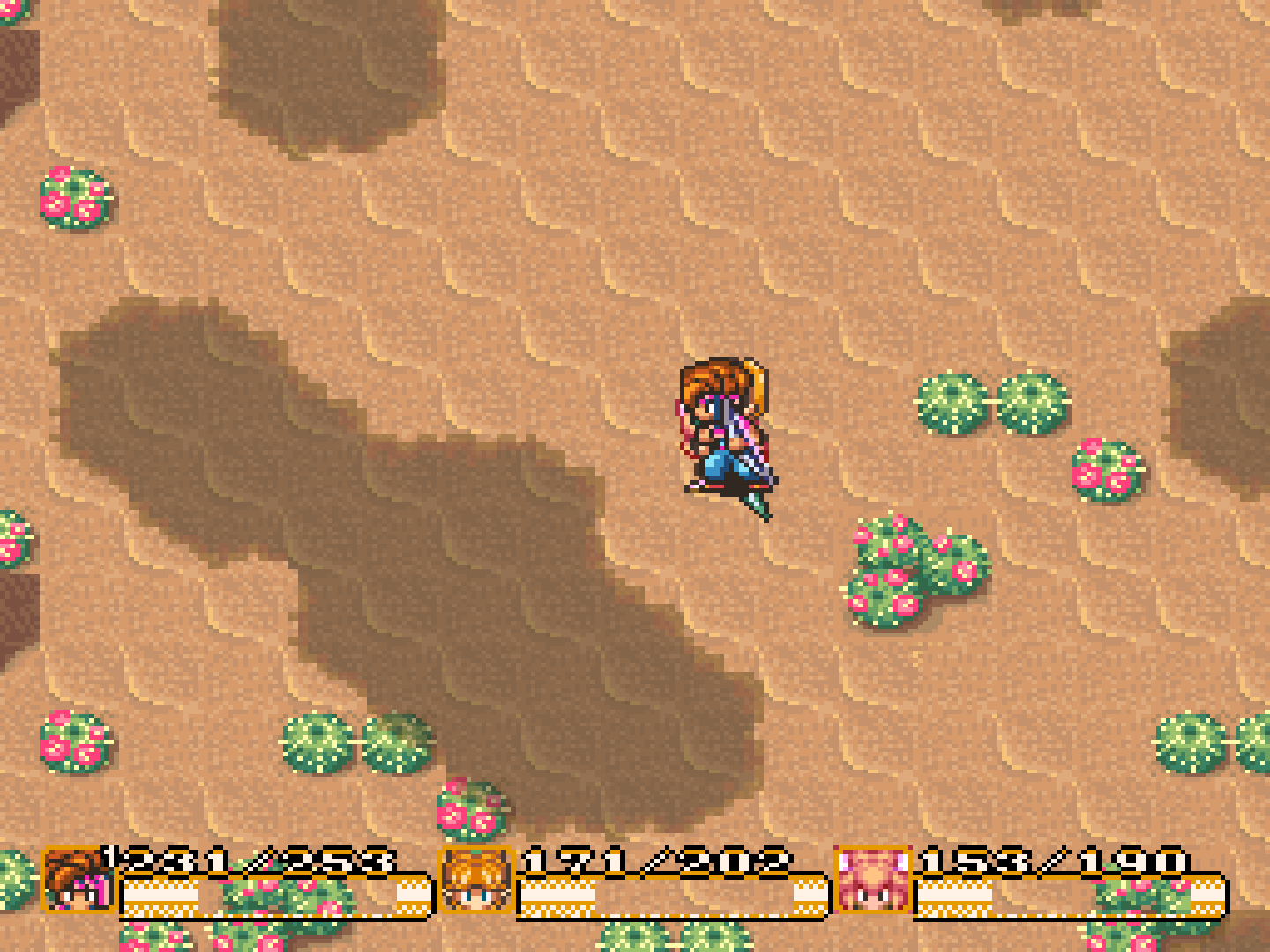 Here's the music for Kakkara Desert.

Max is not happy that he has sand all over him, while Pidge sees the emptiness of the desert... 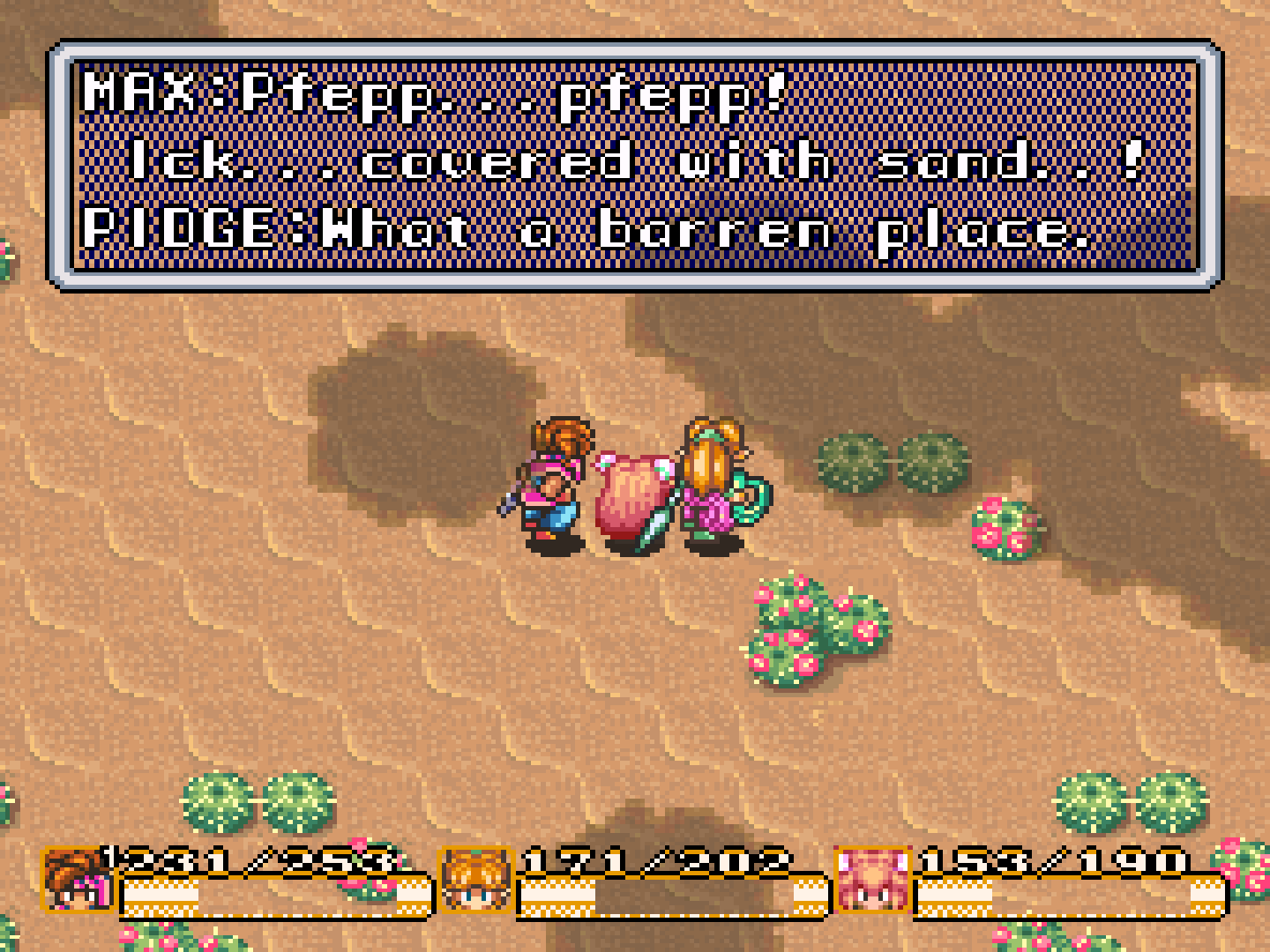 Hero's next move is to find a nearby settlement...

We head north, where we see our first monster in the desert, a Sand Stinger!

I have Pidge imbue Hero's weapon with ice!

There's even Pebblers thriving here too!

After turning that Pebbler into a snowman, we press onward!

...and we're getting pulled in by quicksand! I run back!

Now what about the west?

More ruins here, with Sand Stingers on the prowl!

I have Hero switch to the Claymore, it's more effective. 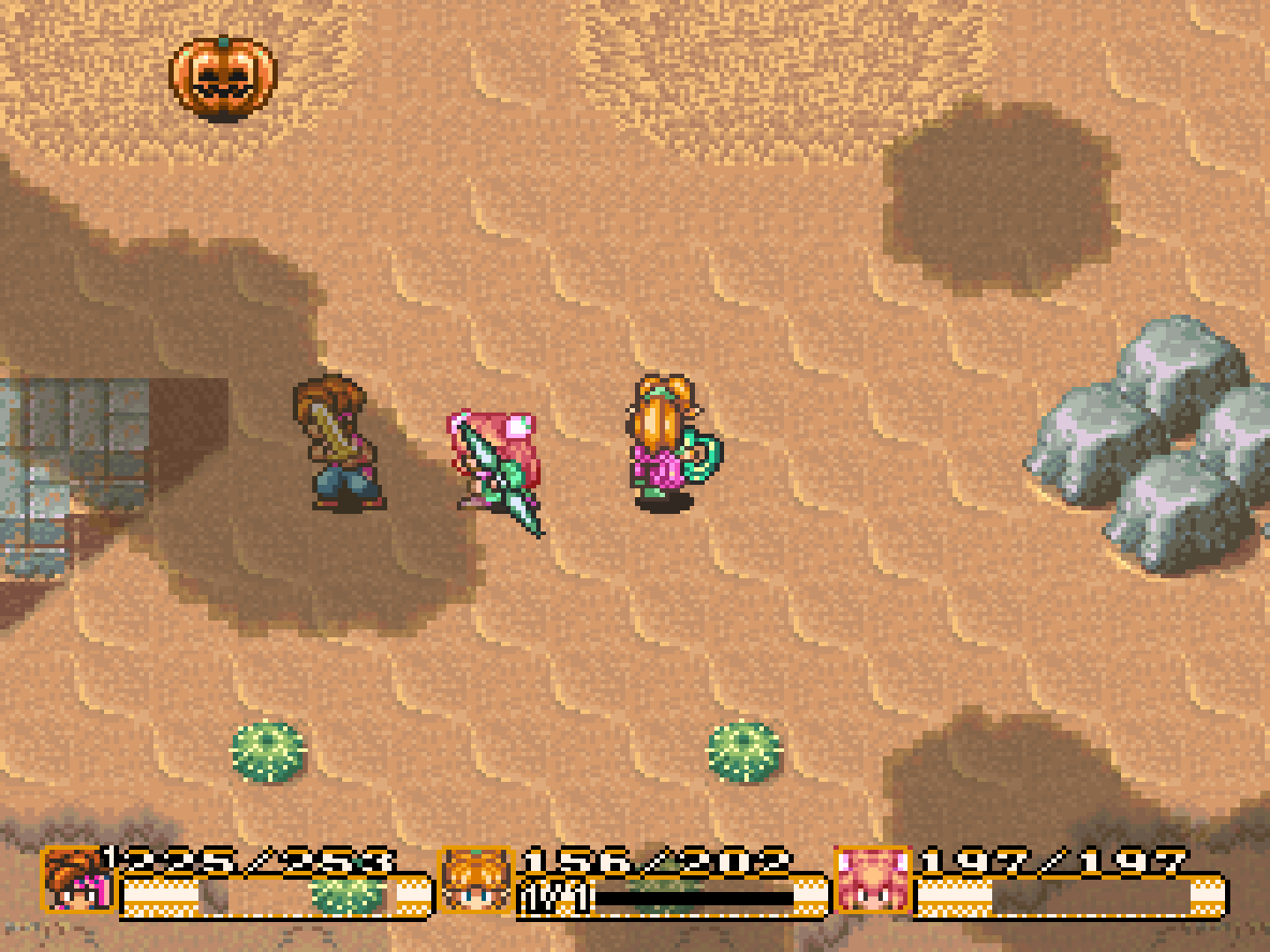 So the quicksand pits have Spider Legs inside, waiting to trap us!

I have Max Freeze the entire troop!

There's also jack-o-lantern bombs, but who's throwing them?

I see a green rock before the east road here. Could this lead us to a town? 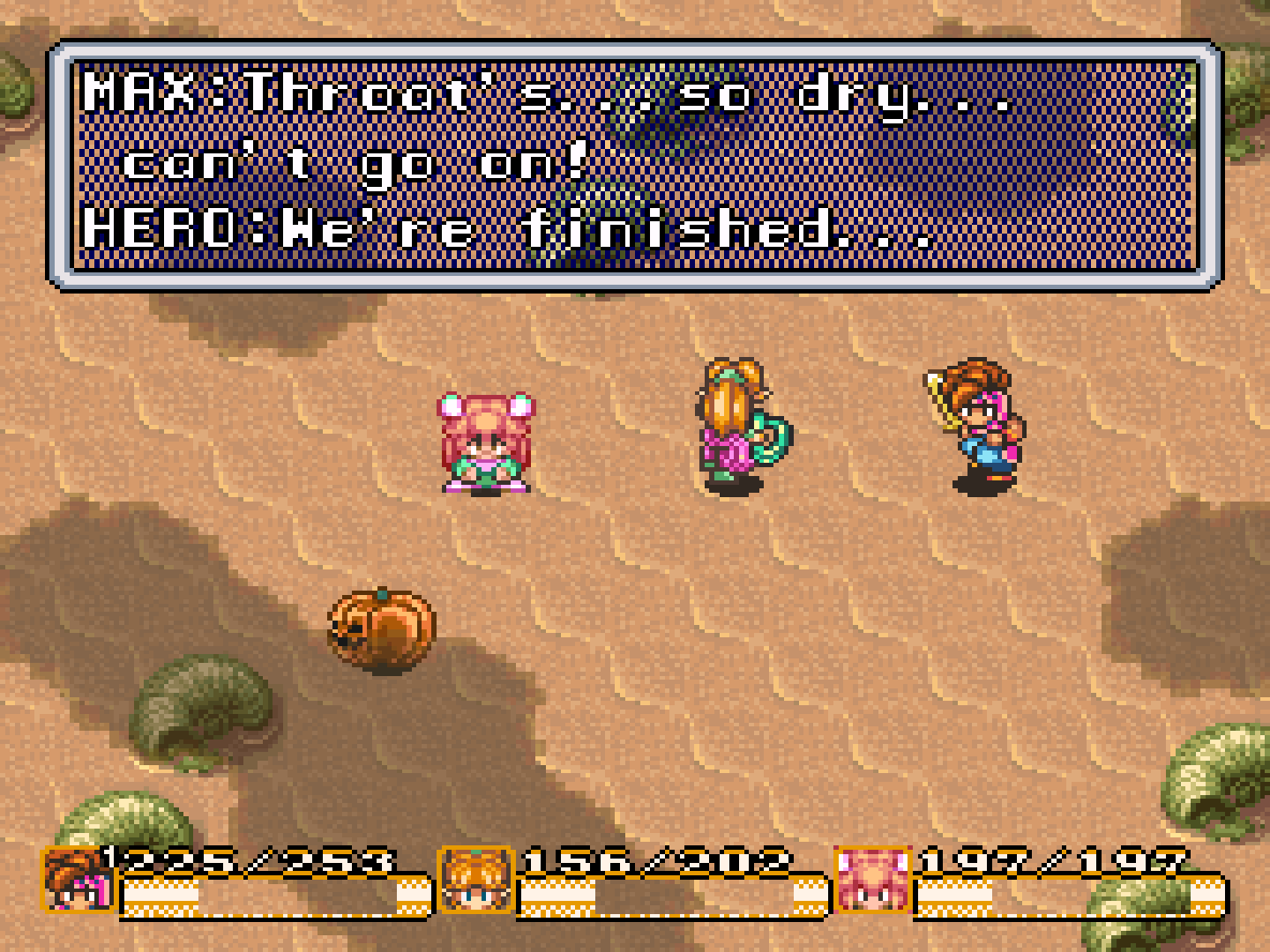 Pidge sees something in the distance. Could it be a mirage? Or a town?

But a pair of Spider Legs underneath the sands stop us, and casts an Earth Slide on Hero!

There's a lot of hidden Spider Legs in this desert!

I Freeze the creatures, and experiment a bit with Pidge's Balloon spell!

We take care of them and head north... 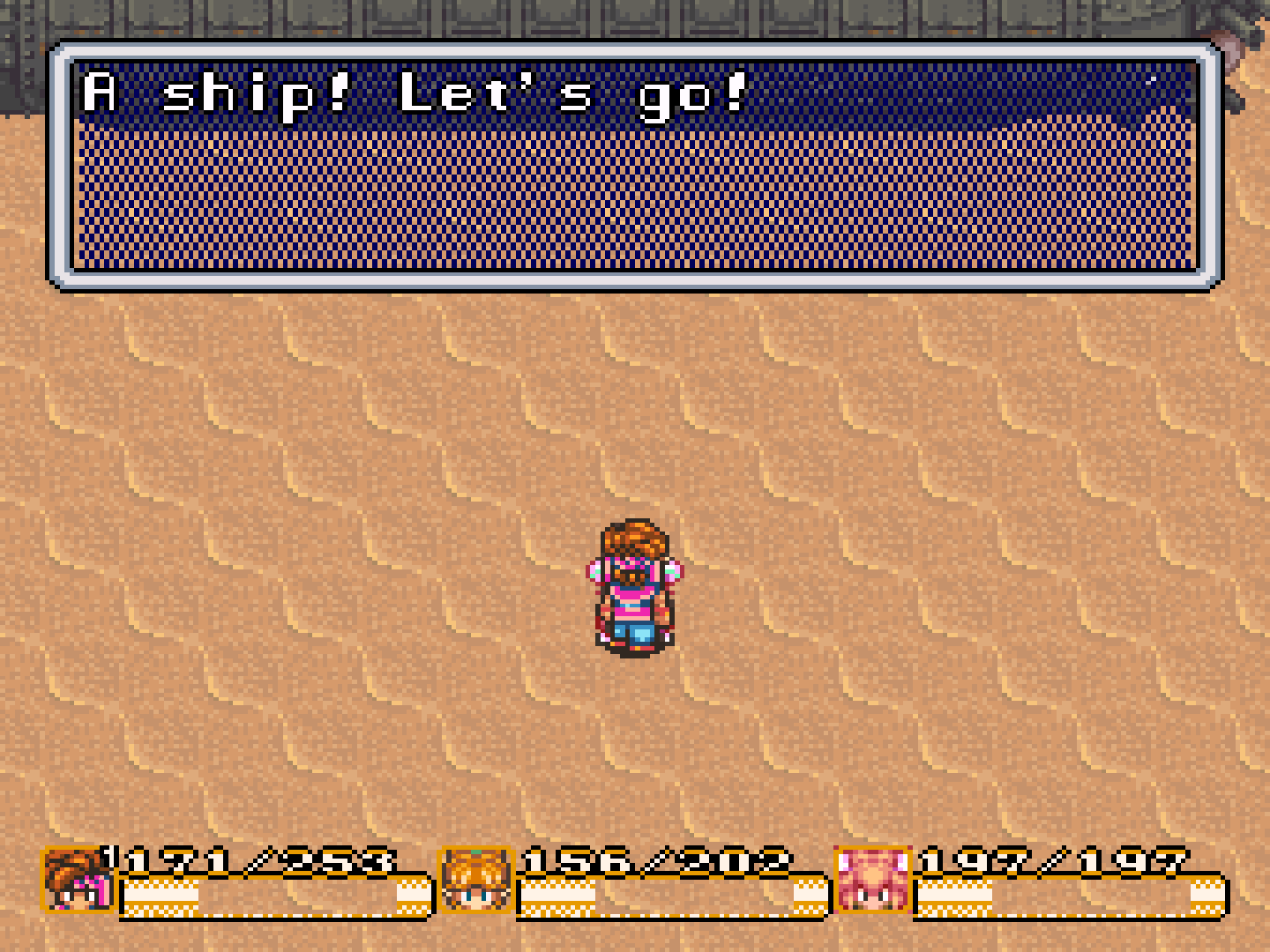 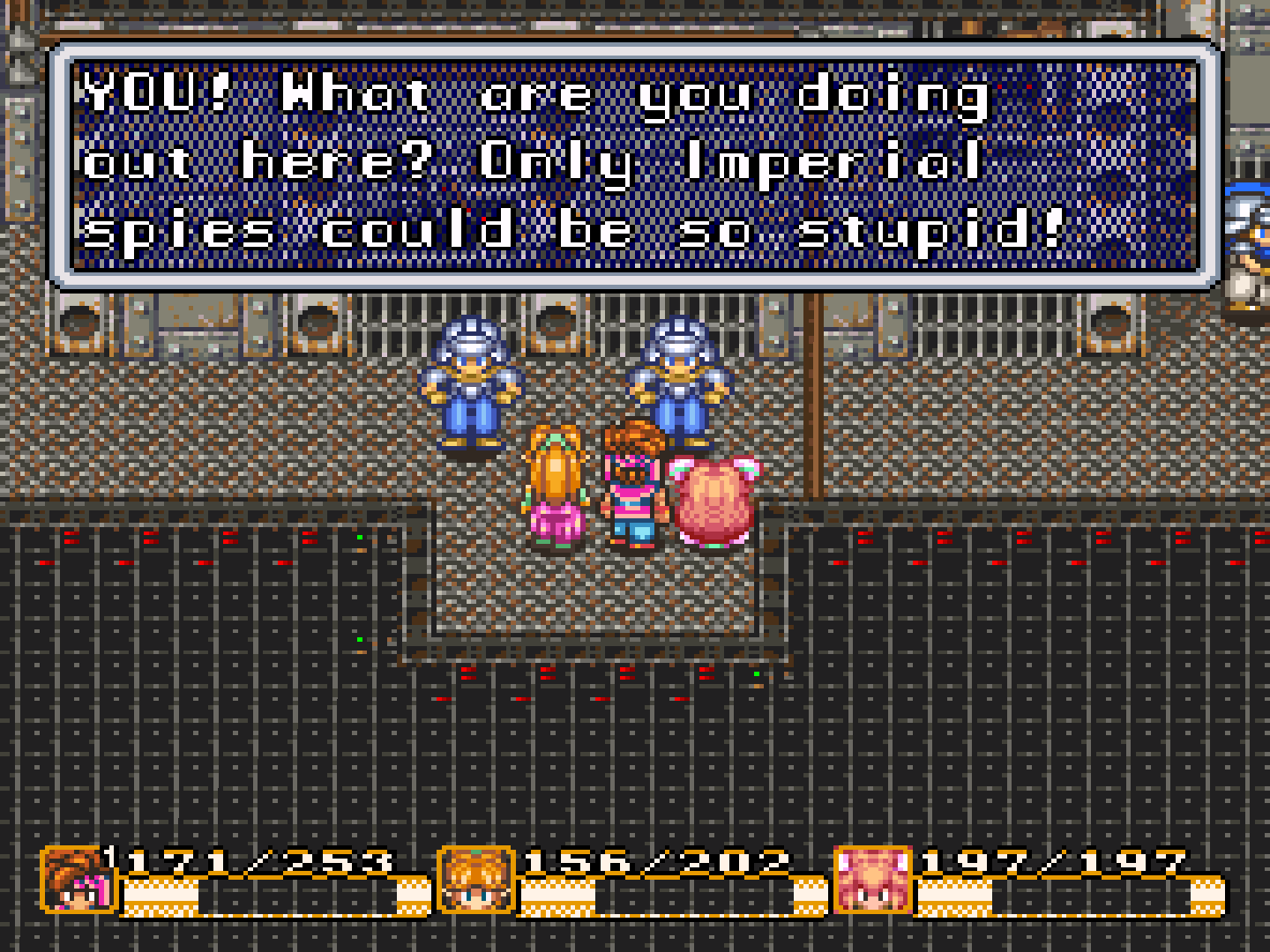 Max and Pidge huff at being called "Imperial spies." So they're not Empire. Their Commander comes forth, thinking that they're lost...everyone in the party nods!

The Commander, though, likes our determination, and decides to help us! Yes!

The Commander gives us our tasks: Hero works the engines, Max makes the meals, and Pidge goes with the Commander...oh boy...this is not good...