As we enter the tunnel, Pidge decides that she doesn't want to go this way, since it's not where the witch's house is.

At that moment in the cave entrance, I realize that the witch's house is at the Haunted Forest. Of course! *facepalm*

Now for the long turn back, to where more monsters await!

We finally make it up north, where we're greeted with pretty flowers, and a Lullabud! 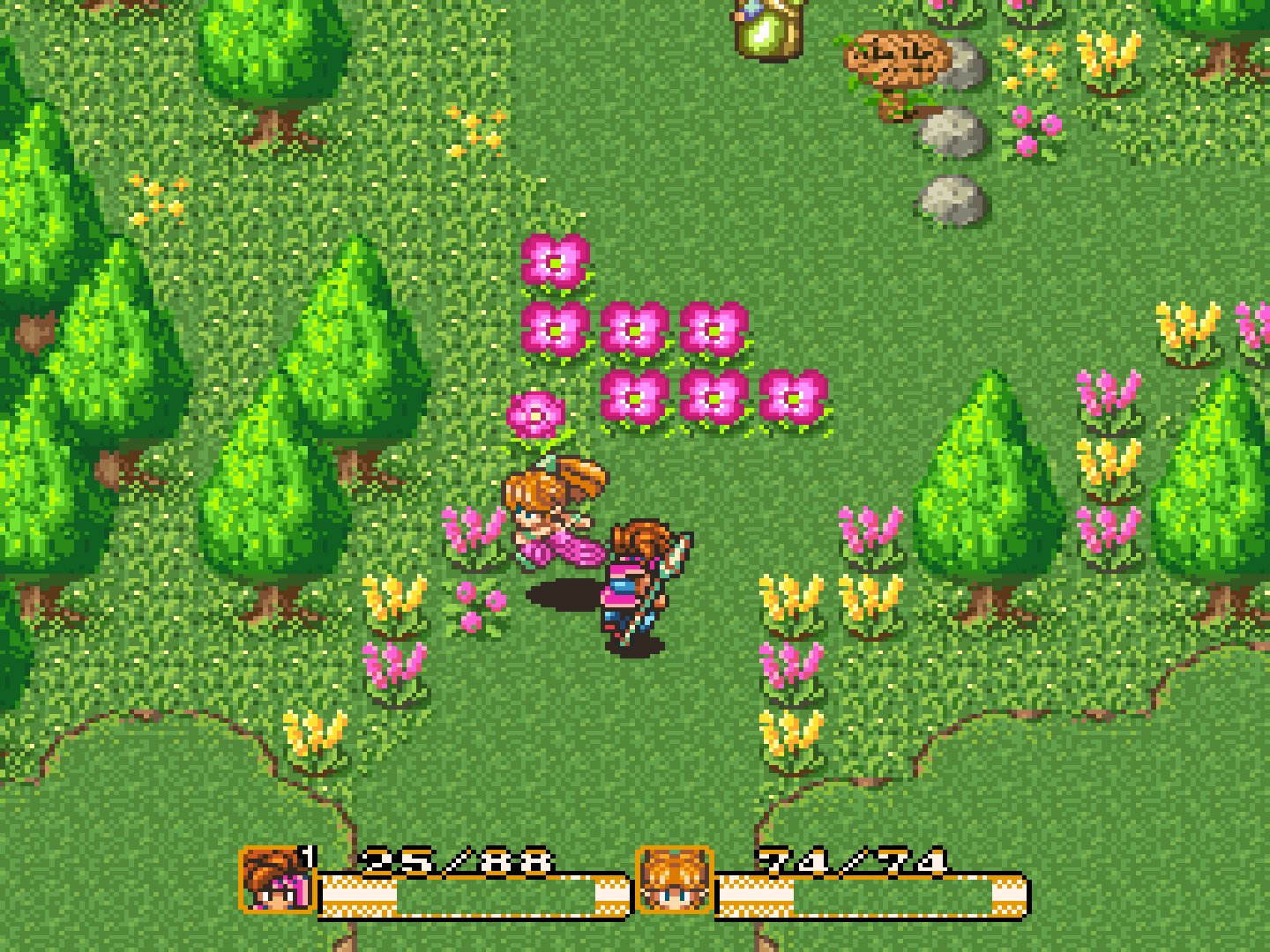 At this point, my phone dies! I'll have to cover this with what I can remember...

Now that I've charged my phone, let's see what I did...

As soon as we headed into the portal for the Haunted Forest, a Chobin Hood starts firing at us! The monster eventually takes Pidge's life!

Knowing I'm almost finished, we head back, with Pidge's ghost following us! 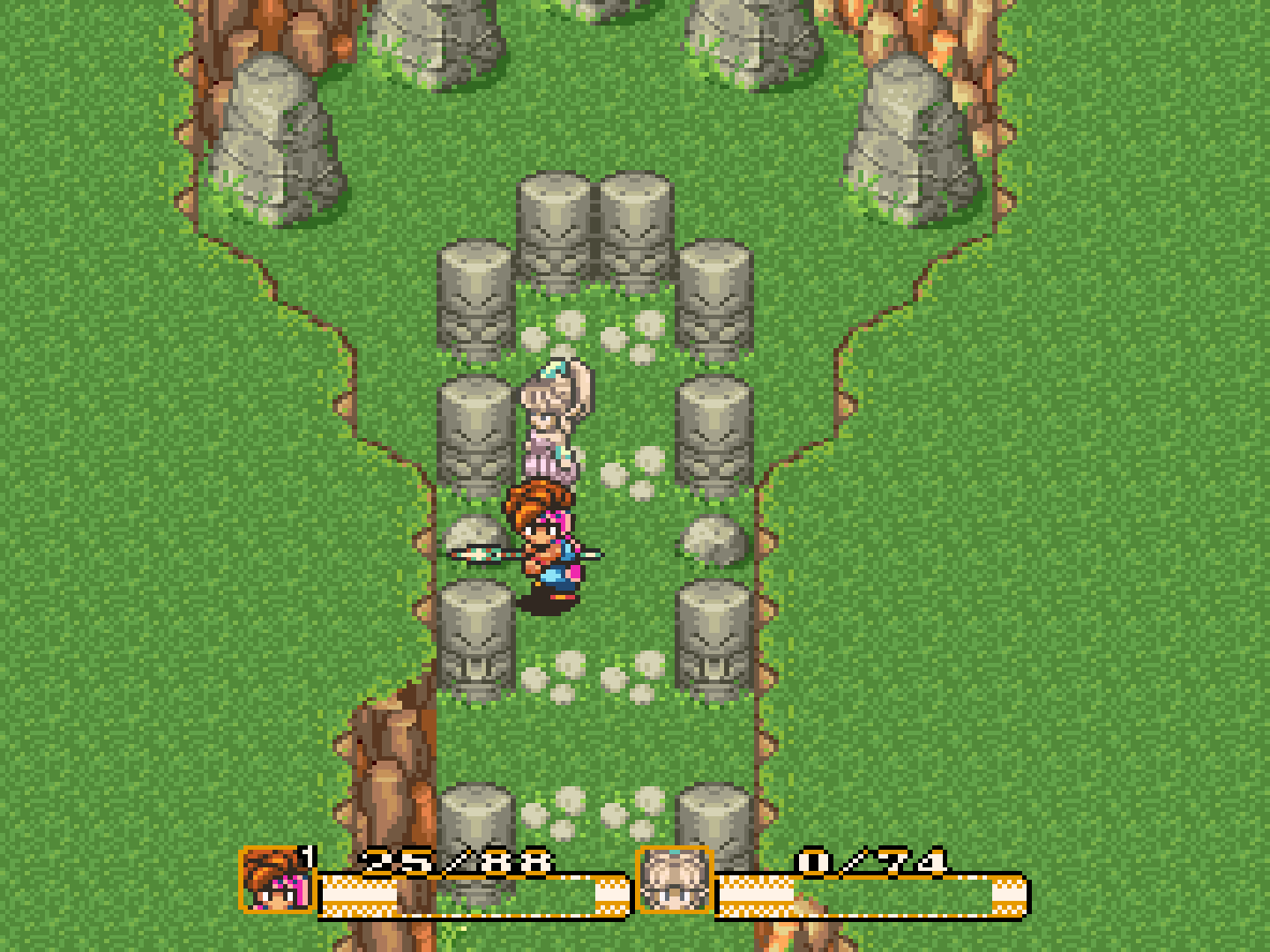 I set up a save state here on the outskirts of the forest portal.

Later, I have Hero switch equipment with Pidge. The animation for the switch is a nice detail!

There's a way east of here. Out of curiosity, I go and look, hoping it's a way to an inn of sorts.

But it's another cannon spot. The Cannon Brother, however, refuses to take ghosts.

I notice that I have a Cup of Wishes. Using that, I revive our ally, and head back to the cannon guy.

After paying the fee, we set our course back to Pandora, where the Cannon Brother tells us the people there are not a conversational bunch. 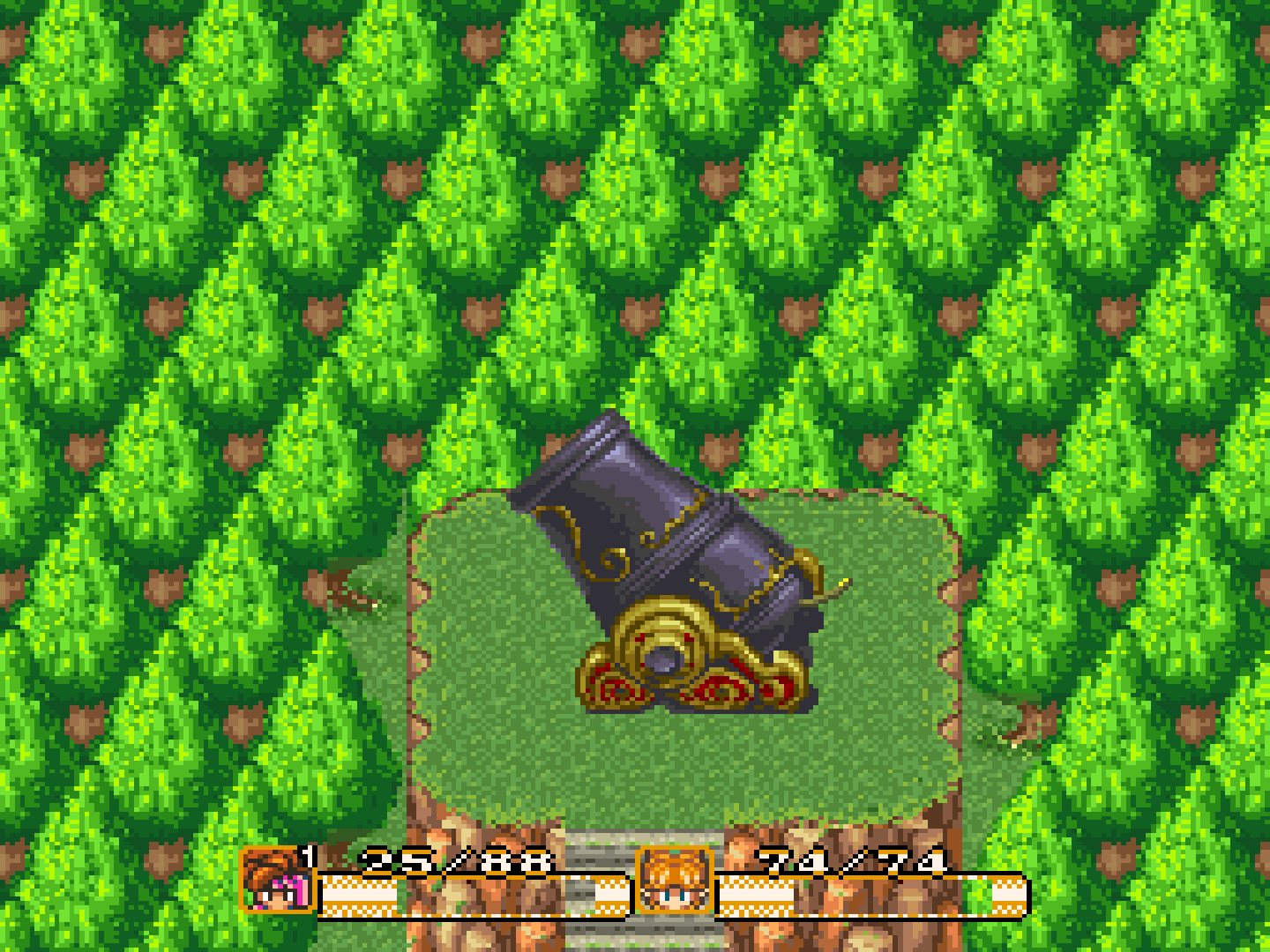 Whoa! What a wild ride! 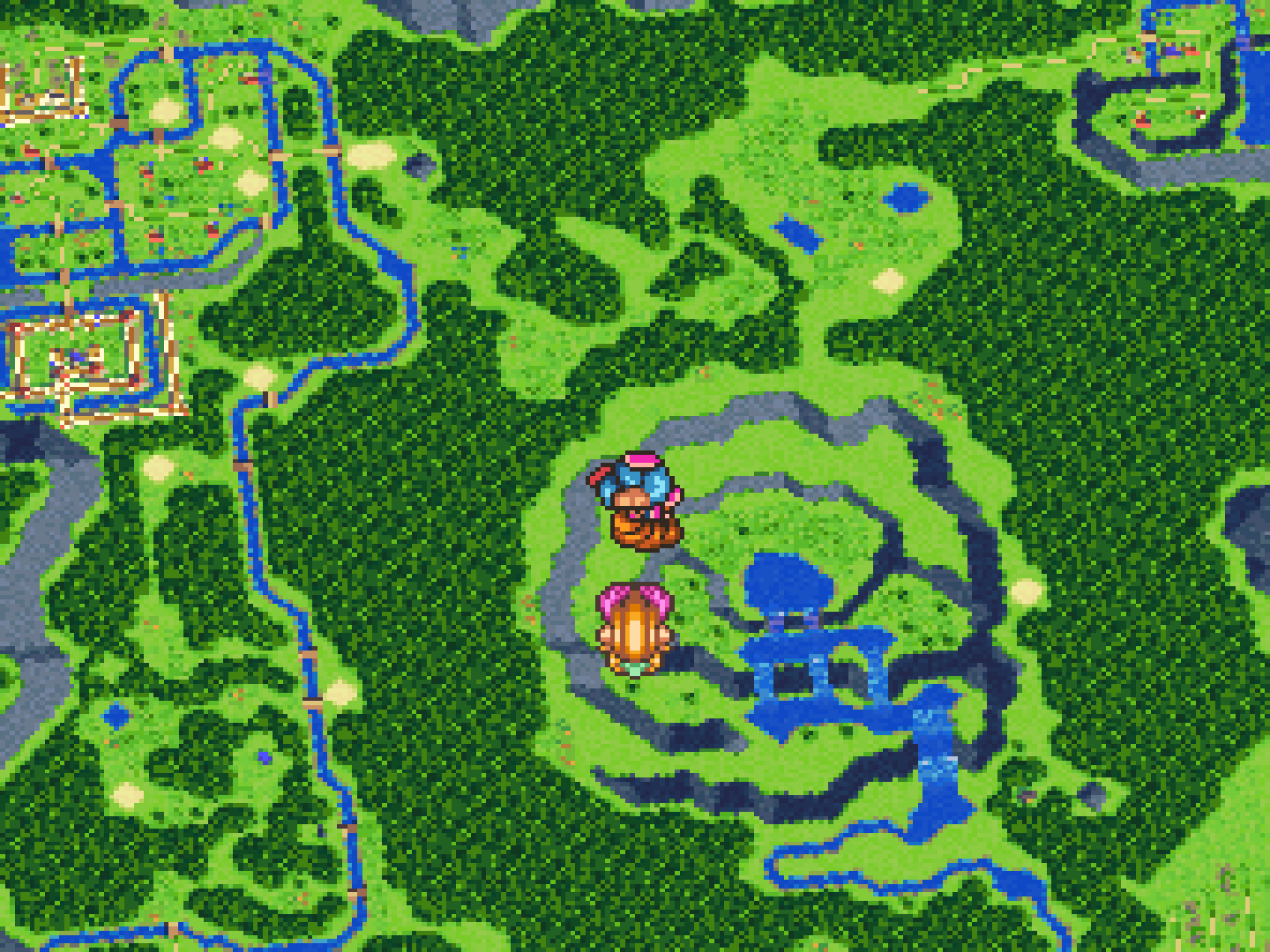 We land in the middle of town...

I have the party restock, sleep at the inn, and save here. Now we know where to head to this time to save Major Dyluck, find the witch, and to go off to Gaia's Navel when we're ready.