Okay, let's get started with this game! 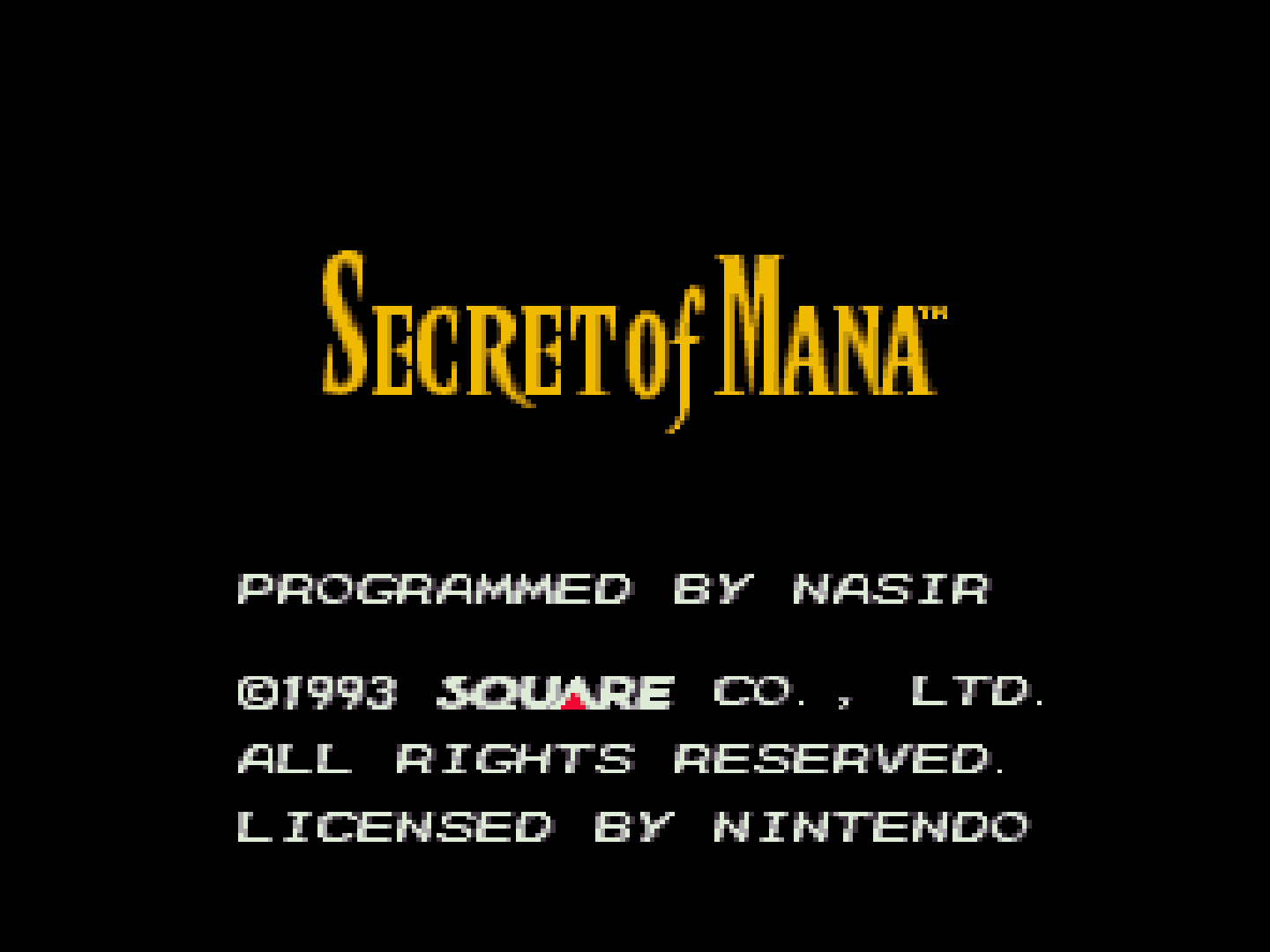 The intro music sounds pretty nice...but I accidentally skip ahead...

...and now I'm in the menu screen, and I can't move my cursor for some reason. I can press B, or the cross button, though. Maybe it's because I haven't saved anything yet.

Now what should I name my character?

I'm not very good with names, so I'll stick with Hero. 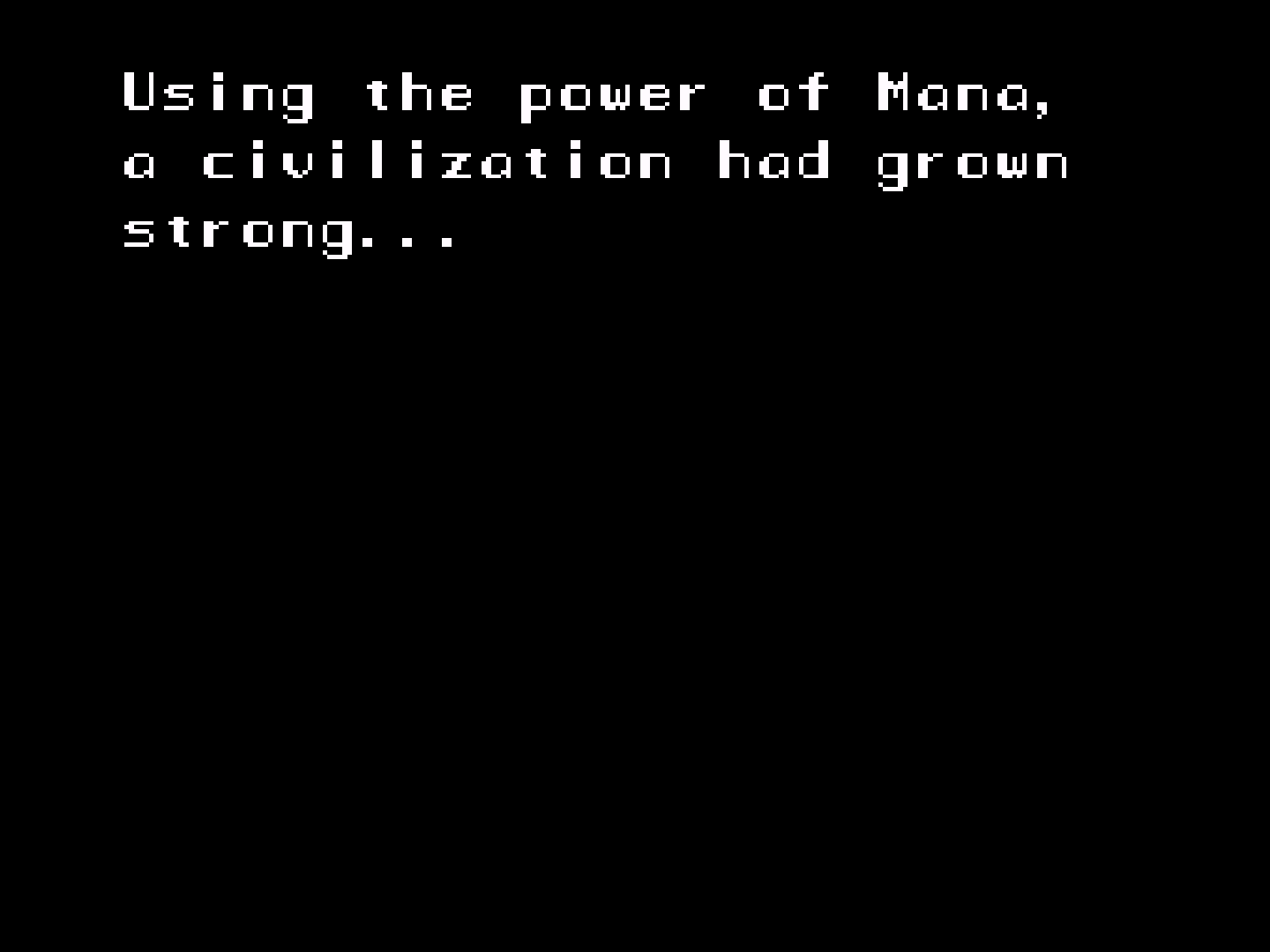 "Using the power of Mana, a civilization had grown strong...In time, Mana was used to create the ultimate weapon: the Mana Fortress."

"This angered the gods. They sent their beasts to destroy the Fortress. A violent war rocked the world, and Mana seemed to disappear. Before all was lost, a hero with the Mana Sword smashed the fortress into pieces..."

And time moves on, Manaless, according to the narration. 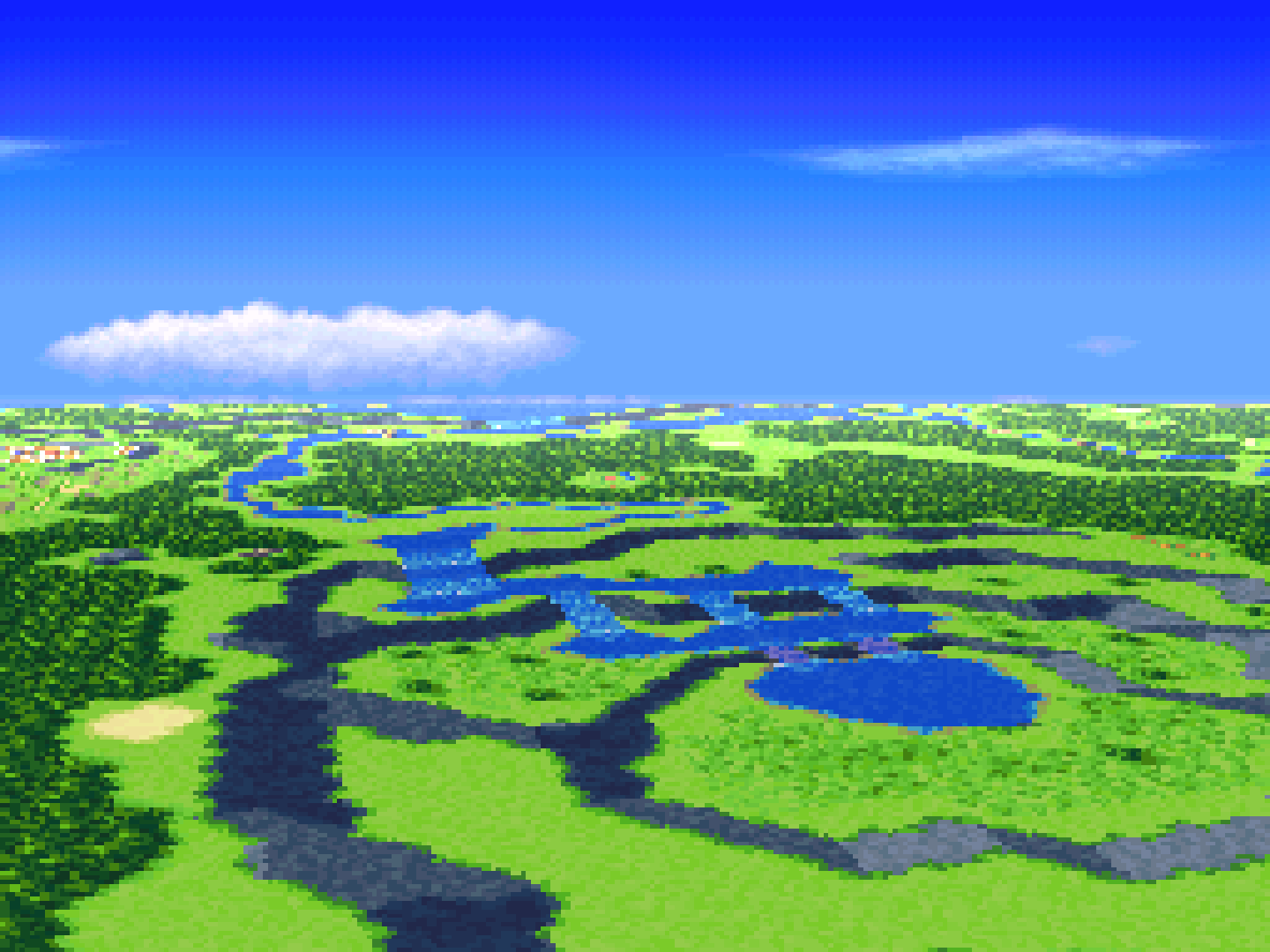 But, where am I being sent to?

So here's the Hero, crossing a large log before a waterfall telling his two friends, Timothy and Elliott, that their Elder might be mad at them if they're caught sneaking out to where they're going.

So what is the place they're going to?

A ghost!? Timothy thinks that's meant to scare them.

Oh my god, the Hero slipped and fell! 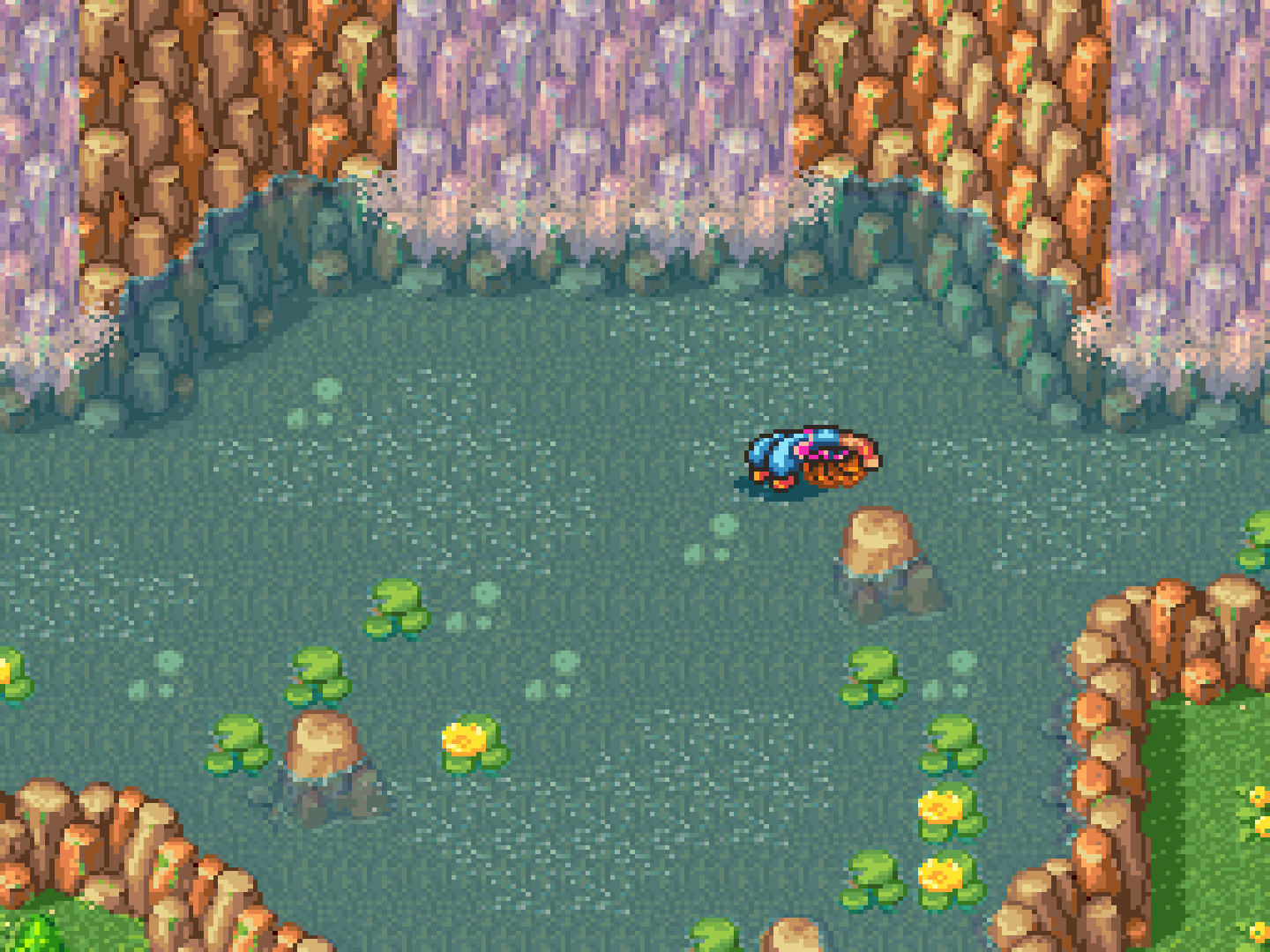