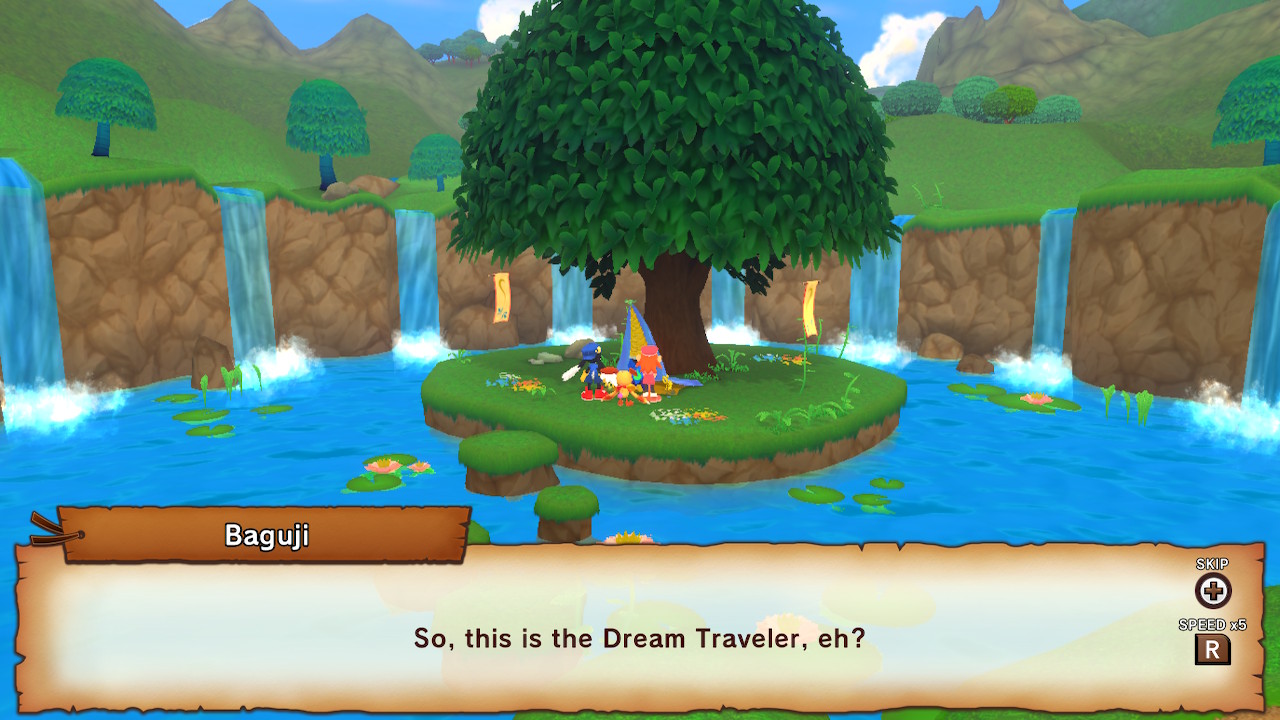 Lolo: "He appeared in the Sea of Tears, just as you foretold."

So I take it back, Baguji was the one who christened Klonoa as Dream Traveler since he predicted his arrival.

Popka called it "pretty cool" that Baguji predicted Klonoa would be in the Sea of Tears.

Baguji: "Your name is Klonoa, is it?" He gestures his left hand to the distance.

There's La-Lakoosha, where the priestesses reside... 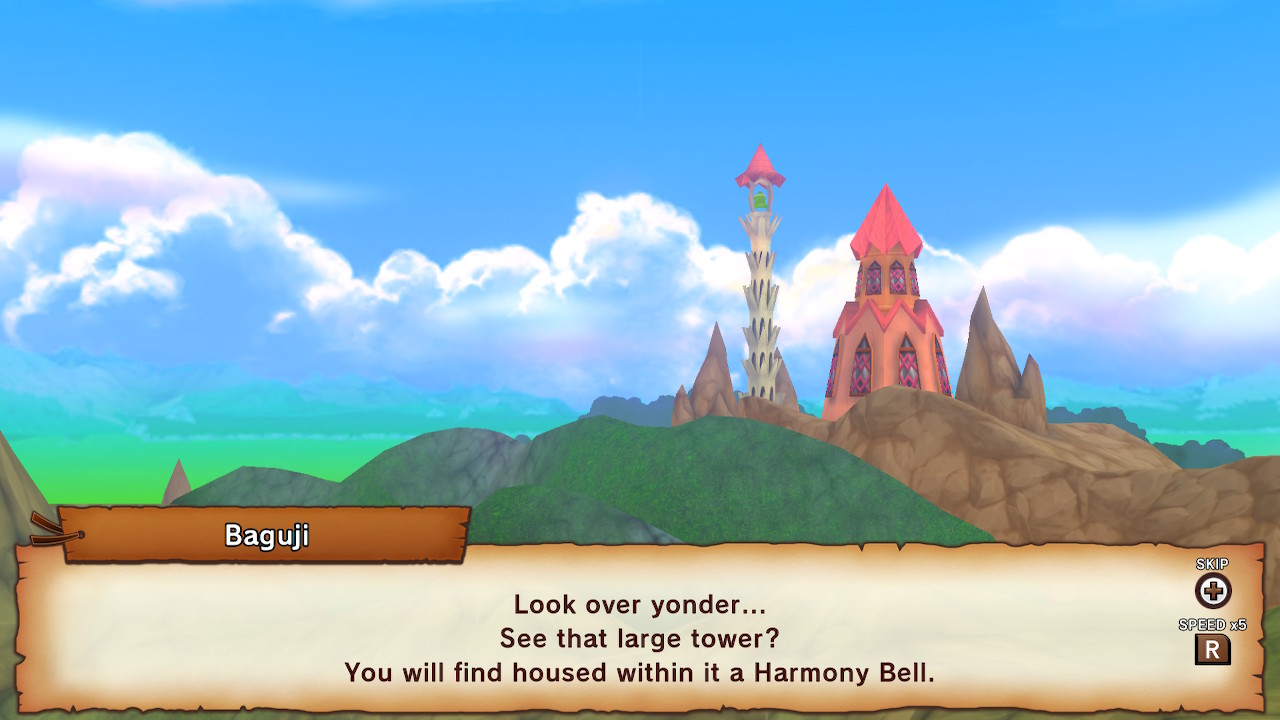 Baguji: "You will find a similar tower and bell in each of Lunatea's Four Kingdoms."
Lolo: "They say the Bells are responsible for maintaining peace throughout the entire world."
Baguji: "However, I see another...A bell of darkness that belongs to none of the Kingdoms. A Fifth Bell is about to be delivered unto the world."

We get its silhouette. The remake did come close to portraying it in shadow. 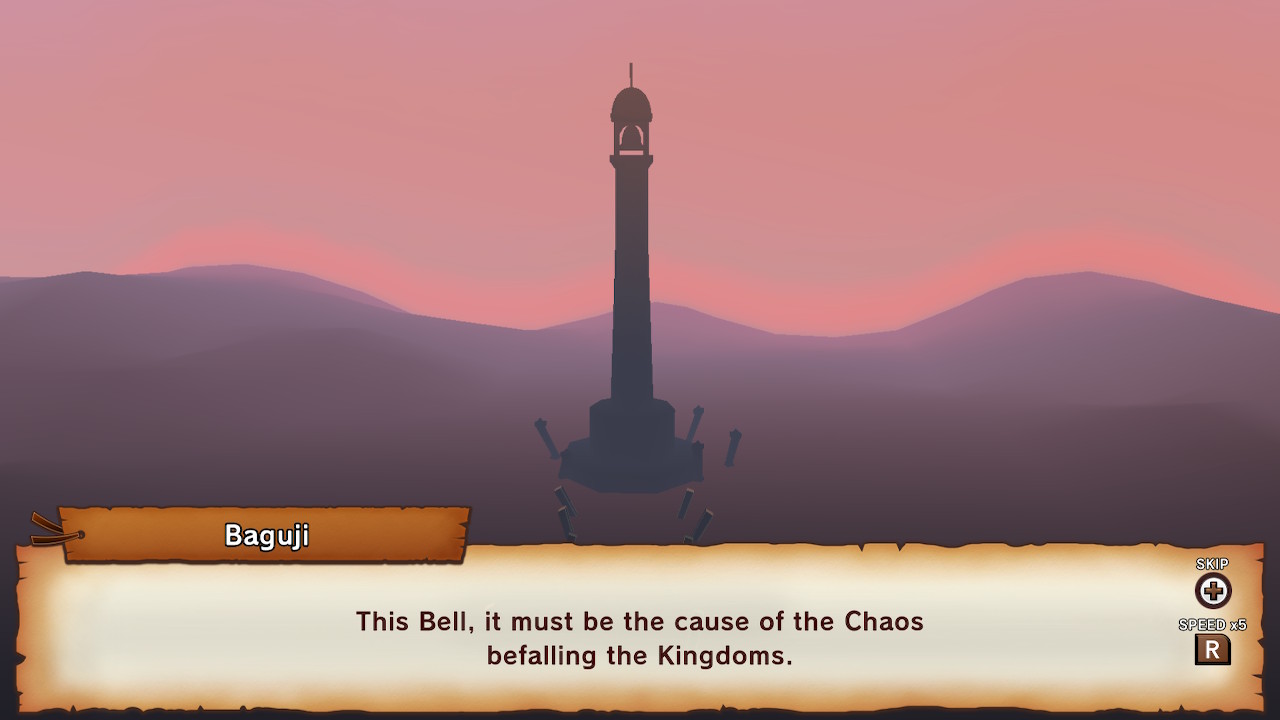 Baguji: "Oddly enough, many people don't seem to notice it. Monsters run amok, and priestesses fall ill when they are tainted by [the] evil [of this bell]."

Klonoa asks about Lolo, though she says she's only in-training.

He says yes, since she saved him. 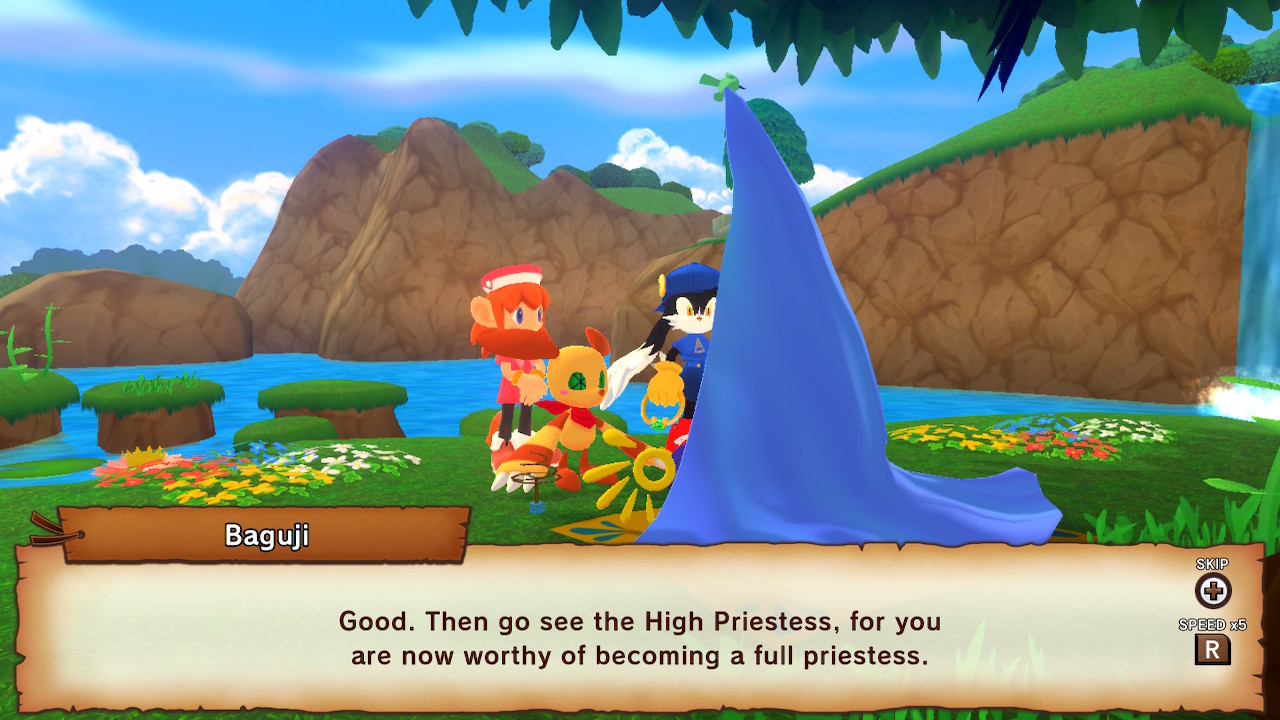 She bows, knocking her head on Baguji's barrier! No, this time she hits her head on Popka's head!

For some reason, I got a bit scared at that part the first time I played through this game, thinking Lolo got hit by Baguji's magic by accident!