I've been waiting for a very long time to get to this boss. The music, the boss itself, the location, everything in this level is near-perfect.

When I first played through this, I thought Leorina was the final boss of this game. The whole atmosphere had that feeling to it. I even remember announcing to other people that I beat the final boss, but soon realized there was more stuff left. 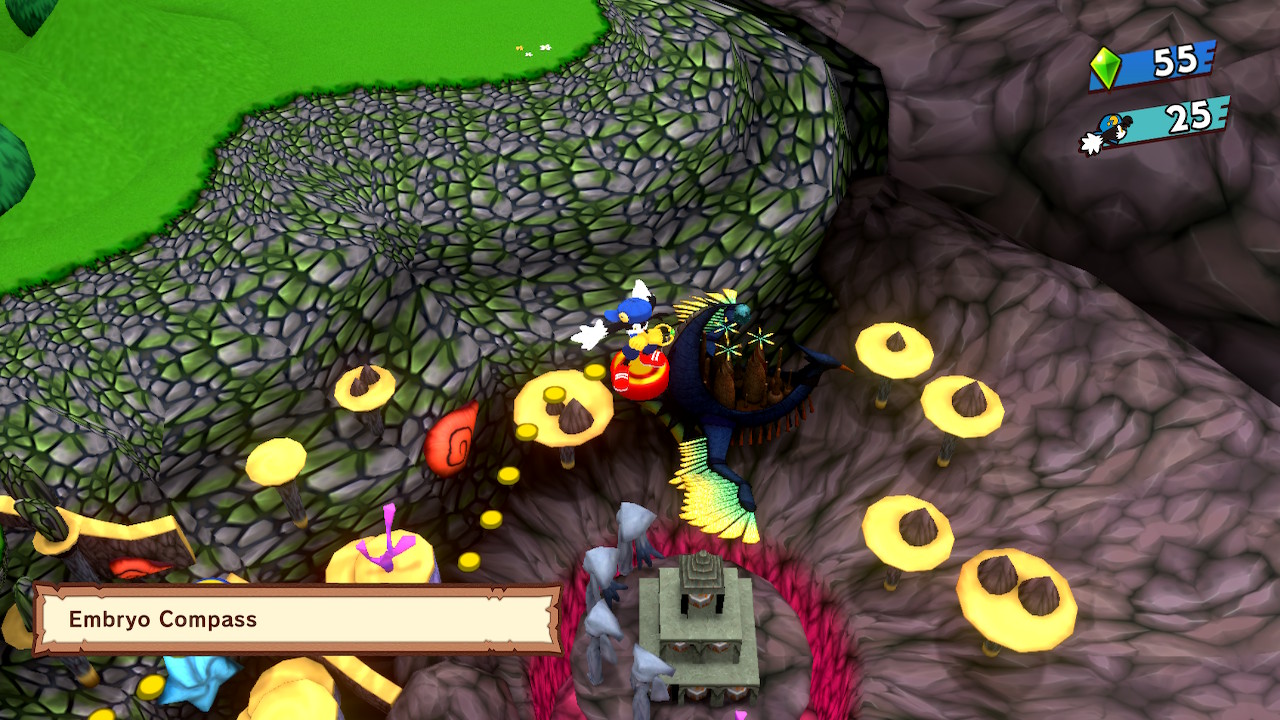 Klonoa and Leorina are in the egg that's dangling on the ark's tail. 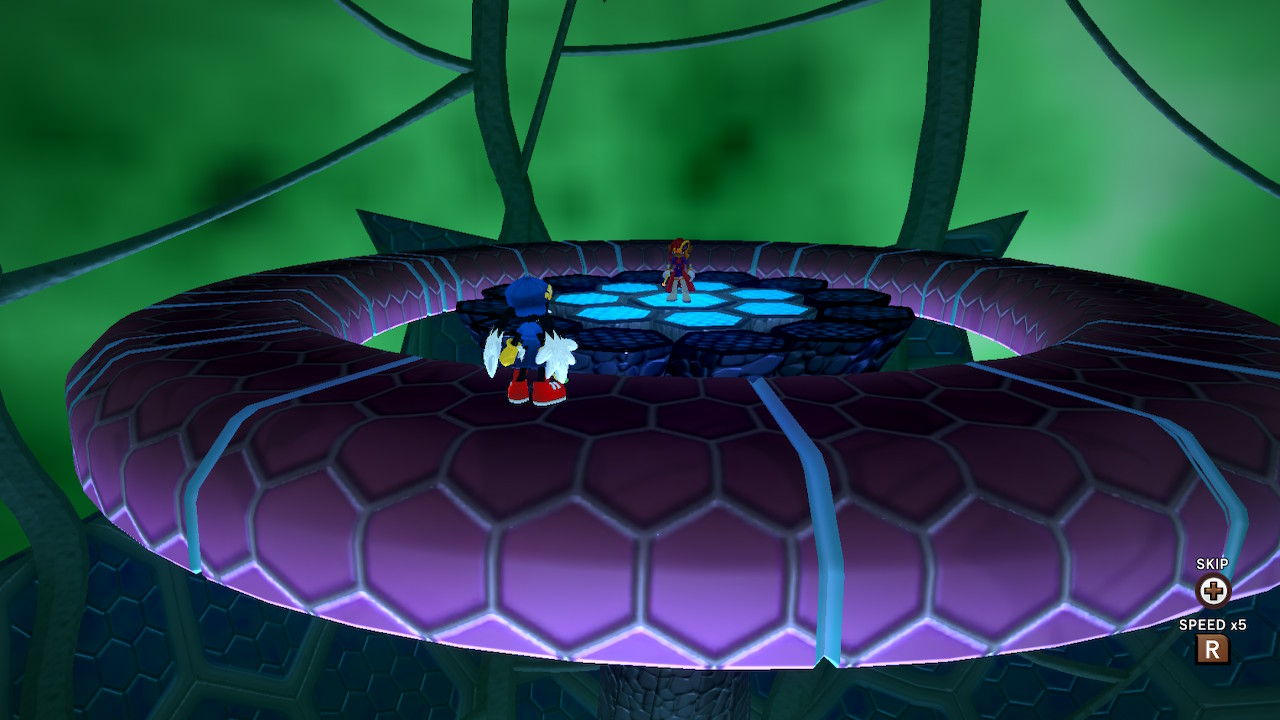 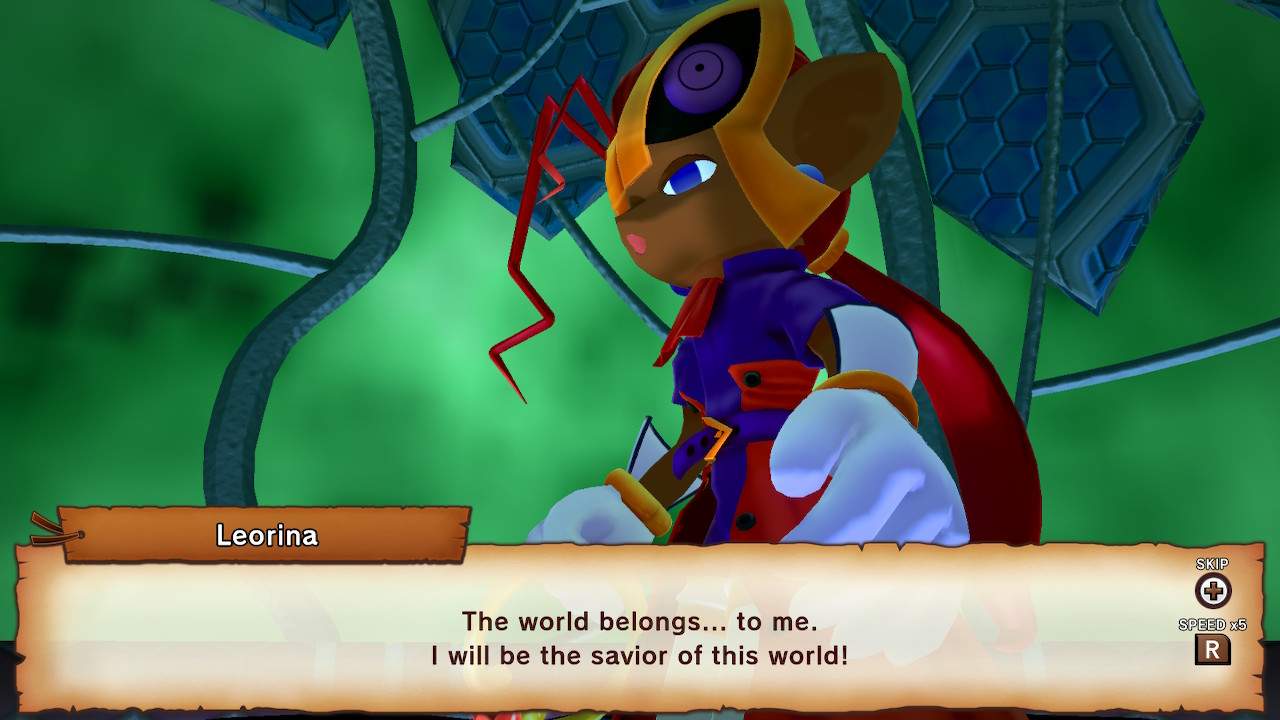 She looks at the Elements in her hand. 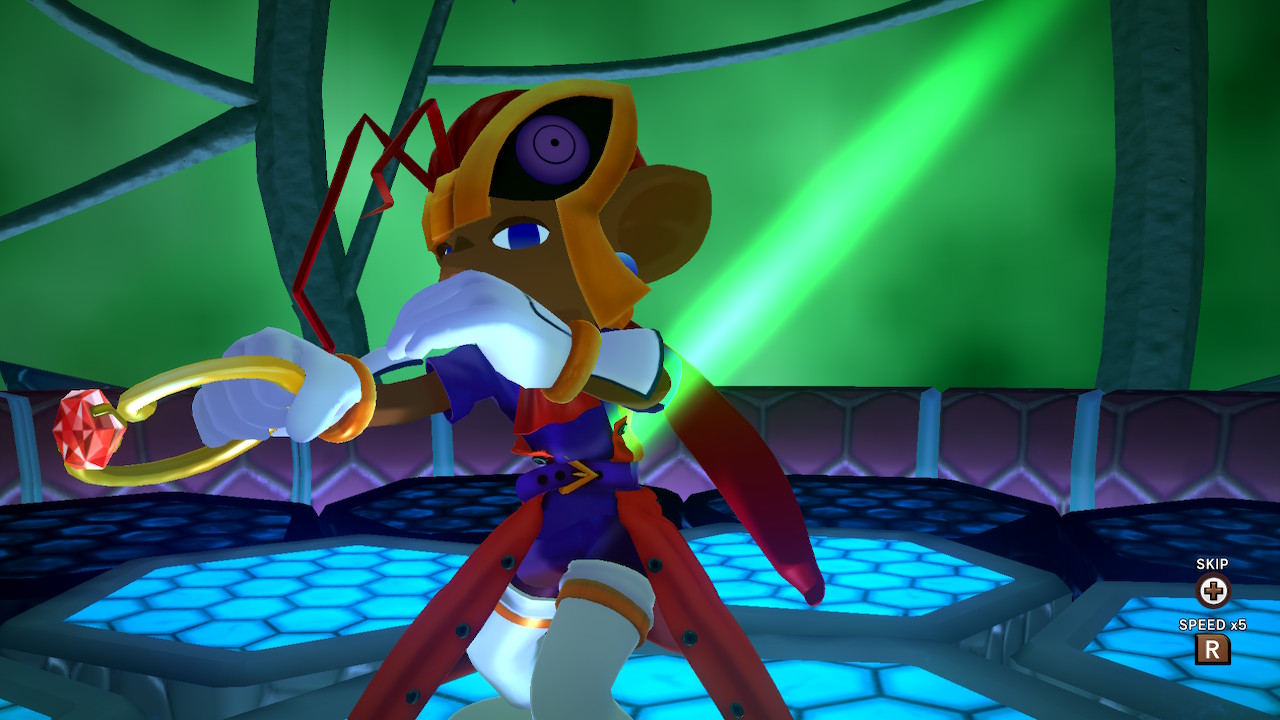 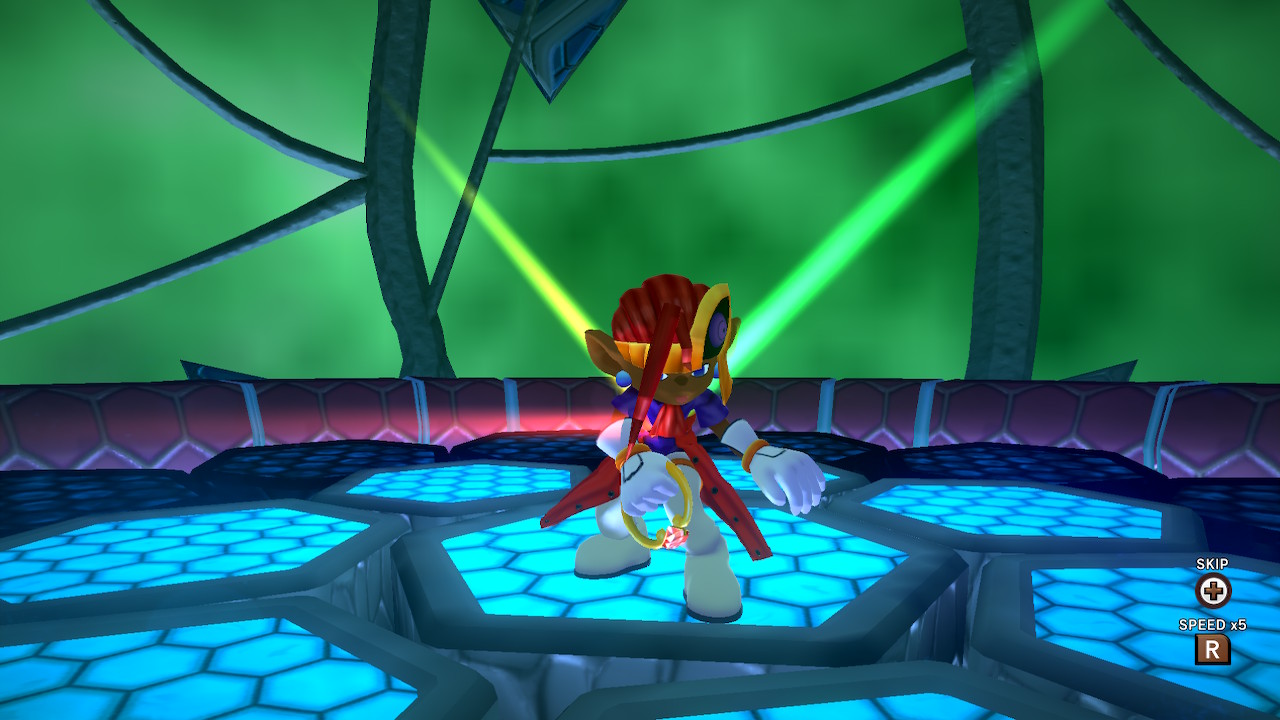 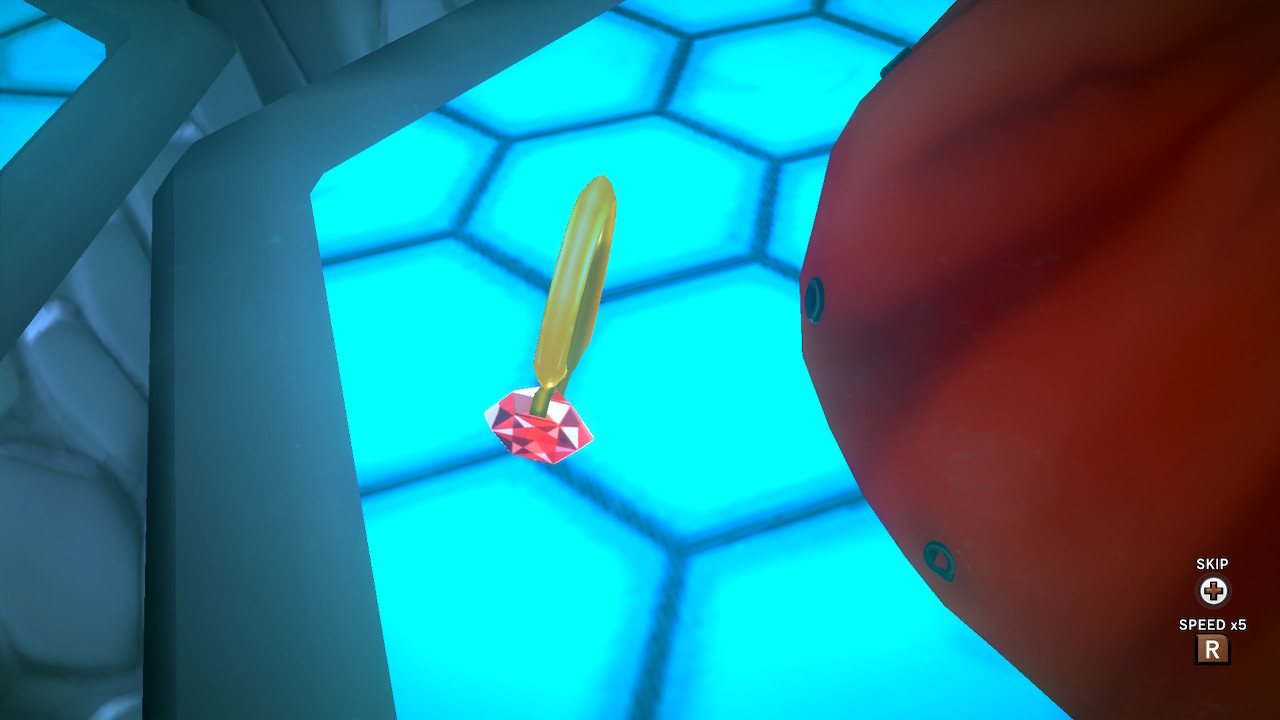 In my first playthrough of this game, this was where I learned what the Fifth Emotion was.

She screams, and transforms!!!

Holy heck! The devs did a brilliantly terrifying job of remeshing this boss. 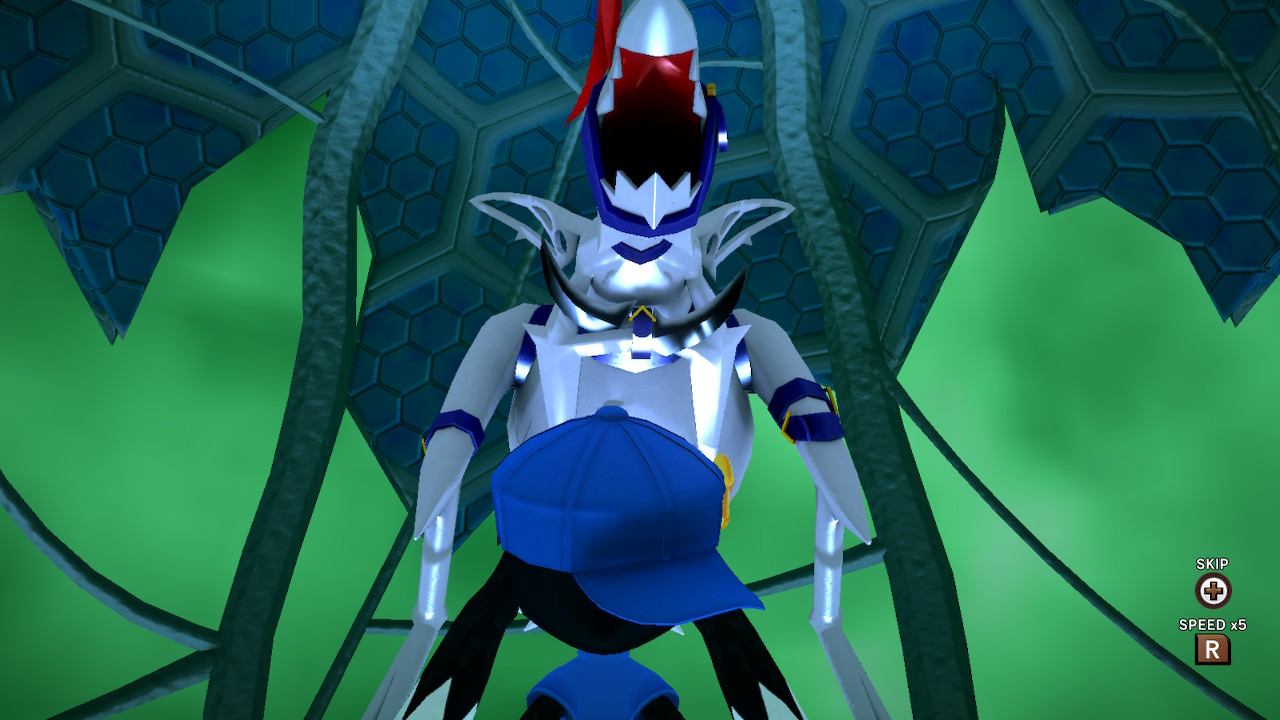 She roars, starting off low, like a beast, that peaks into a cry of agony. 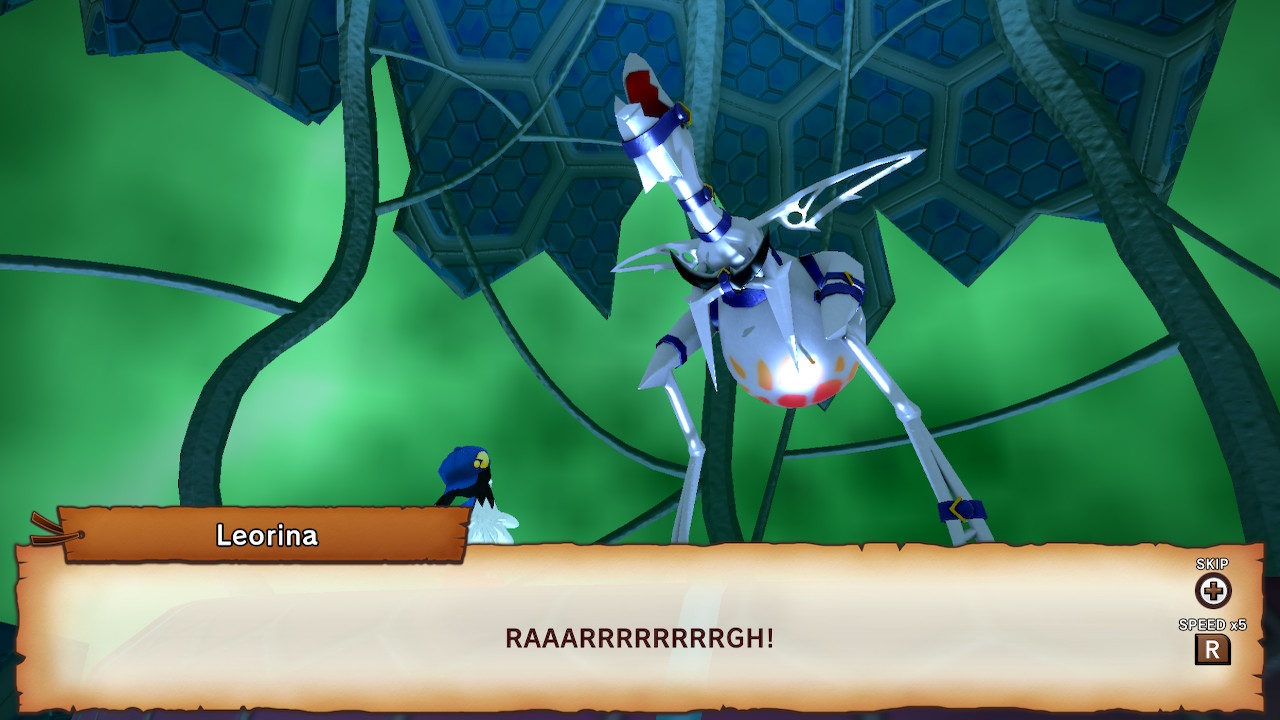 Let's see if I still got it! 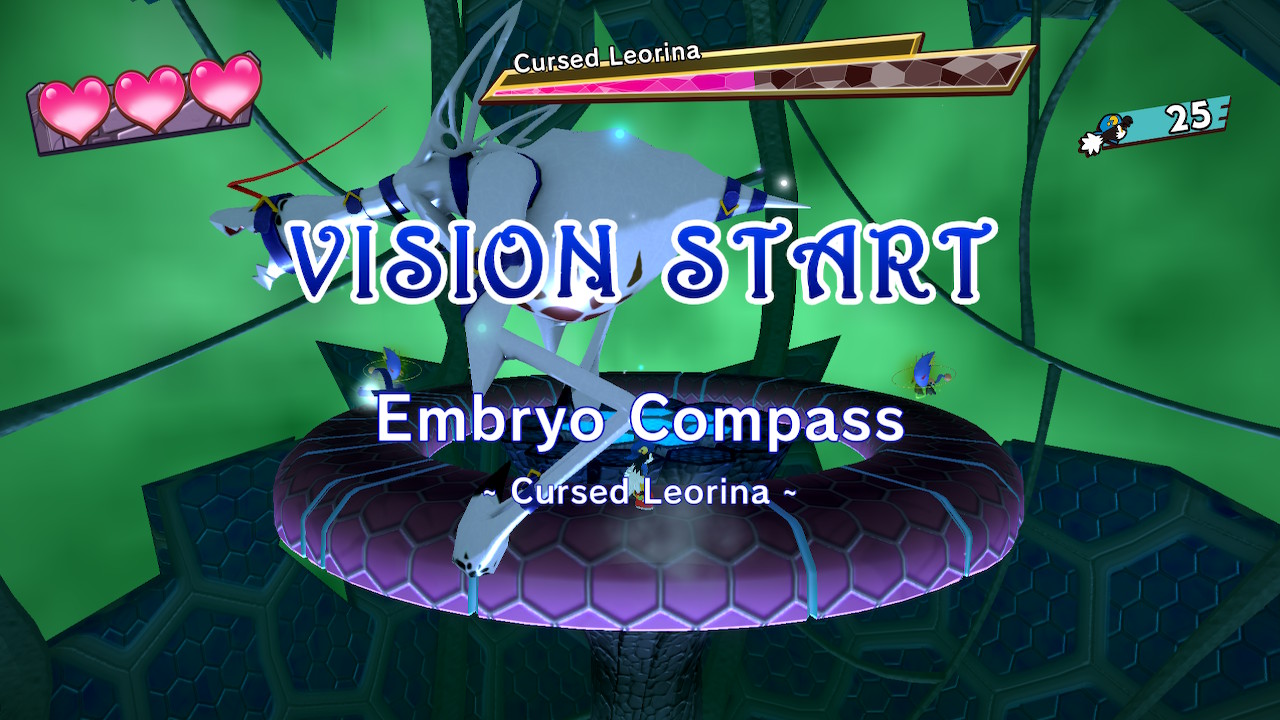 An orb circles around the arena.

This—for lack of a better word—awesome music still gives me a bit of the chills hearing it again for so long.

First phase, the boss's pattern is slightly similar than the first boss in the previous game, except with a major difference: her weakness.

Instead of the tail, it's on the belly! We use the Erbil to deliver a jumping electric shock! 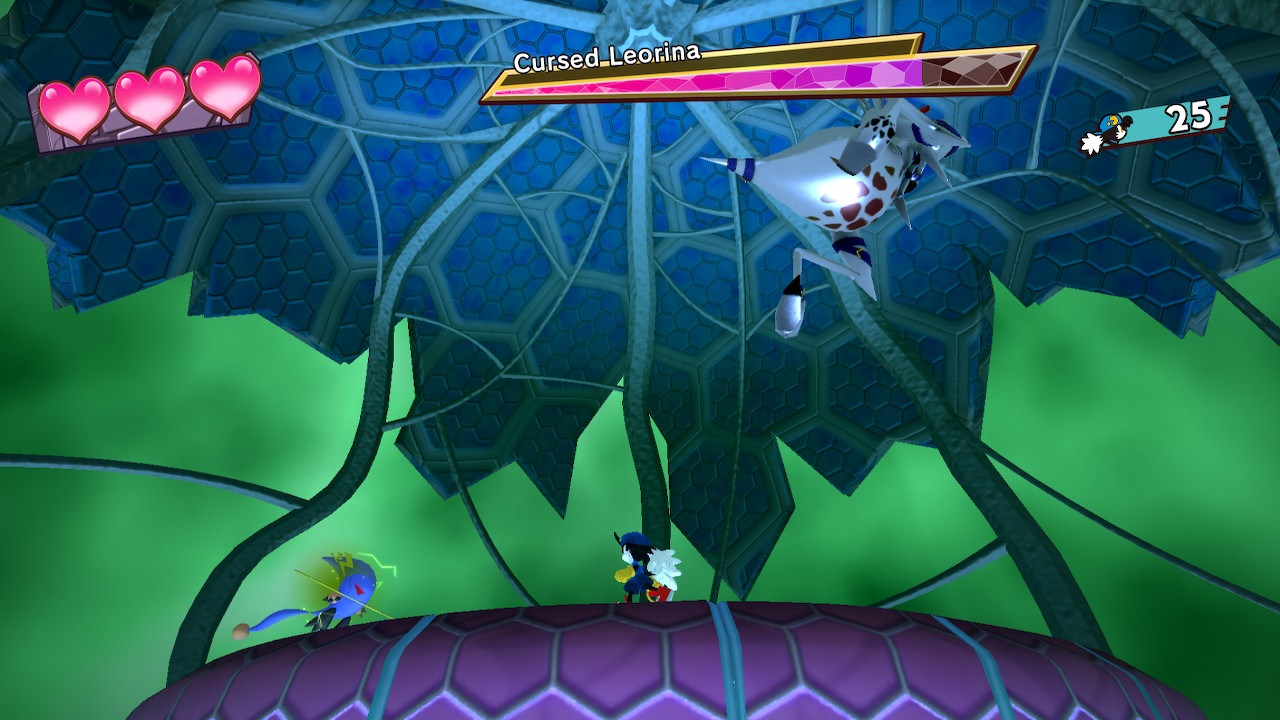 After the second hit, she leaps into the air to powerup for a wave attack more powerful than Rongo Lango's! 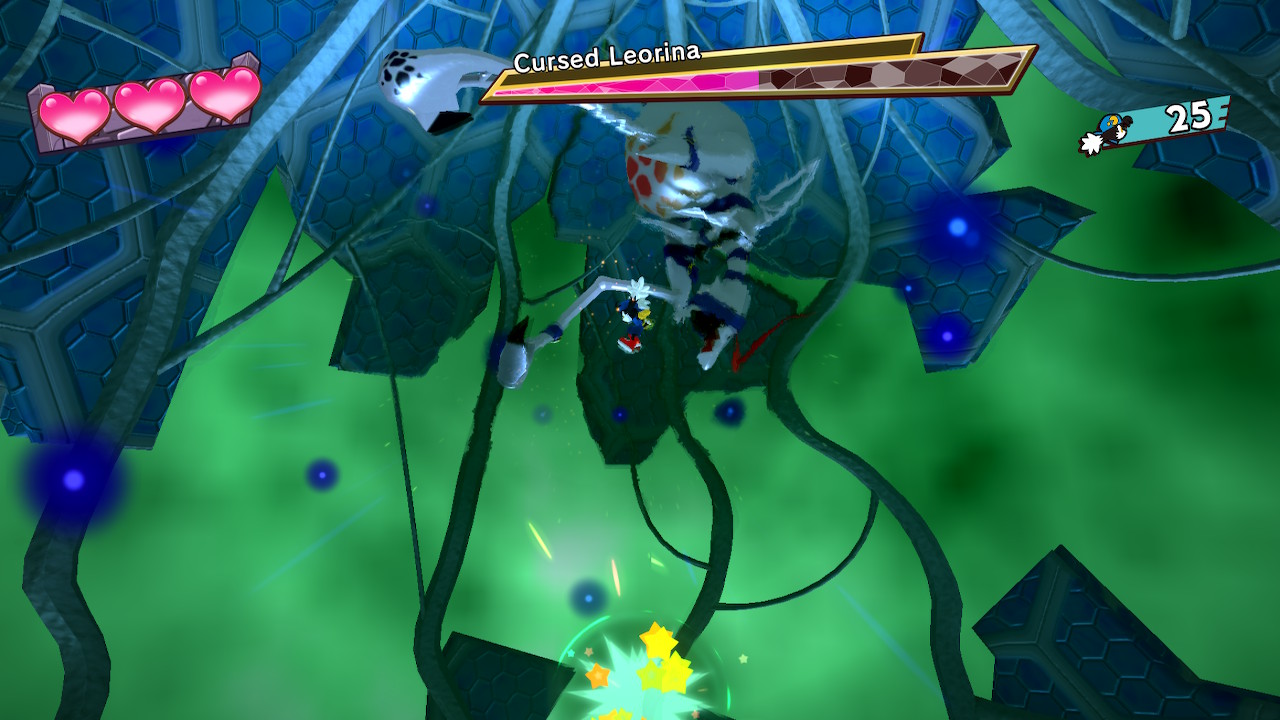 This time, she goes underneath the platform, with the orb guiding her... 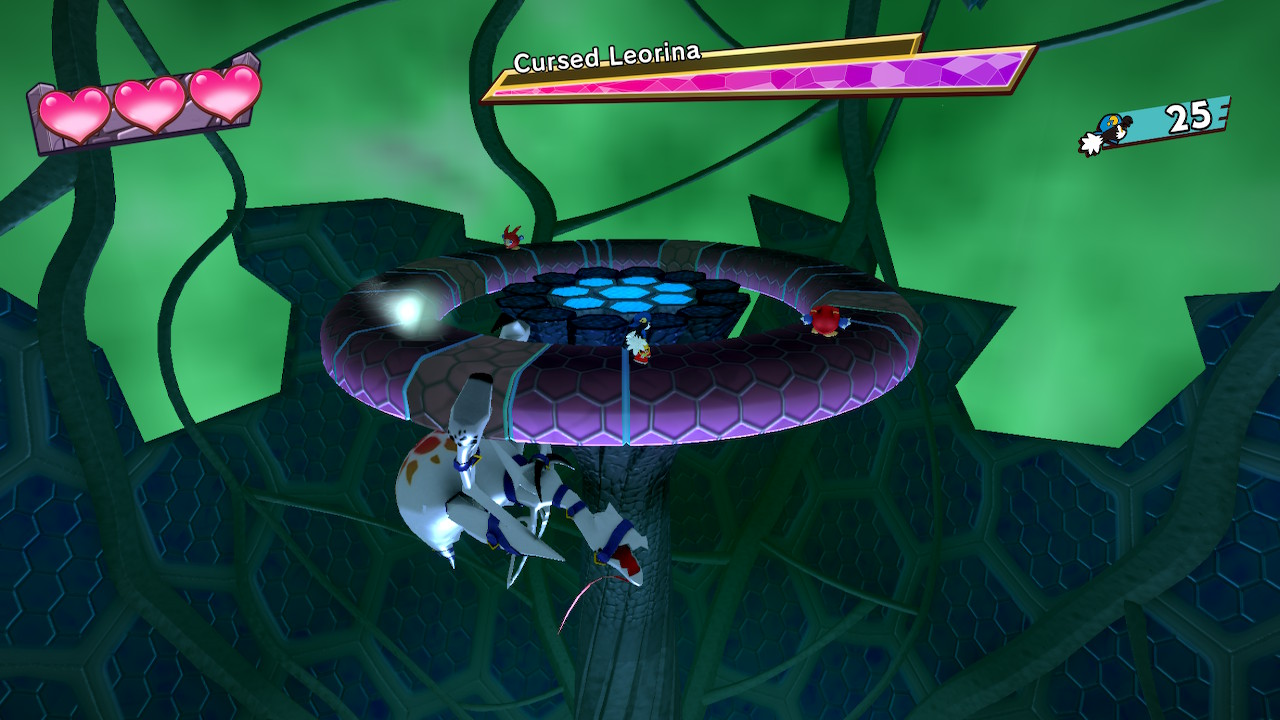 We hit the orb, slowing her down immensely. Now to hit the loose, blinking floor panels with the Moo...

Three hits, and she's in her final phase, wounded, and more dangerous. 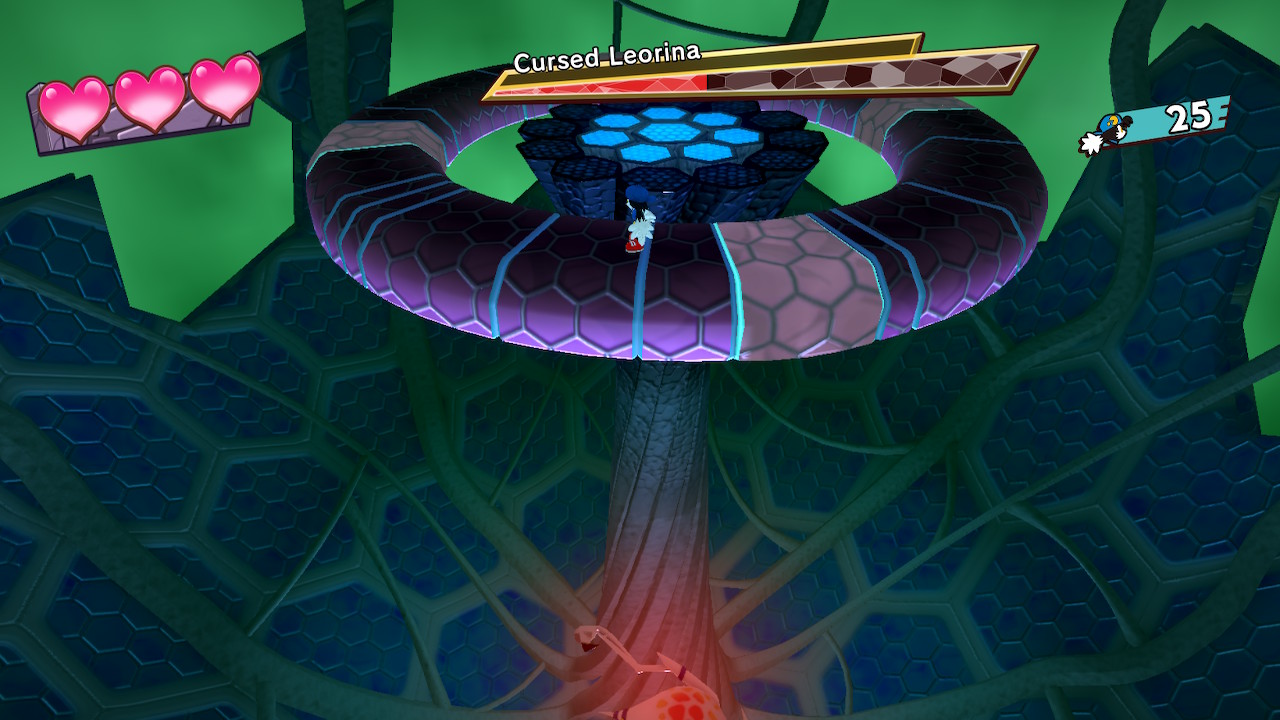 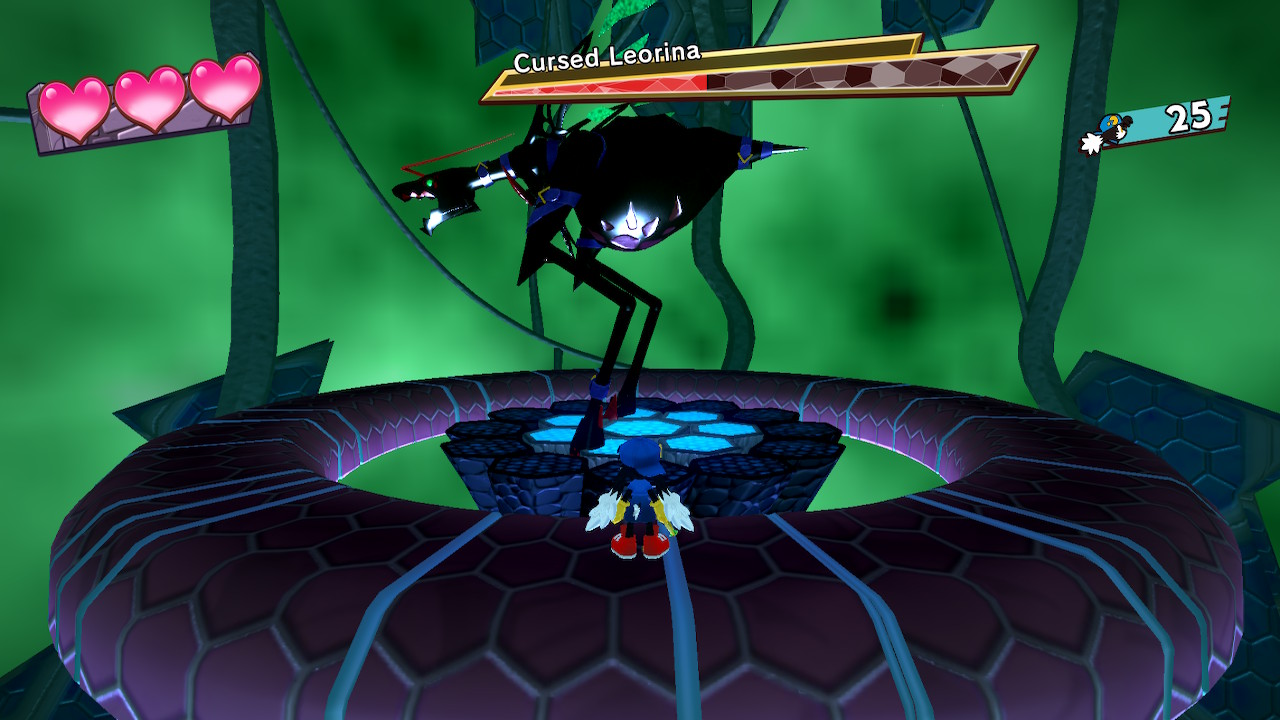 And that is that! 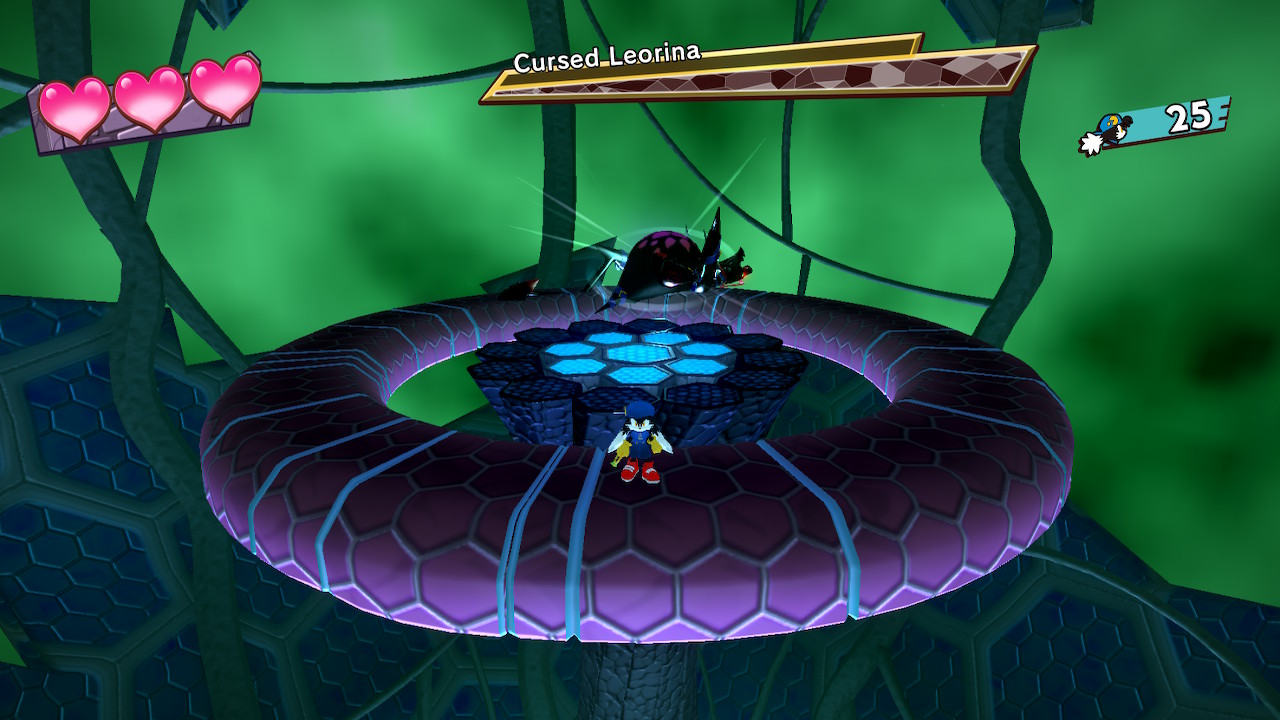 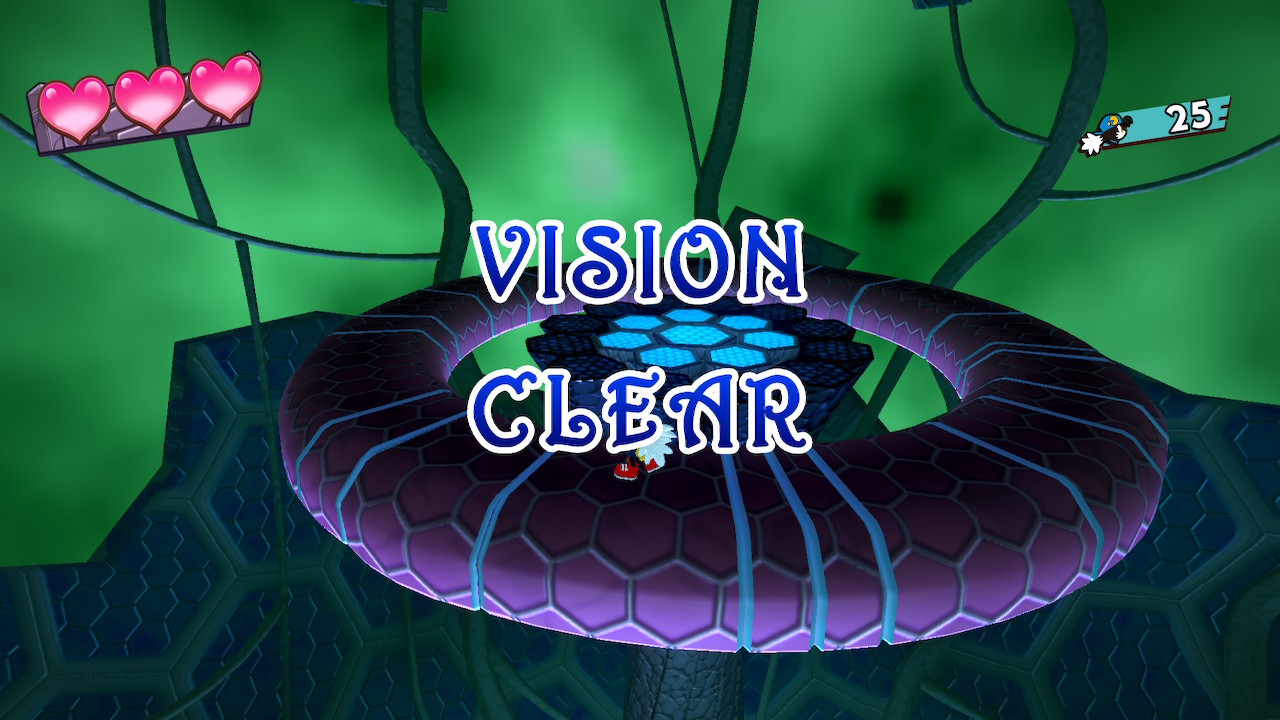 The gang's out, and Leorina is back again. 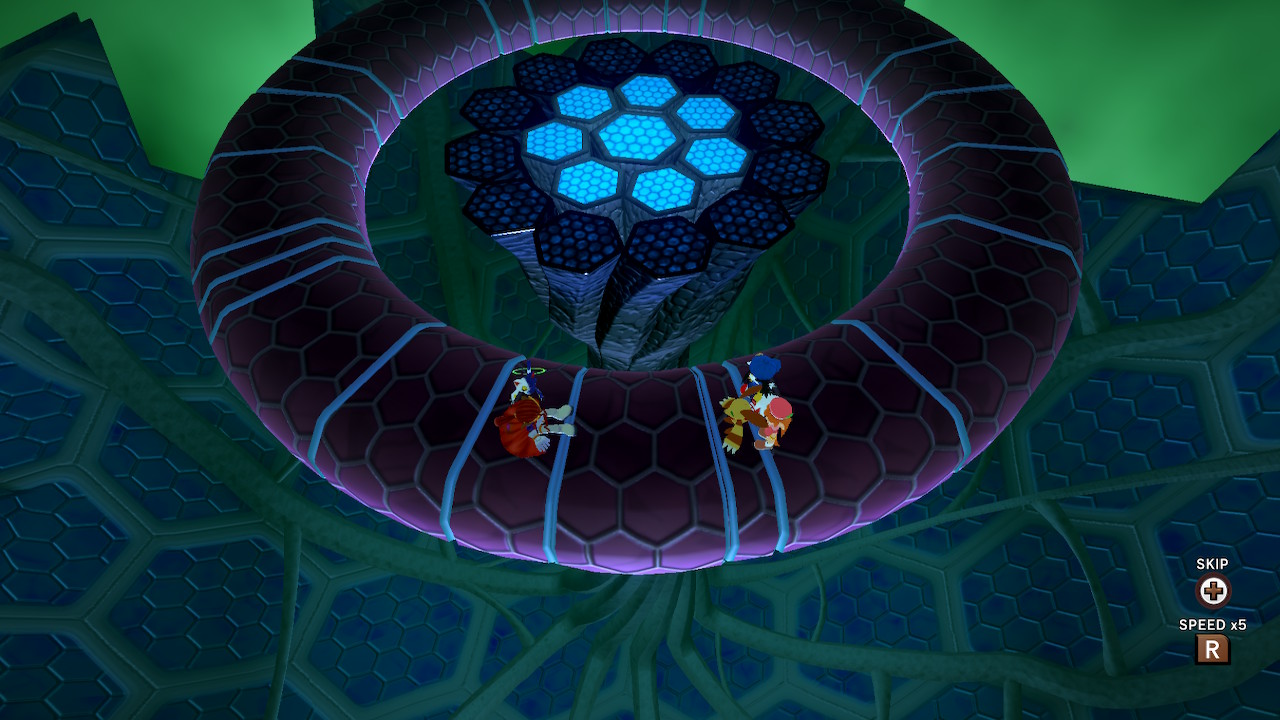 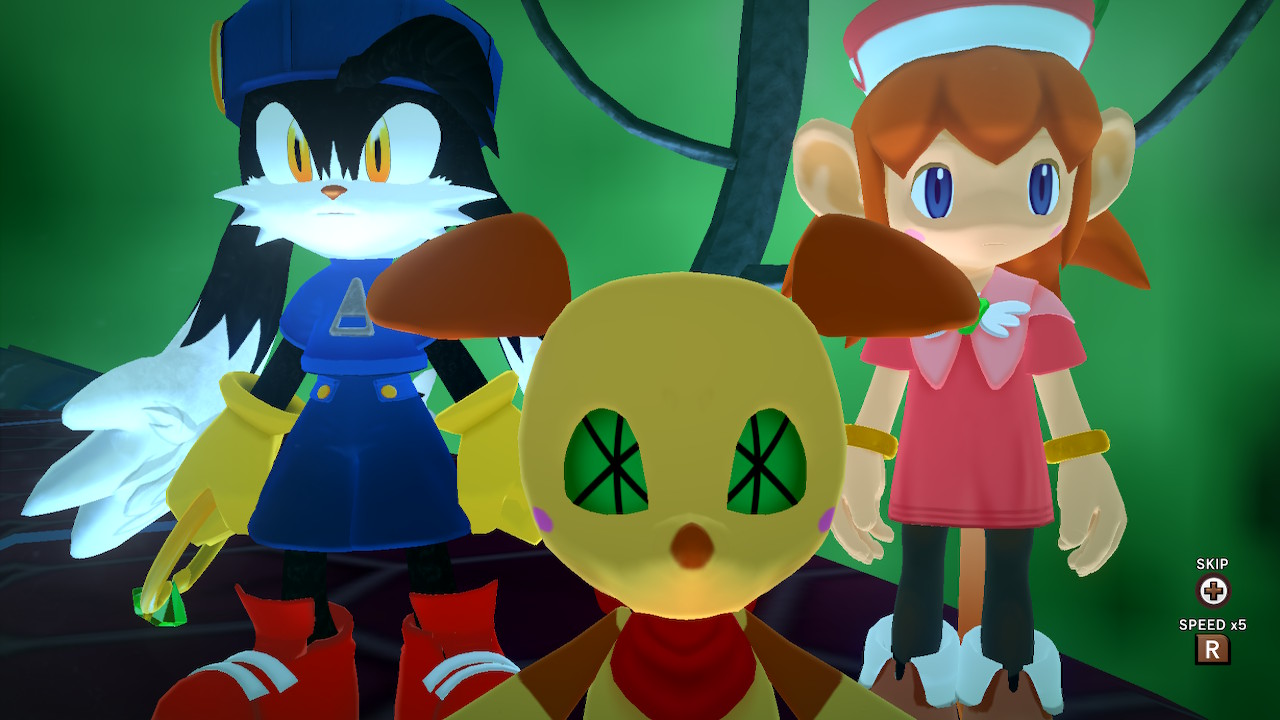 The little detail the devs missed here would be Leorina's eyes, as she realizes what she's done. 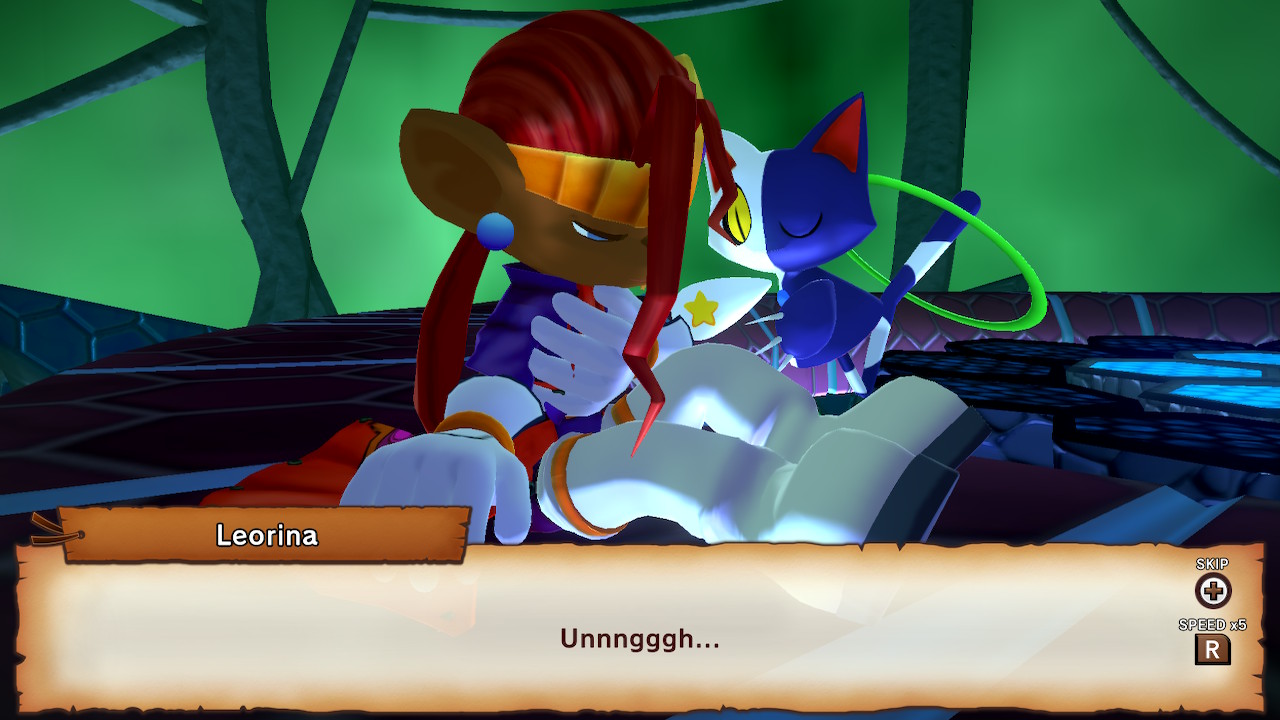 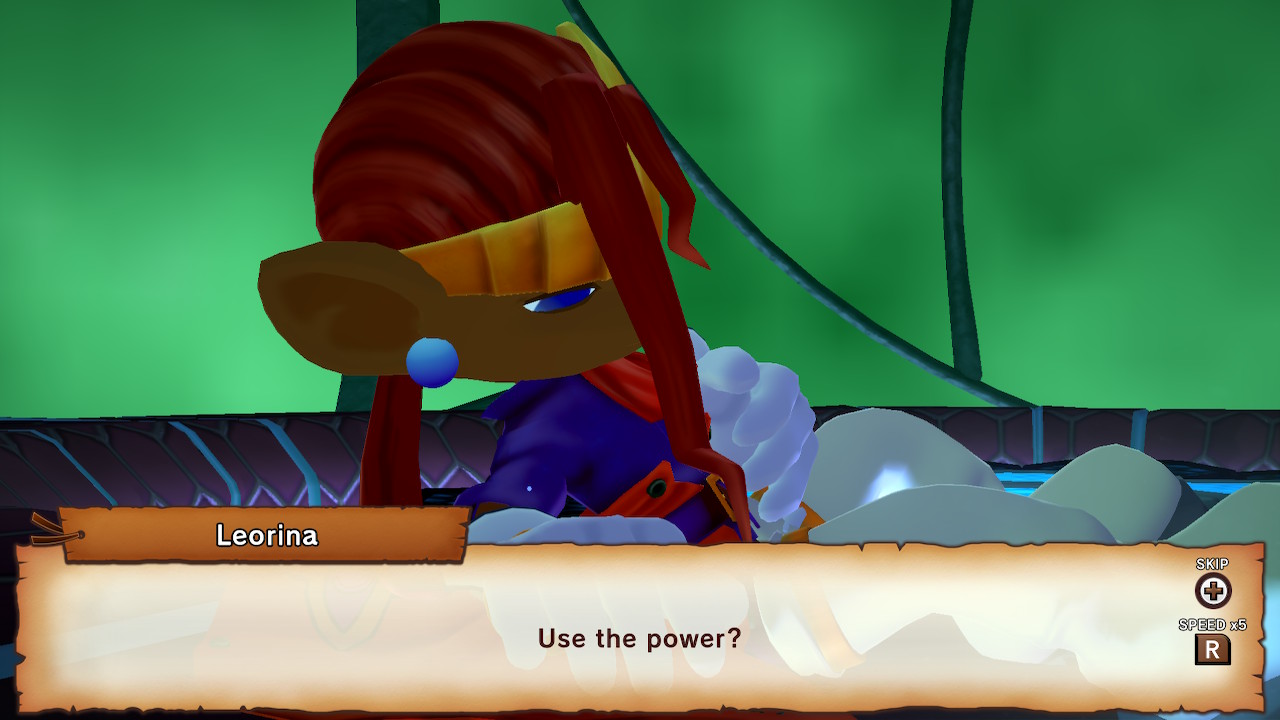 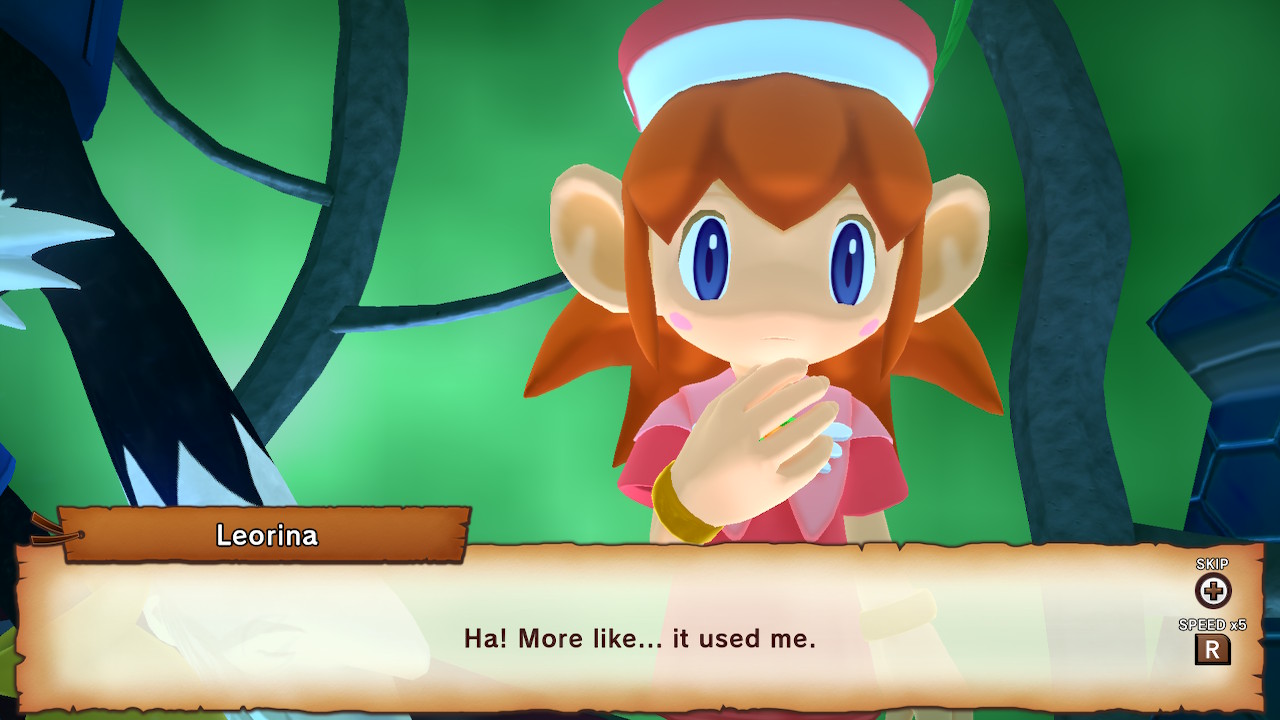 Lolo gasps in realization. Maybe she knows now that Leorina was manipulated, and that Leorina bit off more than she could chew.

Leorina: "I knew...I was just a fake. Neither priestess nor savior. Nothing more... than a fool."
Klonoa: "Leorina..."
Leorina: "Dammit! Dammit it all... Power is worthless. It cannot even overcome sorrow..."

I'm wondering how that got past the censors. I probably mentally filtered her cursing out in earlier playthroughs, and didn't think about it.

In a way, what she said there was true. Raw power is small compared to the power of sadness. 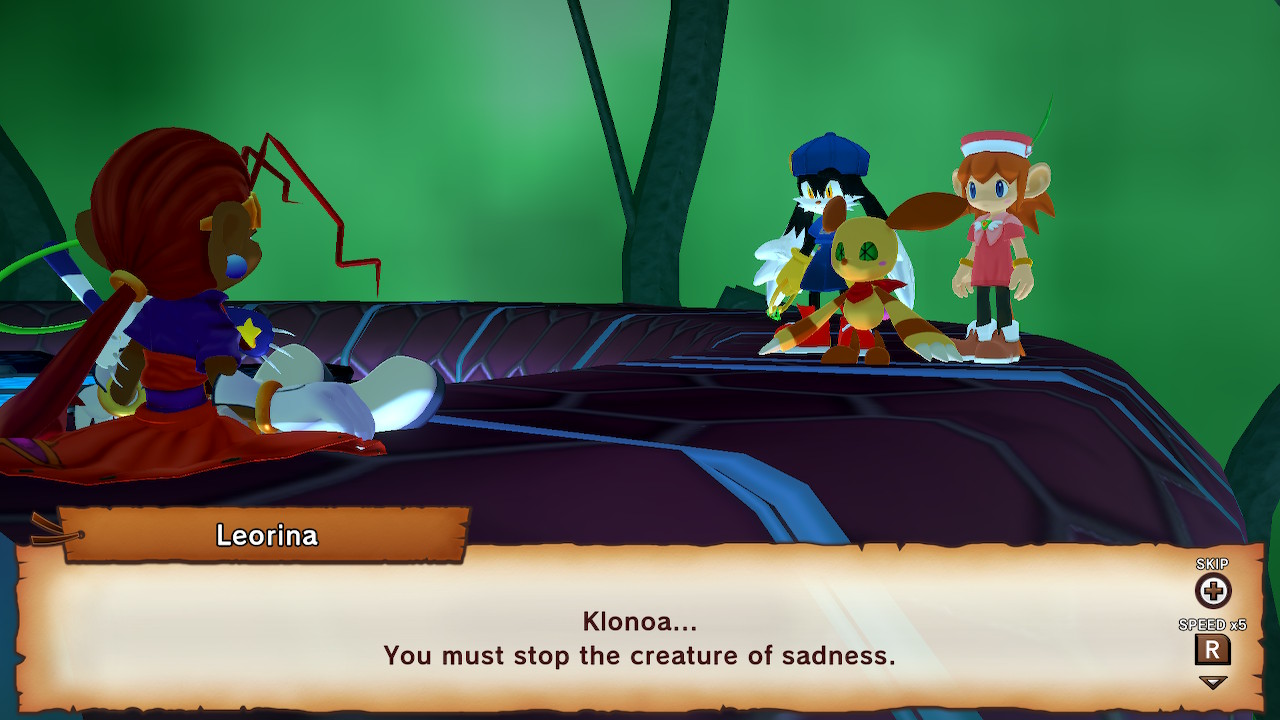 Leorina: "Klonoa... You must stop the creature of sadness. You cannot let it consume the world...Stop the ark, before it connects the Kingdom of Sorrow to this world."

This is the first time the main antagonist is mentioned.

Leorina gives her blessing to Lolo.

Leorina: "Lolo, you're ready. You and Klonoa can do it. After all, you made it this far."

Coming from a former priestess, who's been what Lolo's been through before quitting, that's actually one of the highest (and heartwarming) compliments. 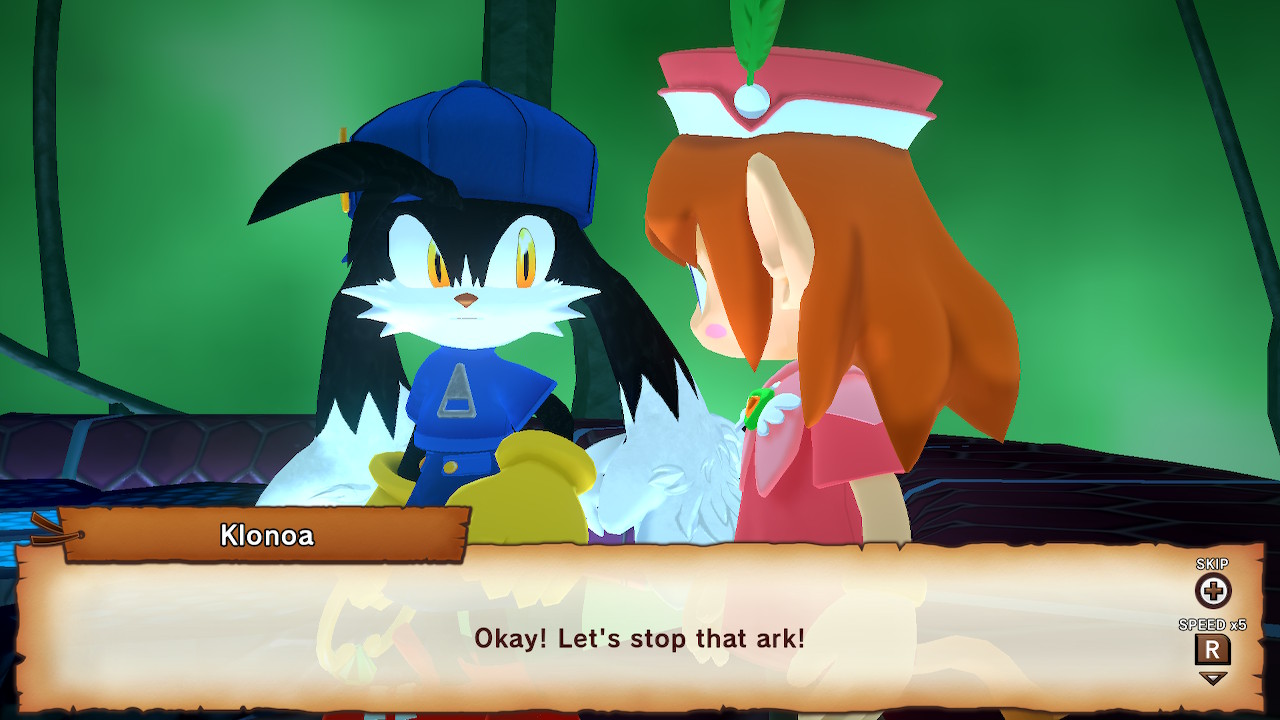 The ark is descending on to the portal... 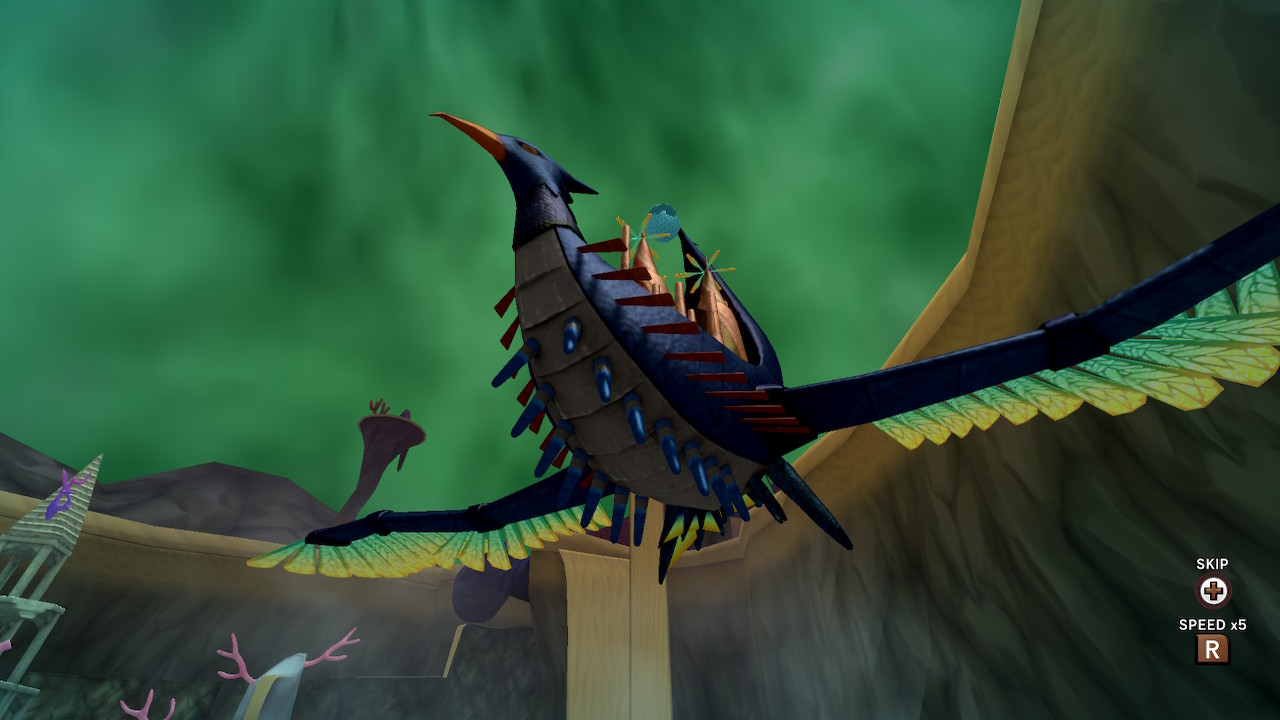 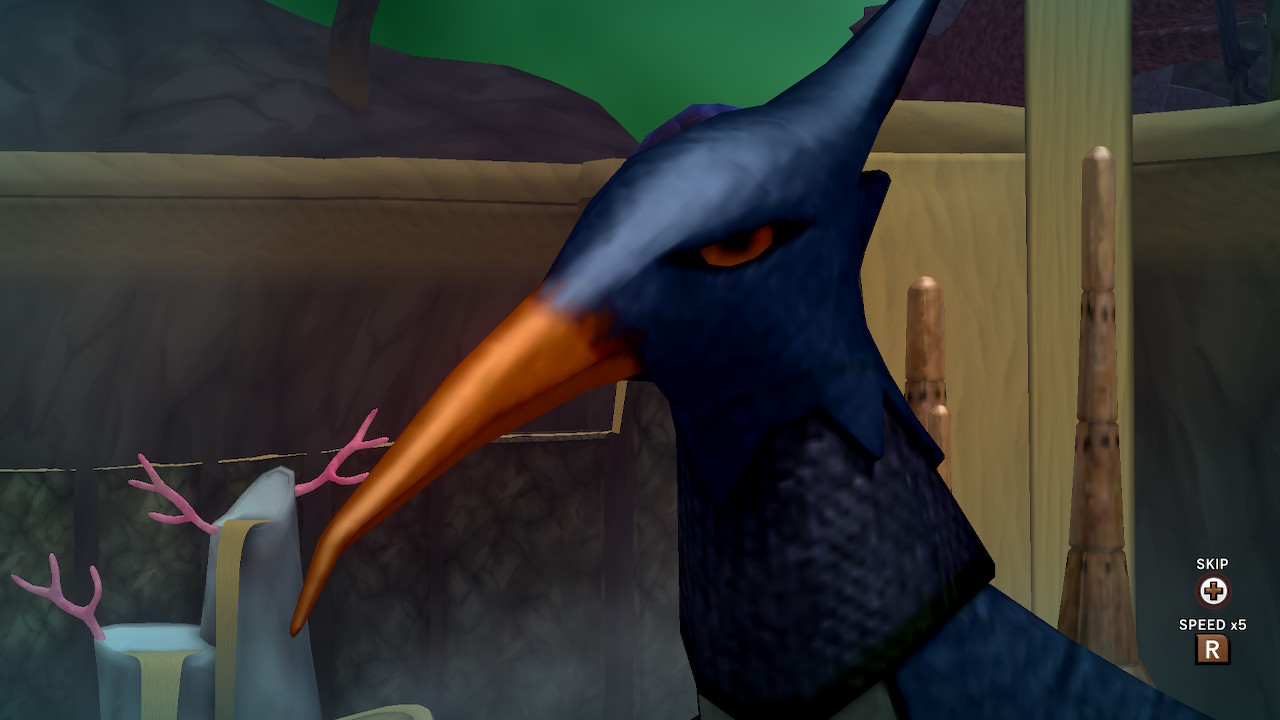 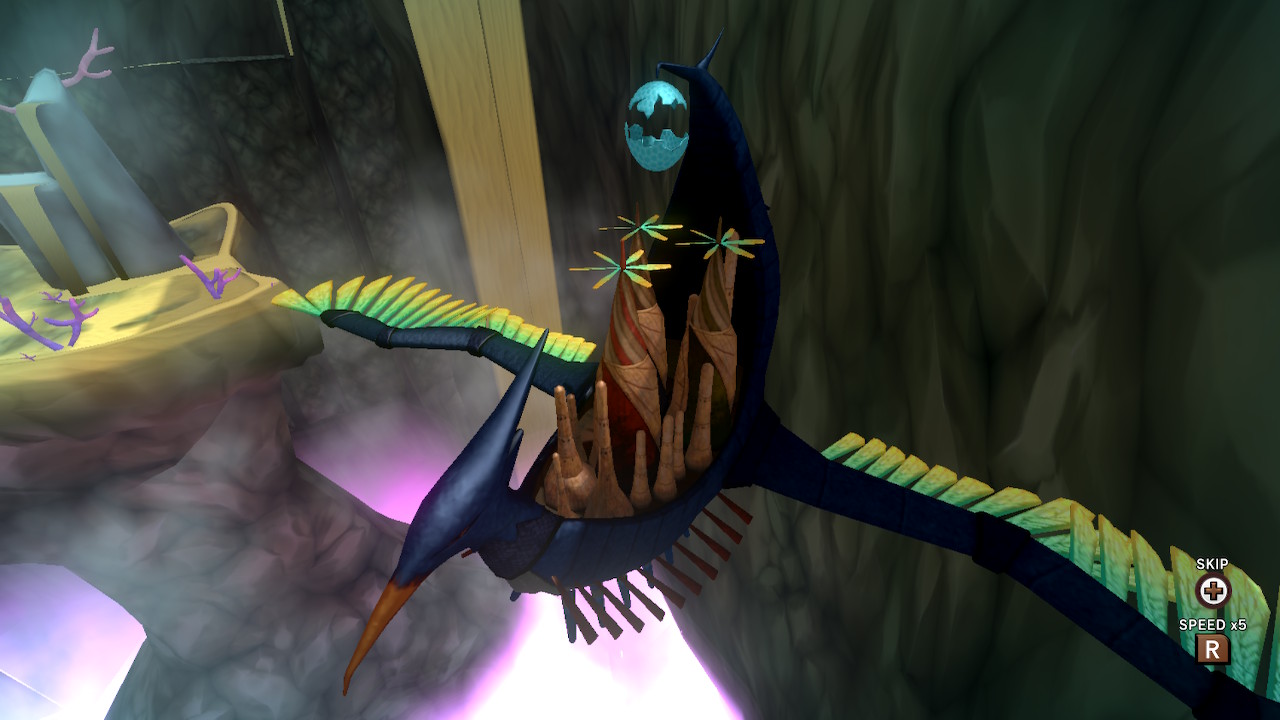 Here's the (best of this game) boss theme (Cursed Leorina), and the post-boss theme (Masked Strength).

If I remember reading correctly from a strategy guide (which I still have), it describes Leorina's cursed form as a mixture of a flightless insect with a bird genus similar to that of the bird carved into the ark's bow.

I take her on a few more times before stopping here. That was quite quick. It seems I still got it after all.