So we're going back to the city proper. Hopefully, this will be the same level, with a few twists. 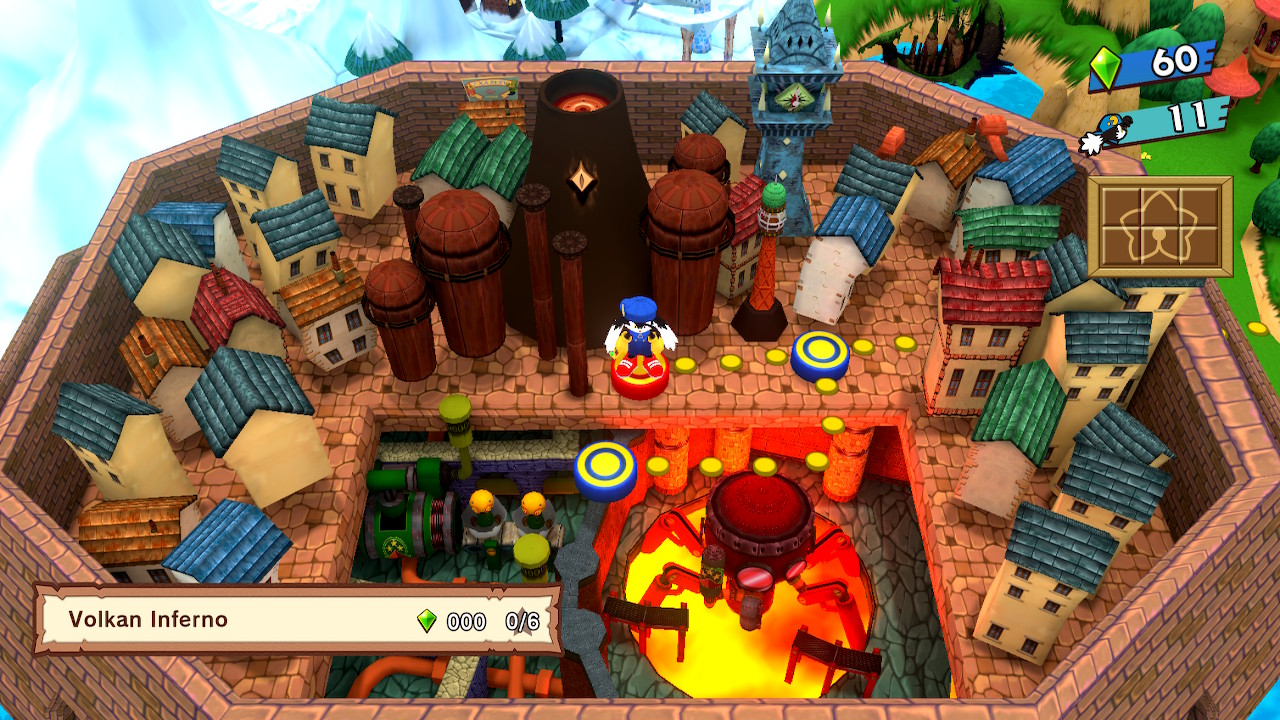 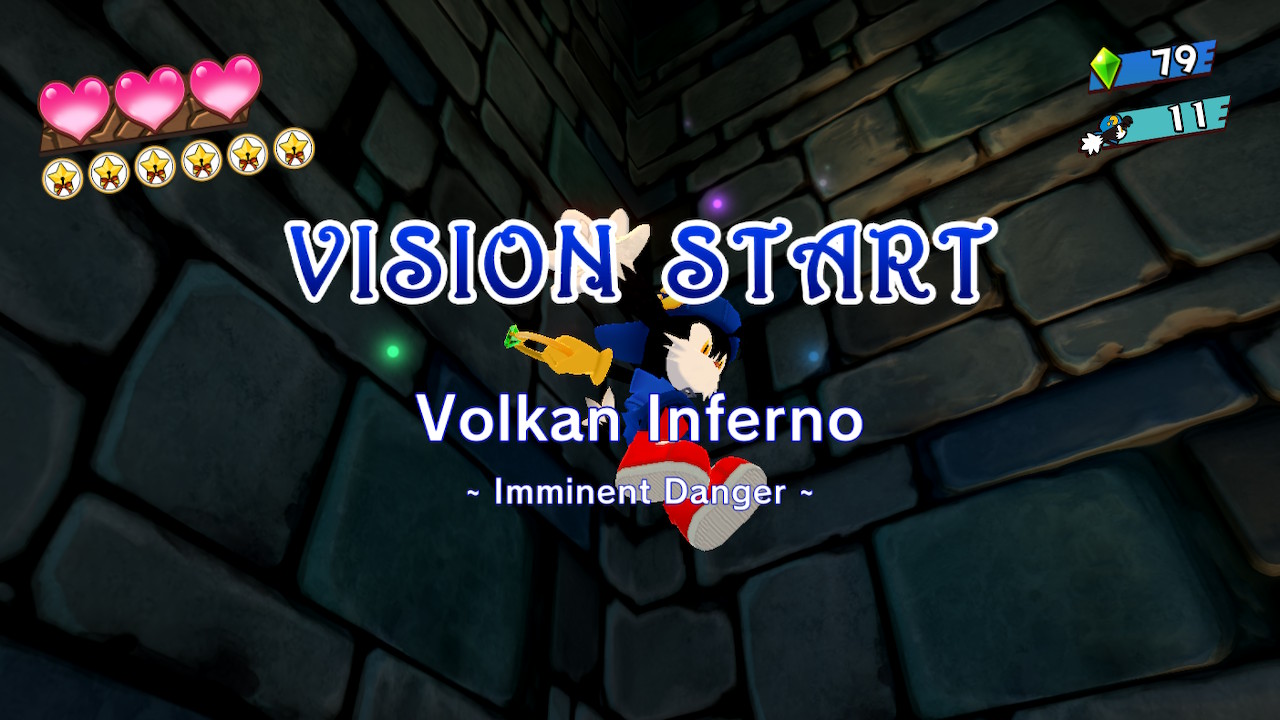 The runoff drain and sliding ramps are now on fire! Drum platforms spawn from the pipes! 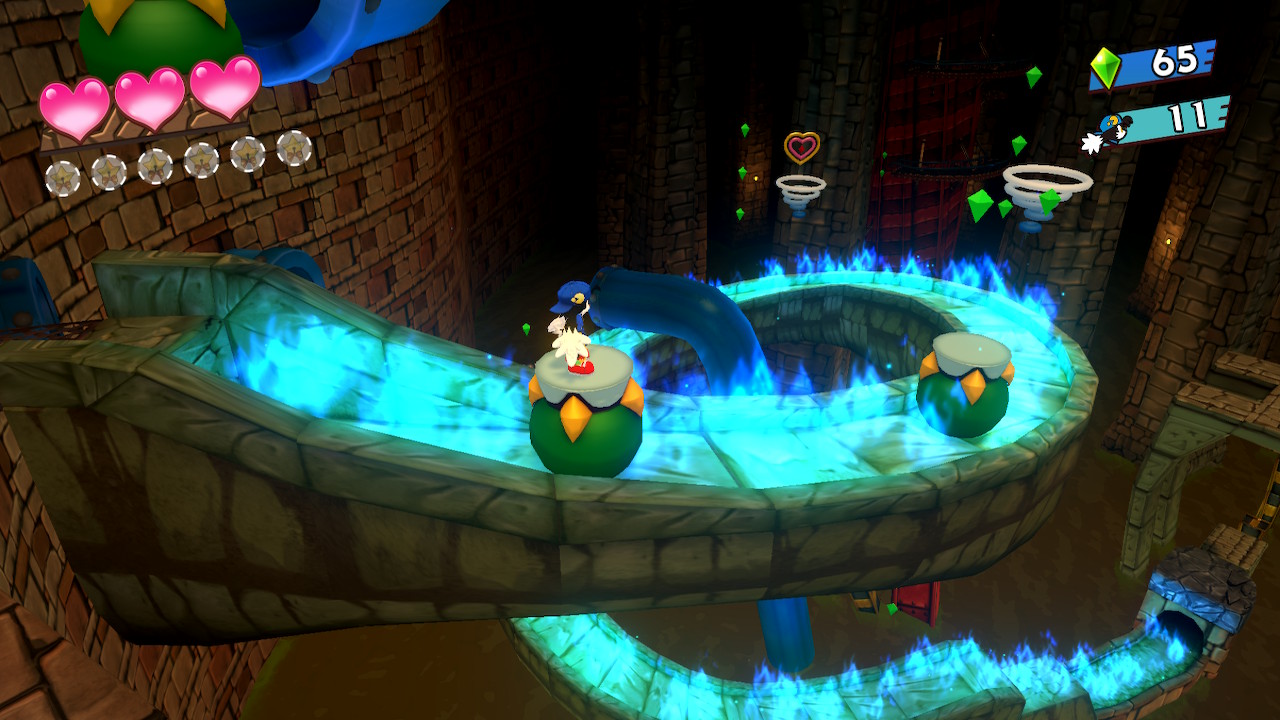 We get the first doll bell, and proceed! 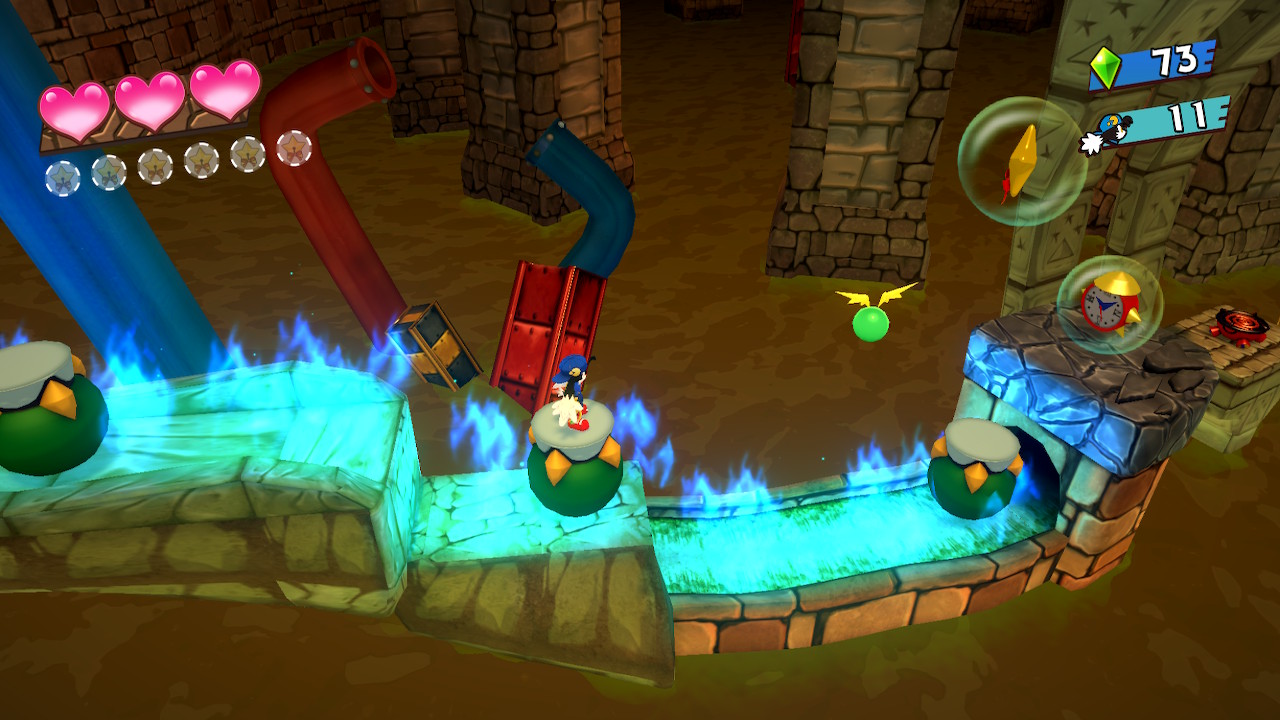 Trampolines are now replaced by springs!

The whole corner street is on fire! 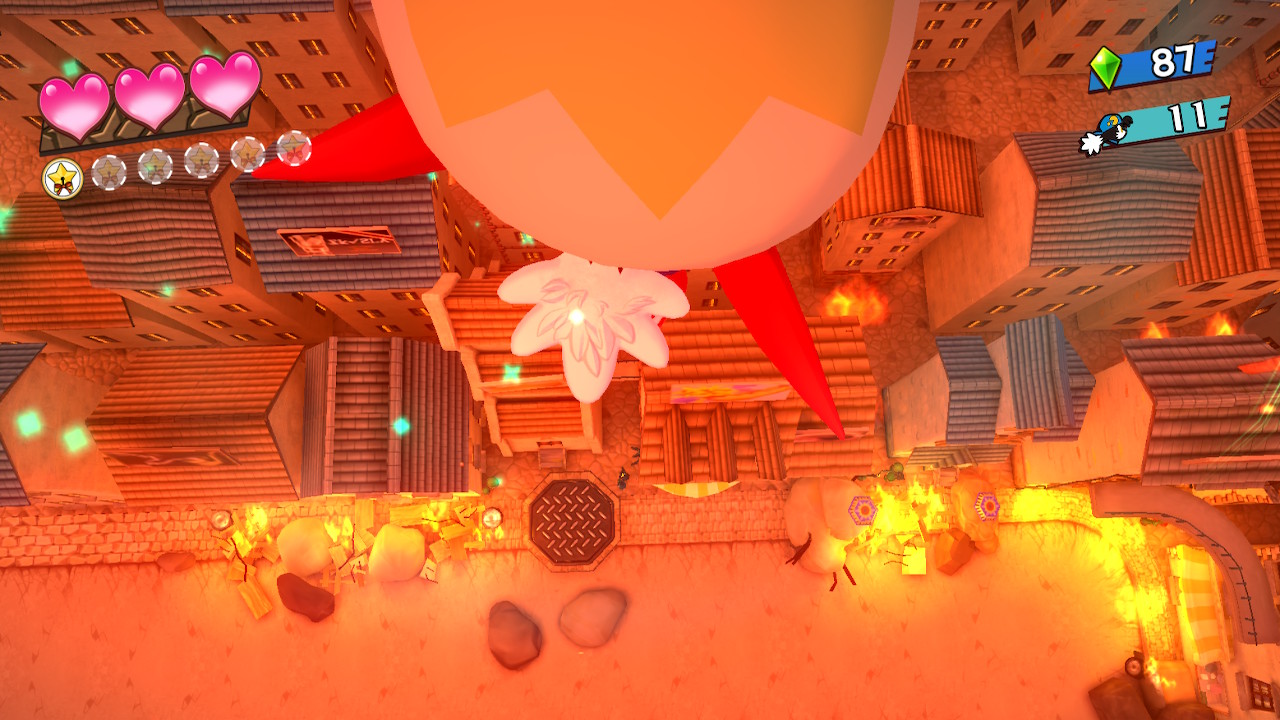 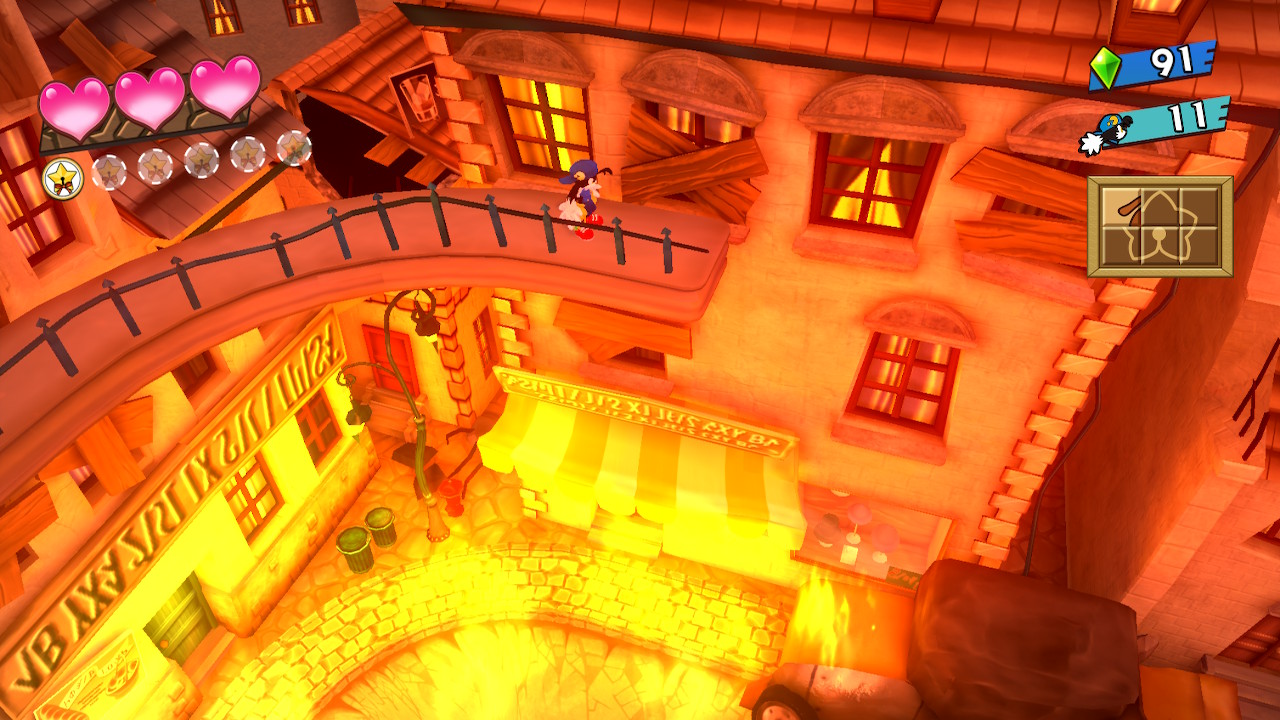 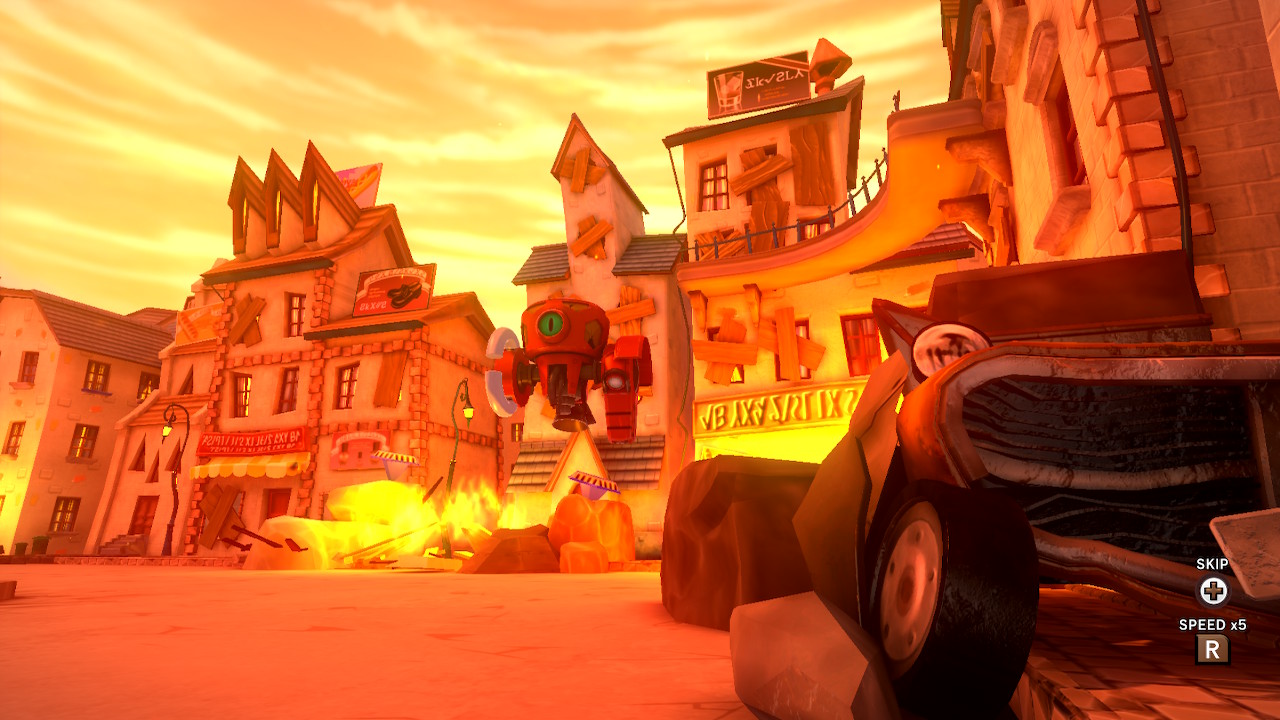 Popka repeats the George Lucas line once he sees that bot again!

In my previous playthroughs of this level, I wasn't terrified of this bot, but I remember feeling the pressure and difficulty kicking in.

As soon as we get the second doll piece, which I saw too late, Klonoa falls down to the street below! 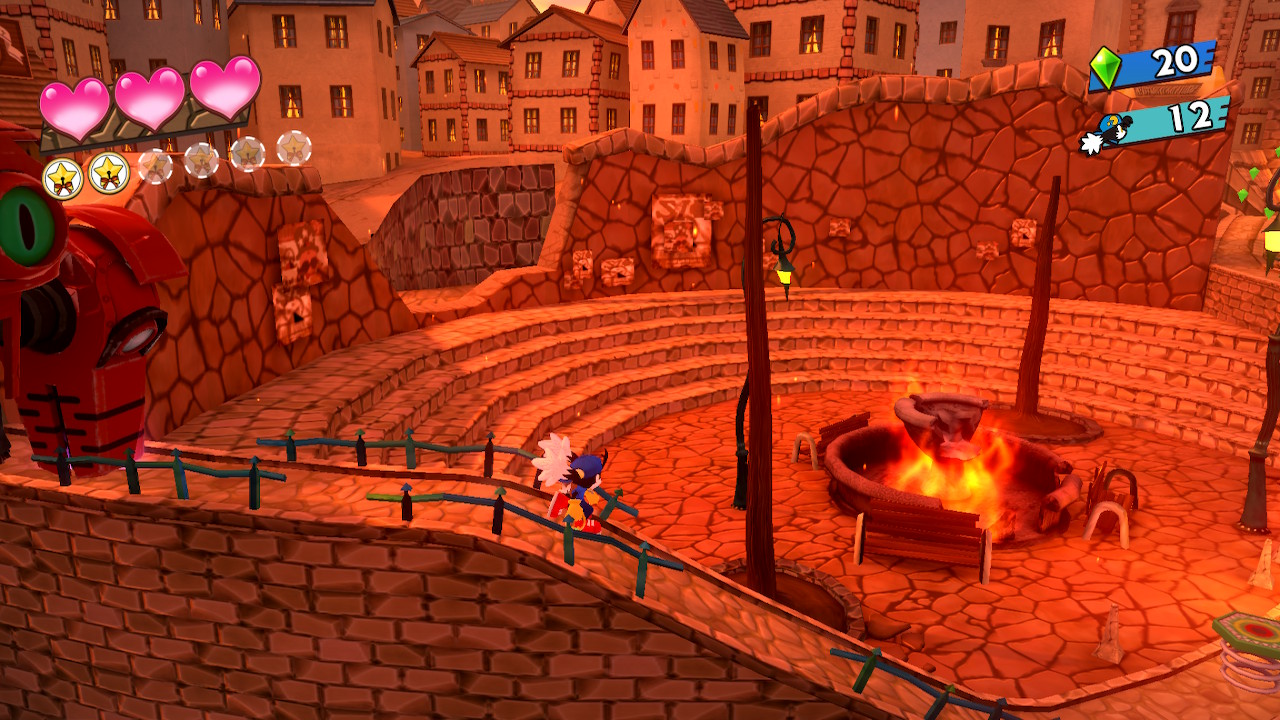 We almost get caught by that bot's laser at the dolphin statue square! There's a third doll piece floating above the flames!

We make it underground once again! 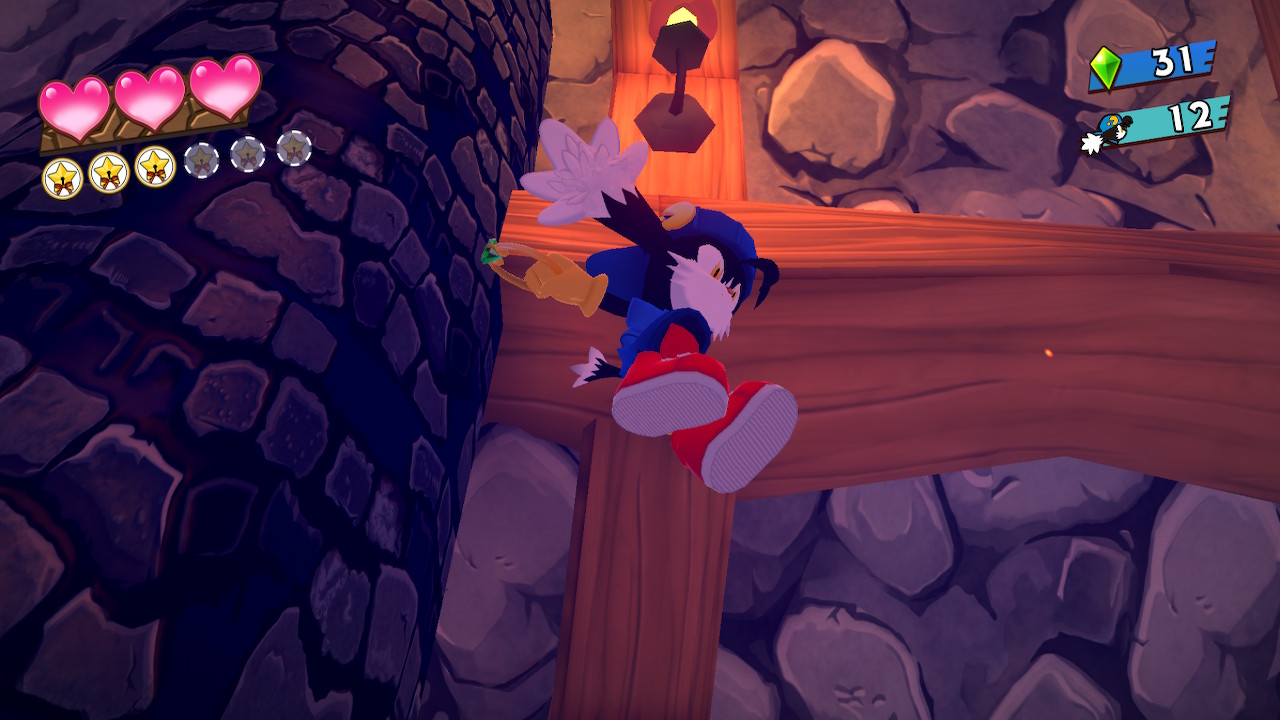 Even the cellar floor's on fire here! 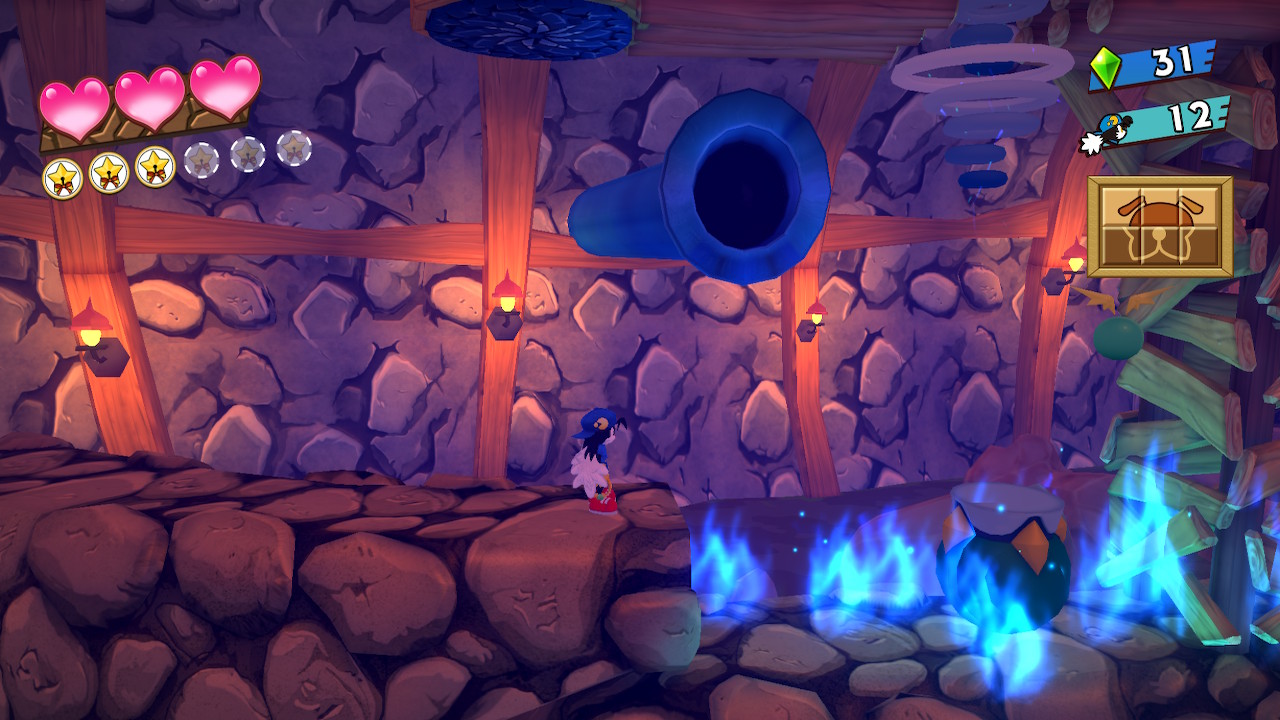 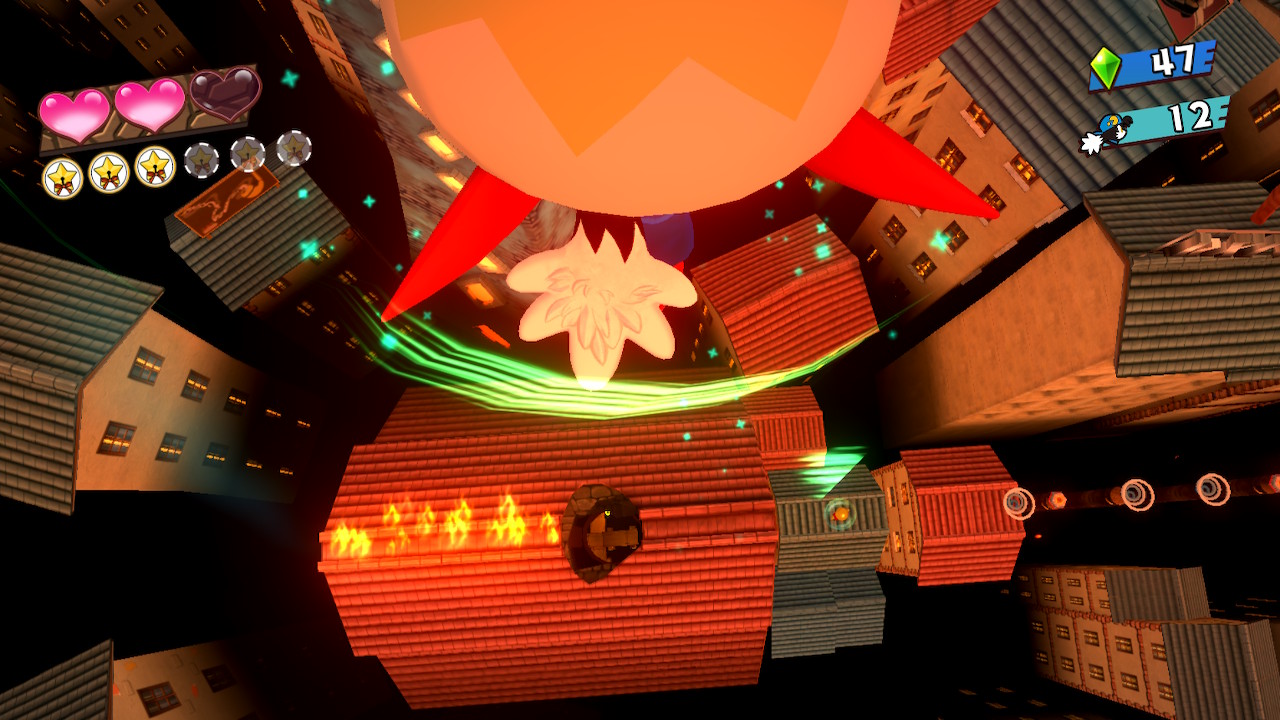 Double-checking, we go back down into the cellar to see if something was missed!

Nope, to the rooftops we go... 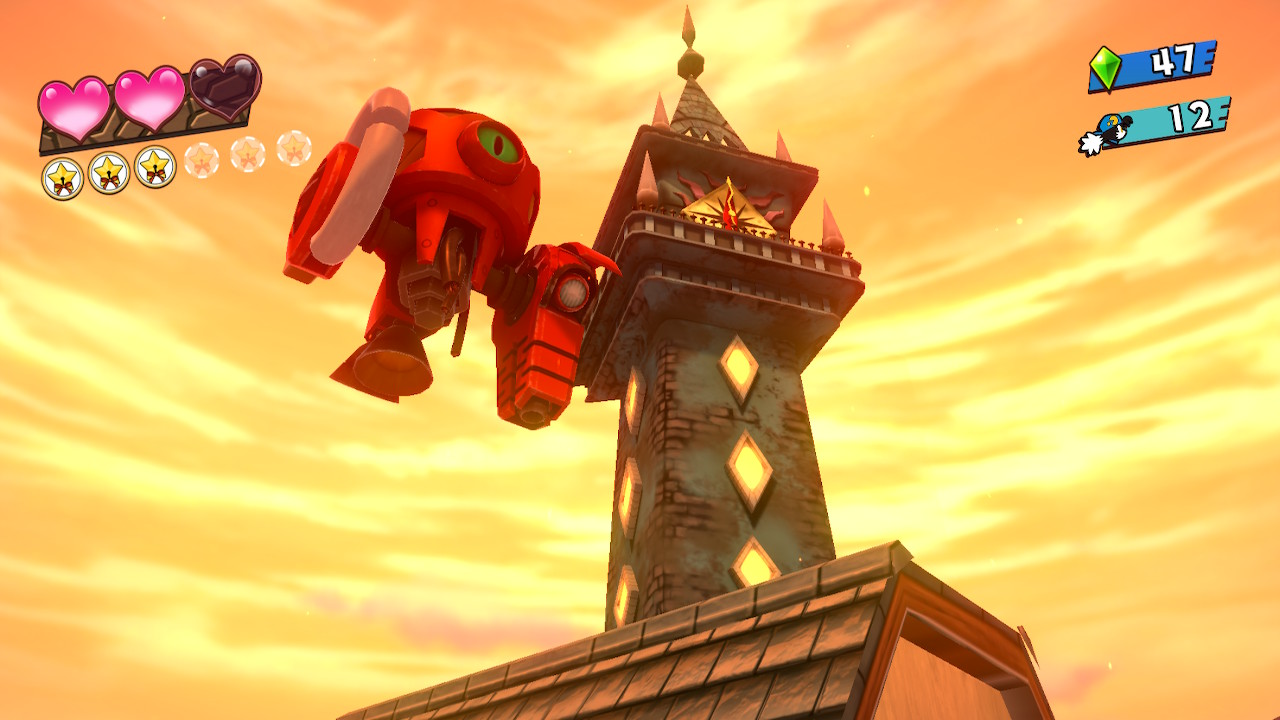 The pressure is on!

We fall again after getting the fifth doll piece! 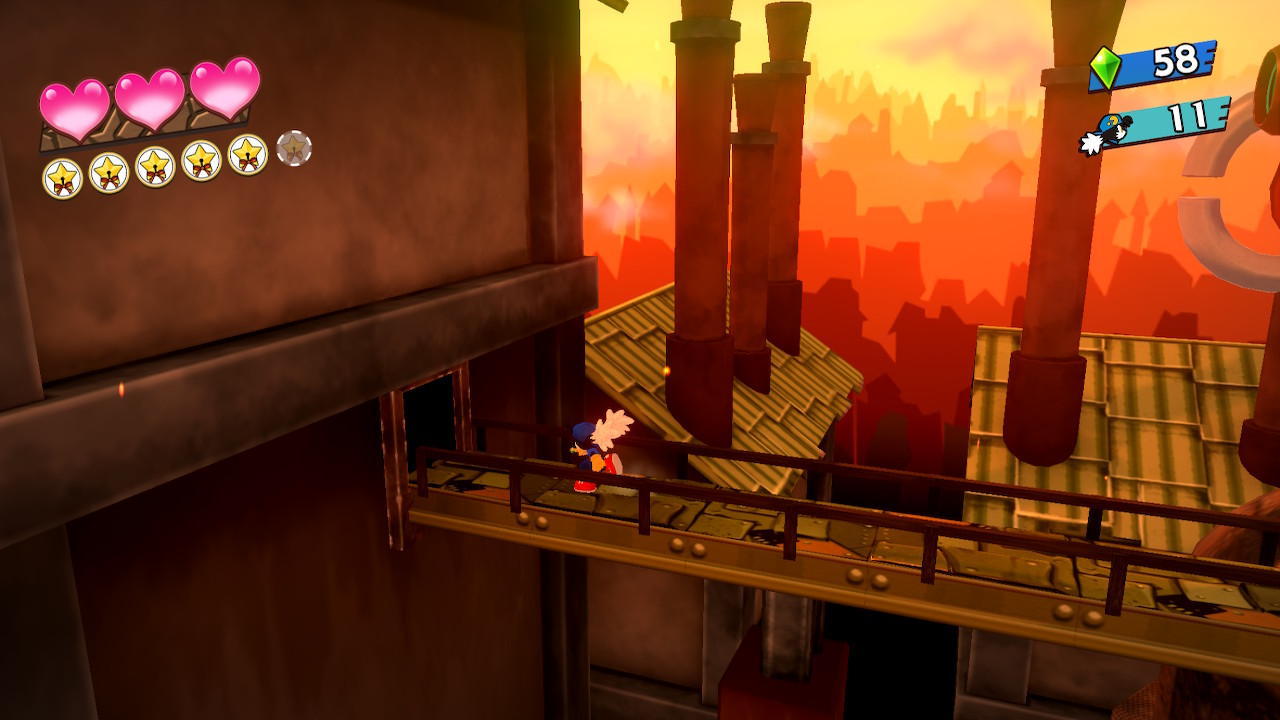 Now, for the green rooftop! The bot starts sweeping the place! 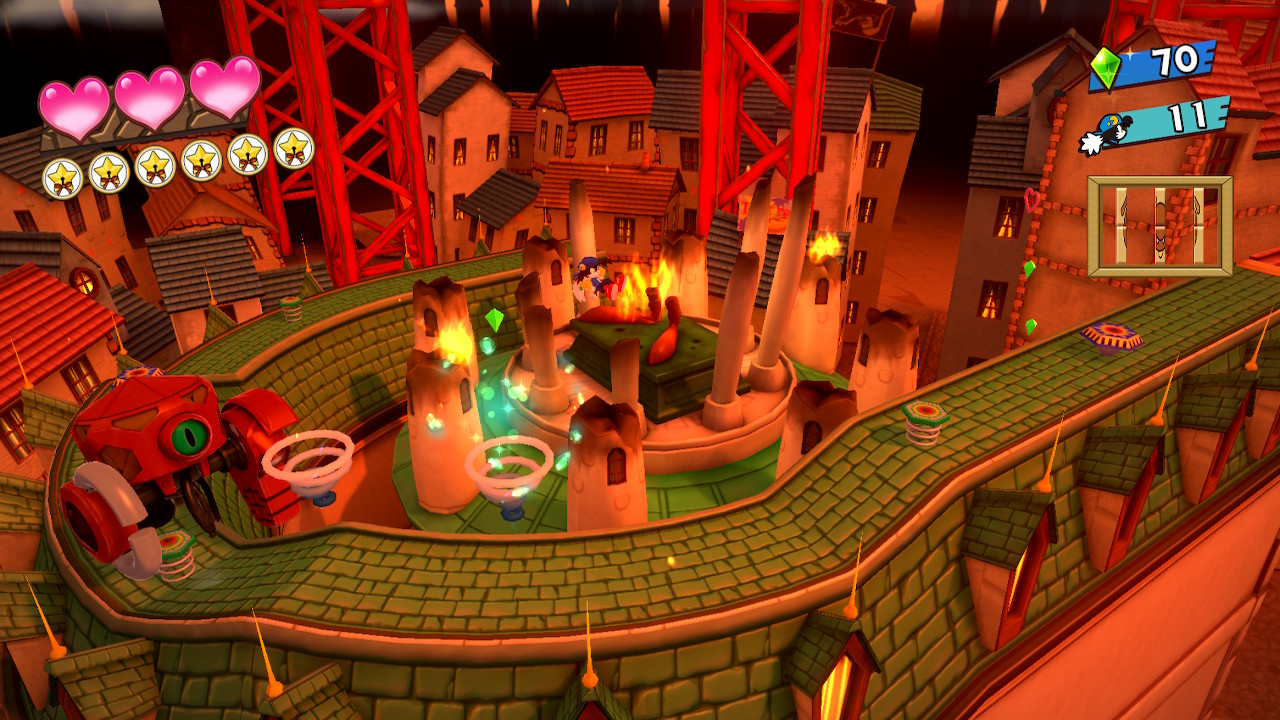 We get the last doll piece, and make it to the last tunnel! 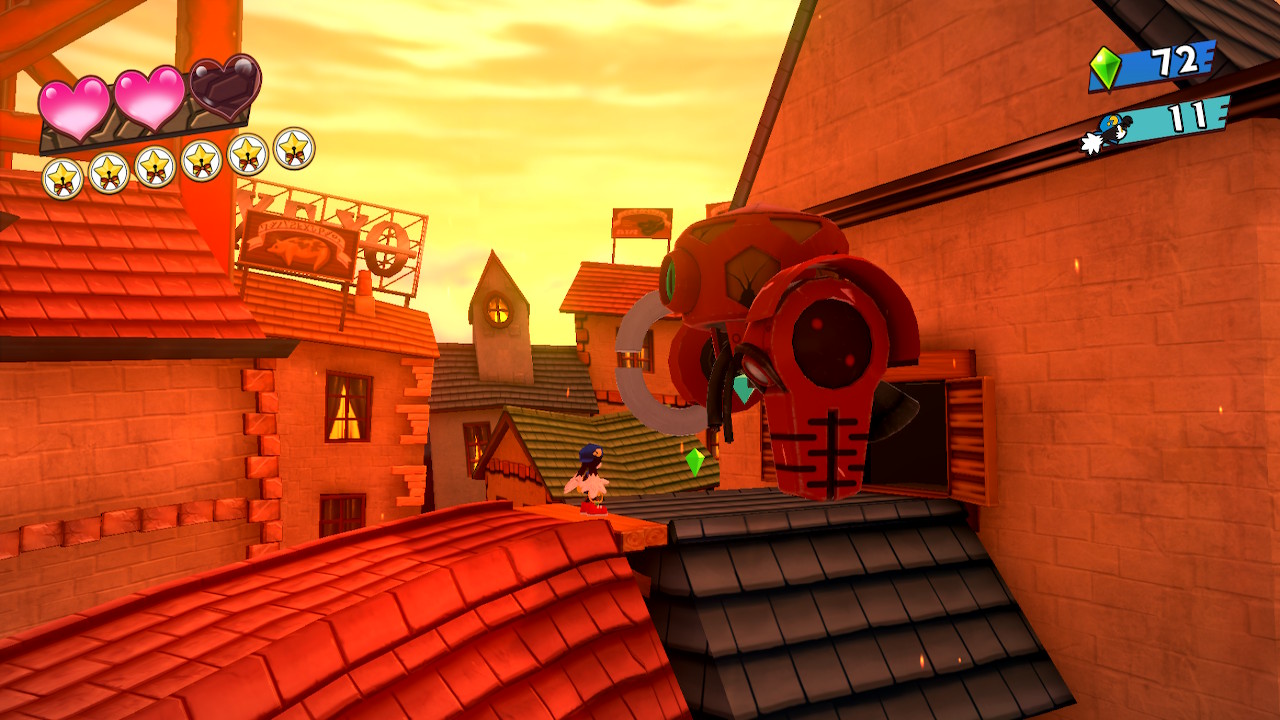 I remember this part too well. I have to time Klonoa's jump carefully.

Along with what comes after... cannon, then the Jetimo up to the railroad tracks this time! 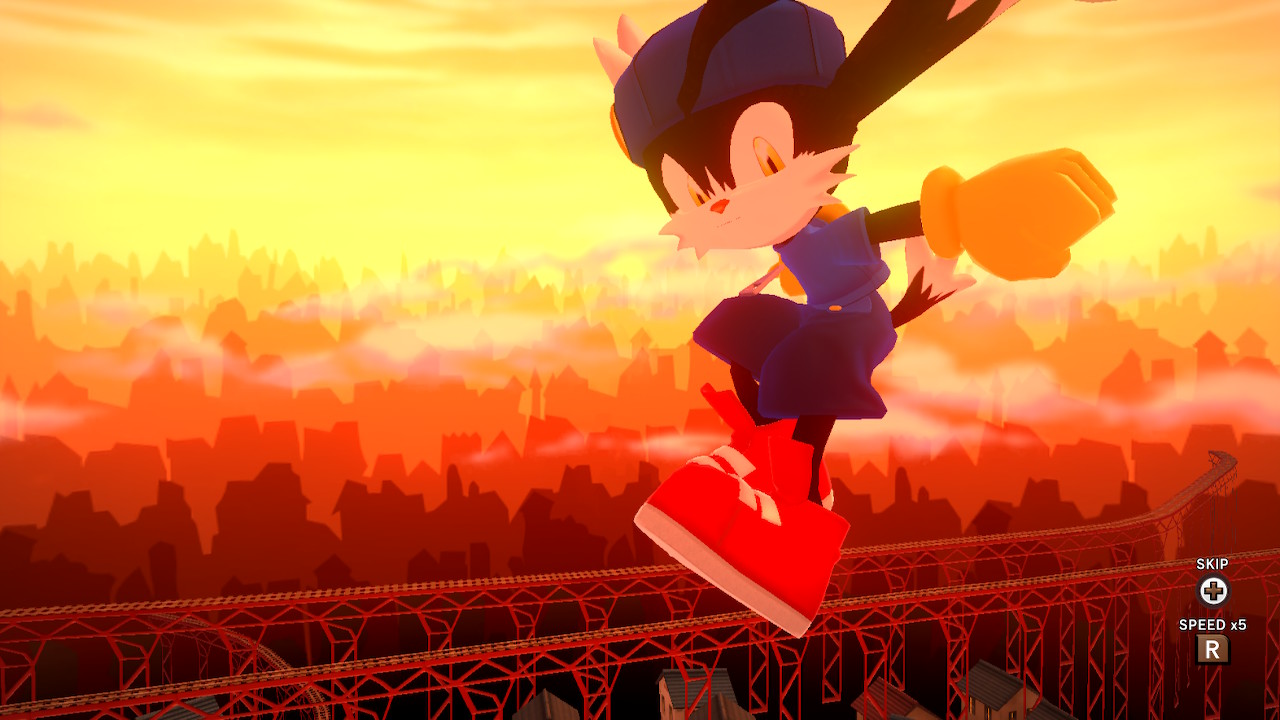 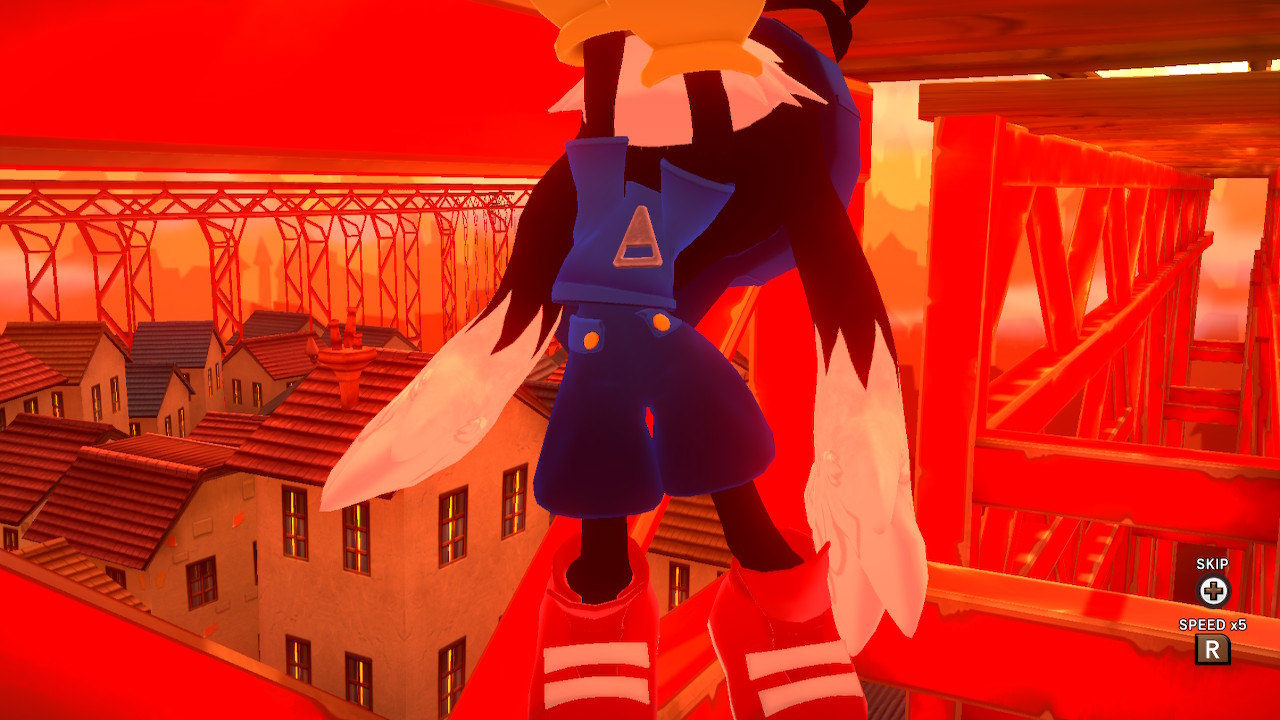 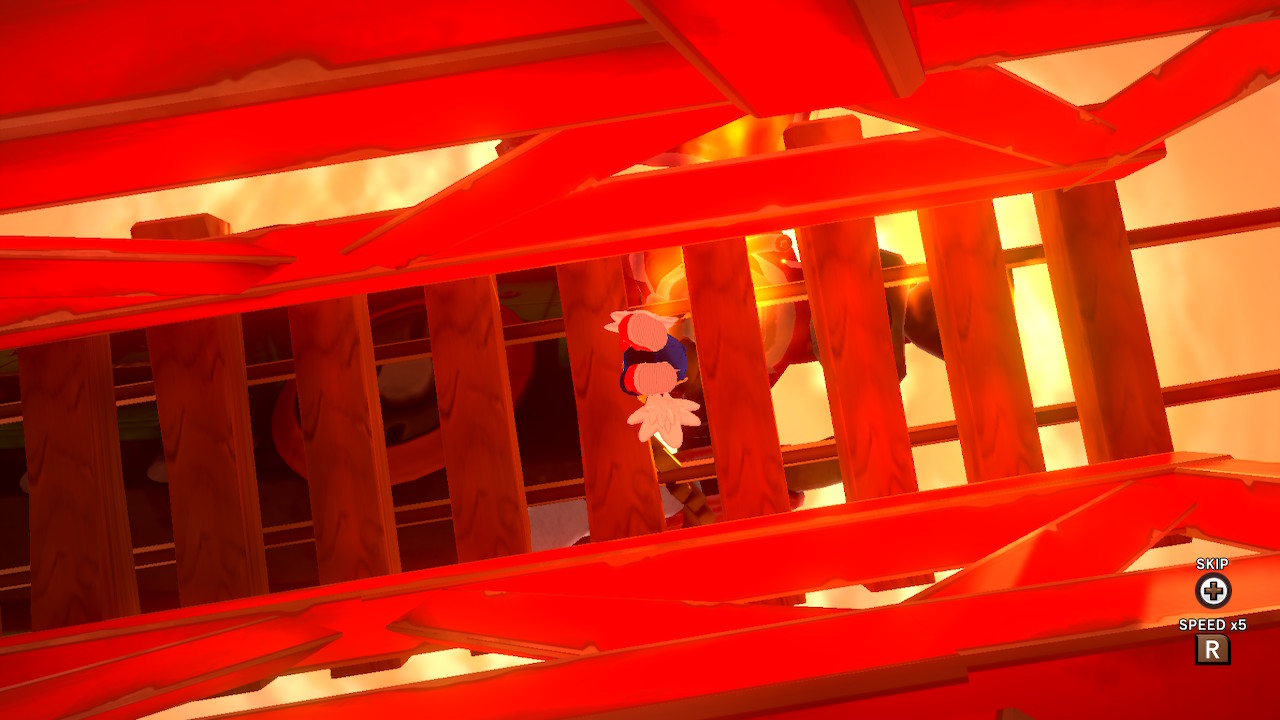 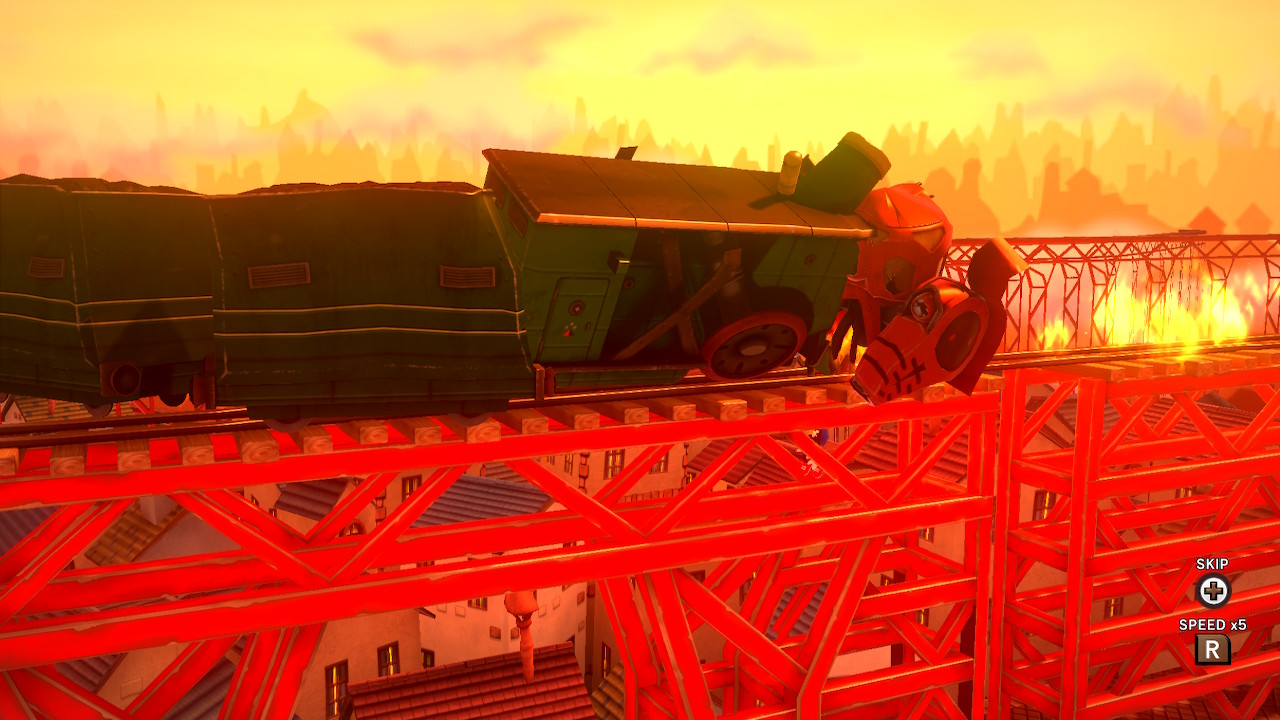 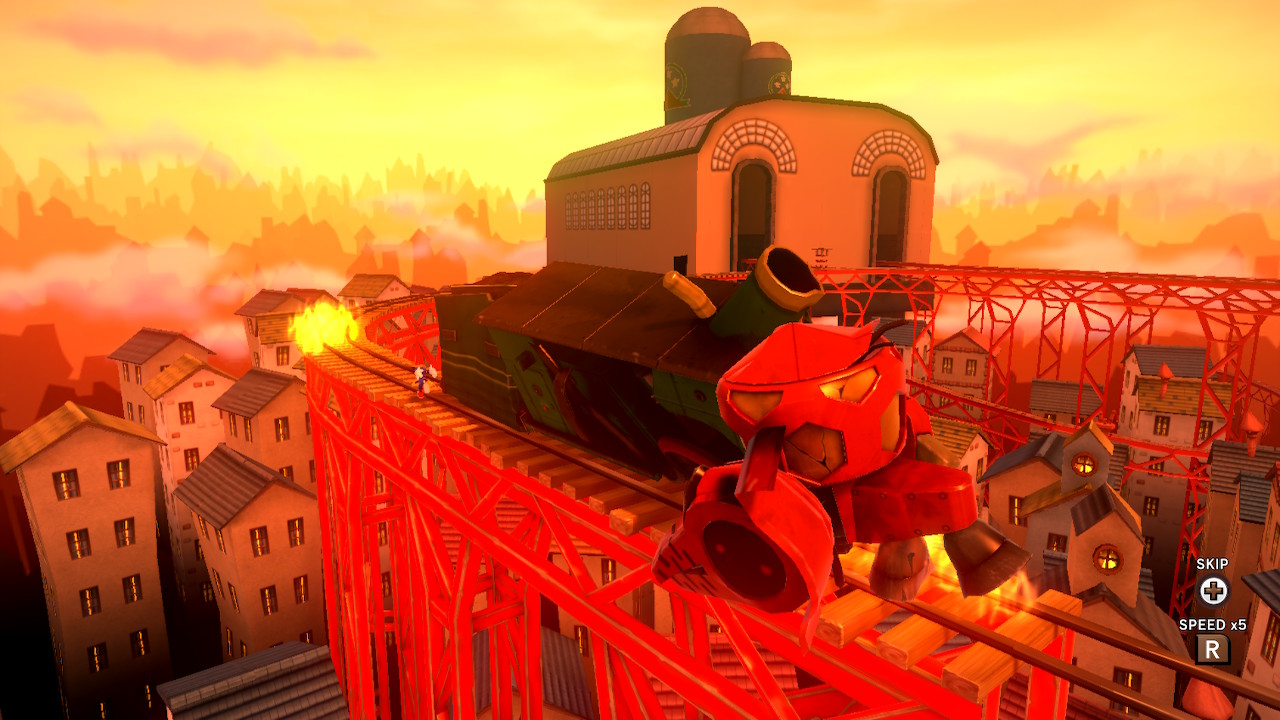 Even now, I still nearly found that scene tense. Until years later, I couldn't figure out how Klonoa got out of that mess...

The reactors are finally shut down. 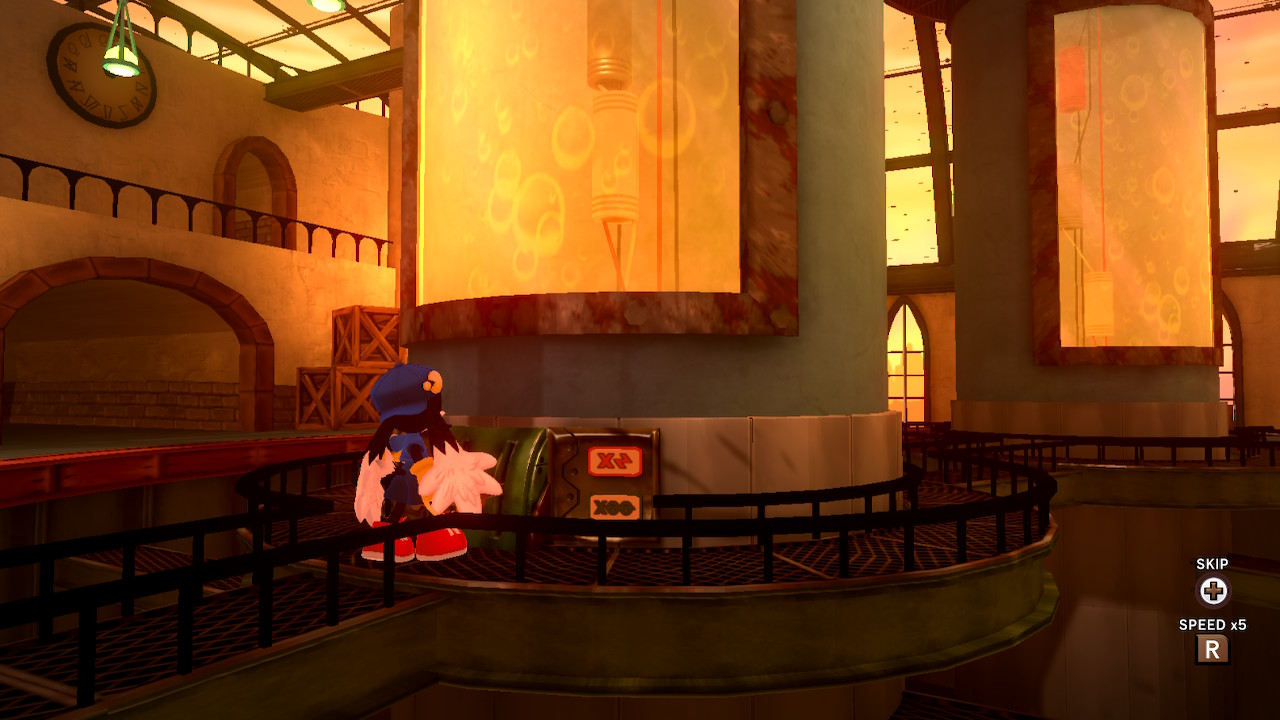 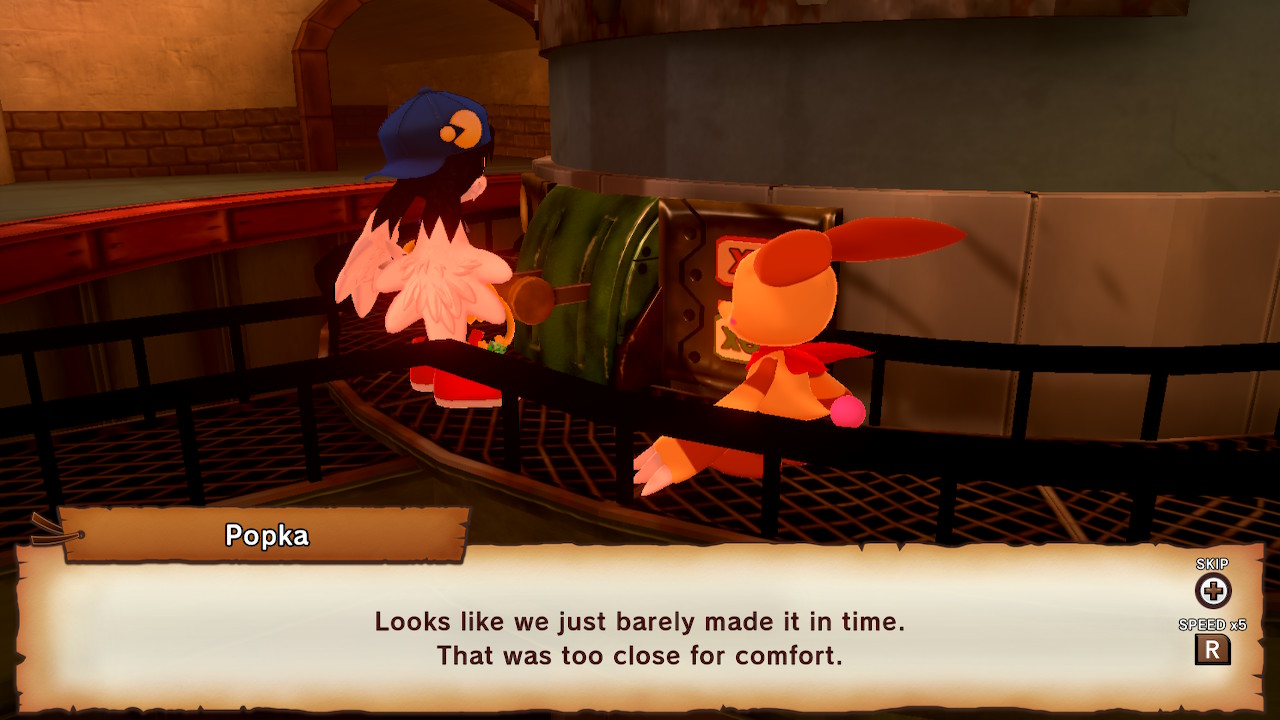 Popka points out no one in the city even bothered to turn off the reactors, mentioning their warlust.

Klonoa: "All they do is play, in Joilant. While they only fight, in Volk..."
Popka: "When ya think about it, they're all kinda strange."
Lolo: "But a priestess's power is necessary for the ring to function... so how did Leorina..." 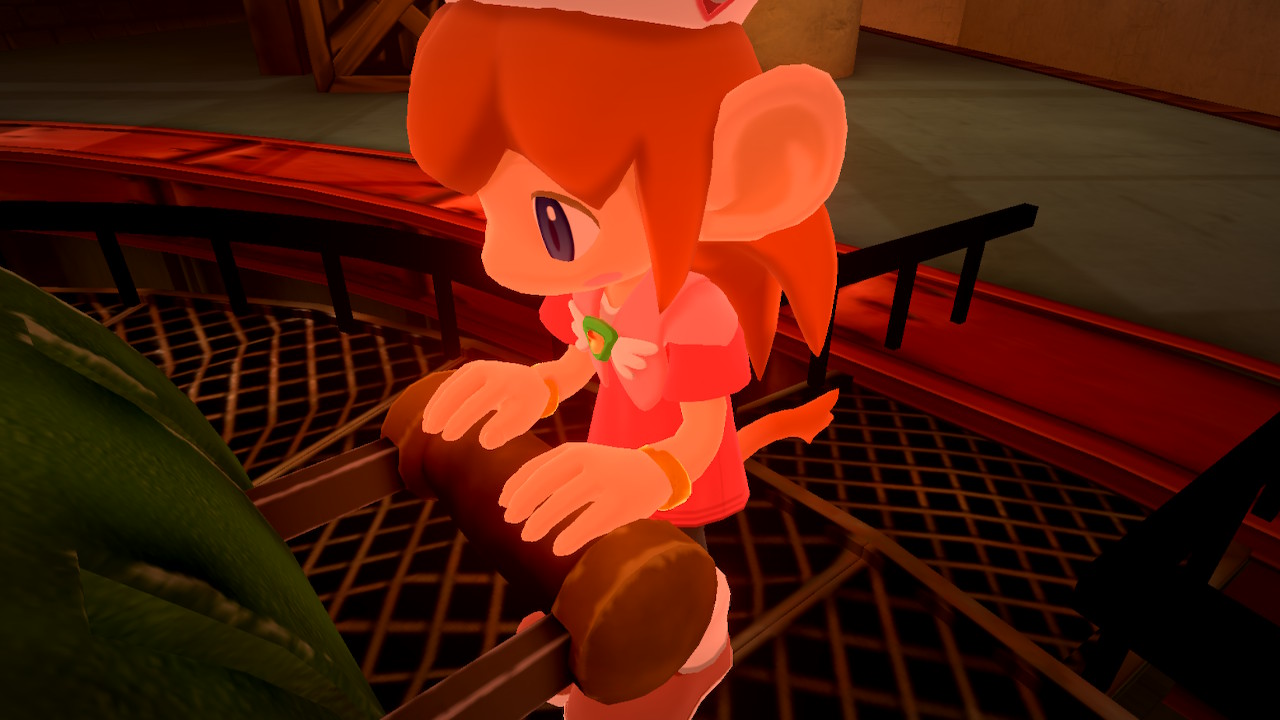