As a warm-up, I take on the two previous bosses and view the Baguji cutscene again. 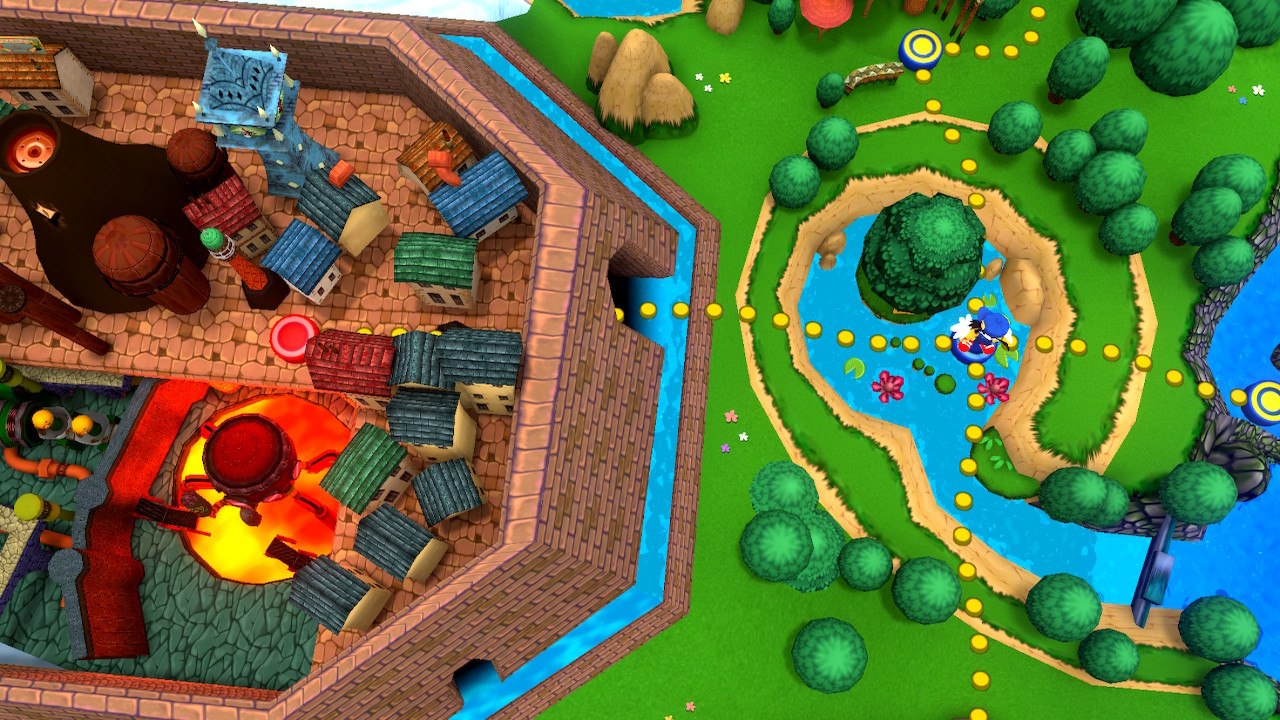 Into the city hall of Volk we go! 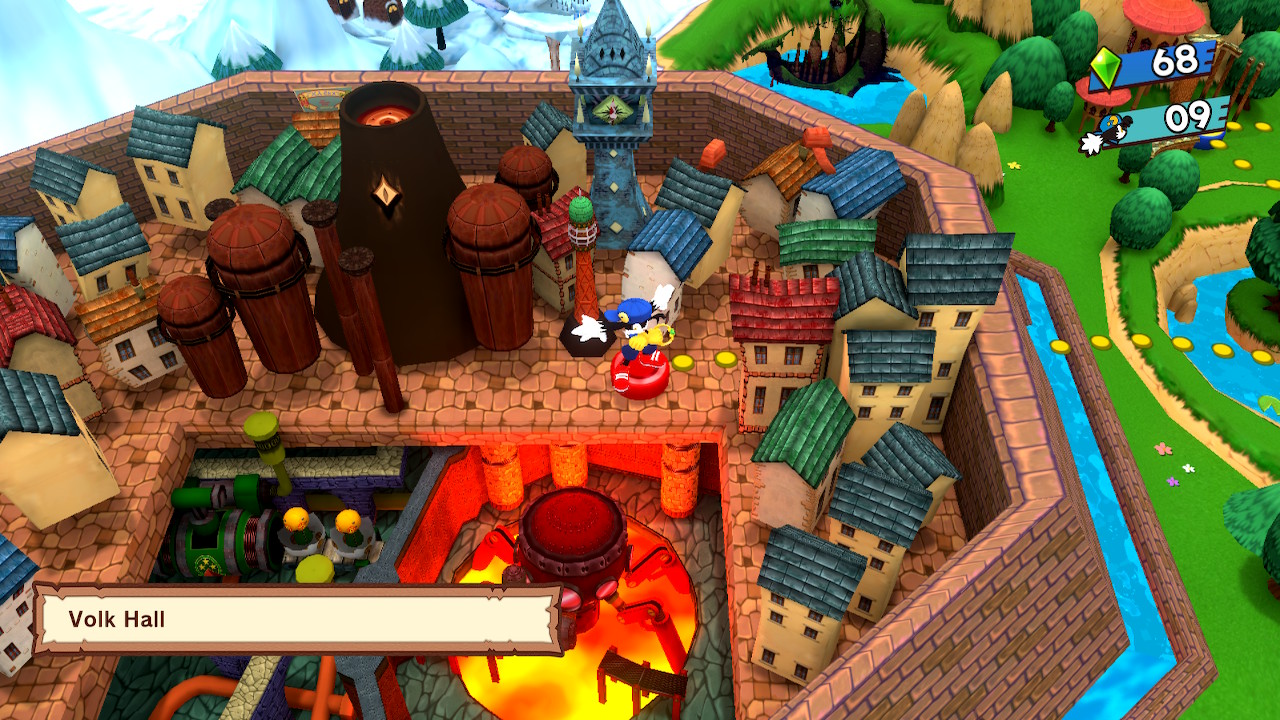 The first shot of Volk we see is the tower holding the copper Bell of Discord.

Klonoa: "Well... that wasn't too difficult." 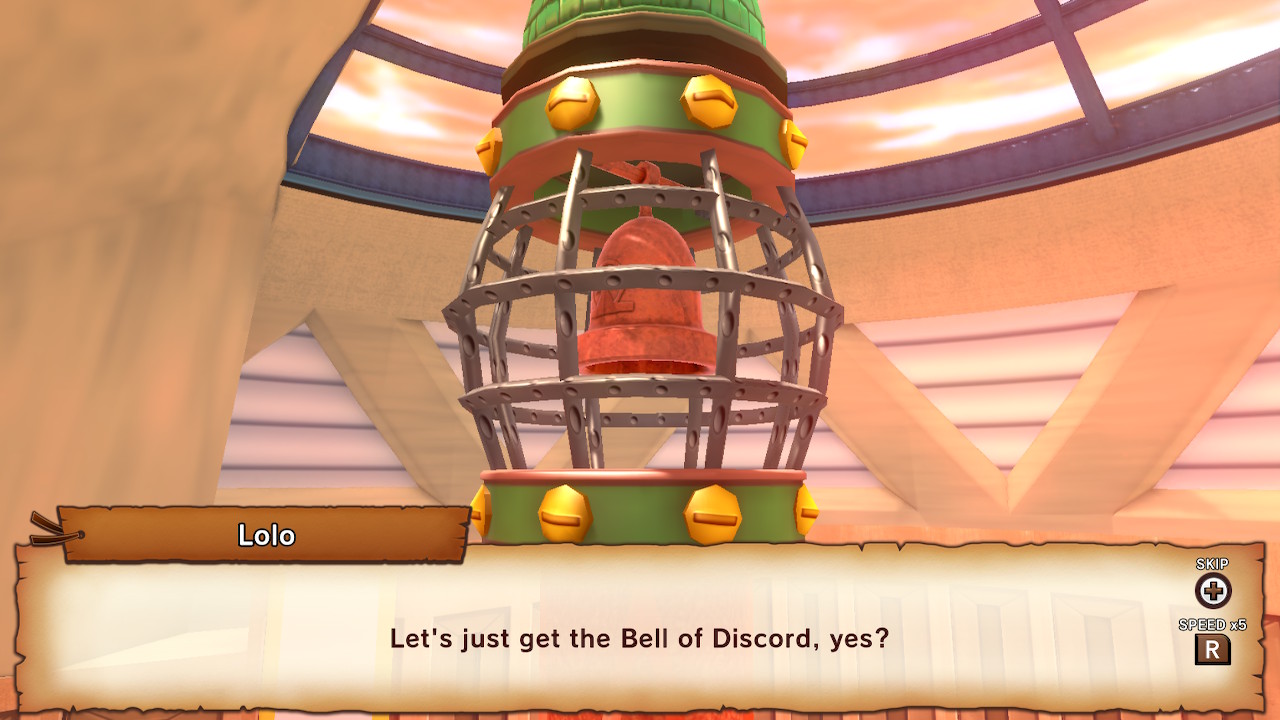 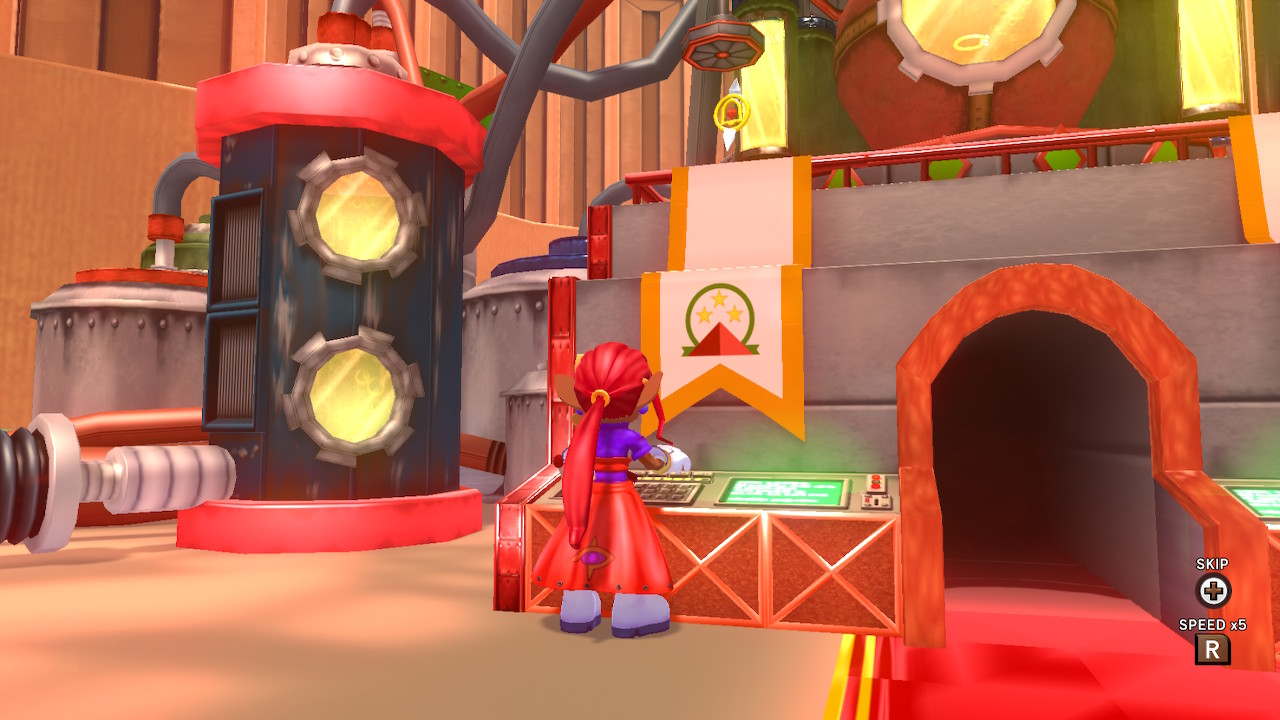 There's Leorina typing on the console! 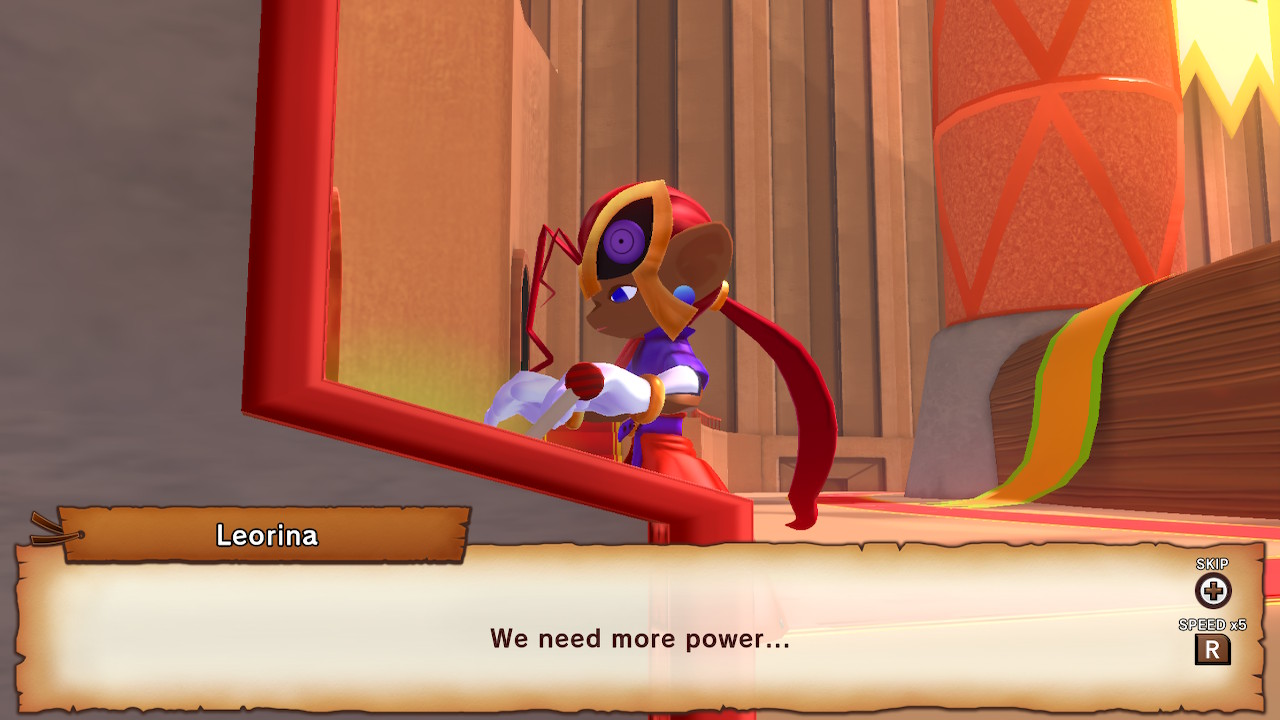 The power shortens out!

Leorina: "We need more power... But there's no way to tell when it will explode..."

She calls Tat to check on the reactor. Tat asks which one: in the city or underground. Leorina says to check both. What she says next is pretty villainous.

Leorina: "Overload them if you need to. A Volkan city or two is a small price to pay for a copy of the ring."

Klonoa's in shock at Leorina's plan to make a duplicate of the ring. 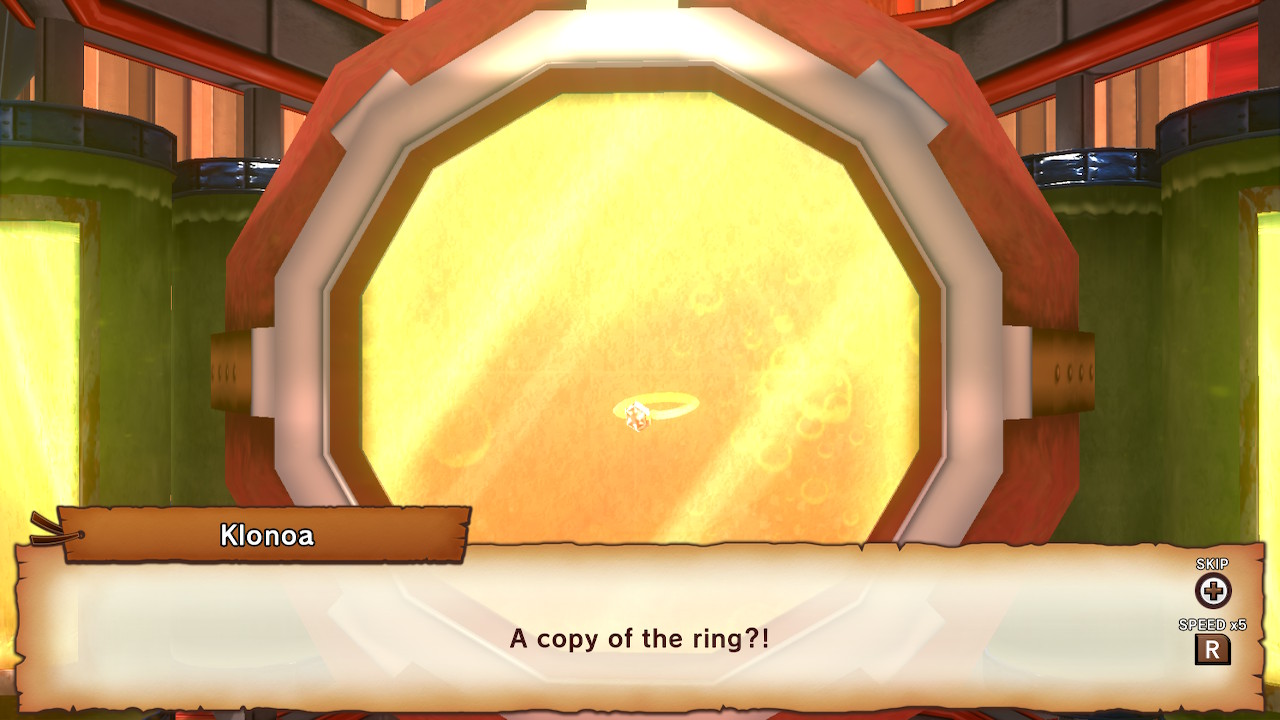 Looks like this story's getting both interesting and terrifying so far.

I have a feeling that Leorina knows we're here.

Popka wants to go in, full offense. Lolo's not going in there, though, mentioning the reactors could blow up.

Klonoa: "Fighting them is a waste of time. We have to go to the source of the problem!"
Lolo: "Well... She did mention that neither reactor... was running at full capacity yet." 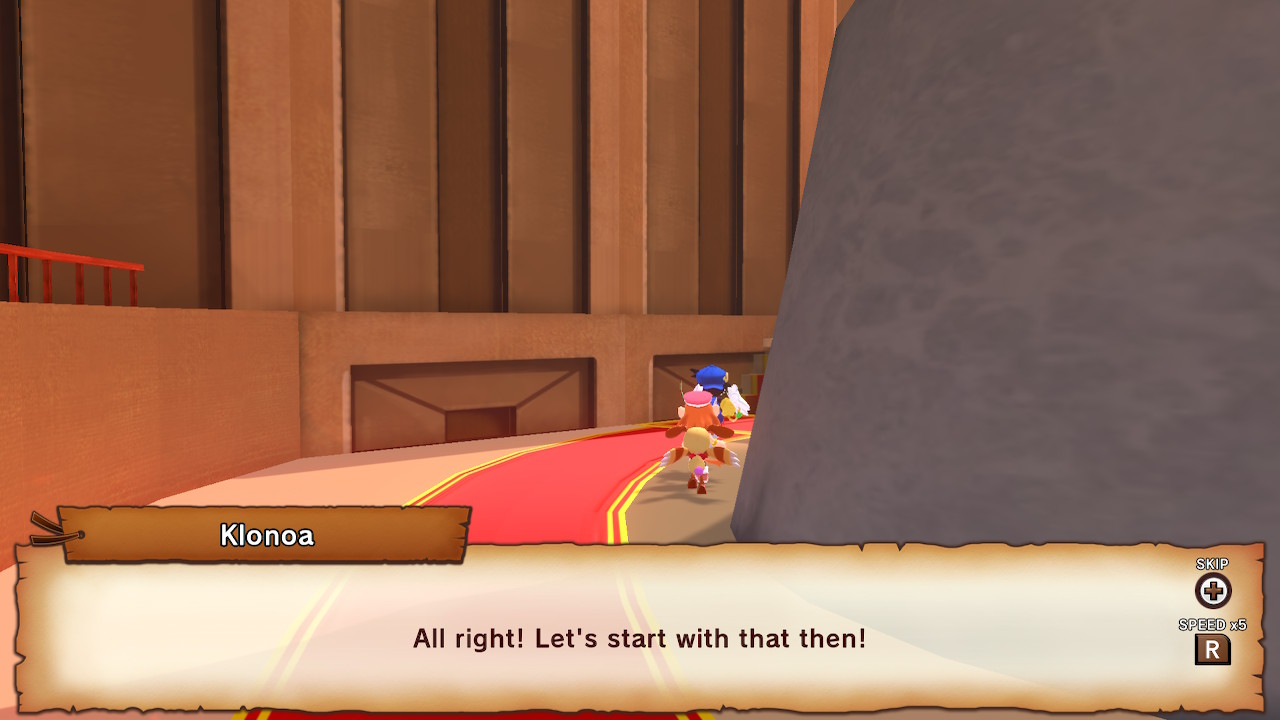 The gang runs off to one of the reactors!