The plaza dot's marked red: my second favorite boss (and easiest one) shows its face... 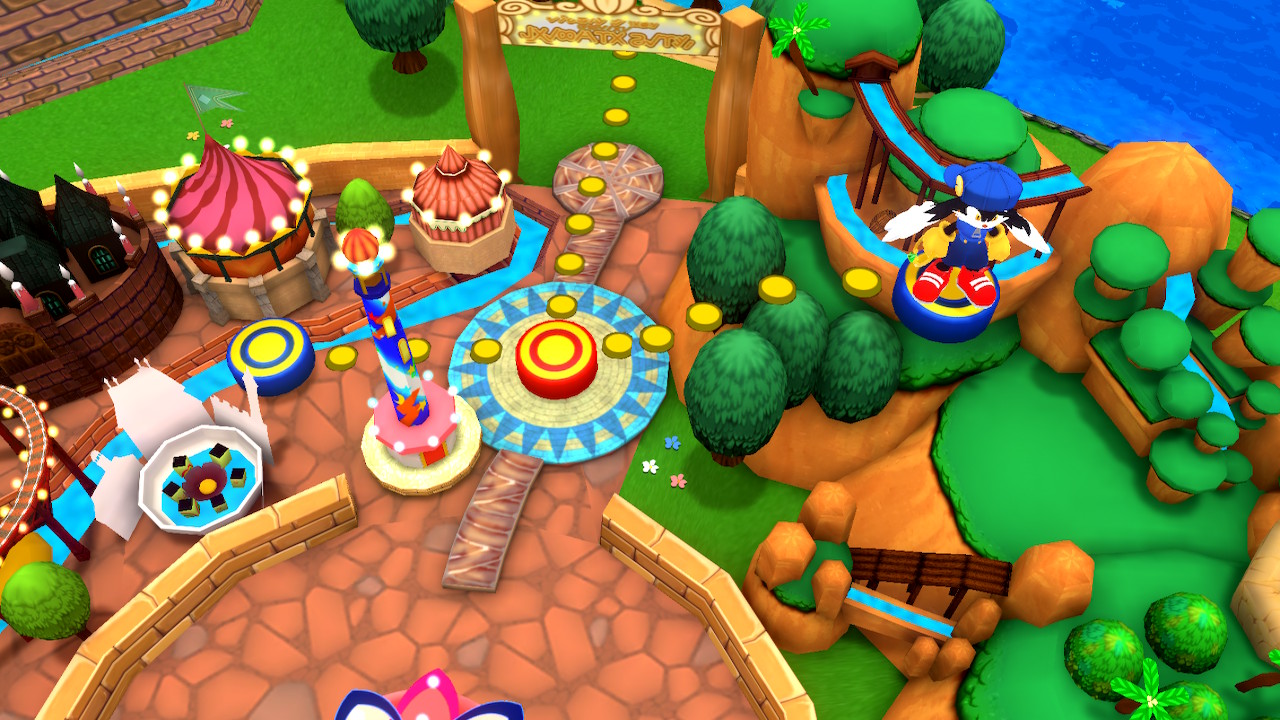 Let's see if I can beat this boss like how I did a long time ago. 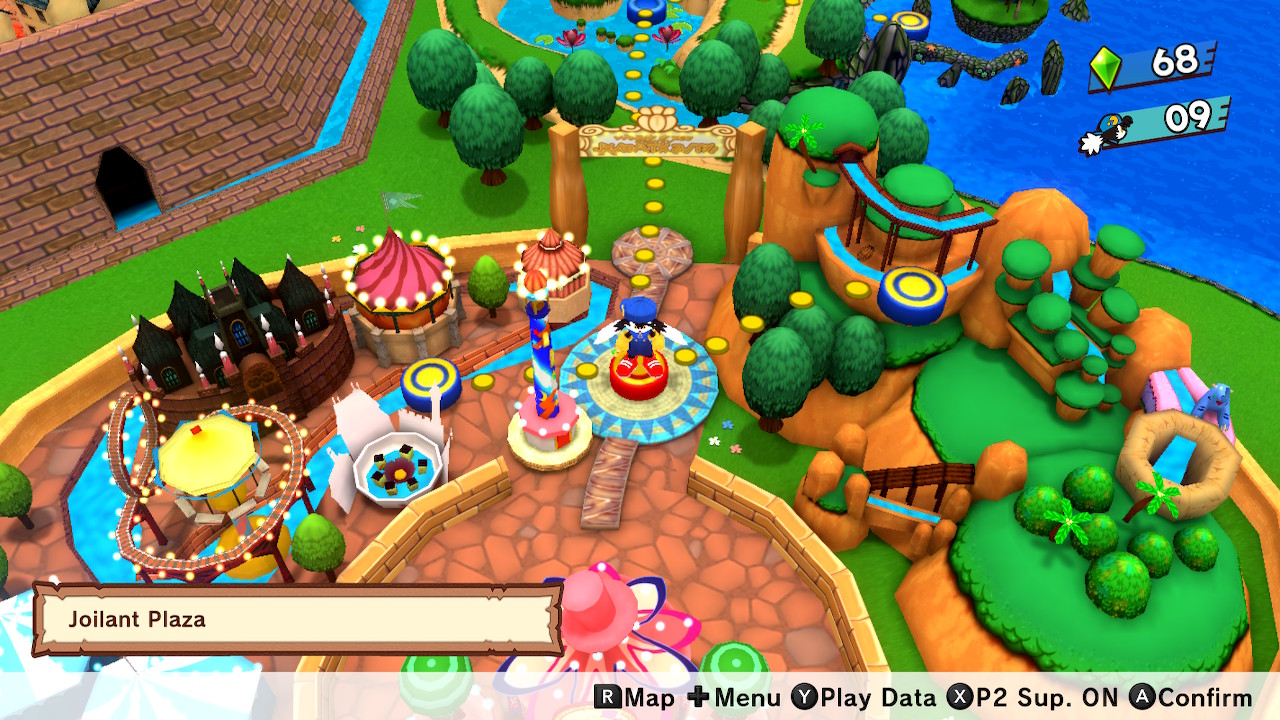 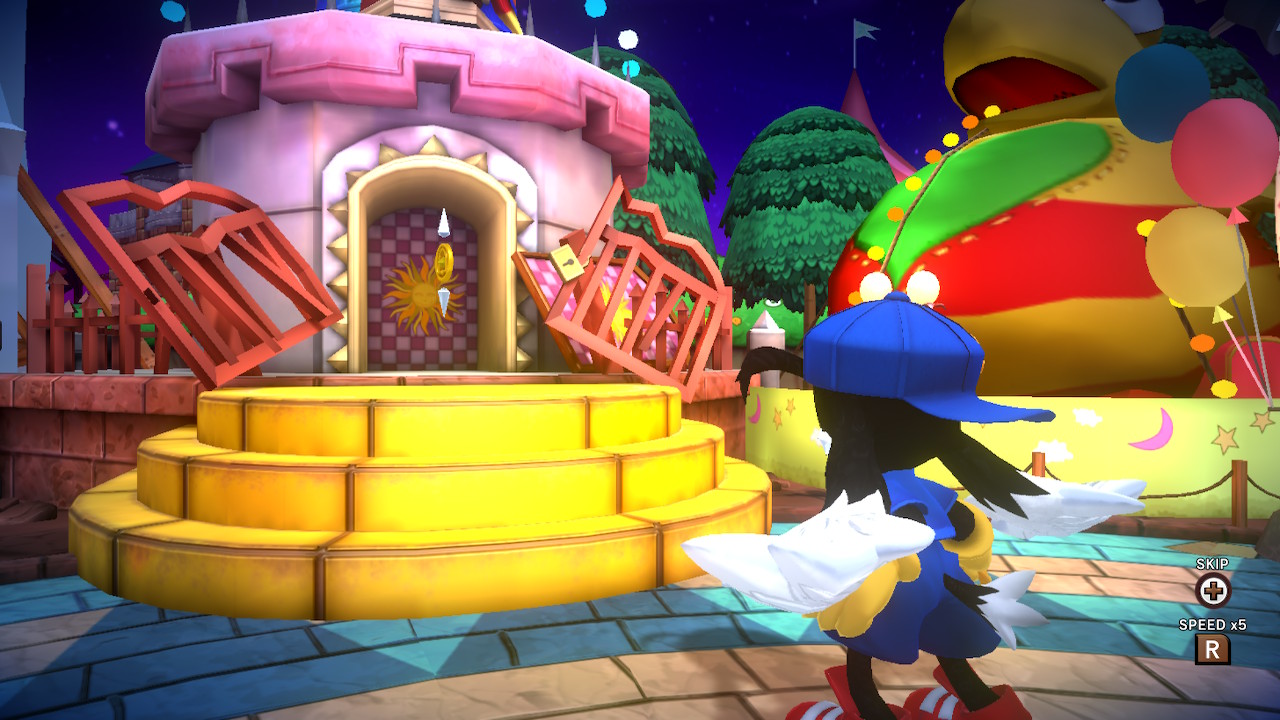 And on the top, is Leptio the Flower Clown, one of Leorina's lackeys. 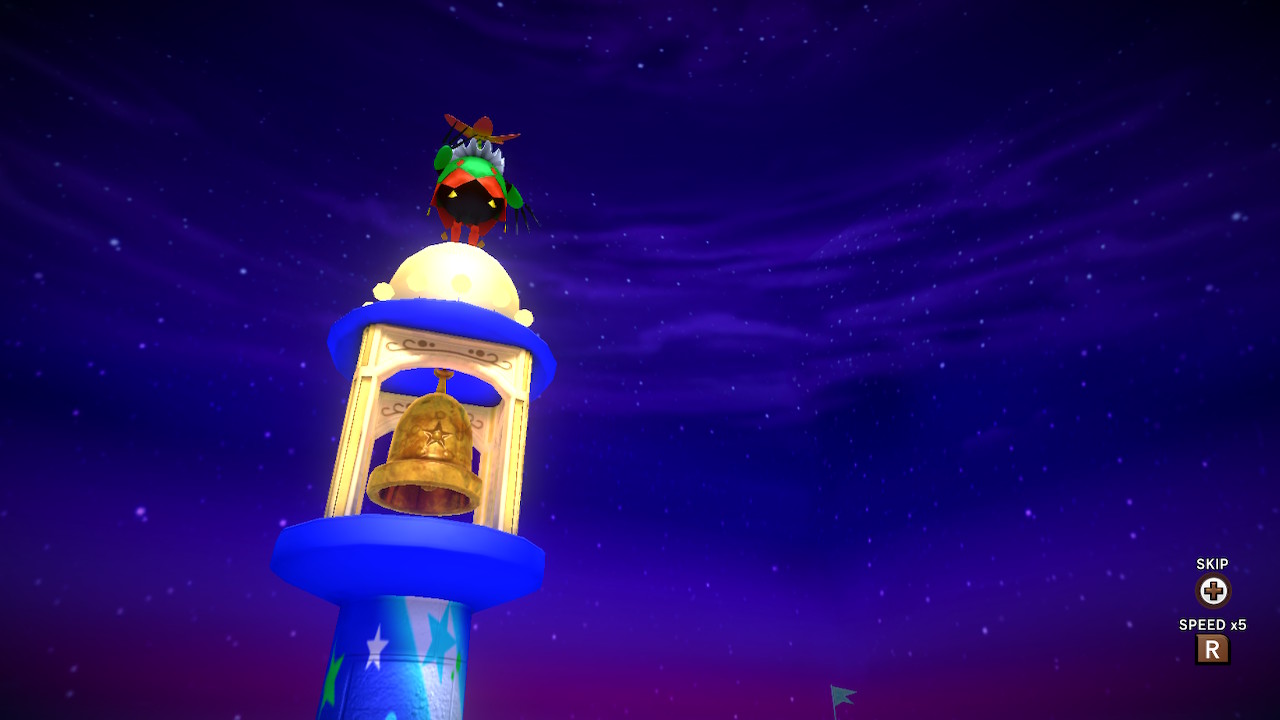 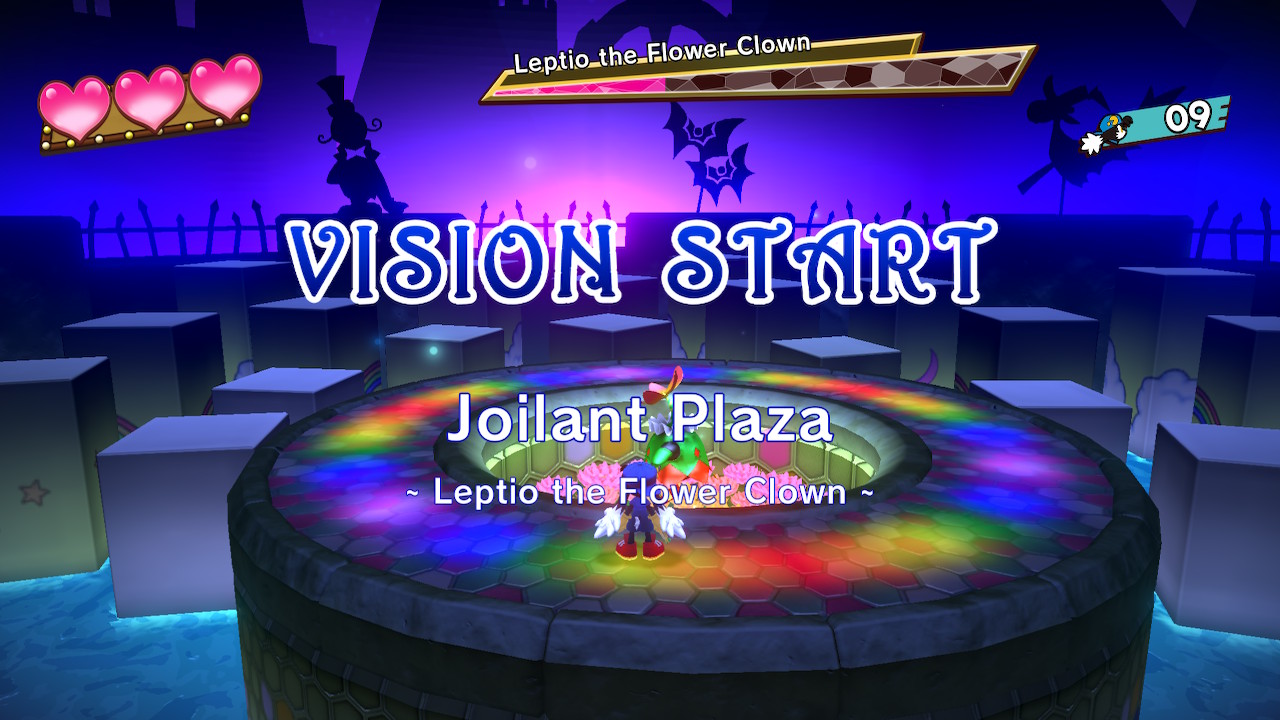 He splits into four!

The real one is the one that's twirling while jumping!

We manage to hit him five times in a row! But, I stop him from getting up and splitting into four again! 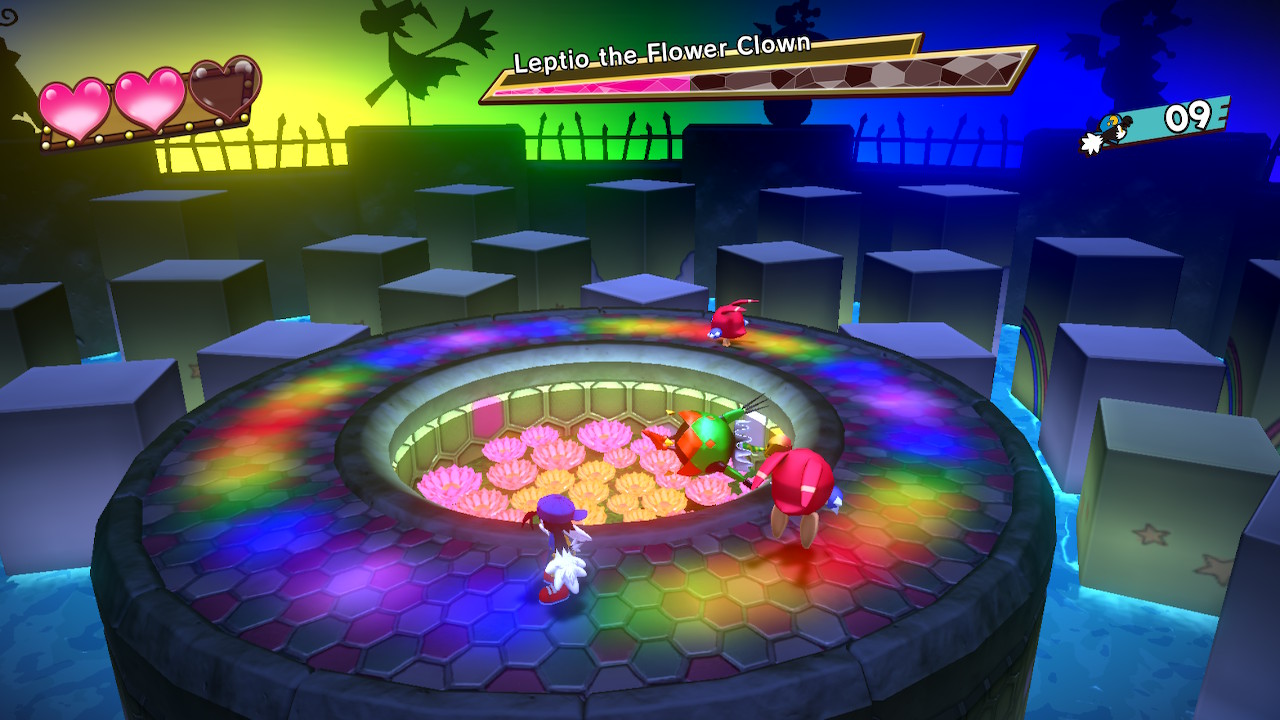 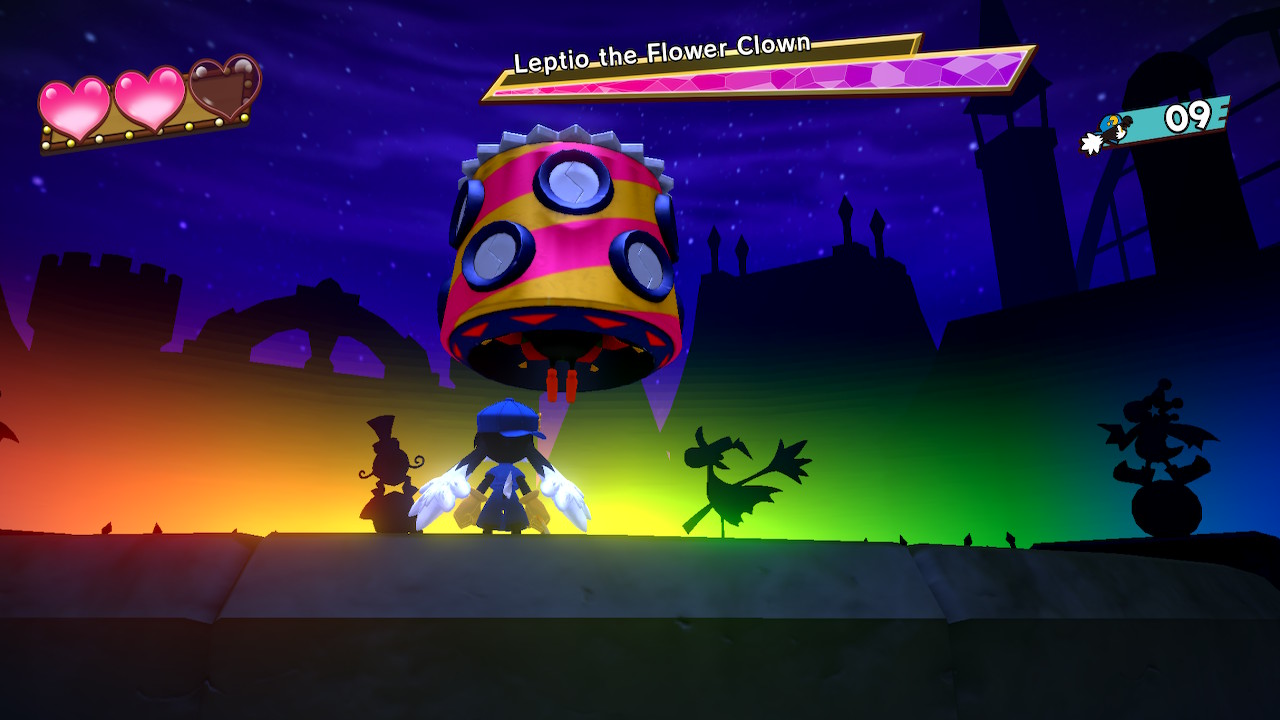 He summons and covers himself in a cylindrical box full of spikes!

Now to tip the clown over...

...and to hit him from the box's underside!

This boss's more faster than I remember him being...or maybe I underestimated his wheel-running skills. 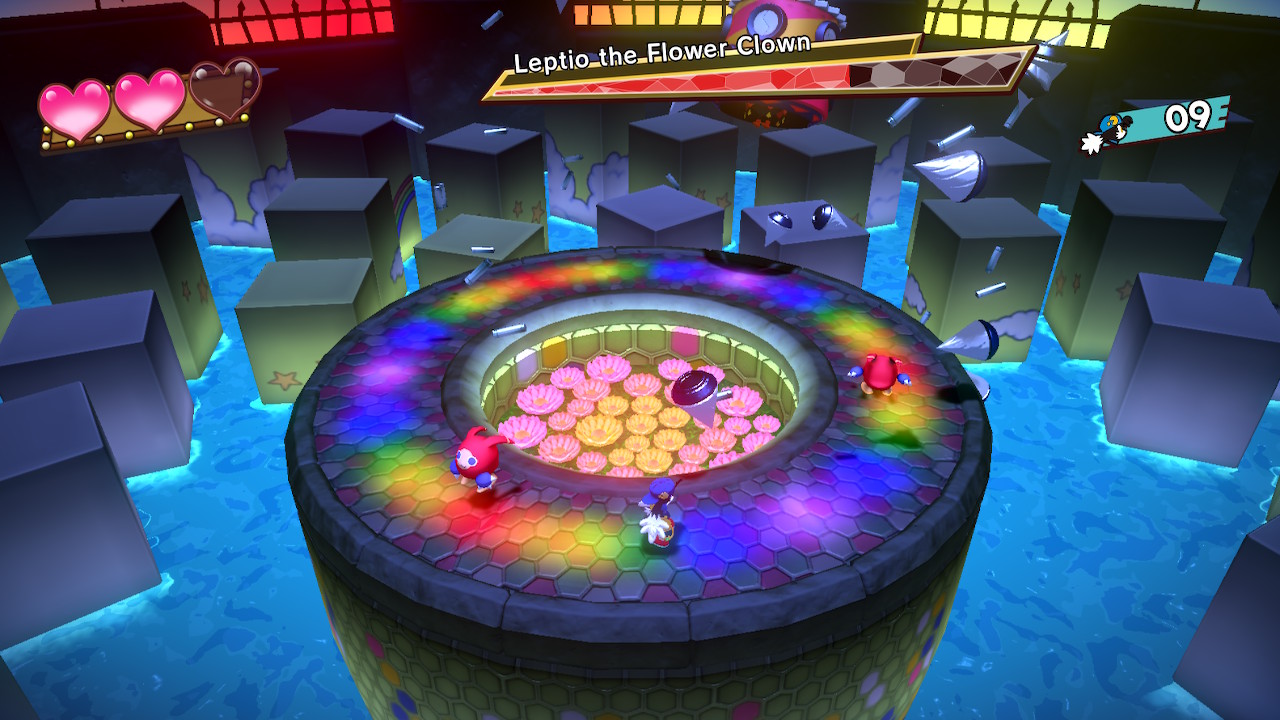 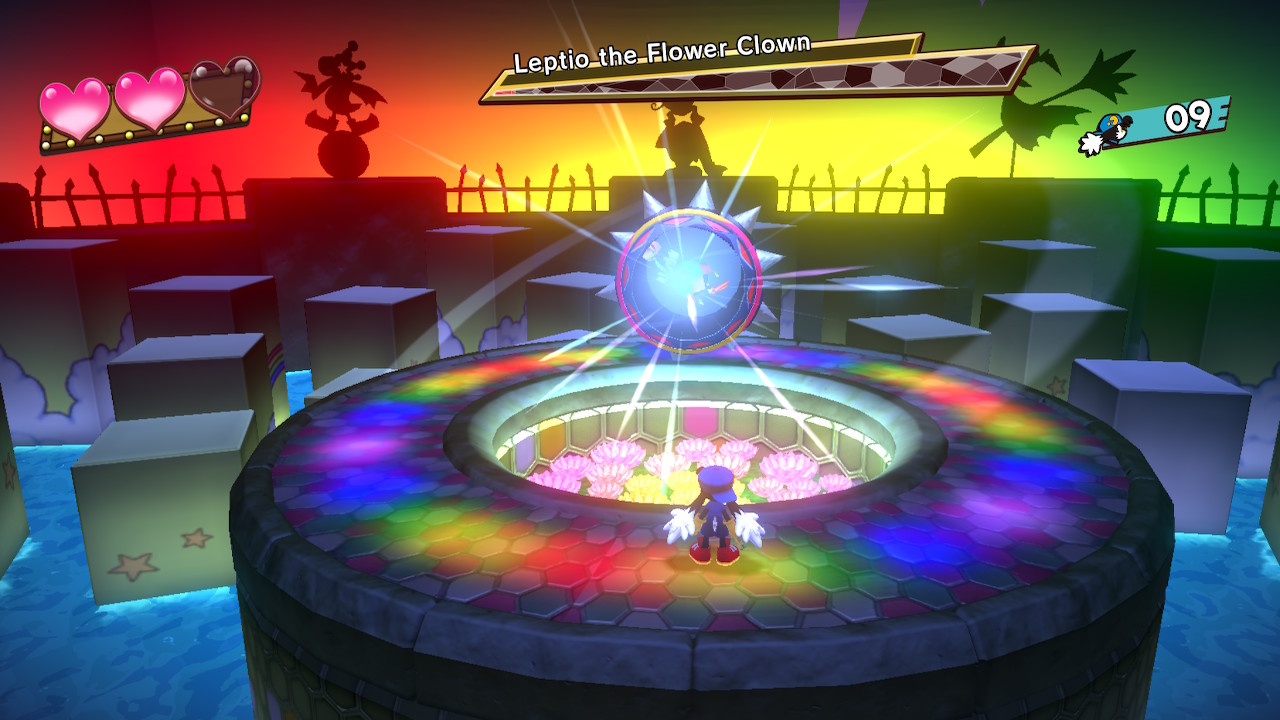 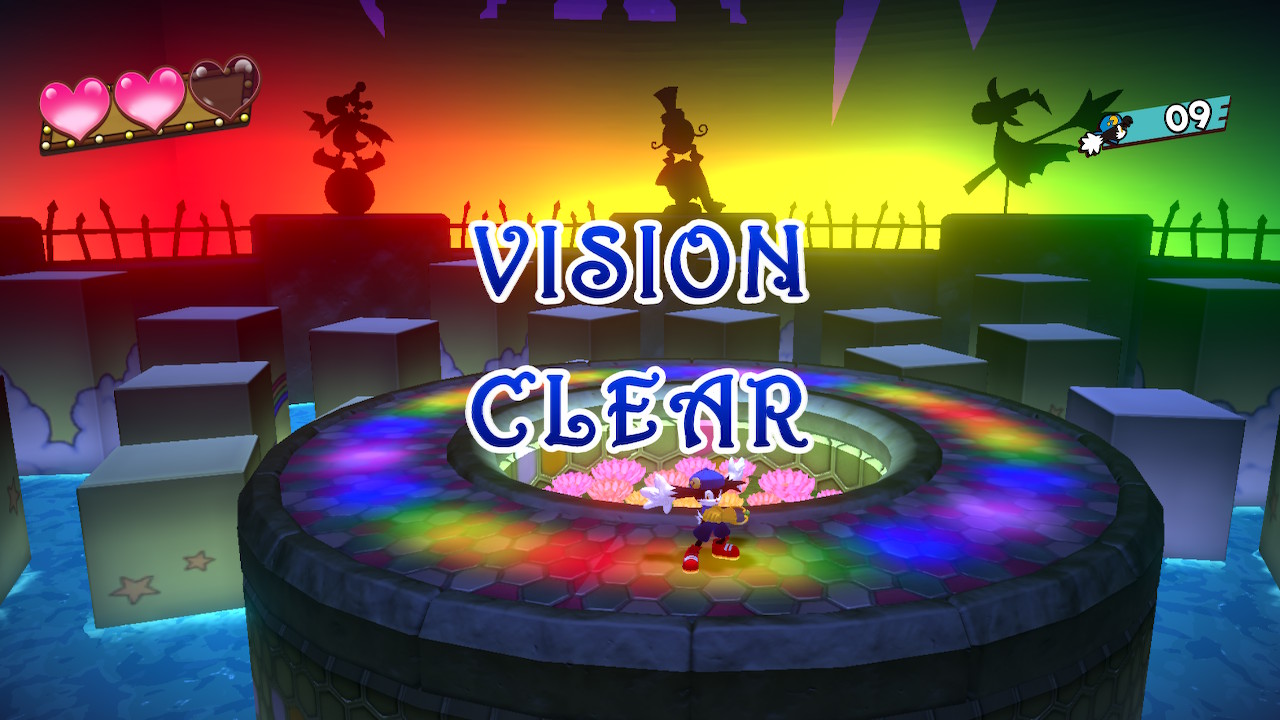 But, a familiar theme plays, and something materializes in the middle of the ring... 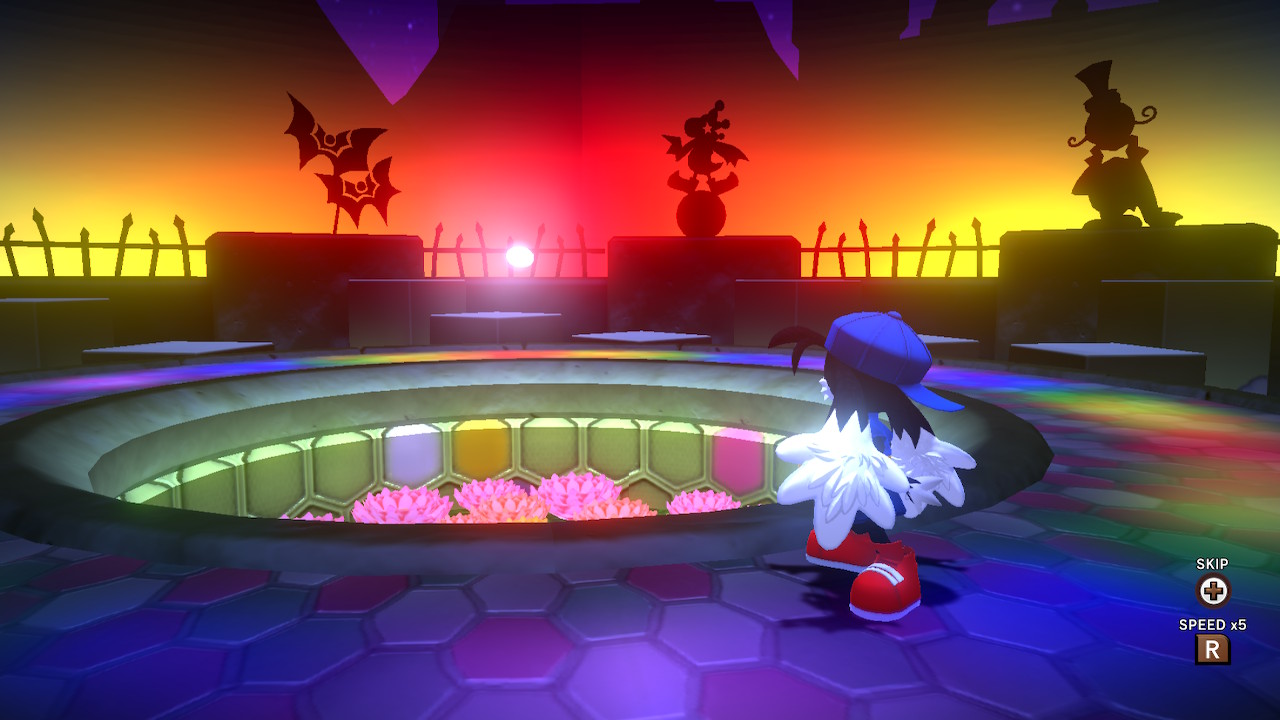 The light goes to Leorina! 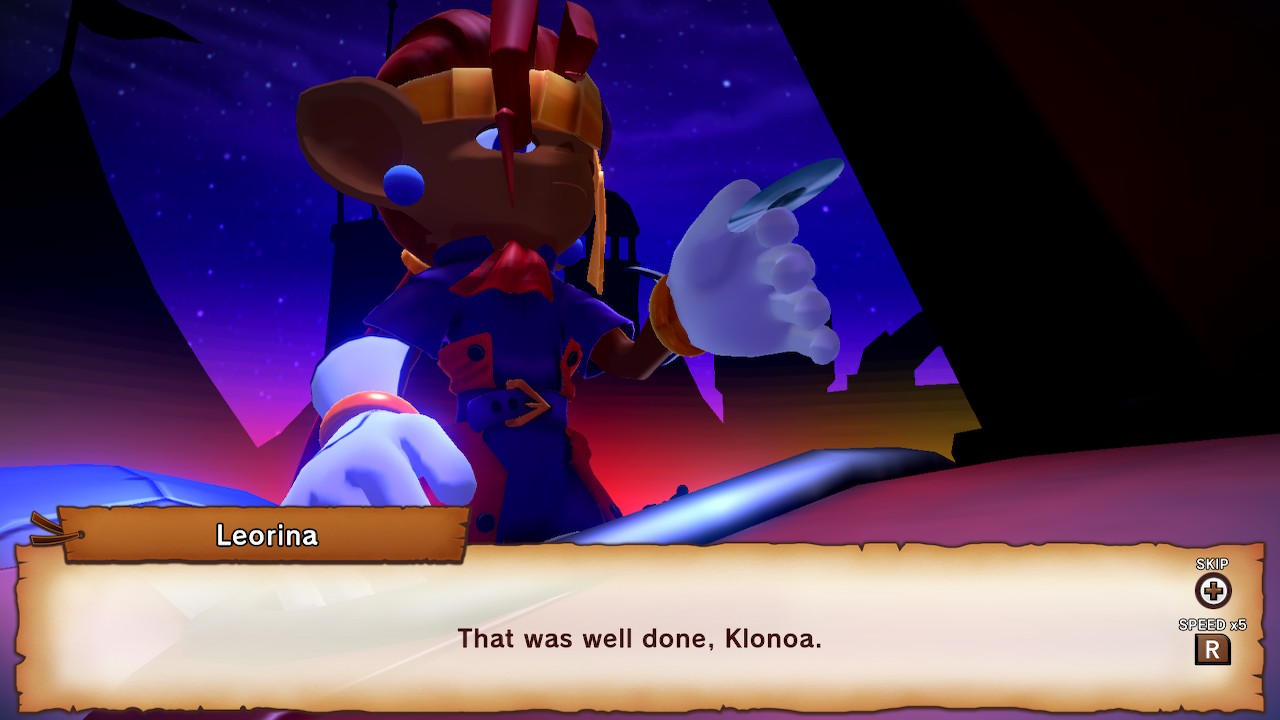 Leorina: "Thanks to [Leptio] and Tat, I have sufficient data from the ring."
Tat: "Thanks a bunch! Ha ha!"
Leorina: "You can keep the Element as a souvenir. Until we meet again..."

Back to the bell tower... 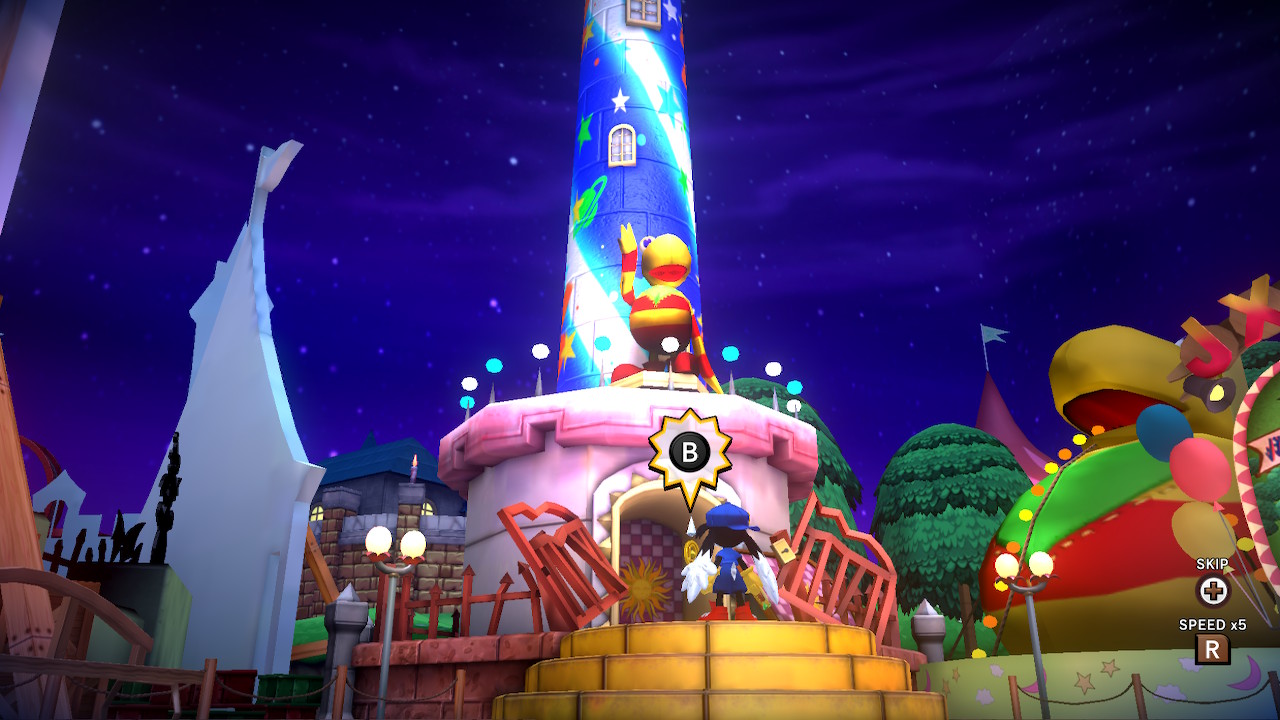 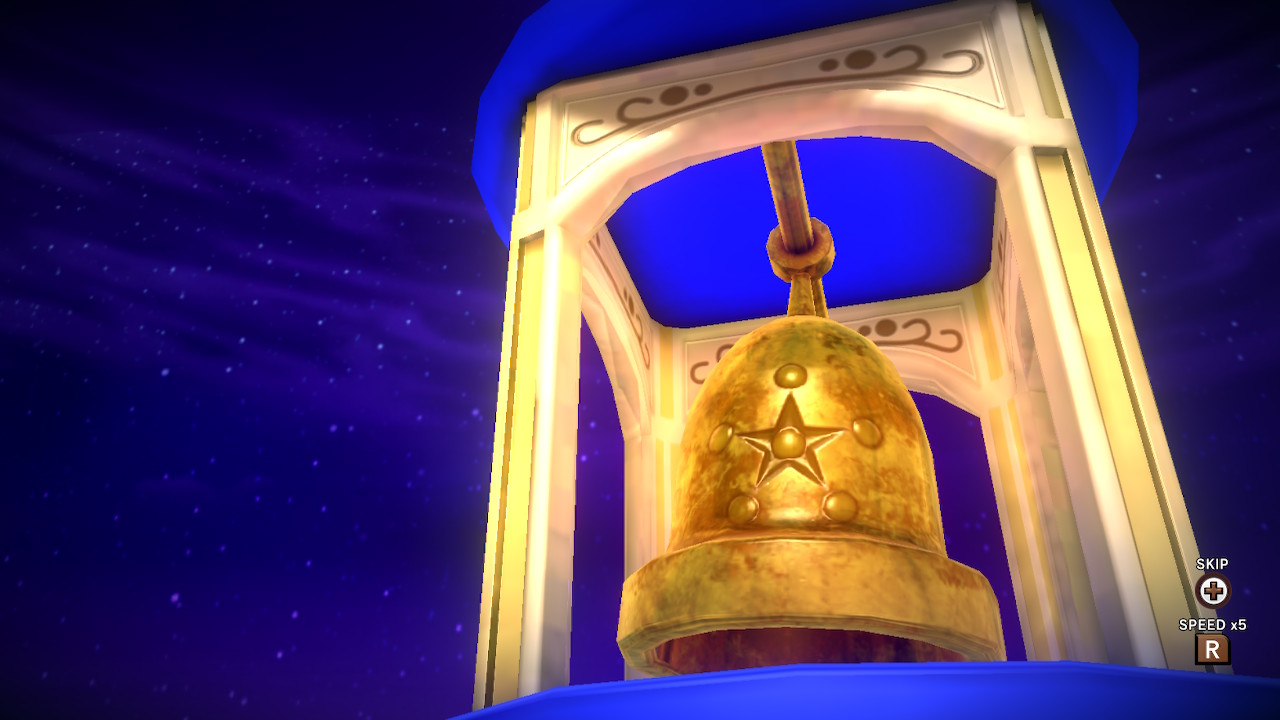 The Bell rings out, with the patrons looking on...

We get the second element! The Yellow Element of Joy is ours!

Popka reminds the gang to be more careful with the Elements.

The first Element drops from her other hand! 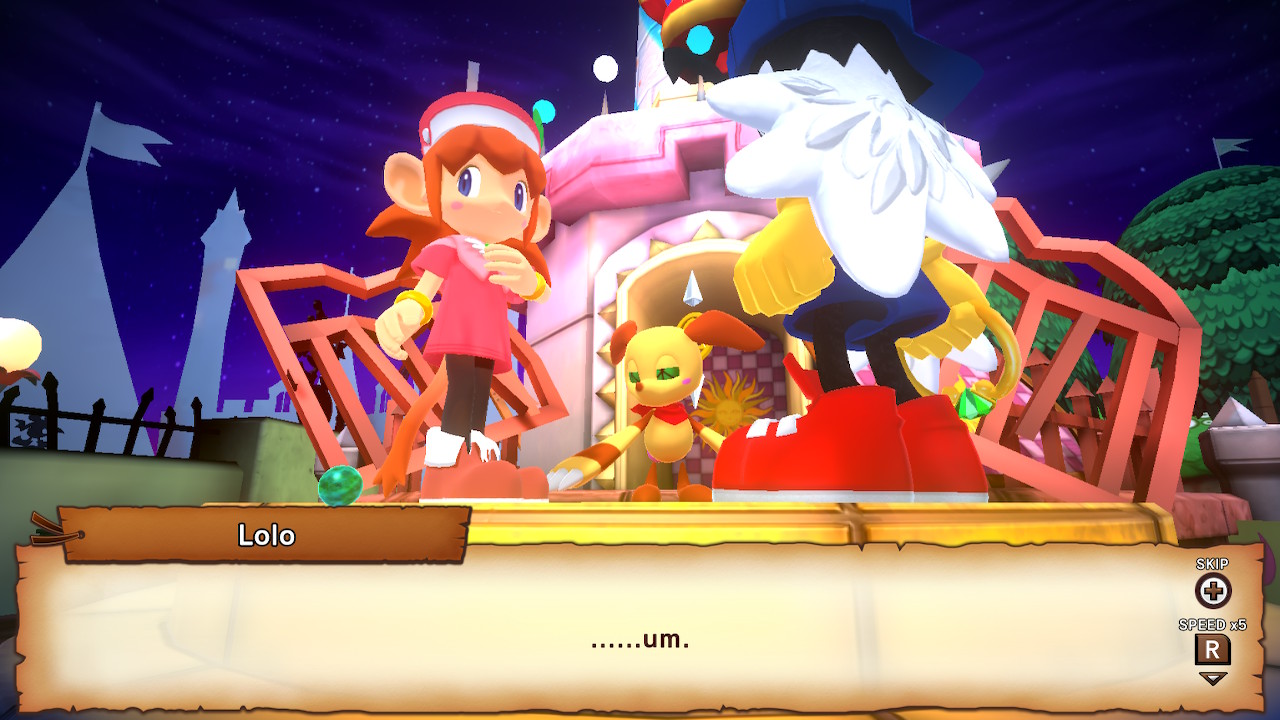 Here's the music for this boss.