Now it's Will and Kara staring down at their planet... 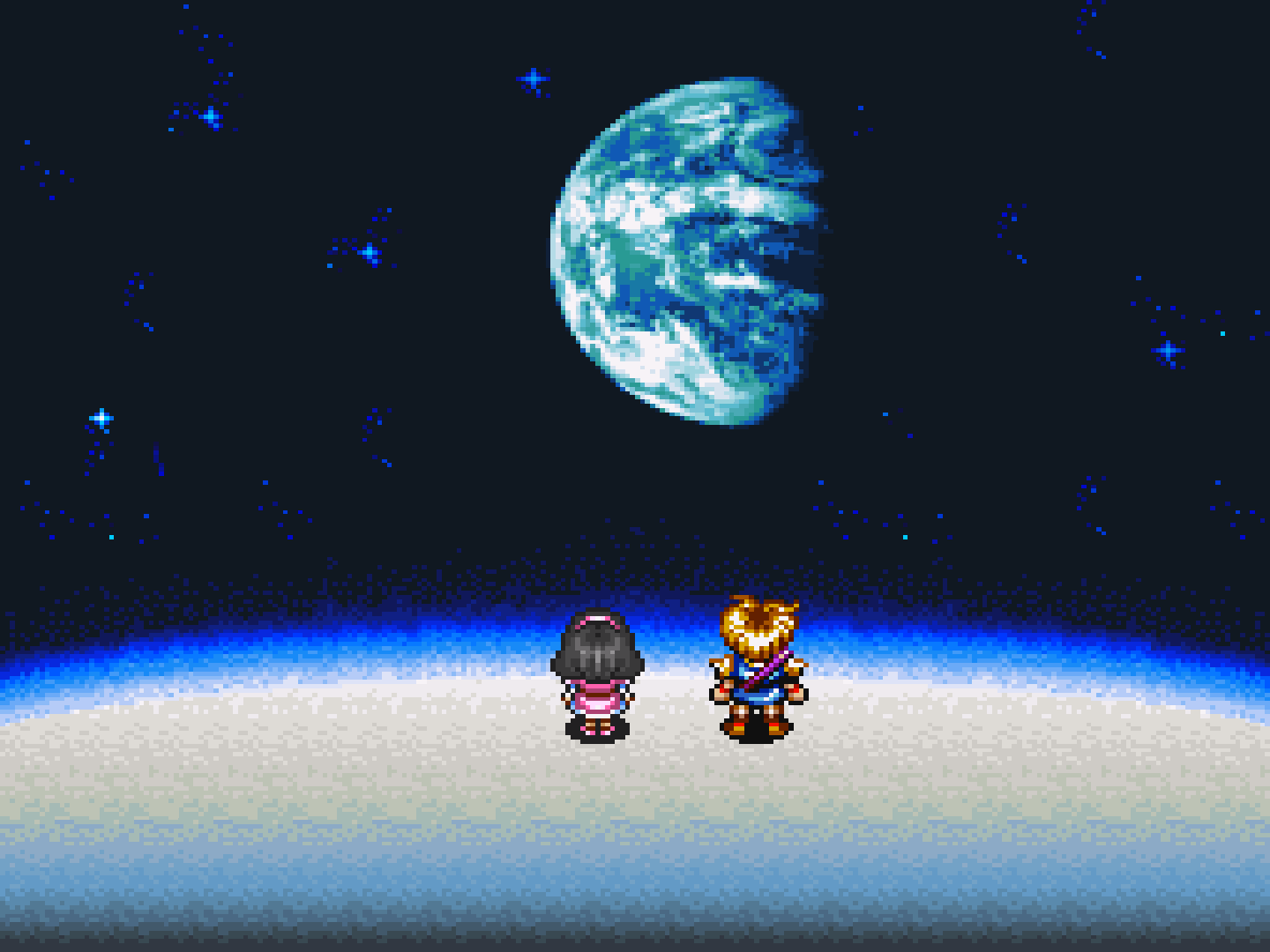 Olman: "The evil star has flown off to the other side of the universe..."

He asks Will a question that I already know the answer to. 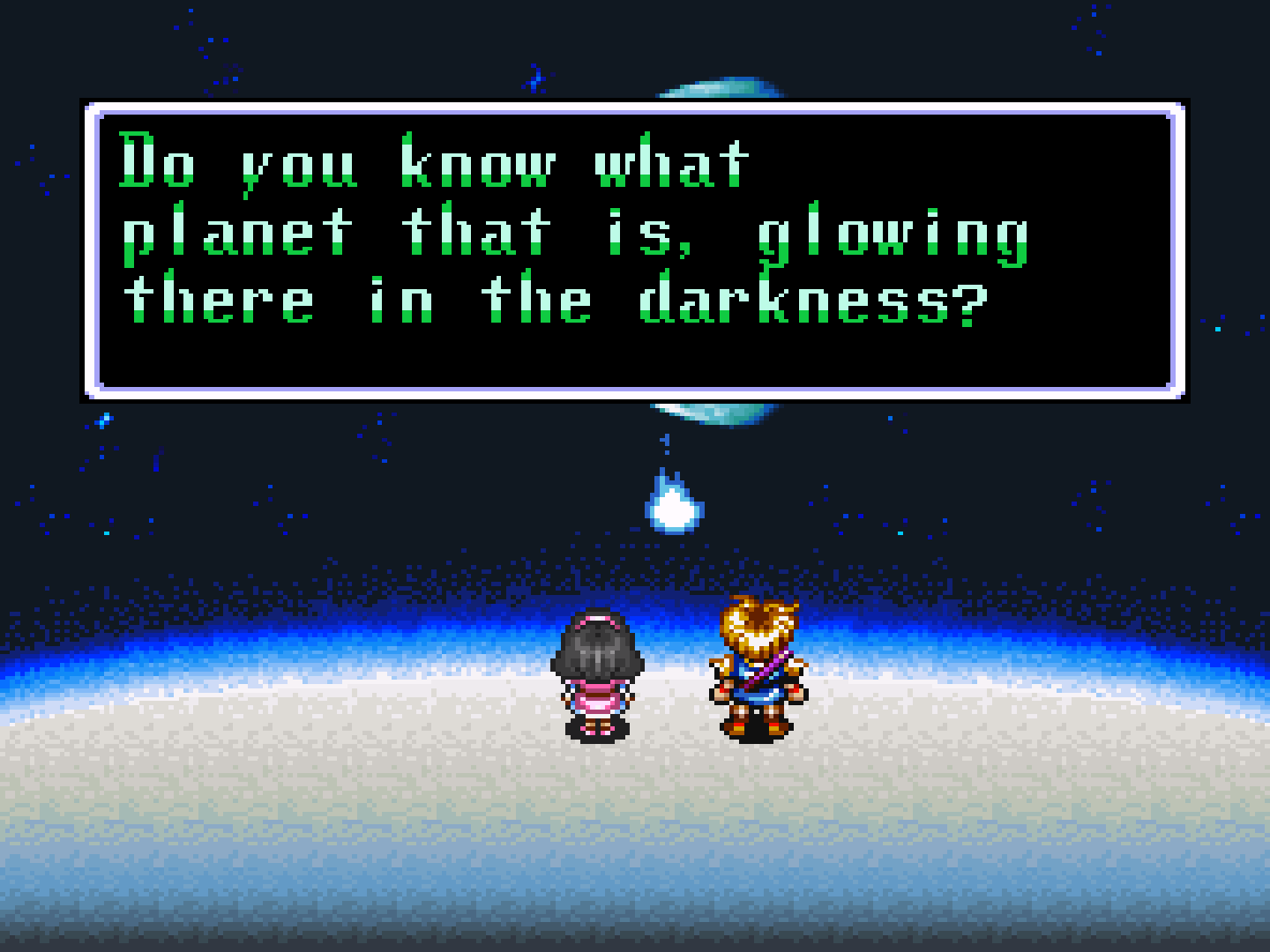 Will knows the answer to that question too.

Kara's amazed at seeing Earth, but also points out something about Earth too. 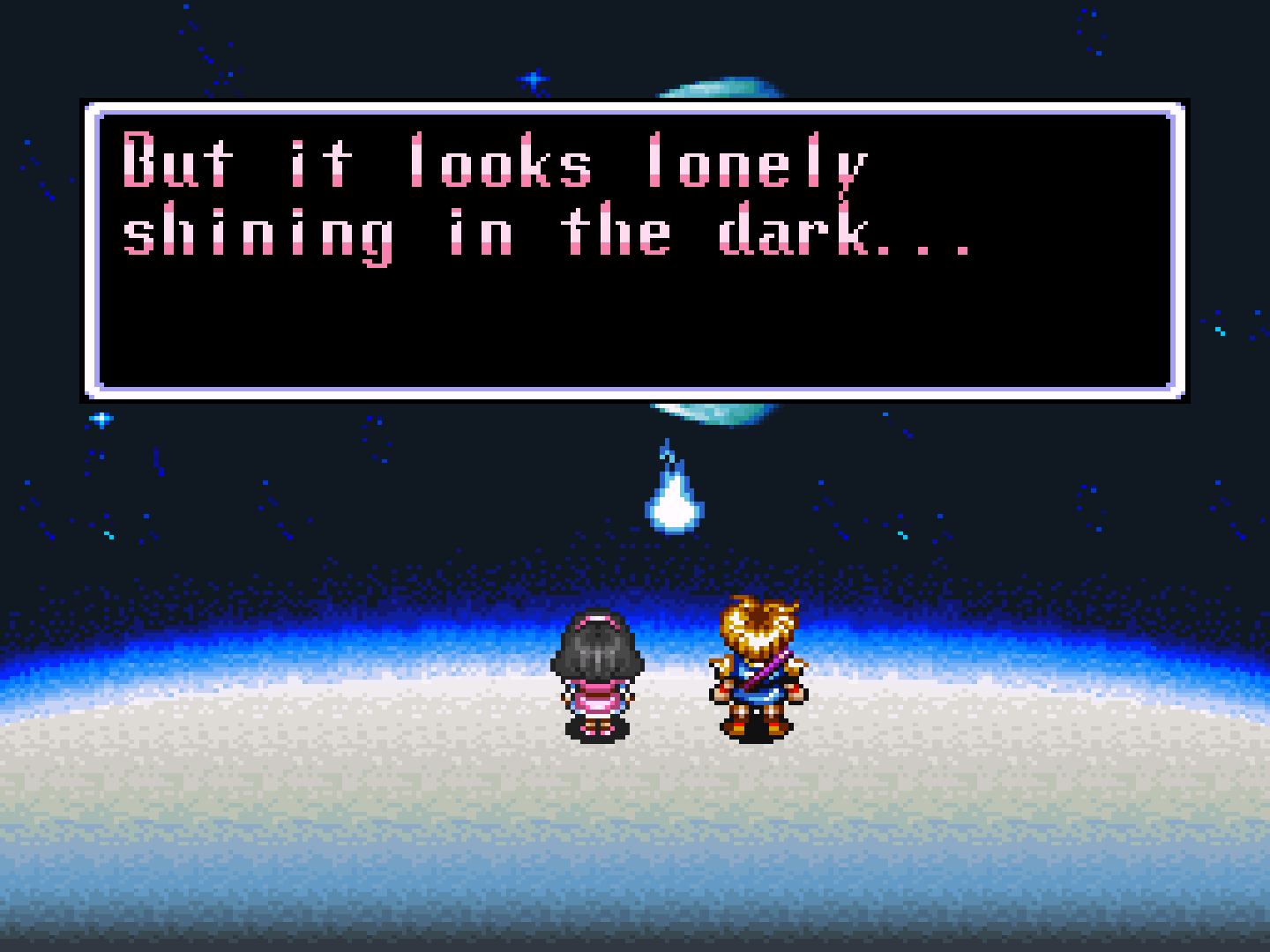 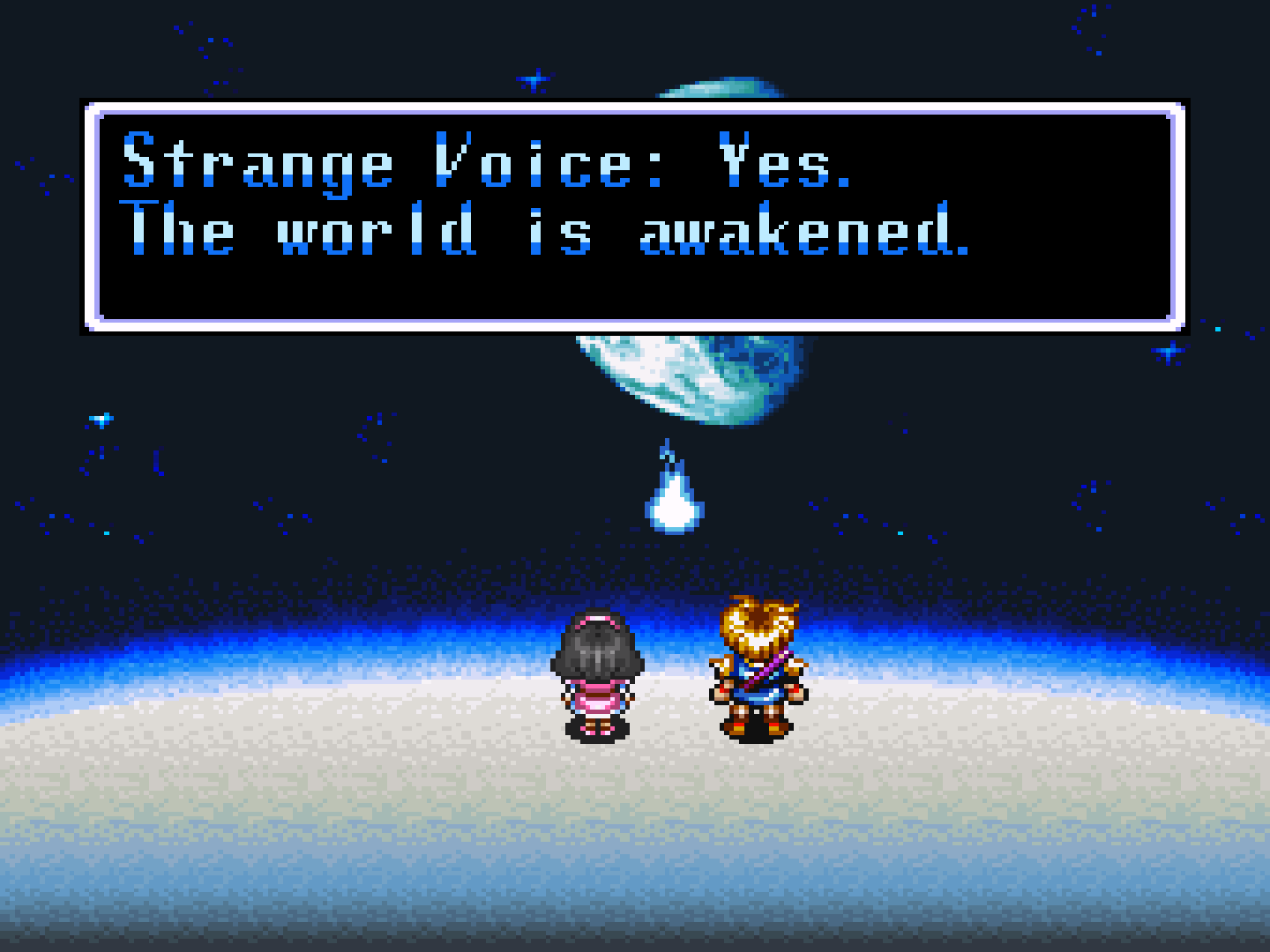 Another soul descends, it's Will's mother!

Shira: "Our Earth. A mother with millions of children. I'm sure you think about us sometimes, and Kara often thinks about her parents. The Earth is the same way. She gets lonely if her children forget about her."

Olman asks Will and Kara what it looks like looking at the Earth from space. 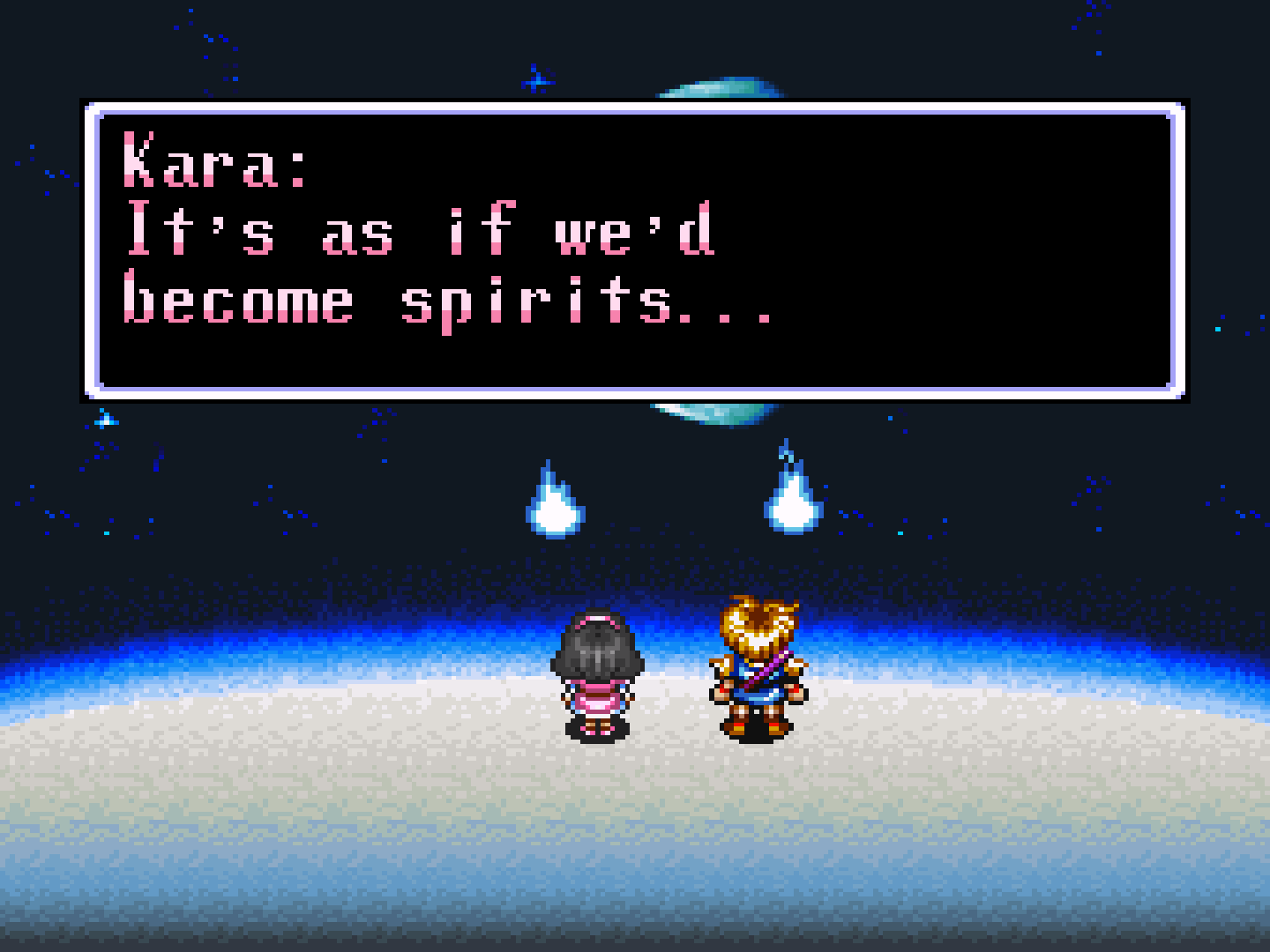 Aside: In the original translation, iirc, Kara compared looking at Earth from the comet as feeling similar to being God.

Will wishes he could show this view of Earth to his friends...and everyone else...I know the feeling, Will.

Olman: "Someday, people will build ships to travel the universe." He's right, Will.

Olman: "Then, they will see this green Earth with their own eyes. See how lonely the Earth looks, just like the two of you."

He now tells Will to "look carefully at [his] map of the world."

The old map fades away... 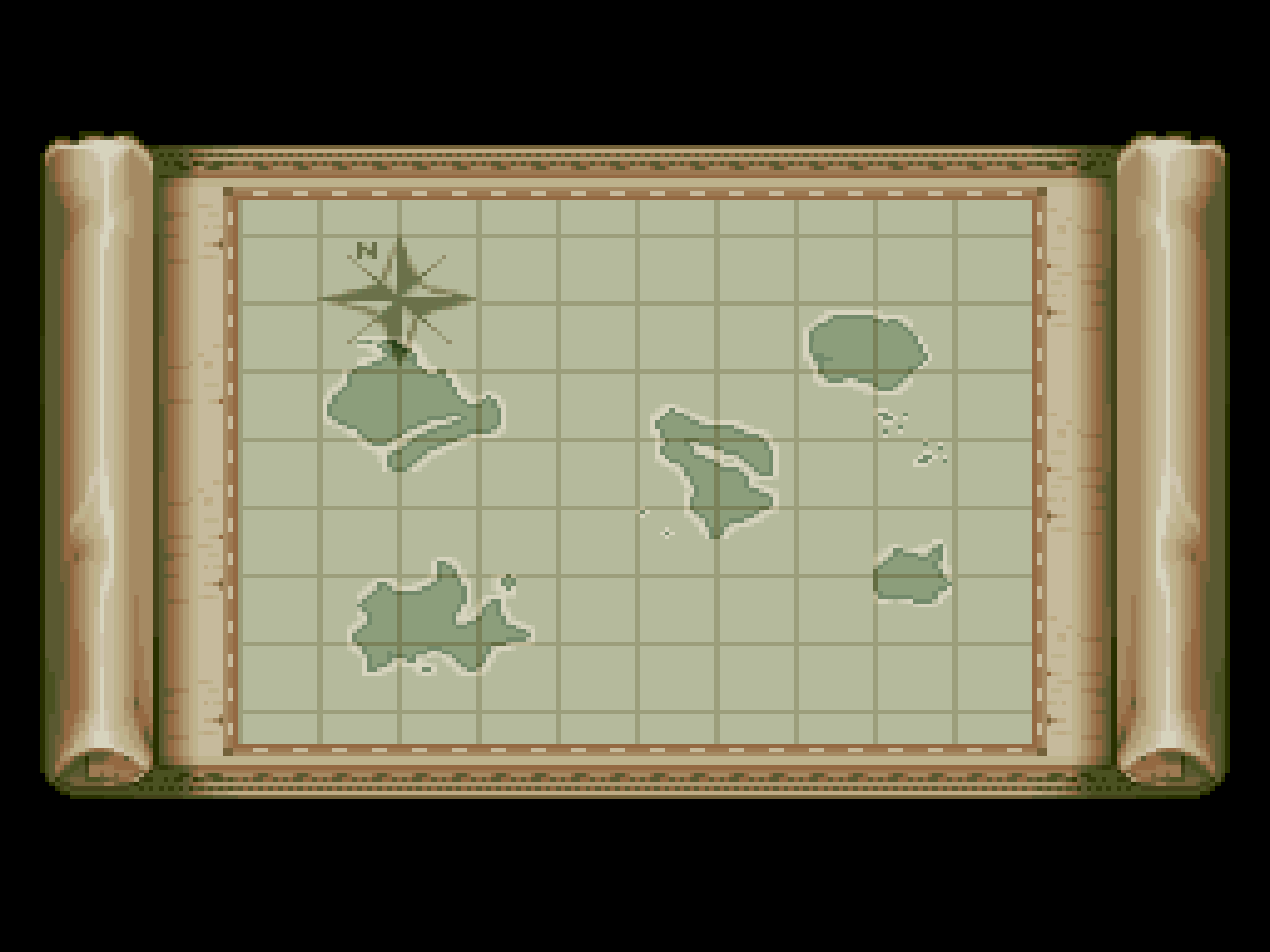 ...as the landmasses fade in and out to different spots!

Is that a magic map of sorts?

The map settles into our version of Earth! 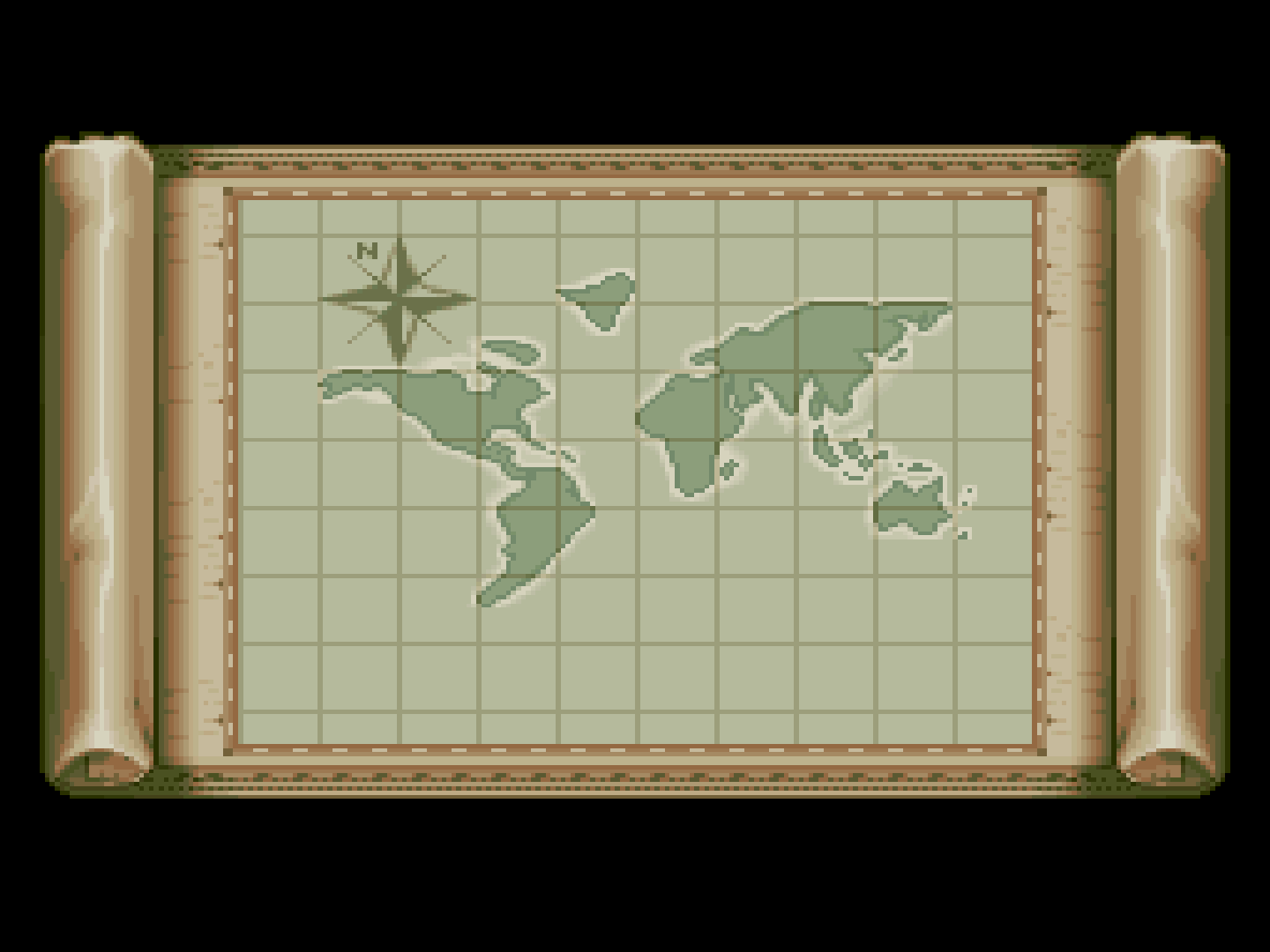 Will: "Somehow the land has taken on a strange shape."
Olman: "That's the new world."
Kara: "New world?"
Olman: "The path of evolution, changed by the comet, has continued until now. The Earth, too, has a life. It, too, has evolved and changed shape. Now that the comet has no influence on the world, it's returned to its original condition."

Will asks his parents one question. 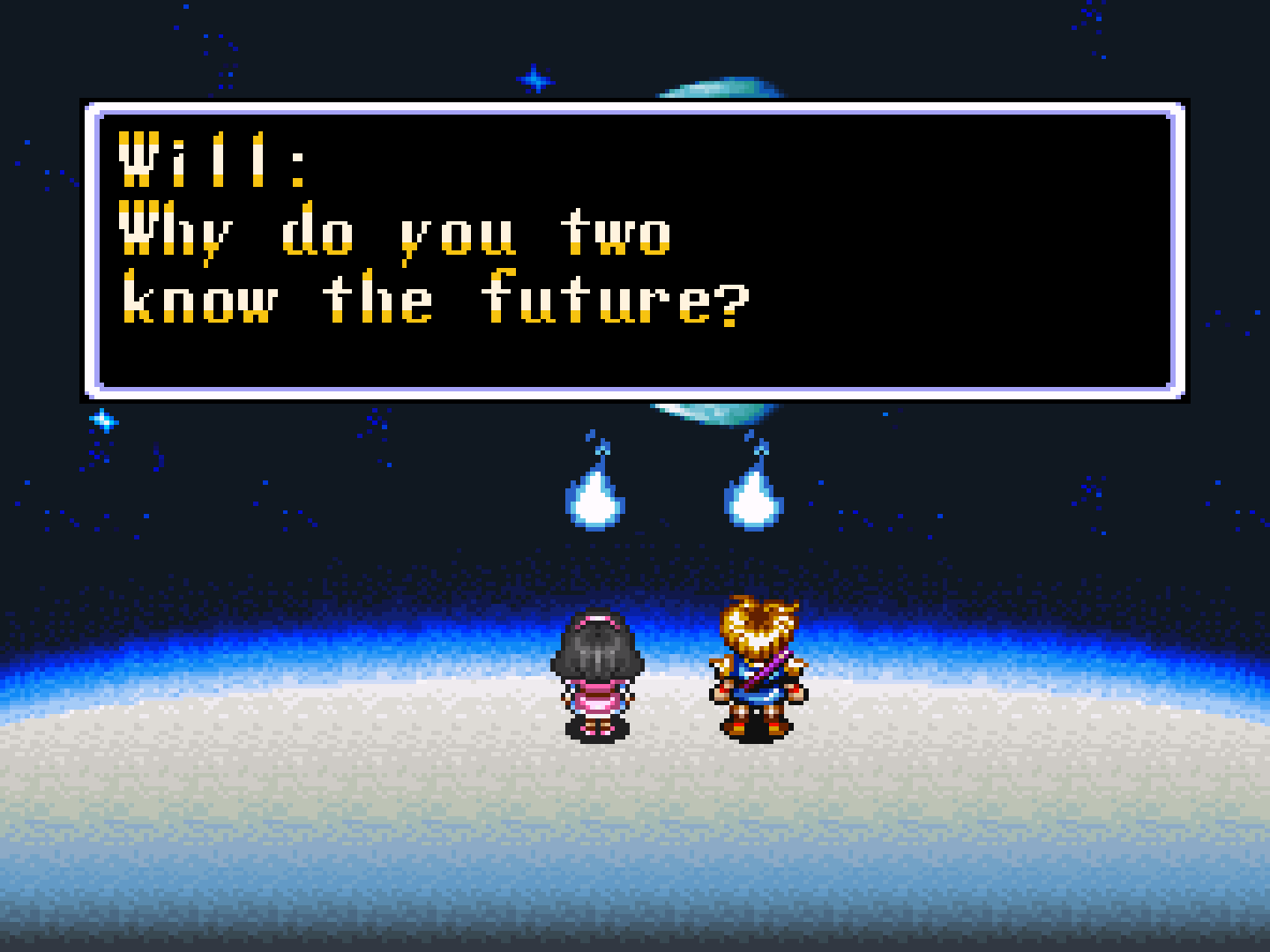 Olman: "When I lost my body, I started seeing everything. The past. The future. Humanity's progress. Maybe people would call this kind of body a spirit."
Shira: "Now you and Kara can become ordinary children again. Don't be afraid." 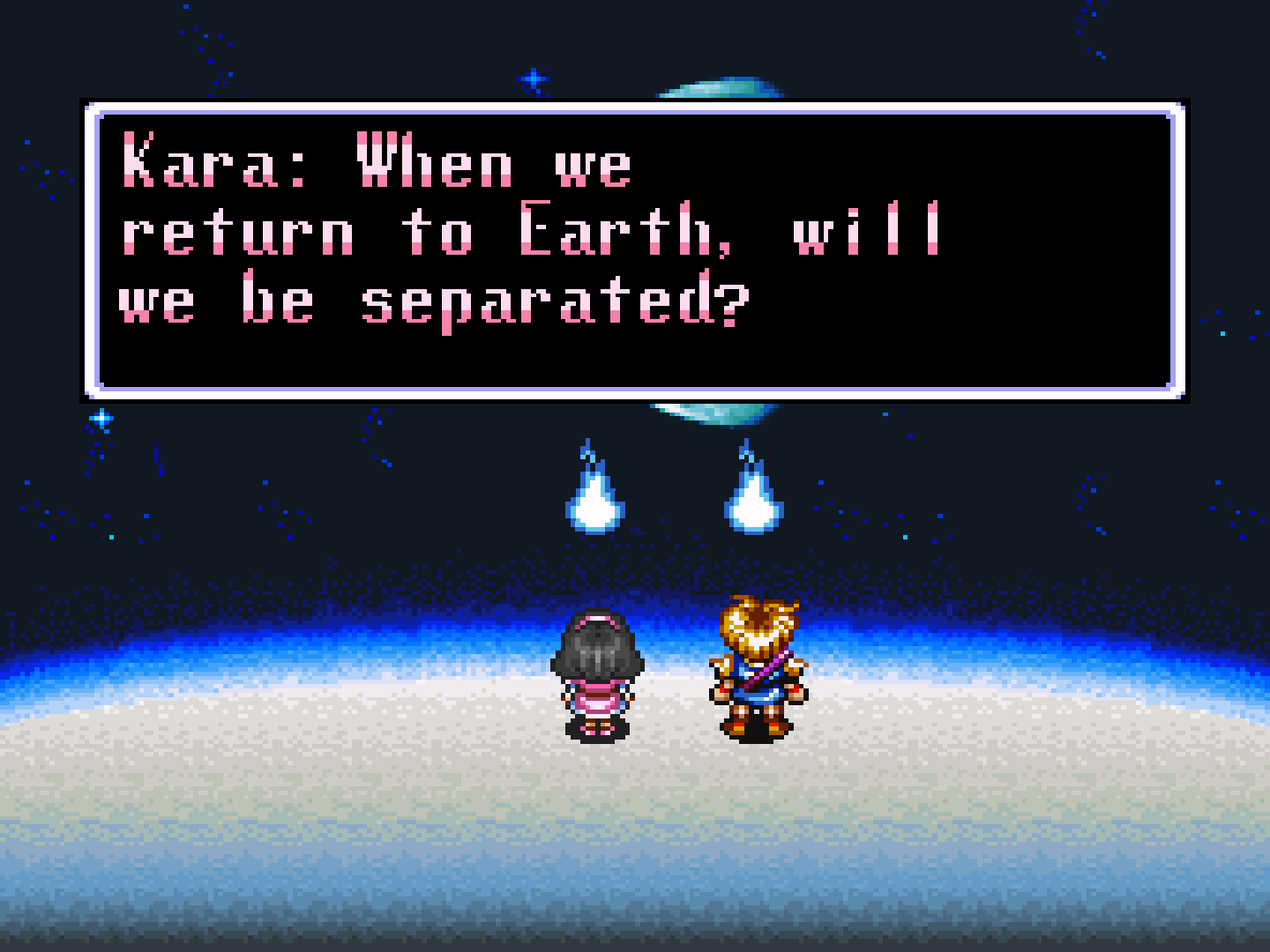 Olman: "Yes...the world is changing. Humanity and history, have started down a new path. You two thought nothing of it when you met each other in South Cape. But when the Earth needed the Light and Dark Knights, you met again unexpectedly. Let's look at the world before the power of the comet is extinguished."

Will's mother delivers her parting words to the two... 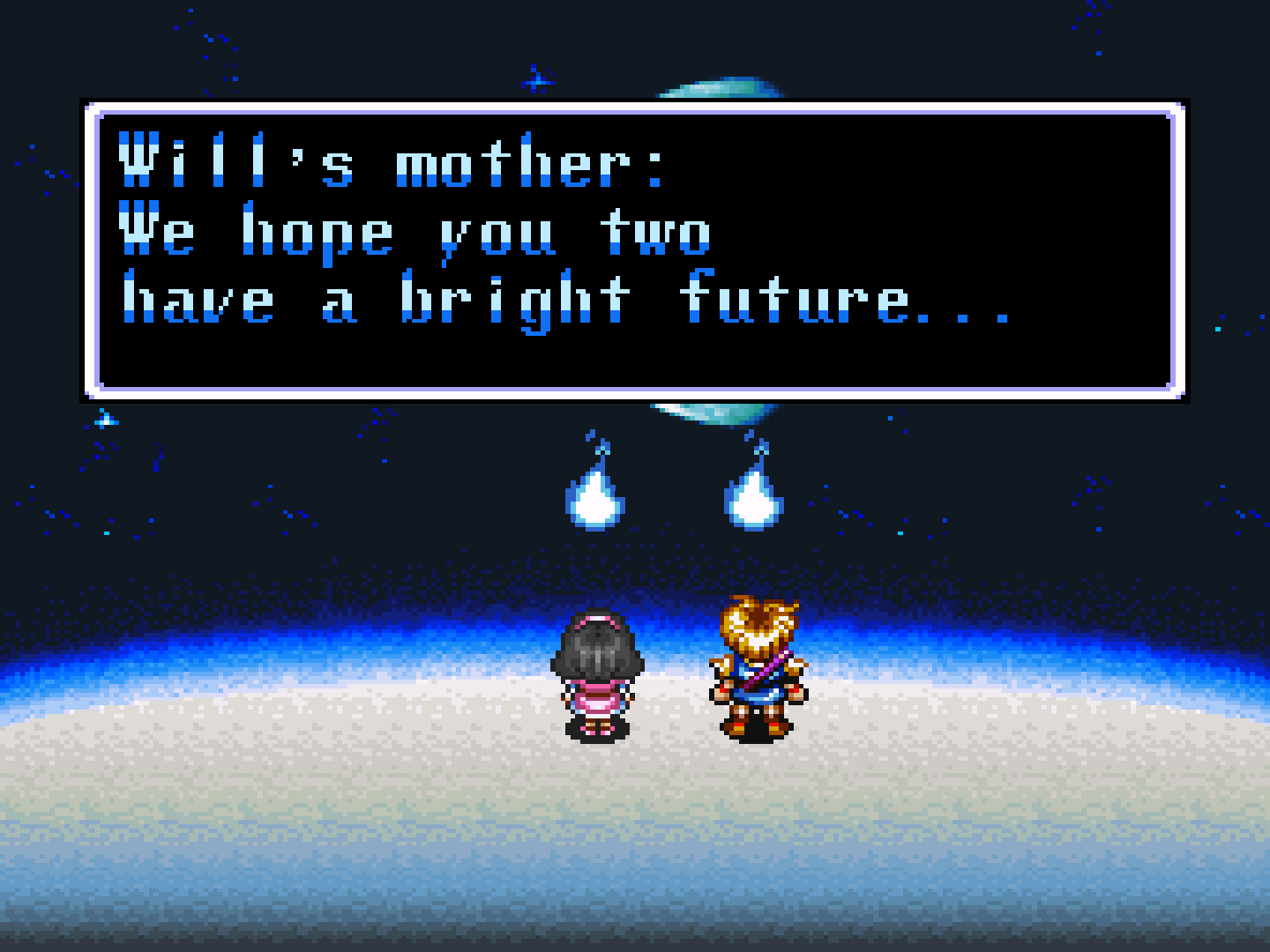 The souls leave Will and Kara...

Kara asks Will to show his face, his hair, nose, mouth, everything, to her so she won't forget him...

Will comes closer, his eyes shut. 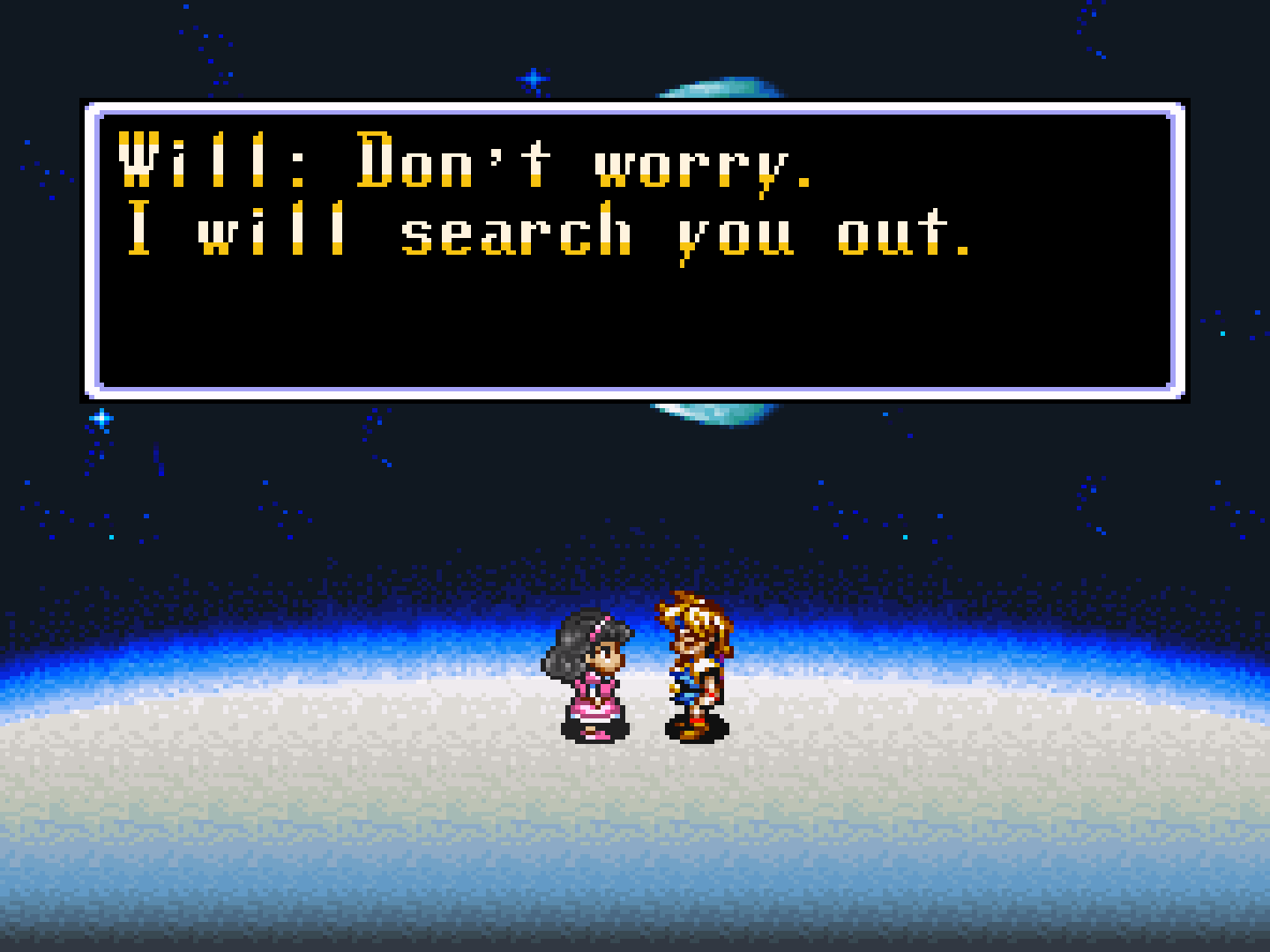 Will: "No matter how long it takes. Hundreds of years...thousand of years...I will come to you." 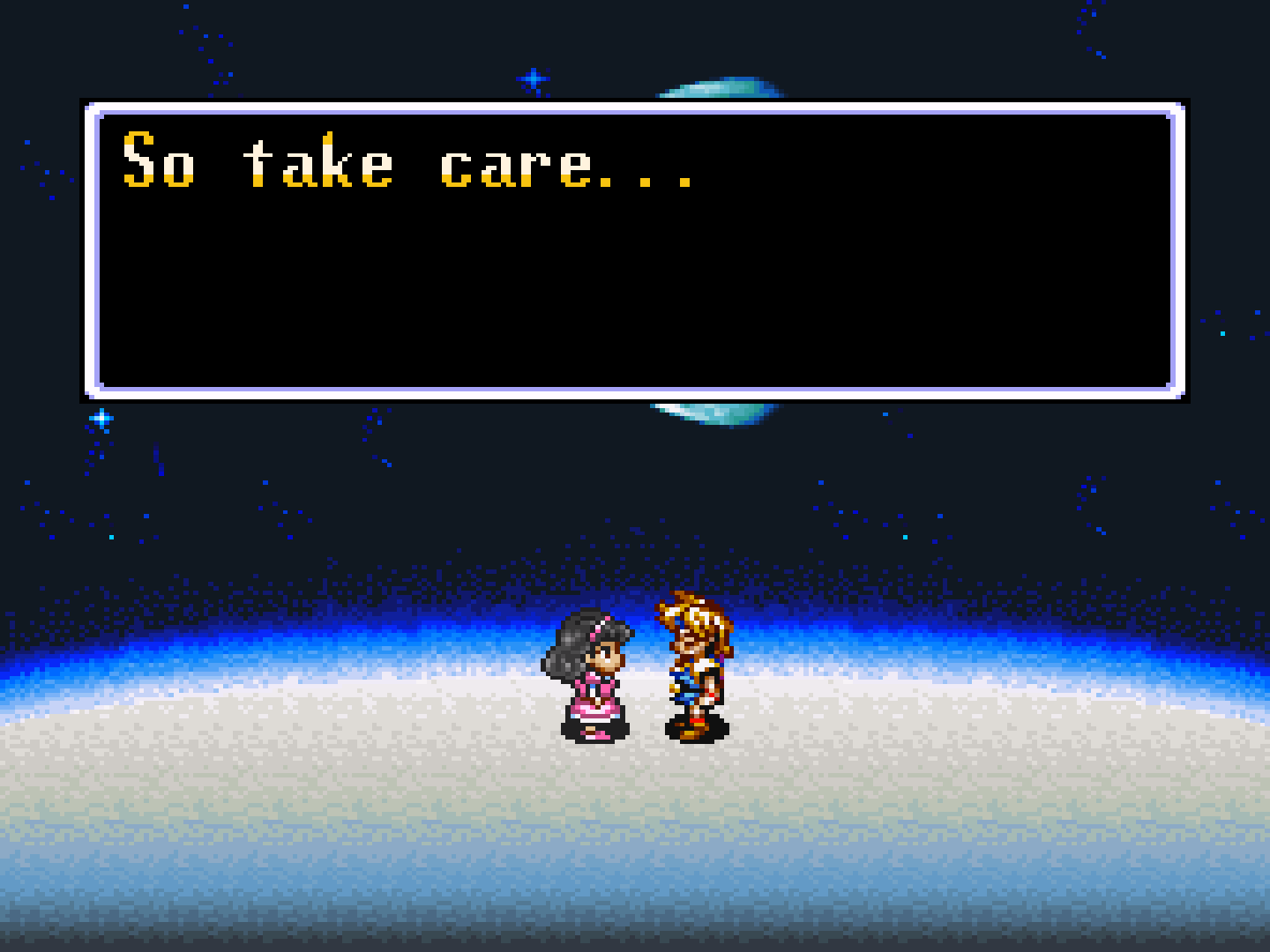 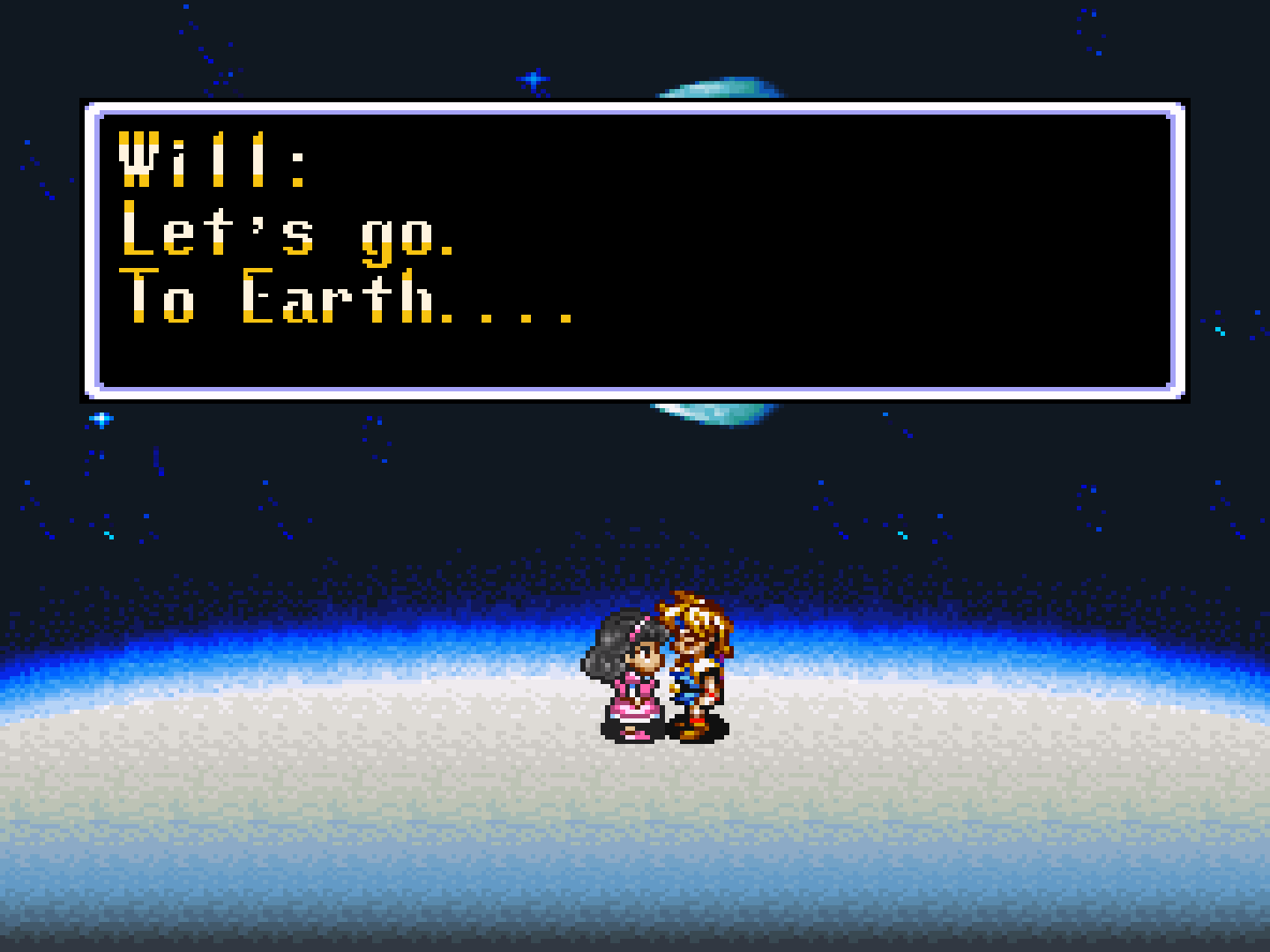 I'm going to miss these two...

Will turns into Shadow and descends down to the Earth... 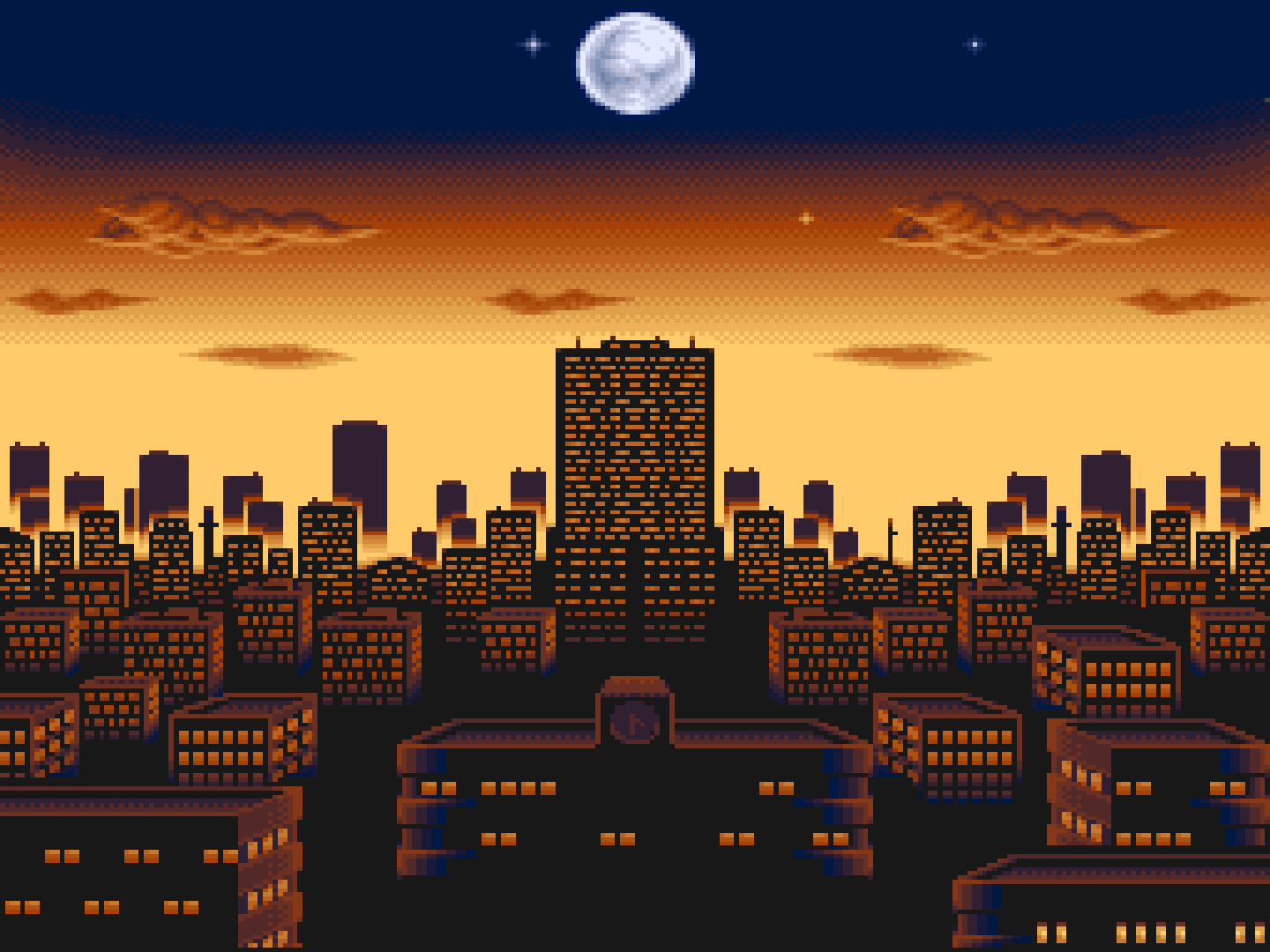 Will: "The Earth's look had changed, but, glowing in the sky, it was as beautiful as ever. Buildings replaced the forests, rivers became roads, but the villages held only smiling faces. But the Earth was the only one that looked sad." 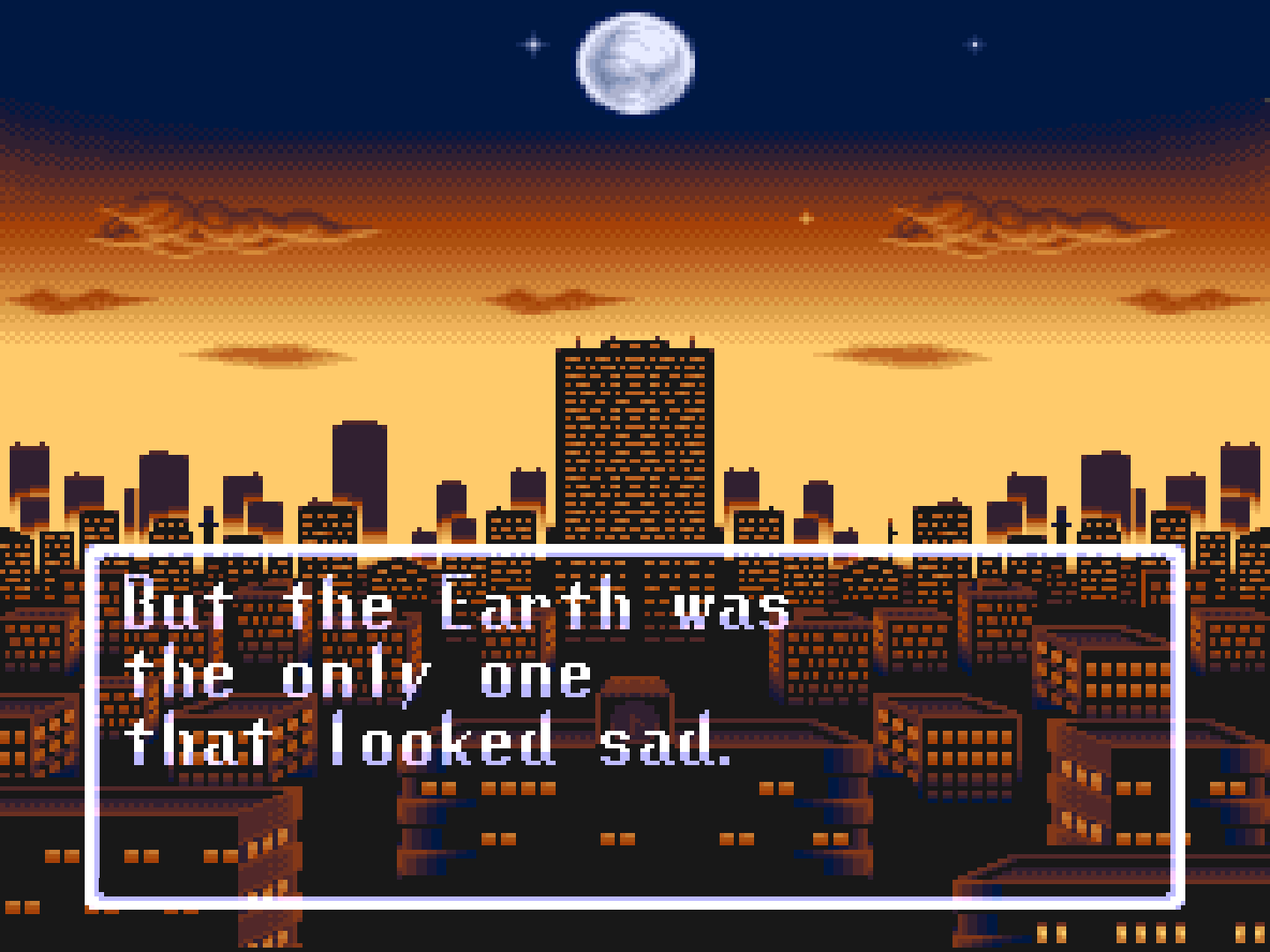 Will: "Tomorrow morning, Kara and I will start our new lives." 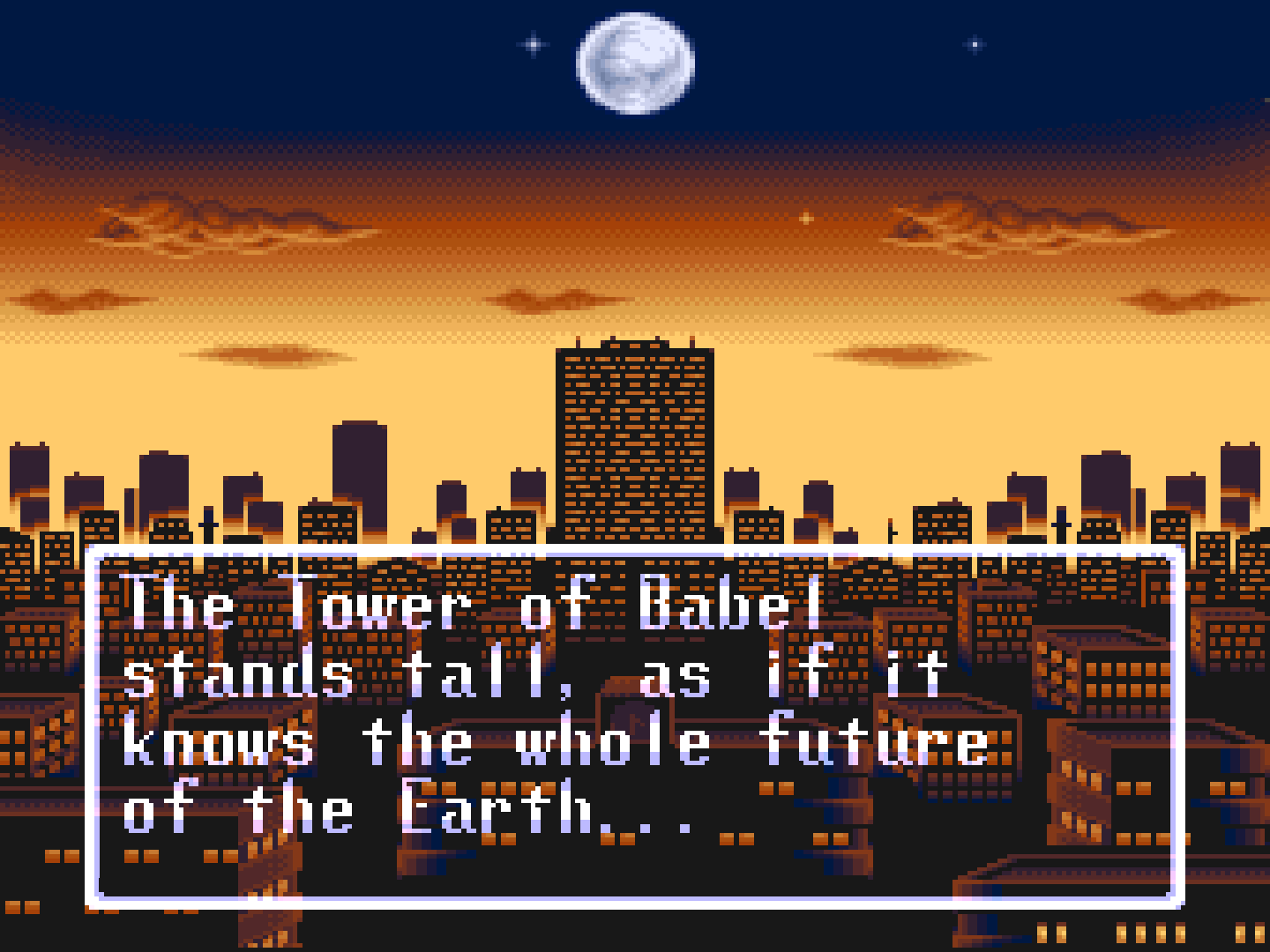