We return to the hieroglyph room, where another surprise awaits us! 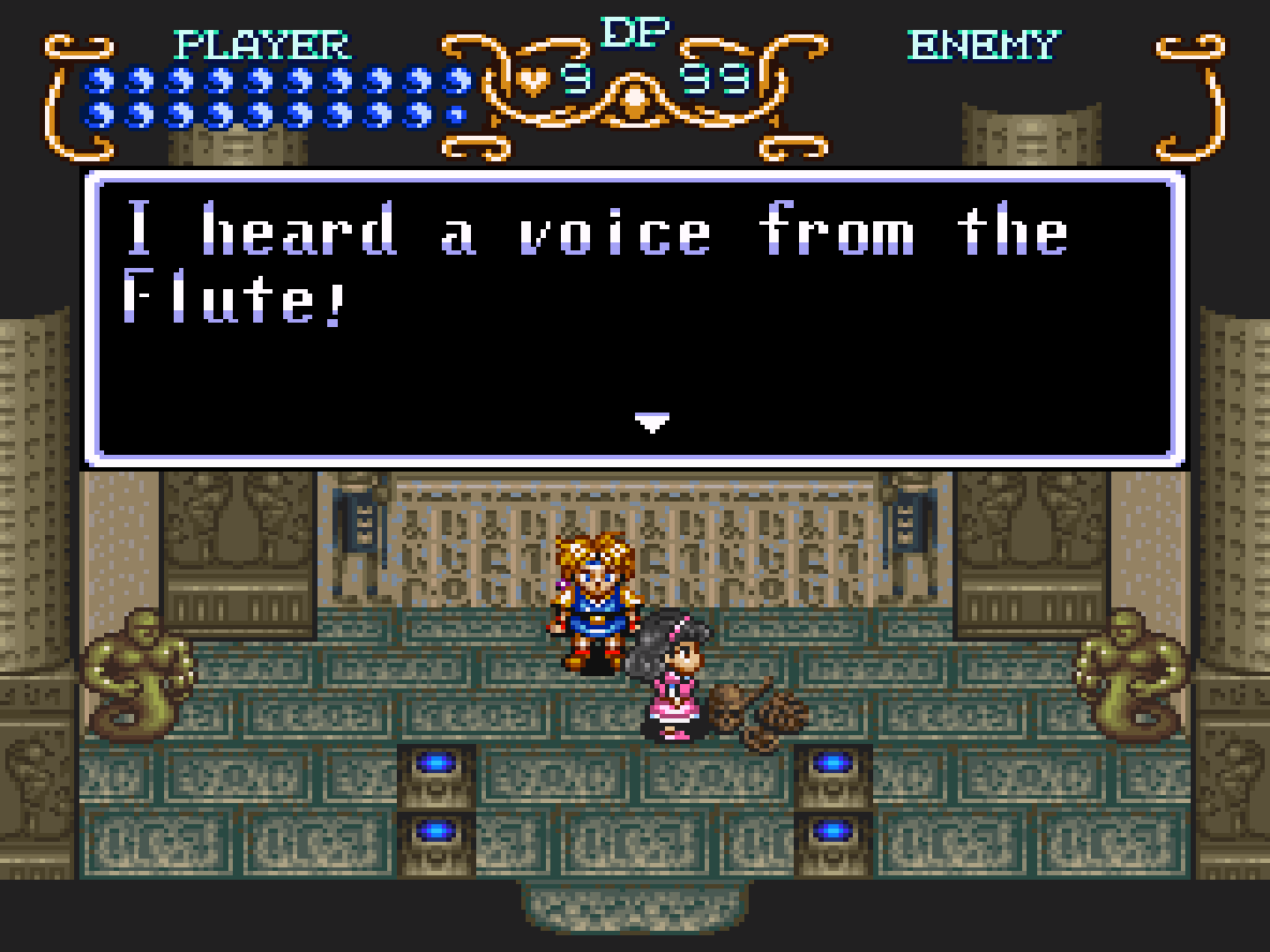 It's Olman again! Or is it? 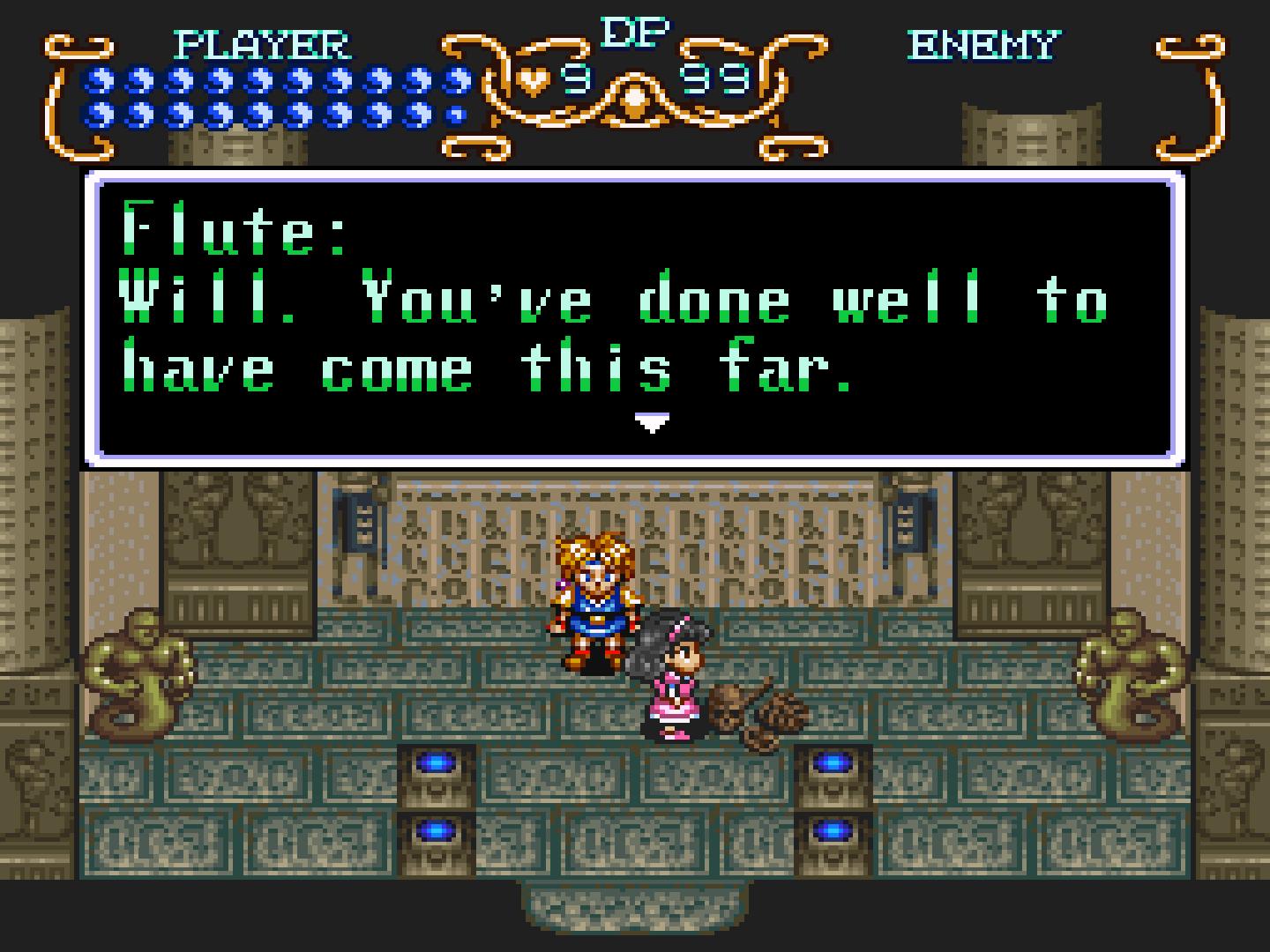 Will asks if that's his father talking.

Flute: "I'm at the tower now. Bring the five Mystic Statues to the tower. The statues you've collected hold the key to the fate of humanity. Will...Hurry...The comet is approaching..." 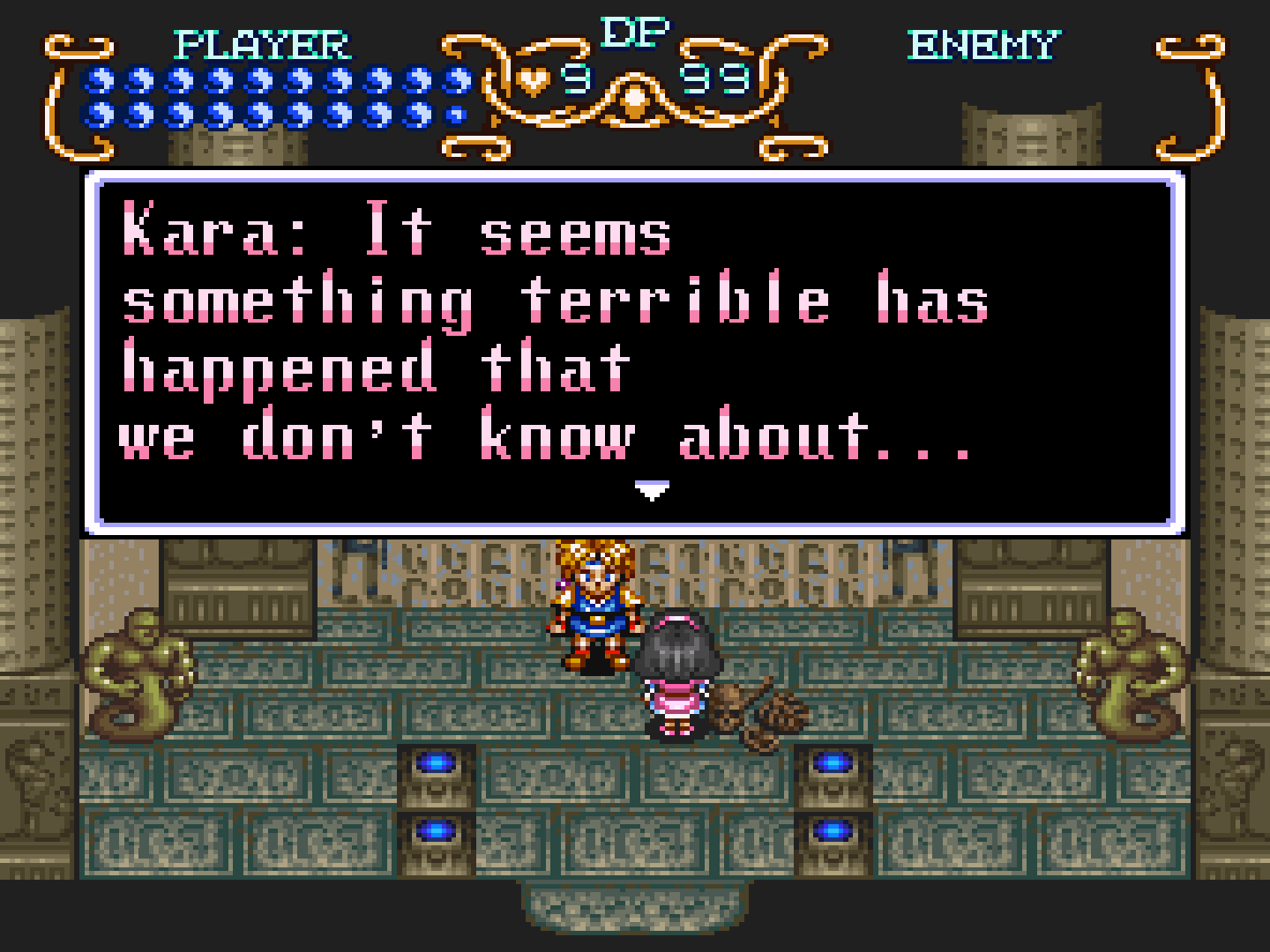 We're back at the Desert Village, at the house where Neil's staying.

I save before talking to Neil.

Neil's not too comfortable about Will going to the tower. 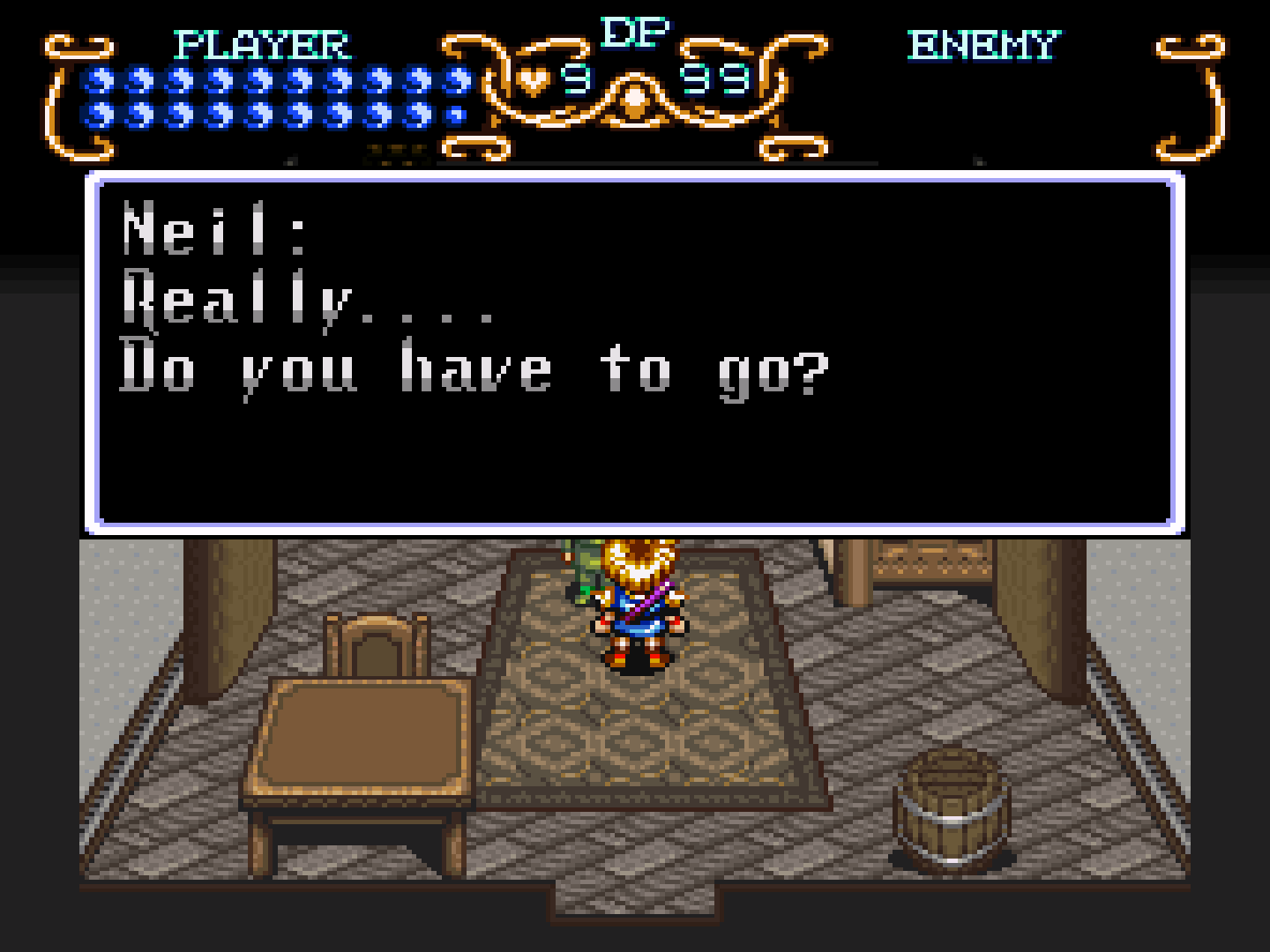 But Neil doesn't stop Will, since he knows Will's determined to see his father.

Neil: "OK. I'll take Will to the Tower of Babel, then take Kara and Erik to South Cape." 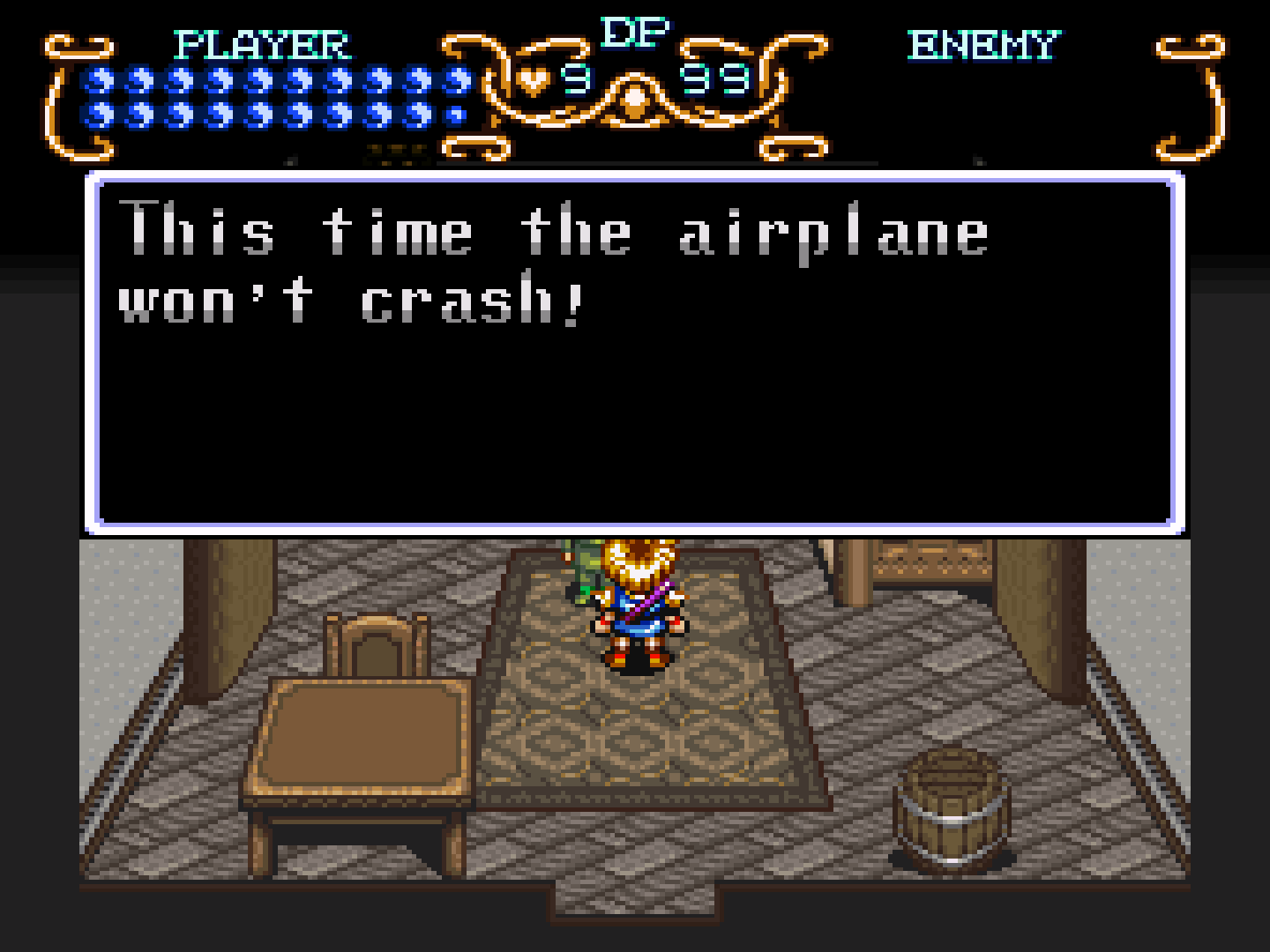 I'll take your word for that, Neil.

Before I forget again, here's the map for the Pyramid, one of the longest dungeons in this game ever. The entrance is on the southeast screenshot.