As soon as we enter the hieroglyph room, a voice calls to us! 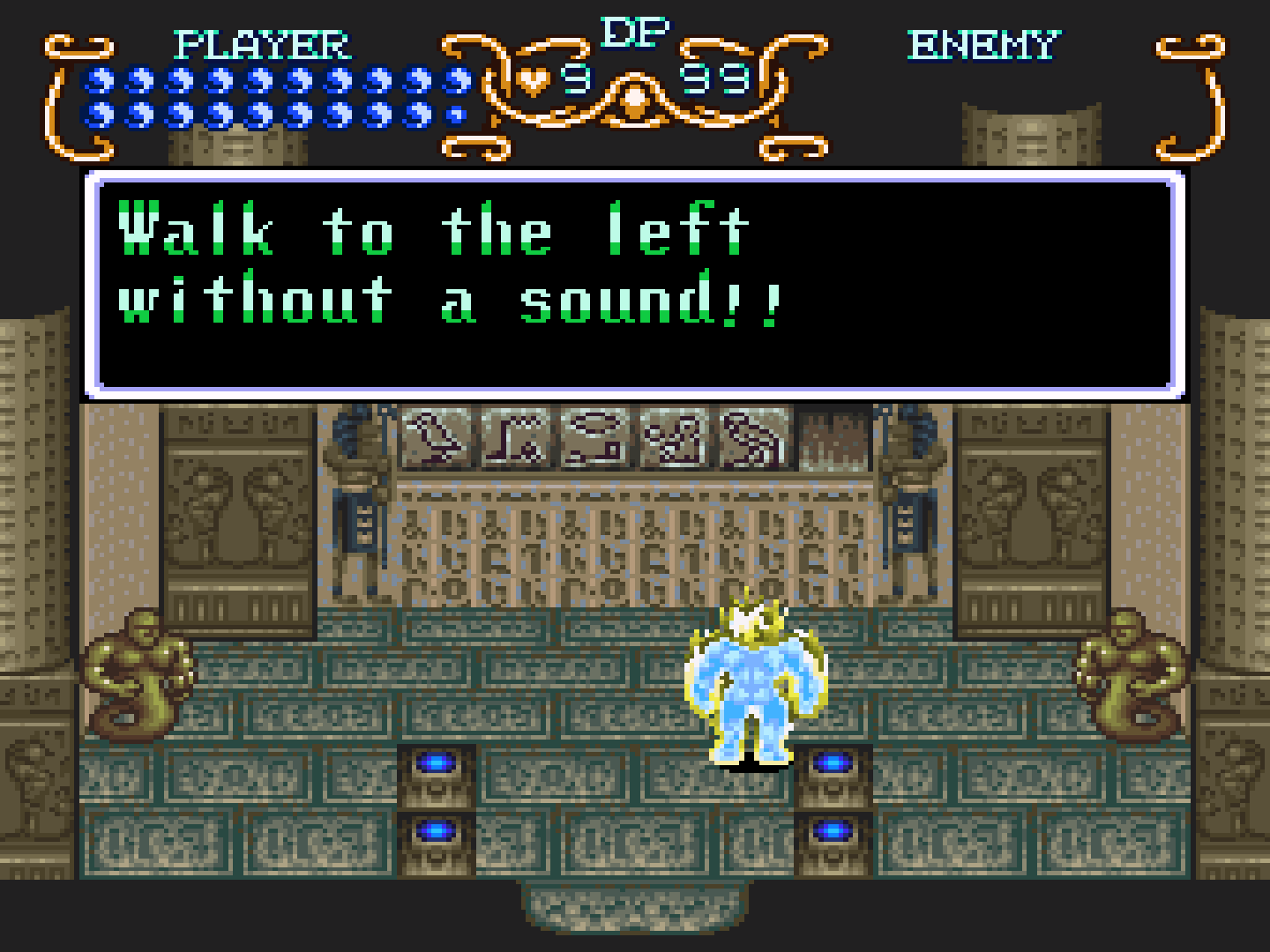 We do as we're told, though I almost stray a bit, as the voice commands us to go left! 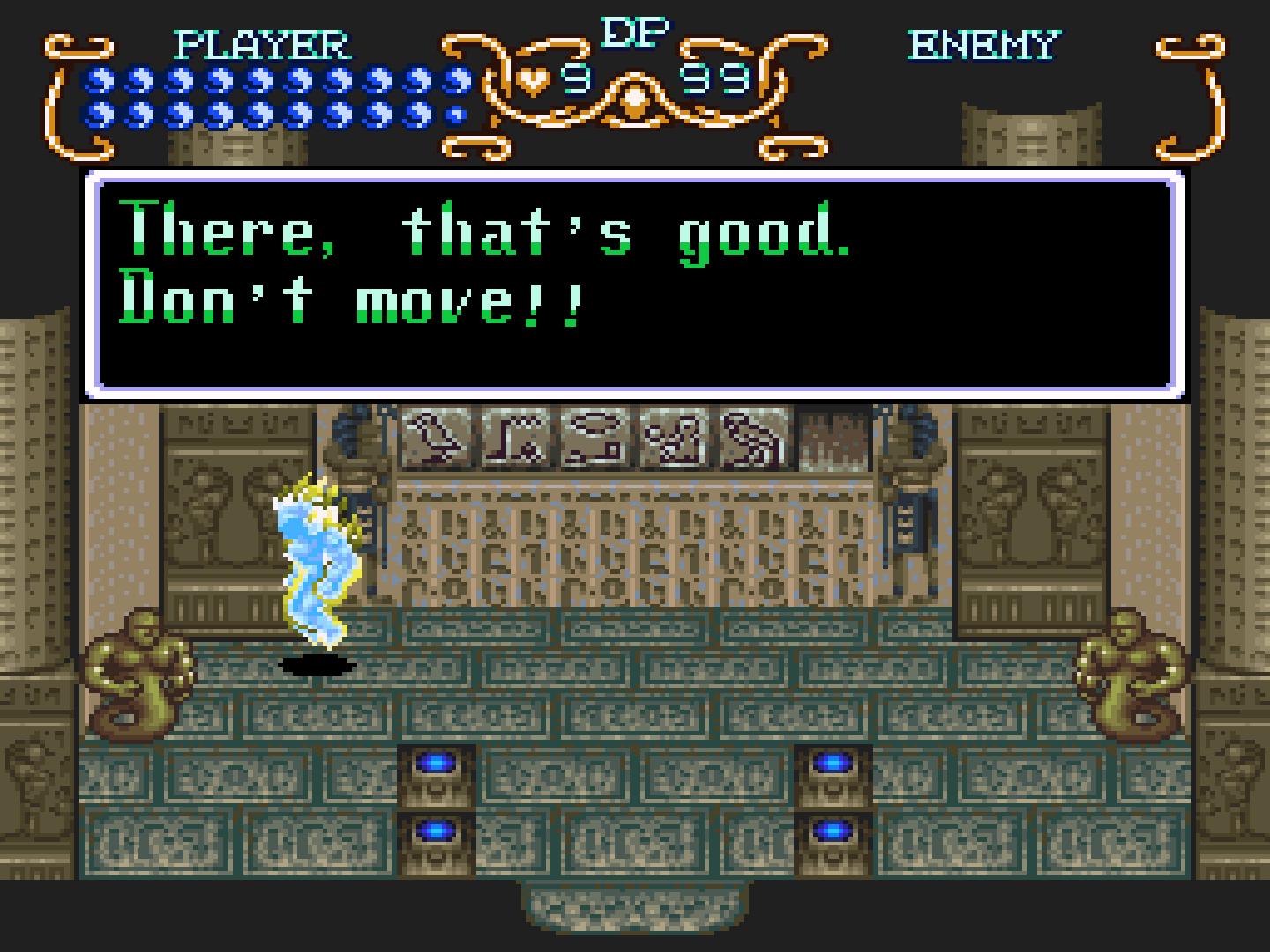 What the heck!? Kara!? And I'm guessing the person holding her hostage is the Jackal!! 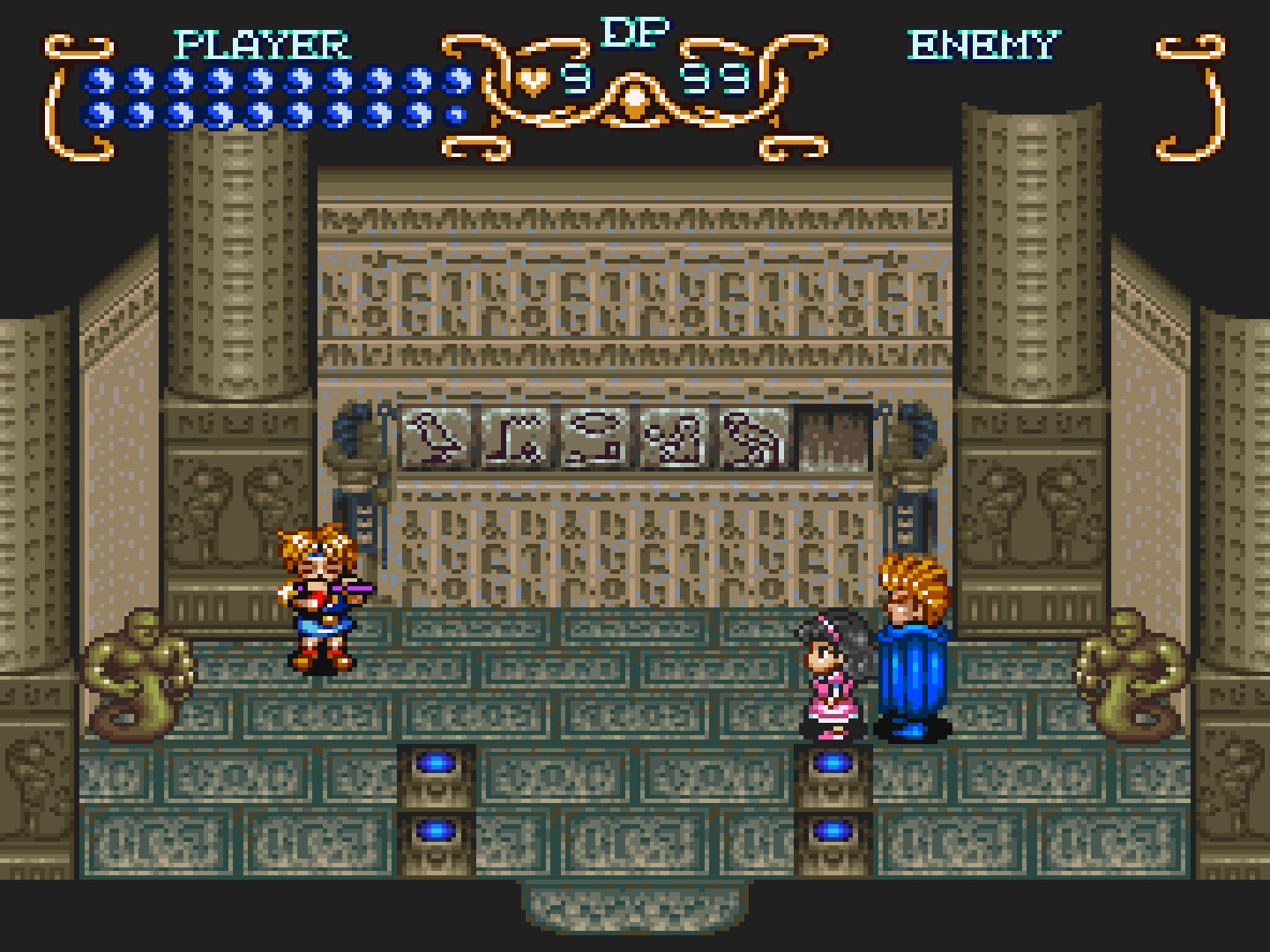 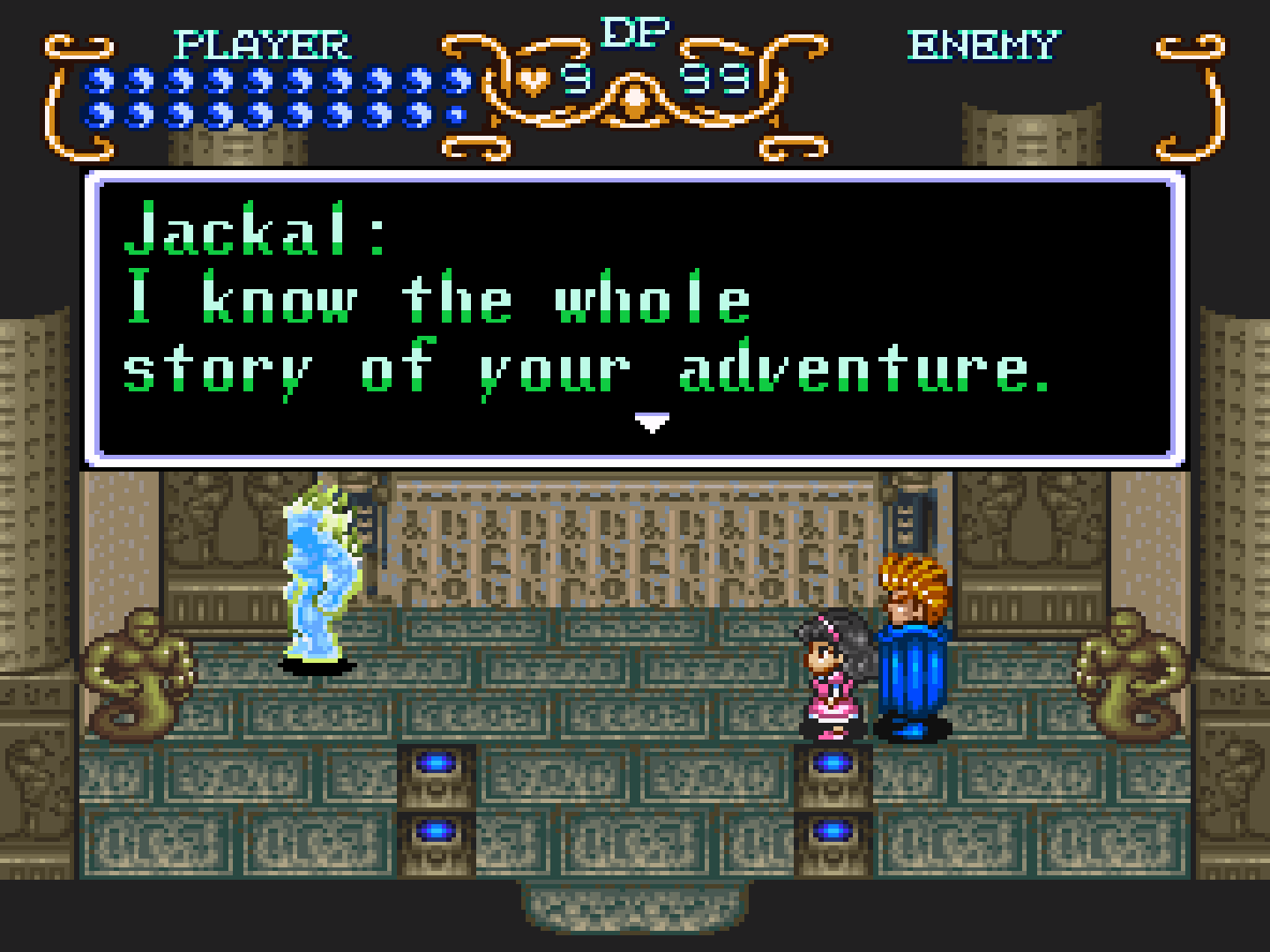 Jackal: "I heard about an ancient bio-technology using the comet's light. I didn't know it was you."

Wait, hold on, what? 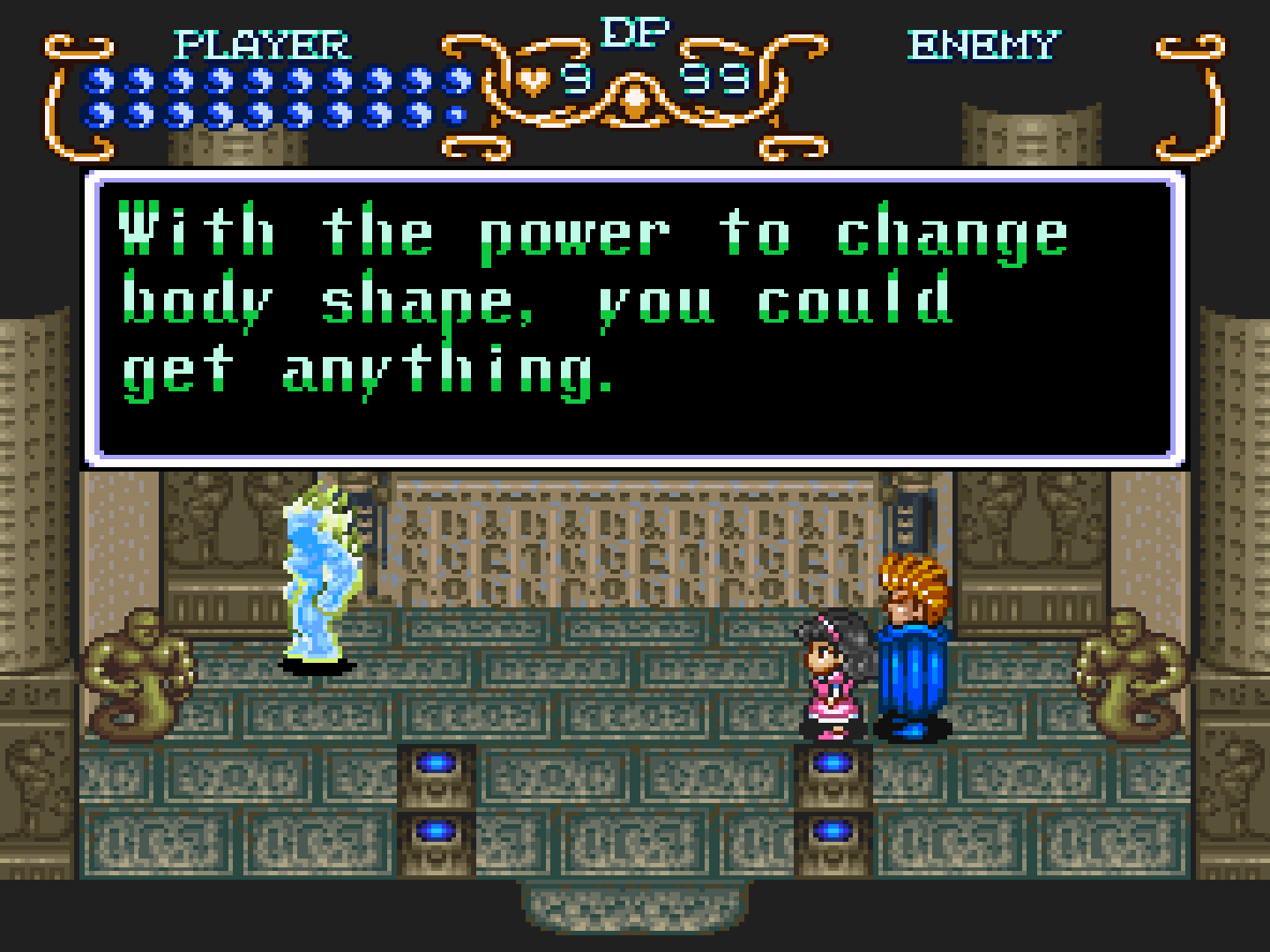 Jackal: "People would bow at your feet. It's only natural that King Edward would trick you into this..."

Wait, so King Edward was...

Jackal: "Yes! After all, that's the way kings are. He would do anything to get the power. He might be more evil than a mercenary like me. Heh heh."

The Jackal doesn't care about what happens next. He commands us to go back with him to Edward Castle.

Now the next moments are going to be surprising...I just know it. 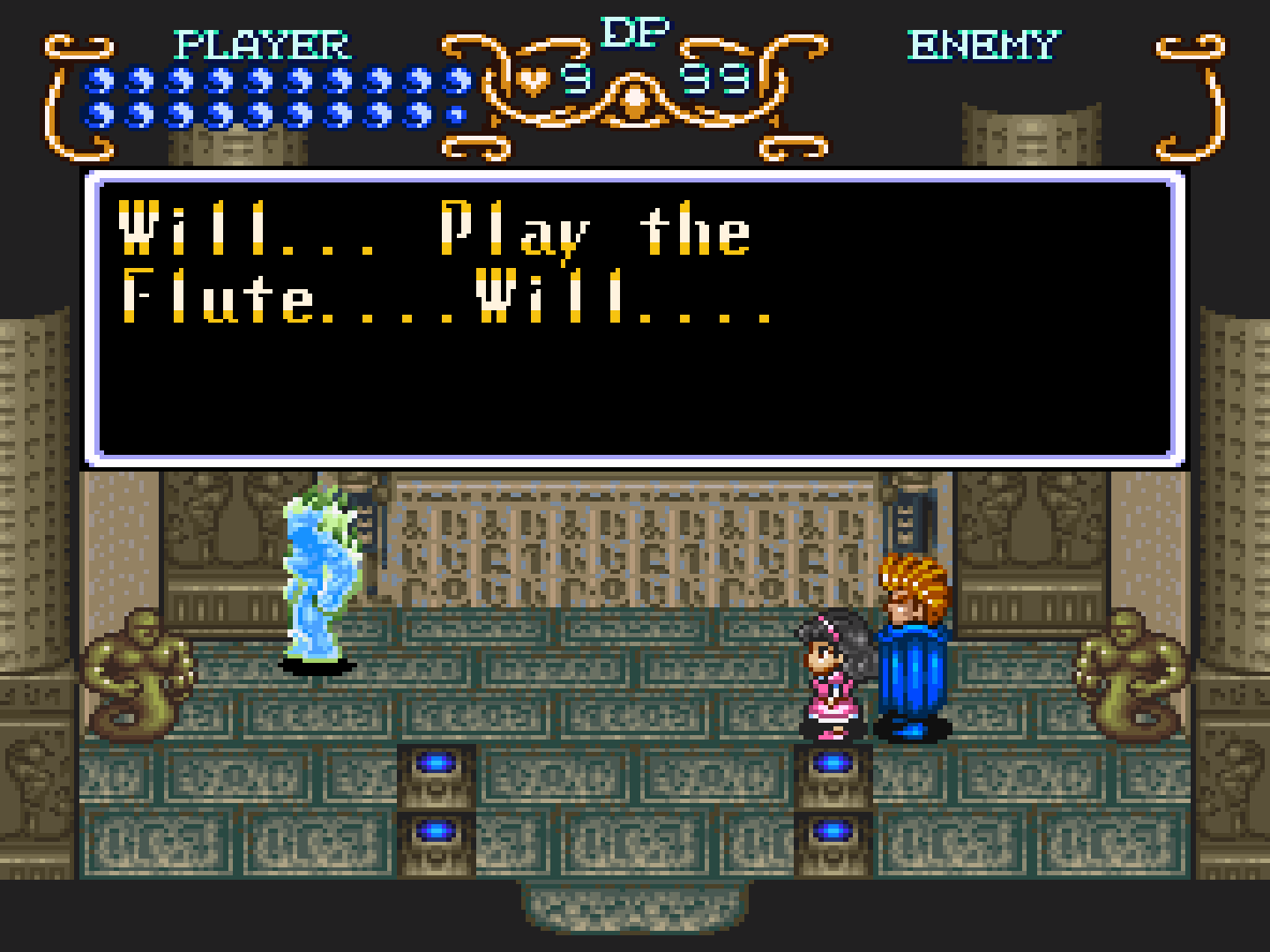 Will transforms back, and I have him play his Grandma's Melody.

This moment is giving me the chills...

As Will finishes the last note, the trap is activated! 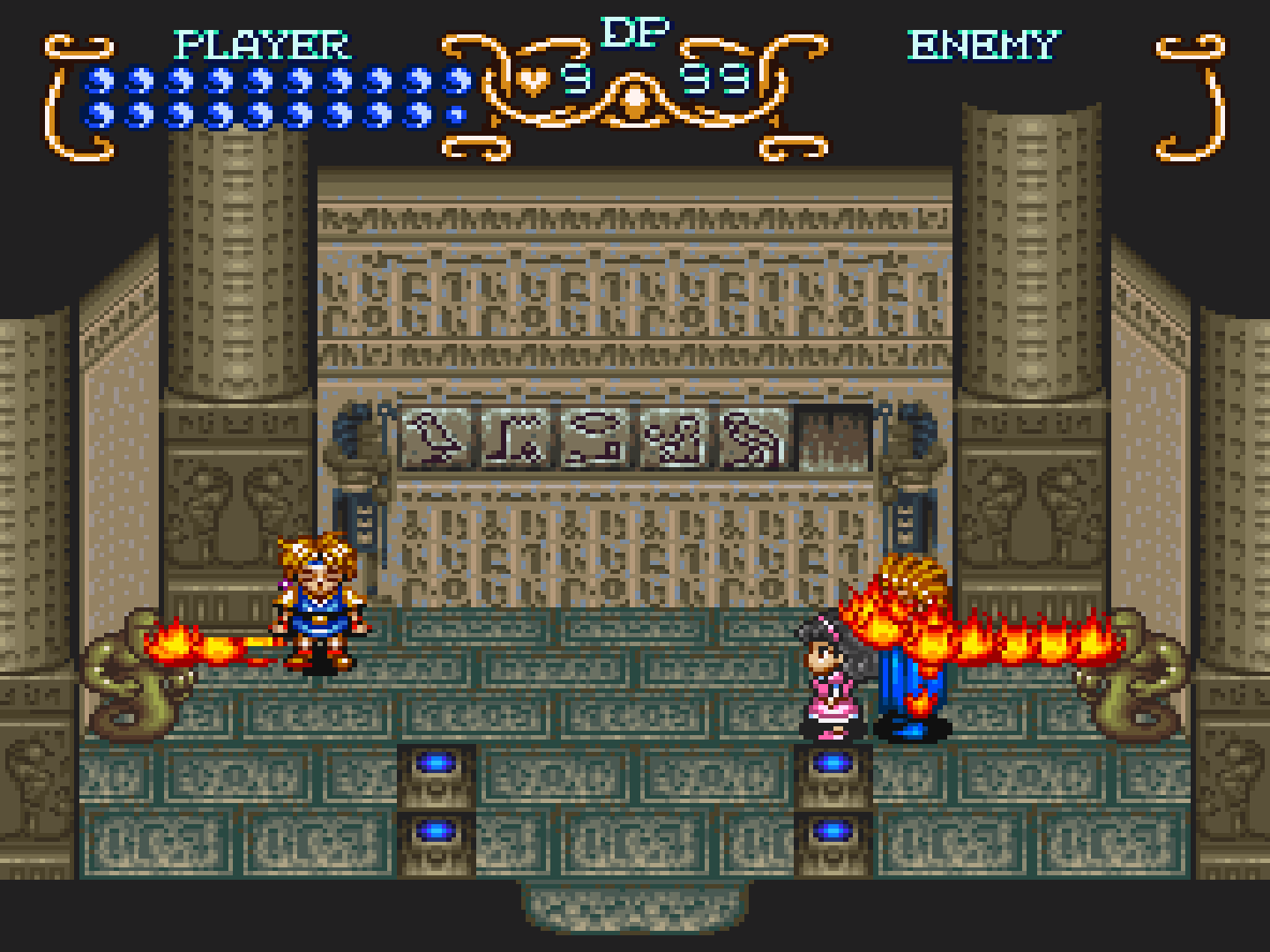 But as he burns, his flaming corpse crawls to Kara, trying to take her with him!

His hand shakes violently, trying to reach Kara...oh my god...this is one determined merc!

Kara moves close to Will.

She reels back from Will, going near the immolated corpse of the Jackal! She apologizes for being "upset."

Kara: "You are doing your best to save the world. At first I just wanted to find my father...But somehow it got to be a trial...But me. I don't regret coming on this journey...Let's go and find the fifth Mystic Statue..."

I talk to Kara again, still staring at the remains.

Kara: "The melody you played became the Jackal's dirge."

I'm guessing Olman might have helped save Kara and Will's life back there. Or was it Will himself, or did his Grandma save him?

Oh my god, what a session!