Now that there's no more business to do anymore in Dao, let's go to the Pyramid! 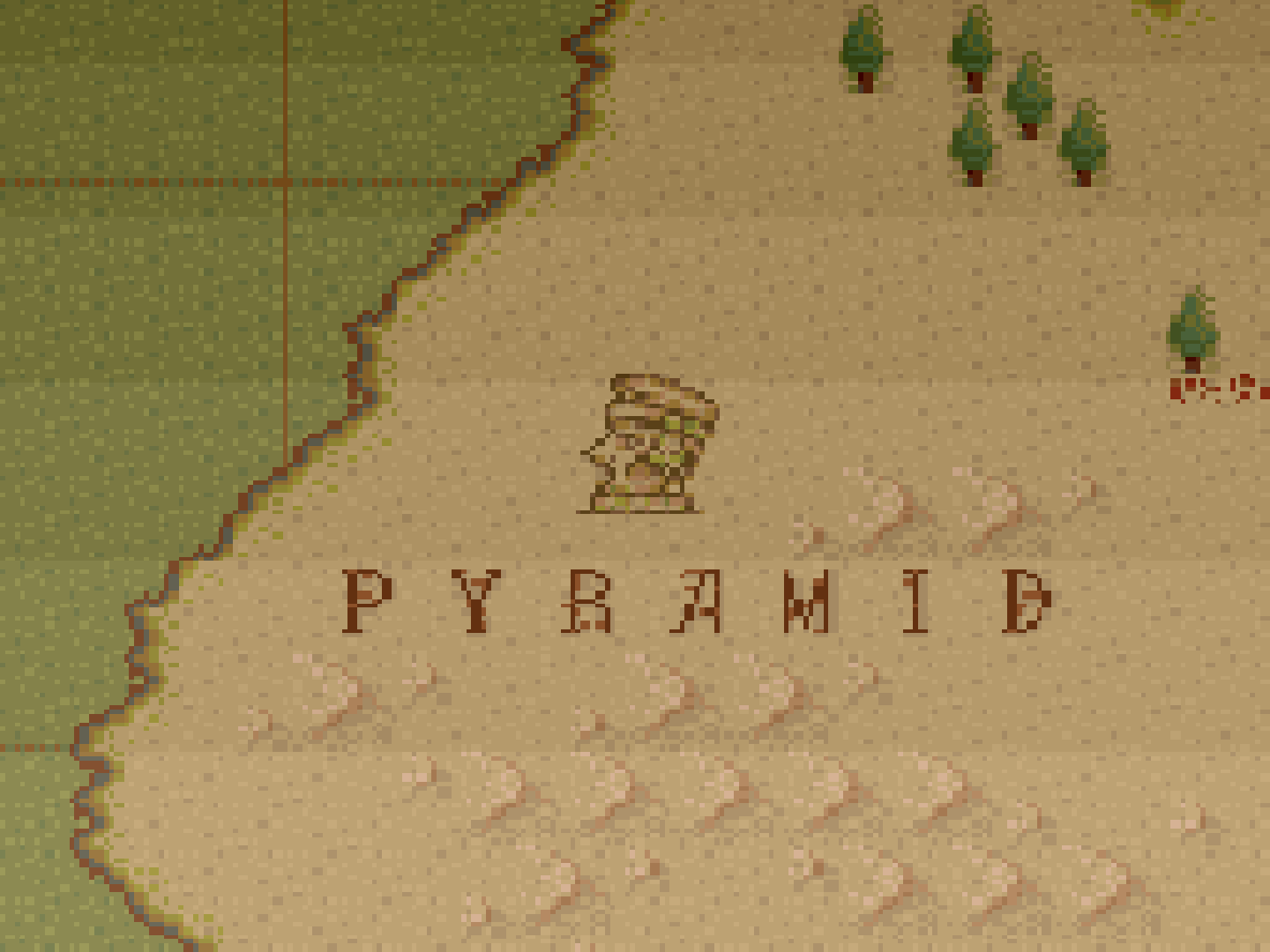 Inside the Pyramid, the entrance is similar to the Underwater Palace. 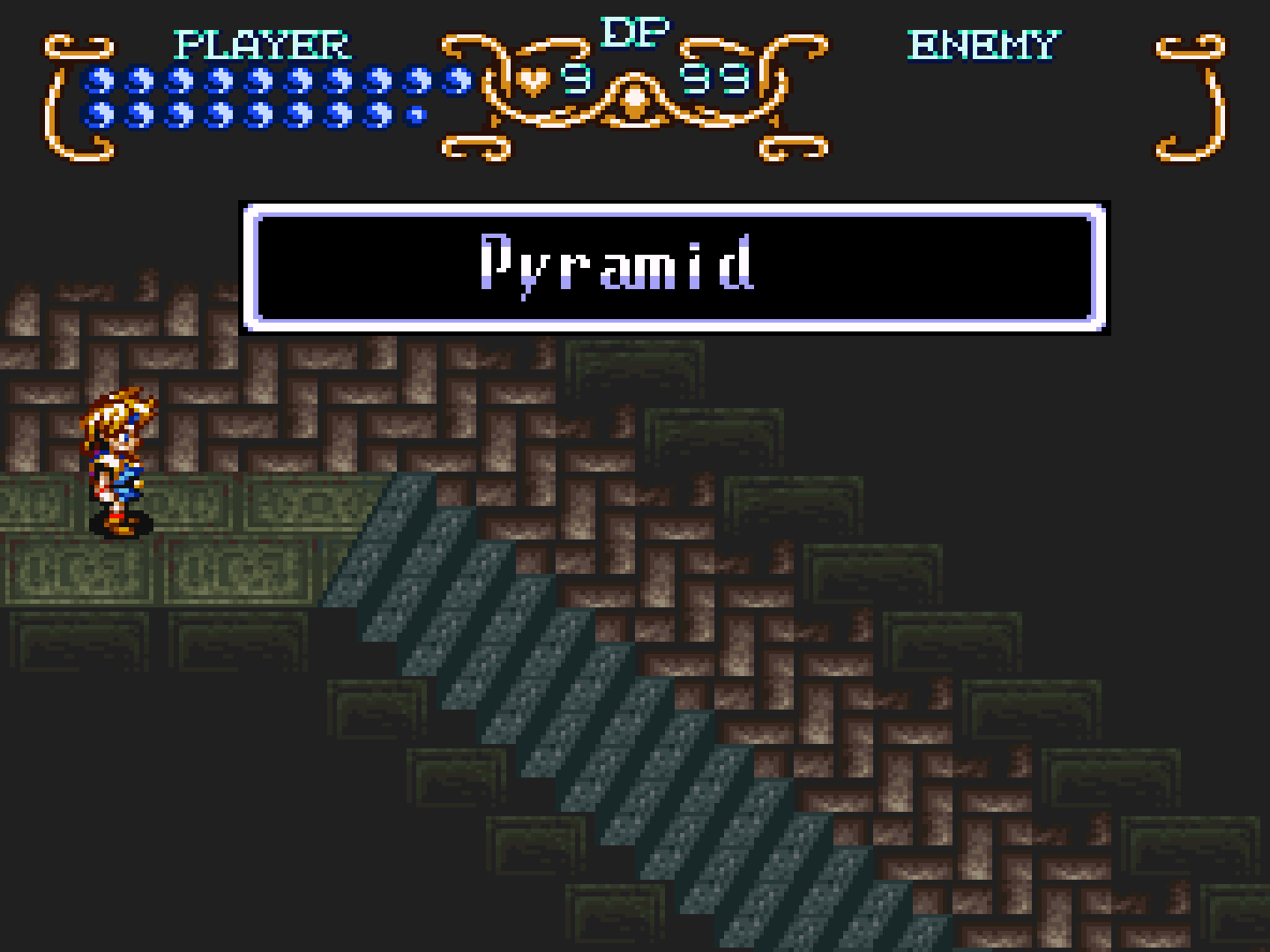 They're security orbs that shoot lasers at Will! 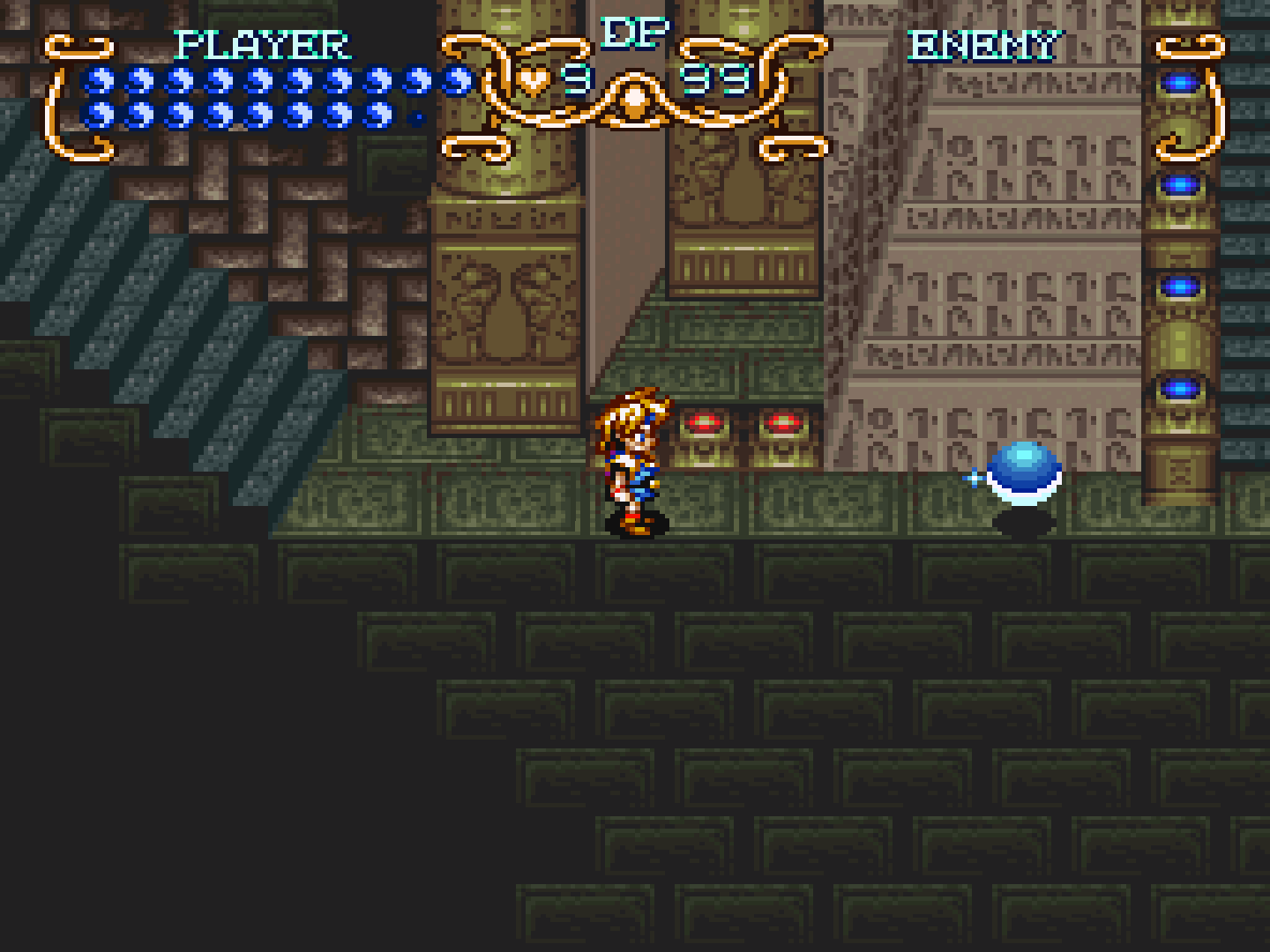 We win a defense boost, and a path to the Dark Space gate opens! 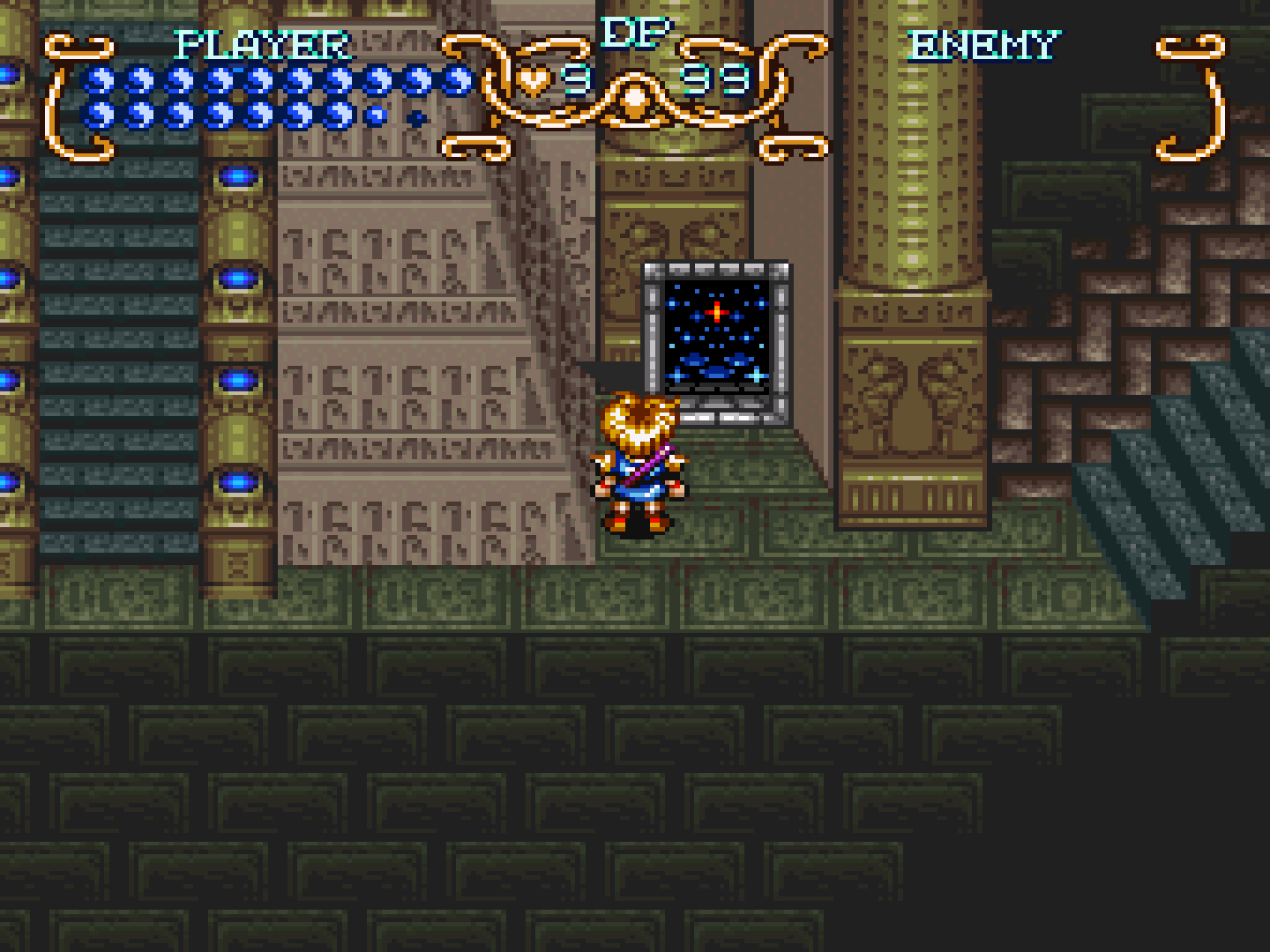 Well, there's a new face to the right of Gaia! 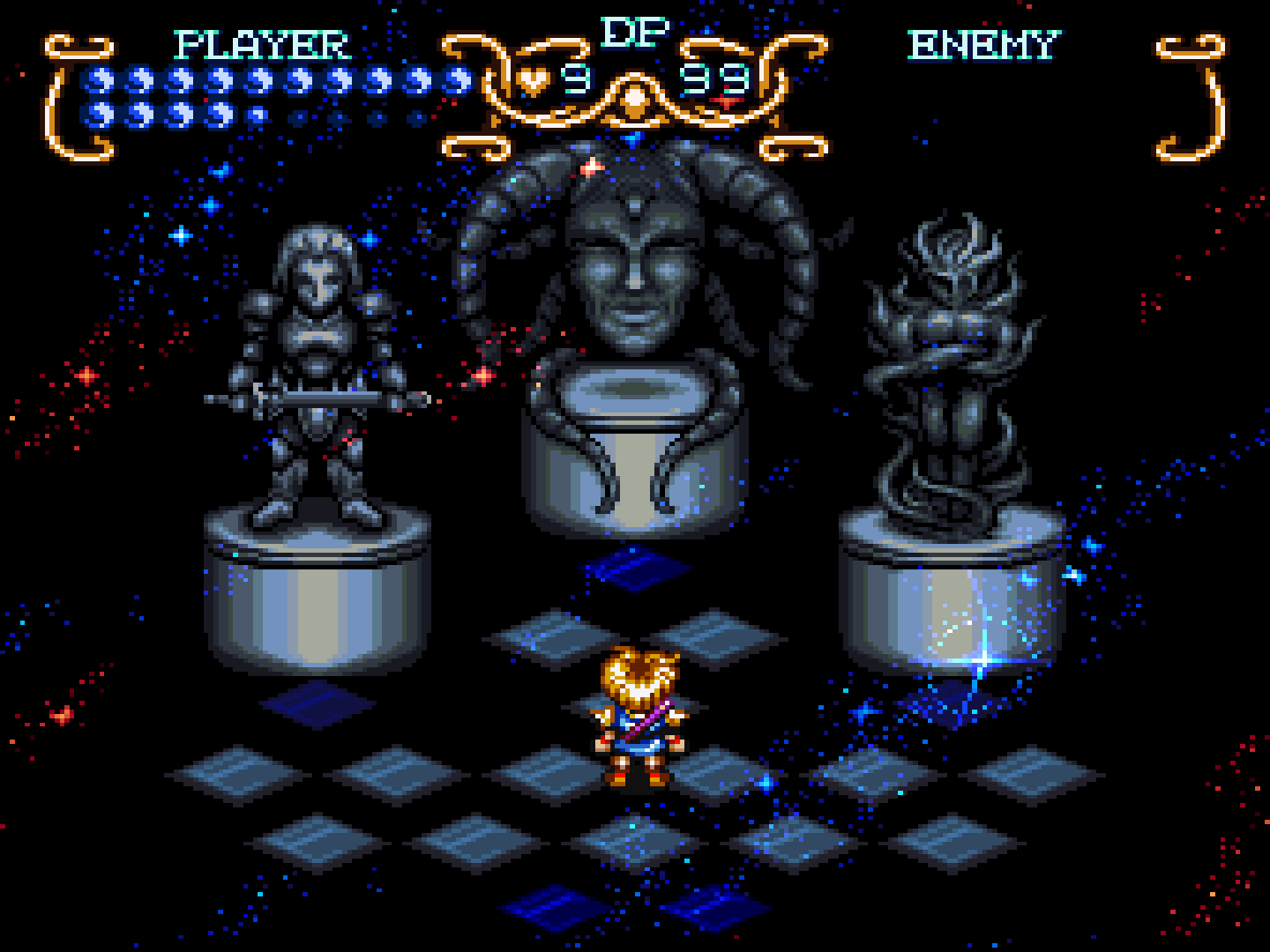 Gaia: "The Dark Power has become strong in the temple at Angkor Wat. If you stand before the right-hand statue, you can change into Shadow, the ultimate warrior. Then I think I will grant you one item." 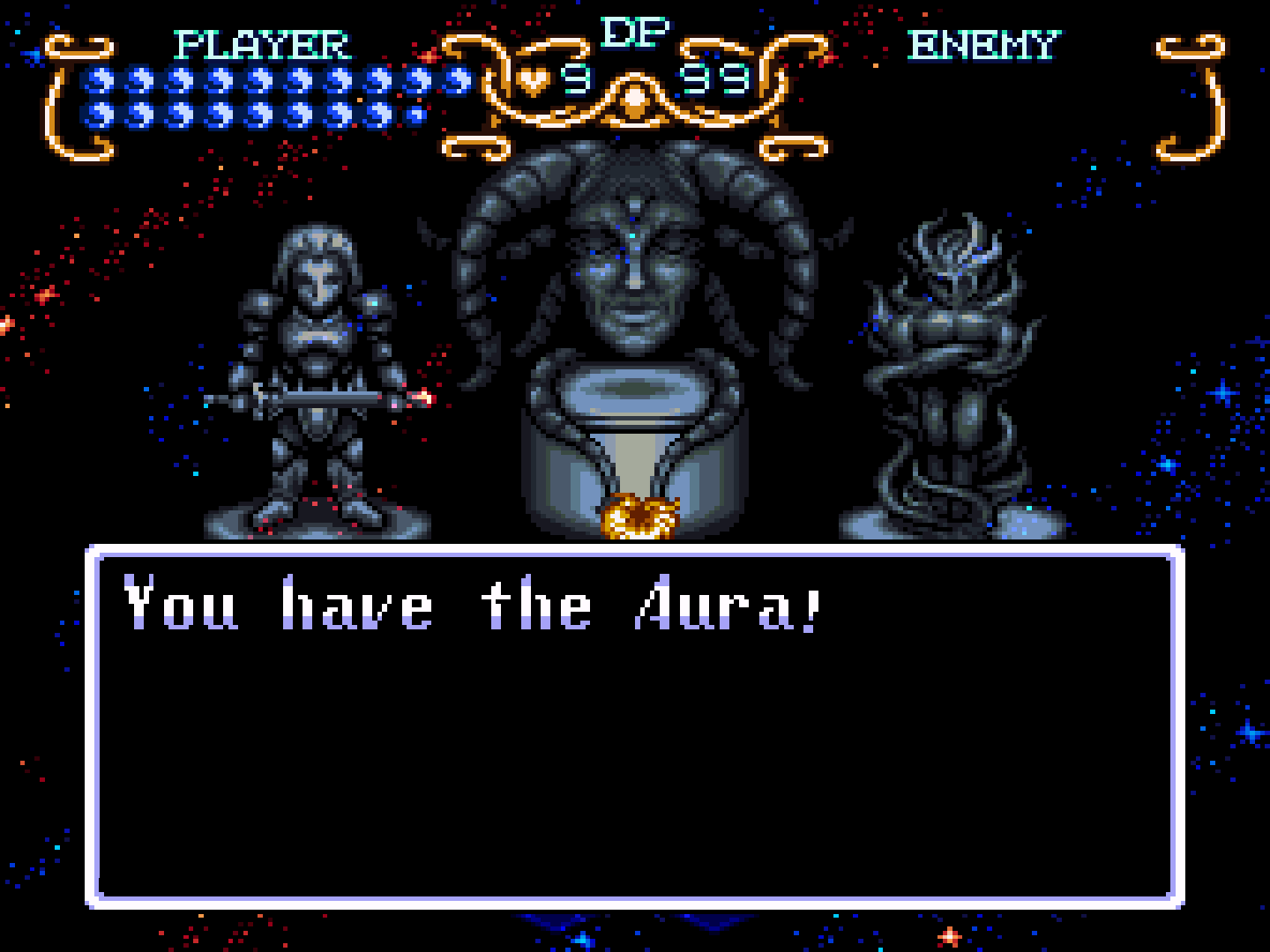 Gaia explains more about this item.

Gaia: "The Aura is Shadow's mind. When he holds it up, his body becomes like water. Only a small part of the Pyramid is above ground. Most of it is below the surface. You should change into the Shadow and advance into the underground."

Exiting to the east staircase takes us back above ground, to the world map.

I go back, and face the security orbs once again!

I'm going to guess that the blue flame that spoke to us back at Angkor Wat is Shadow, in a way. 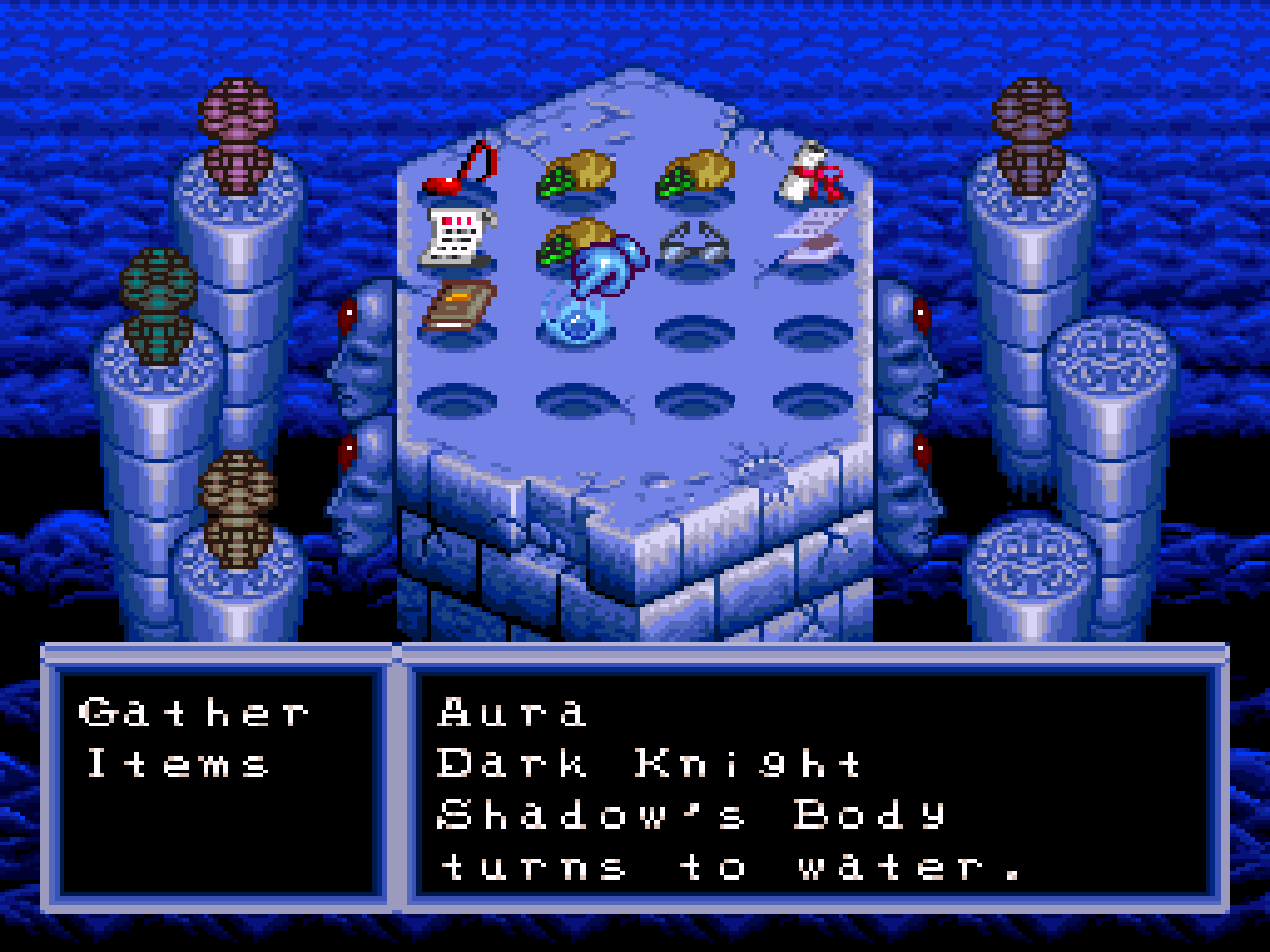 Up the stairs we go, inside the central room of the Pyramid, where we stand before a wall of hieroglyphs... 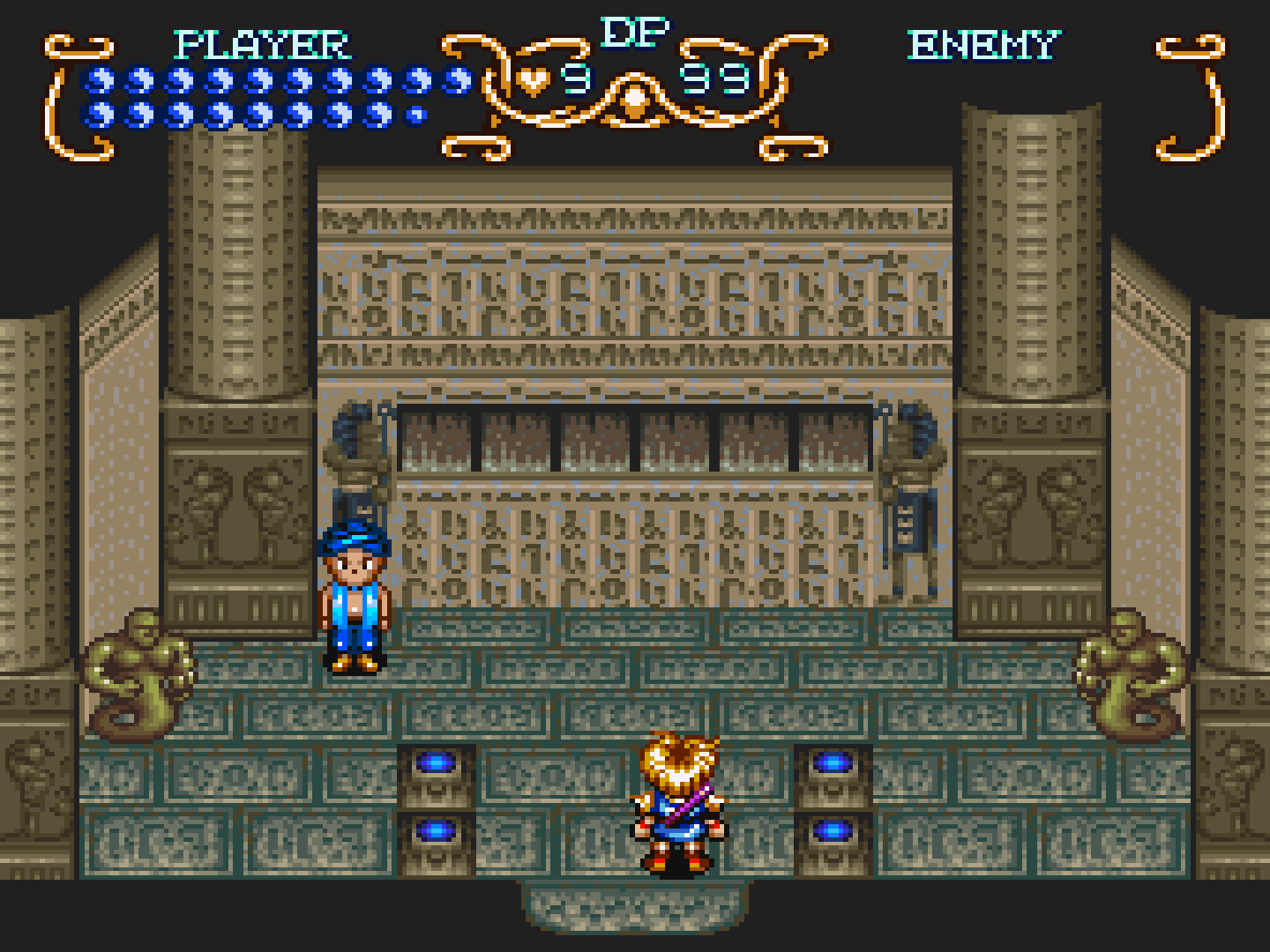 The explorer there warns us about the traps in this giant tomb, with one of them being sound-activated.

I'll stop here for today before going any further into the Pyramid.