The snake charmer who's been looking for Will has some mail for us. 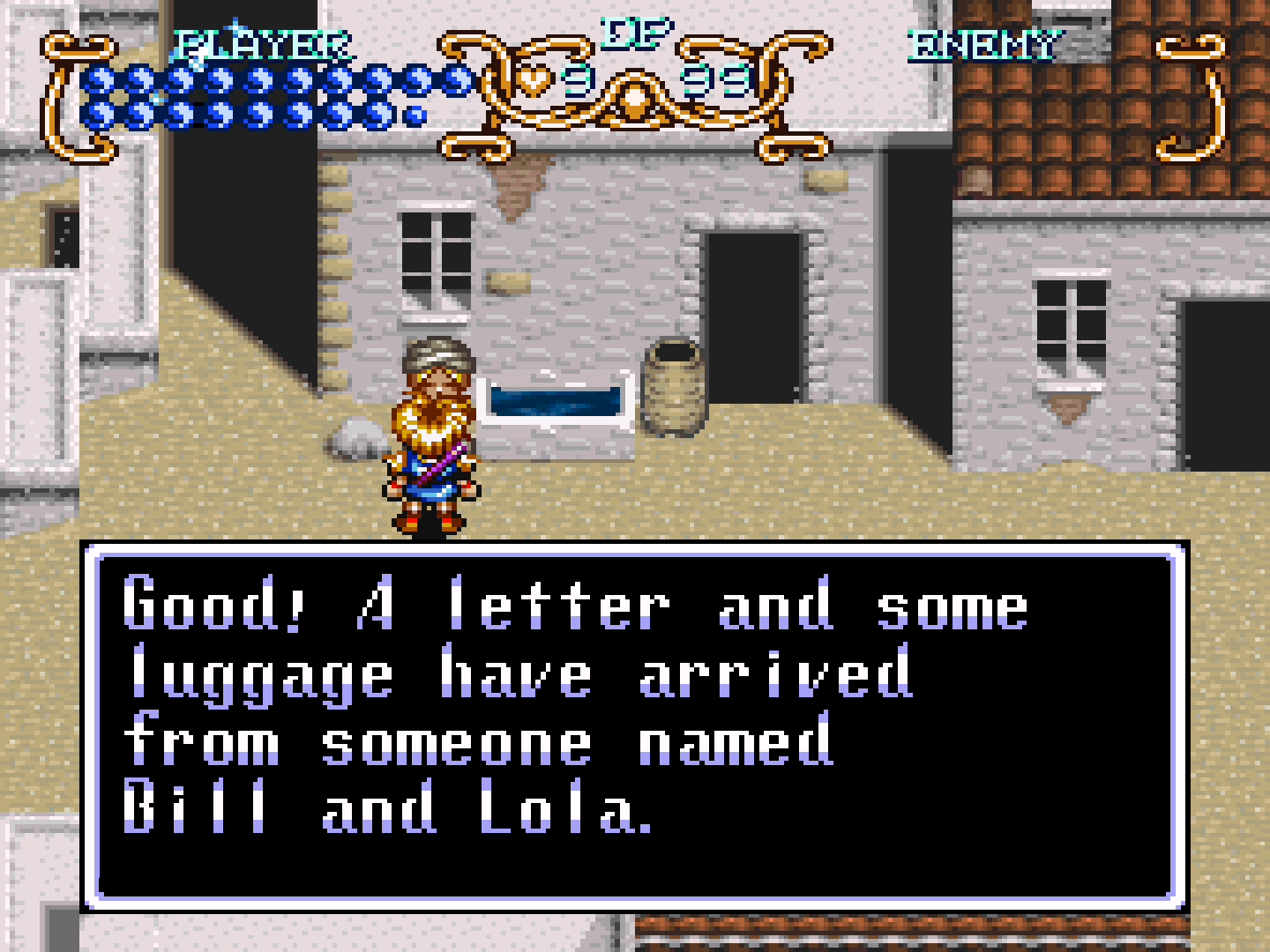 Yes! The letter's from Grandma Grandma and Grandpa Bill! Plus, we also get Will's father's journal!

The snake charmer tells us that the house were staying at is a hotel.

I have Will read the letter.

"Have you been OK? Neil told us that he was in Dao, so I'm sending this letter. I heard the reason why. Grandpa and I are looking forward to seeing you. When we looked in your father's luggage, we found a journal written about the Pyramid."

"I thought it would help you, so I sent it along. Take care."

"I've deciphered the hieroglyphs. No one has ever done it before. It says there's a key to solving the riddle of human history in the Pyramid." 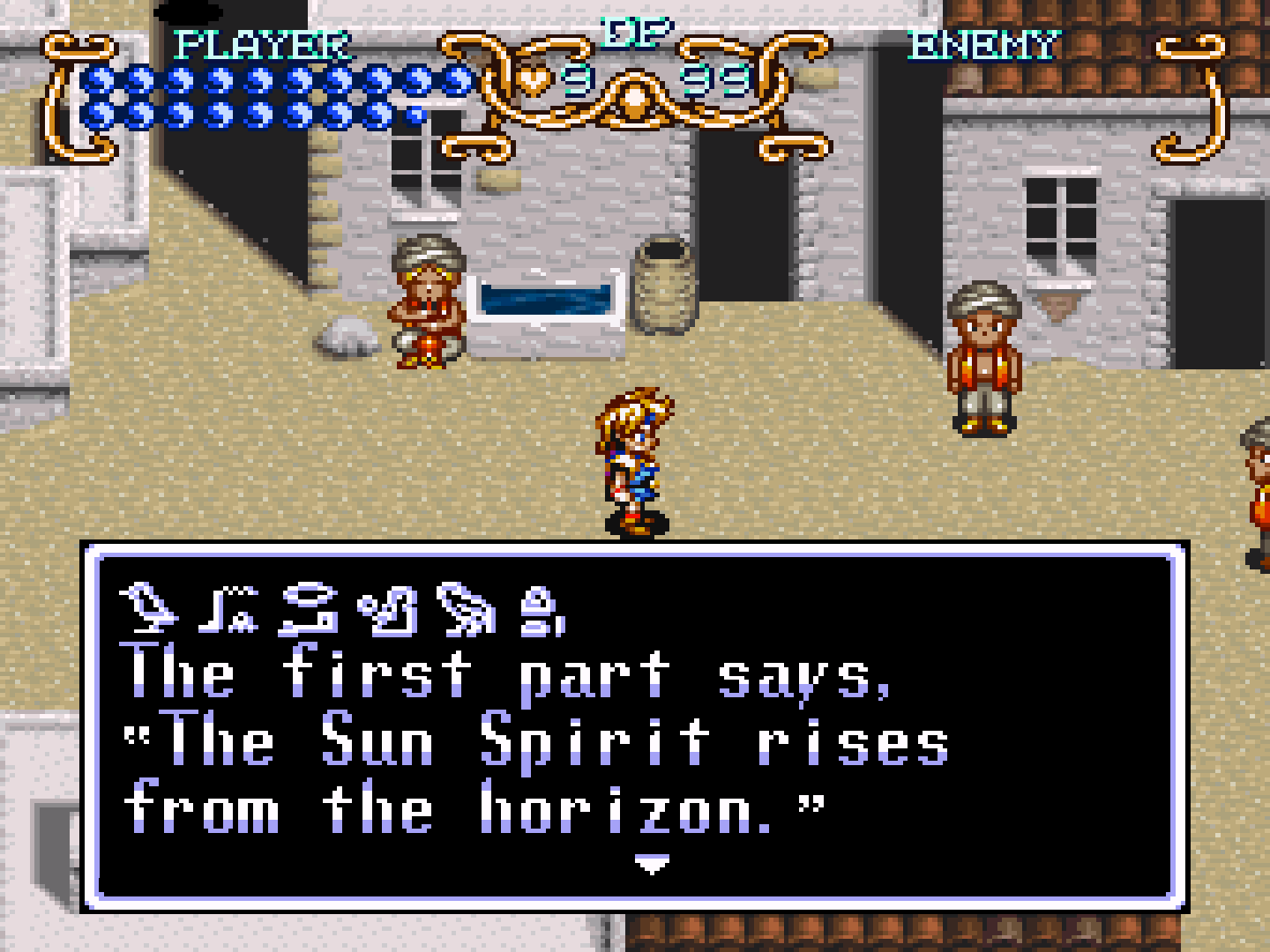 "The first part says, 'The Sun Spirit rises from the horizon.' I went to the Pyramid and found the same inscription. So..."

A page of the journal is torn out.

Probably we might find more when we get into the Pyramid.

I go inside the carpet-weaving house, and talk to the man with the cane.

He explains that these carpets take nearly four decades to complete...

What he tells us next is quite shocking. 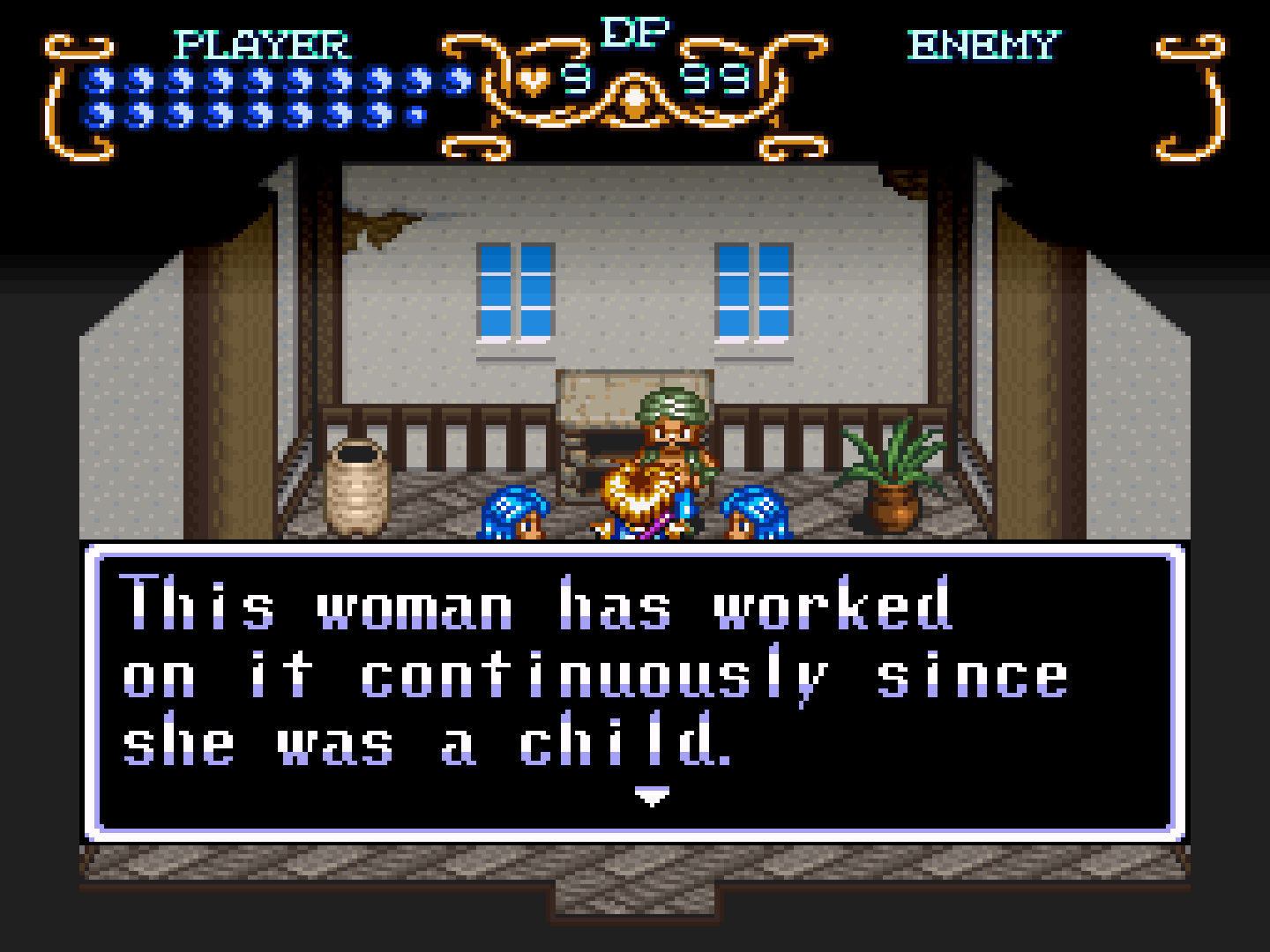 His next remark is also quite chilling: "Remember, little man. Some are born to misfortune."

I try my hand at the whack-a-snake minigame again.

The charmer's impressed by our score: 58 snakes! 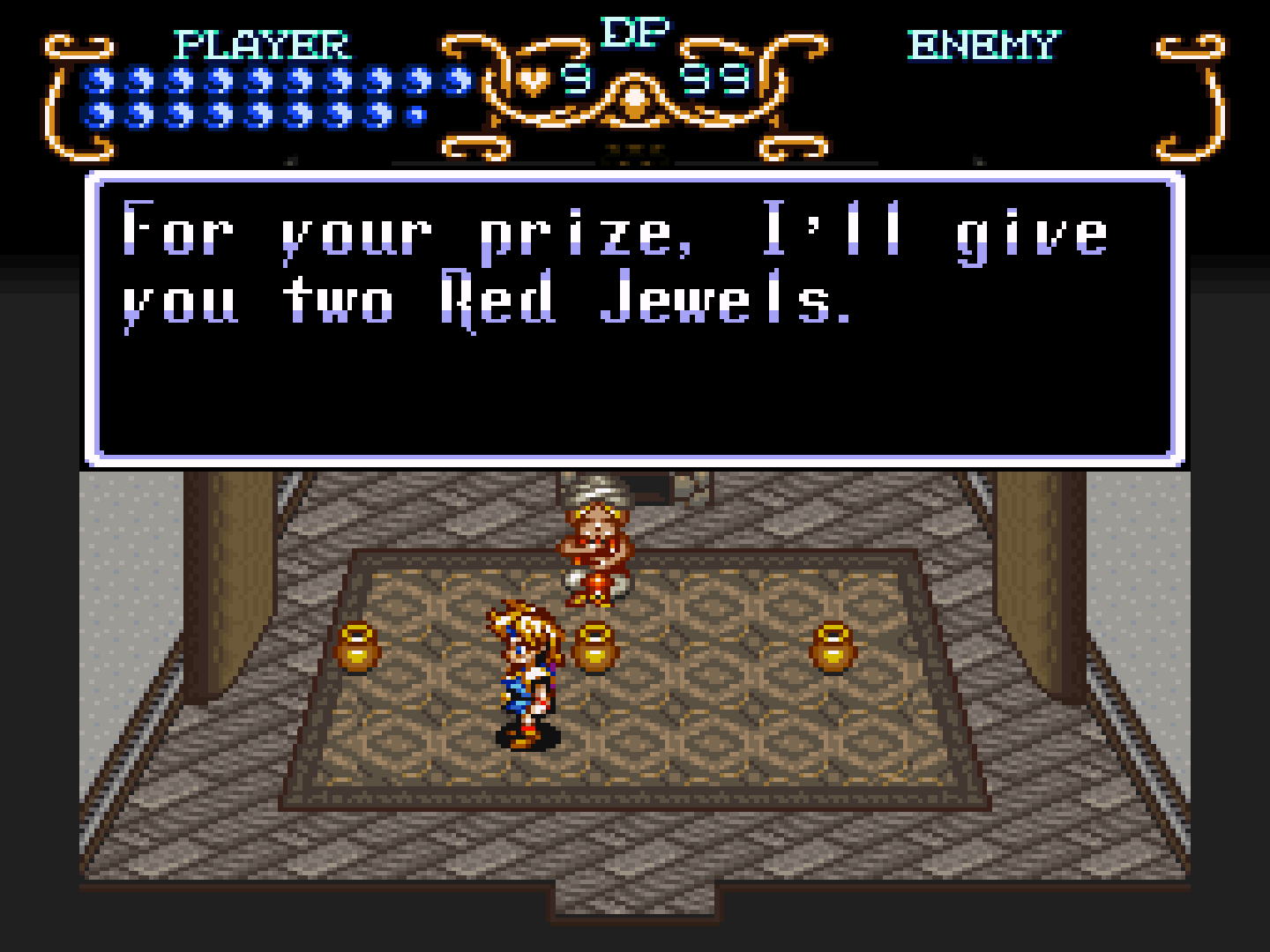 He sends the two Red Jewels to the Jeweler, meaning we have 31 so far!

Now that we have over 30 Red Jewels, Freedan's Dark Power increases!