Deeper into Angkor Wat we go...

I have Will make a sprint for the interior immediately!

The enemies in this temple have revived! 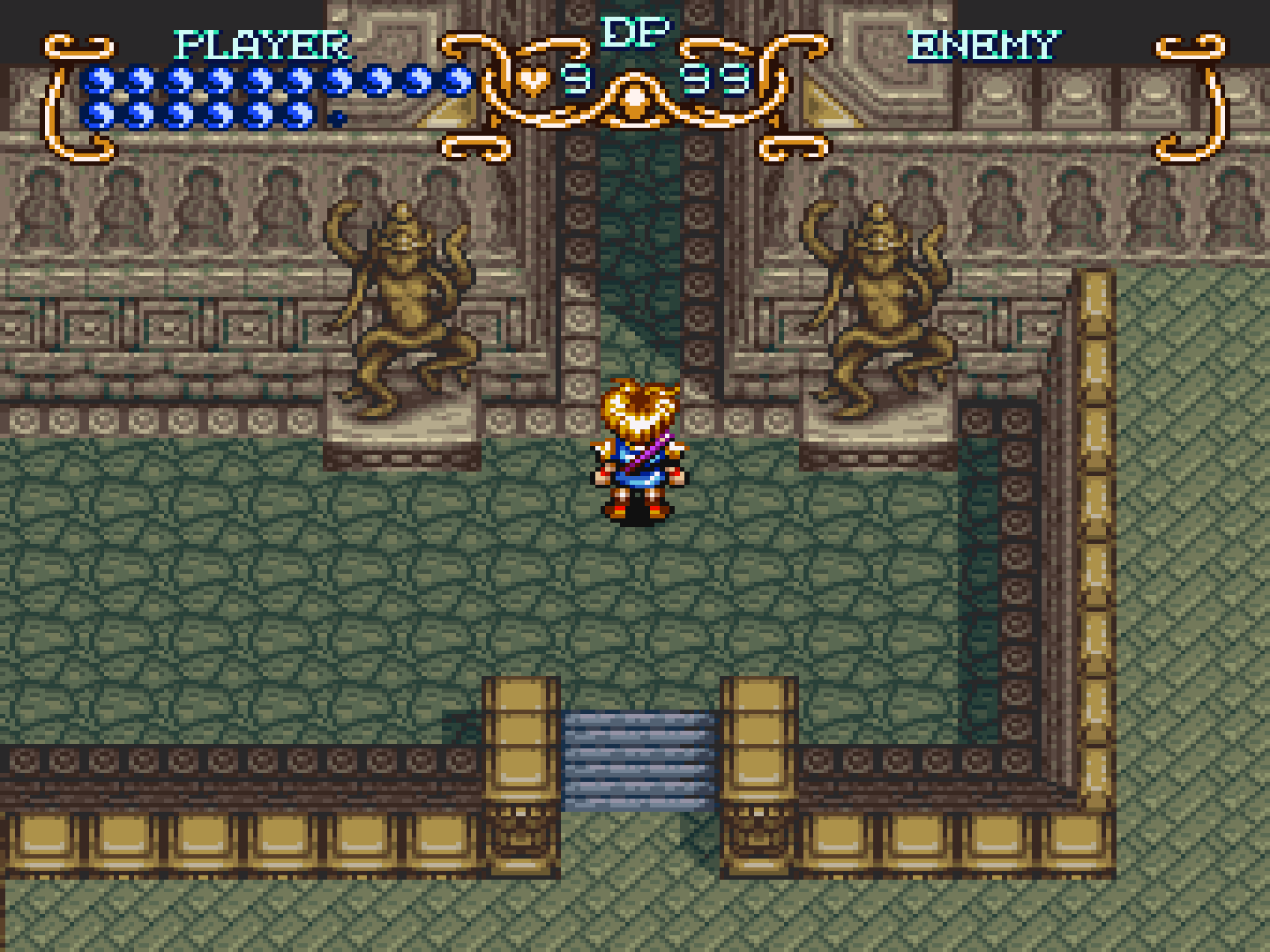 We're now at the garden of Angkor Wat, and there's a brigade of enemies waiting for us... 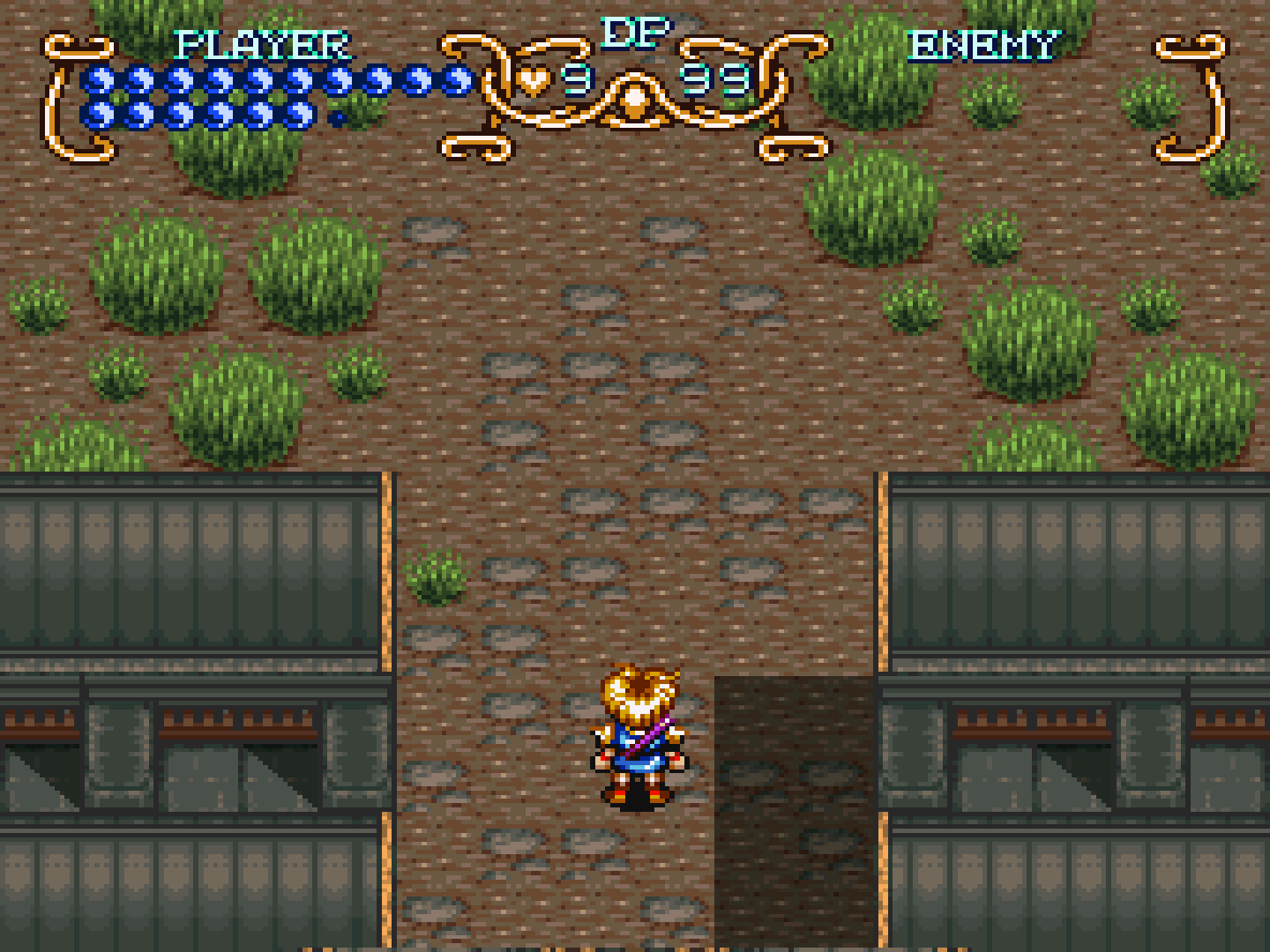 There's also a Dark Space gate, but the way there is blocked by bushes...

Some of the bushes try to lunge at us, but can't reach! Hee...

I make it near the portal, but I notice a skeleton at the foot of the edge of the east wall...

I have Will go to the remains. 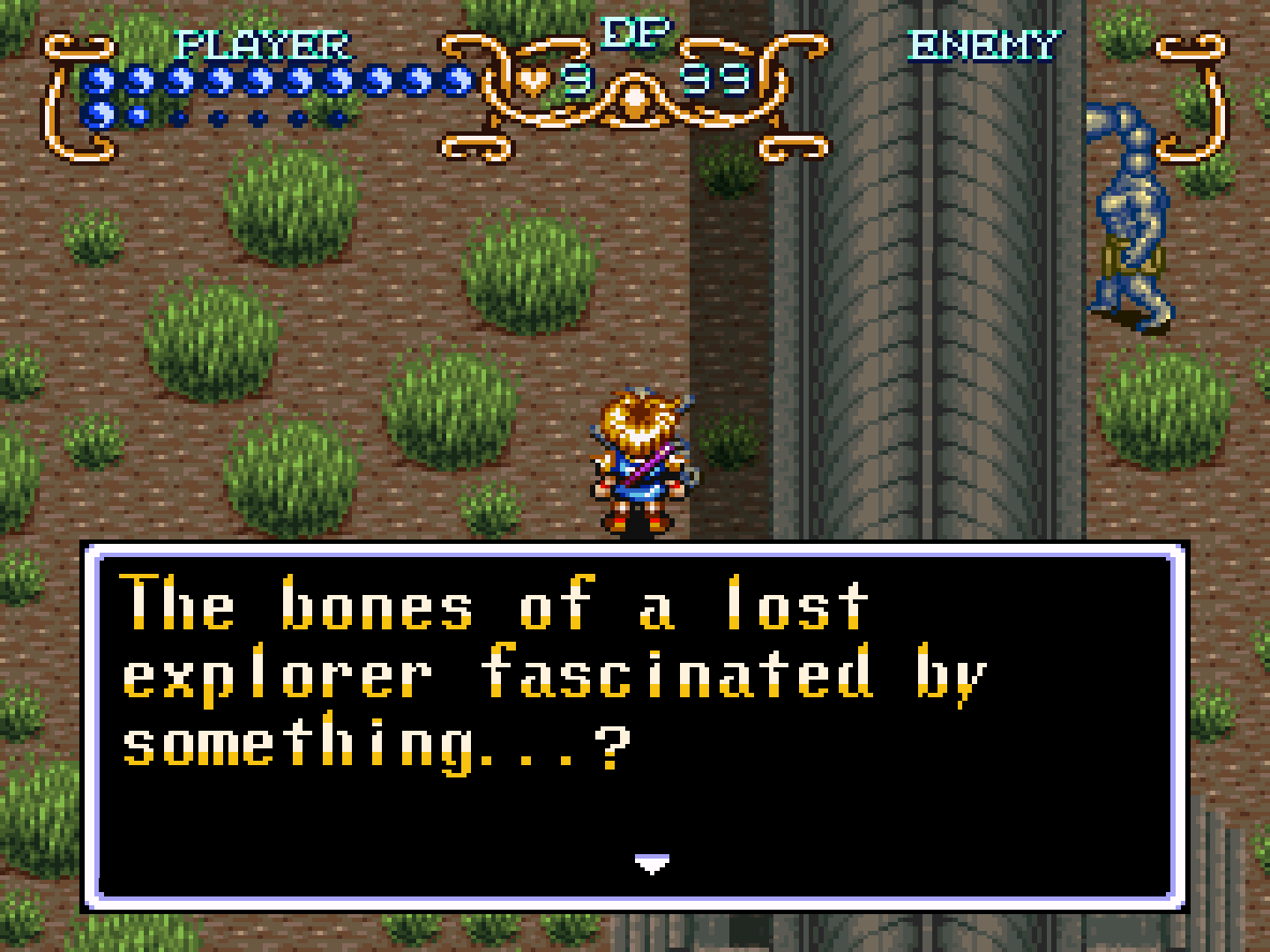 Will notices a journal near the corpse. I have him read it.

"We crossed the jungle to the native village. We didn't understand the language, but they beckoned for us to stay. When I awoke in the morning, only Capt. Friezer and I remained."

"Hunger had destroyed many people during the night. Even our friends."

"We saw the bodies of our comrades and ran into the jungle. That's when we discovered [Angkor] Wat."

The next sentence explains why these "explorers" were here. 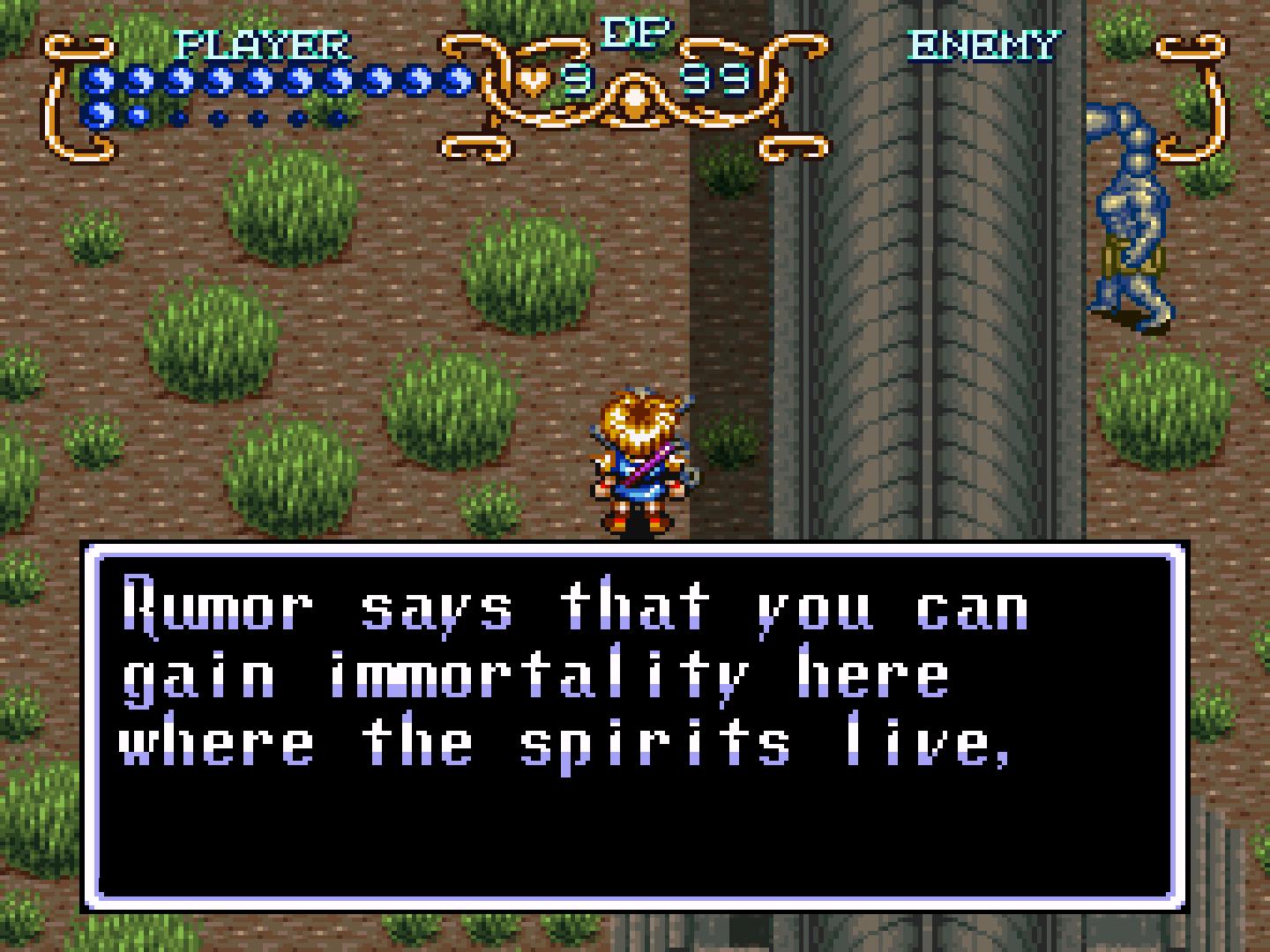 So they were here for "immortality", huh?

The next sentence is more chilling. 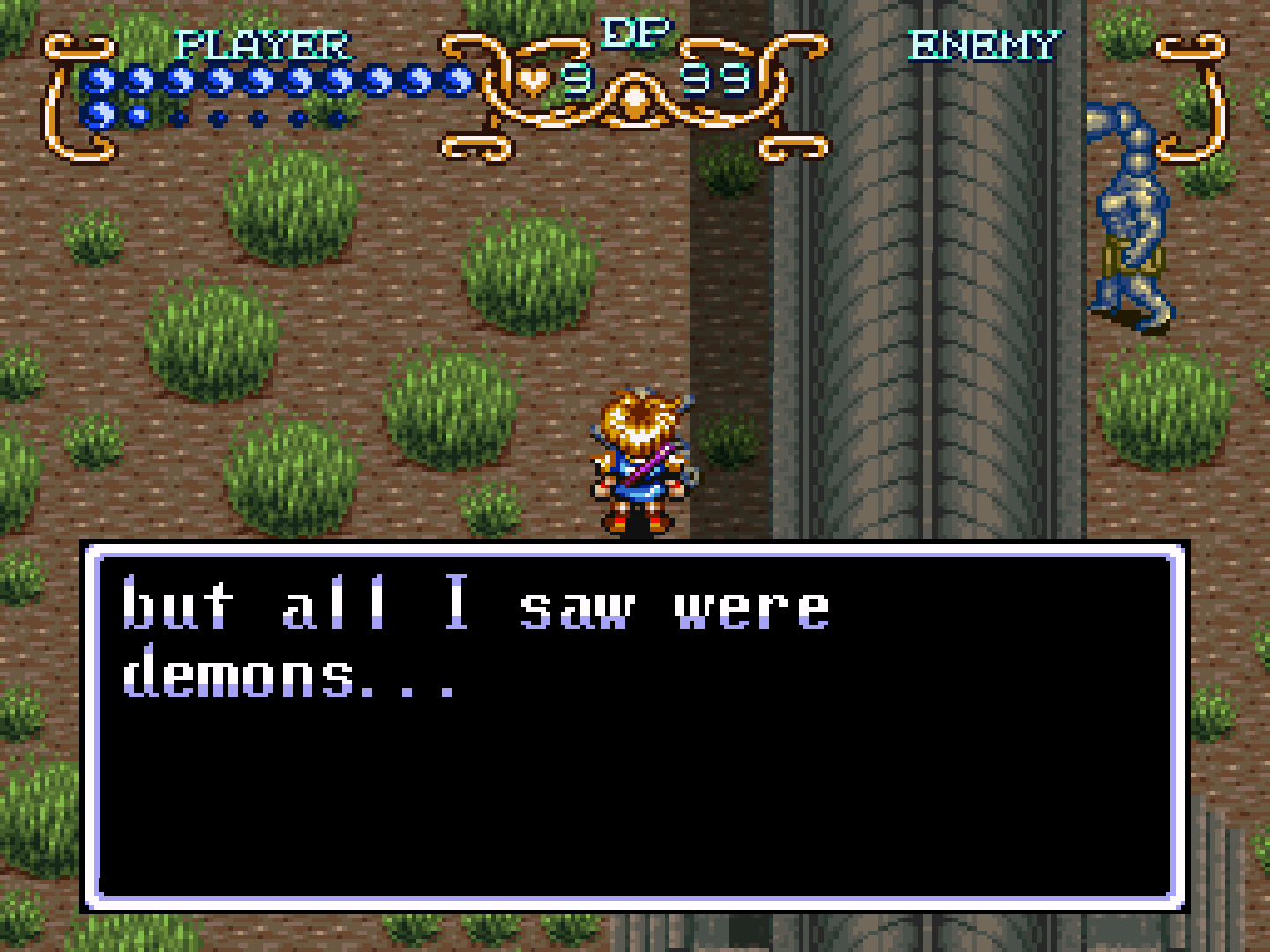 "I'm going back to my friends...If I don't survive, who would mourn?"

That's the end of the diary.

In Dark Space, Freedan's come to our aid!

I switch to Freedan this time.

I have Freedan clear out the enemies in the center wing before going to the east wing of the garden.

Another set of stairs takes us back to the center wing...

Then to the west, where the remaining enemies are, and we win more health! That's 34 now!

I save my session again before going further inside the temple.