Alright, after two weeks of inactivity, time to continue this game!

I visit the Jeweler Gem to check how much Red Jewels I've collected: 18 so far out of 50. I'm probably not going to get all of them on this playthrough, since I know I missed a few.

That's a nice detail the devs put in: a glowing lantern at nighttime. 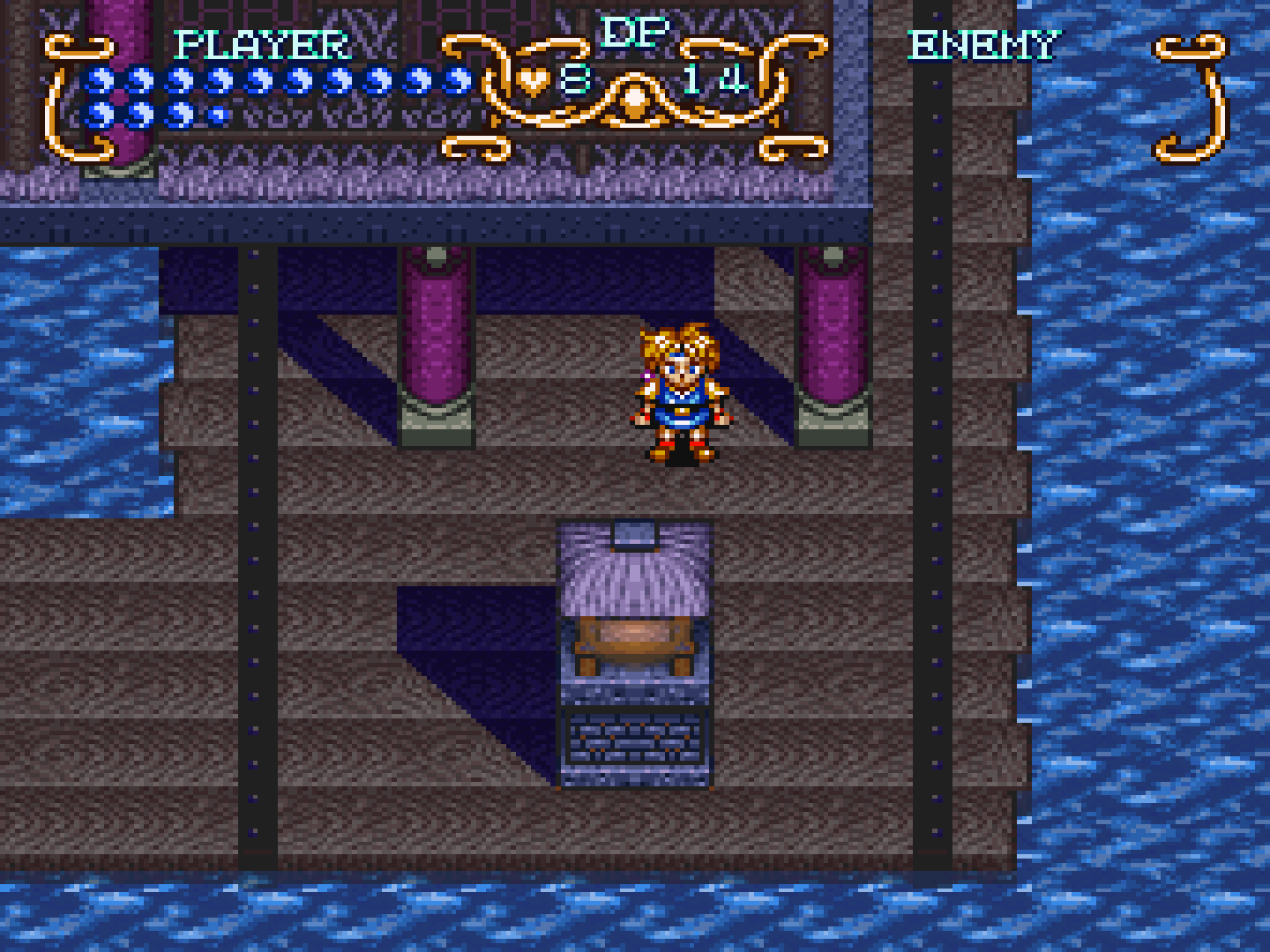 I wait awhile as the Lotus Leaf comes over to our side.

The raft is now crowded with a circle of people and a smattering of drinks.

The person in front asks if I want to join in on their "game." 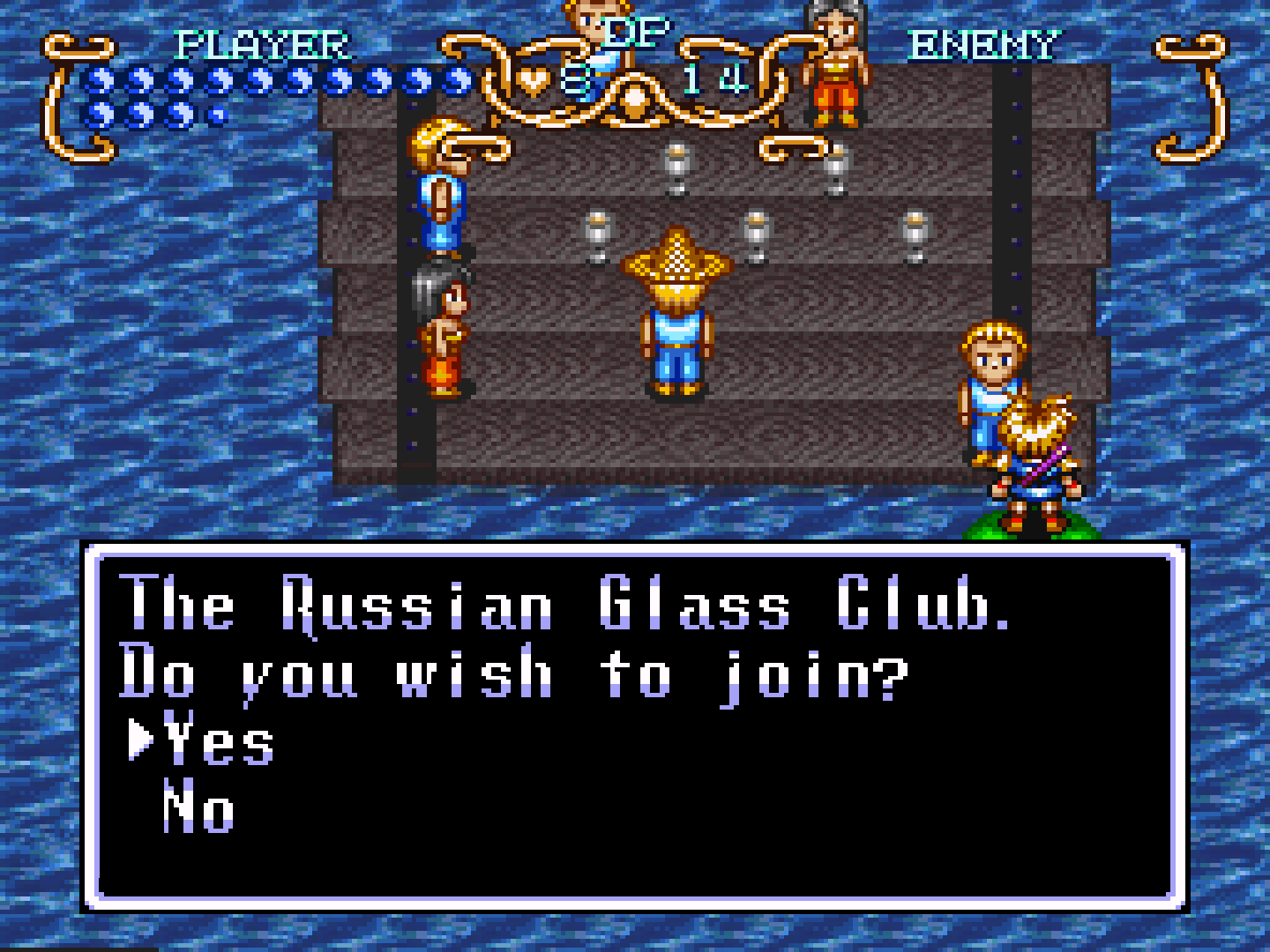 I decide to do it.

He's shocked, asking us if we want to risk our (or Will's) young life playing that "game" of theirs.

Man: "This isn't just a game. You could lose your life." Lucky we have Gaia to revive us if things get bad...

He asks us again. I take a deep breath before saying yes.

The Opponent, the man says, is the man with the wide brimmed hat, facing north.

He tells us to ask him for the rules on how to play this dangerous "game." 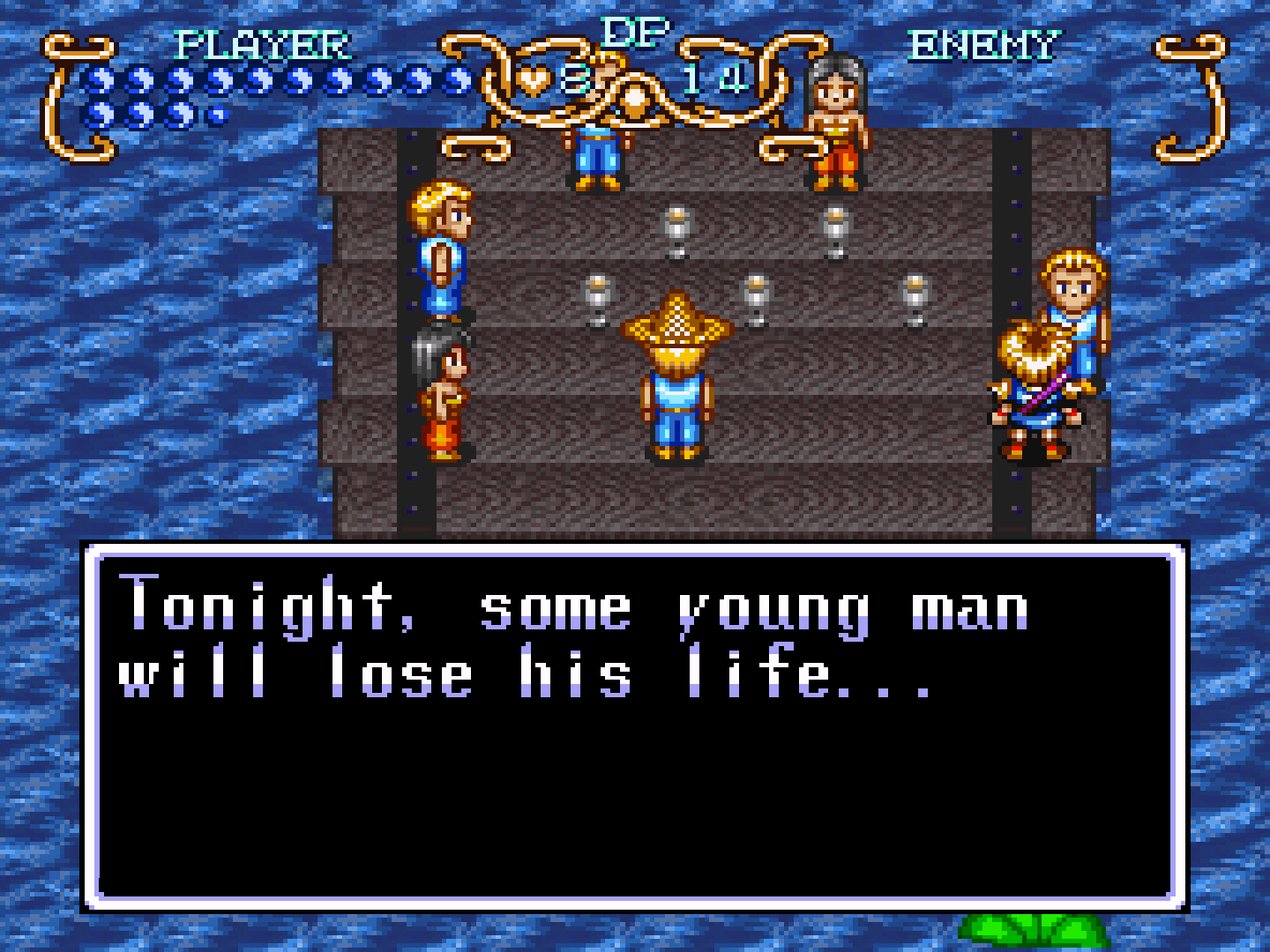 I anticipated this a bit...

Some around the raft judge us for our decision.

Unfortunately, for the opponent, he forgot something... 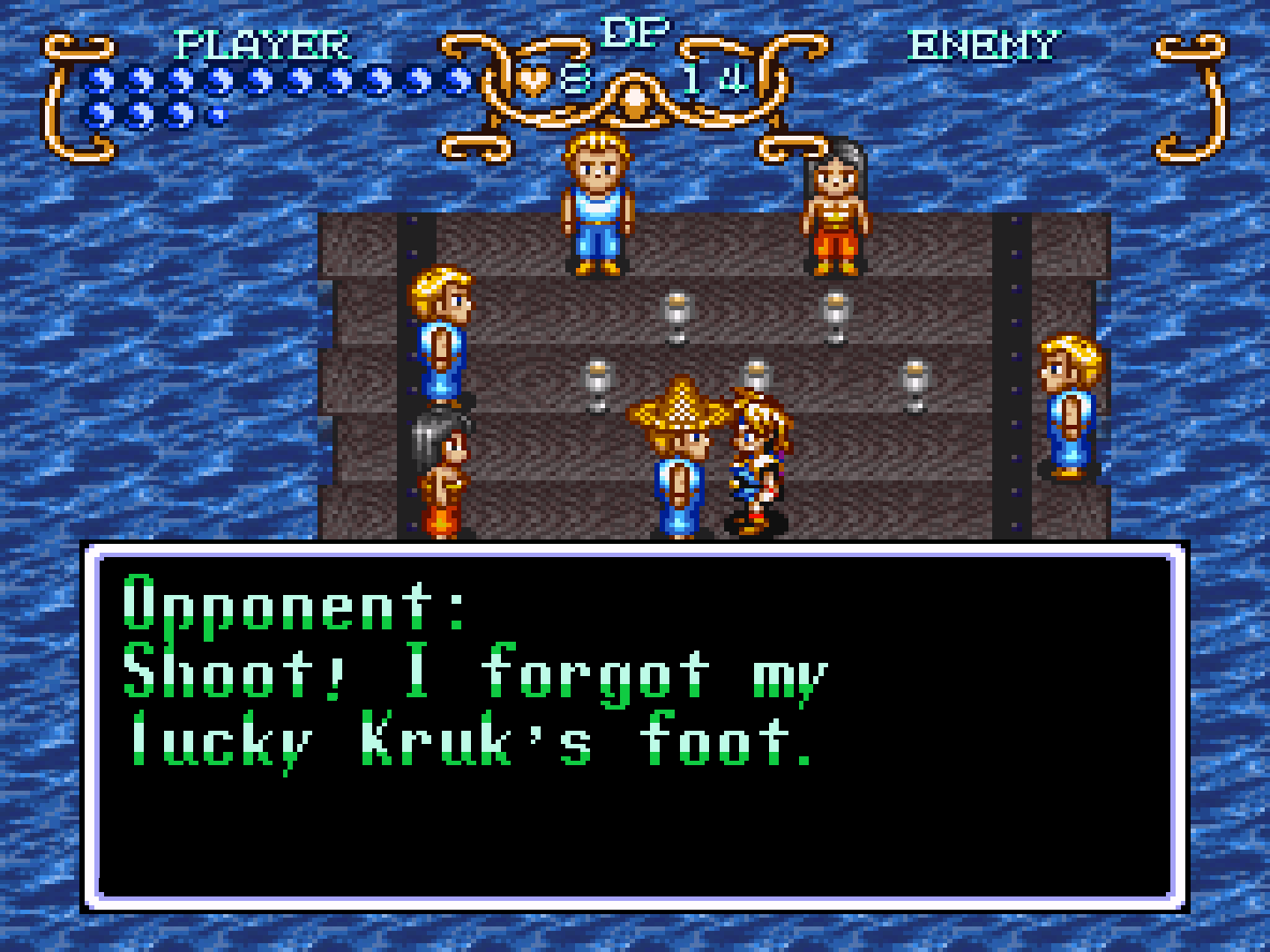 He explains the rules to us. 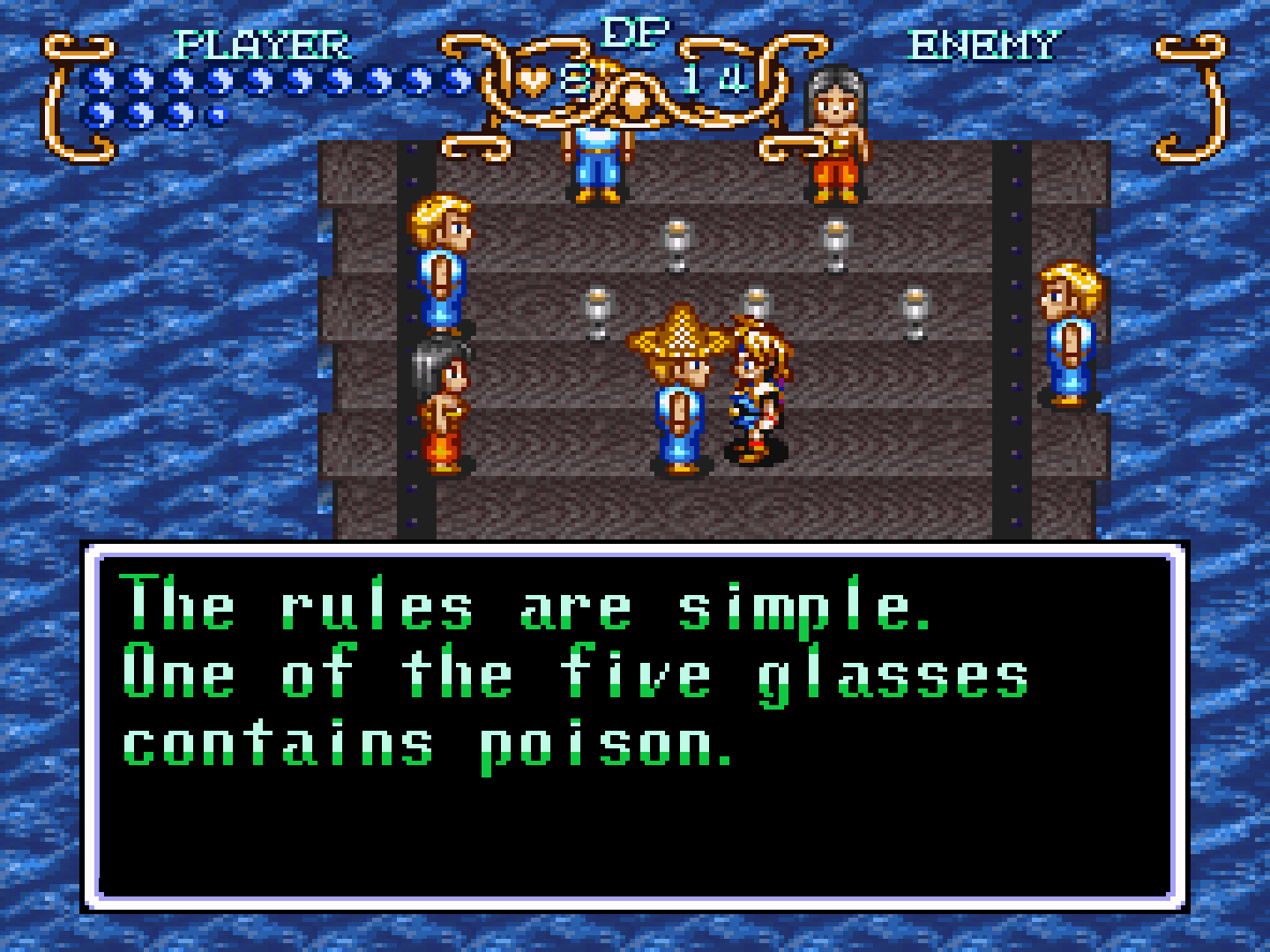 If the picture doesn't show, this is what the Opponent says: "One of the five glasses contains poison. Drink each one in turn. The one left alive is the winner." Ooooo boy, a one-in-five chance. But who starts first?

The Opponent yells out a BANZAI as the sped-up version of the battle theme plays.

I've now a 25 percent chance of surviving this...

I have Will drink the leftmost one...

I take the rightmost one. 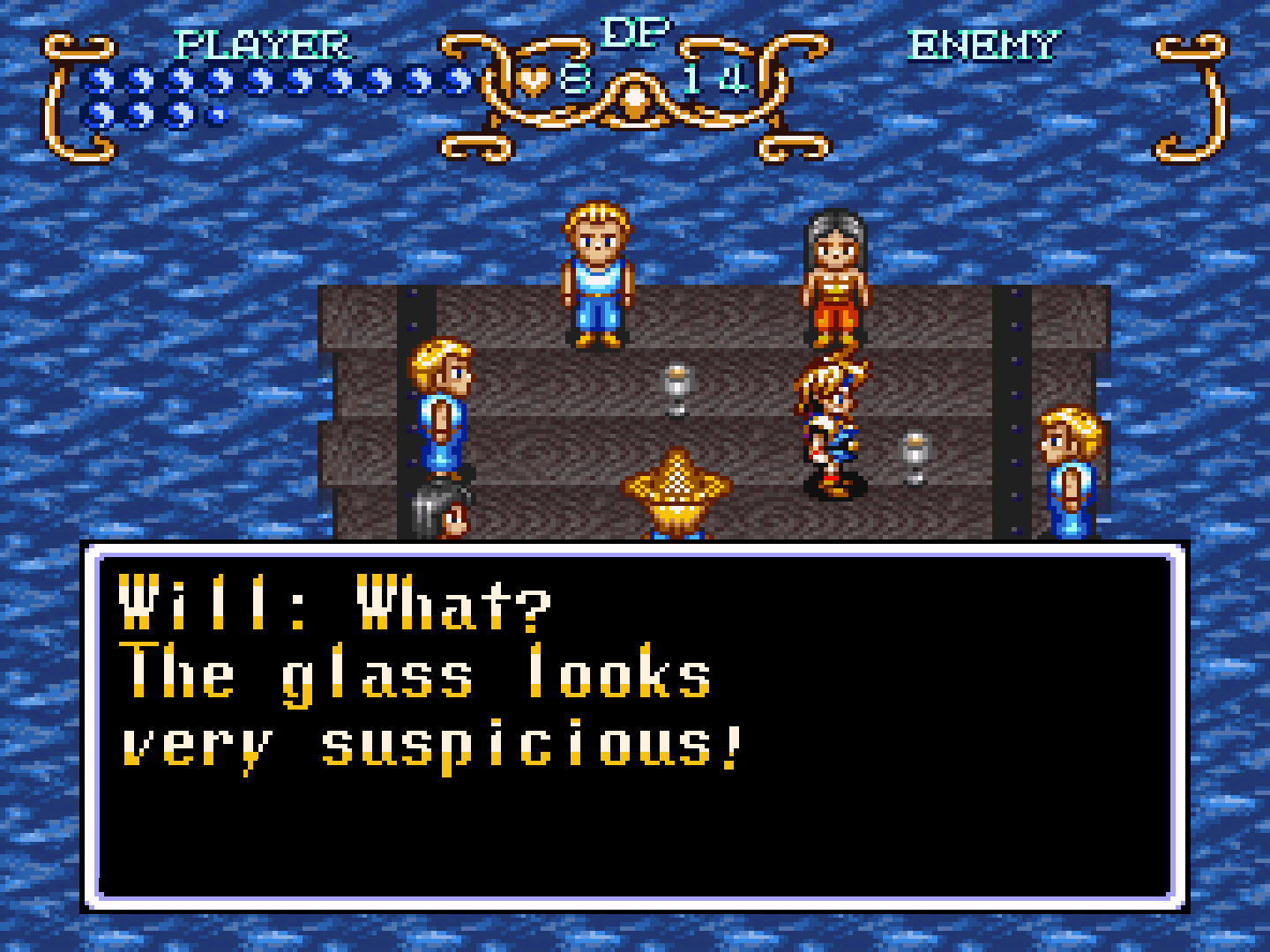 I have Will avoid the poisoned cup and drink the top left one instead! 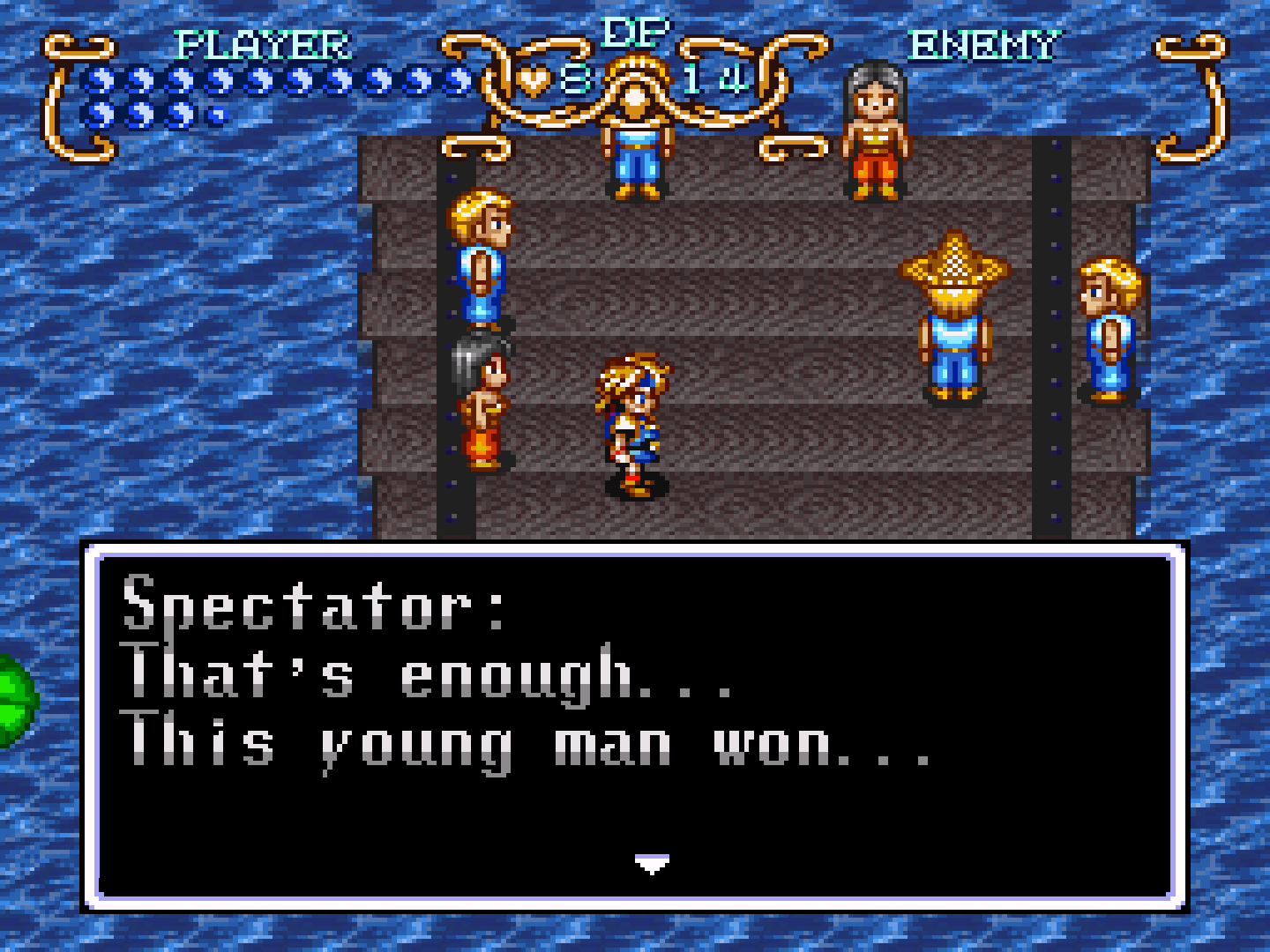 Other spectators join in to tell the man to stop, as they know Will won fair and square.

But the Opponent's pride gets the best of him. He drinks...

The audience intervenes, but to no avail...

The next morning, we're at a woman's house, his wife's. Poor him and his family, though... 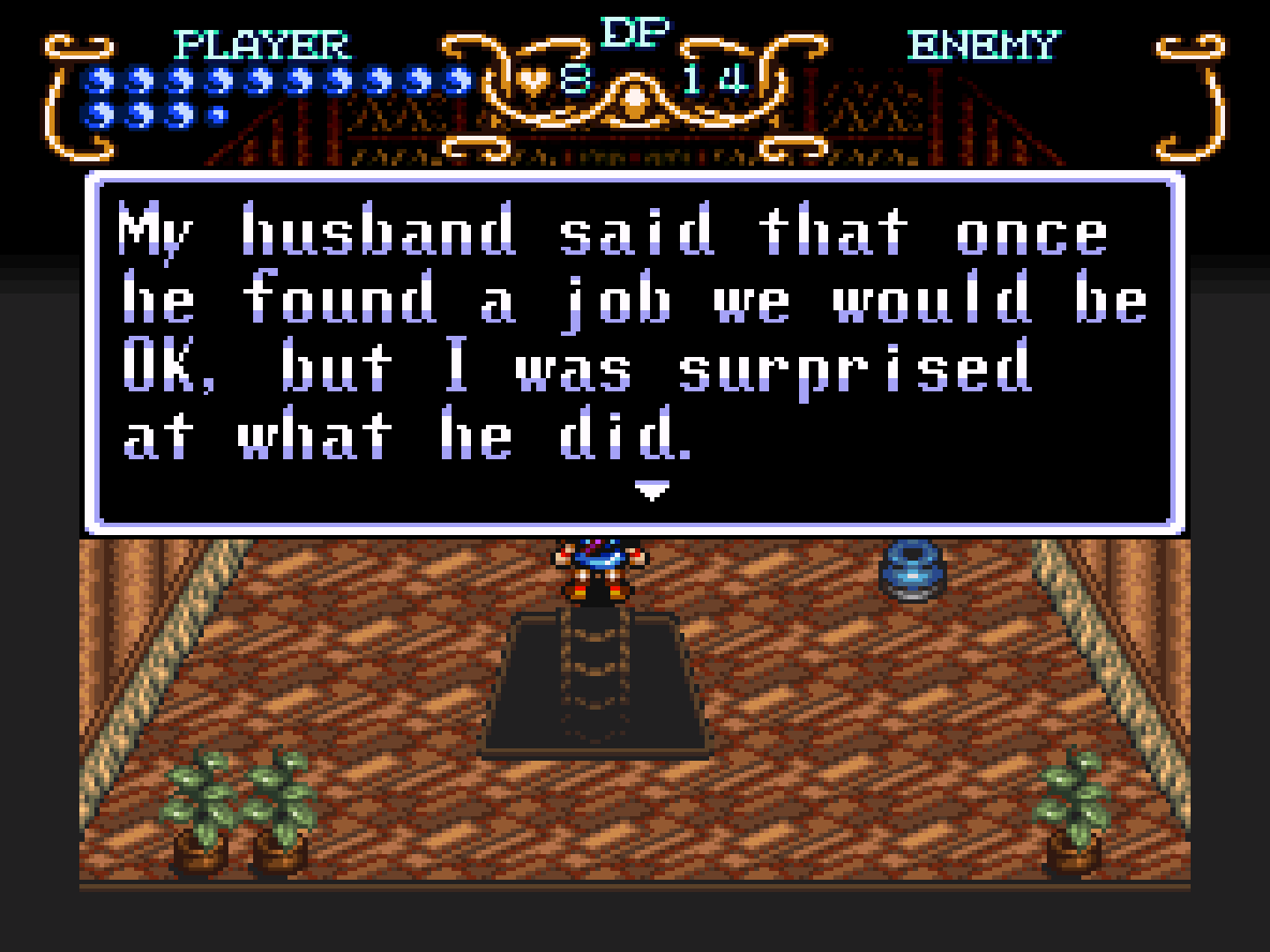 She hands us his last will and testament...

Opponent's Wife: "'There are four Kruks outside. Please use them.'"

She sends us off with a message that would not be out of place in a motivational painting. 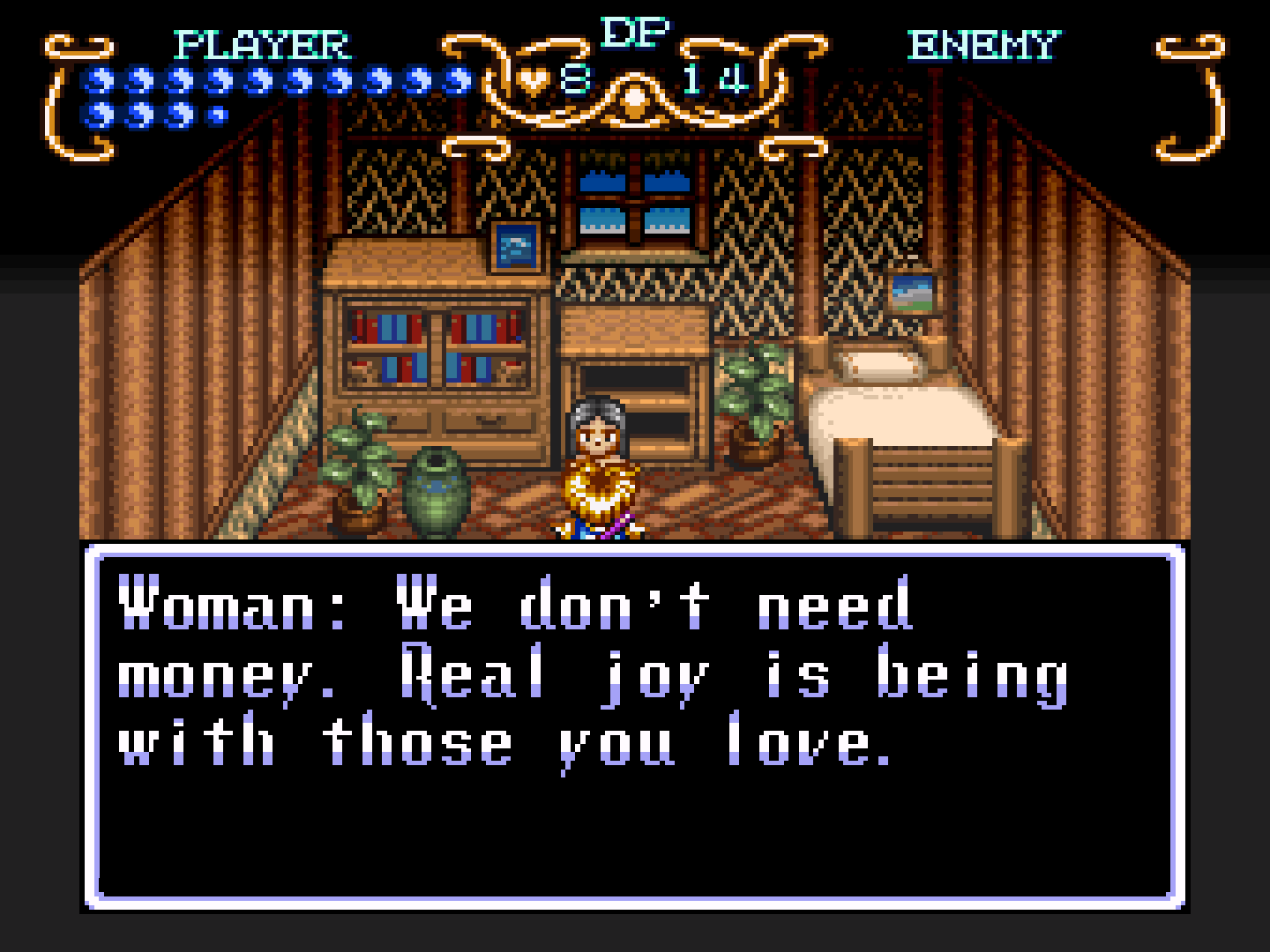 We head back down.

Now we have Kruks to ride on! Ho ho ho!

I read the Opponent's last will and testament:

"Even if I perish, don't mourn for me. Even if Russian Glass doesn't cost me my life, it's my fate to pass away soon. Six months ago, when I found out I was dying, I decided to amass as much money as possible.

"I want it to leave it to my wife, and the child I'll never see. I made my fortune in spite of the unhappiness I have caused others. If I lose, I want to leave part of my estate to you. Please take care of my four favorite Kruk horses."