The Great Wall is northwest and isn't too far from Watermia... 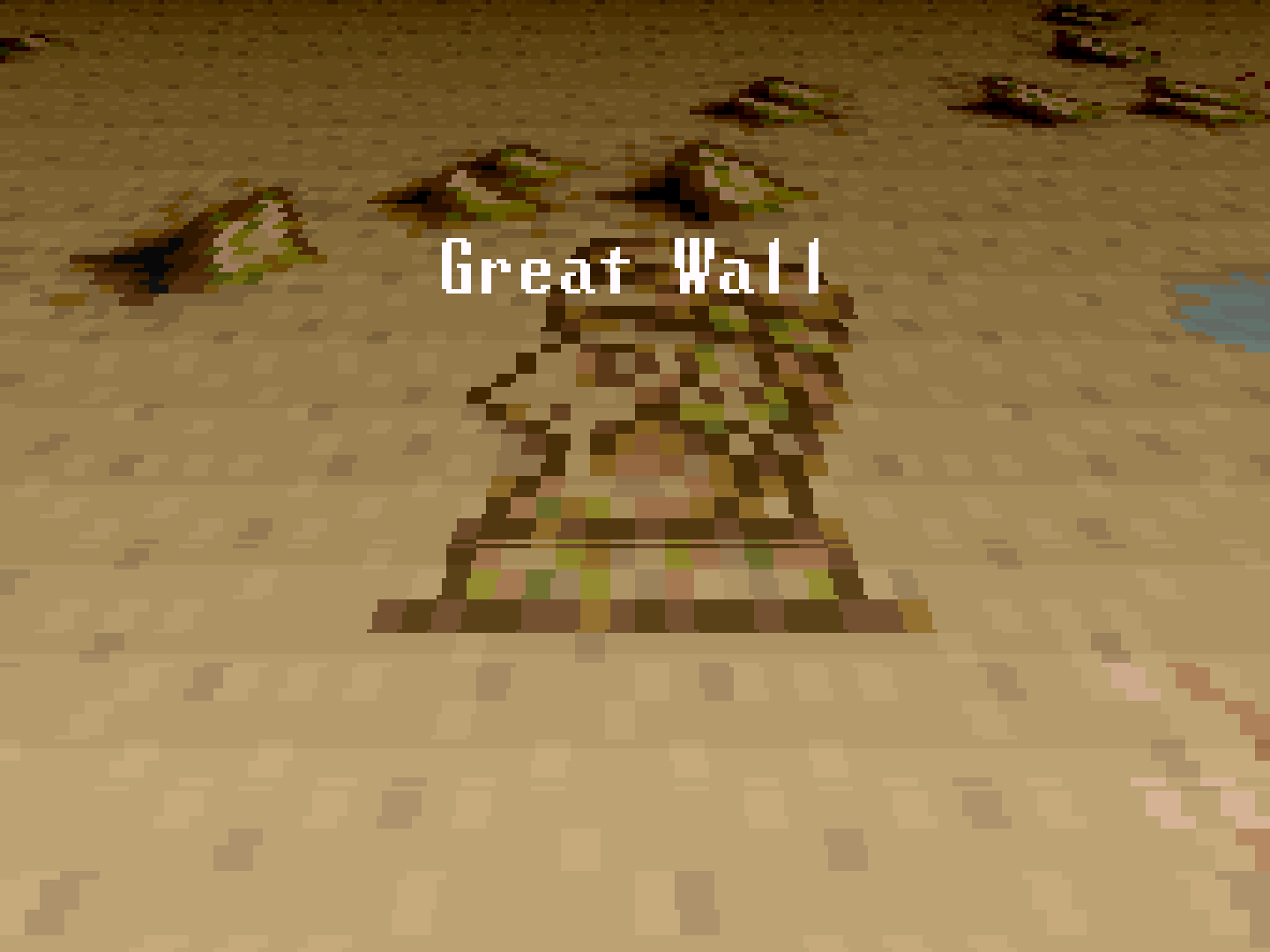 Will enters thru the west end of the wall. 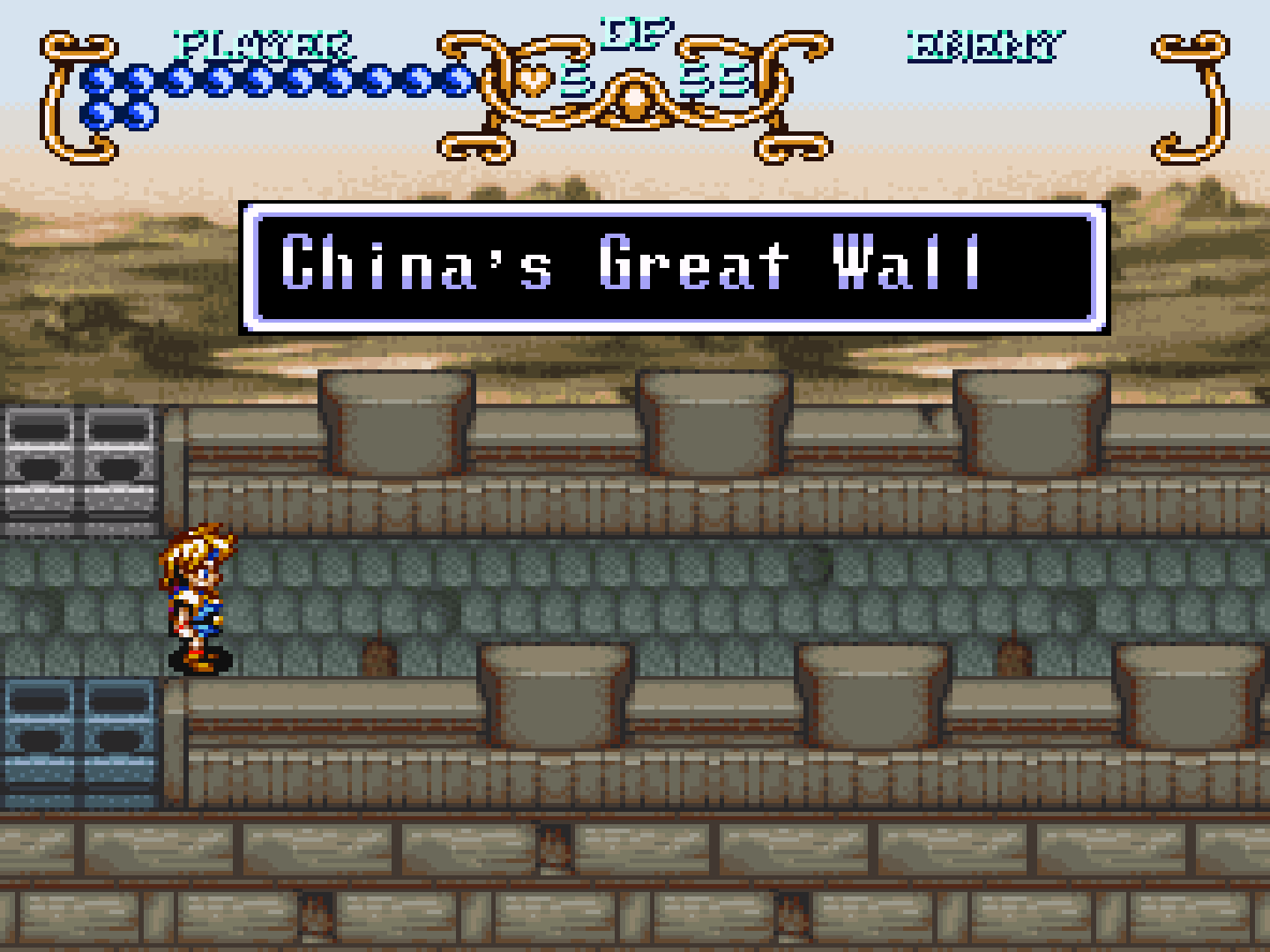 Will: "I followed Lance's trail to the Great Wall. A corridor stretched to the distant horizon."

An armored archer and a willowisp come to greet us, and Will gets hurt by two arrows!

After taking care of another willowisp, we're inside the wall proper. 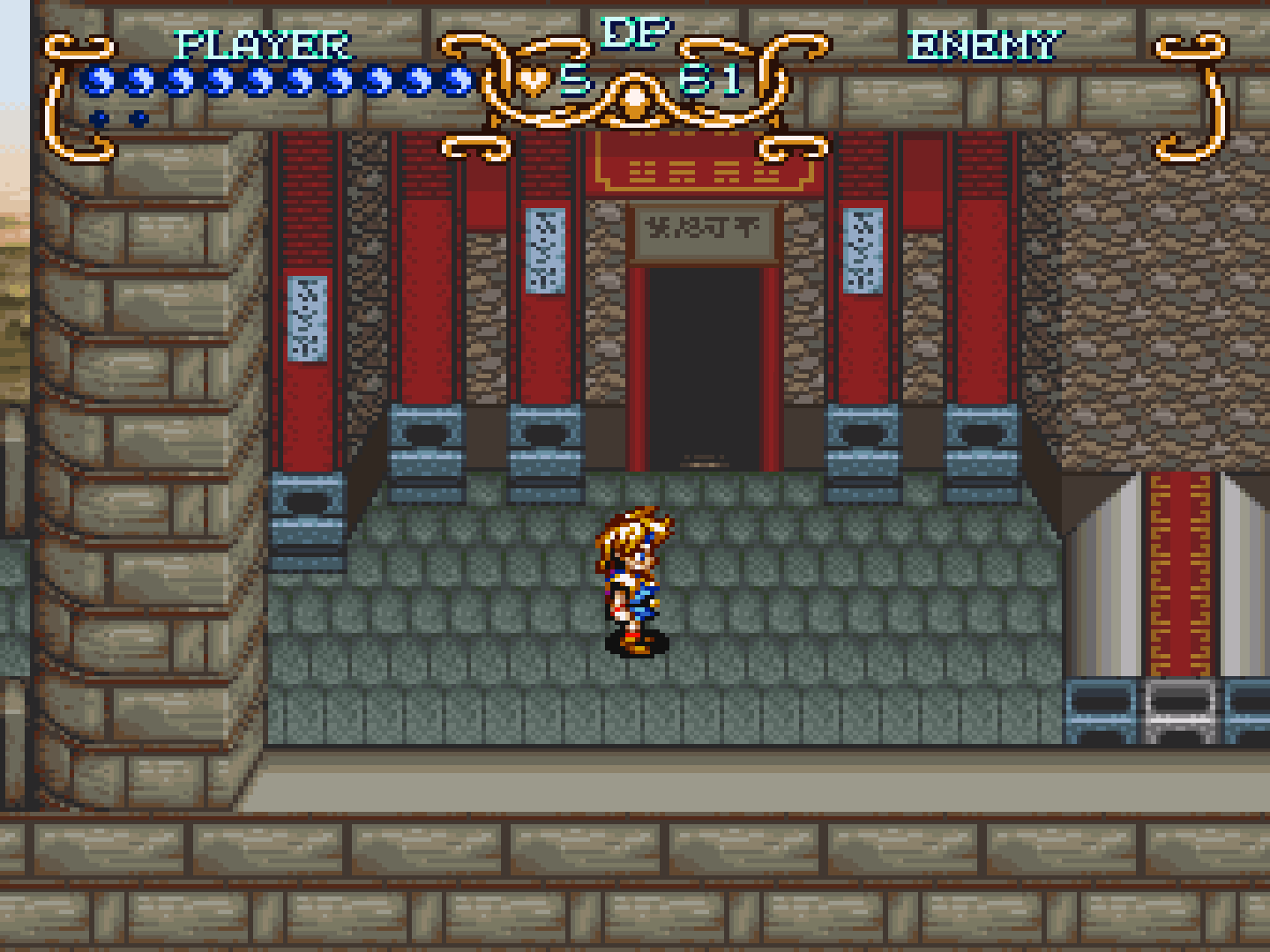 Going further isn't an option, since there's a steep slope blocking our way.

The only option is to go down, where a willowisp tags Will!

Two more armored archers are next!

With determination, I back one of the archers into the corner, and take care of him! The other one sneaks up behind me, but he also gets taken care of...

Two more archers left and we make it to the end of the hall.

Now where does this go down to? 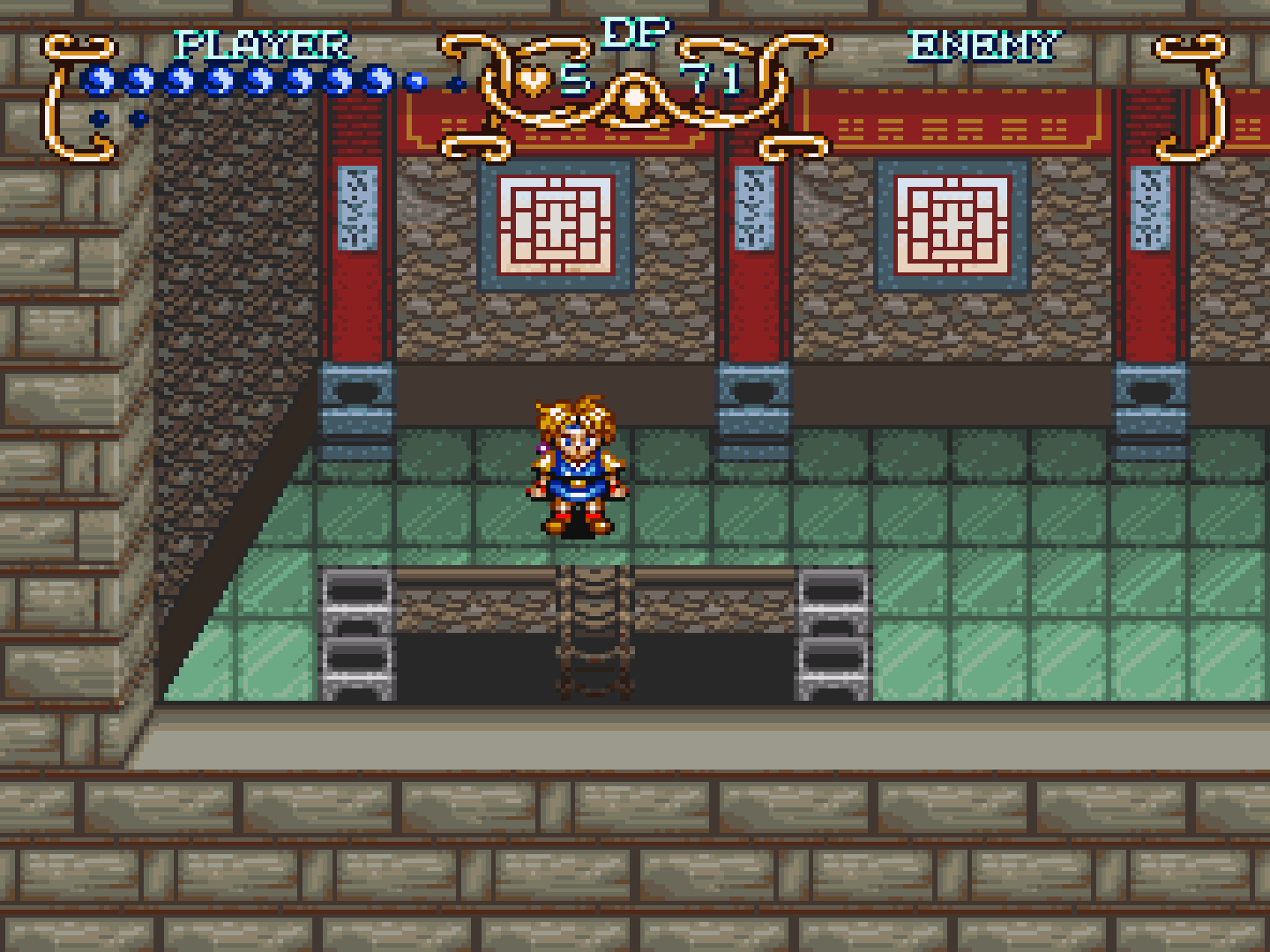 The willowisps get clever and rain small fires down on the surrounding area!

I realize the archers can only fire horizontally, not vertically... 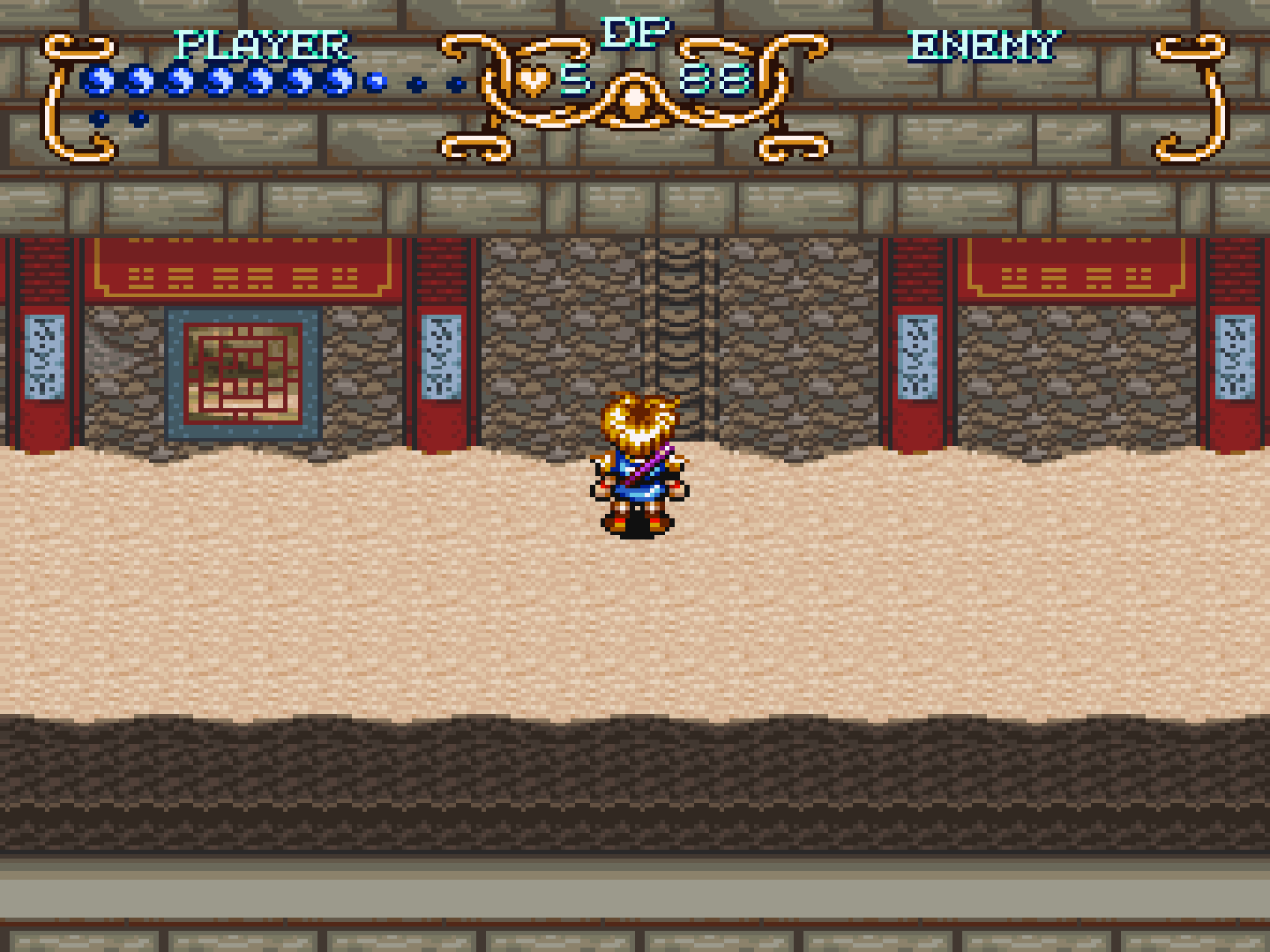 We climb the ladder above and make our way to another dead end, where I back two archers into the wall! 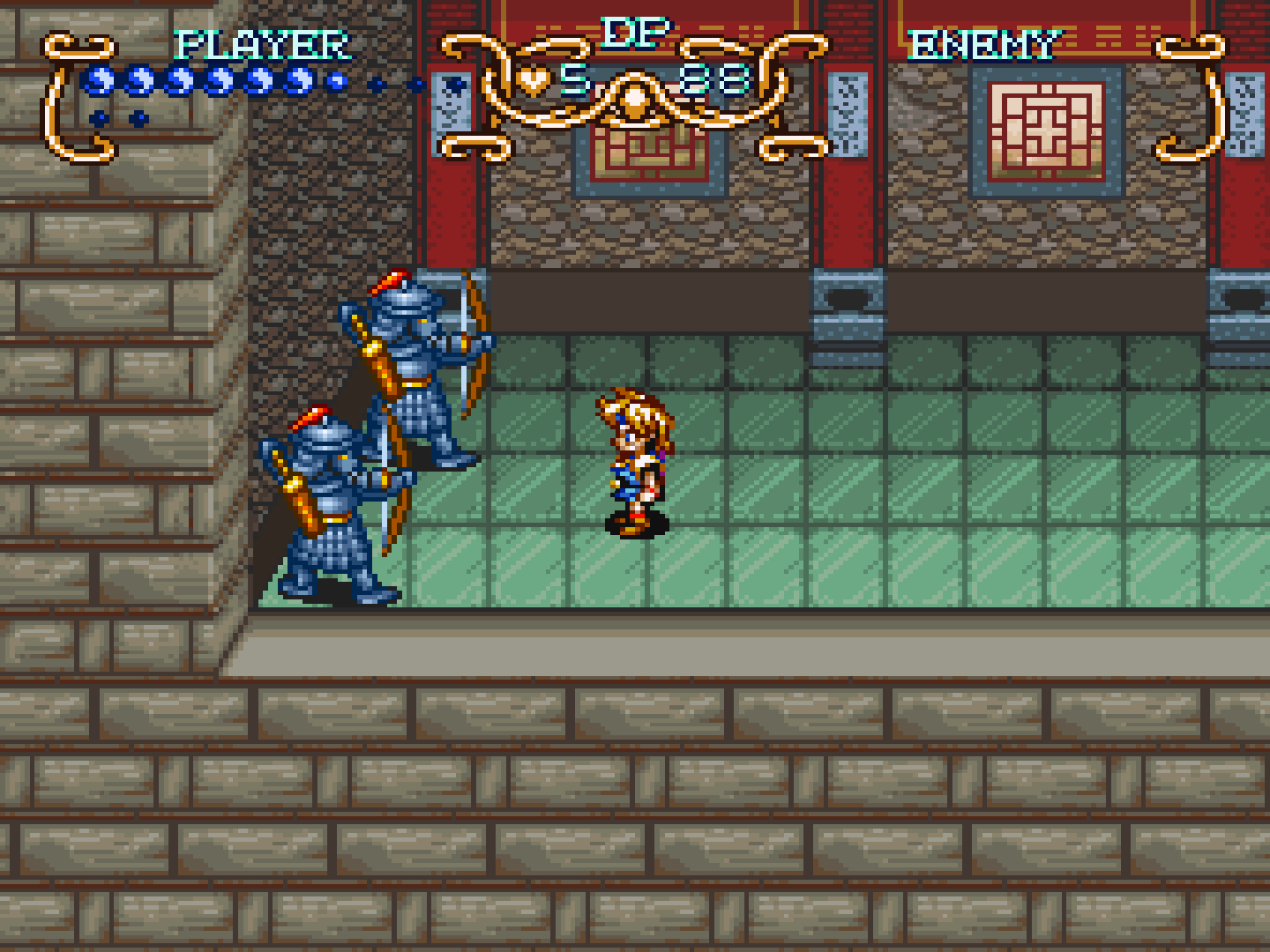 I let them have another shot before taking care of them and going back down to the sandpit.

If only I knew how to block enemies sooner, I would've saved Will a few times...

Up the third ladder we go... 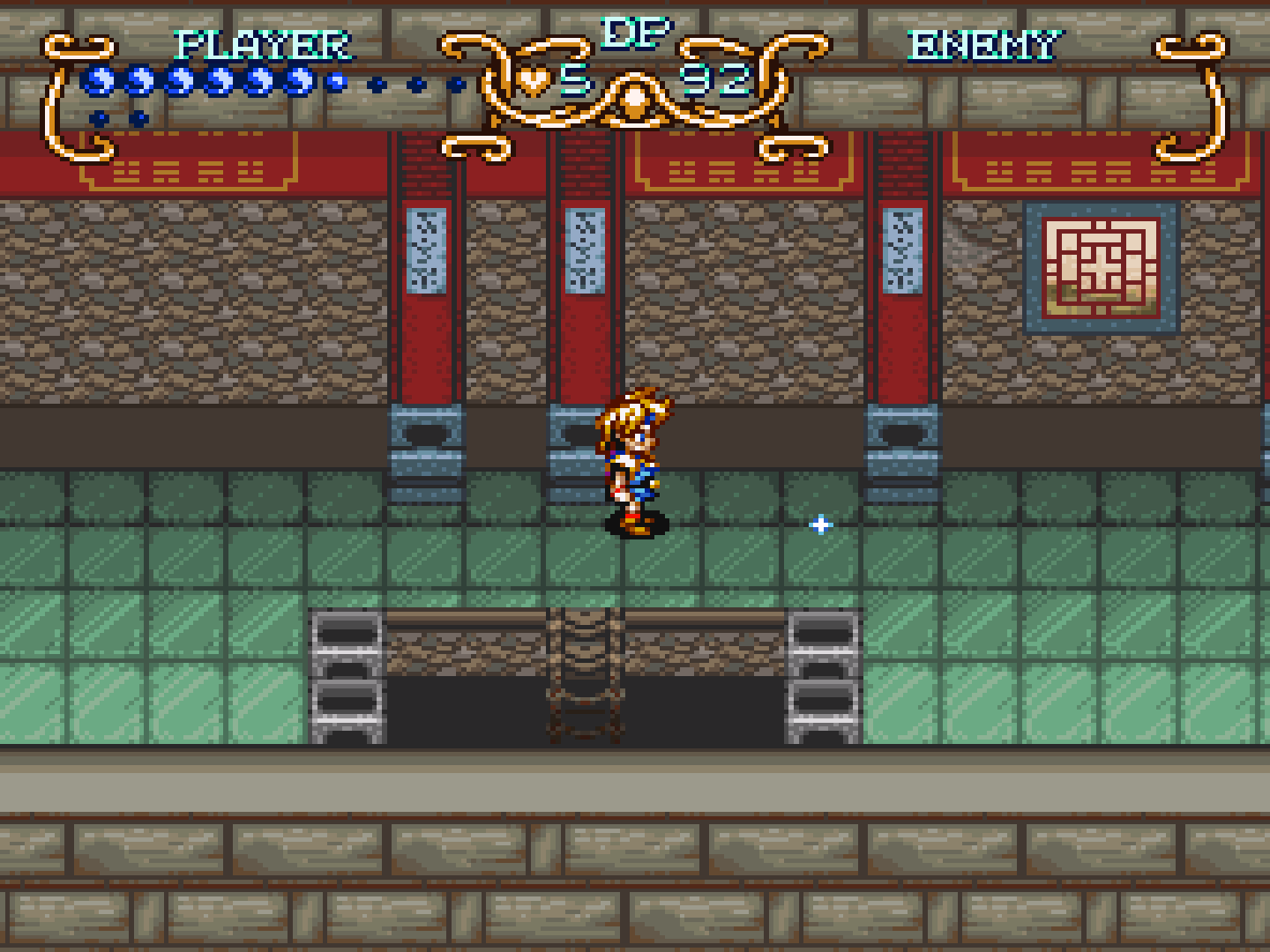 Will realizes it's Lance's necklace gift to Lilly! Will gathers the necklace stones...

Almost overwhelmed, I resort to using another herb!

I also see that our inventory has the necklace of stones.

After Will takes an arrow to the calf, we make our way up the wall again.

We're now on the other side of the wall...

One willowisp is taken care of... 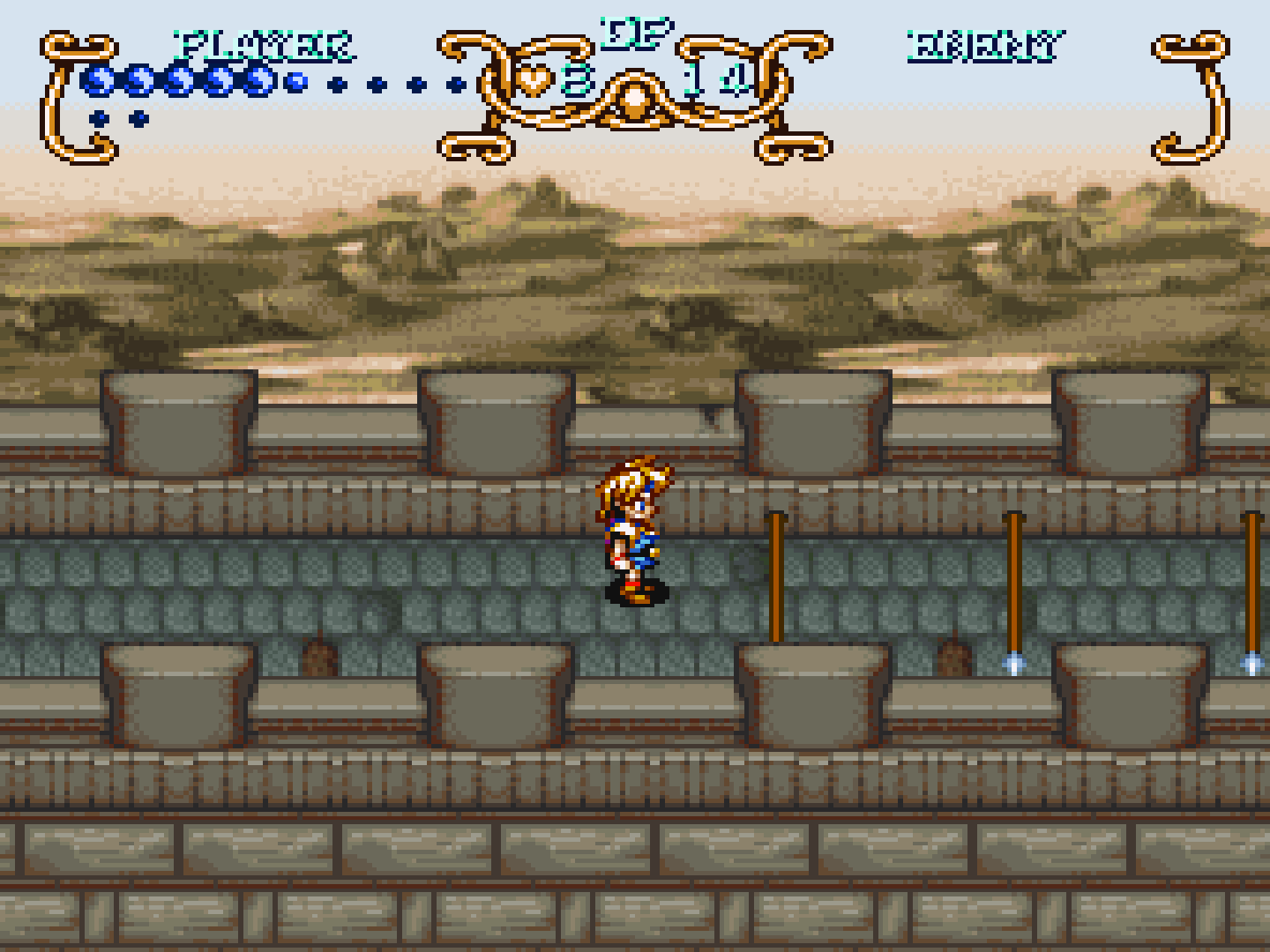 I have Will make it slowly through the traps.

The pause menu points out there's still enemies left in this area, so I double check around the sandpit and see two stray willowisps.

Clearing the area wins us another defense boost!

Exhausted, we return to Watermia and save at the Dark Space portal. My goodness, that could have been the end there if I didn't know how to block...