Inside the underwater tunnel we go! We cross into another tunnel... 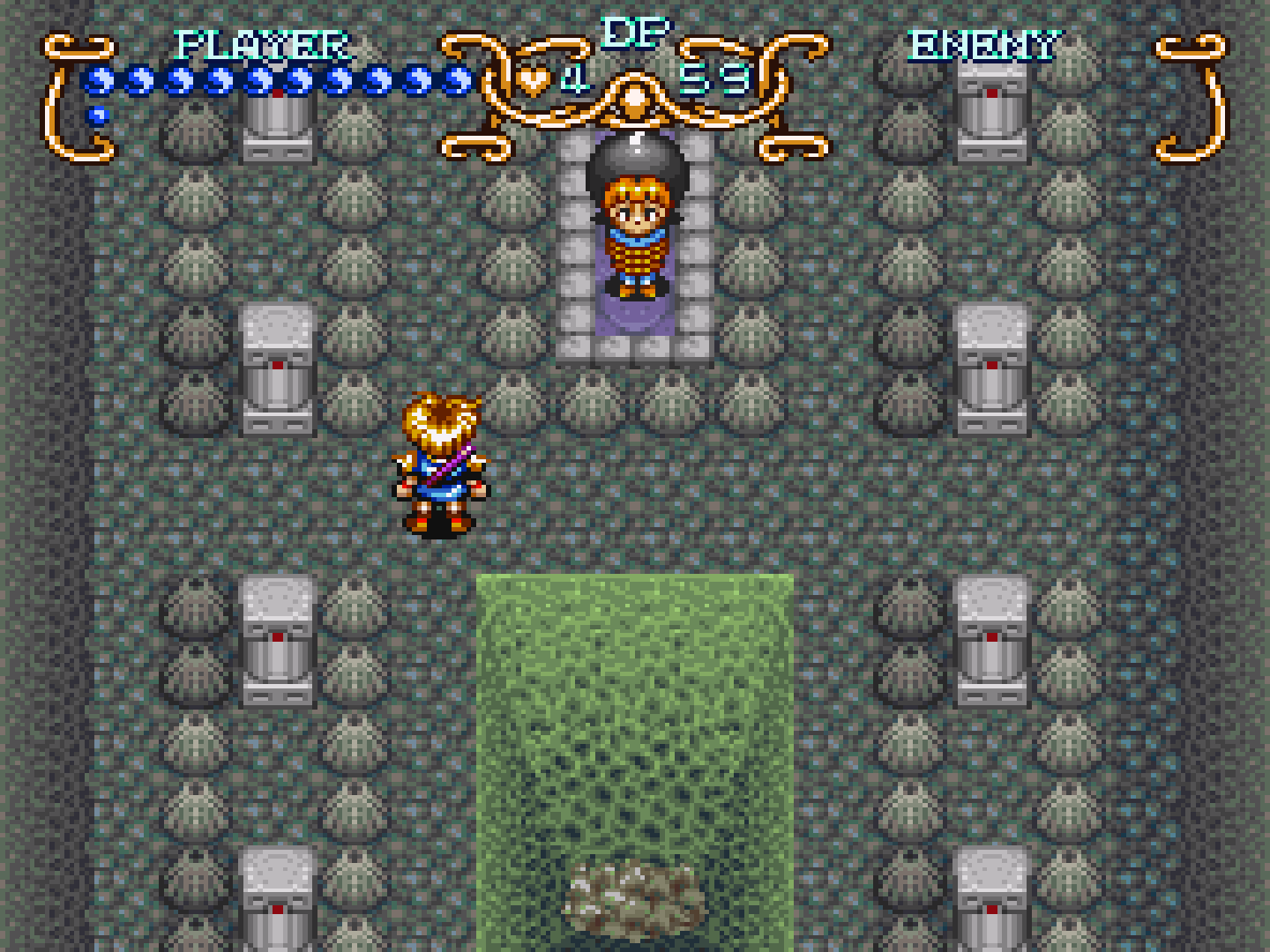 There's something pulsing behind him!

Erik's pleading us to save him! 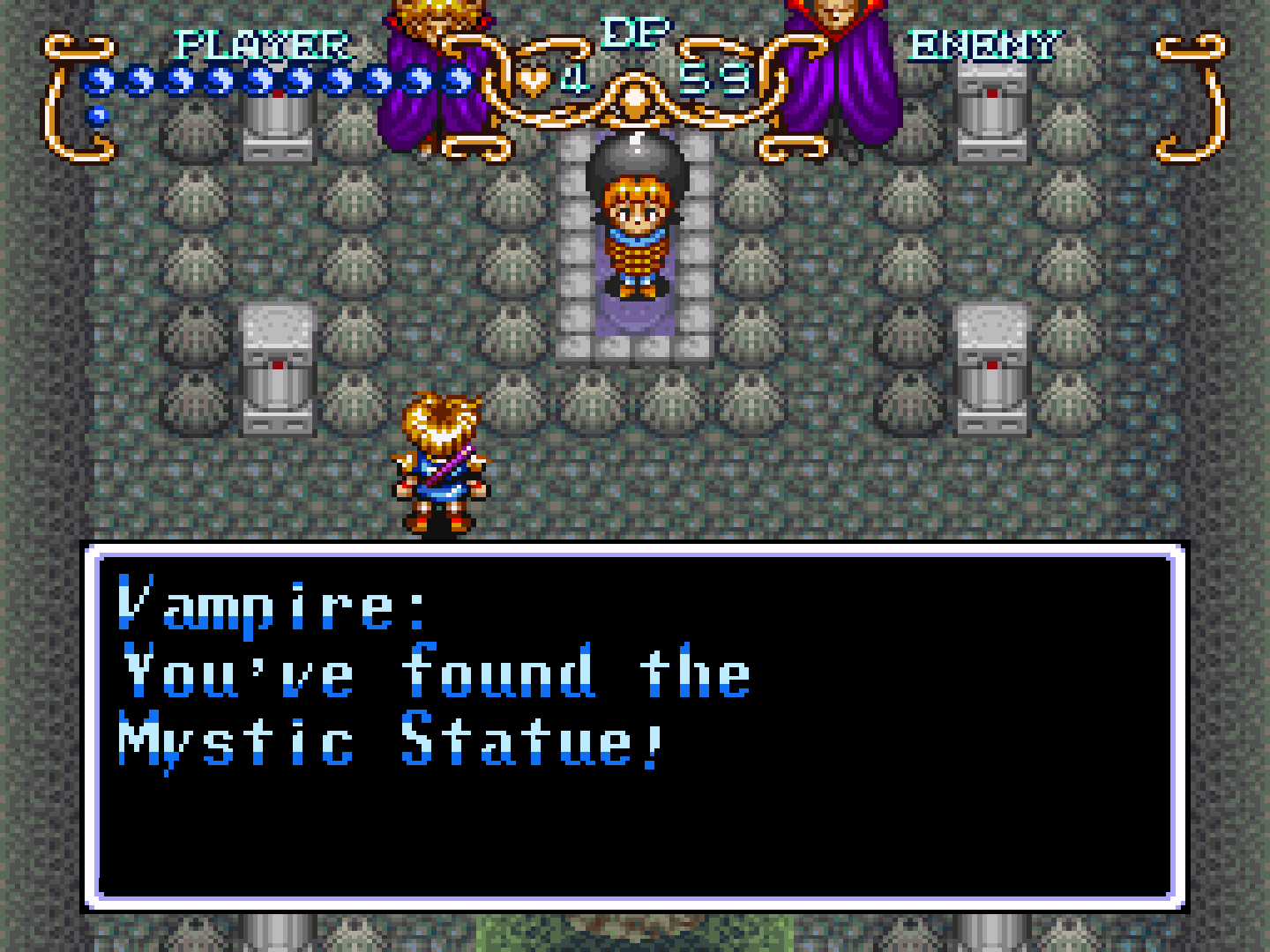 Vampire: "I thought that guy [Will?] who came to the palace was strange...we were right to let him go."
Vampiress: "What are you saying? You were drooling when he was here! You're always like that when young ones come! All you ever think about is food!" Hee.
Vampire: "So do you!!"

My goodness, these are two hungry vampires!

But the Vampire stops arguing with his partner, knowing they have us on our sights! They really want this statue!

I target the Vampiress first, but we have another problem... 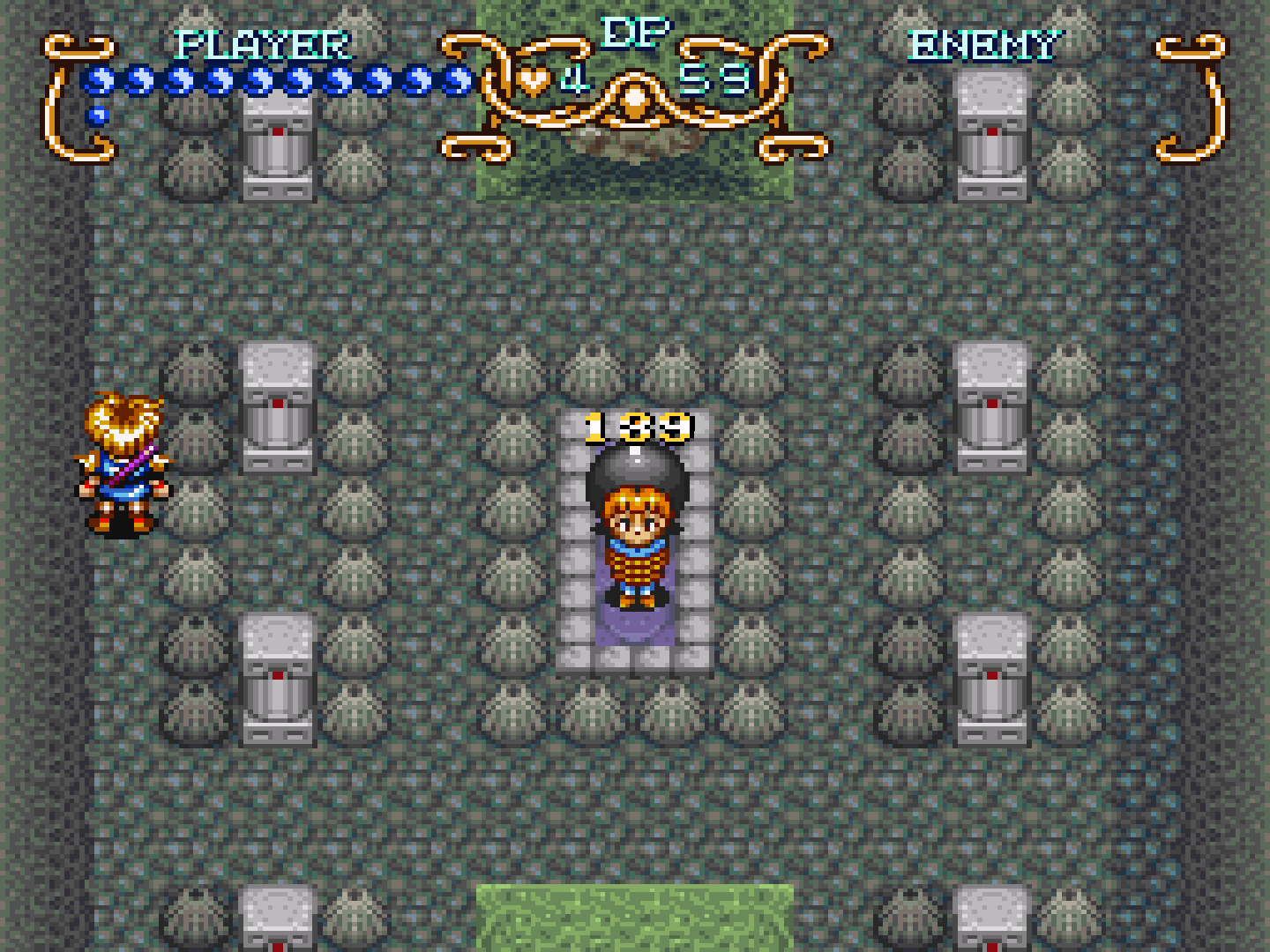 So we have to take care of the vampires before the bomb goes off...oh boy... 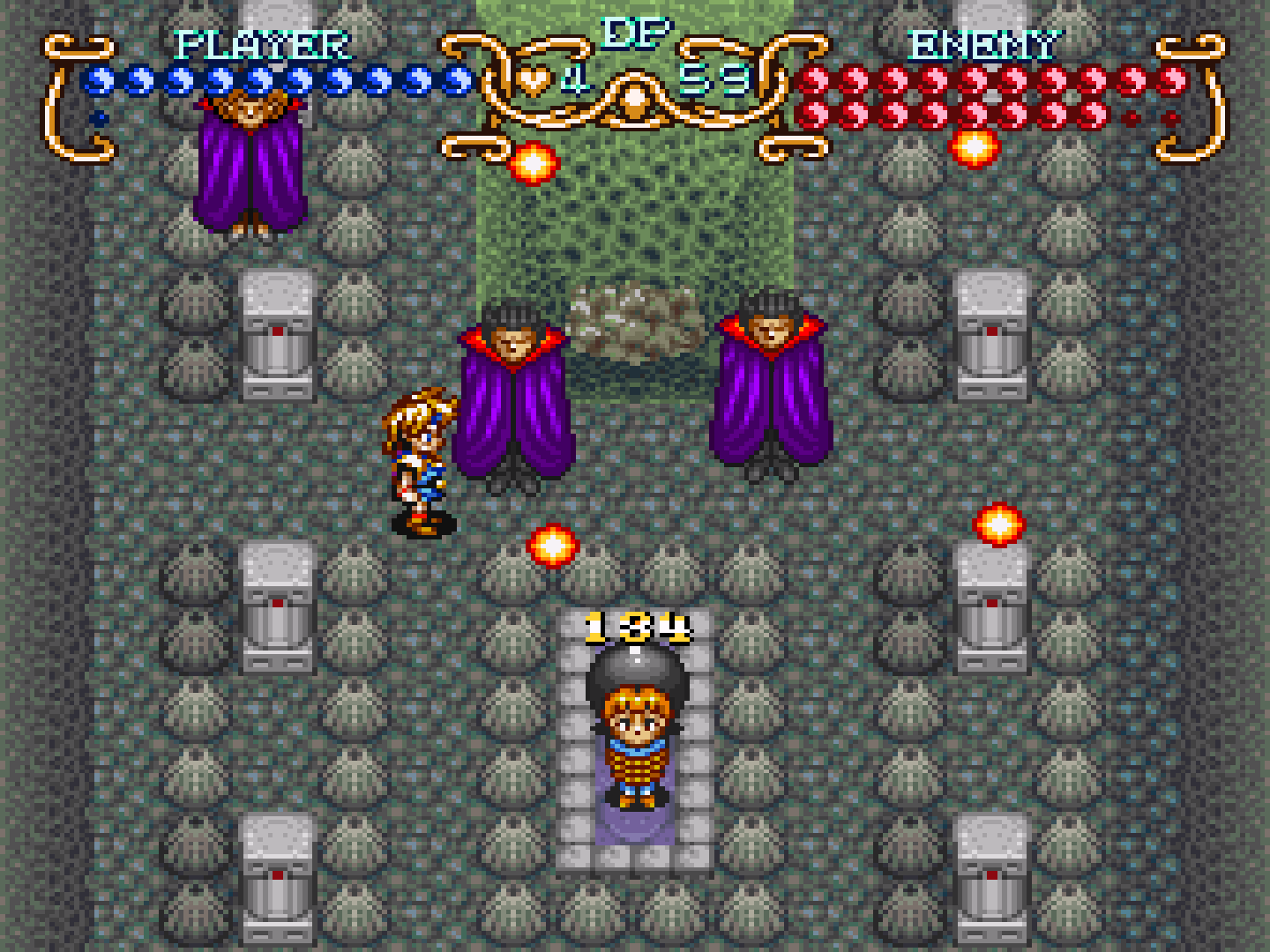 Plus, these vampires have a lot of health! Along with a variety of attacks up their sleeve!

I take care of the Vampiress first! But that makes the Vampire move faster!

Unfortunately, I fall as soon as 50 seconds remain...

When both the vampires are alive, they can perform a combo attack!

I rushed in a bit with my attacks. The duo also uses spinning fireballs to counter us after a few hits.

My new strategy is to take care of the vampire first. Though the vampiress is the easiest, the vampire moves more quickly and is more dangerous when she's defeated.

The combo attack deals a lot of damage, so I need to be careful of that move!

I decide to stop here for now...