With the statues in place, we warp back to the graveyard.

What could we find here?

Wait. Maybe the vampires are waiting for us to get the Mystic Statue. If it's here, they'll know we have it and then they'll try to take it from us.

I decide to spring the trap, and find the statue.

I speak to the statue head. 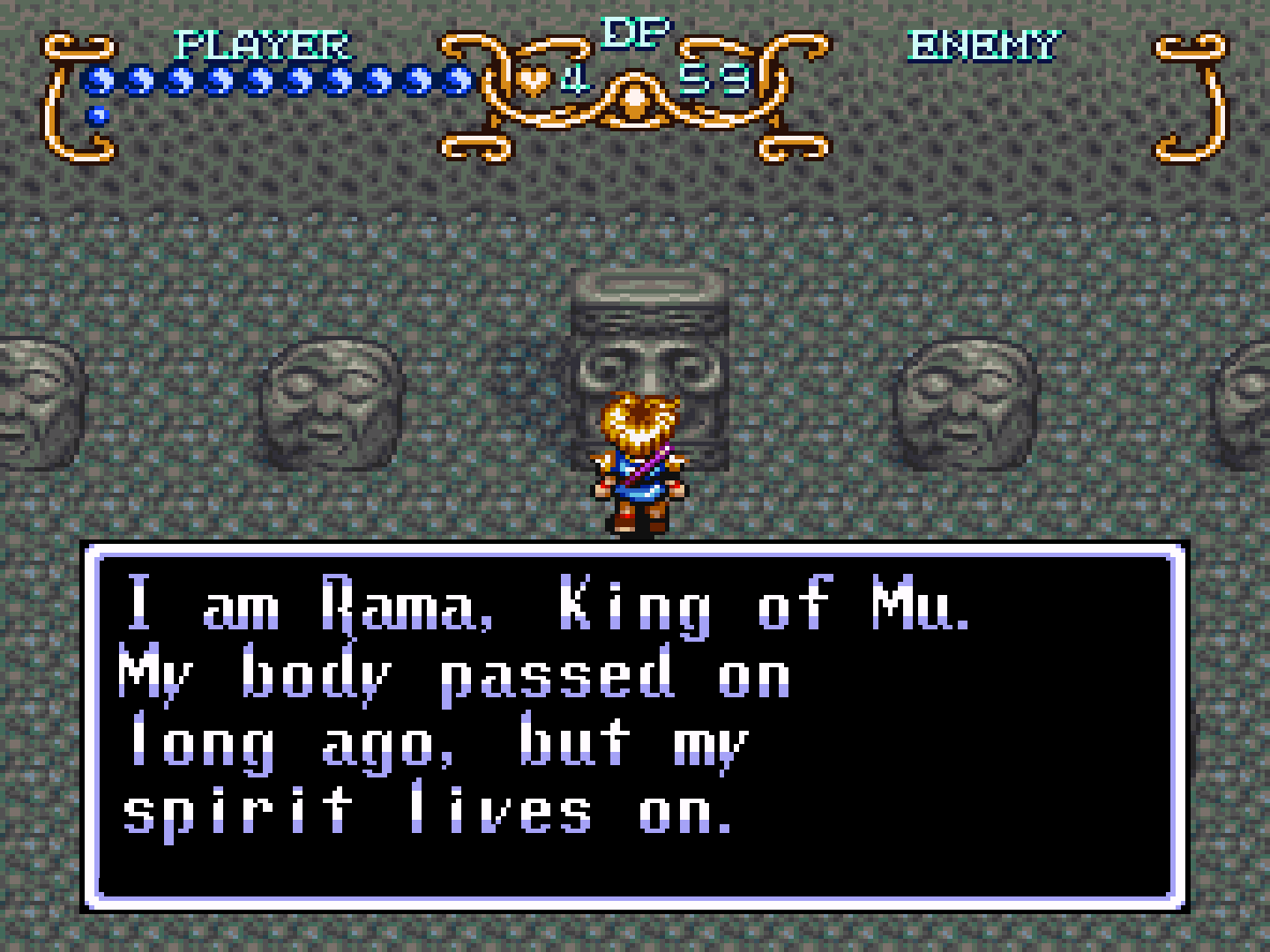 Rama: "I am Rama, King of Mu. My body passed on long ago, but my spirit lives on. If you look closely, you can see wandering spirits."

The spirits begin to appear! 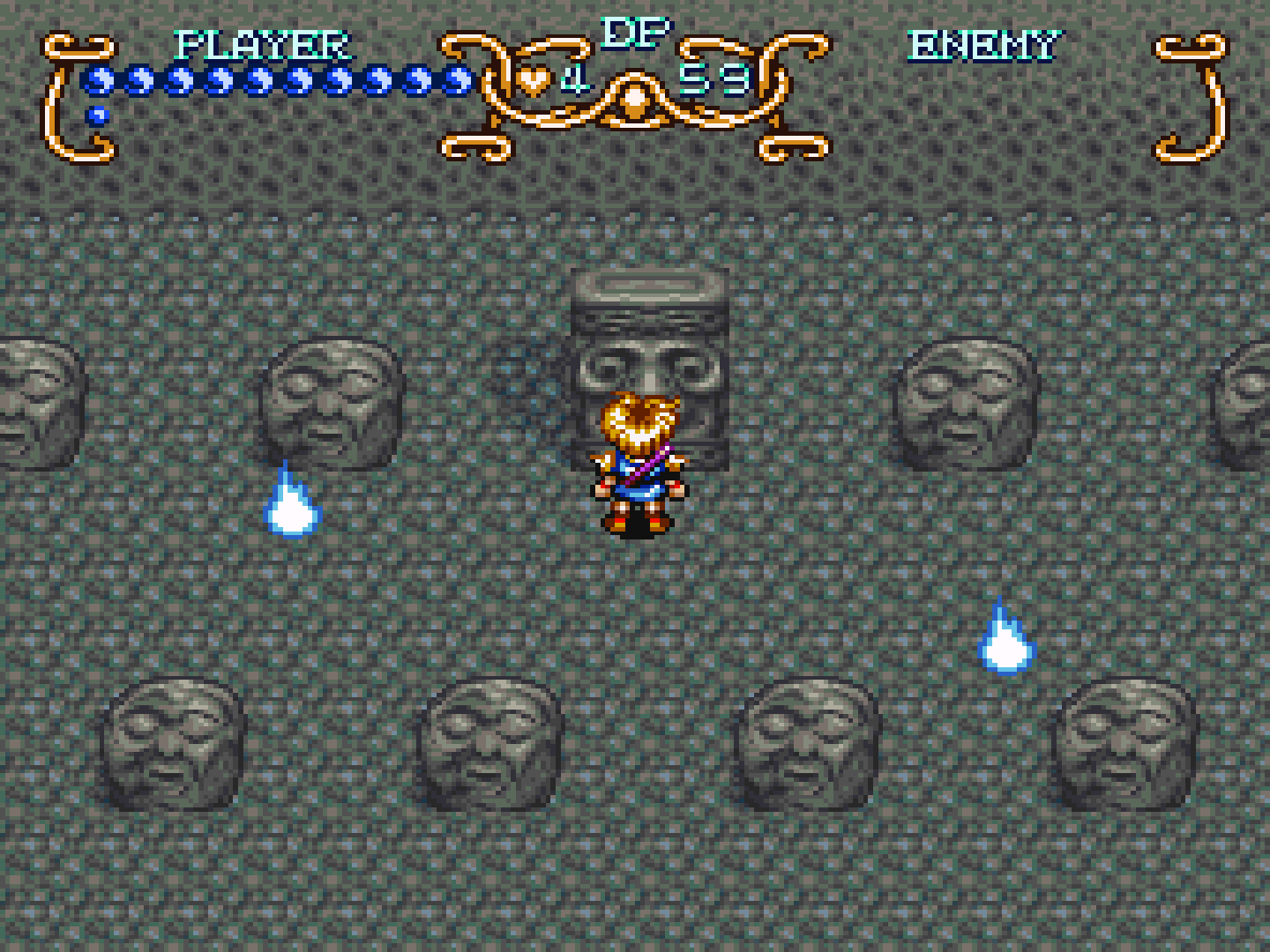 I talk to one spirit, who mentions a "single ray of light... from the sky." They called it "the light of the spirits." I'm thinking that's the comet...

Another mentions what happened to the citizens of Mu. Different fates from turning to stone, to turning thin, to turning into water. So the enemies we've been attacking were once Mu's population. 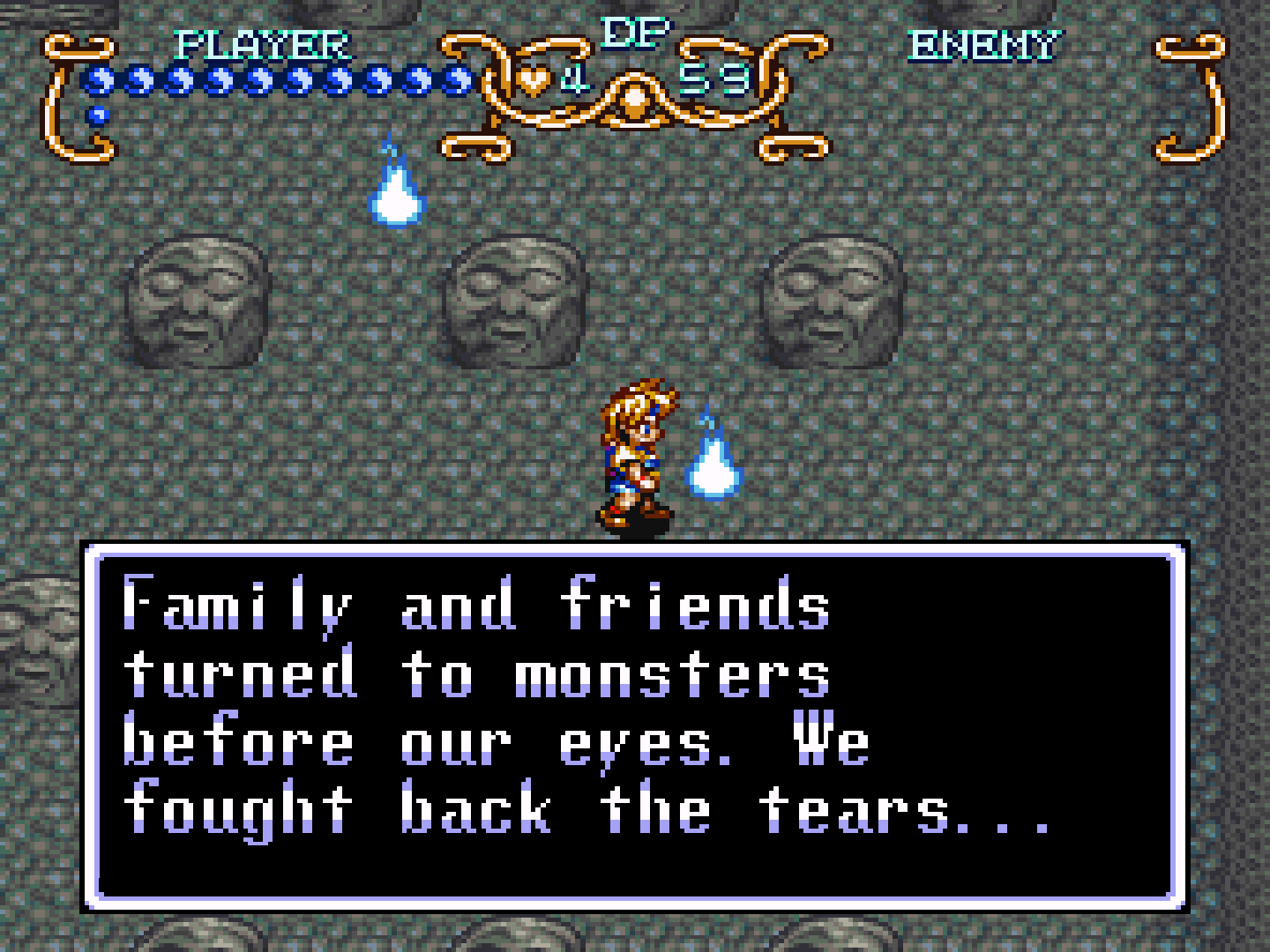 One spirit mentions almost everyone gave in. Others decided to leave Mu. But there were no other places that they knew where to go to. Plus, they couldn't make a boat, as Mu was an island made of stone. 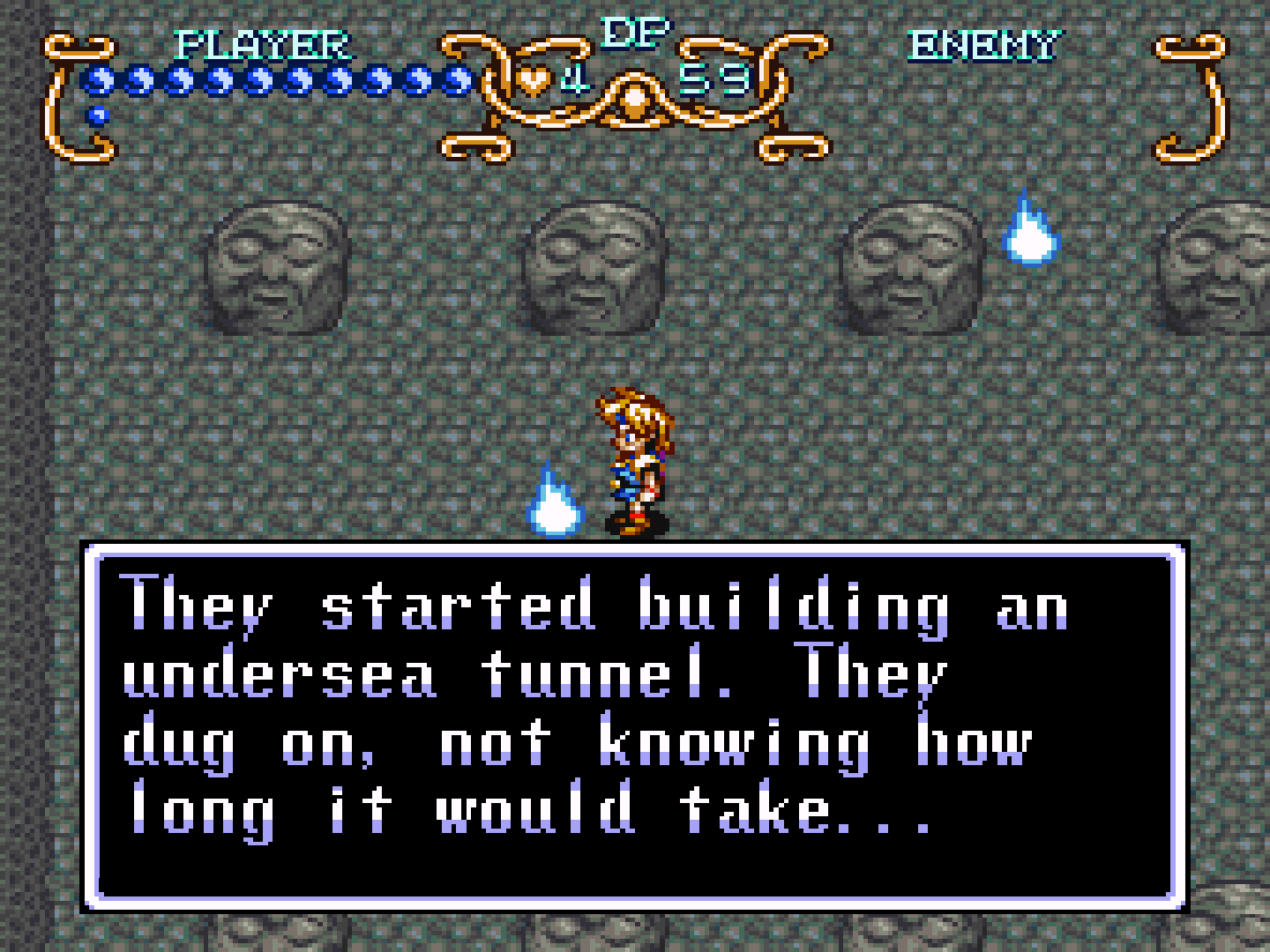 So the Seaside Palace was actually created by the people of Mu...

So that means Sam and his brothers used to live in this island.

We speak to Rama again.

Rama: "The underwater tunnel dug by man is inside. Please take this Mystic Statue."

A flash of light, and a tunnel appears behind Rama! 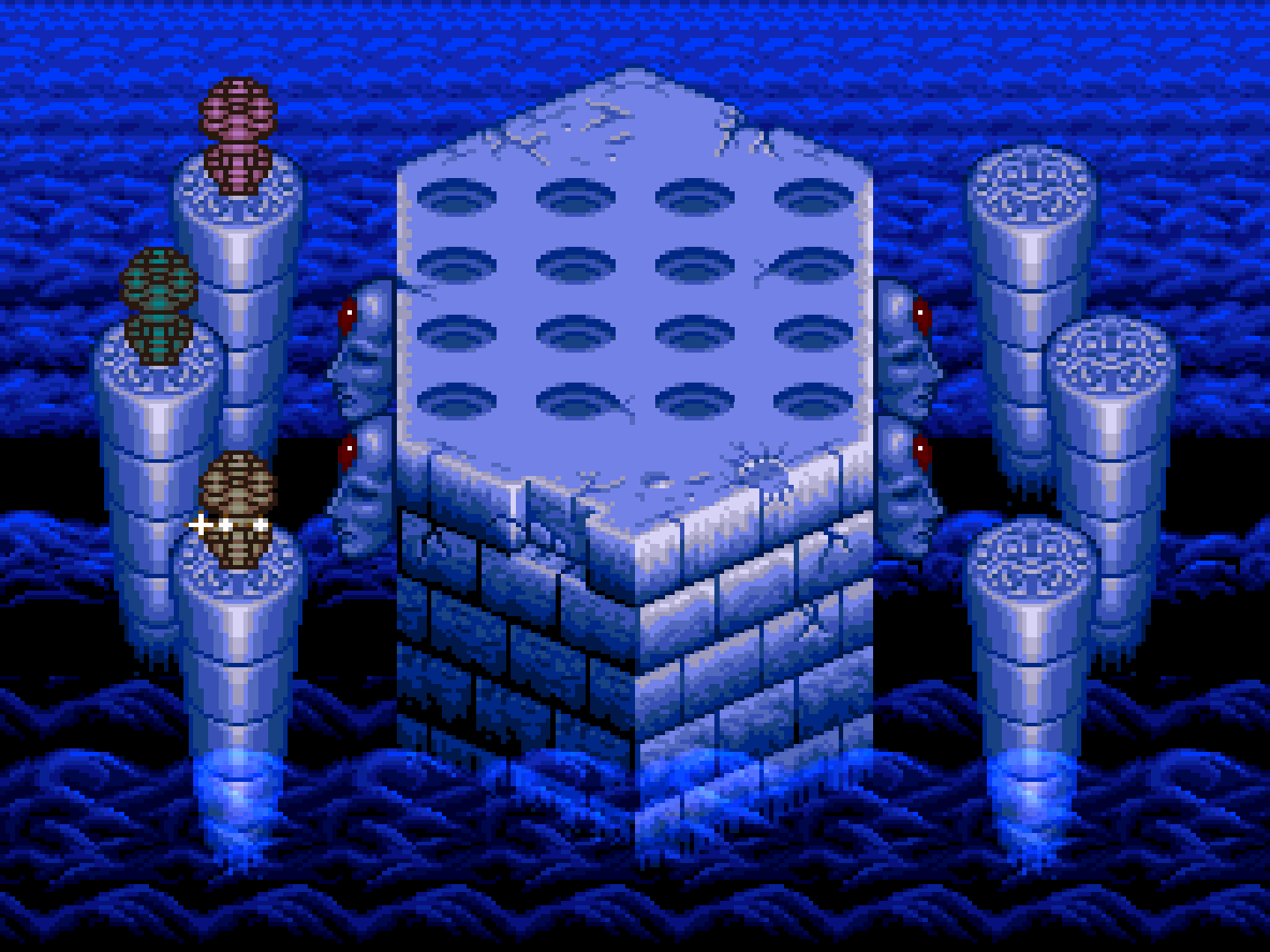 Rama's gone, as are the spirits.

I save again before going inside, knowing we'll be facing the vampires next. 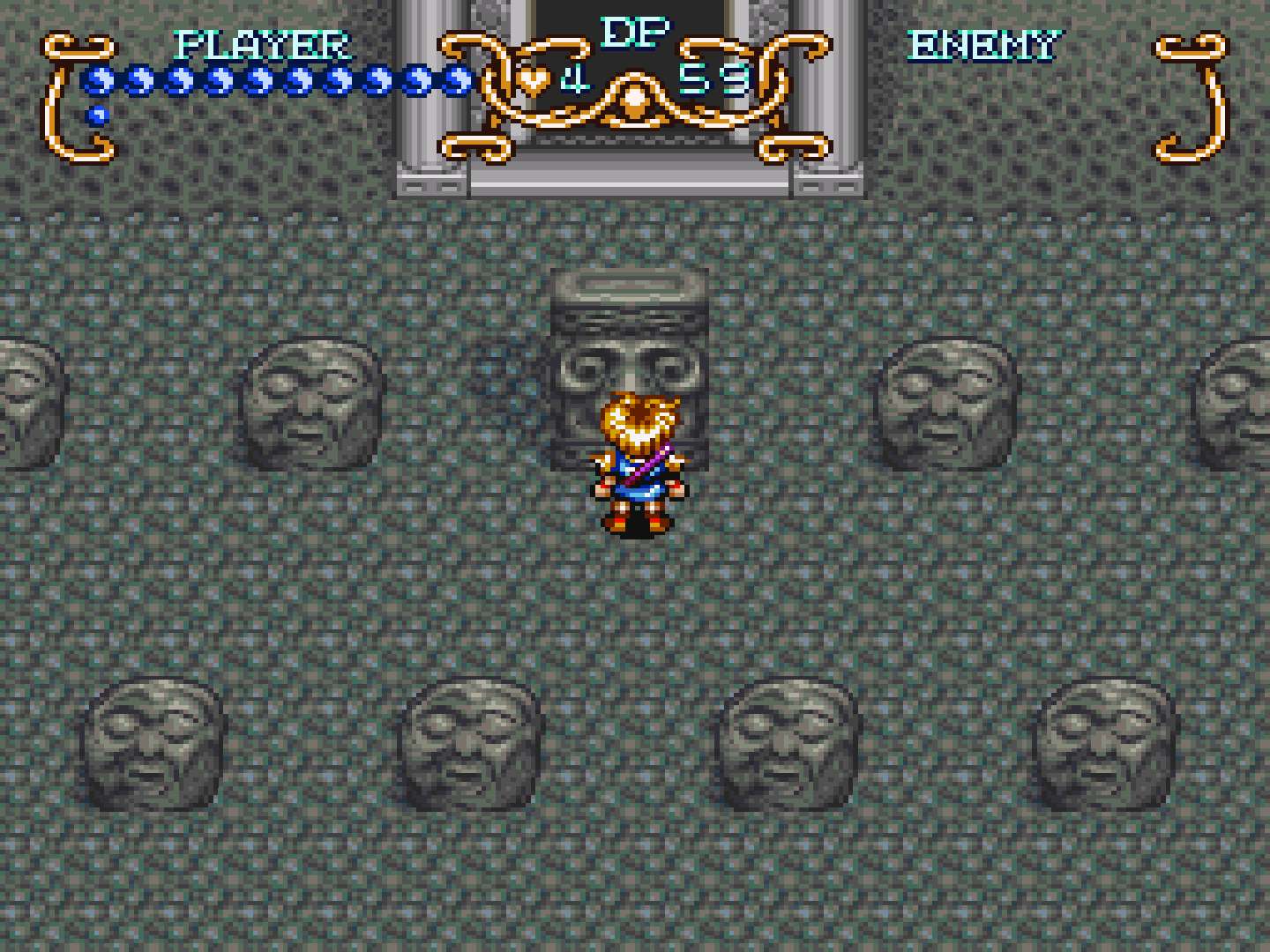