I go into Will's house.

So those are either Will's parents or grandparents in that photo... 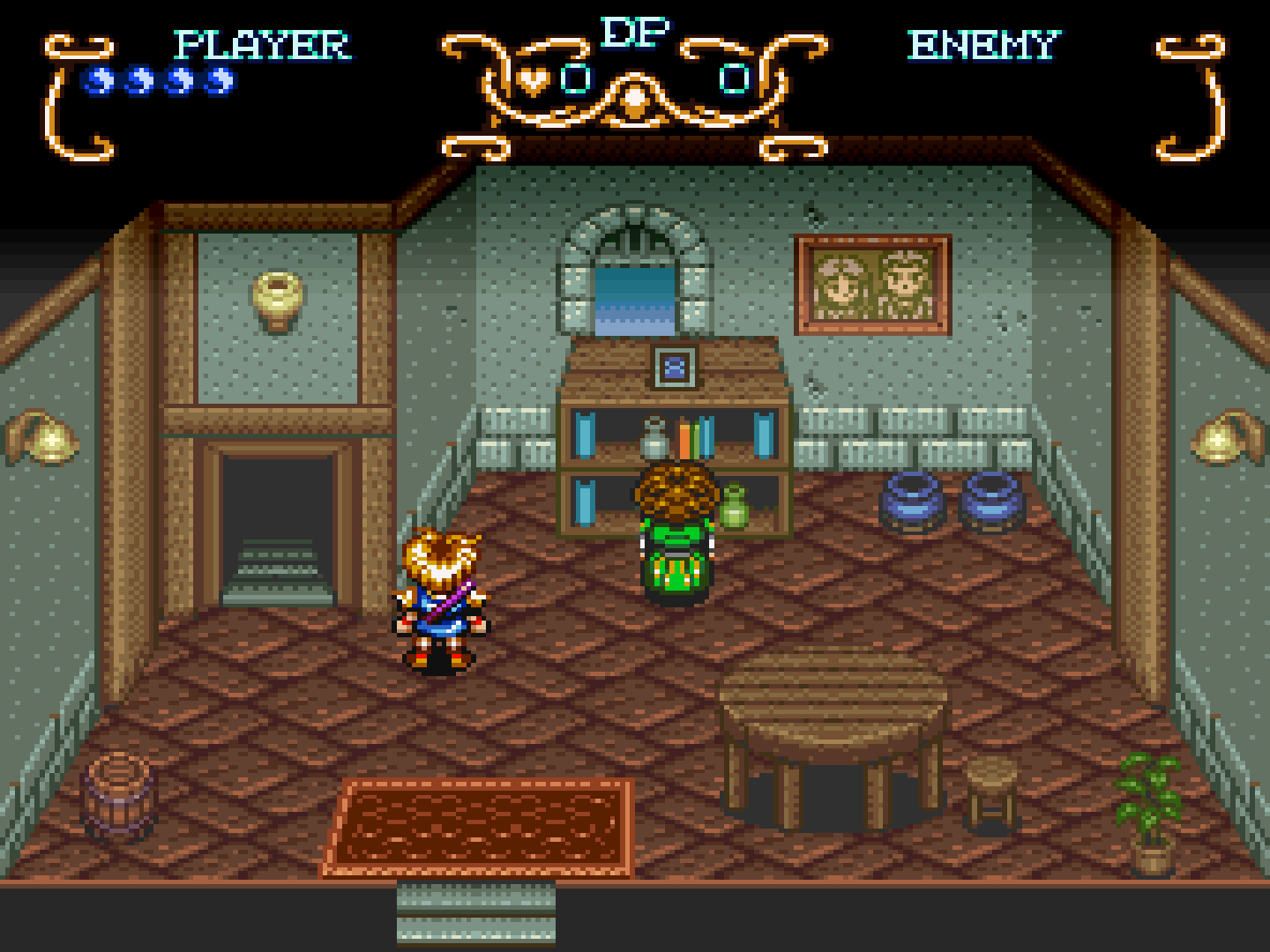 We head upstairs, and talk to Will's grandpa Bill, who knows that Will had to stay late for school. 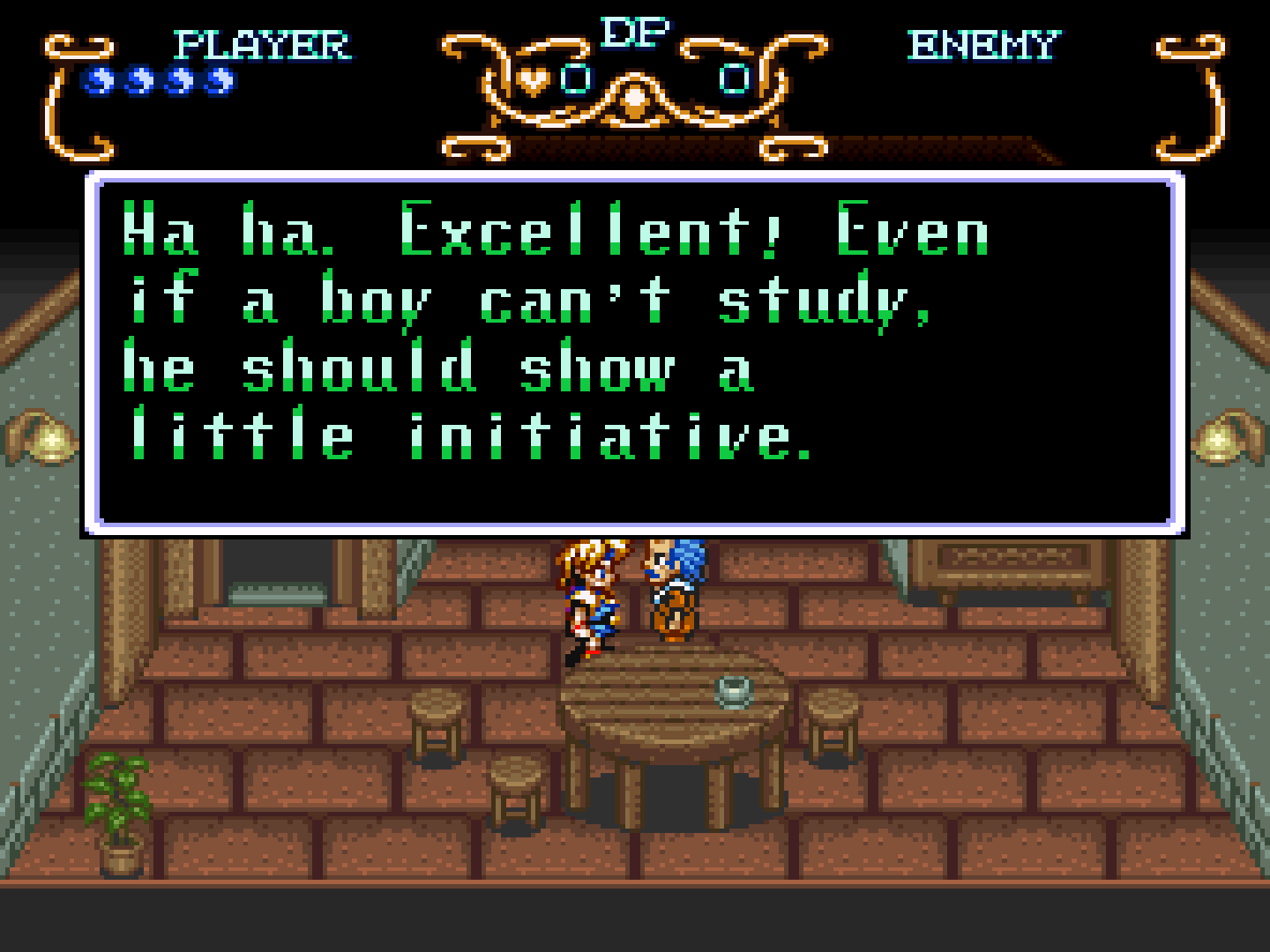 I wonder what he means by "showing a little initiative"? Maybe he means "to face danger and consequences head on"?

Off to Will and Friends' Hideout!

Will's friends are playing card games again (could that be Yu-Gi-Oh or Cardfight!! Vanguard they're playing?).

Lance tells us we're late, and says he's focused on trying to beat Seth at cards. 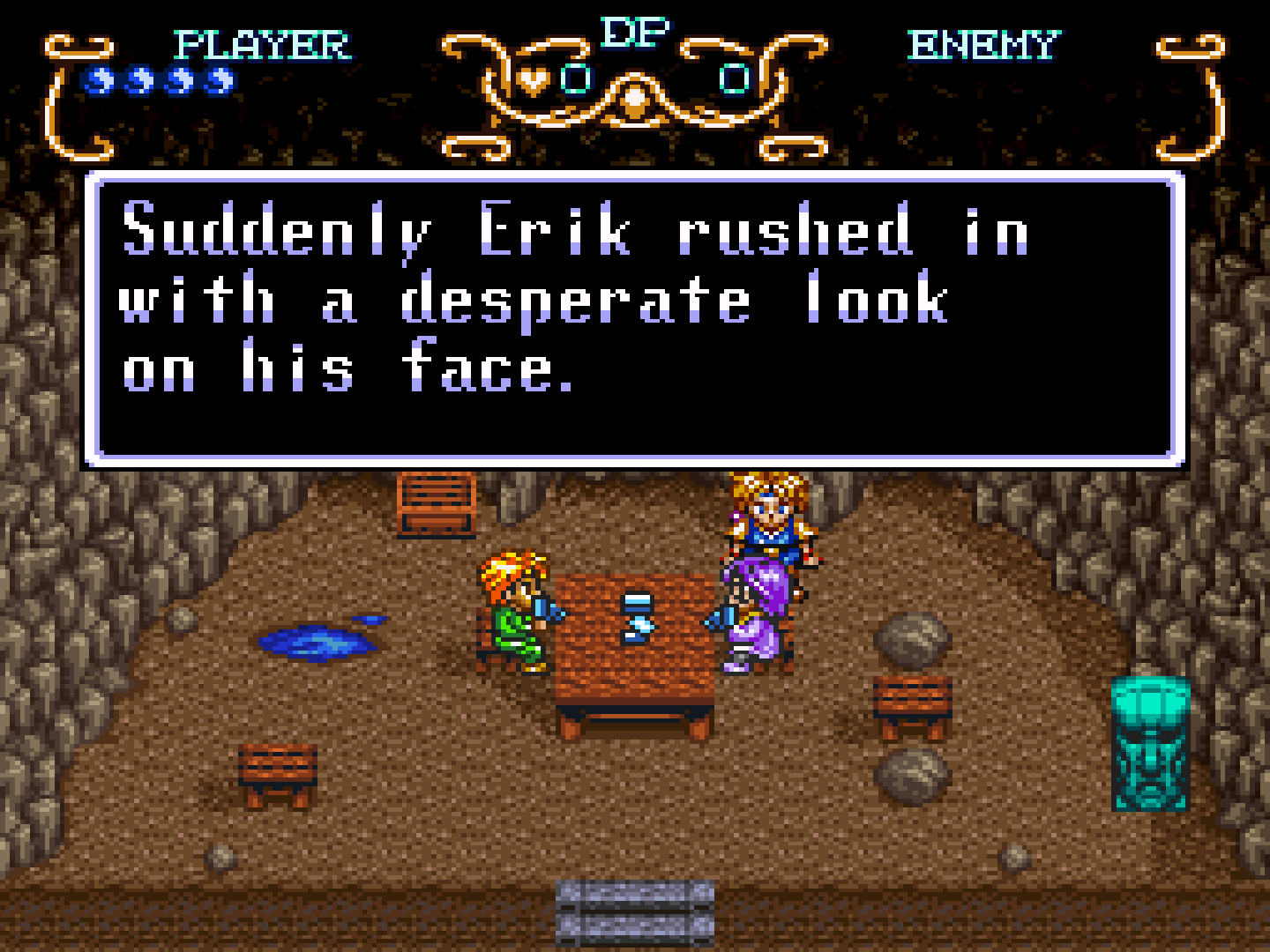 Erik, gasping, tells us some news... 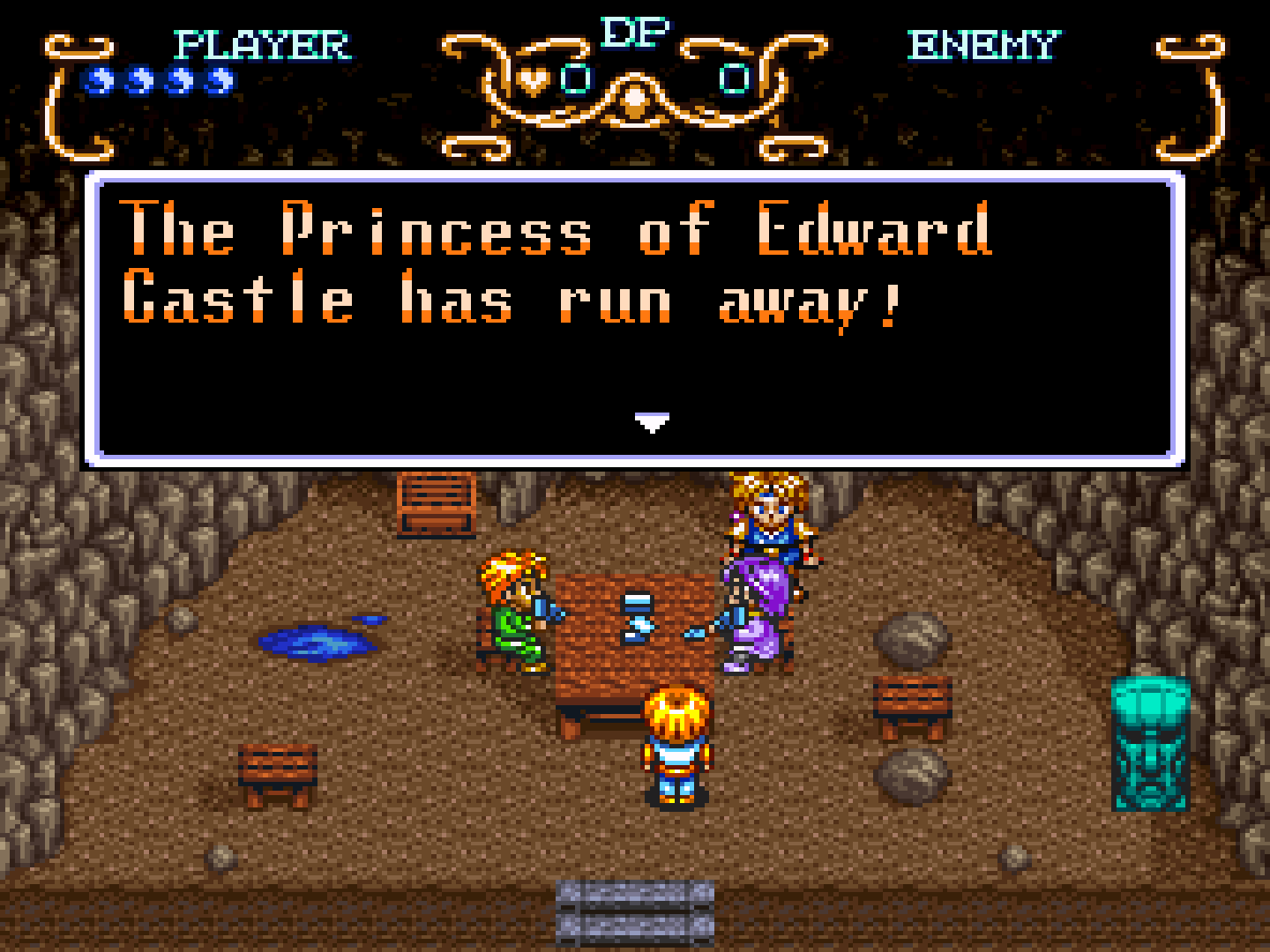 Erik: "They say she came to South Cape!"

Lance is nonchalant by the news.

Lance thinks the runaway princess is Kara, who thinks Erik is in love with. Erik's not amused. 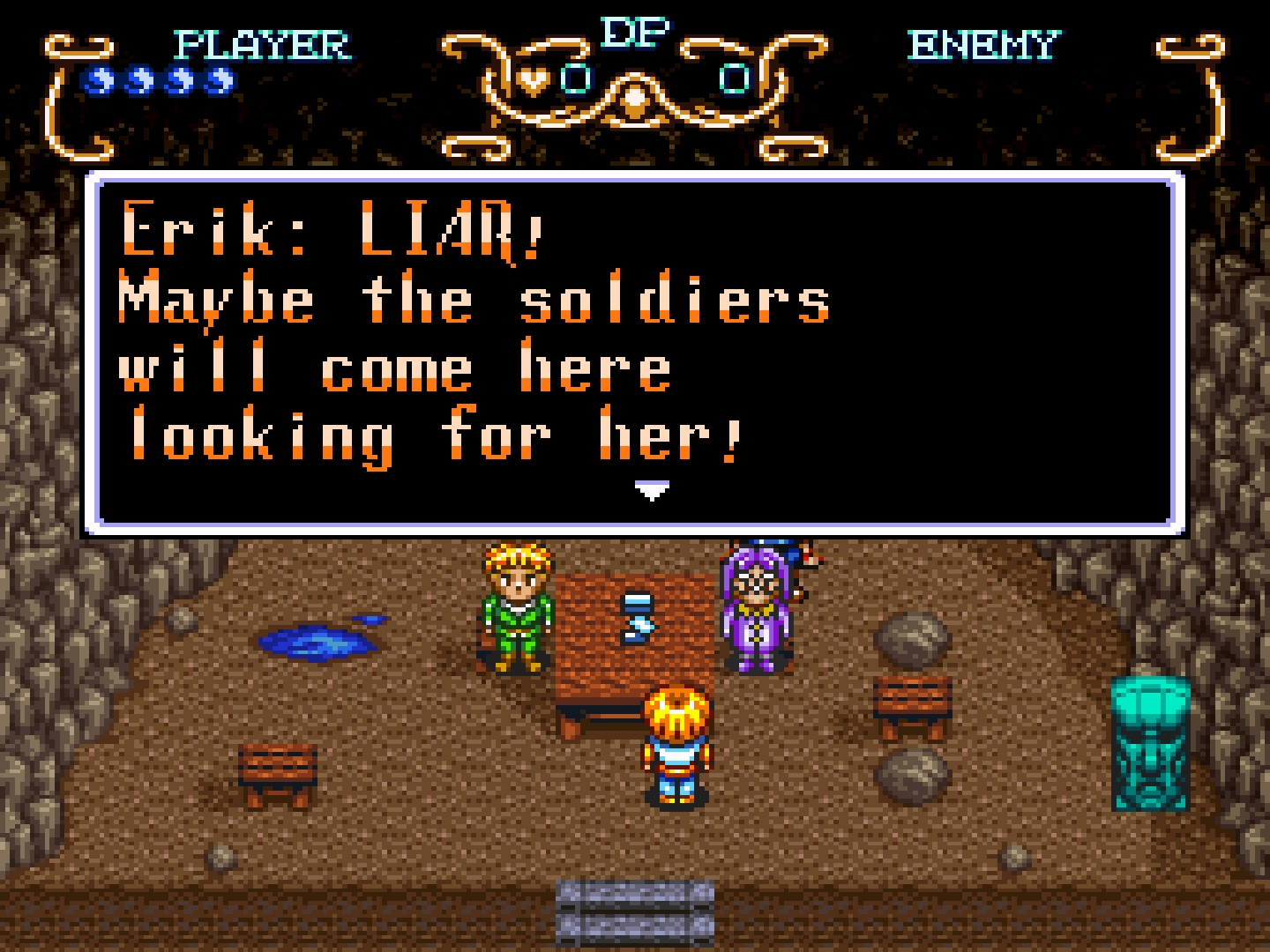 But Erik wants to see the soldiers' "cool" looking helmets!

Erik comes over to the table, and the friends decide what they should do. Erik goes first. 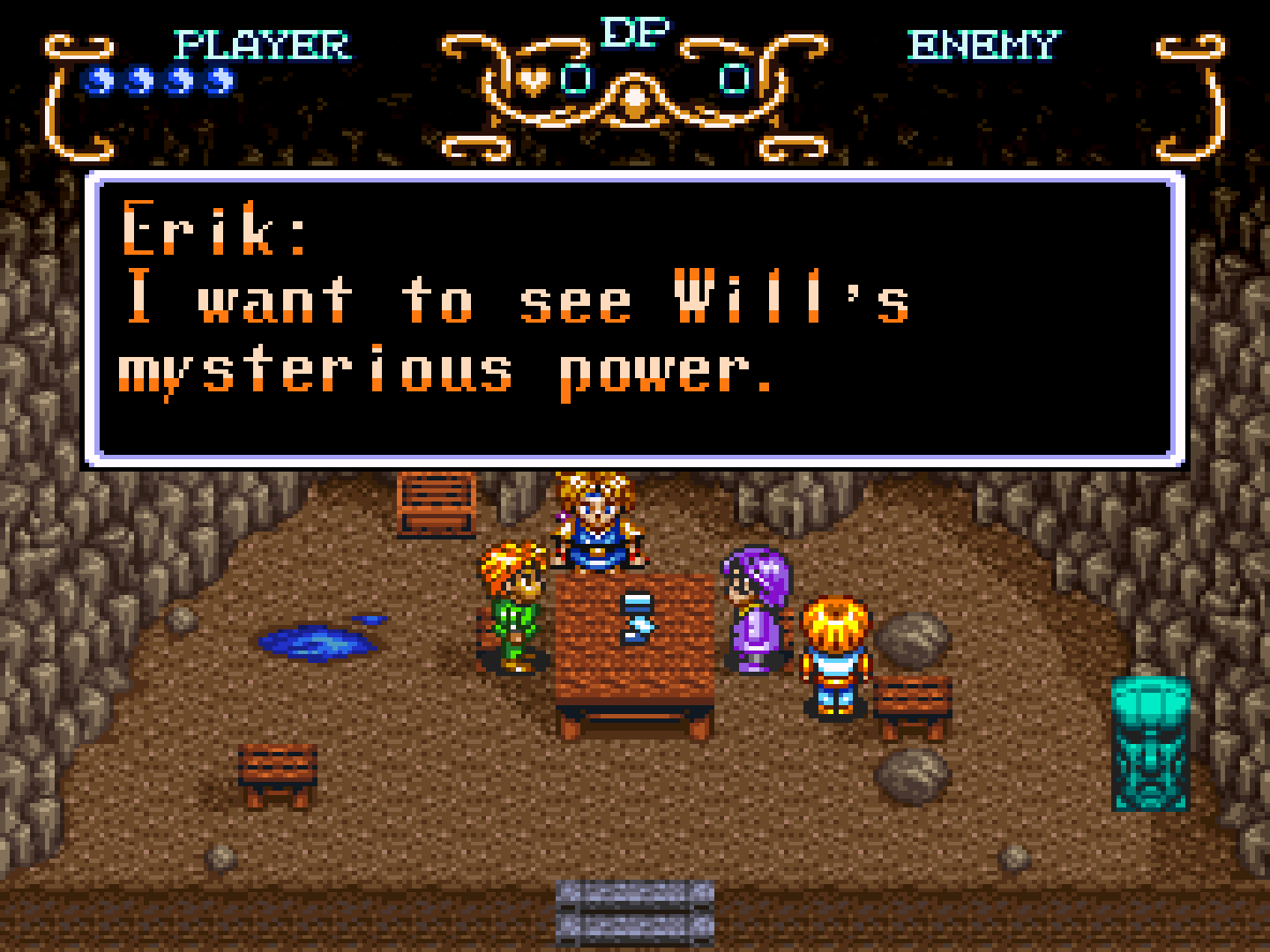 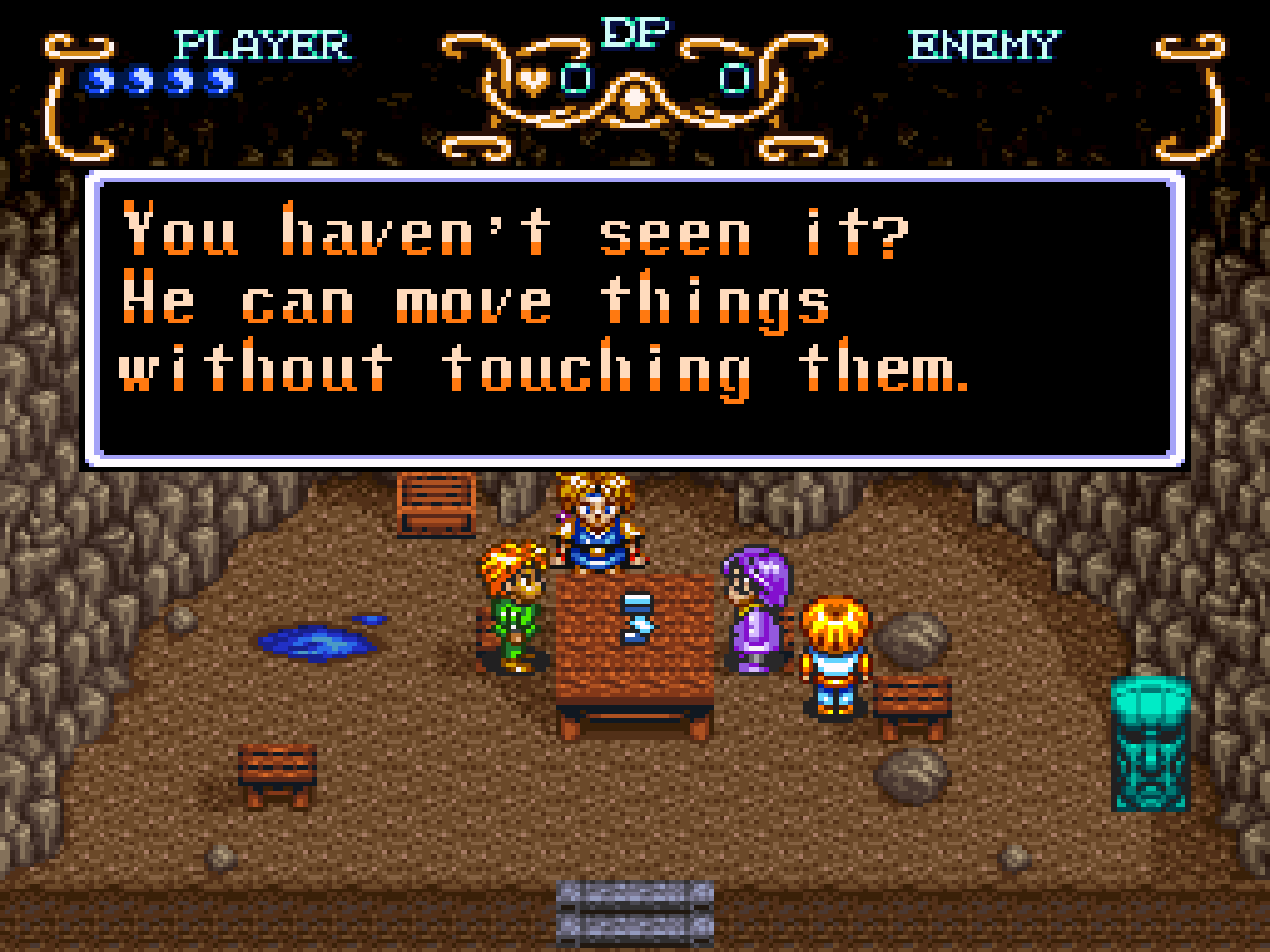 So Will has psychic powers, or is he Force-sensitive?

Lance mentions that Will moved the statue located at the corner. He asks Will to do a demo of his powers again. 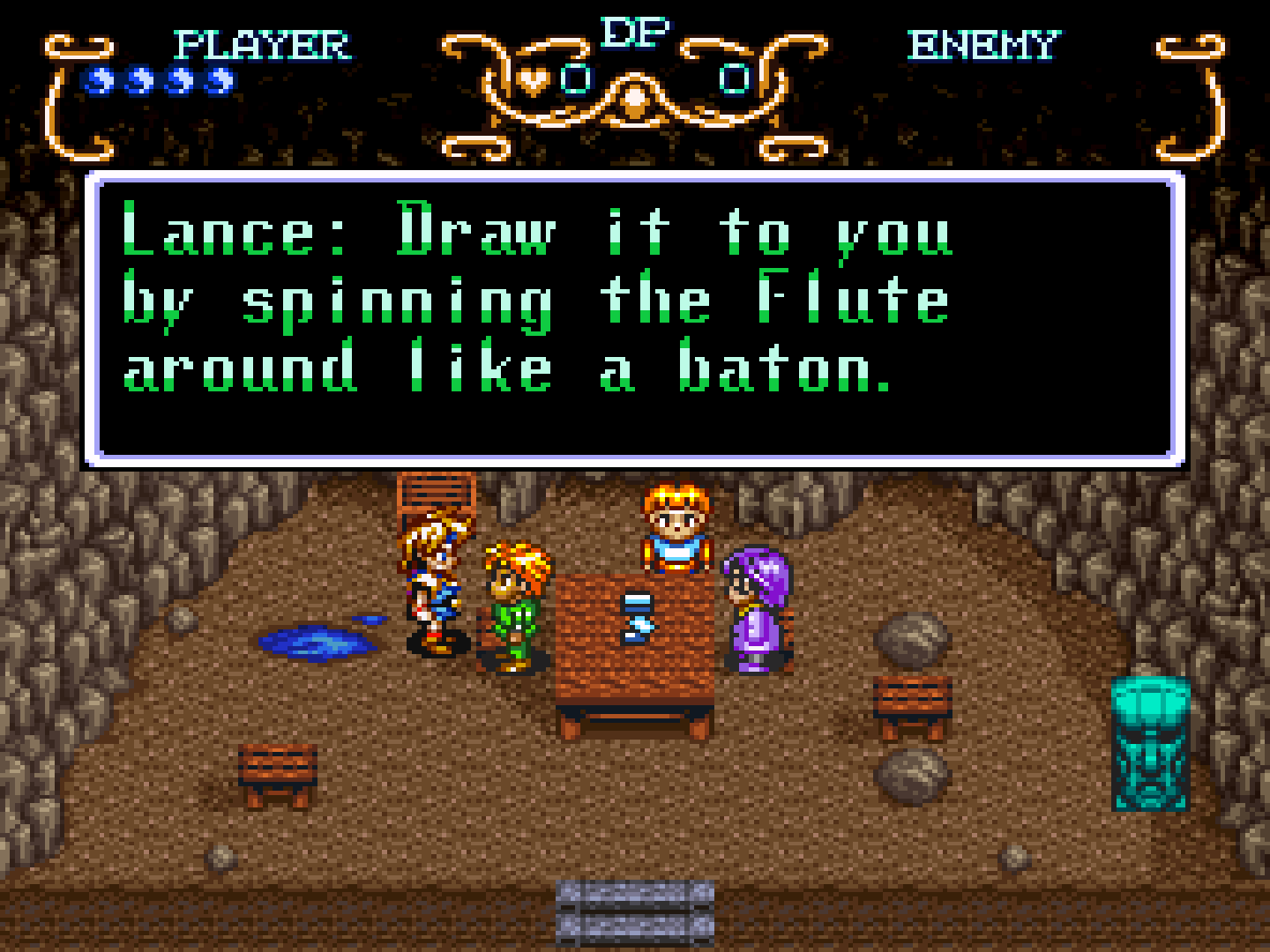 Seth tells us to use L or R to move the statue. I do so.

The statue moves! Everyone jumps!

Seth is curious about one thing regarding Will's powers. 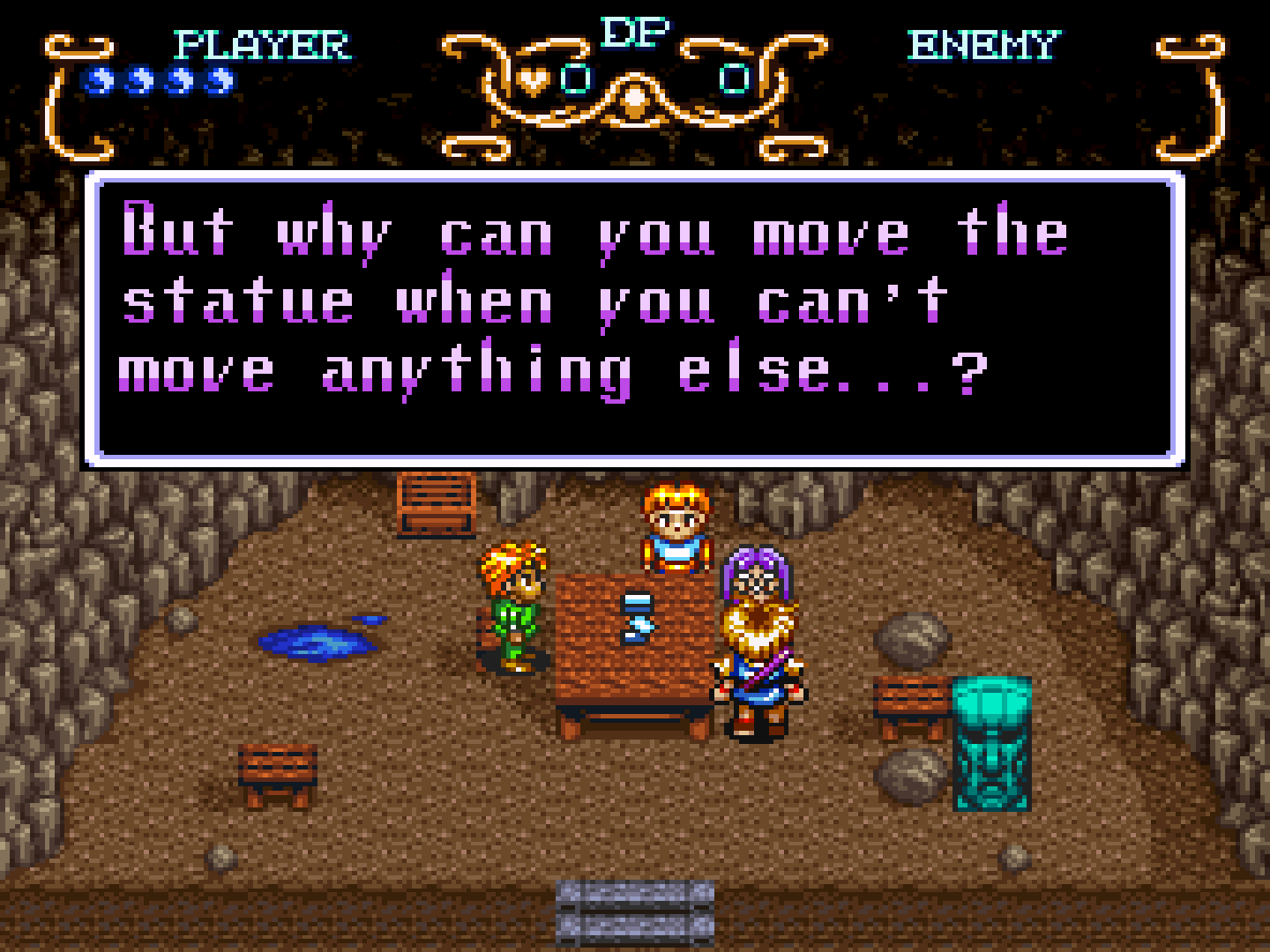 Lance tells us to draw a card, and find the Ace of Diamonds in one of the cards...

He lays four facedown cards on the ground. 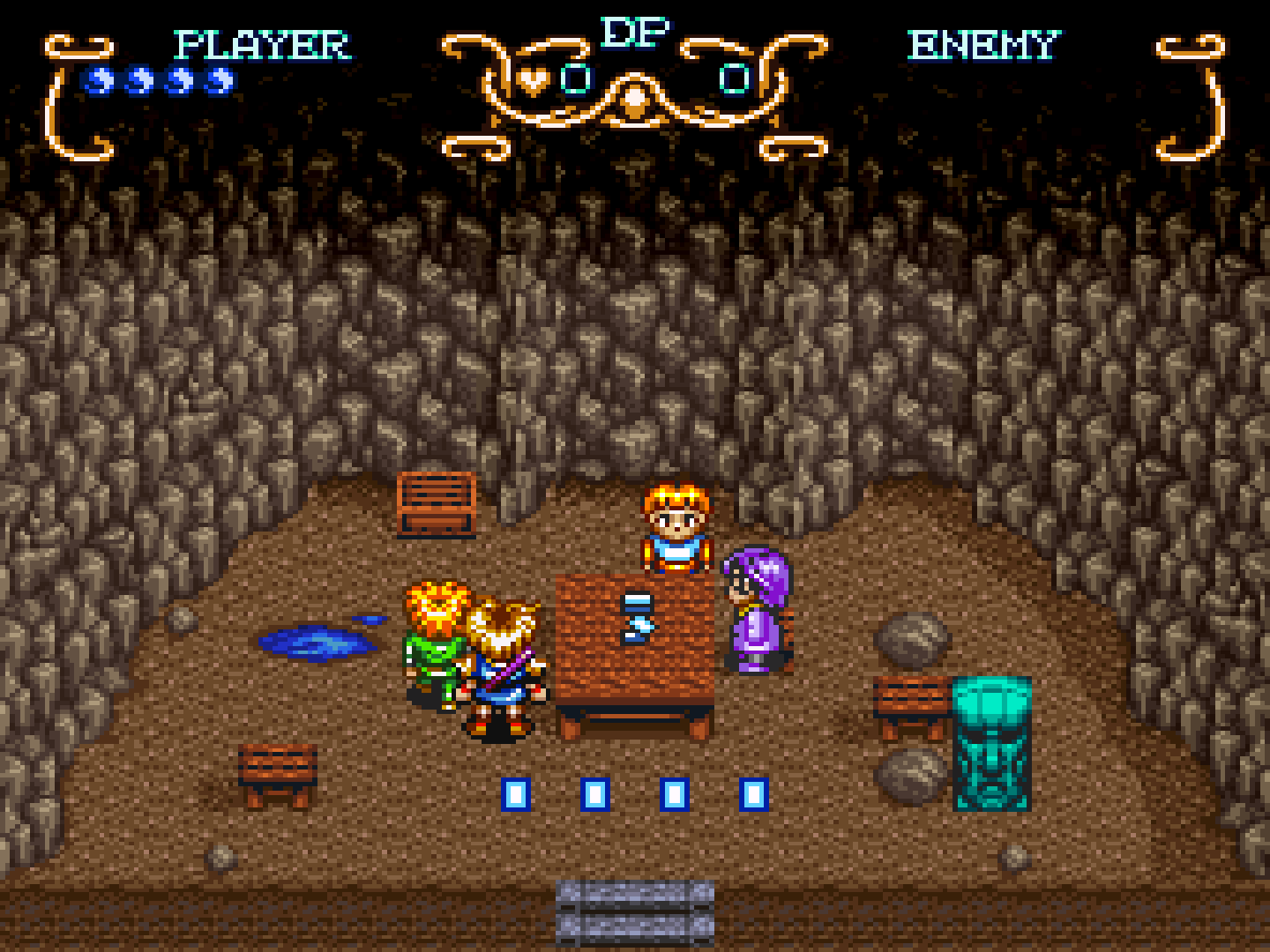 I have Will choose the second left card, which has the Ace of Diamonds! Oh my god! Is Will really Force-sensitive? 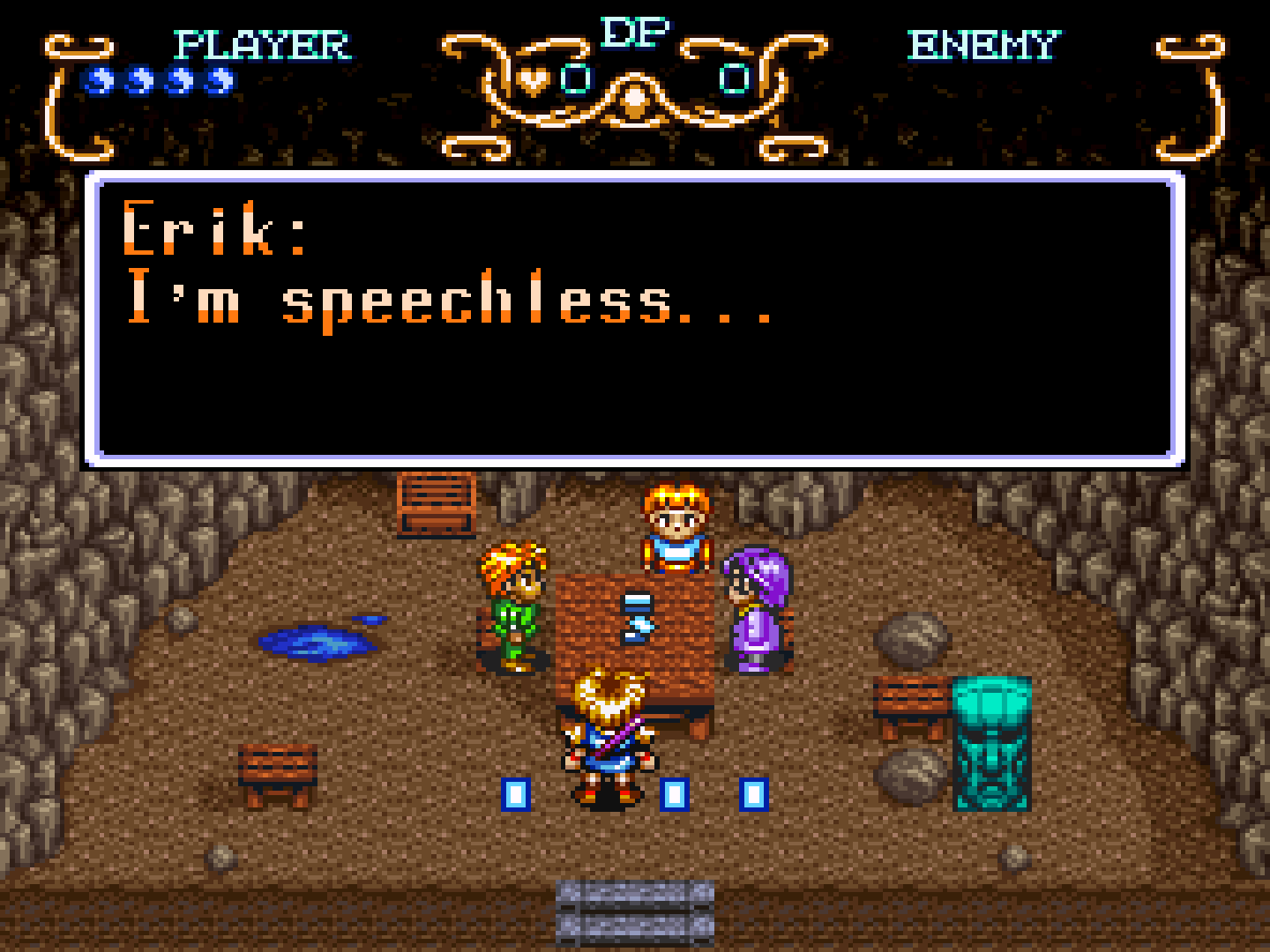 Erik thinks Will has psychic powers.

Seth: "If I didn't know better, I'd think it was magic. Most people have five senses..." 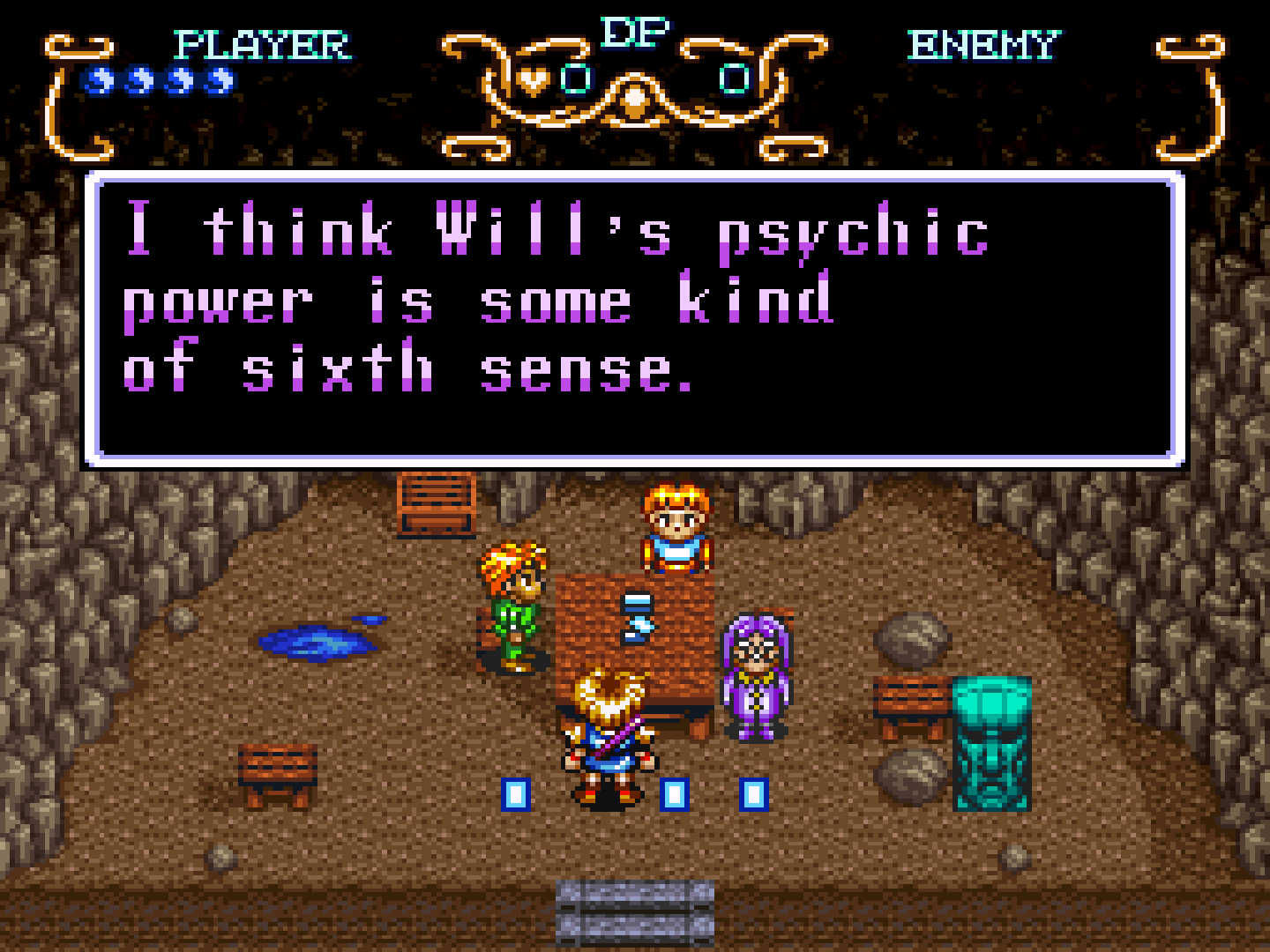 Does Will see dead people too? 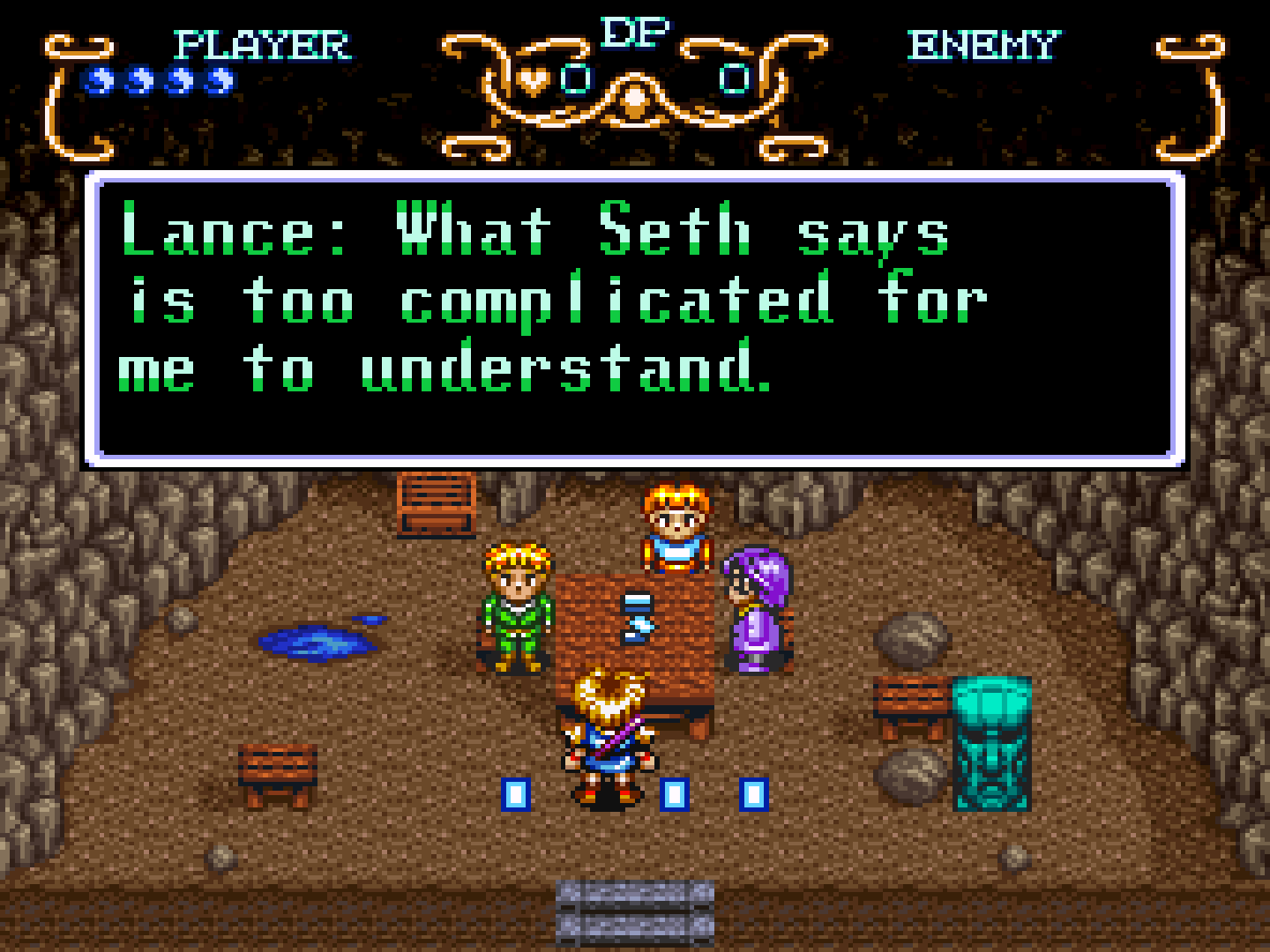 Like his name-alike in VLD, Lance doesn't get complicated concepts. I'm guessing that this Lance is also the heart of the friendship rock.

Lance decides to play one more round of cards with Seth.

Erik wishes he could have Will's powers...

I save at the Dark Space, and listen to the calming music here.