Before I forget, here's the theme for the Sky Garden.

I speak to the ghost, the Moon Tribe shadow, near where we entered the garden. They laugh in a creepy way, and commend us for making it this far.

More info from another ghost, who says that the Sky Garden is their mode of transportation.

We now have to collect "four Crystal Balls in four [separate] locations," and to get them "in clockwise order."

The third ghost's advice: "Drop off the cliff at the front and back to find the upside-down world..." So, there's an upside-down version of this garden?

Just like one of the ghosts said, there are four passages from the main hub. I have Will start with the east. 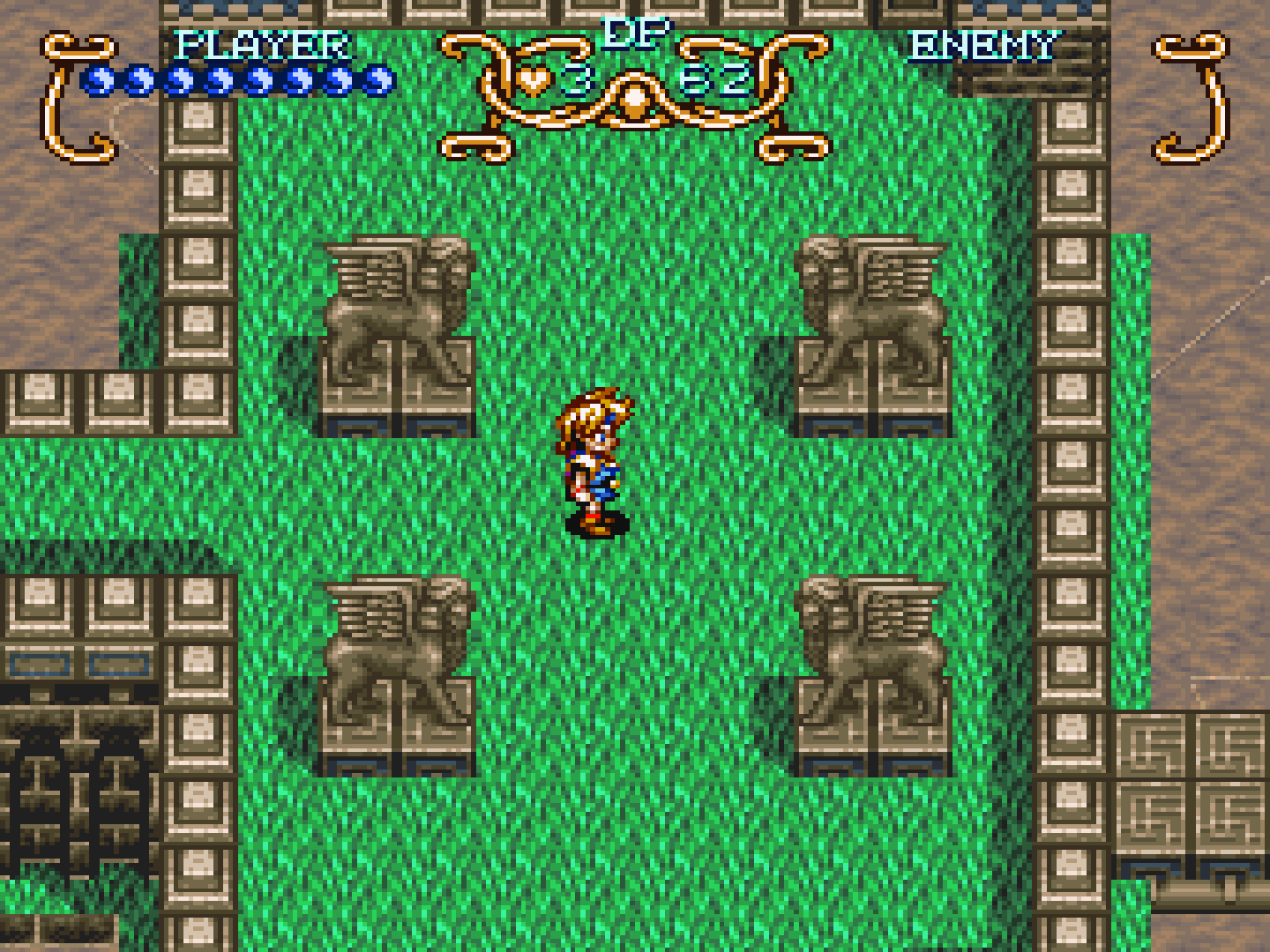 Hearing a noise, it seems there's enemies in this chamber. 18, to be exact.

The first enemies are a pair of a crawling stack of metal balls that, when taken care of, scatter in different directions and explode when they hit the floor! 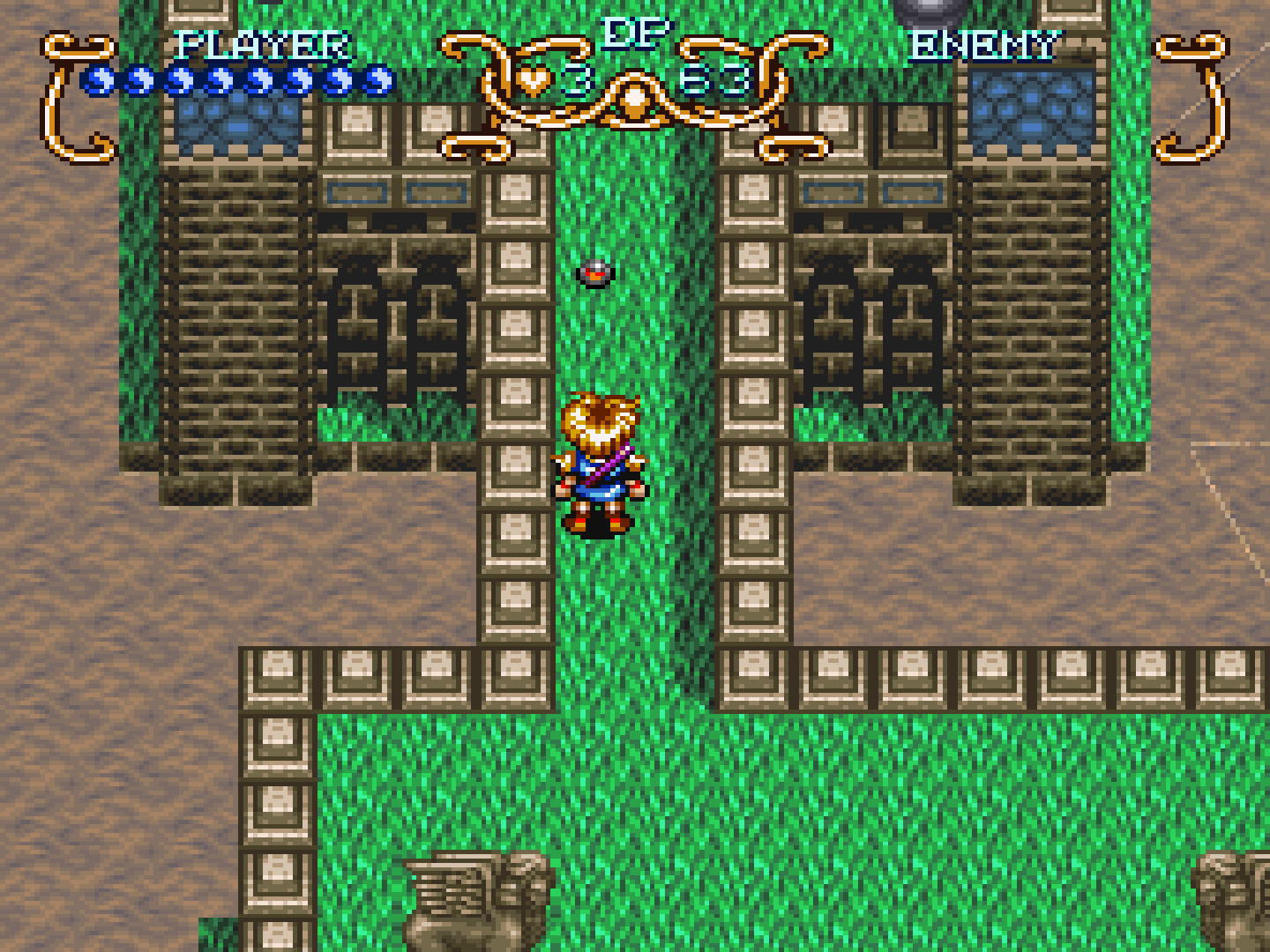 Another enemy up ahead is a security laser-shooting colossus! 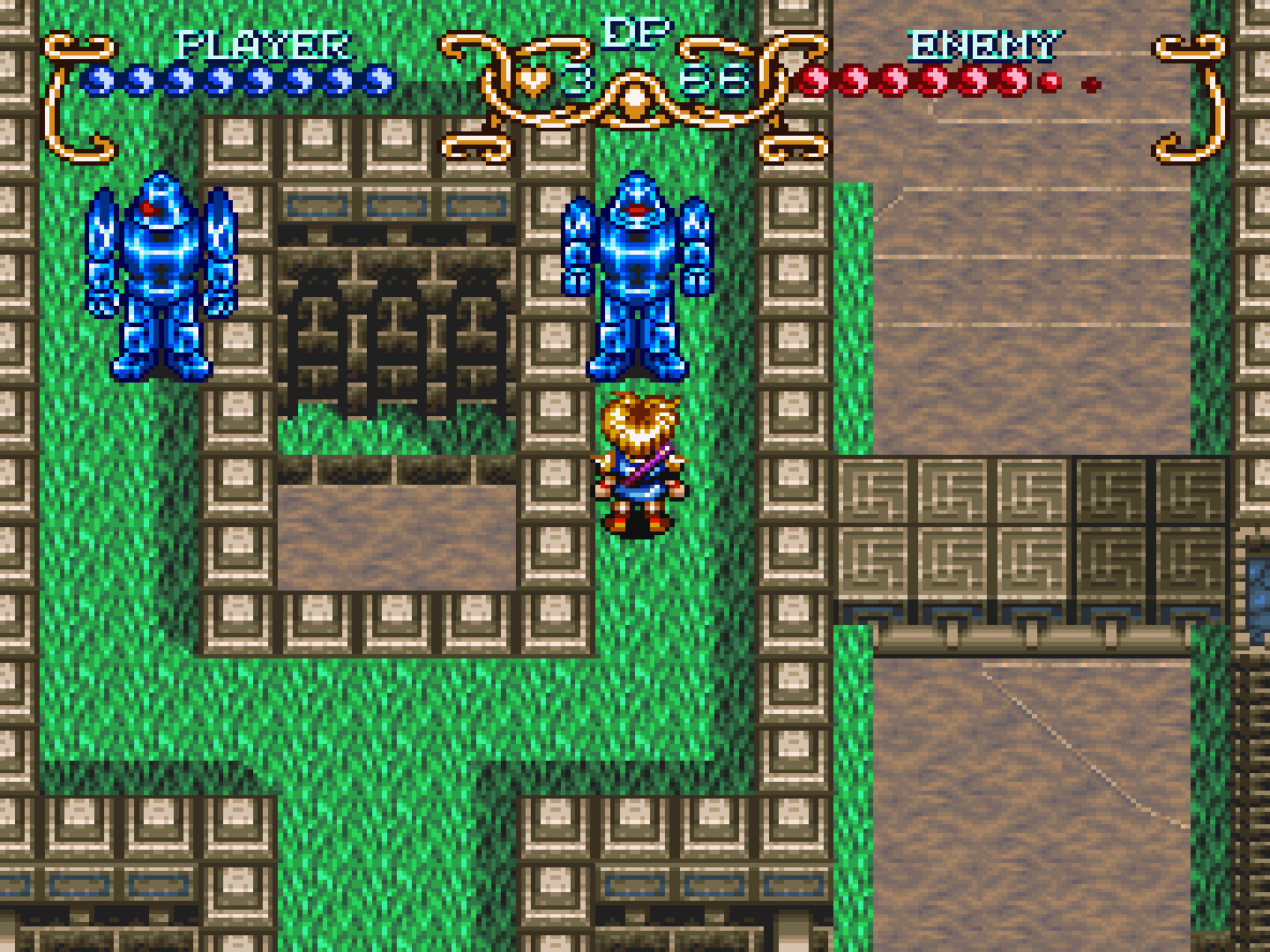 The colossi can also shoot rocket launching fists! The game devs are getting more creative with their enemies in this level!

I'm having a lucky streak so far, as I haven't been hit by the enemies here yet.

Backtracking near the entrance, I notice a chest.

There's three chests in this area. But how to reach them all?

I go back to the large garden of statues, and take care of the remaining colossus. I then grab the Red Jewel inside the chest nearby. 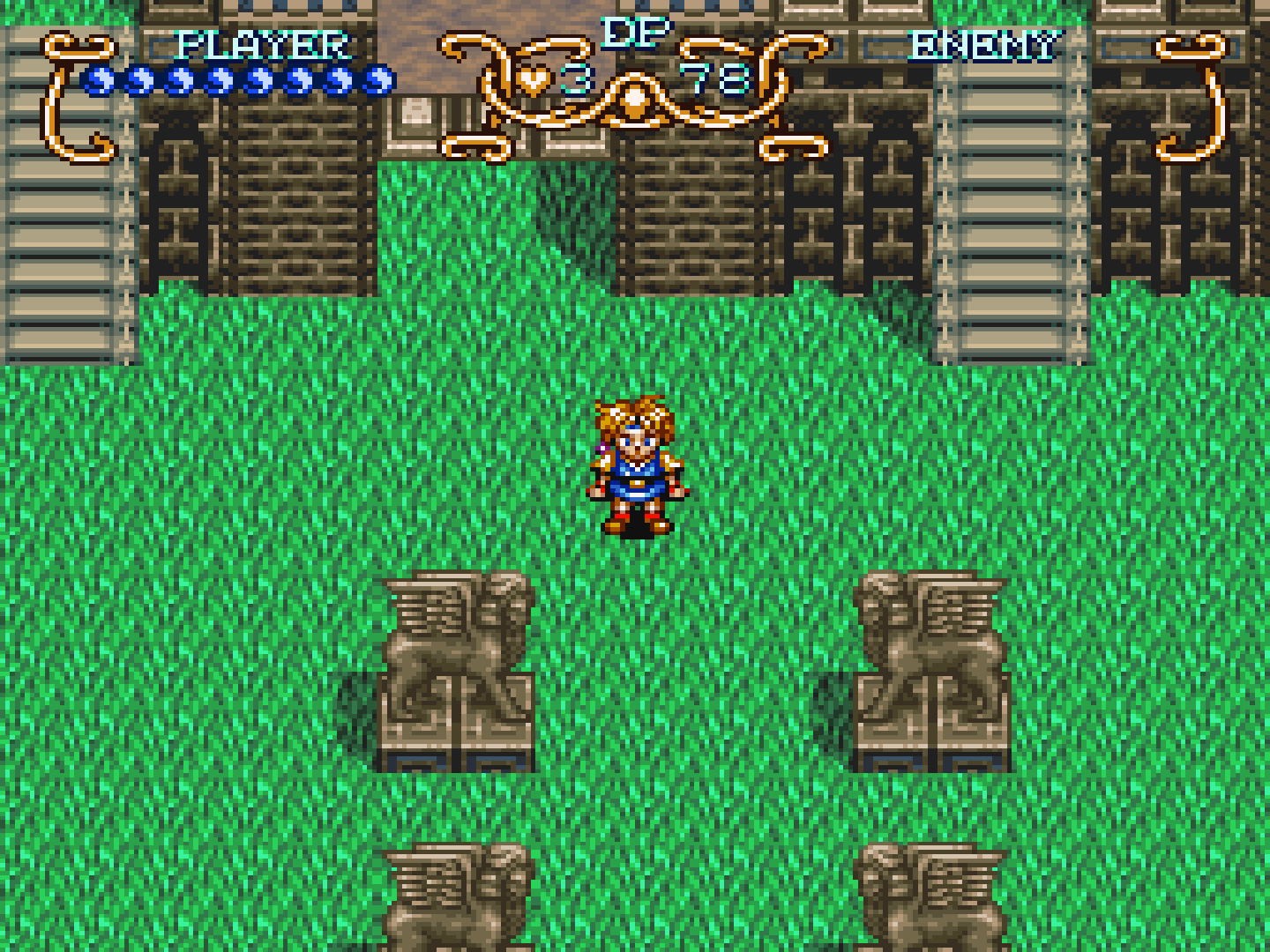 Southwards, we see an opening... 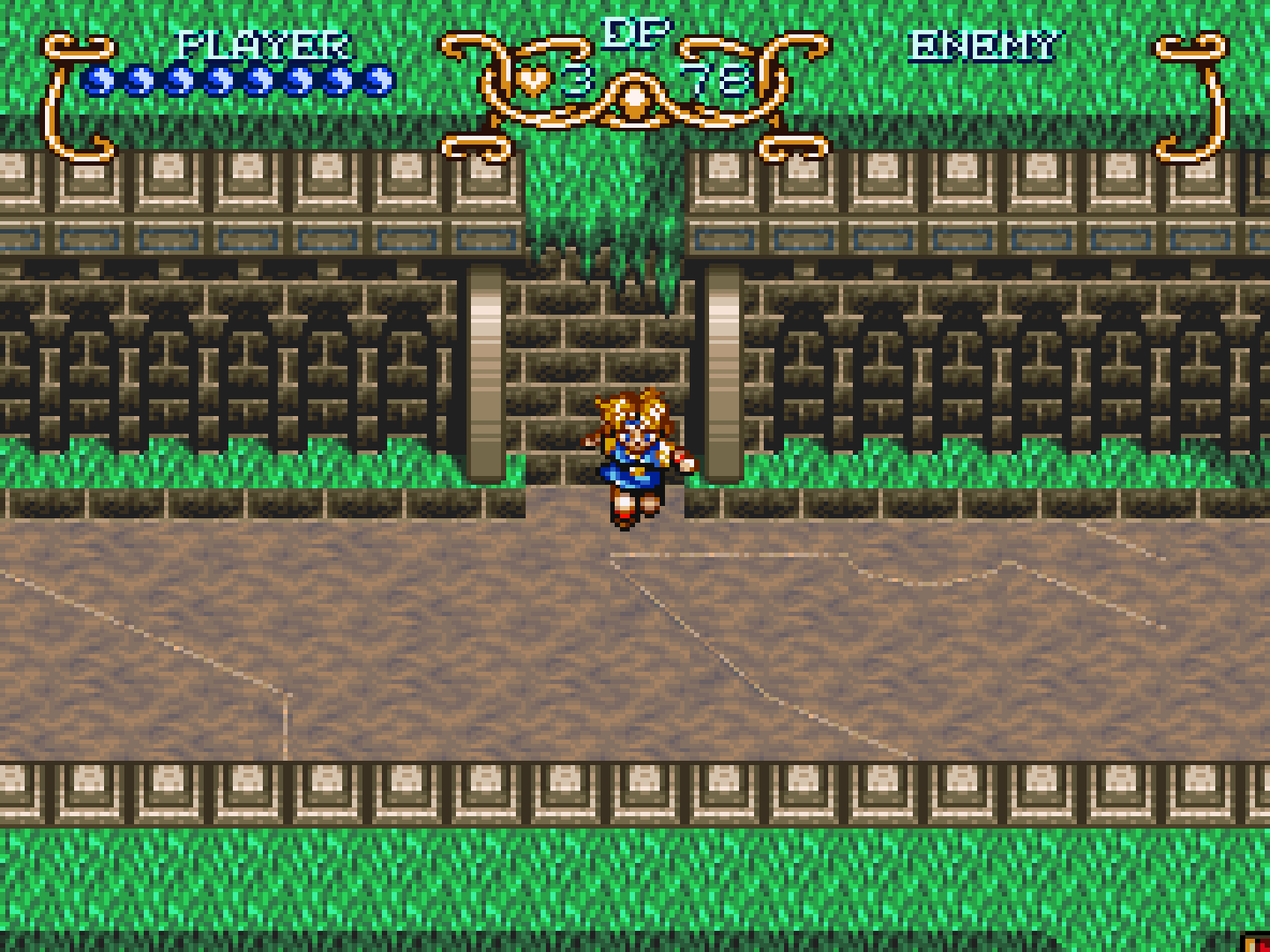 ...that takes us to the underside of the garden! 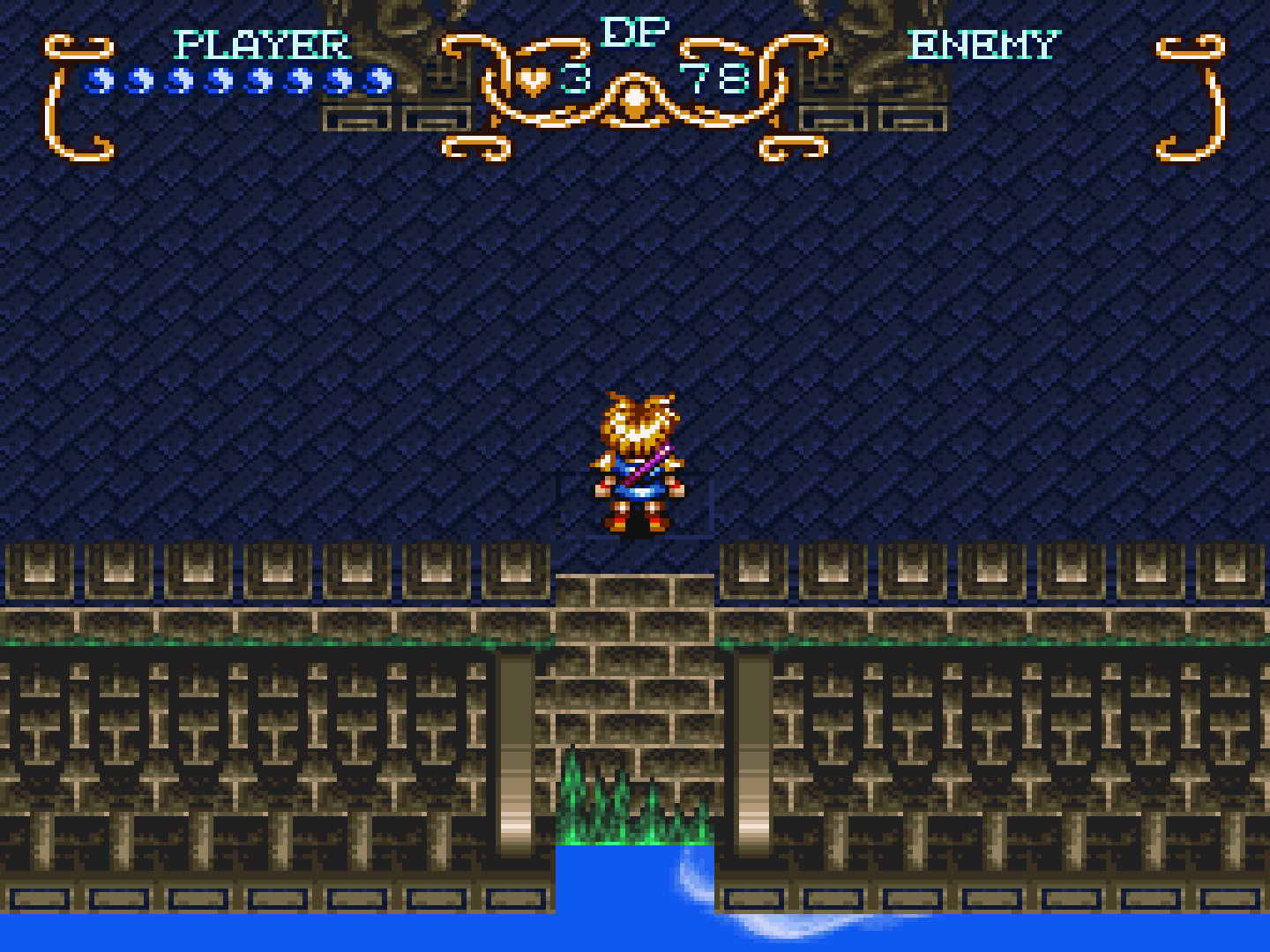 The enemies here are palette-swapped versions of the ones I encountered earlier! 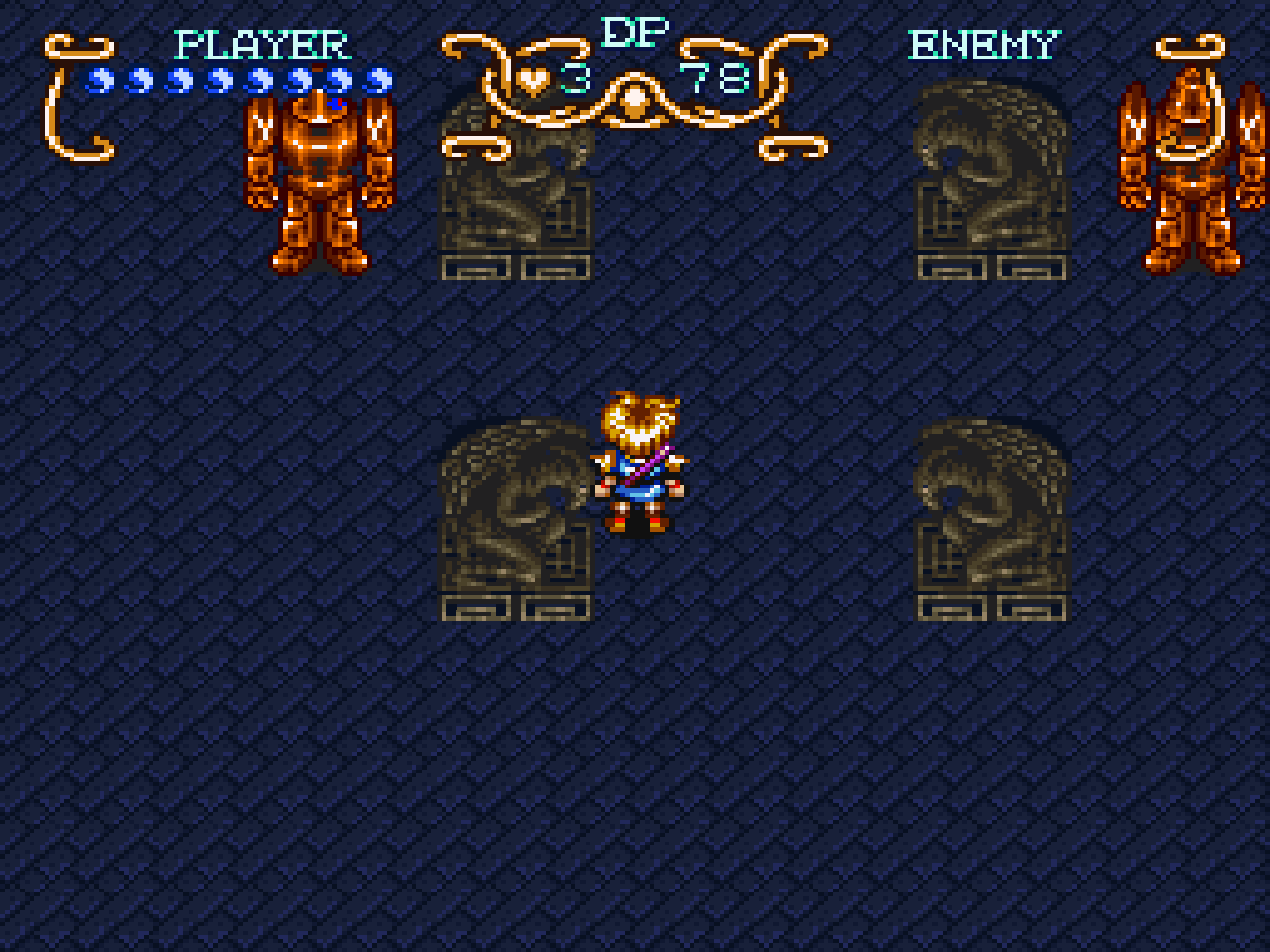 The crawling stack of metal spheres here can jump! They're also more faster!

After taking care of one of those crawlers, our unbeaten streak ends, as one of the metal spheres hit Will!

The enemies on this side of the garden are pretty tough!

The statues on this side of the garden are eagles instead of sphinxes.

Alright, are these enemies too? 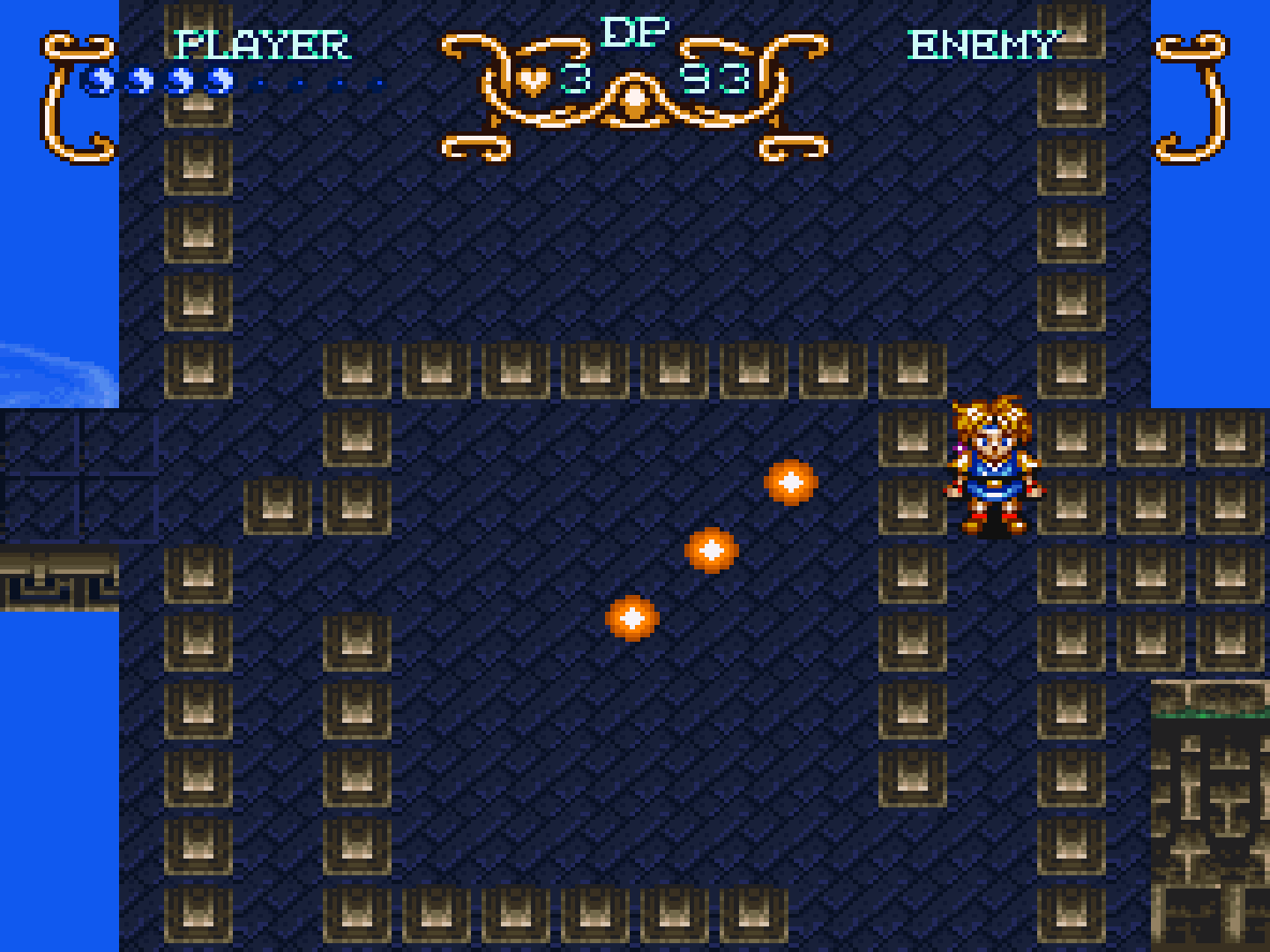 We can't hit them, but they can hurt Will.

These must be one of those indestructible obstacles...

I clear the area of the monsters here, and jump the gap back to the surface of the sky garden.

I grab the herb from the chest and make our way to the western alcove.

There's an indestructible sentinel with a sword guarding the last chest of this area! 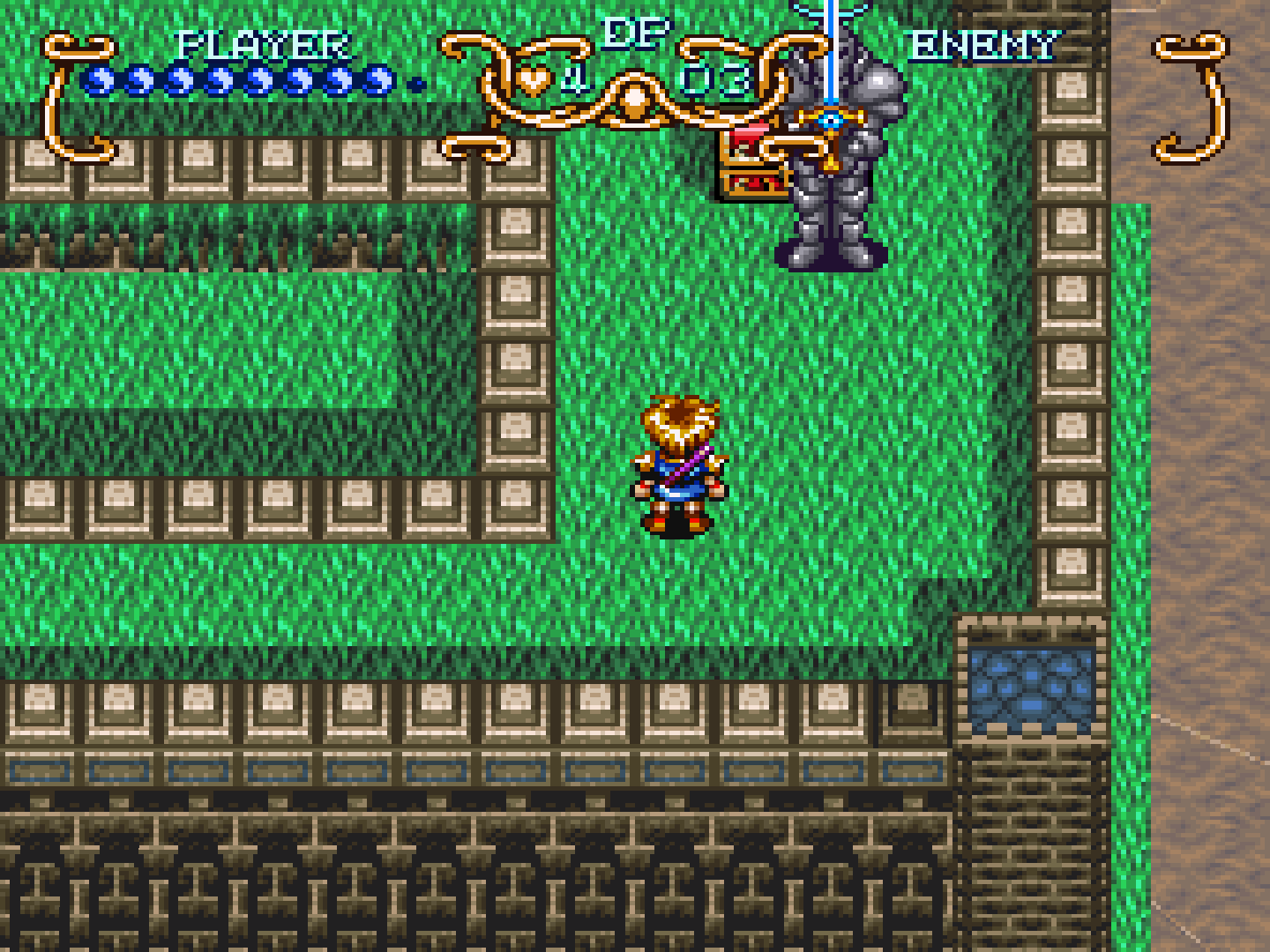 I twirl Will's flute to move the sentinel towards us...

...no good, but we manage to get the first crystal ball from the chest! 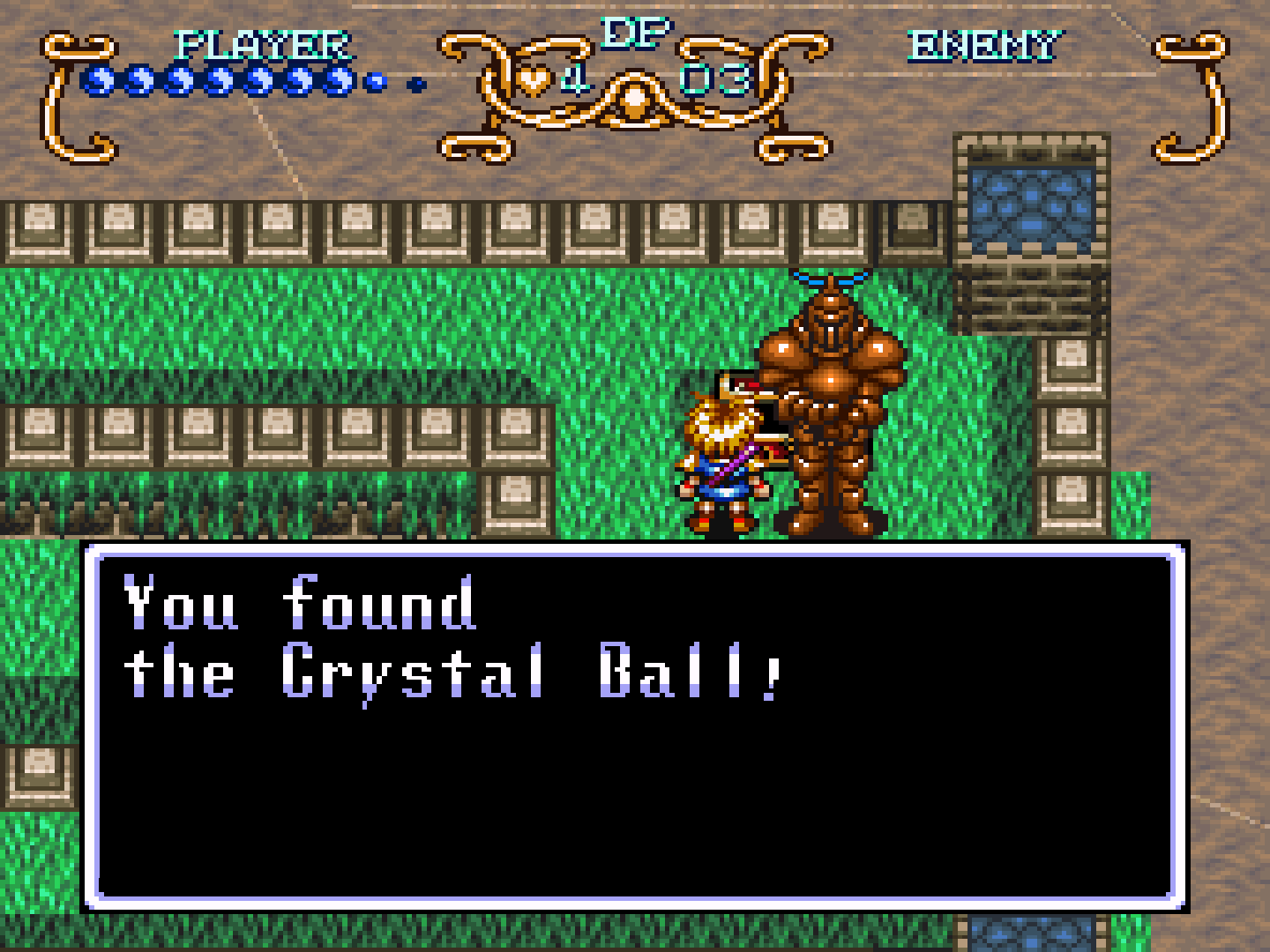 I wish there was a quicker way to make it back to the main hub...

Back at the hub, I set the crystal ball into a slot on the tile... 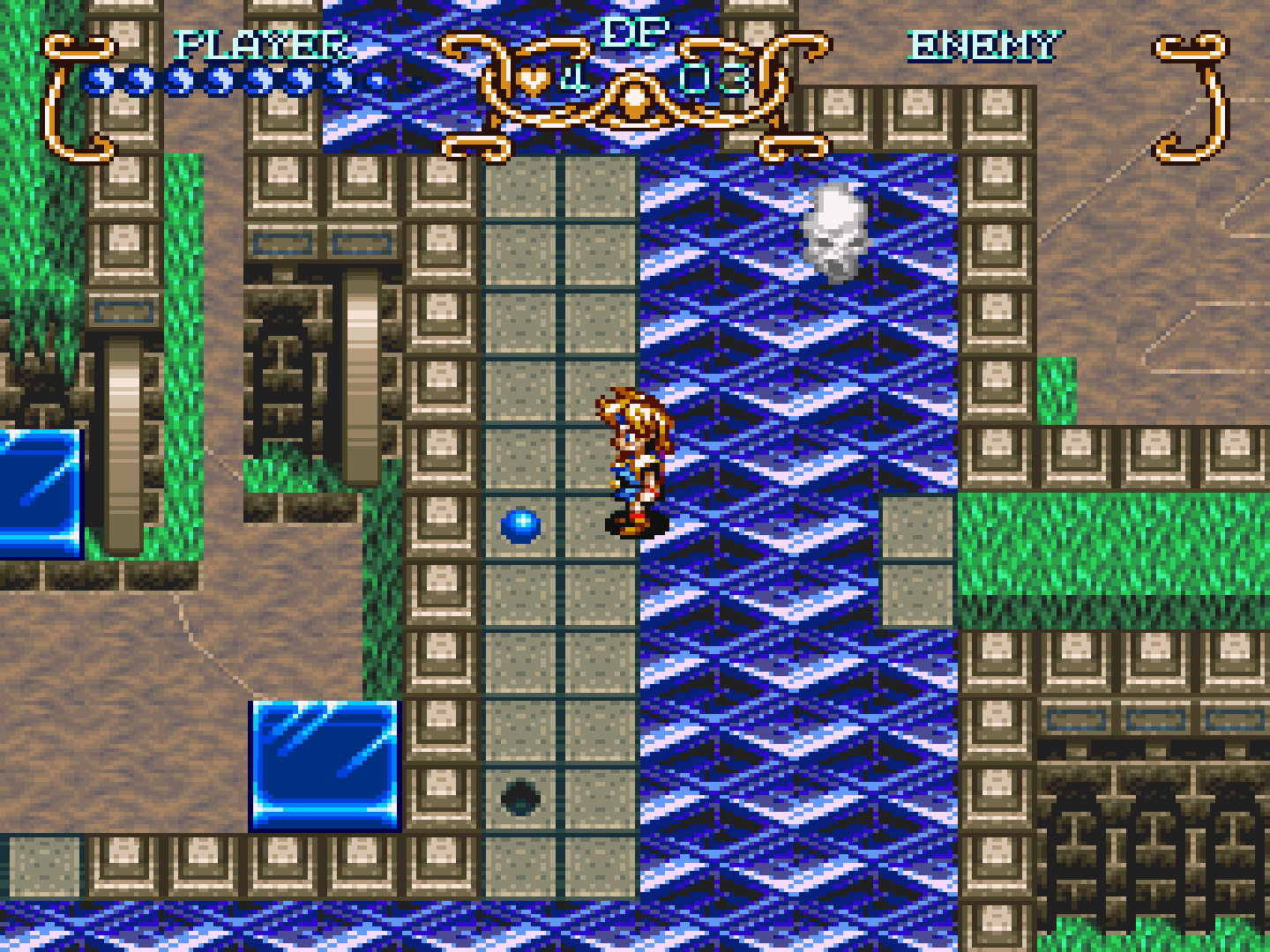 These crystal balls must be the keys to opening the way to the boss.

I save at this point.

After taking care of the colossus, I discover a new feature: Will can slide sideways against the wall! It's a really nice detail to the game. 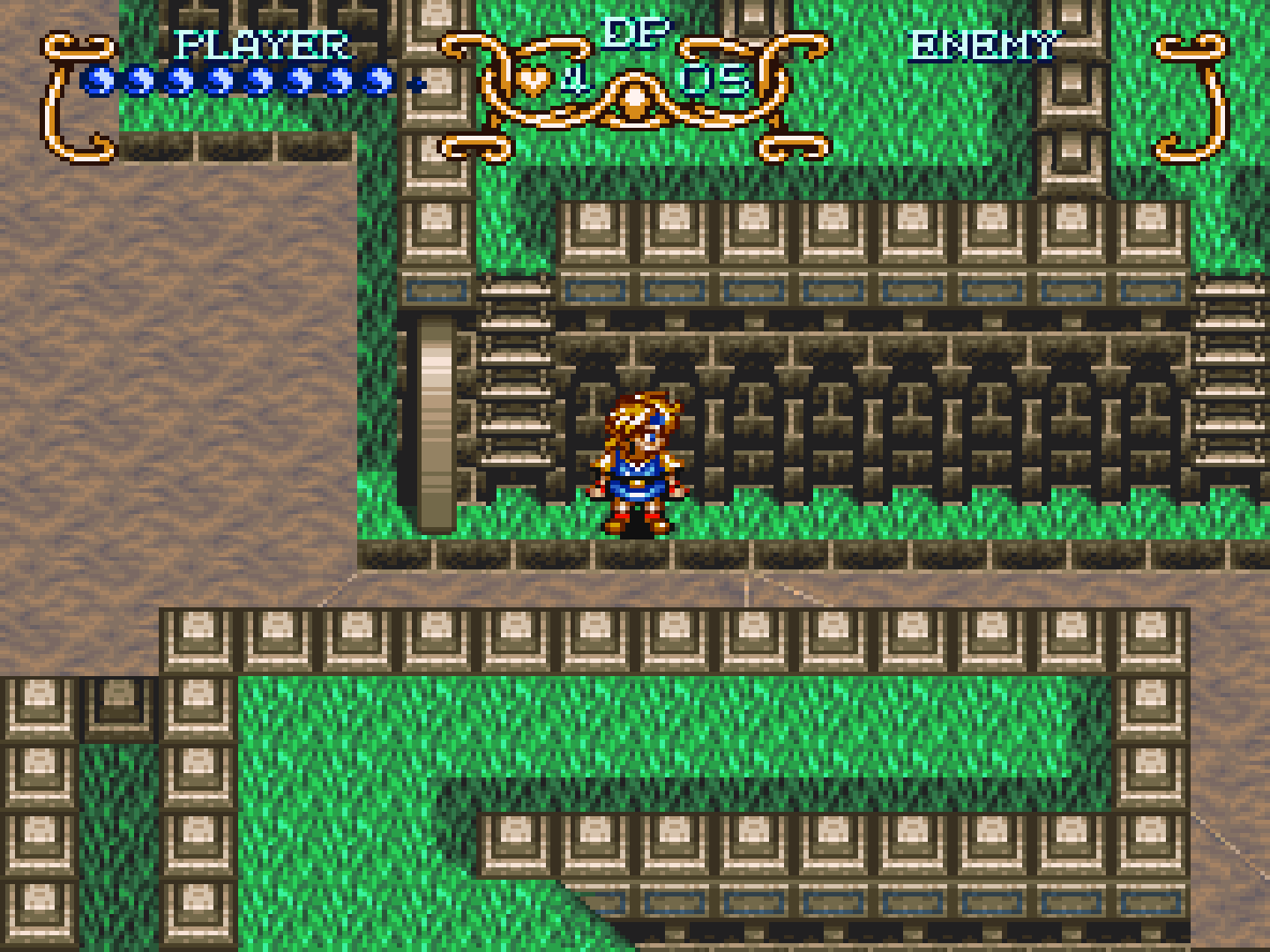 Southwards, we see another tall sentinel! 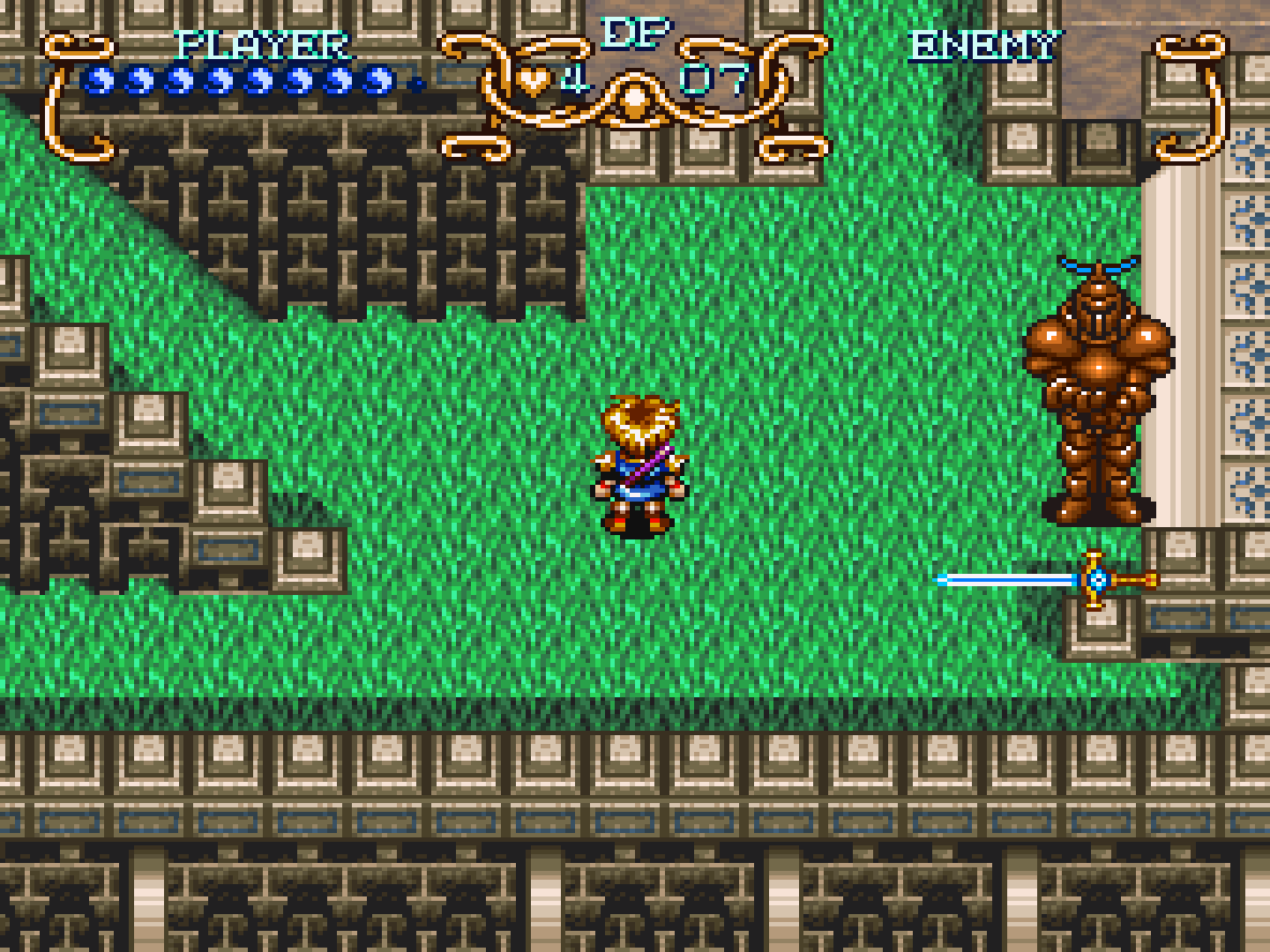 I play around the ramps a bit here, since they're super fast! 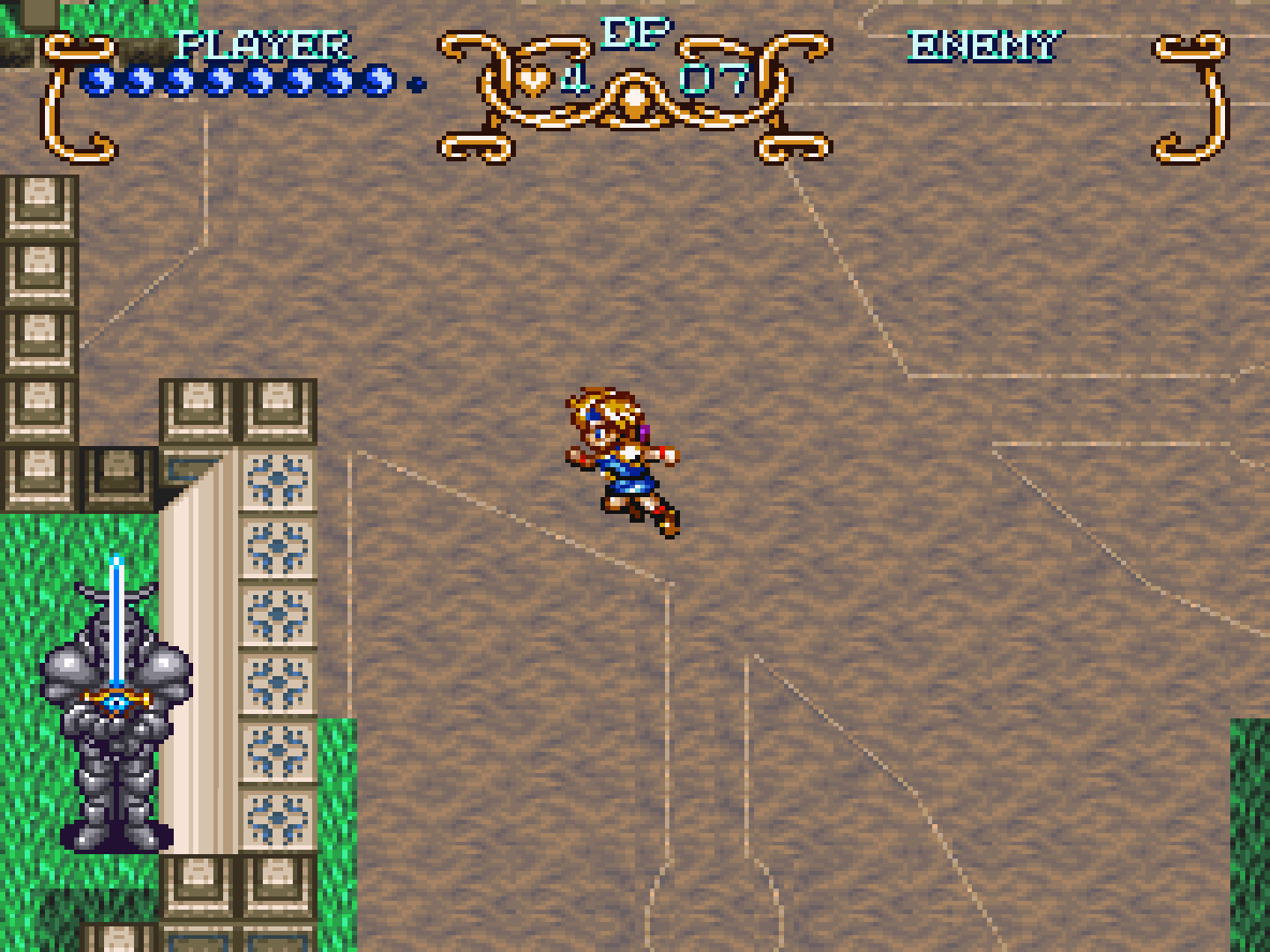 I climb the staircase to the alcove and take care of the crawling metal balls here, avoiding the sentinel's gaze below. 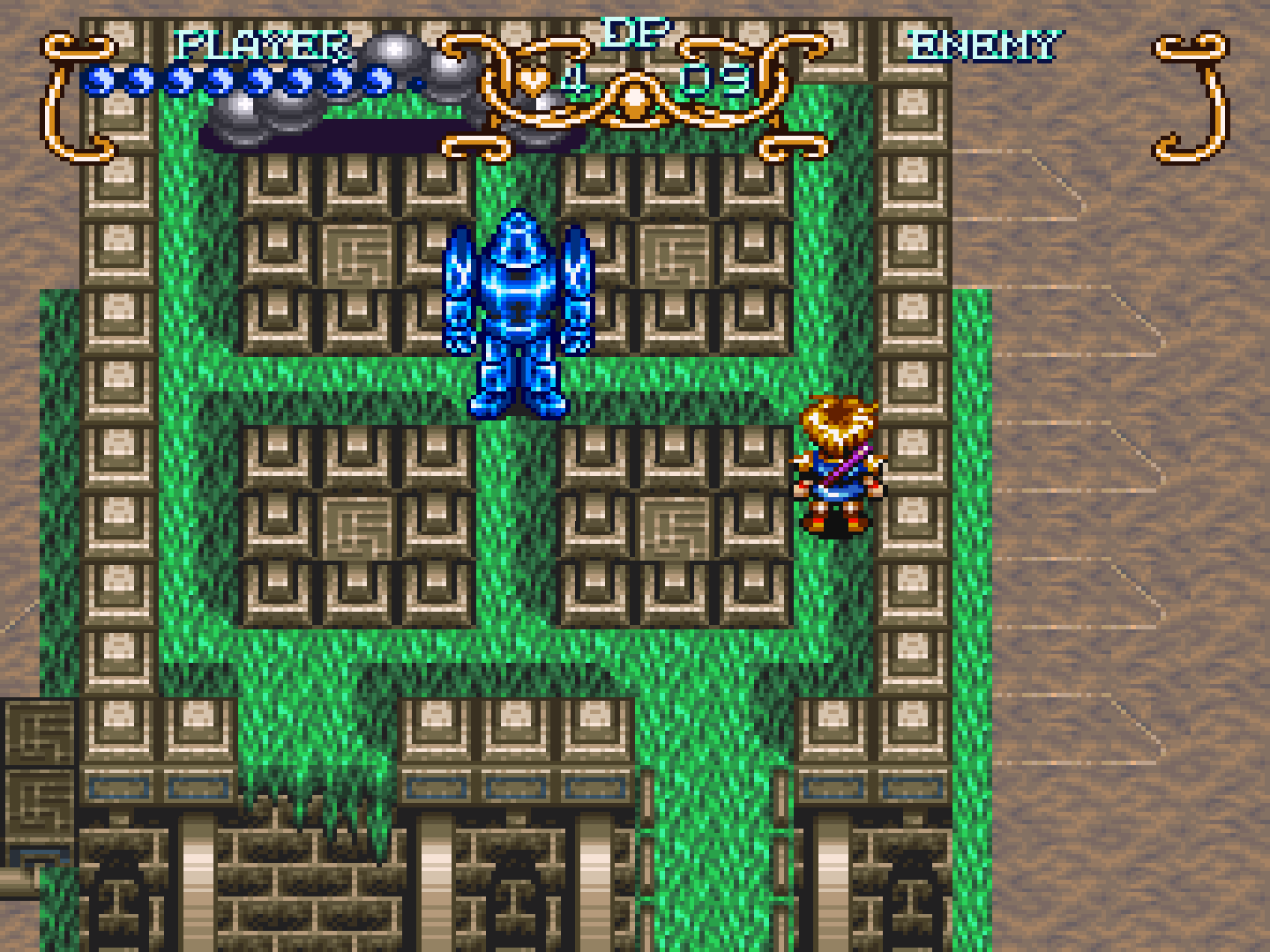 And another trip to the underside of the garden... 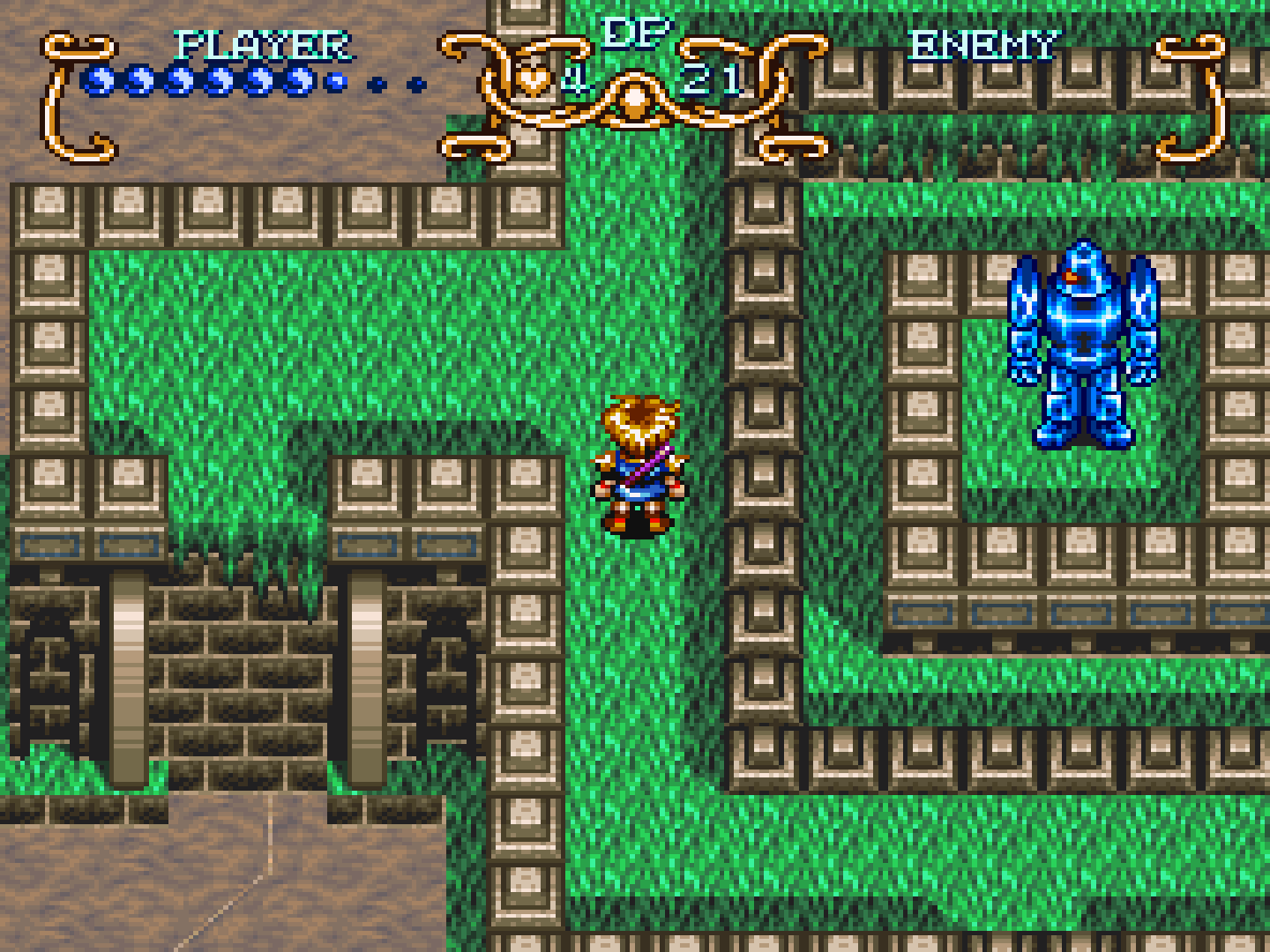 By the placement of the colossi here, I'm guessing this is a job for Freedan.

I figure out that I can destroy those flying sentinel swords!

After destroying the second sentinel sword near the ramp, I turn back. 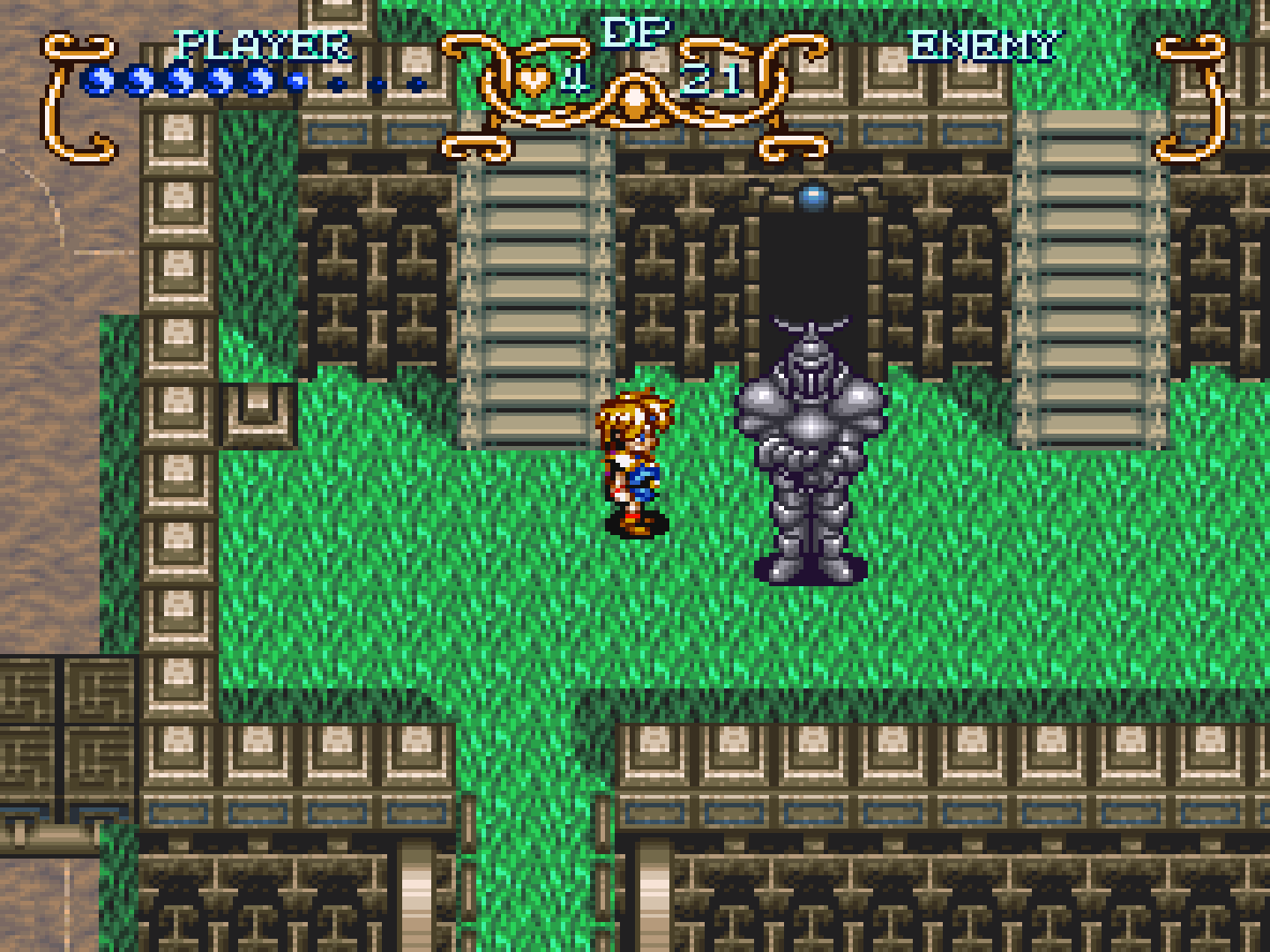 So after destroying the sentinel's swords, I can move the statue!

Inside the tunnel the sentinel was guarding, I find another Dark Space portal, with a Freedan statue!

I transform in Freedan and save before heading out.

Now to take care of the colossi here using the Dark Friar...

The passage forward is now open!

With Freedan, the rest of the second upside-down passage is a walk in the park! 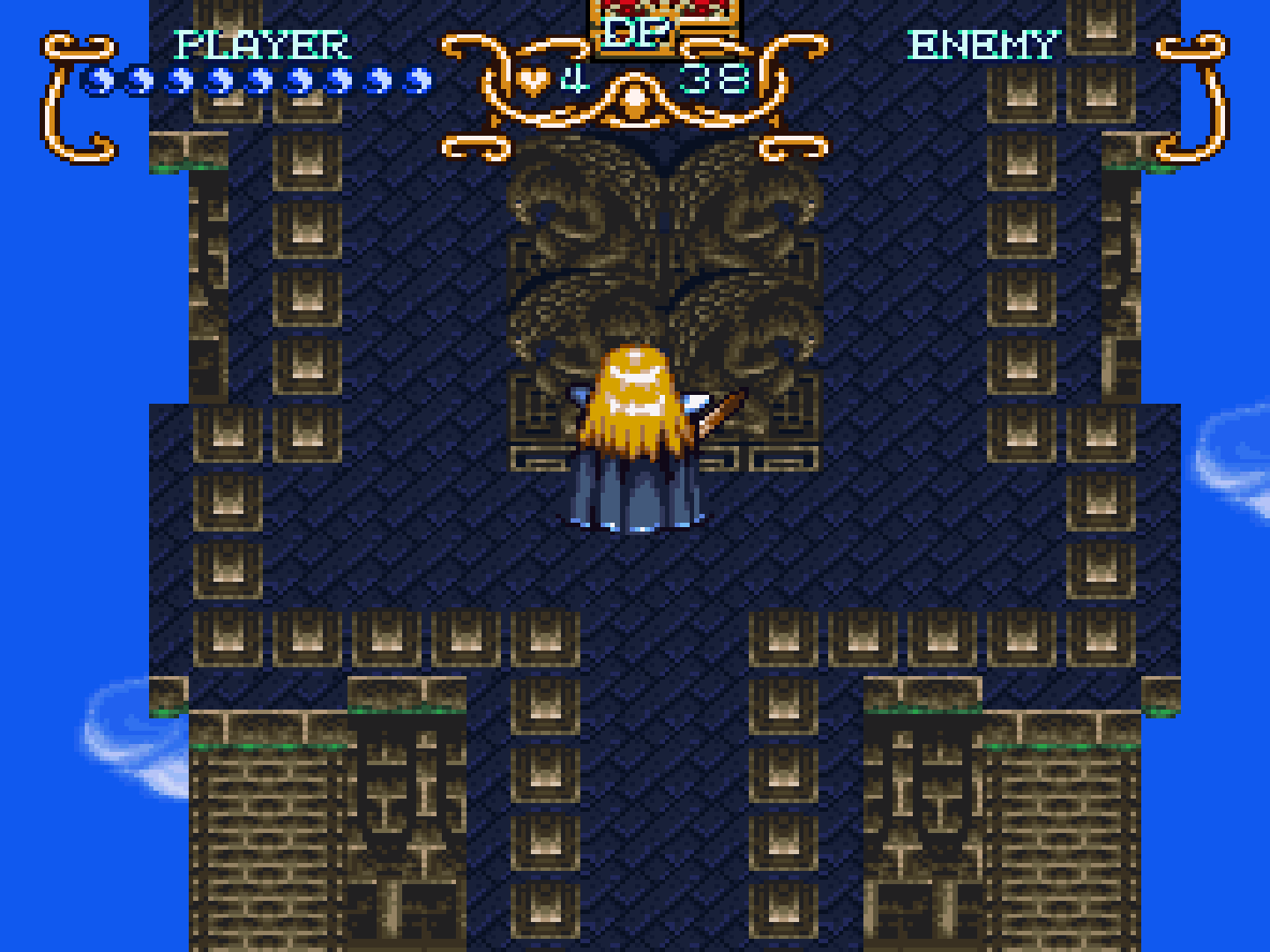 Enduring the fireballs, I grab the second crystal ball, and head back to the hub. 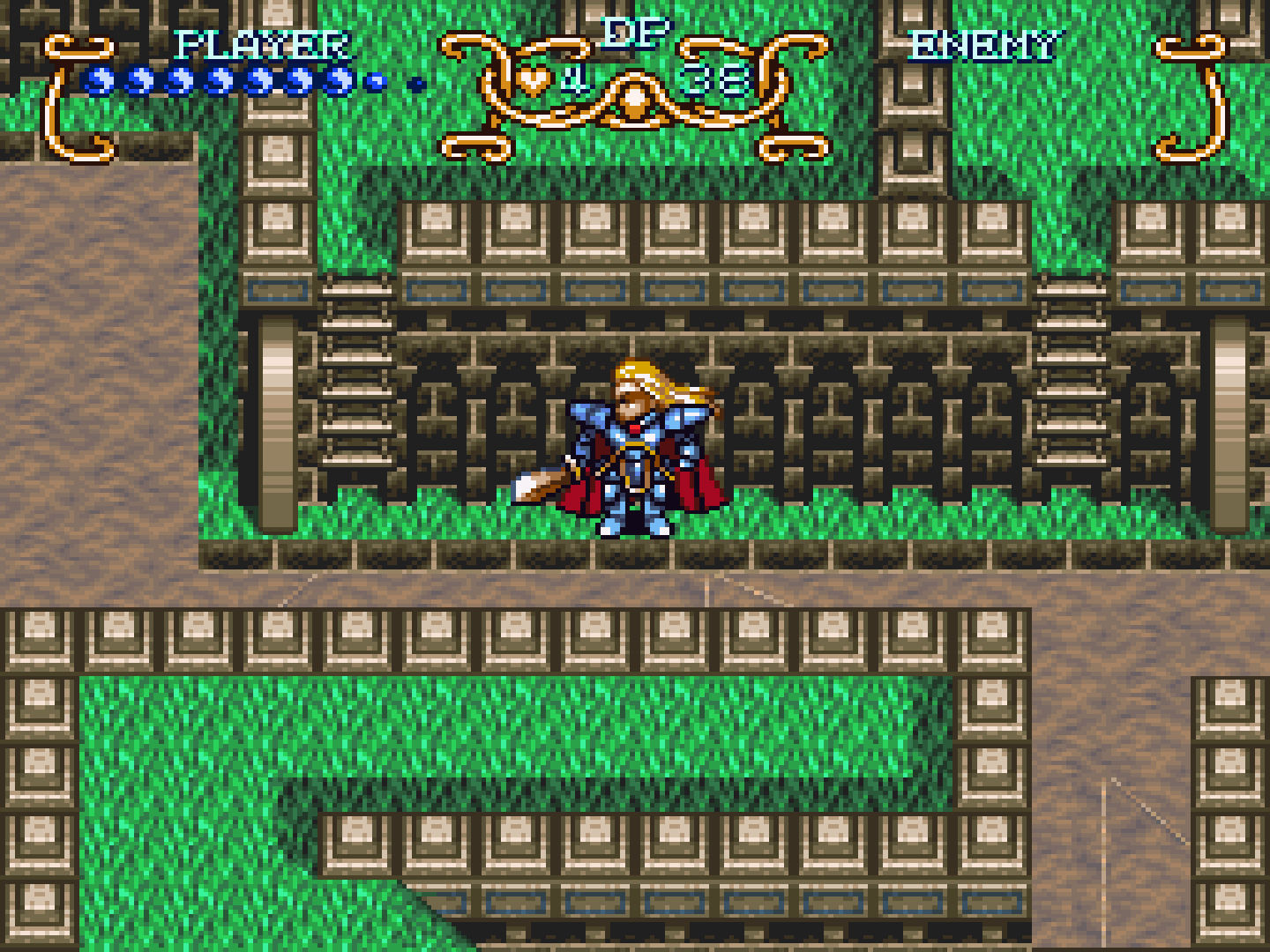 That's it for passage number two! Along with today's session!