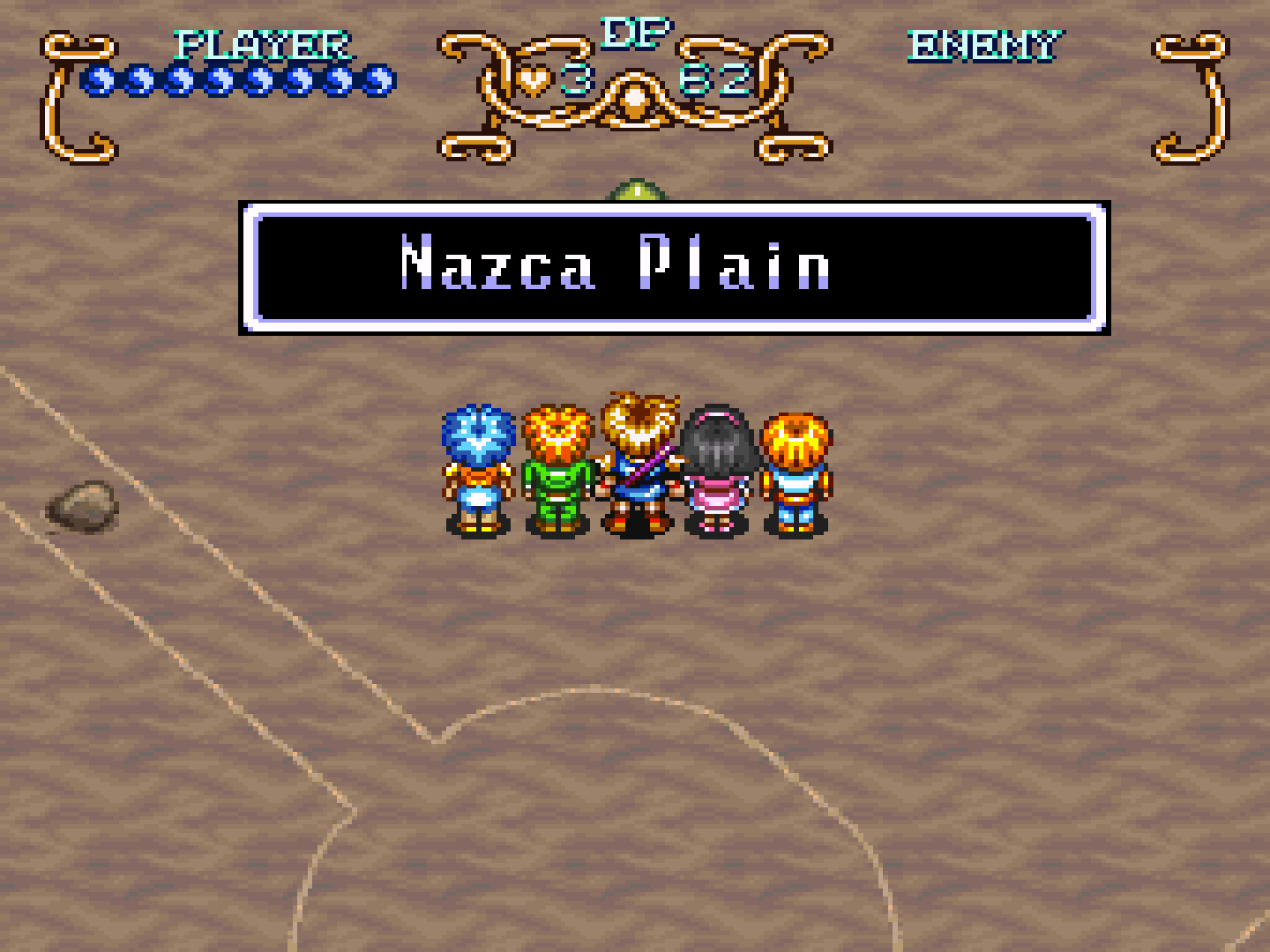 Neil praises us for enduring the week-long trip to get here, and explains the painting beneath our feet. 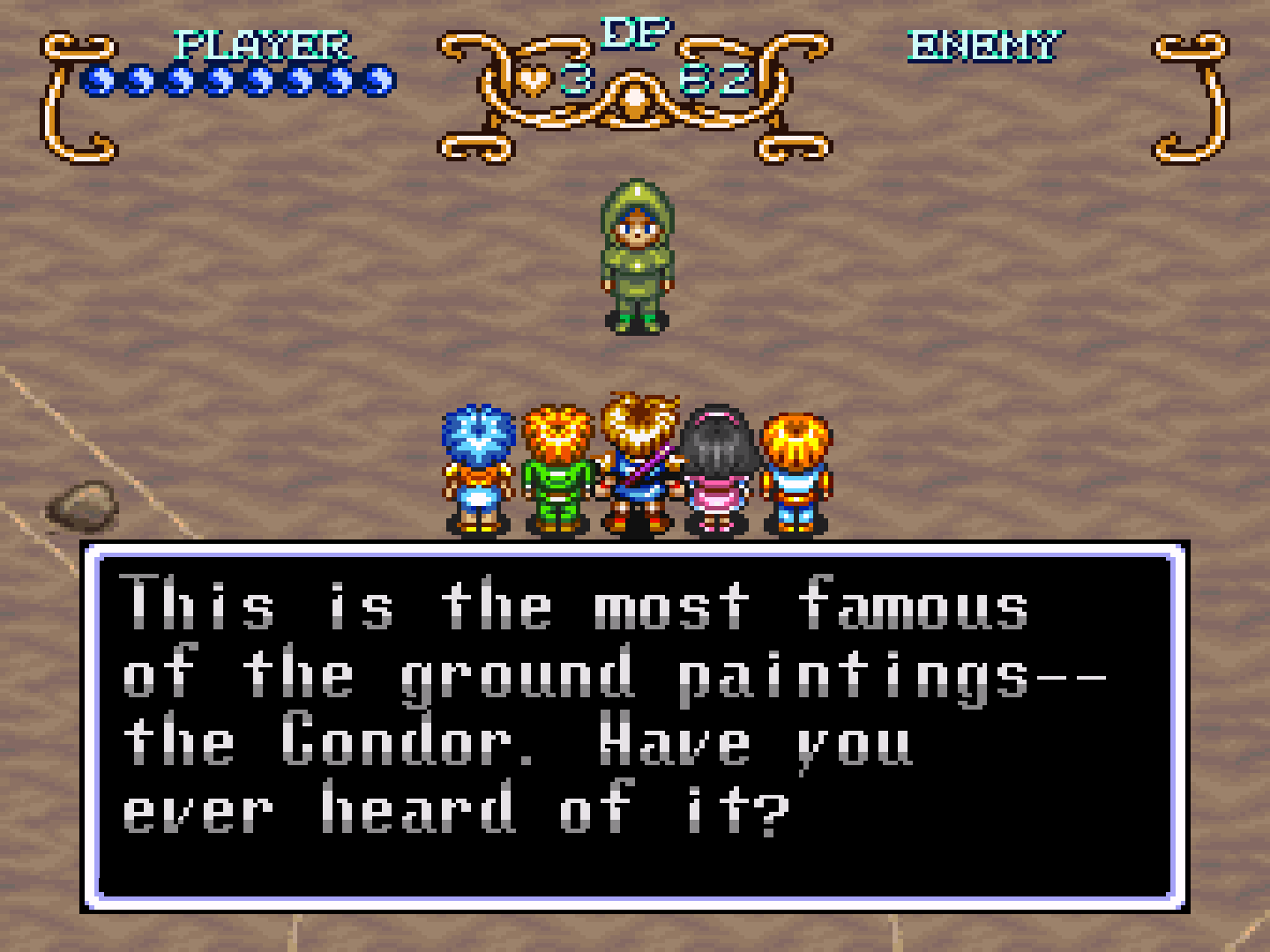 Neil: "No one knows why ancient people drew pictures like this. Whenever I come here, I'm overwhelmed by the grand scale. You should go see it for yourself."

I survey around the huge condor drawing...

But how does this lead us to the next temple?

Talking to Lilly, she notices the placement of the rocks. 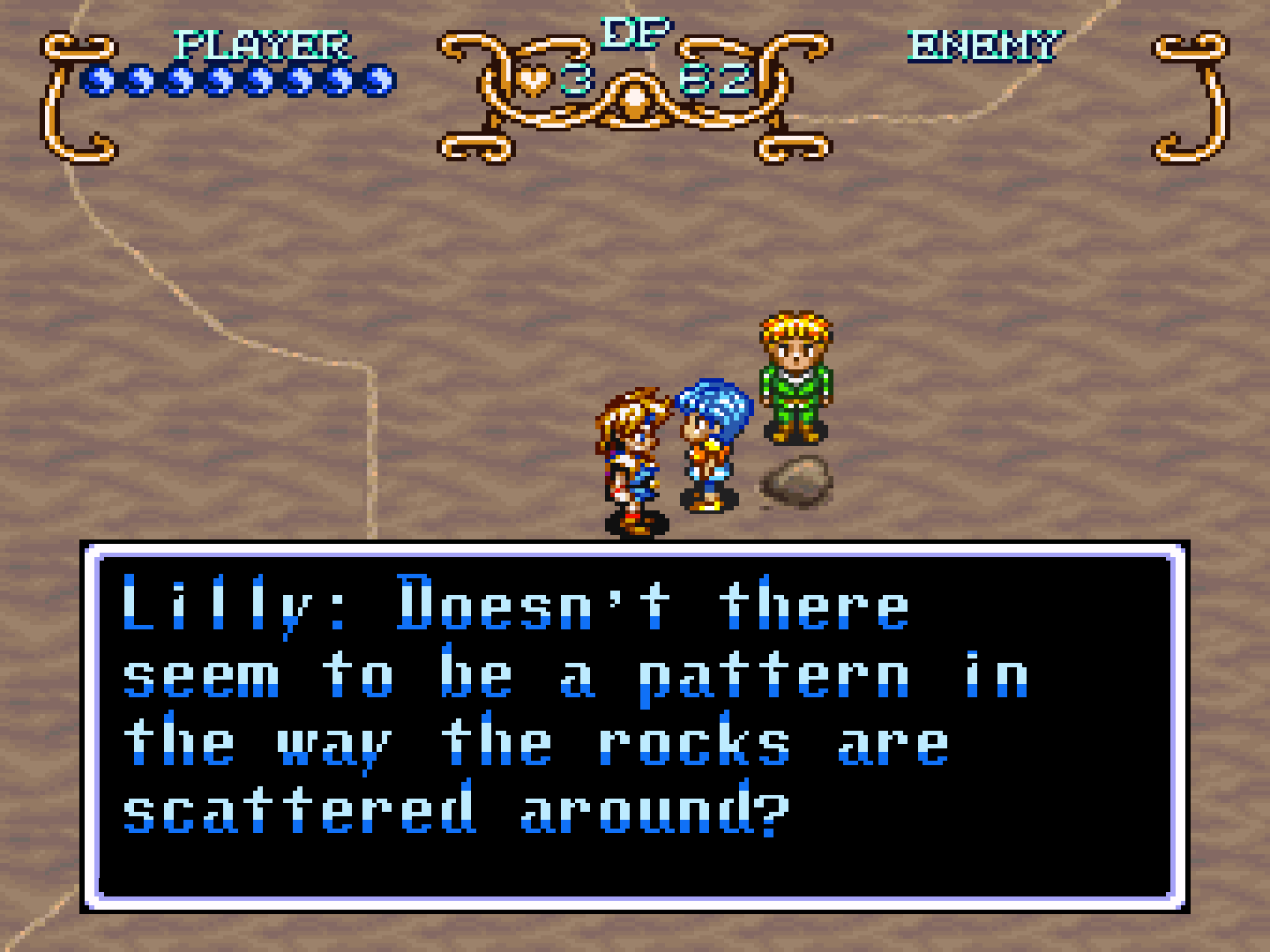 Lance really can't believe he's on this quest with Will, mentioning his daily routine back at his home in South Cape. 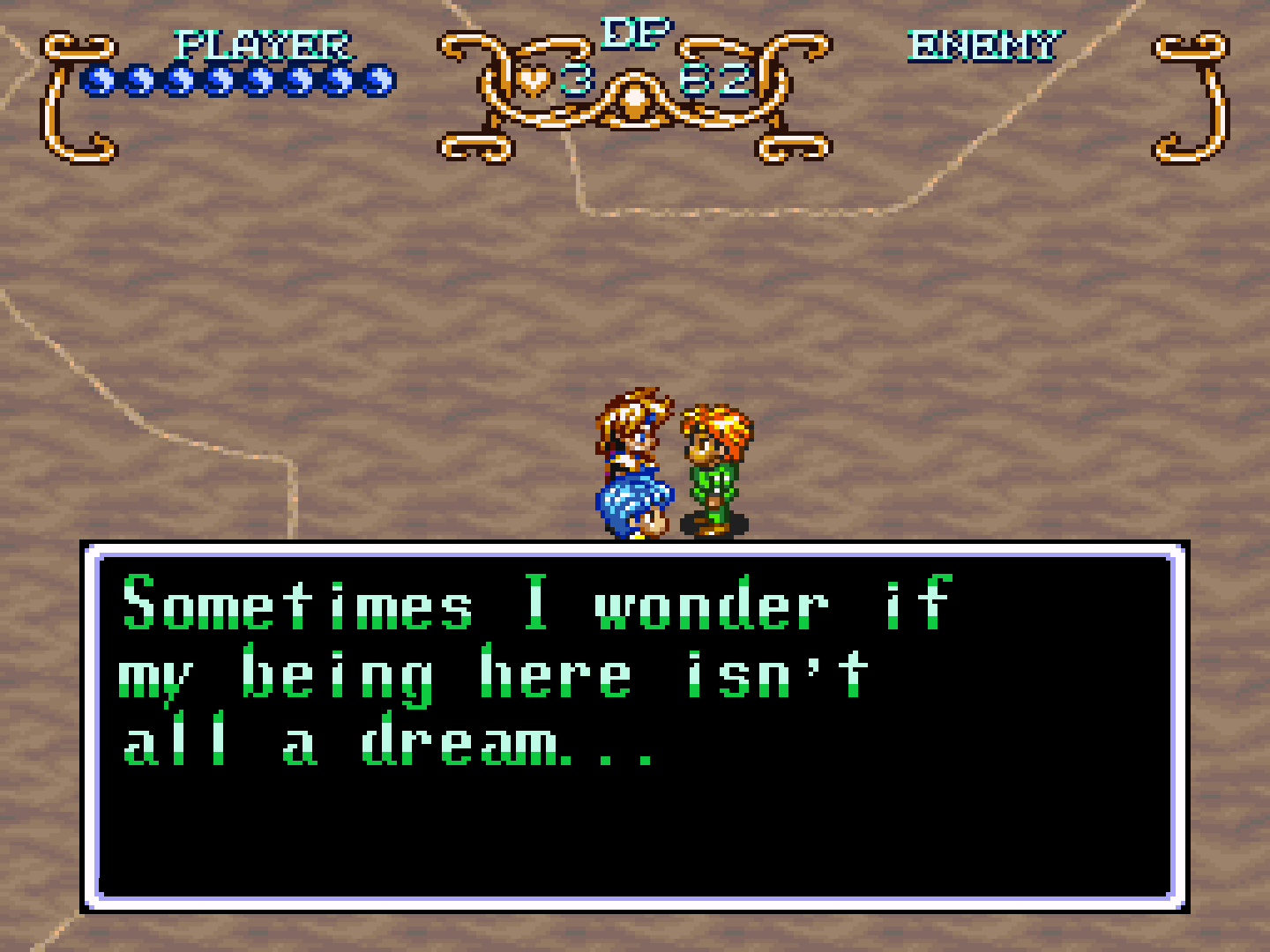 The beak of the condor has a rock in the center, and another at its tip...

Erik's a bit creeped out by the condor drawing...

Neil laughs a bit, and tells Erik to wait.

Kara makes an unusual comparison about the drawn lines of the condor.

Kara: "When you look at it this way, it's like the white lines at an athletic event." 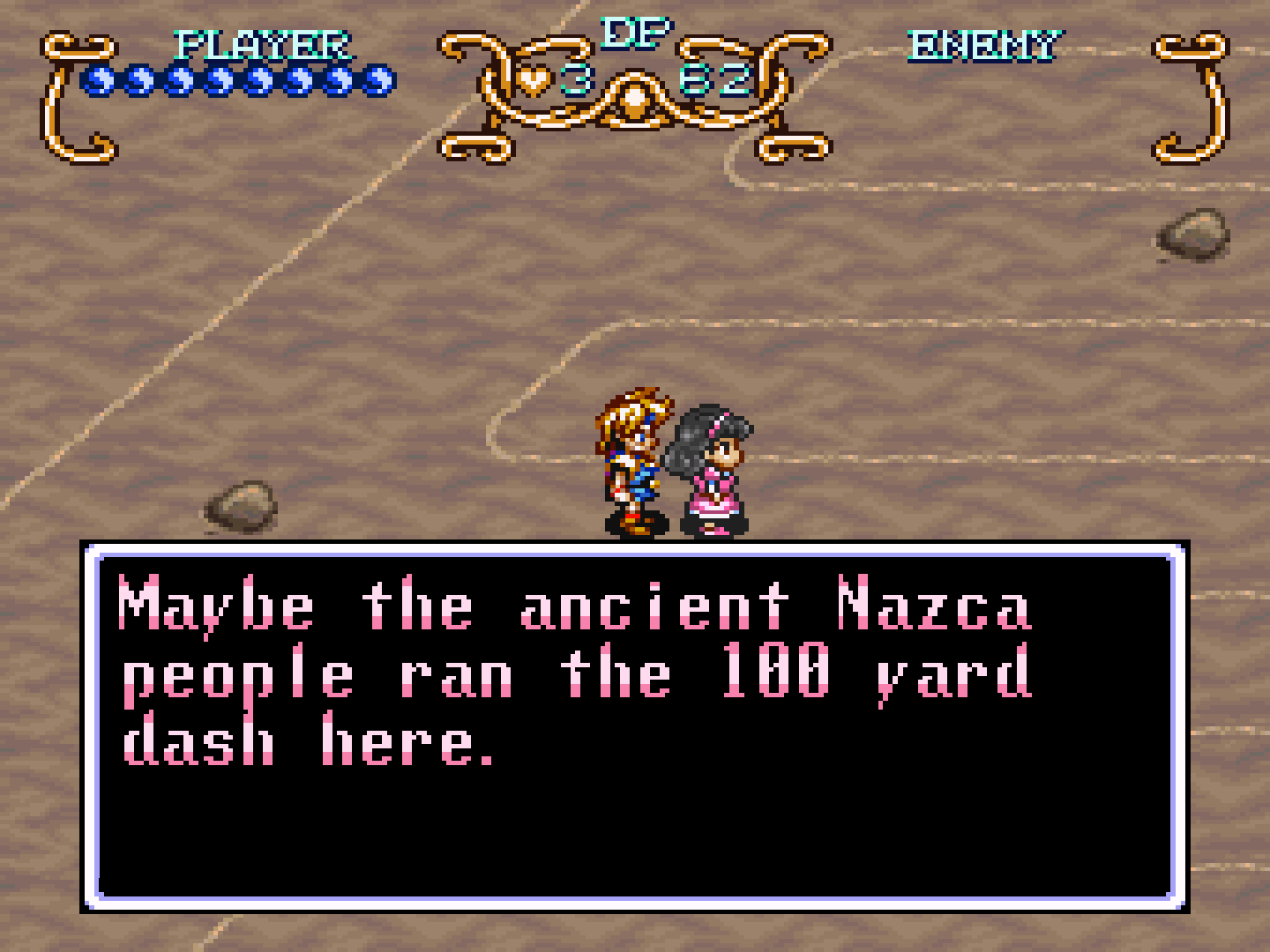 Kara walks over to the "stomach" of the condor. She makes a "joke" about the condor drawing's stomach. 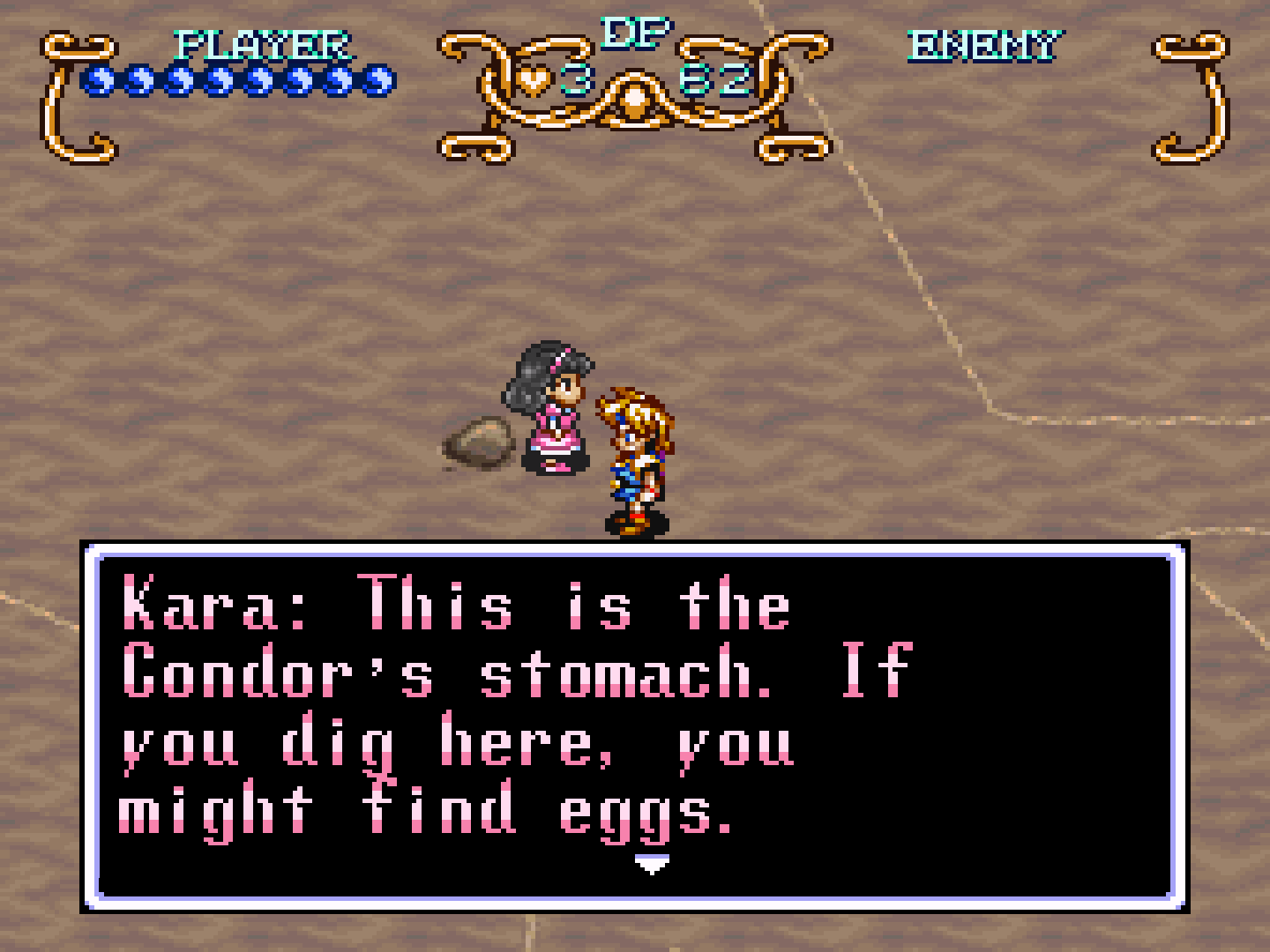 Lance and Lilly are looking at the "heart" of the bird, or the rock where the heart is supposed to be.

The same number of rocks are on the right wing of the bird.

I notice there's no rocks on the feathers of the condor at the bottom.

There's eight, no, nine rocks total placed on the condor.

Running out of ideas, I have Will walk around the lines of the condor.

Then I notice a ghost on the lower left outside the condor painting! He flees, laughing... 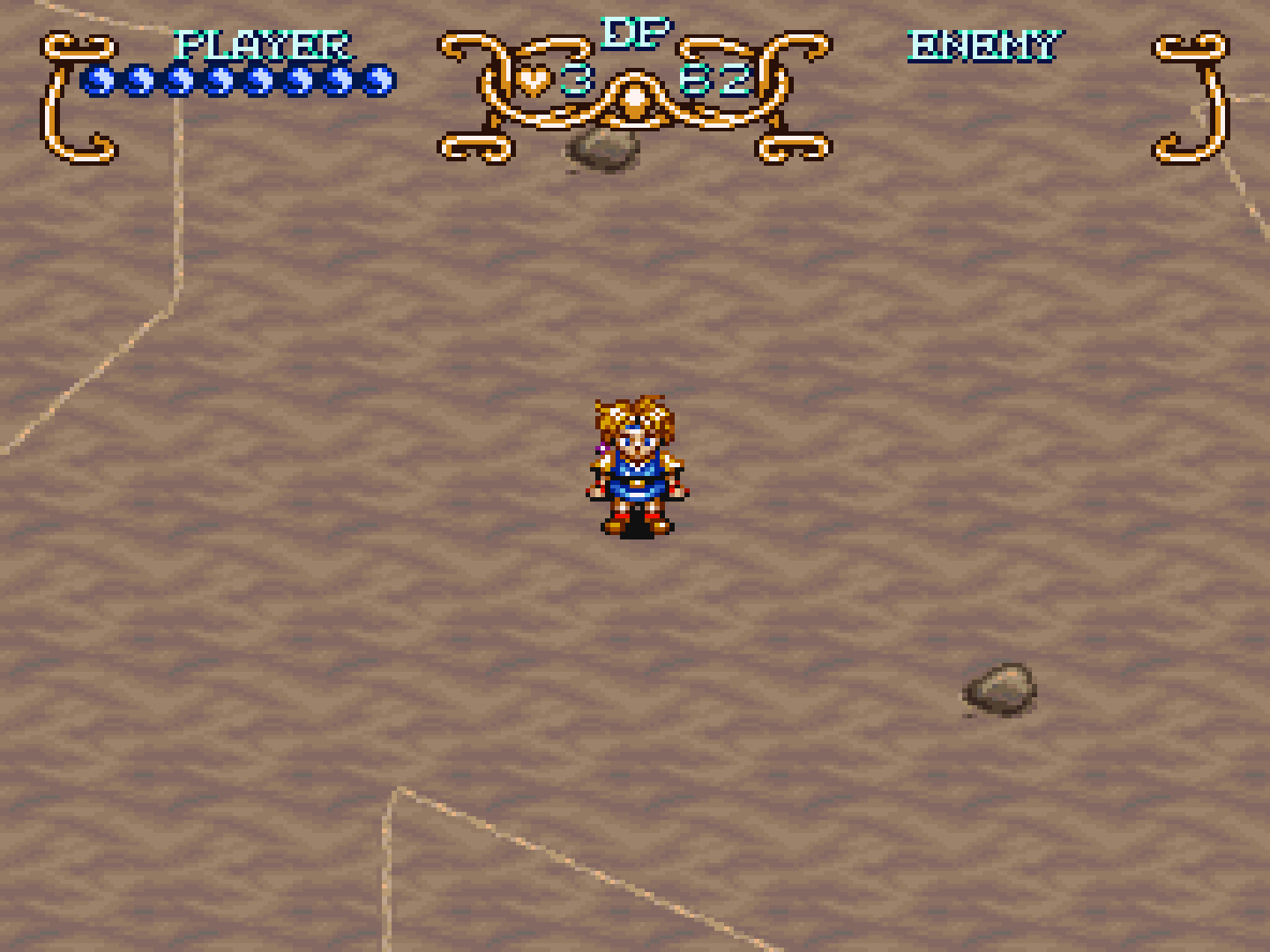 So's everyone else! The heck...

But I see everyone back in single file outside the painting now.

Lilly's amazed at the condor drawing. So is Kara. Erik's excited about what will happen next.

I talk to Neil next, who mentions the Mystic Statues. 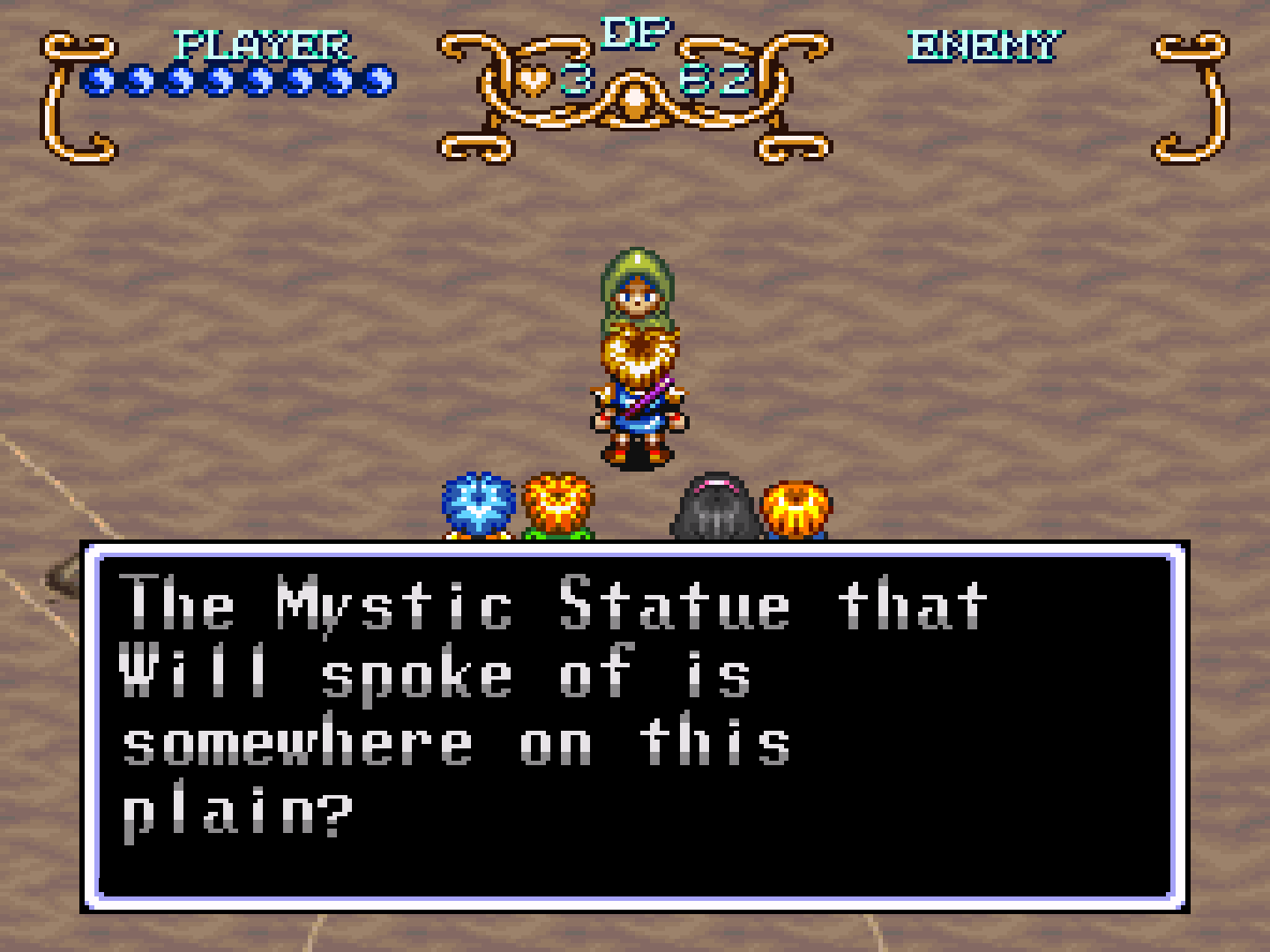 Erik: "I thought I'd seen the painting before, but doesn't this condor look like Cygnus?" 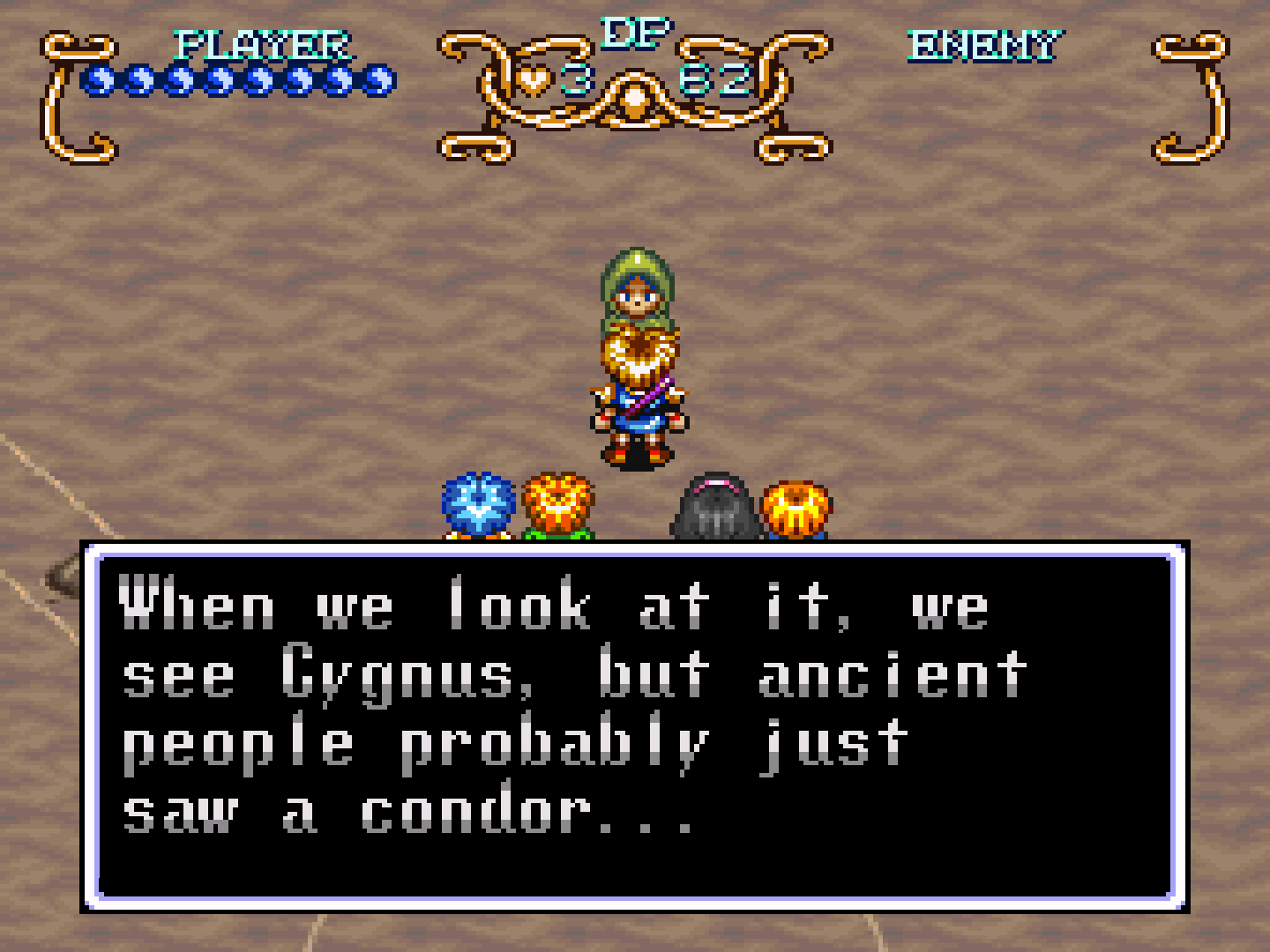 But Lilly realizes something!

She approaches one rock west of her, the one at the base of the condor's beak... 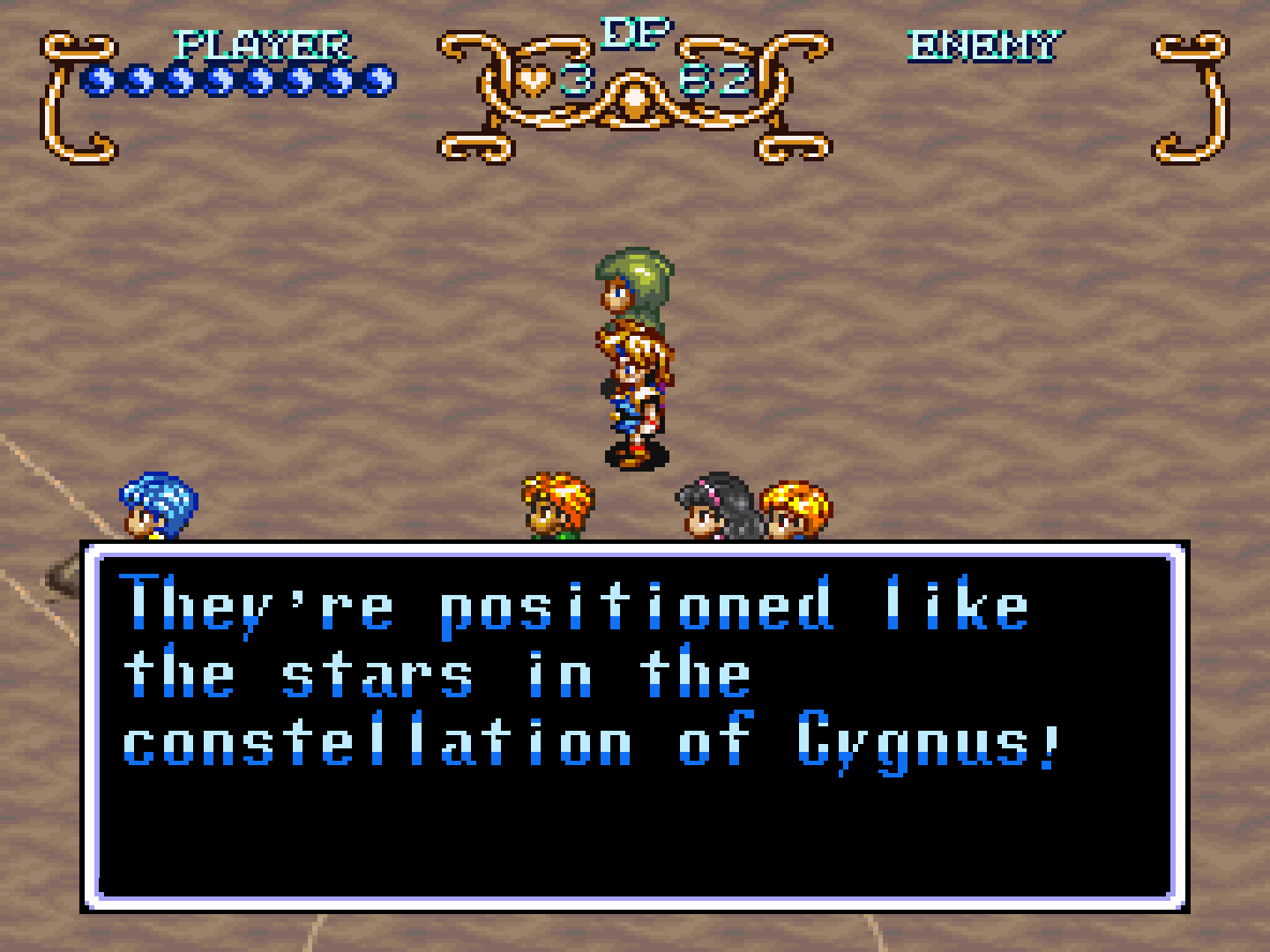 Neil: "Of course! Cygnus has nine stars, and there are nine stones..."

"Where is the red star that appeared recently?"

I choose the head. I'm guessing its the wrong answer, since Will mentions the red star is at the bottom.

I go through the question twice again, choosing the tail next, and then the left foot.

Will: "Of course! At the joint of its left foot!"

Everyone goes to look at the left foot of the condor... 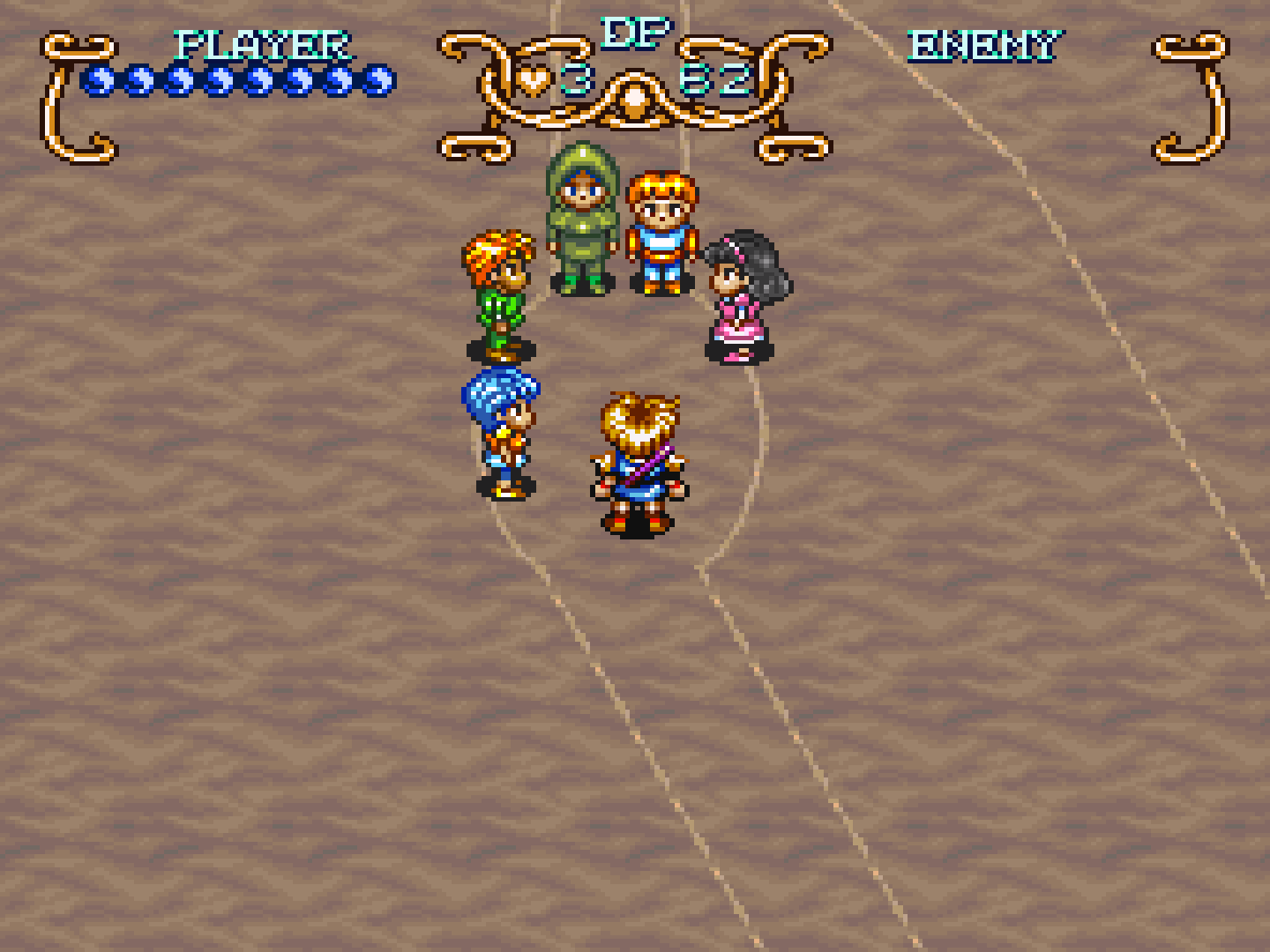 I talk to everyone. 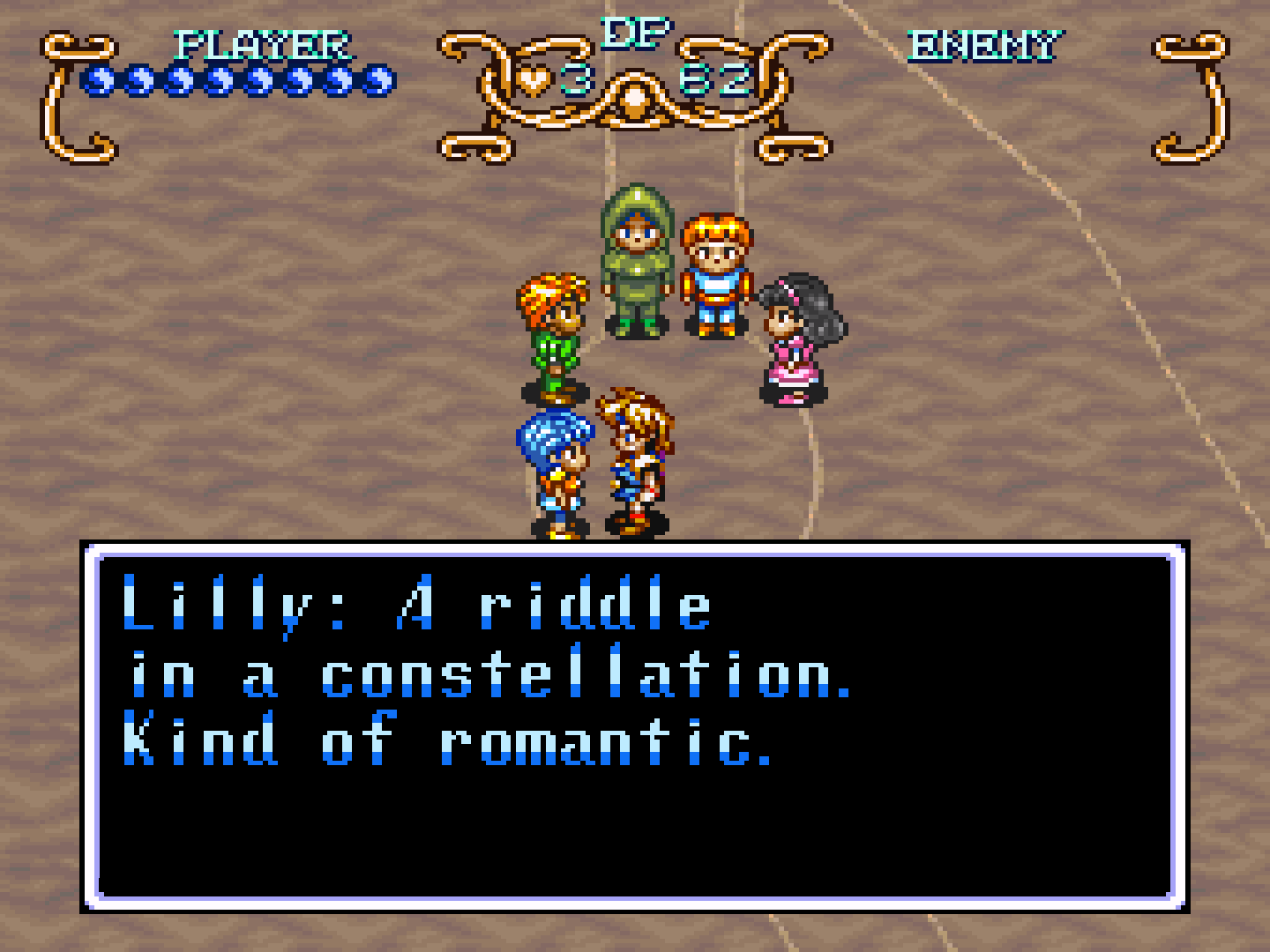 Lance tells us we're figuring out a puzzle that even the best explorers haven't even managed to solve. Kara's getting excited at what's to come, as are Erik and Neil.

In the middle of where the gang's standing, we notice a buried tile beneath us!

"When Will's Flute touched it, there was a rumbling sound!"

Then Will vanishes! What!? 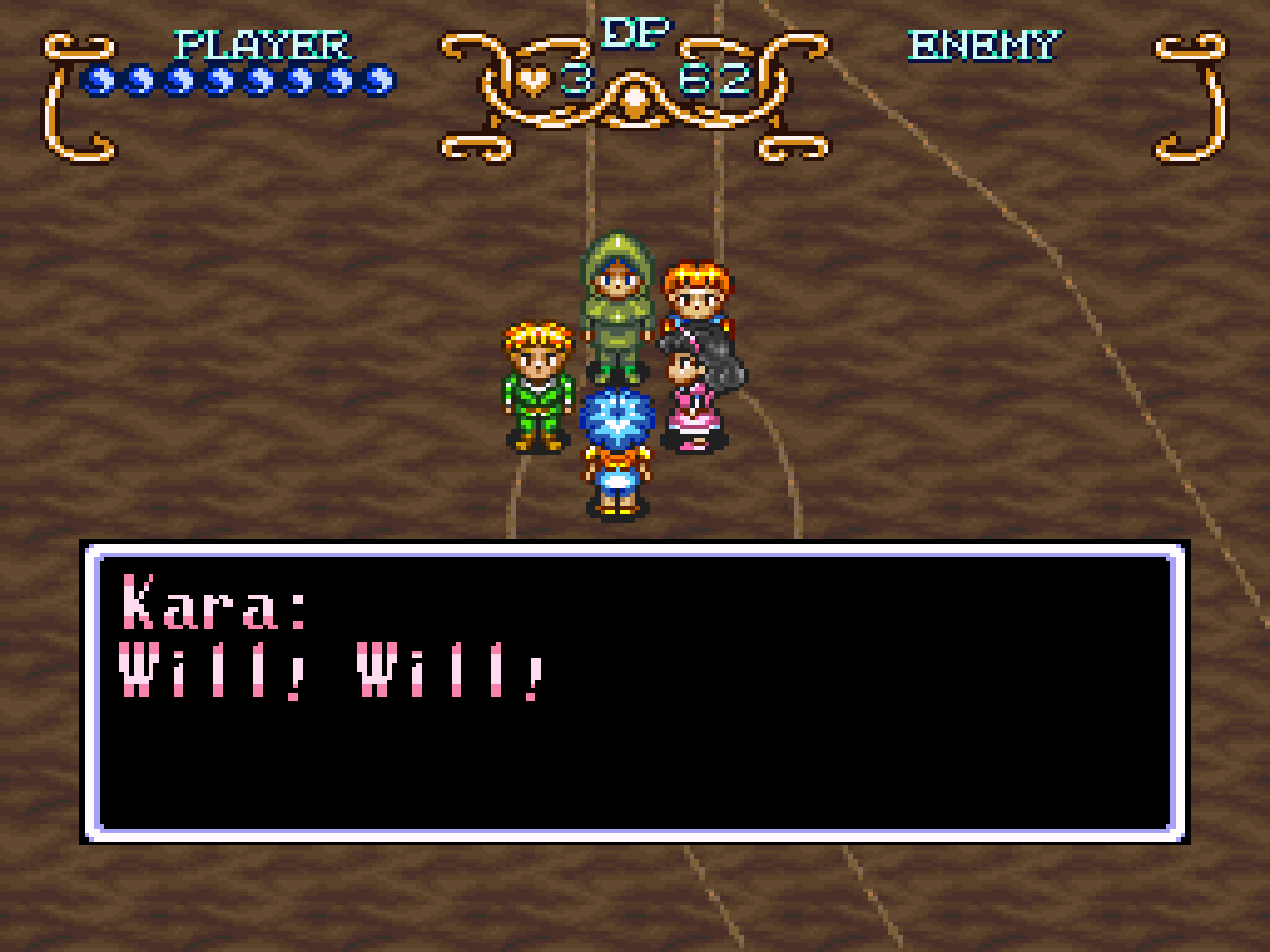 Everyone looks around! Kara calls for Will!

Oh my god, we're in a floating garden! 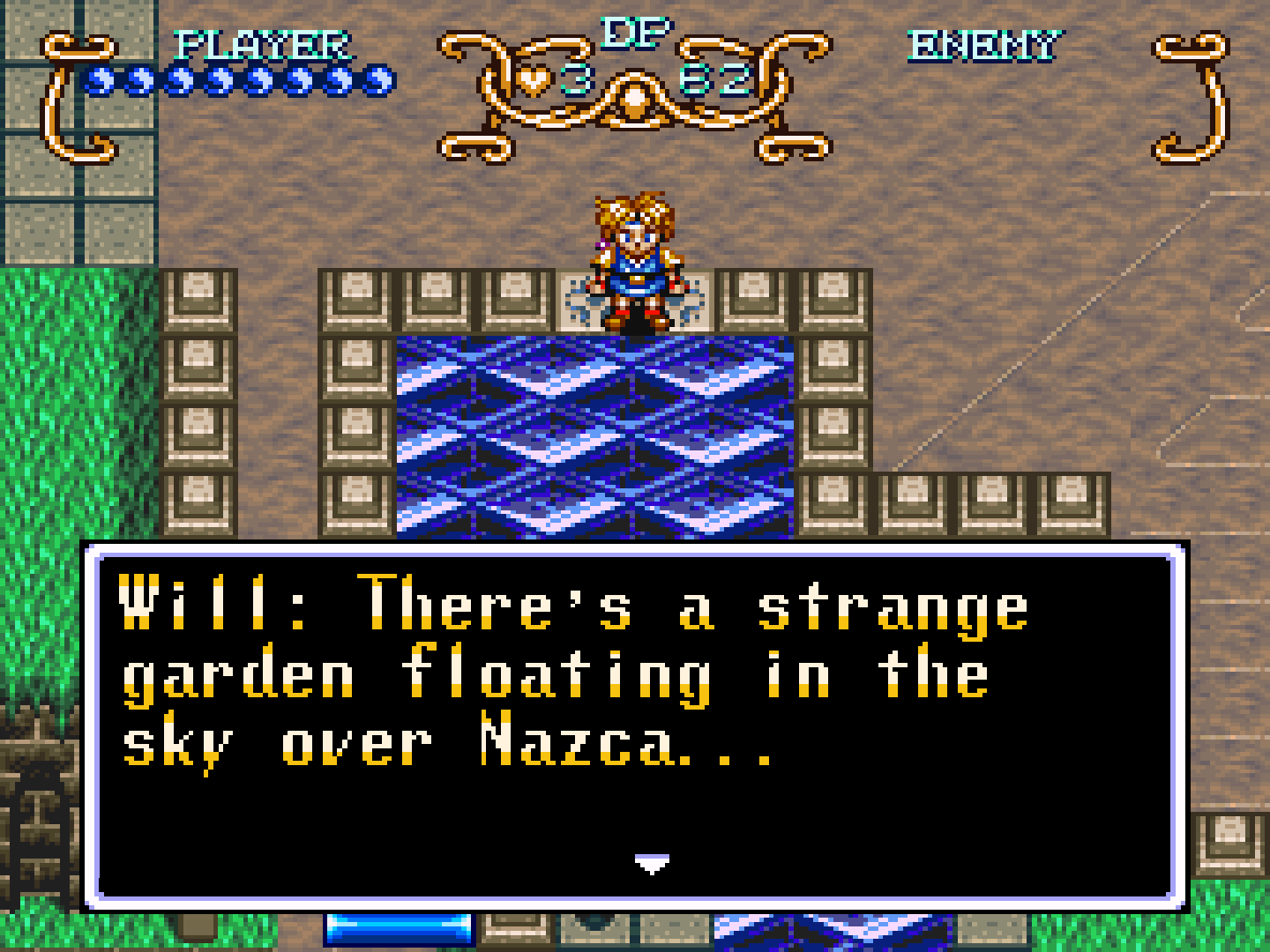 Will: "On the ground, Neil and my friends look like tiny ants going back and forth. Could the paintings be an airport for the Sky Garden?"

Walking around, I notice plenty of spirits wandering...

On the other side of where I entered, I notice a Dark Space portal, yes! 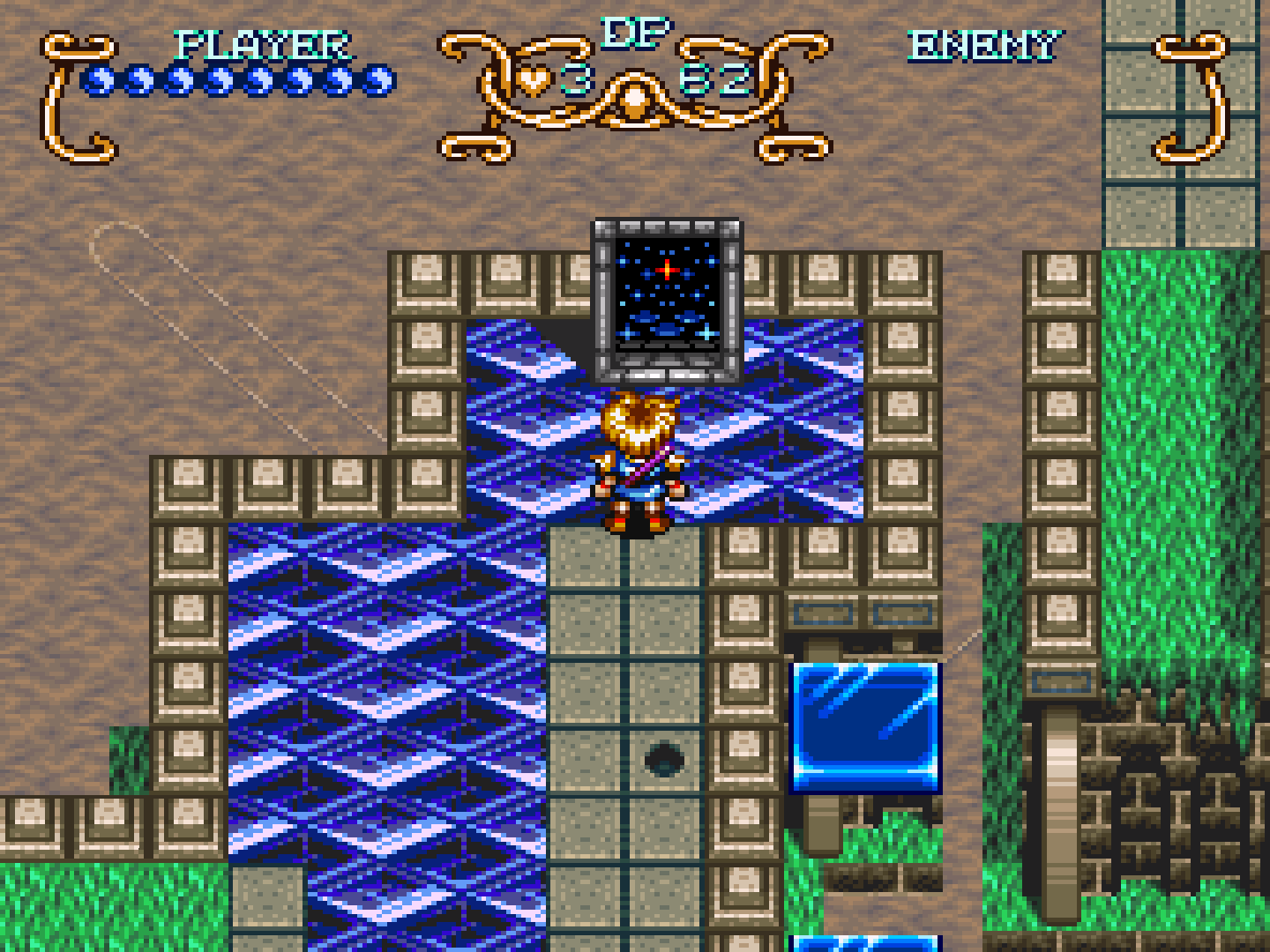 I save and stop my session here for today.