A man, his dialogue in gray font, tells Kara that he can wake Will up. 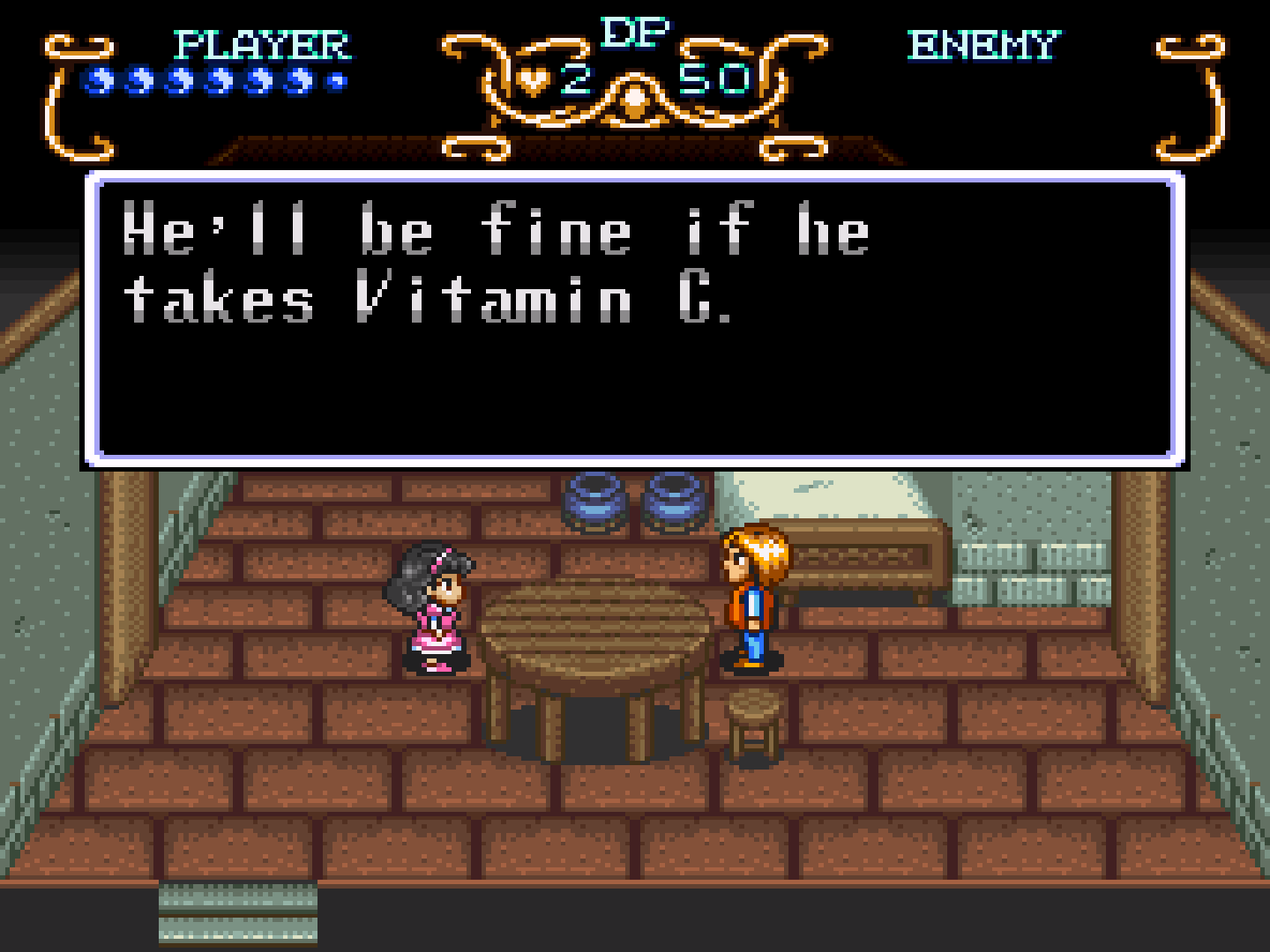 The man mentions that Will fell victim to scurvy. Oh dear...

We are definitely in real-life Earth during the Age of Exploration, or rather, a close universe of it. The man mentioning Columbus all but confirms it. 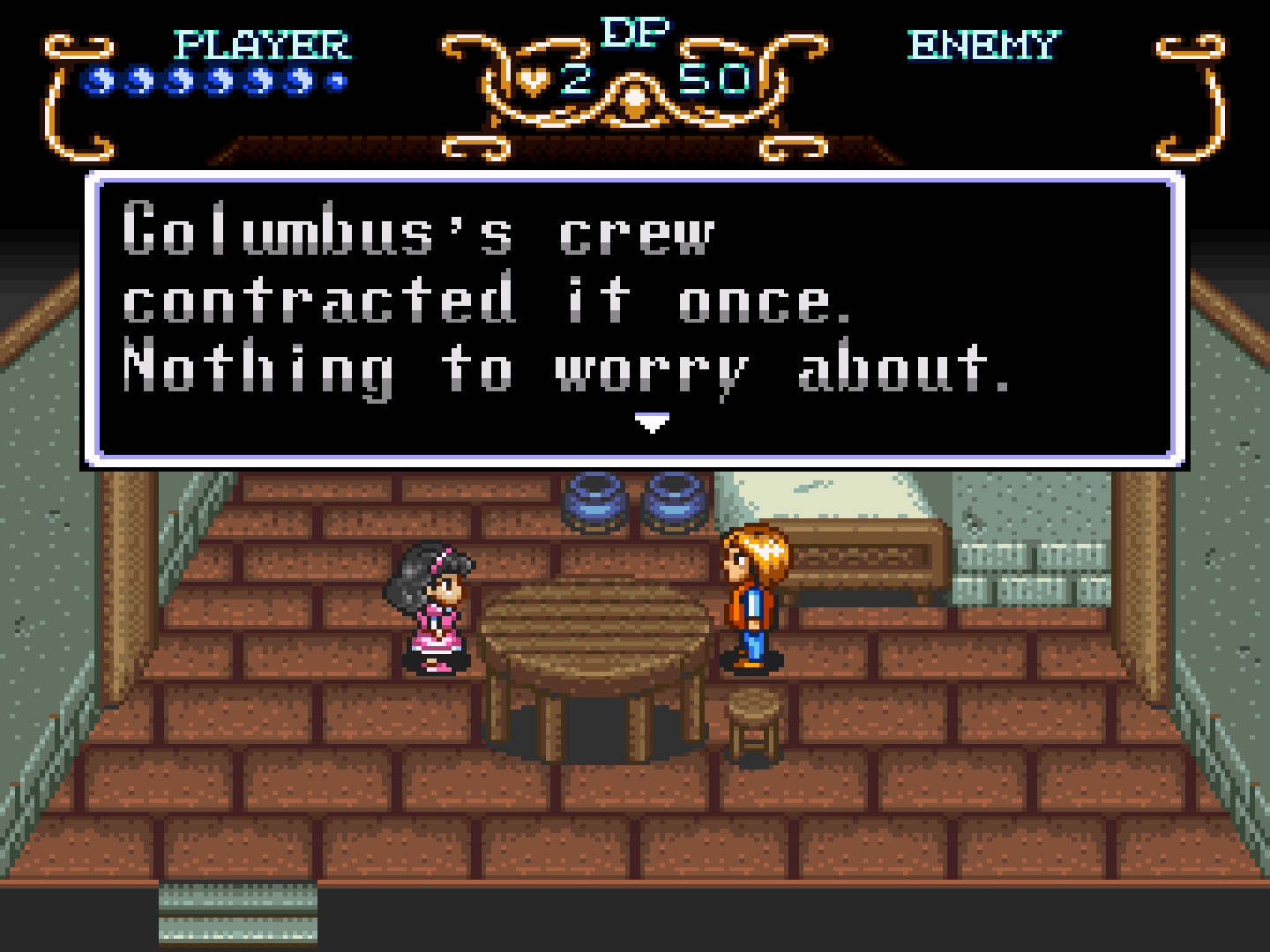 The man mentions the symptoms of scurvy in raw detail. Eeee...

Kara doesn't want to hear all of that. I'm with Kara on this one.

Plus, I also notice another typo in this dialogue. 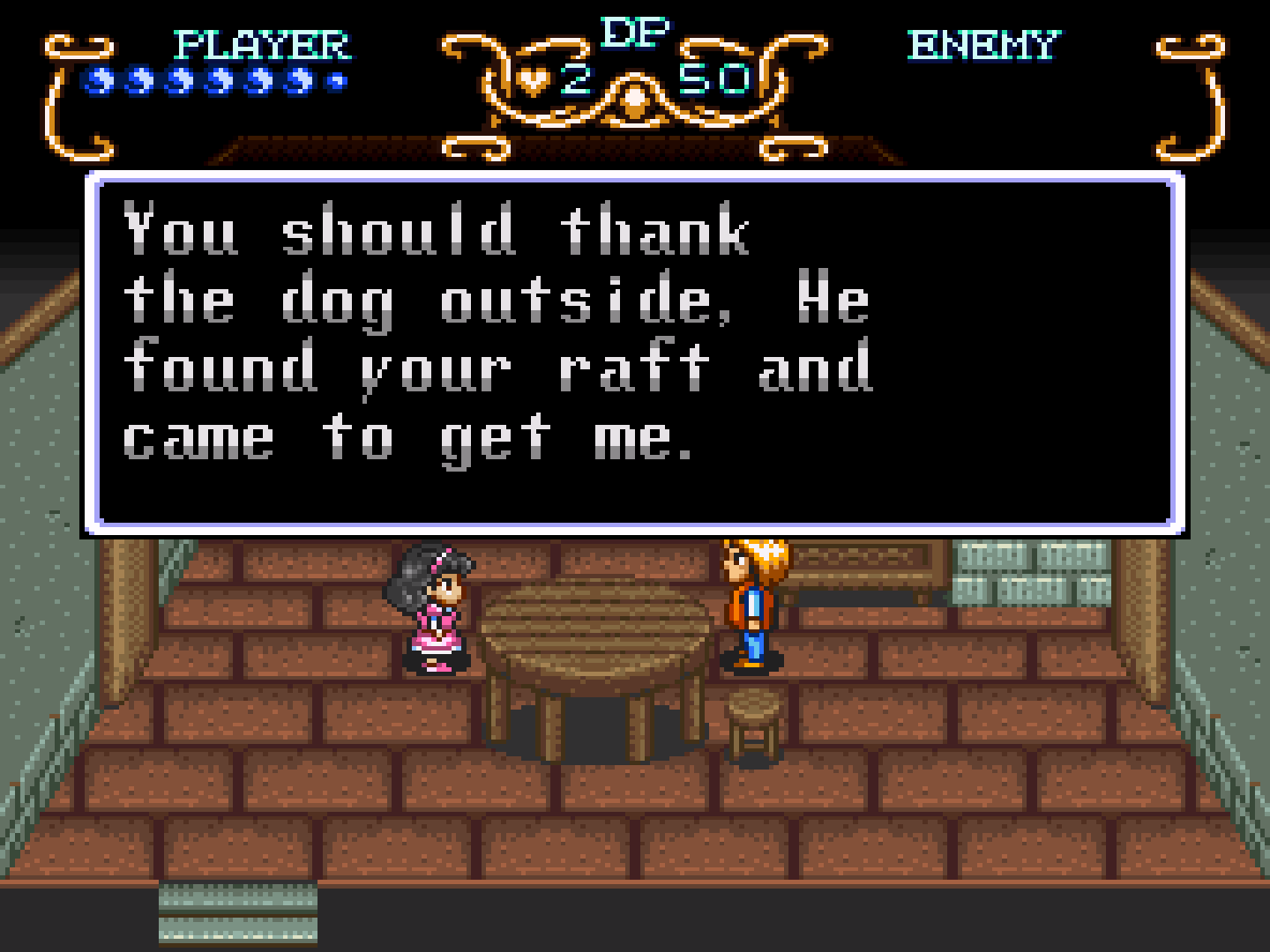 Kara walks over to Will and wakes him up, telling him we've been saved!

Will asks where he is. Yeah, where are we?

Kara mentions we're inside "the home of the kind man who saved us."

She mentions that Will was sleeping fitfully, or tossing and turning. So much so that he pulled out all the blankets that Kara laid on him.

The kind man gives us the town we're at. 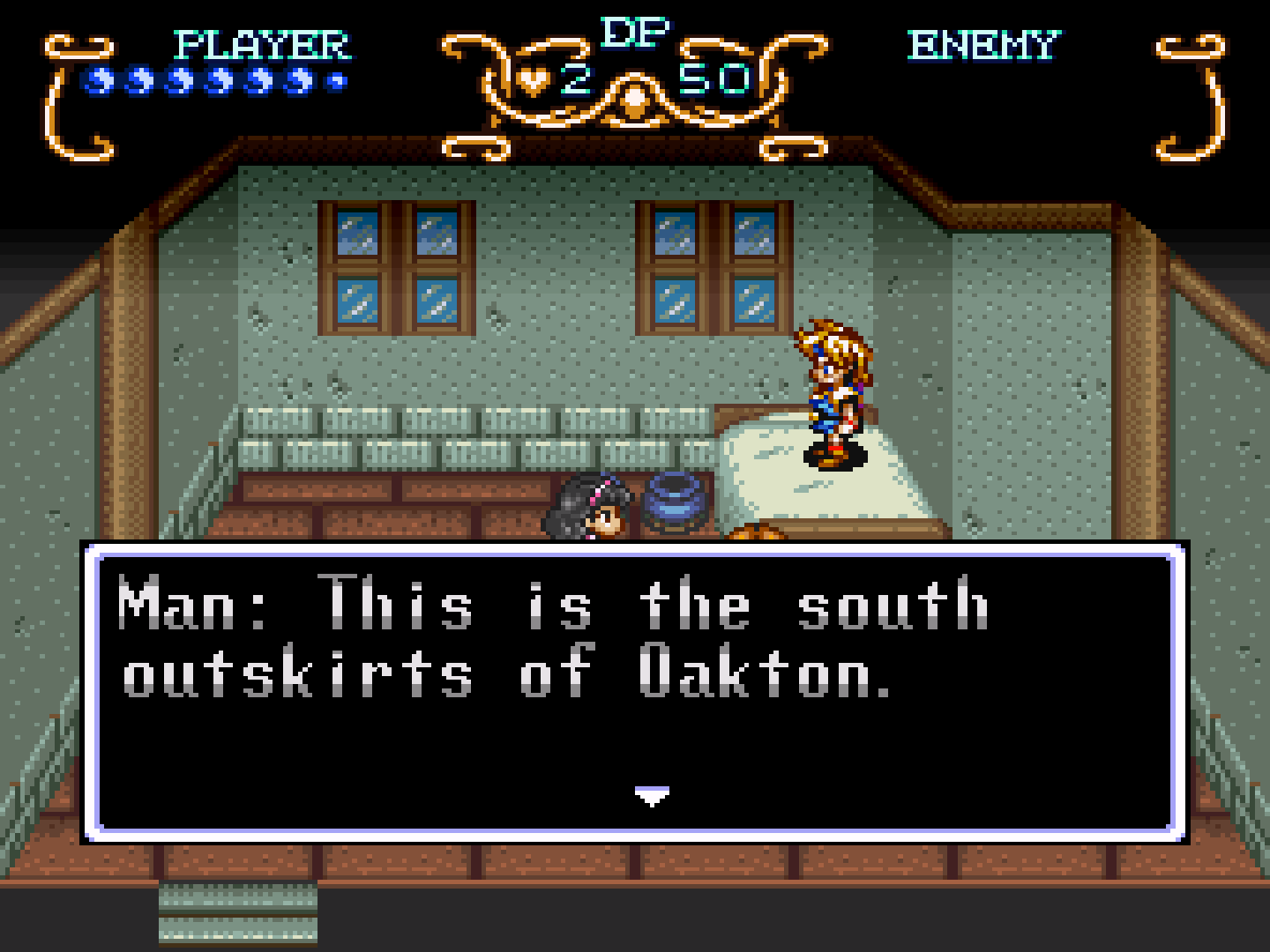 Man: "The city of Freejia is half a day to the north."

He tells us to head off to the city to find Lilly and Will's friends.

Kara goes over to the dog downstairs to thank him. No, she goes outside. 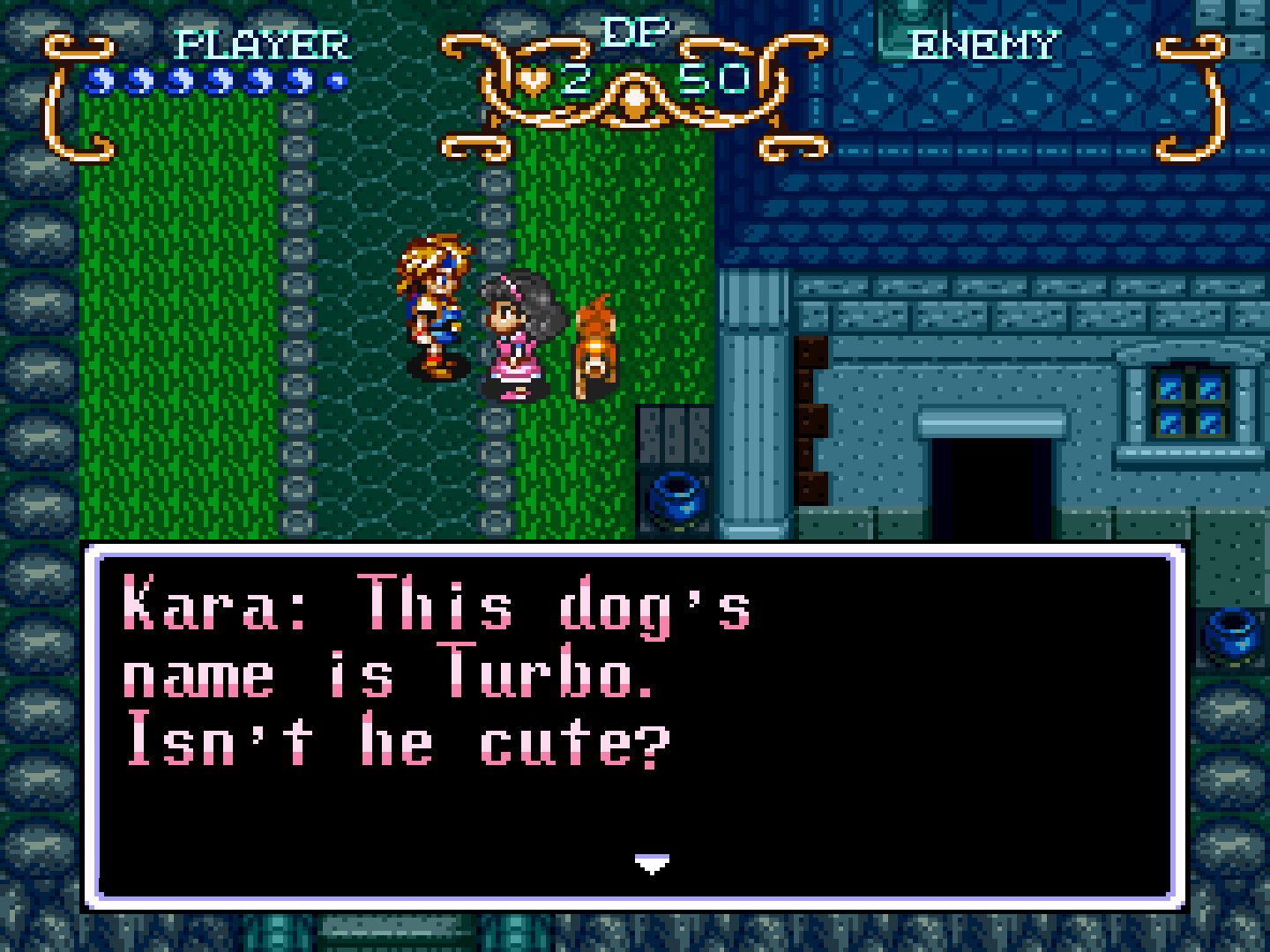 Turbo, huh? So dogs called Turbo must be a Quintet-Enix trademark of sorts, I'm thinking. I wonder if there's also a dog named Turbo in Terranigma?

"So they went to Freejia." 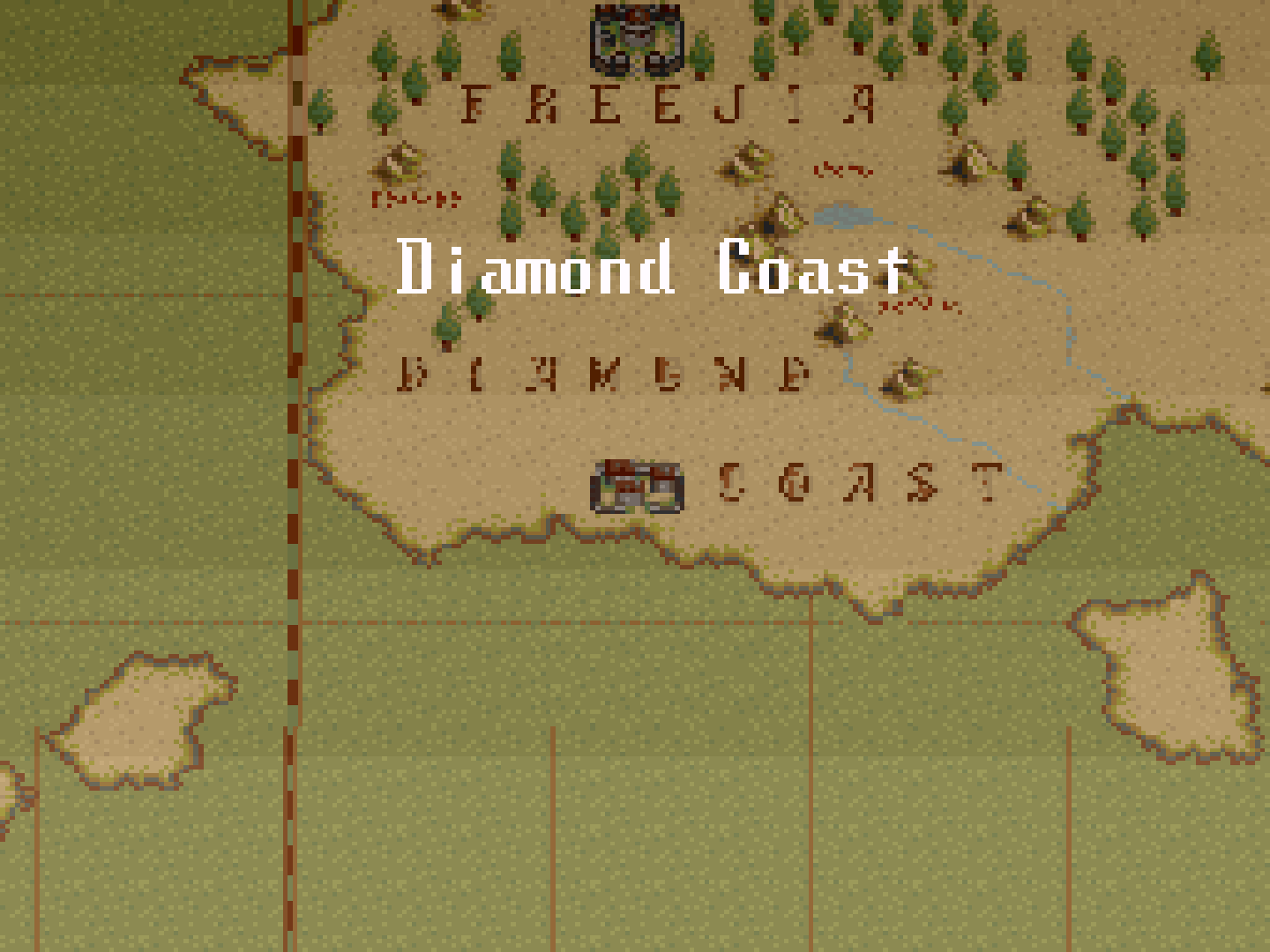 Our current location is at the Diamond Coast, now heading off to Freejia. 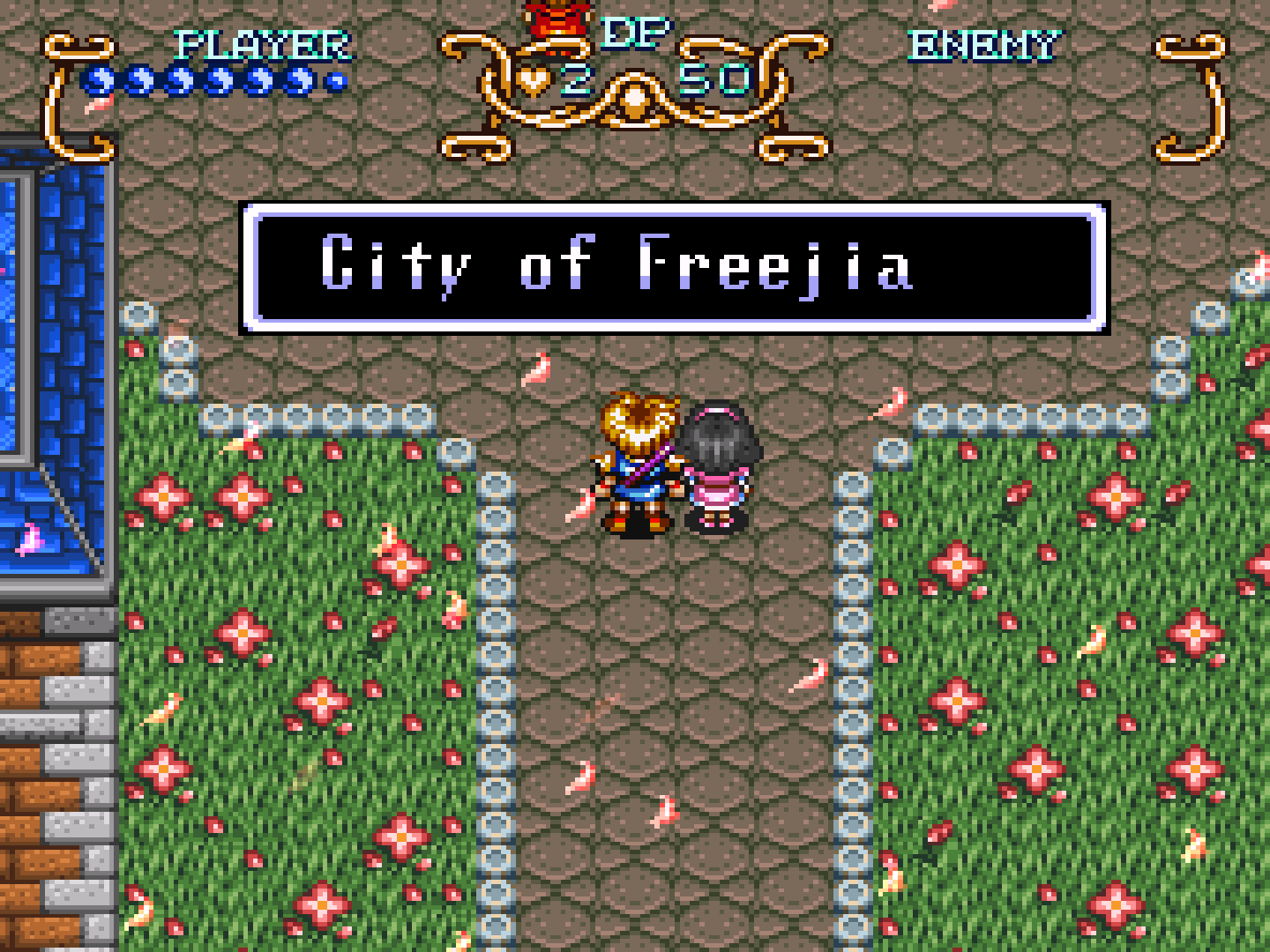 Kara loves the city so much. 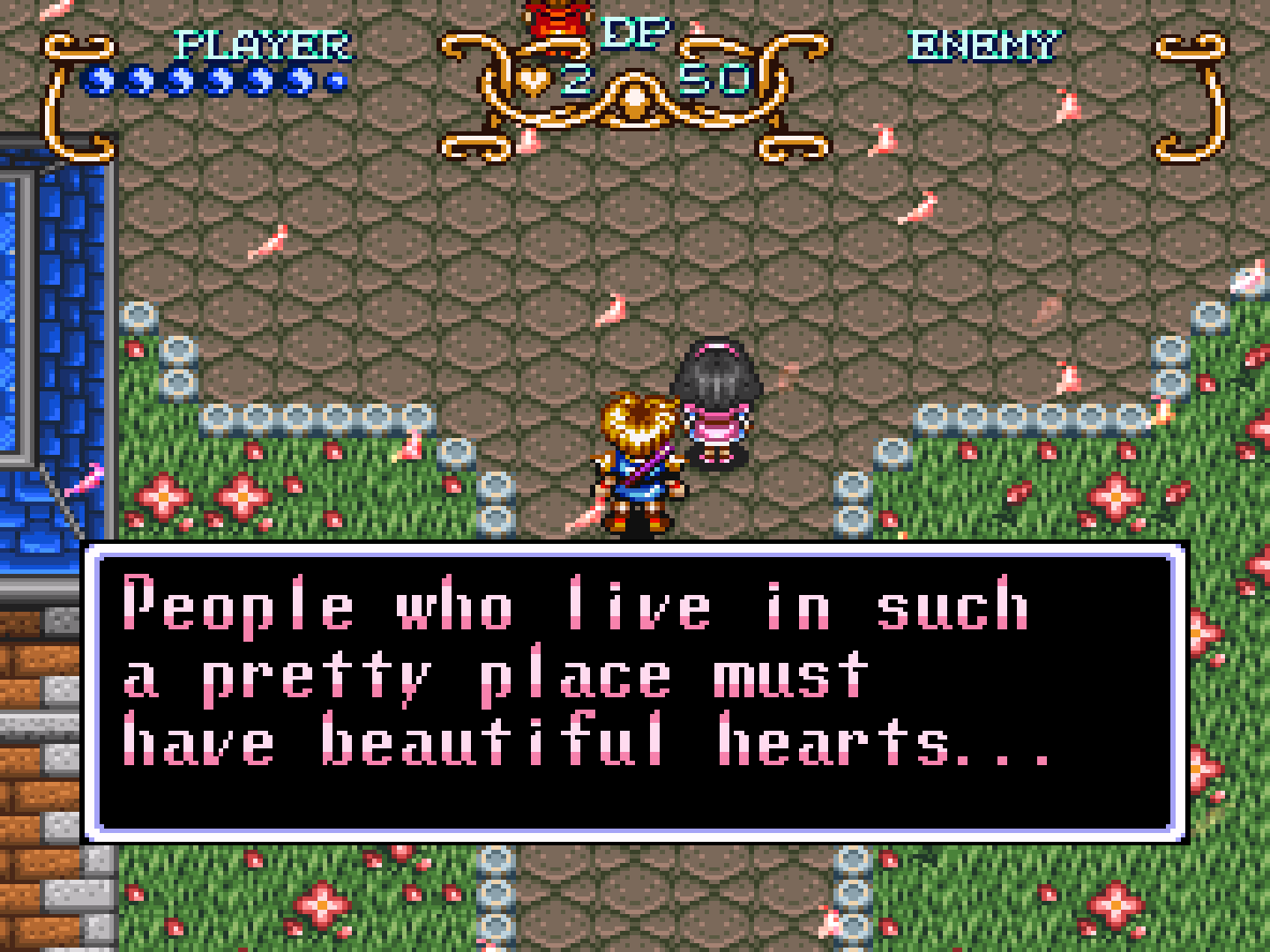 I wouldn't suspect so...

A man comes by and asks where Will and Kara are going to be staying at...

The man suggests looking around if they're trying to find their friends.

I head up north to the alleyway of the city. 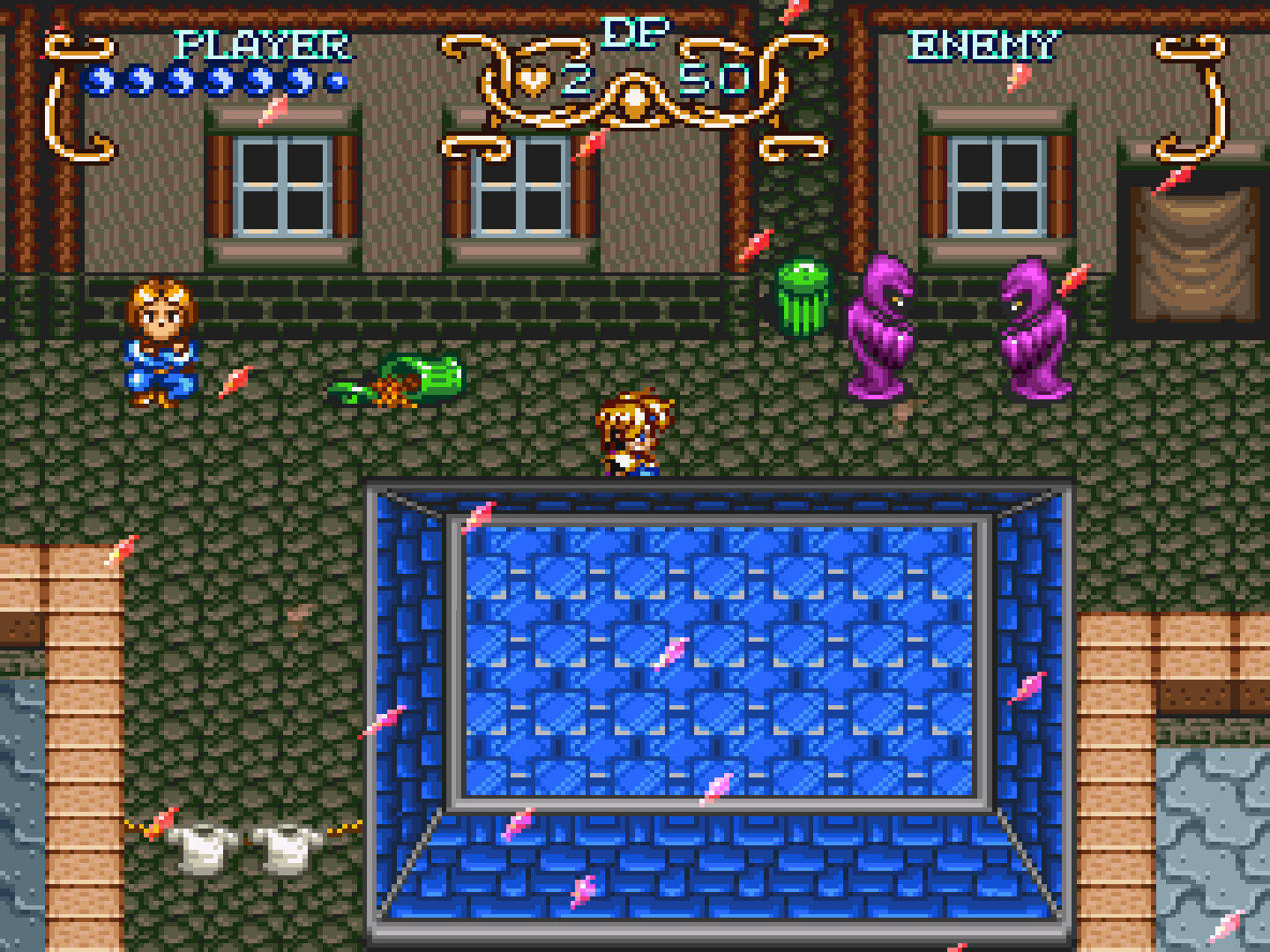 Nope, definitely not suspicious at all!

I visit a few houses, trying to find a portal to Dark Space...

There's a cute couple kissing at the windowsill, enjoying the spring of the cherry blossoms.

I also notice some locked doors as well here.

I manage to find the Dark Space portal in one of the houses in the alleyway... 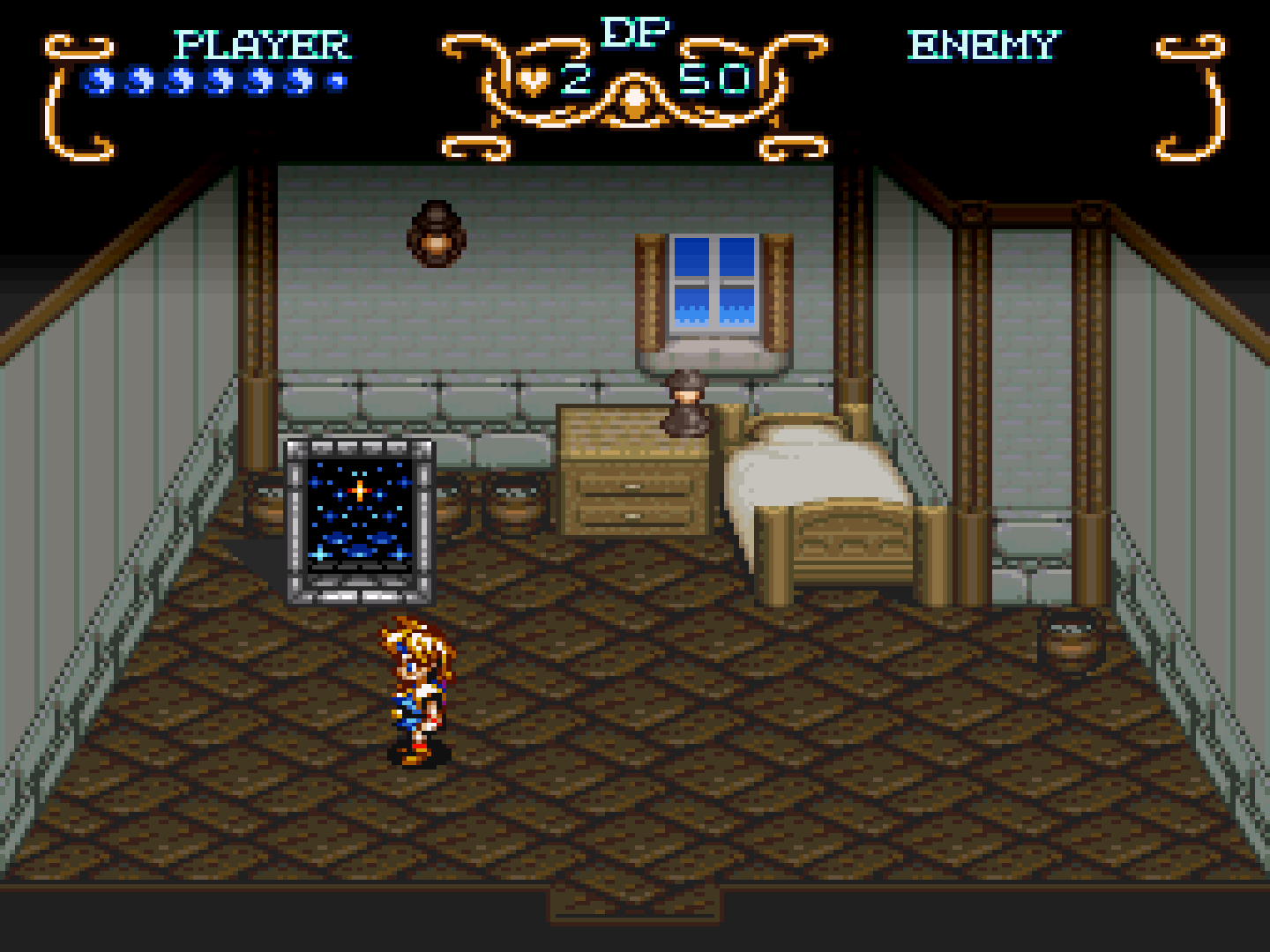 That's it for tonight, and probably for this week on Gaia! It's super late!