Down the stairs we go...

I learn from a guy outside I can run by tapping the control pad twice and holding it.

I talk to a few people. One tells me not to go north where the demons are.

A traveling weapons peddler is nearby, and we talk to him. 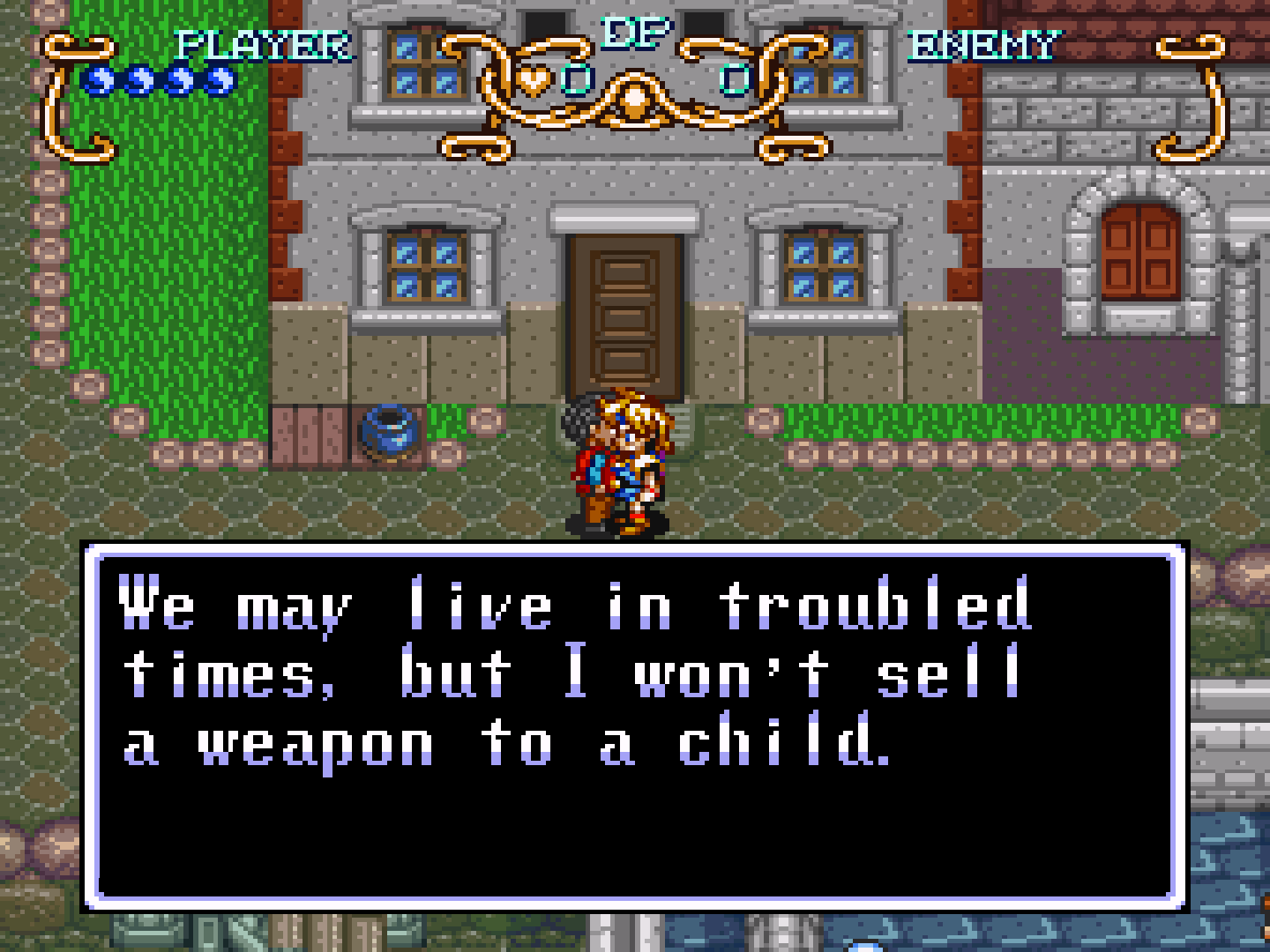 I head inside the building, which is Will's place. 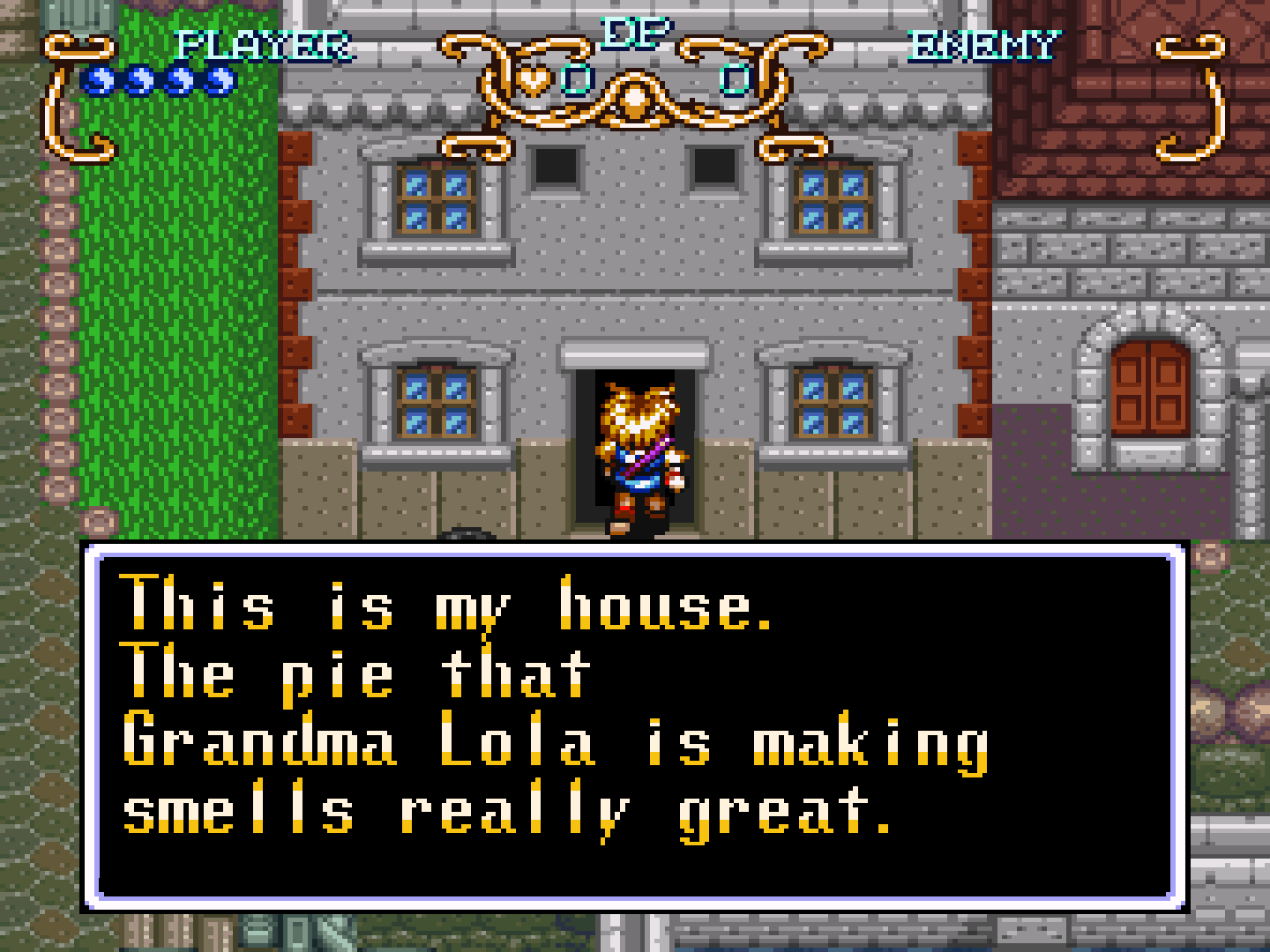 Aside: For any Tagalog speakers here, Will's actually calling his grandmother "Grandma" twice.

I wander around town a bit. Lots of people to talk to...

One person's cooking in a pot since he has no stove. 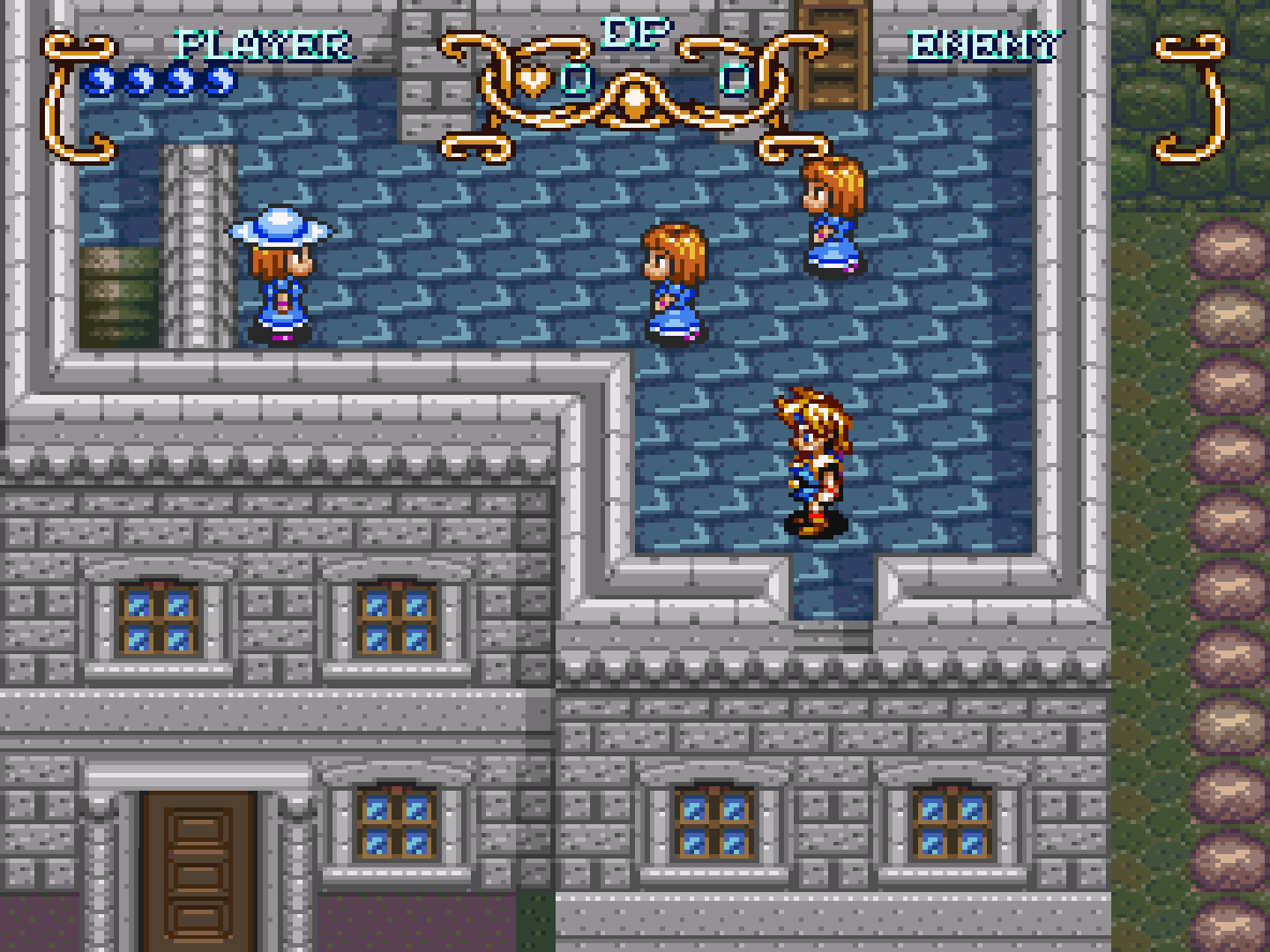 We go down the stairs to Erik's house.

Erik's mom is resting her back with a steam solution.

Erik's dad thinks everyone is jealous because they live in a big house. They've lived in South Cape the longest, he adds.

I head outside and down to the port. 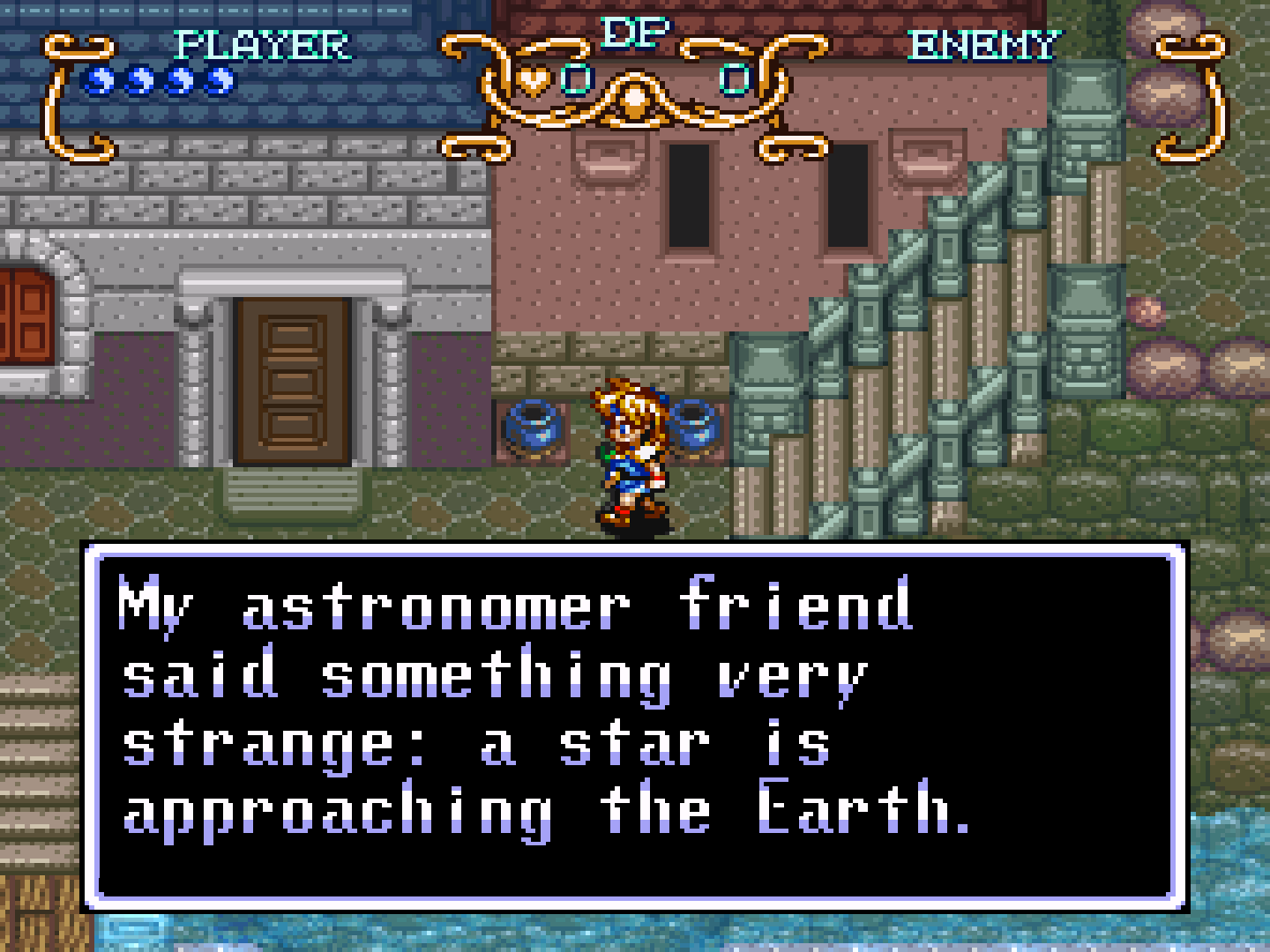 That sounds a bit ominous...

A woman tells us she feels sorry for Seth. Poor Seth...his parents fight every day...

Opening the door, a pot is thrown above Will's head! 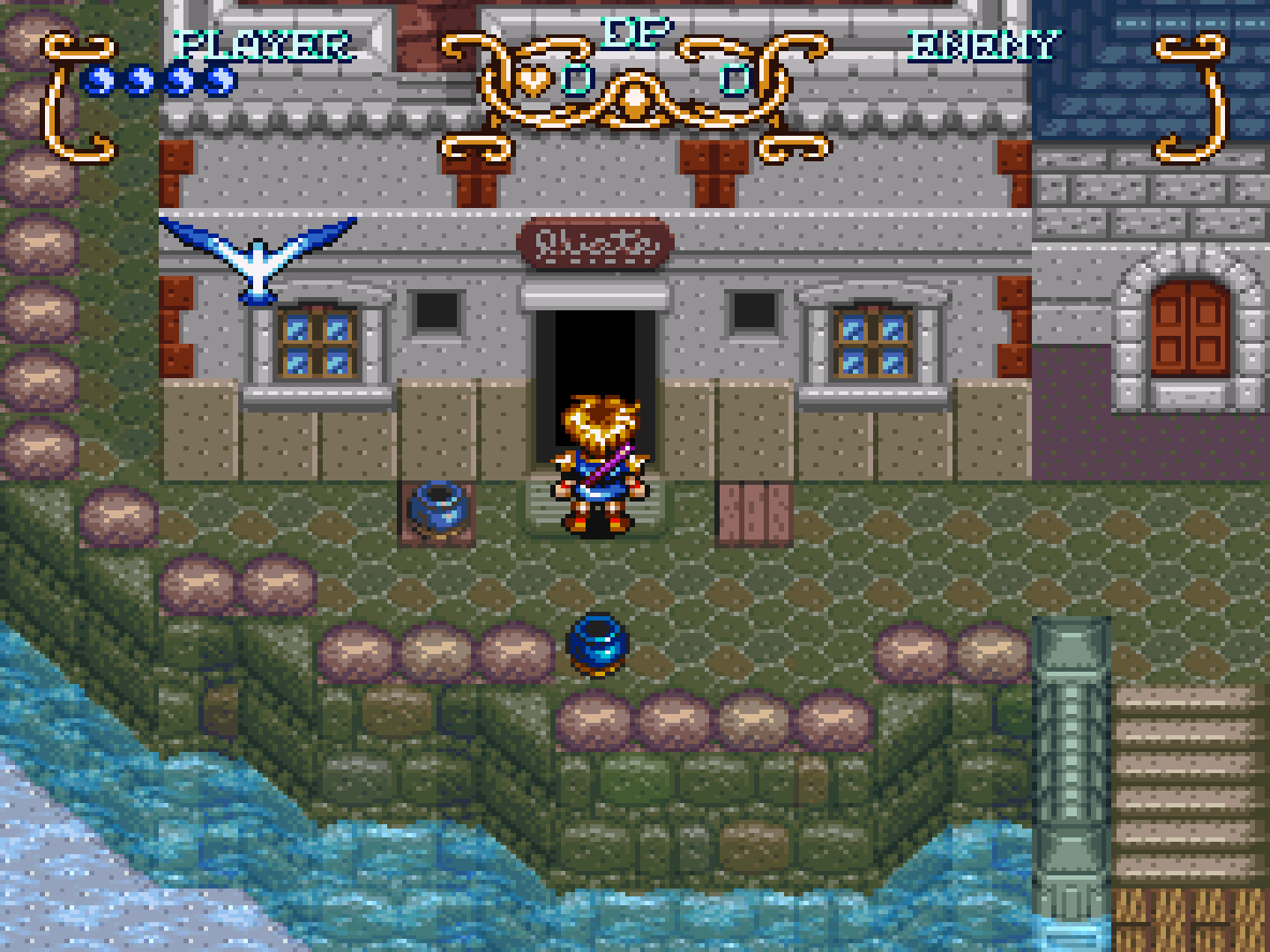 Will shakes his head.

I go next door to Lance's house.

The narration from Will makes the game feel a bit like a movie. 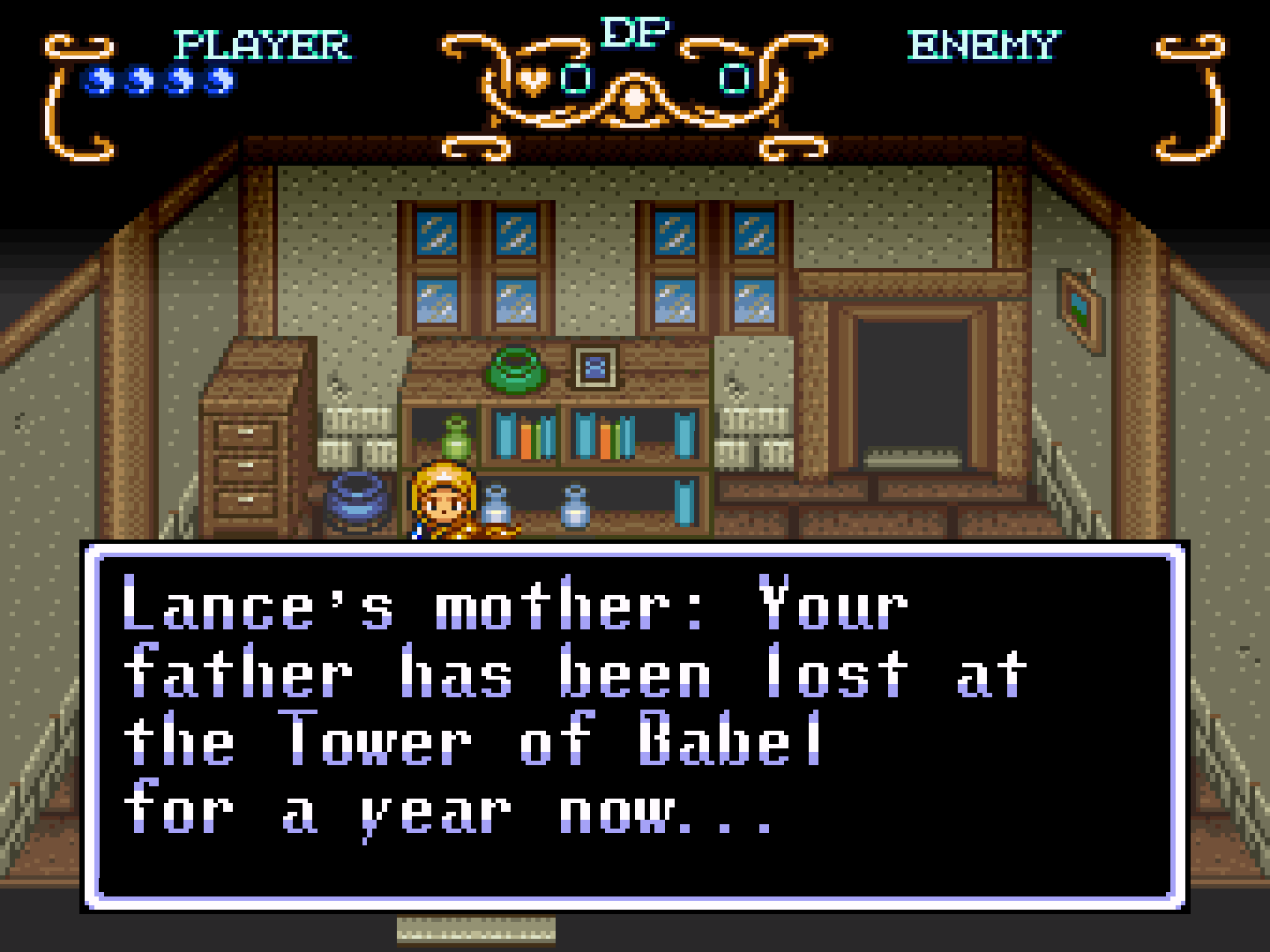 I head down the dock and into a boarded-up tunnel, or, Will and friends' hideout. 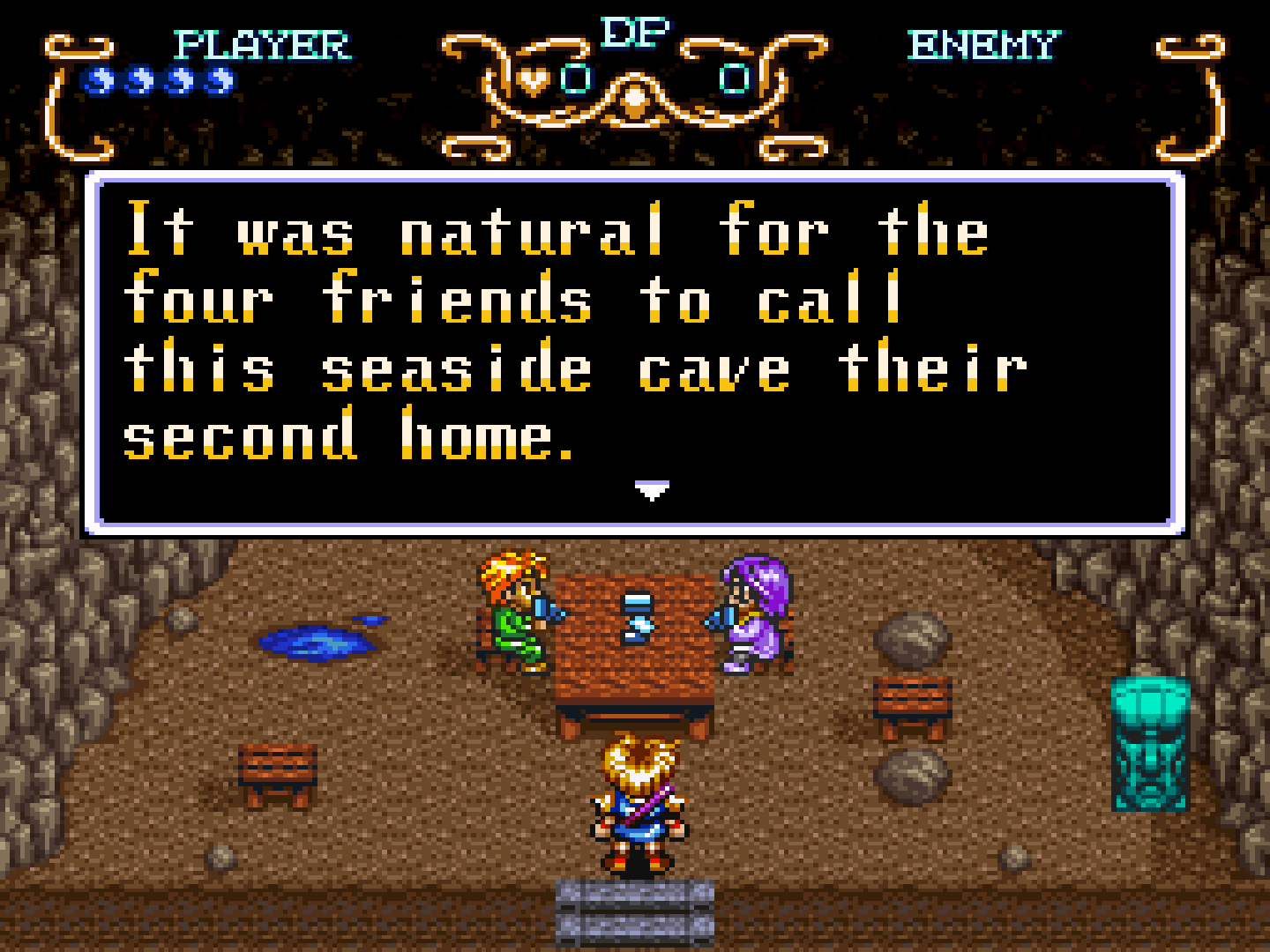 "Usually, when lessons are over, they gathered there to talk and play games until sundown."

I leave the cave and jump off the ledge in front of the school entrance! 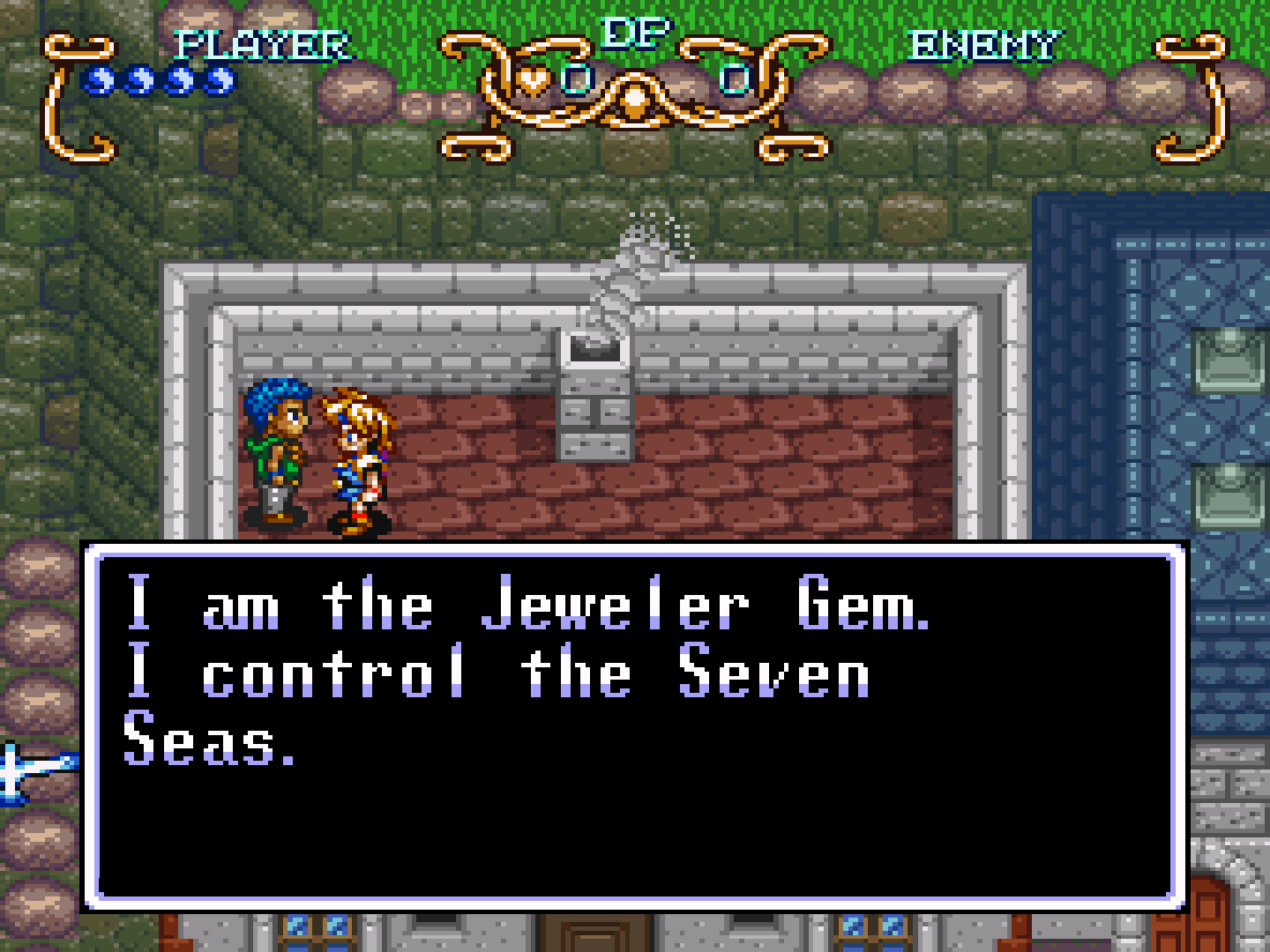 I ask for an explanation for what he does. 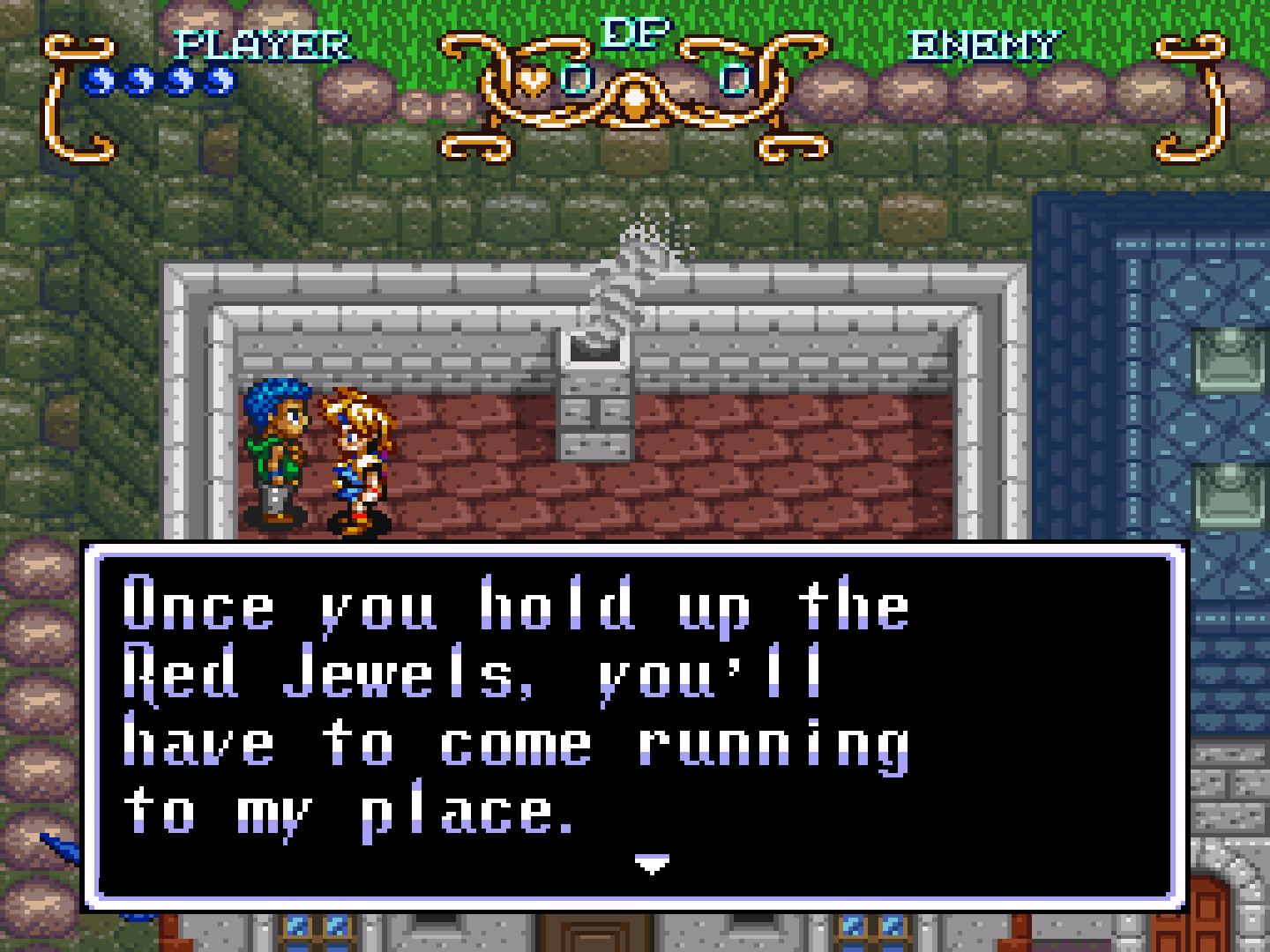 Jeweler Gem: "I am a famous master of disguises. If you saw me in another town, you wouldn't know me."

He can give us things in exchange for Red Jewels.

Here's what he can give away: Herb, Defense Force, Life Force, Strength, Psycho Power, Dark Power, and "[his] secrets."

I jump off and go inside Seth's house. 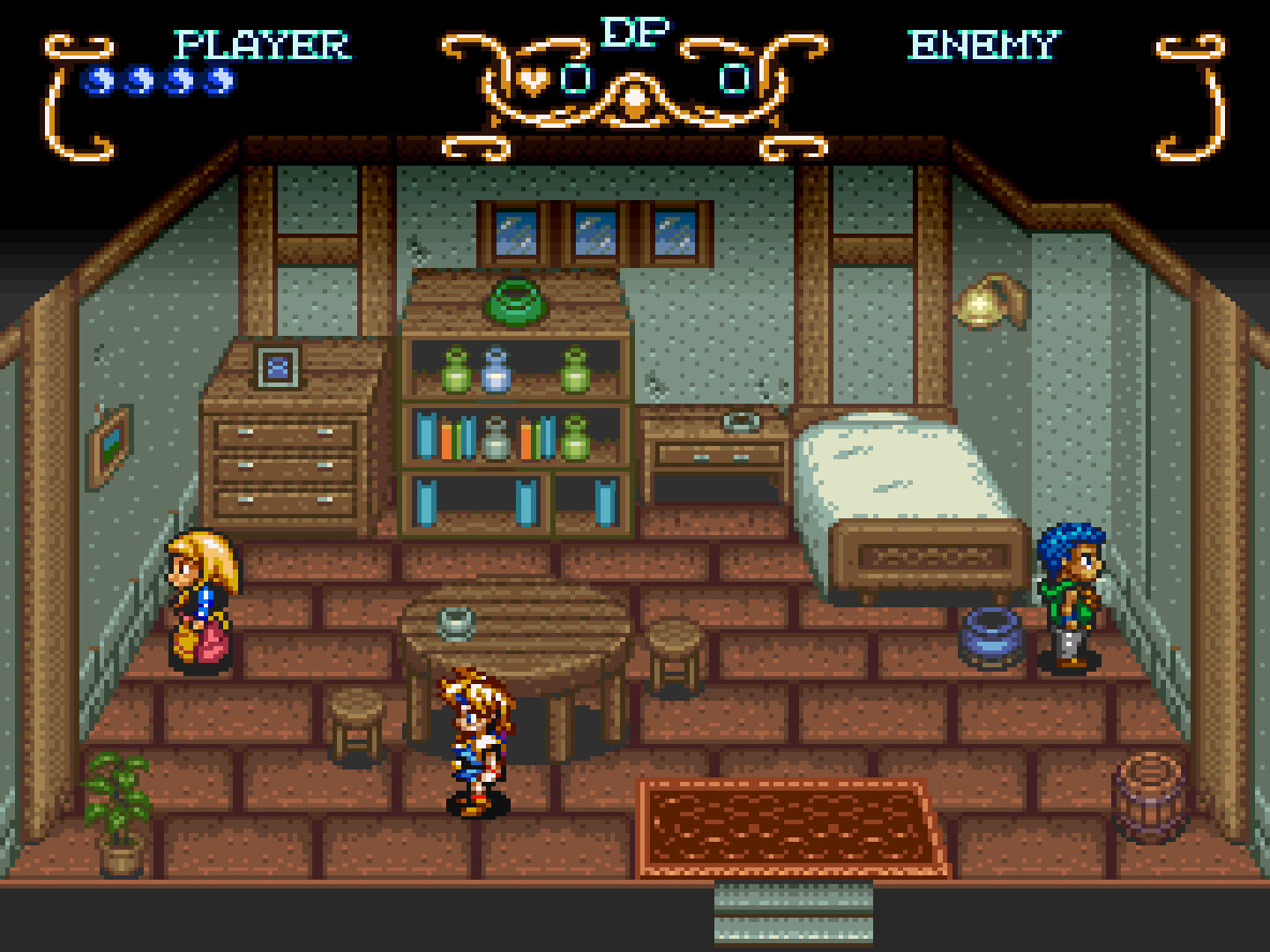 After a very quick chat, I leave immediately!

I decide to head back to the school roof, into Gaia's domain, and save here for tonight.

Here's the theme for South Cape. Along with the orchestral version!