...And lands on the Incan Gold Ship!

Will can't believe what he's seeing either! 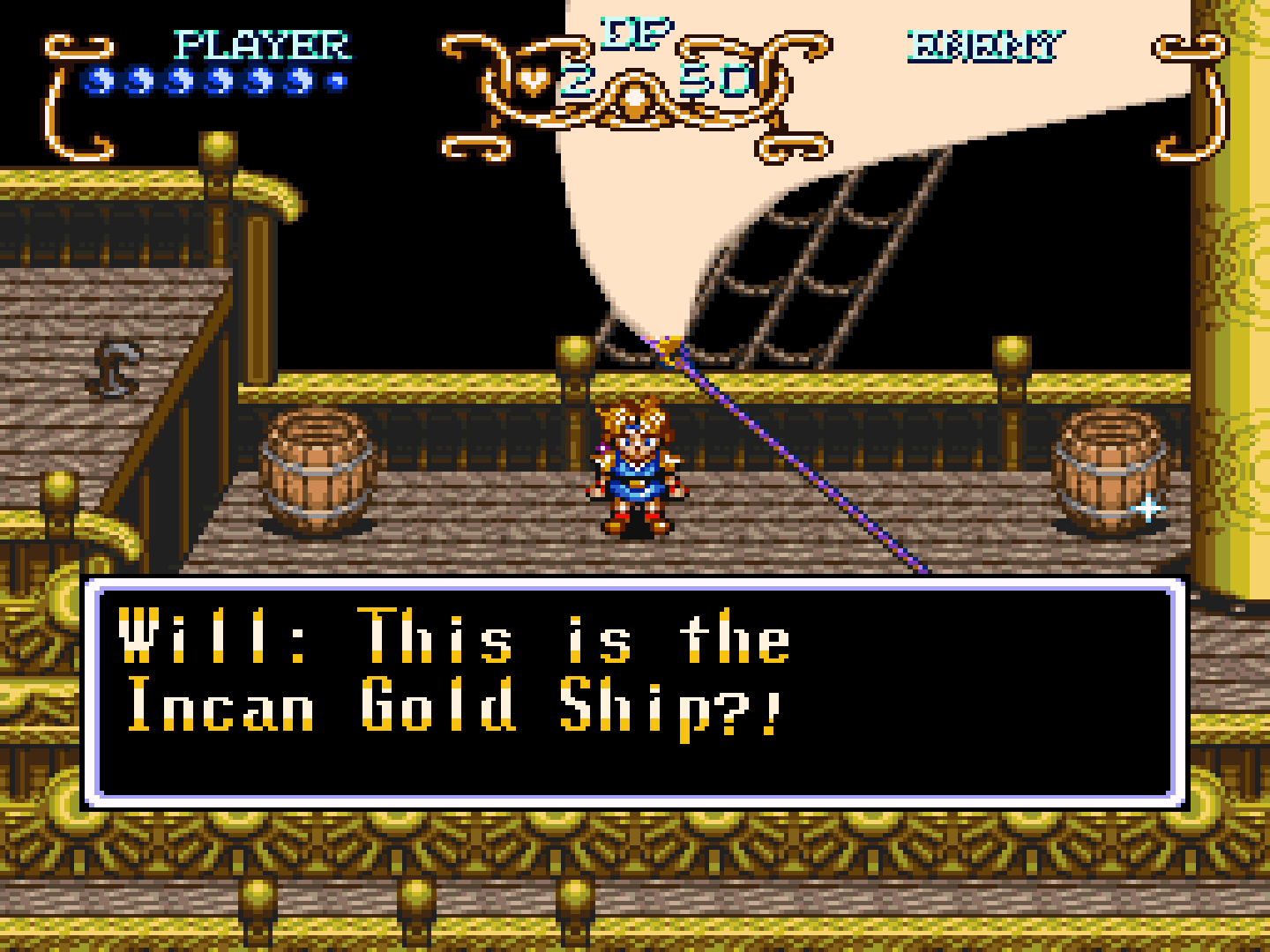 I walk around, and heading forward, I notice someone there. 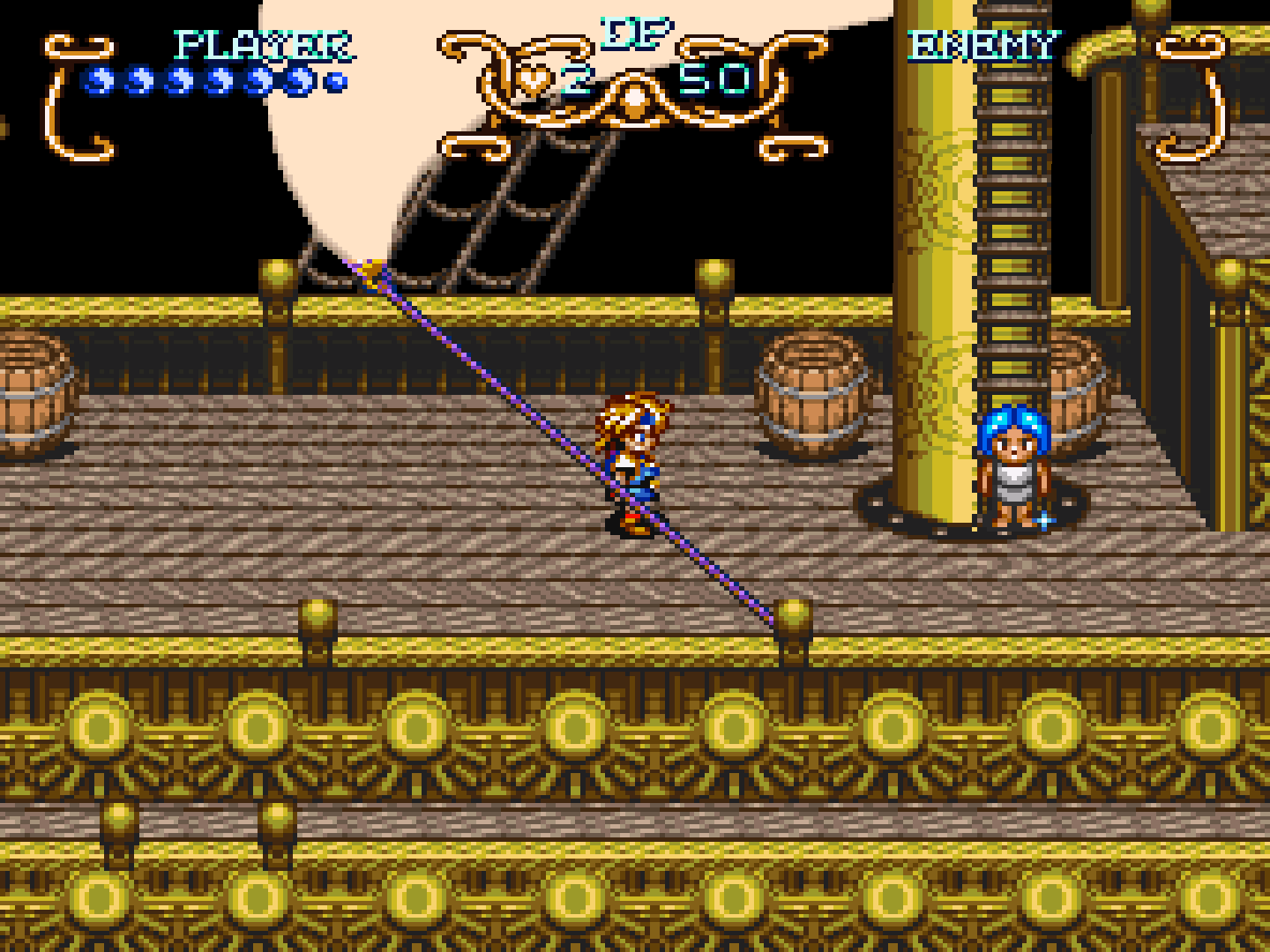 No, make that two people! 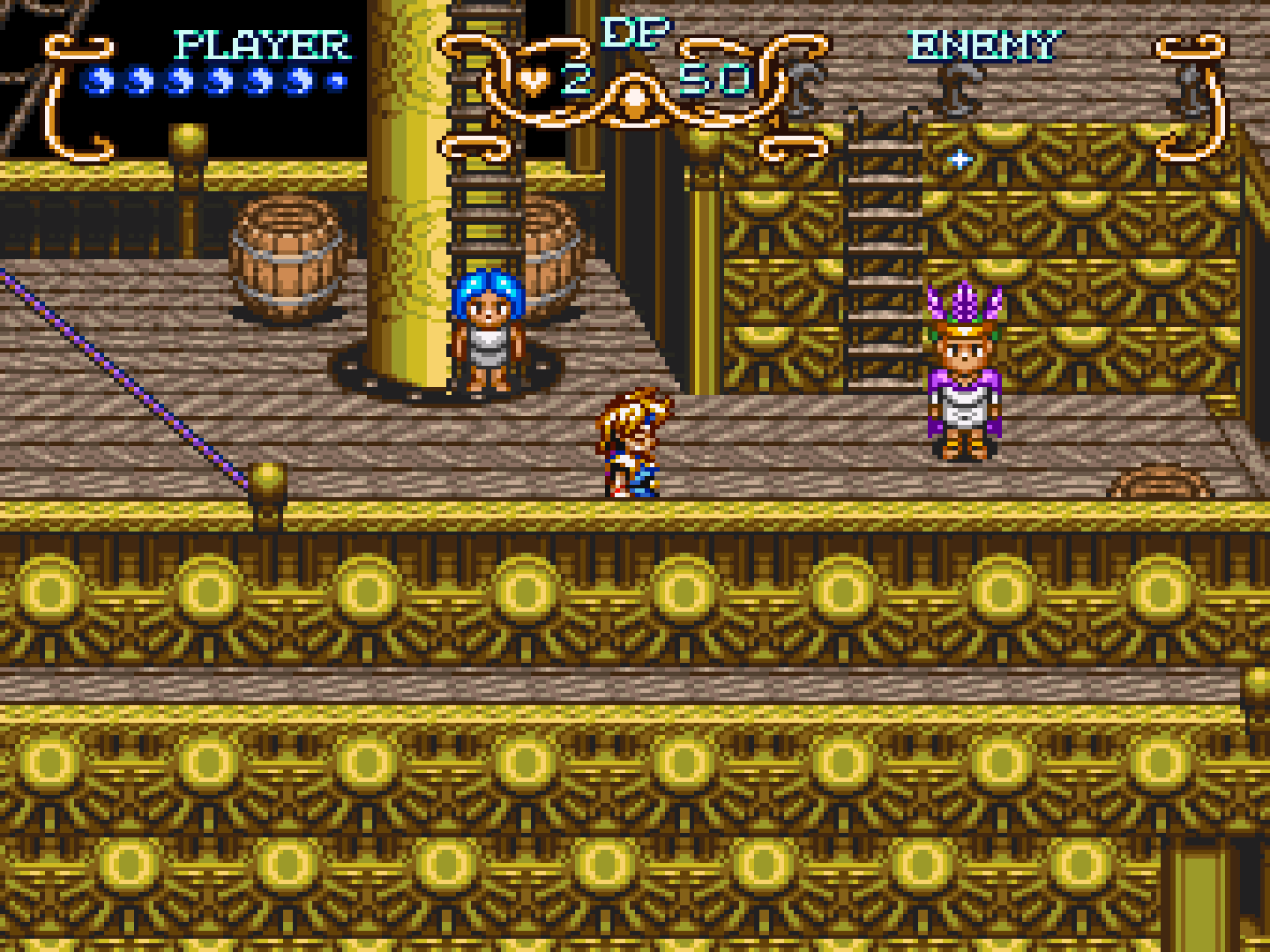 I talk to the blue haired person, who mentions the King of the Incas "has returned!"

They also mention that the King's "much shorter!" Are they talking about Will?

There's some more people on the ship to talk to...

King? What is going on here? 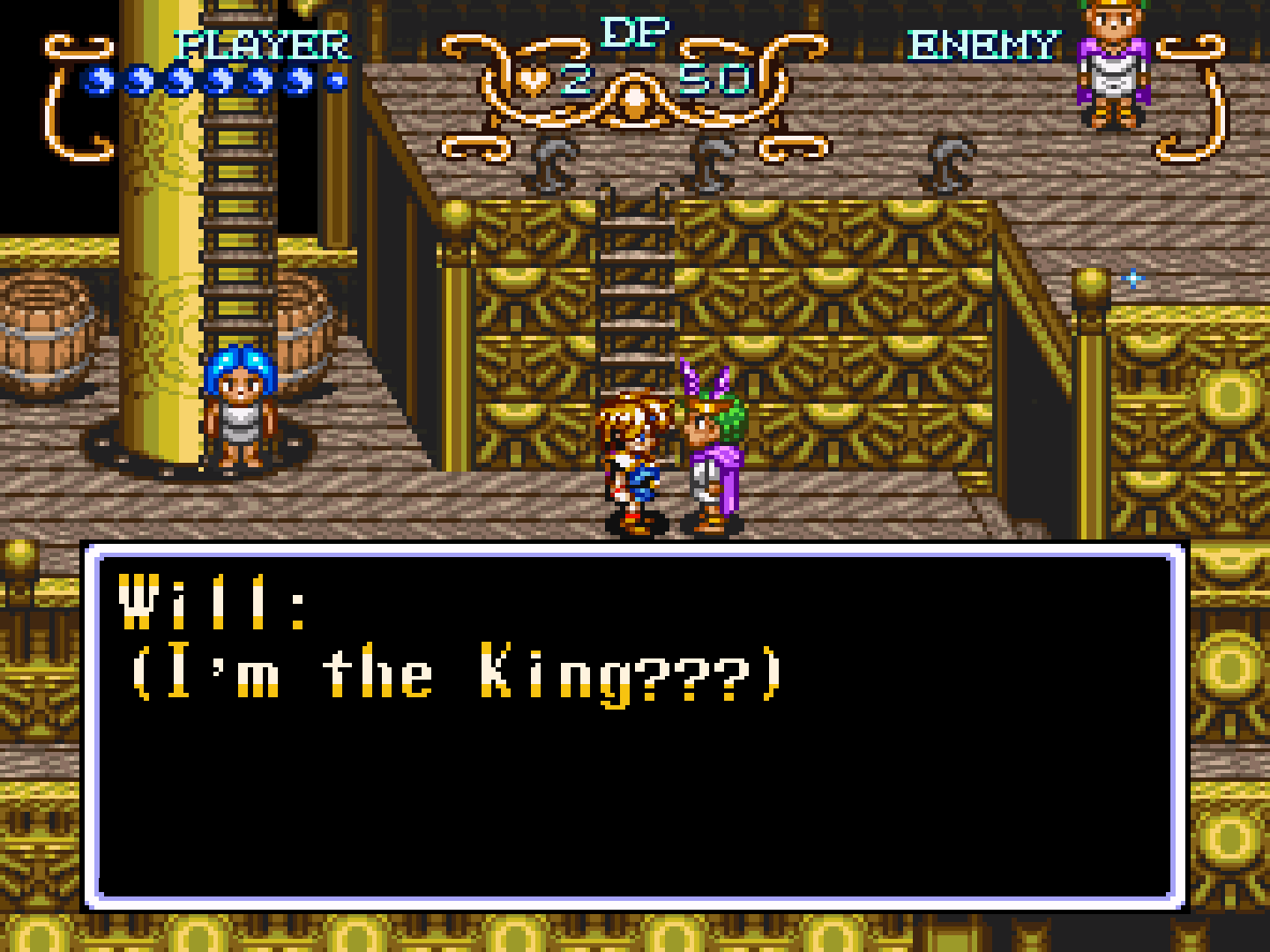 Will has the same response as me, with a lot of question marks.

There's also a way down into the ship itself...

The woman here mentions a Queen, and she's inside the ship.

I wander around the interior of the ship, and down into the basement we go!

One of them's asking why did they have to flee from their home...

I notice a big chest. 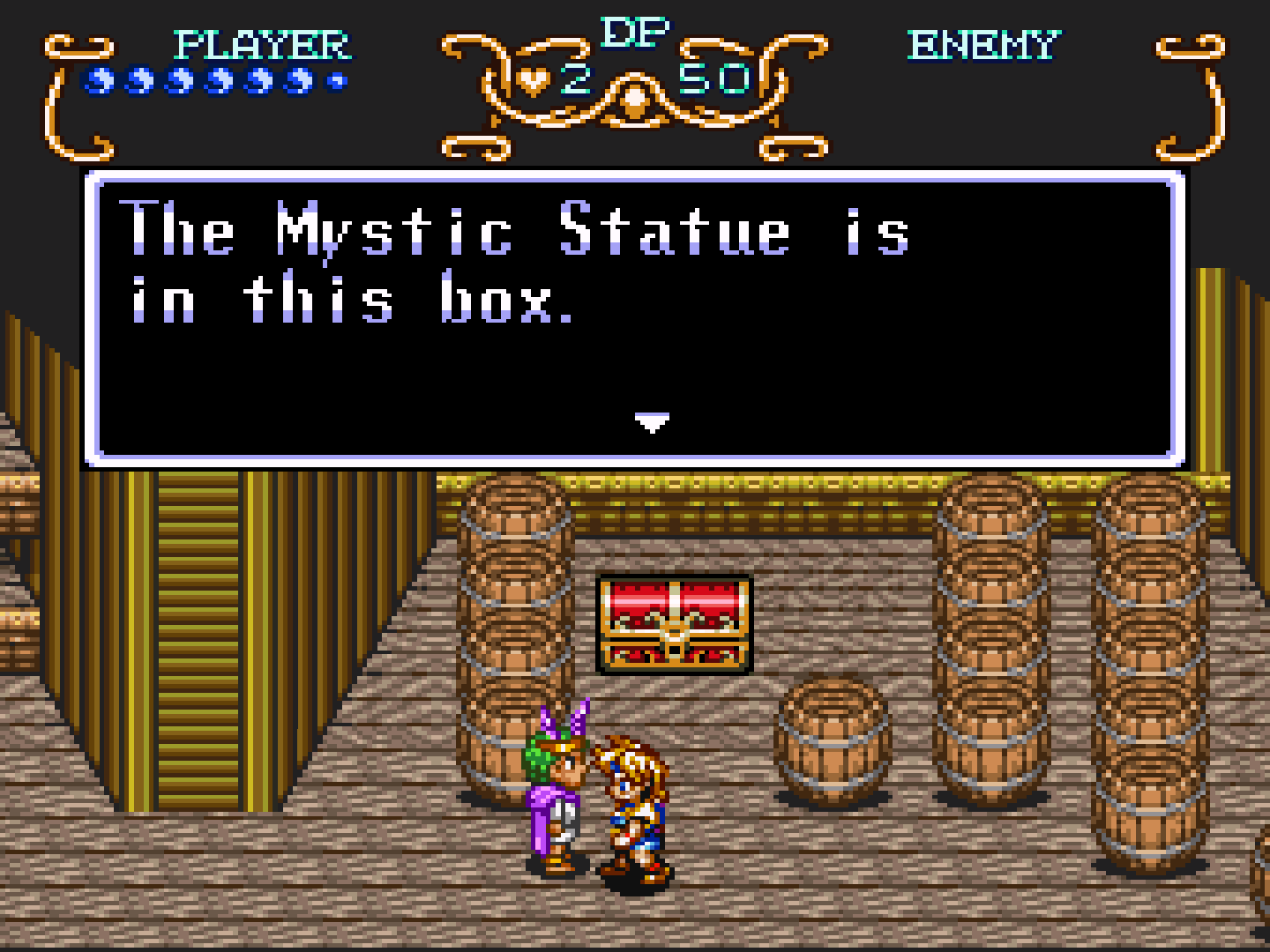 I decide to take the Mystic Statue inside the chest. I feel very guilty doing this without asking the Queen first... 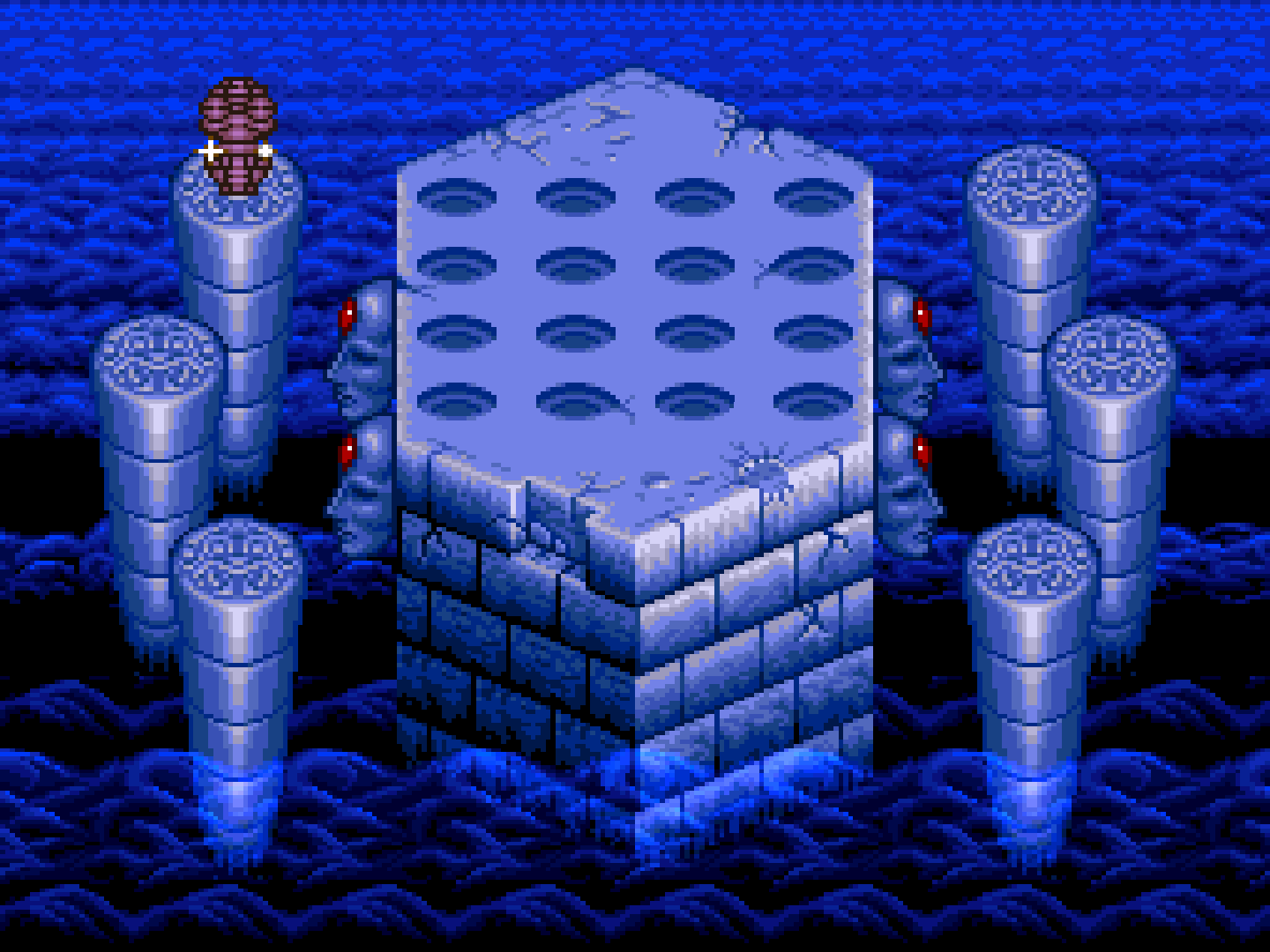 I go back up. Someone's gazing at the window... 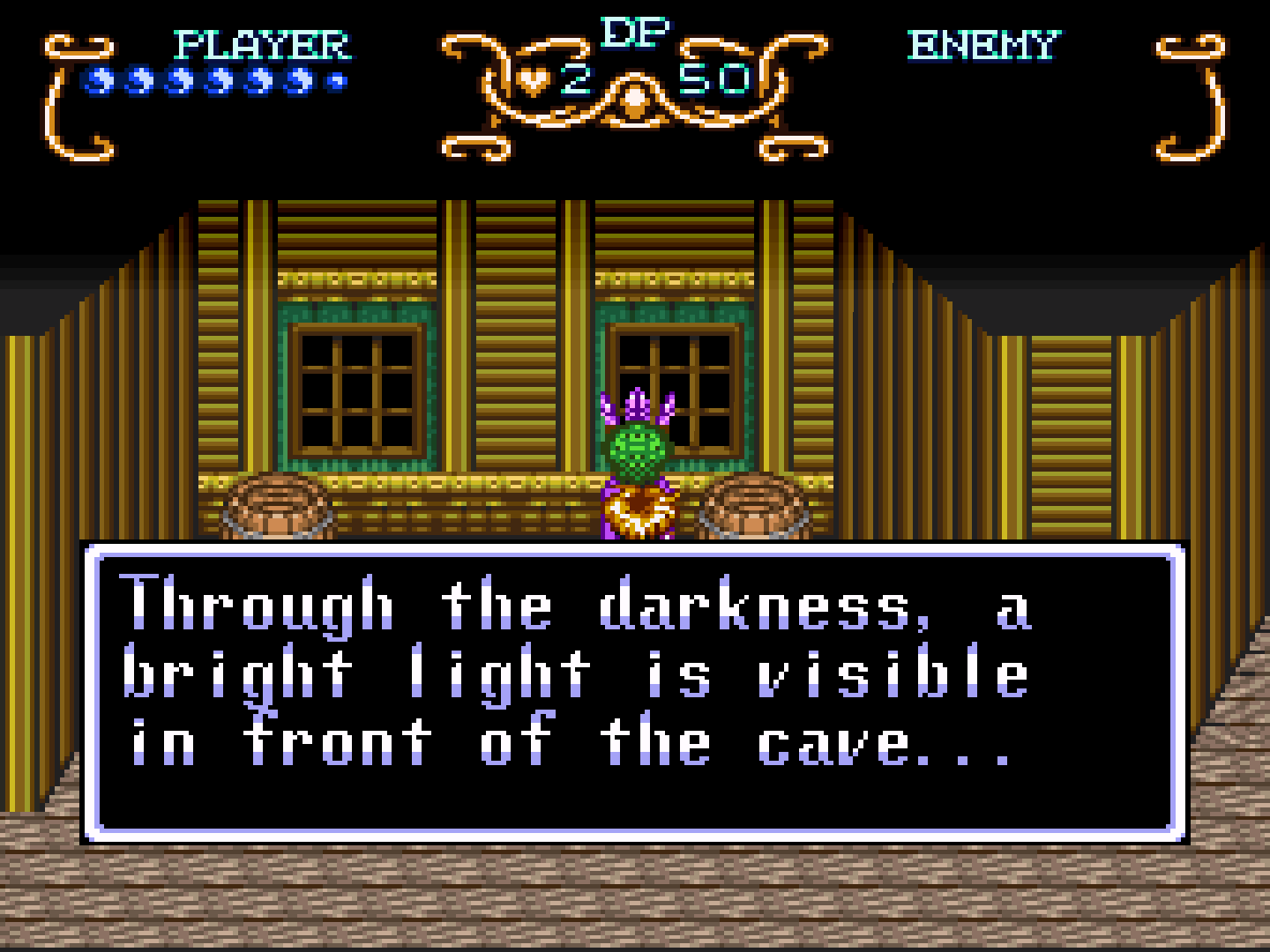 "As the ship set sail, that light represented the freedom we had just won."

I head to the stateroom, where the Queen's servant tells us about the ring she was wearing. The King gave her that ring. 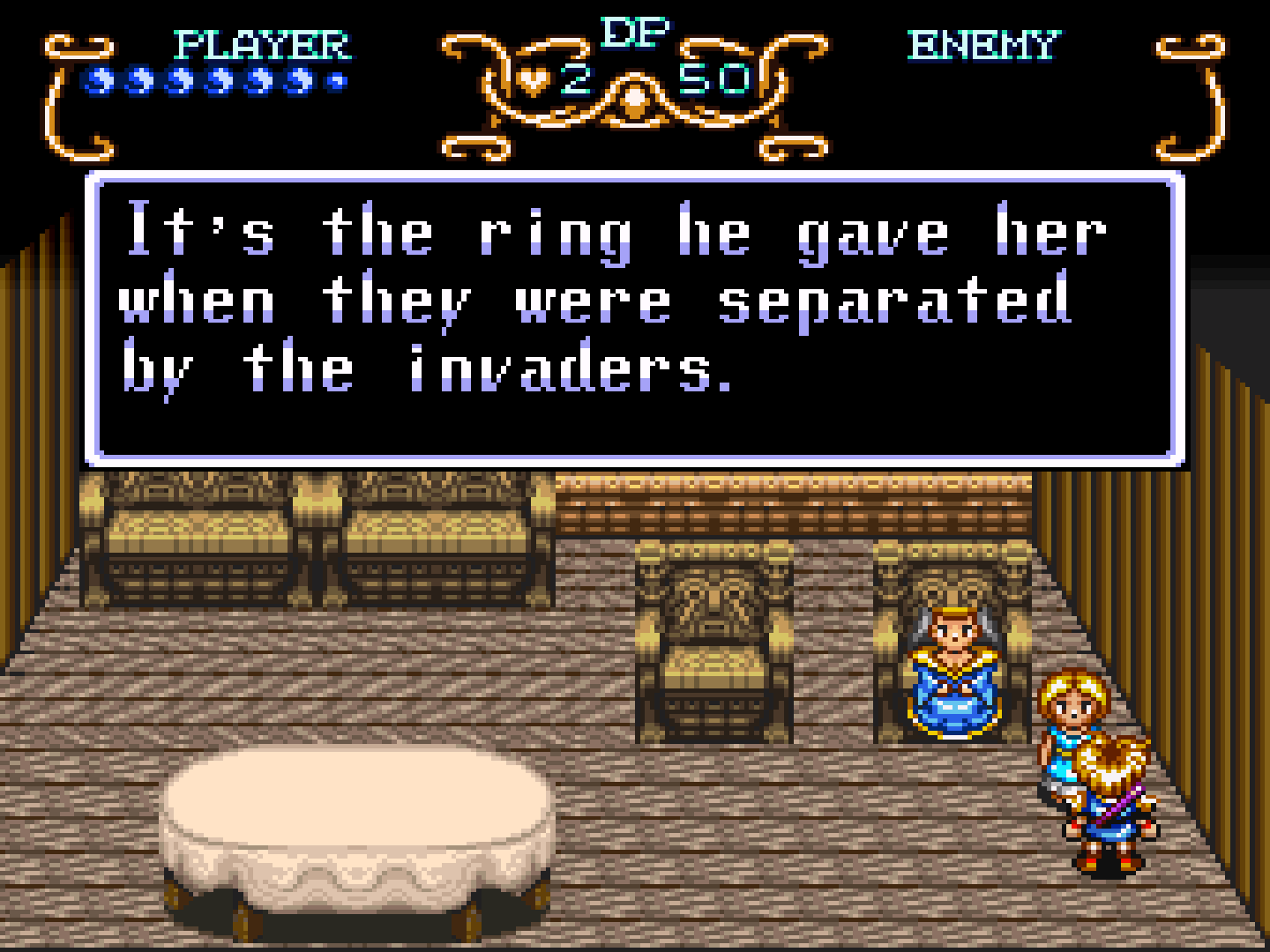 I now talk to Her Majesty the Inca Queen. 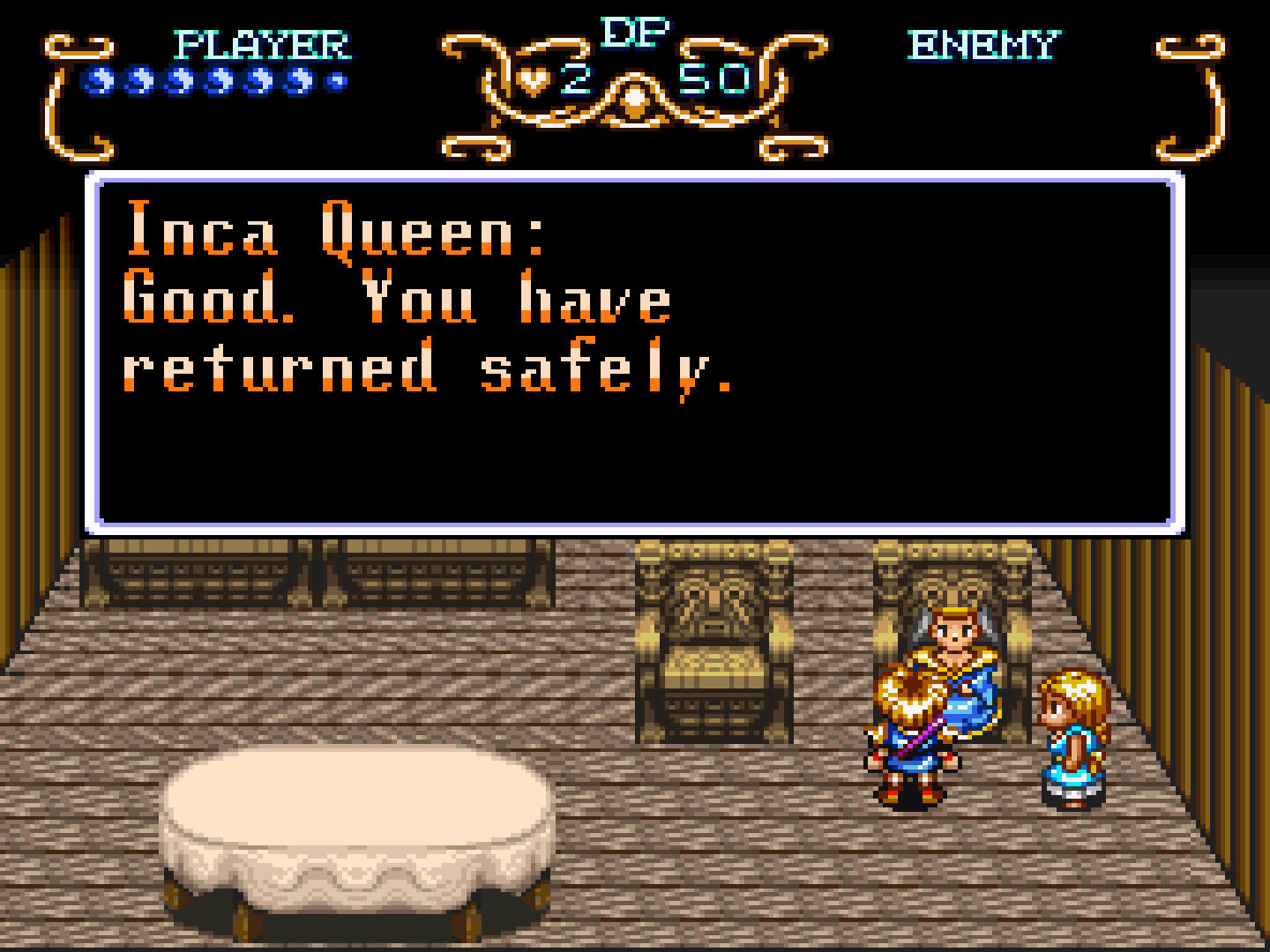 Inca Queen: "As you were told, until now I've been guarding the Mystic Statue of the Wind. That's the statue you were awarded by the spirits." Oh my god!

She tells us where the Mystic Statue is: in the storehouse, or the basement, in the ship's lower deck.

Now outside to the crow's nest of the ship...

My god, what a grand ship! 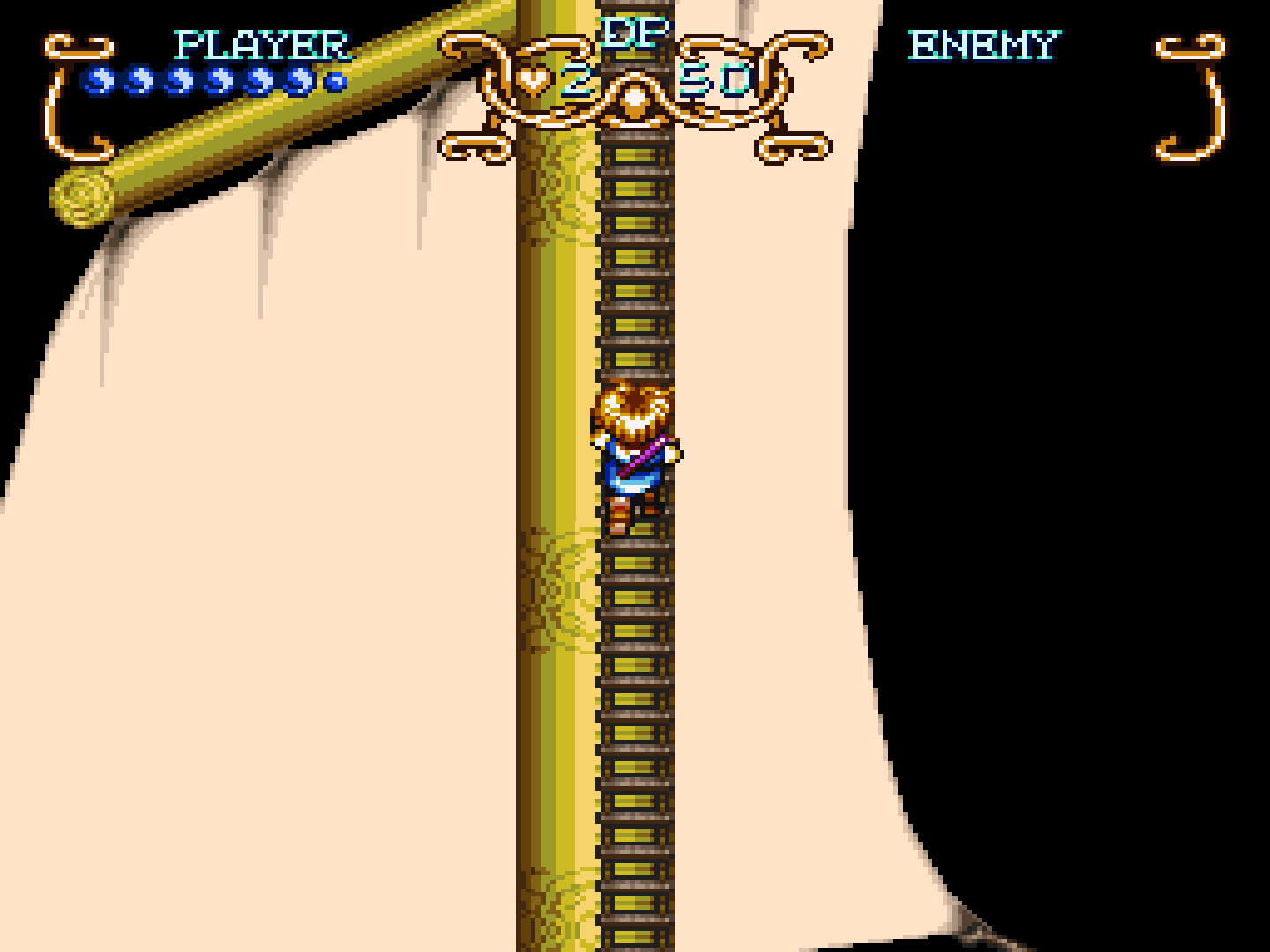 We talk to the guard atop the mast, who calls Will "short King."

The sea breeze begins to blow...

We're now sailing out of the cave!

The Mode 7 graphics of the sea look pretty nice. 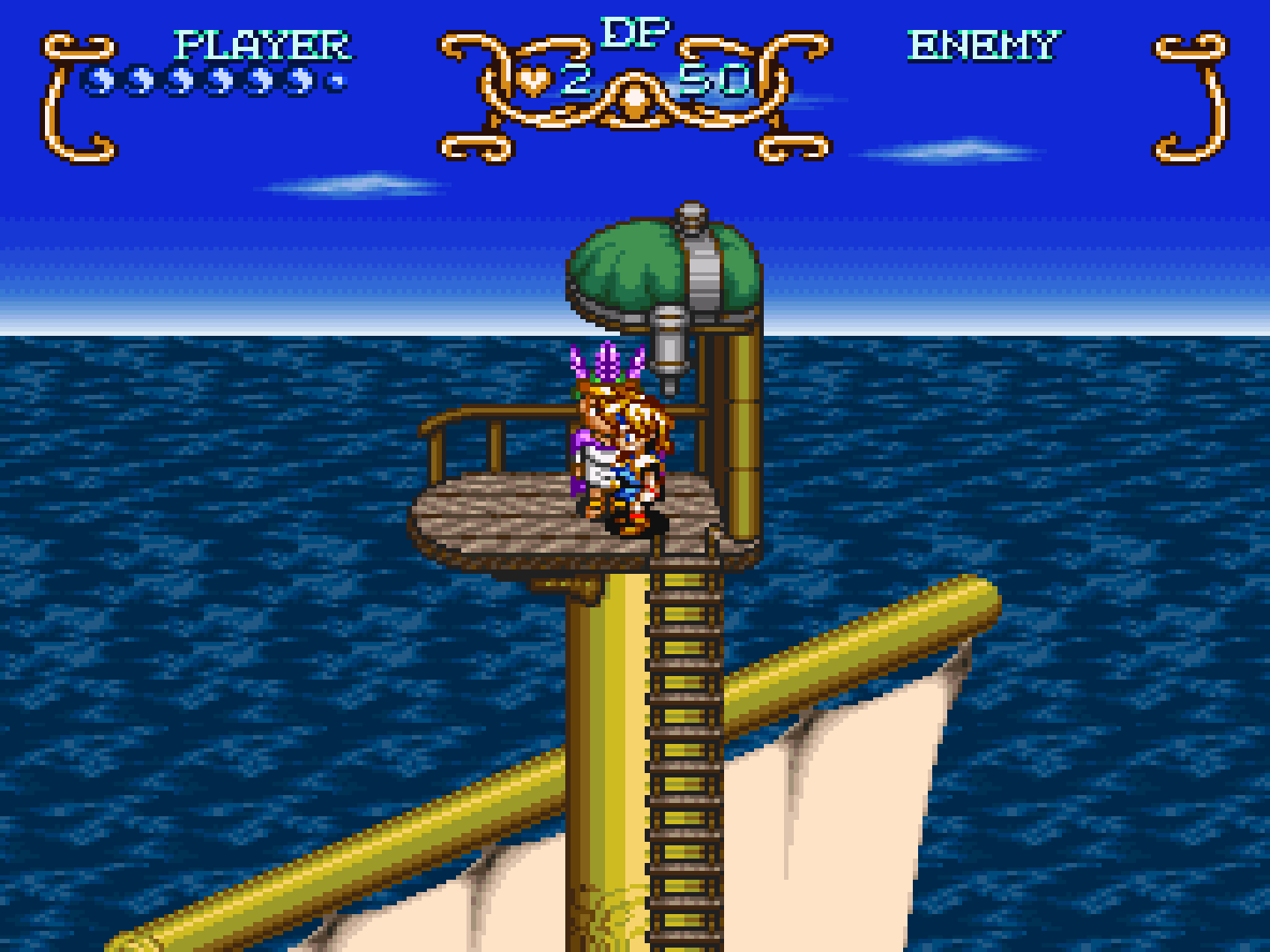 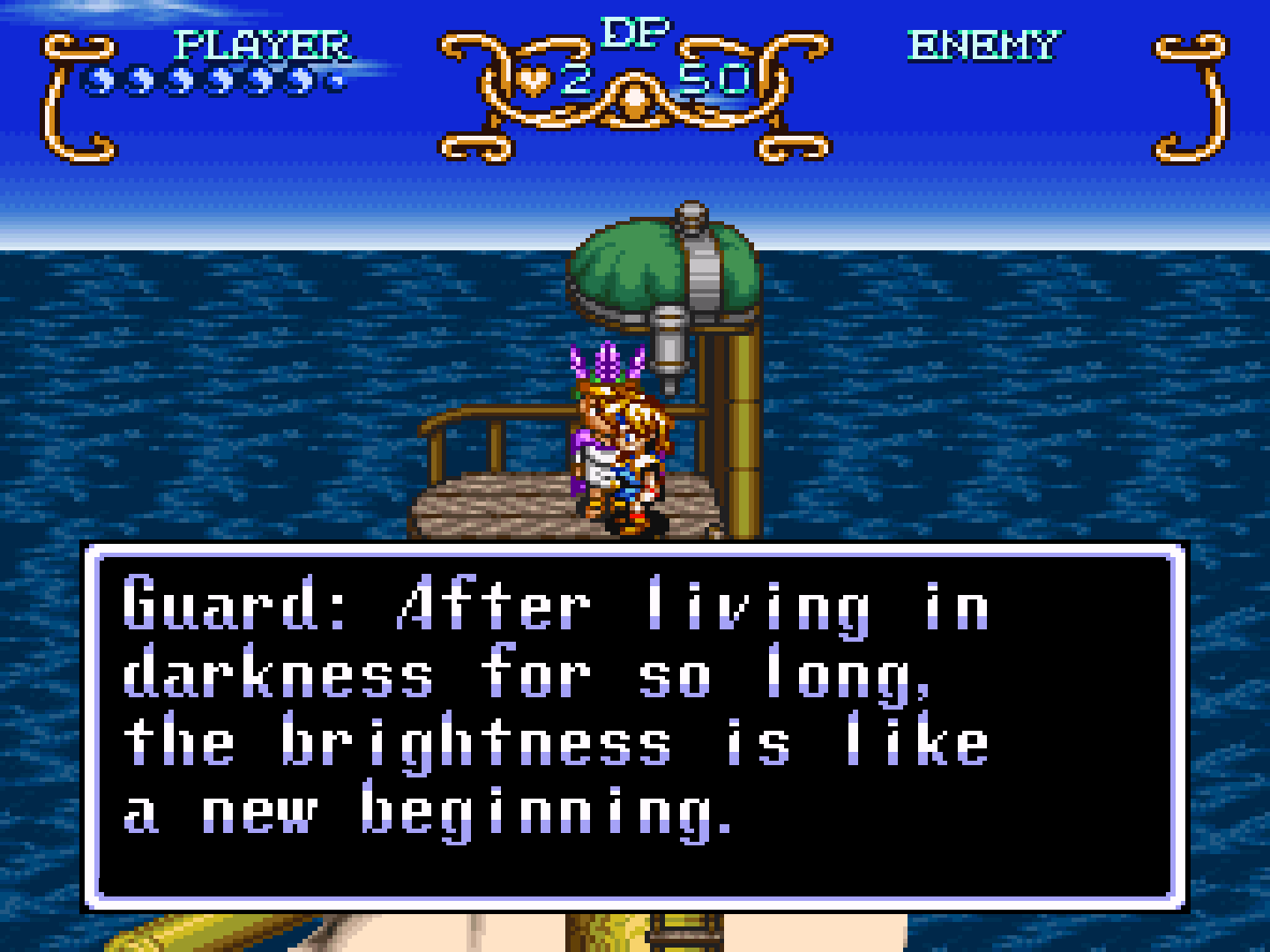 Guard: "How can invaders come to destroy a world as beautiful as this?"

We go back into the cabin, and after circling around the basement, I have Will rest at the top bunk. 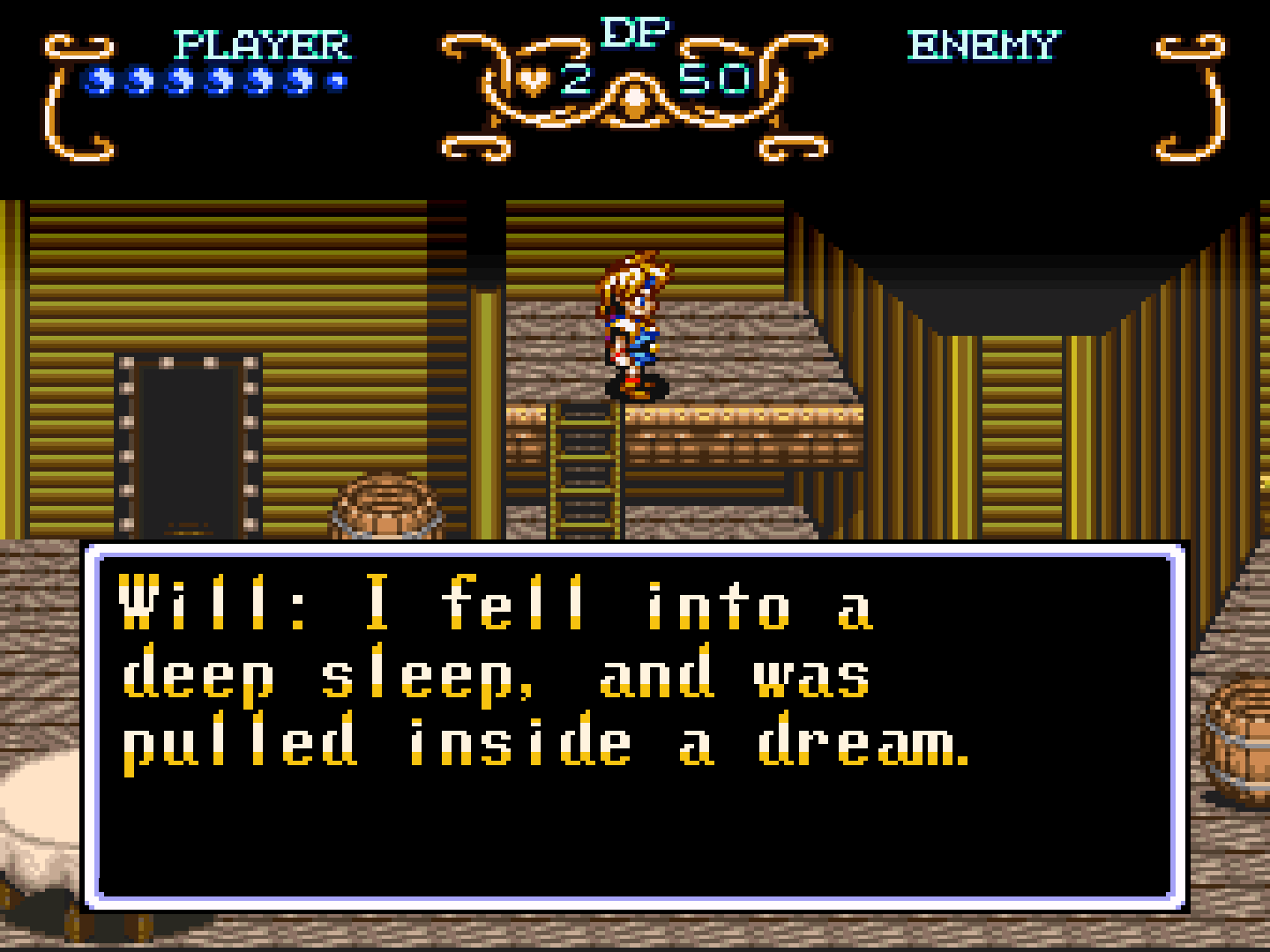