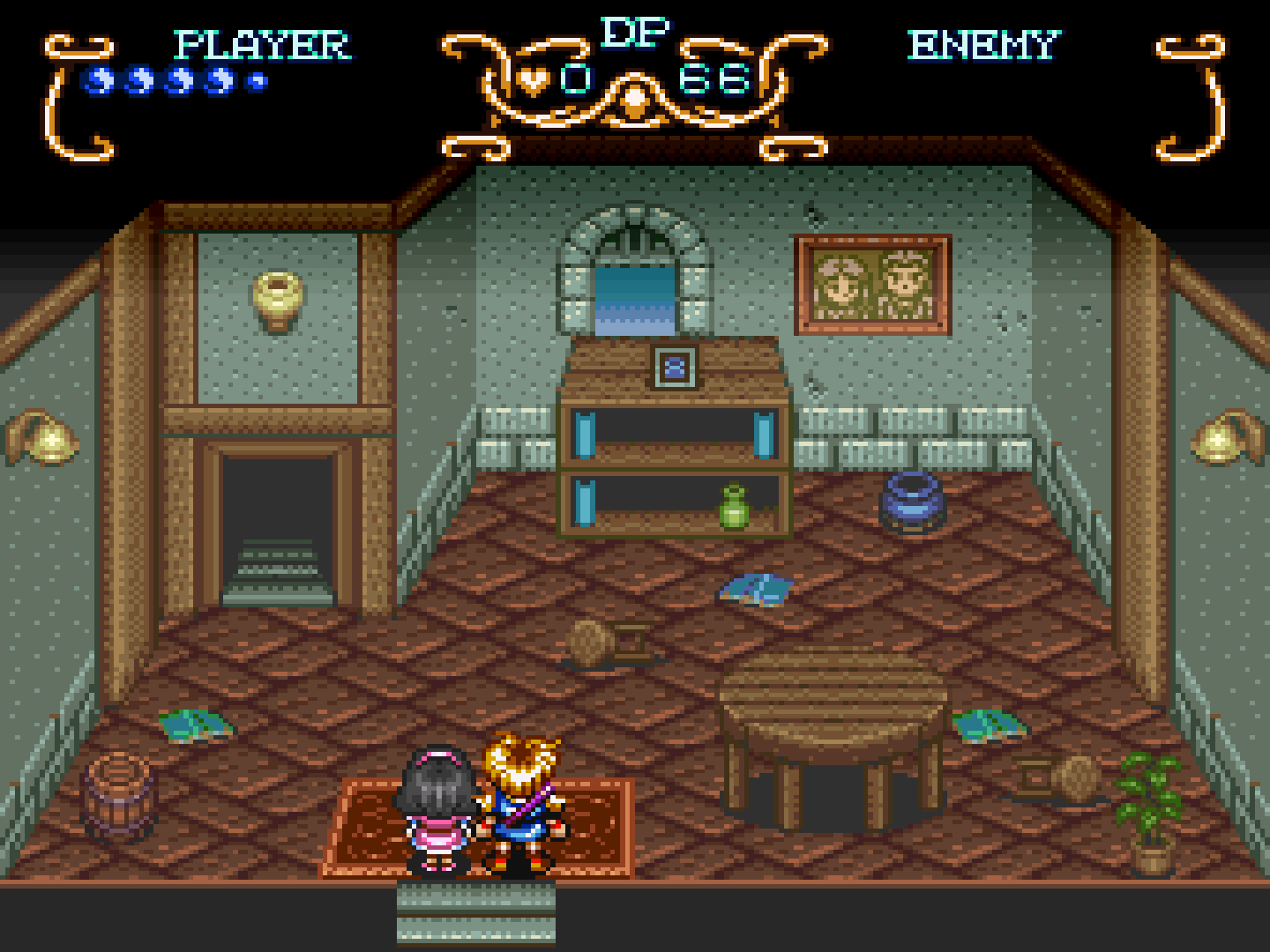 King Edward was really out to get that Crystal Ring, wasn't he? It seems that he hasn't found it, though...

Will: "What! What's happened..."
Kara: "It's awful! Who would do such a thing..." No prizes for guessing who ordered that.

Will thinks about his grandparents!

Will and Kara call for Grandpa Bill and Grandma Grandma. Kara checks upstairs.

Kara screams! She tells Will to come quickly! Oh no...

Will's grandparents are gone! Kara's looking at something behind the desk! 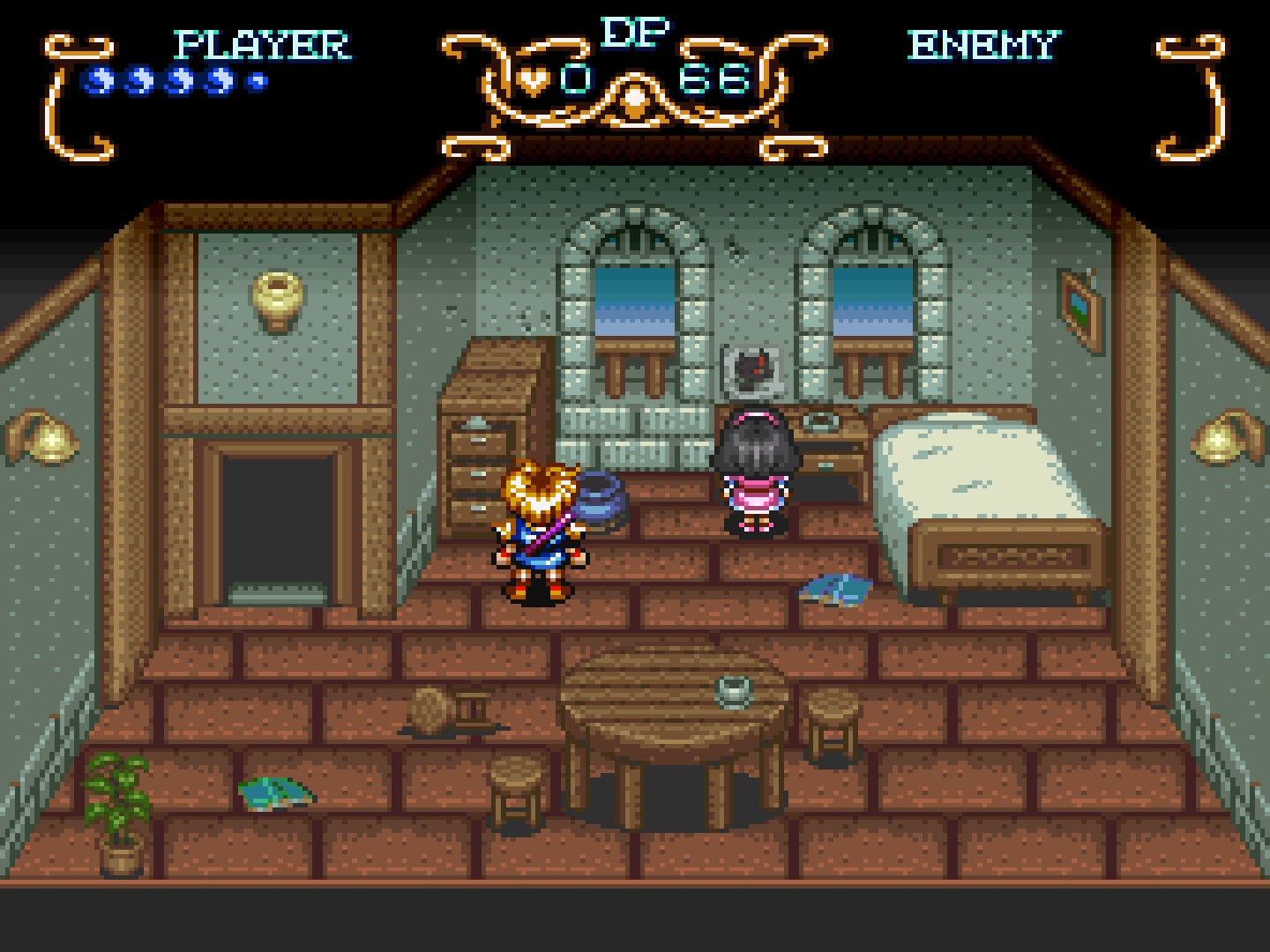 Kara points to the hole in the wall. 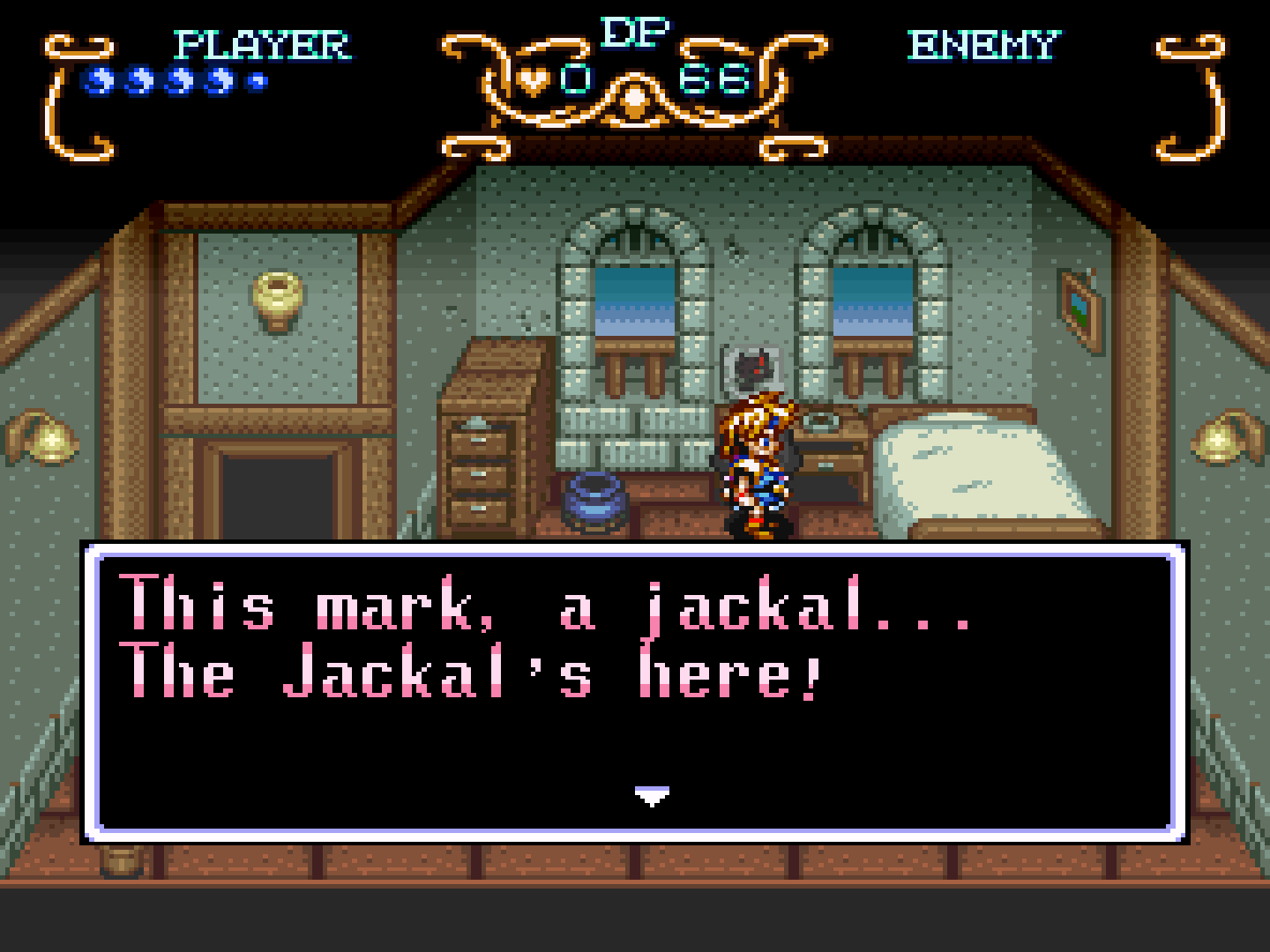 A Jackal? Wait a moment, that's probably the hunter that Queen Edwina hired!

Kara confirms it so.

She calls the Jackal "an evil man who will stop at nothing!" My god, Kara's parents are the worst!

Kara: "Once he starts after you, there's no stopping him. He has no regard for human life!" Oh god... 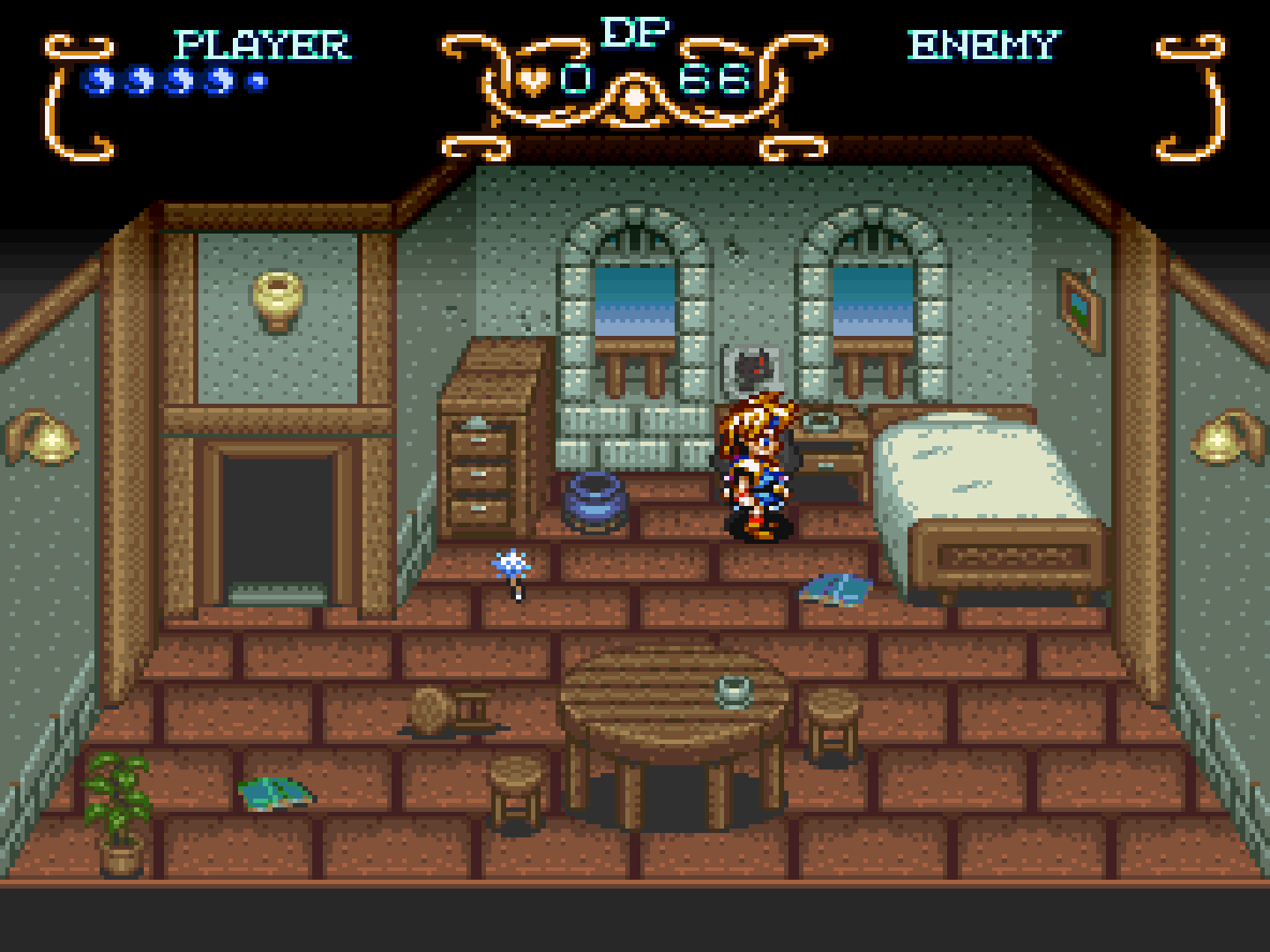 Lilly tells Will and Kara not to worry. If Will's grandfolks are safe, thank goodness... 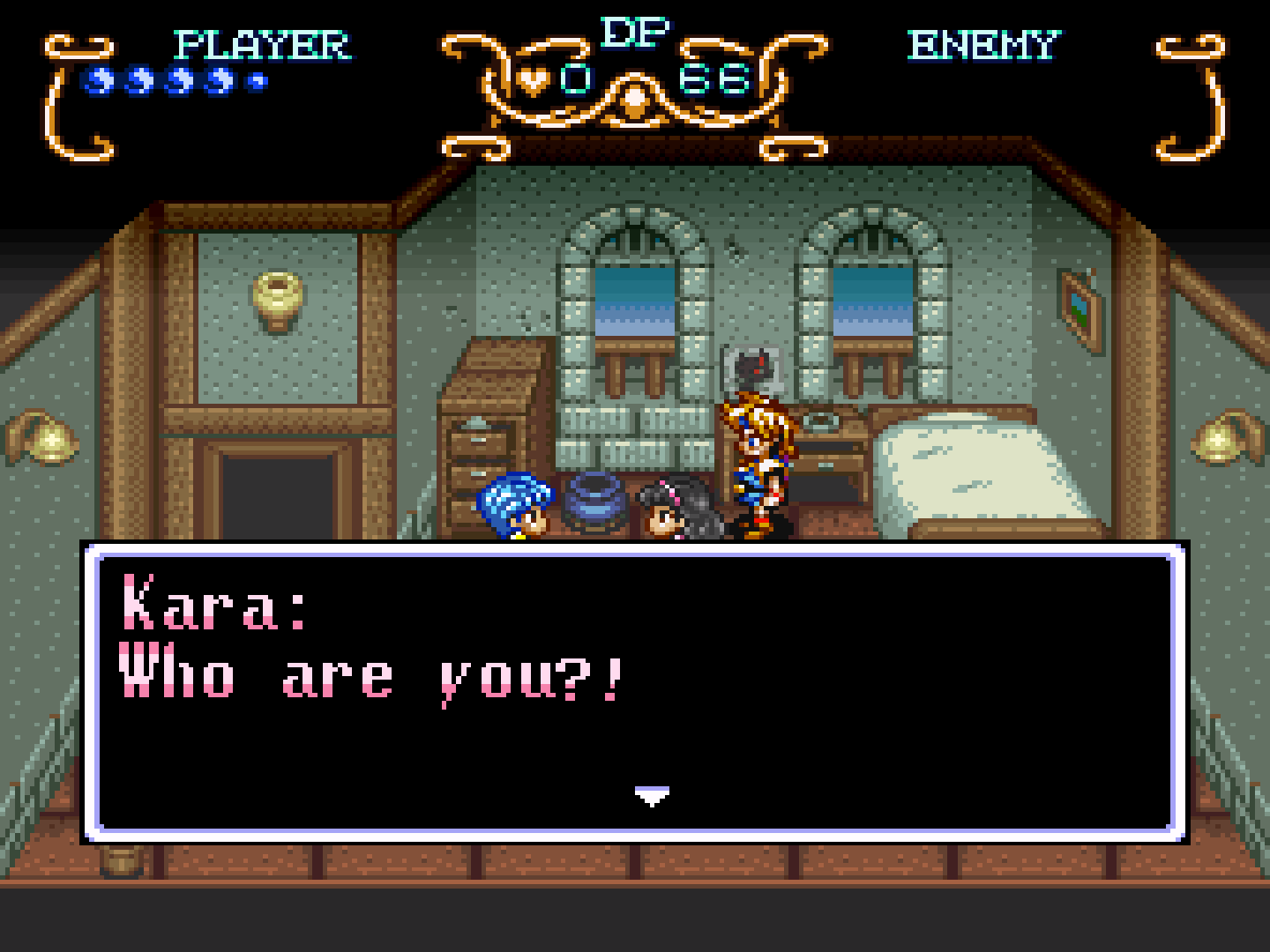 Will asks Lilly if she knew about the house getting attacked...she assures us that Will's grandparents are fine. Thank goodness...

Grandpa Bill and Grandma Grandma are at the Itory Village.

Kara, however, has never heard of Itory Village. Lilly tells us why. 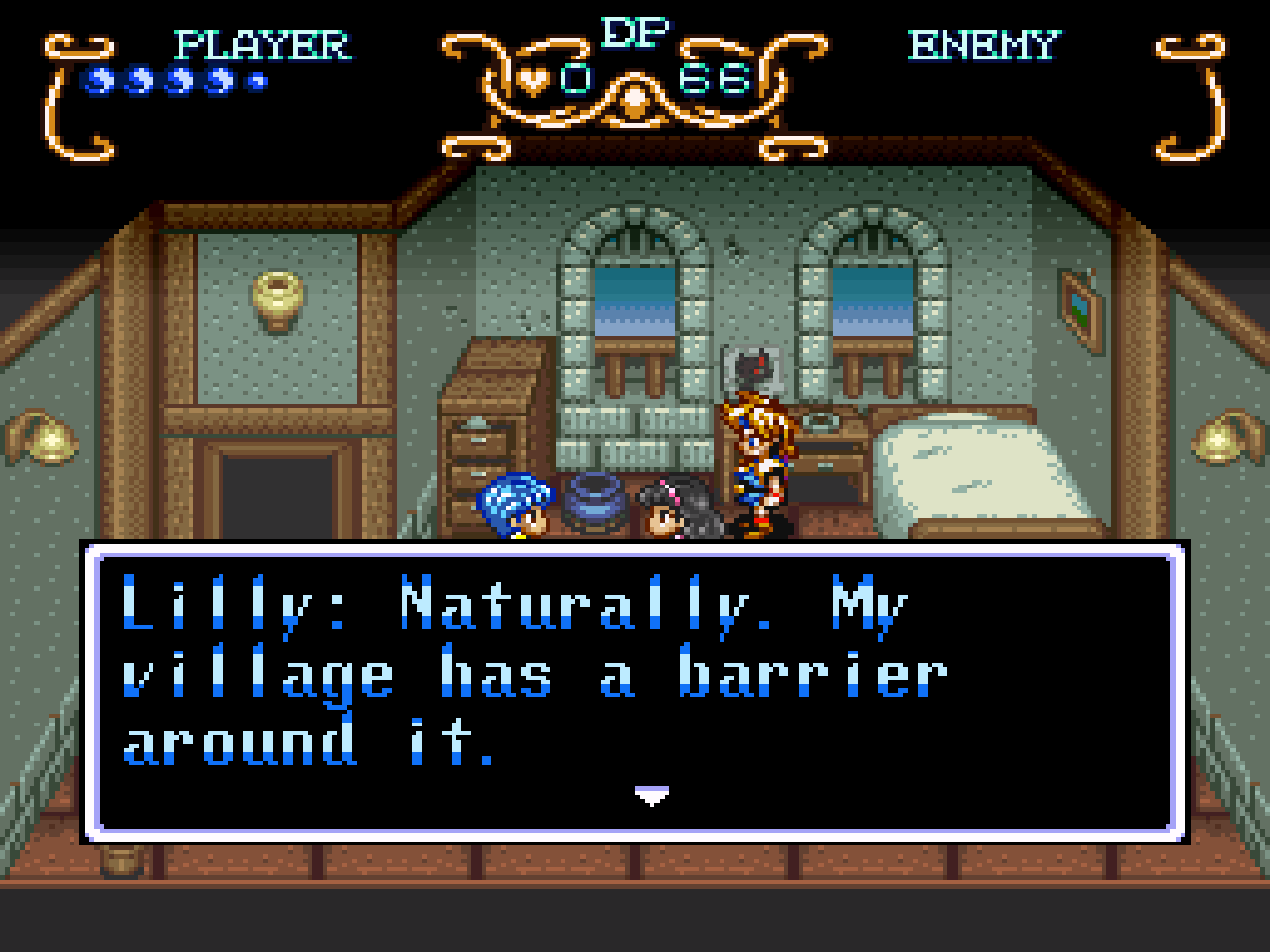 An invisible village only known to the Itory...

Lilly calls for Will to come to the village and Kara comes along! But she gets rebuffed by Lilly...

Kara's not having it, though. 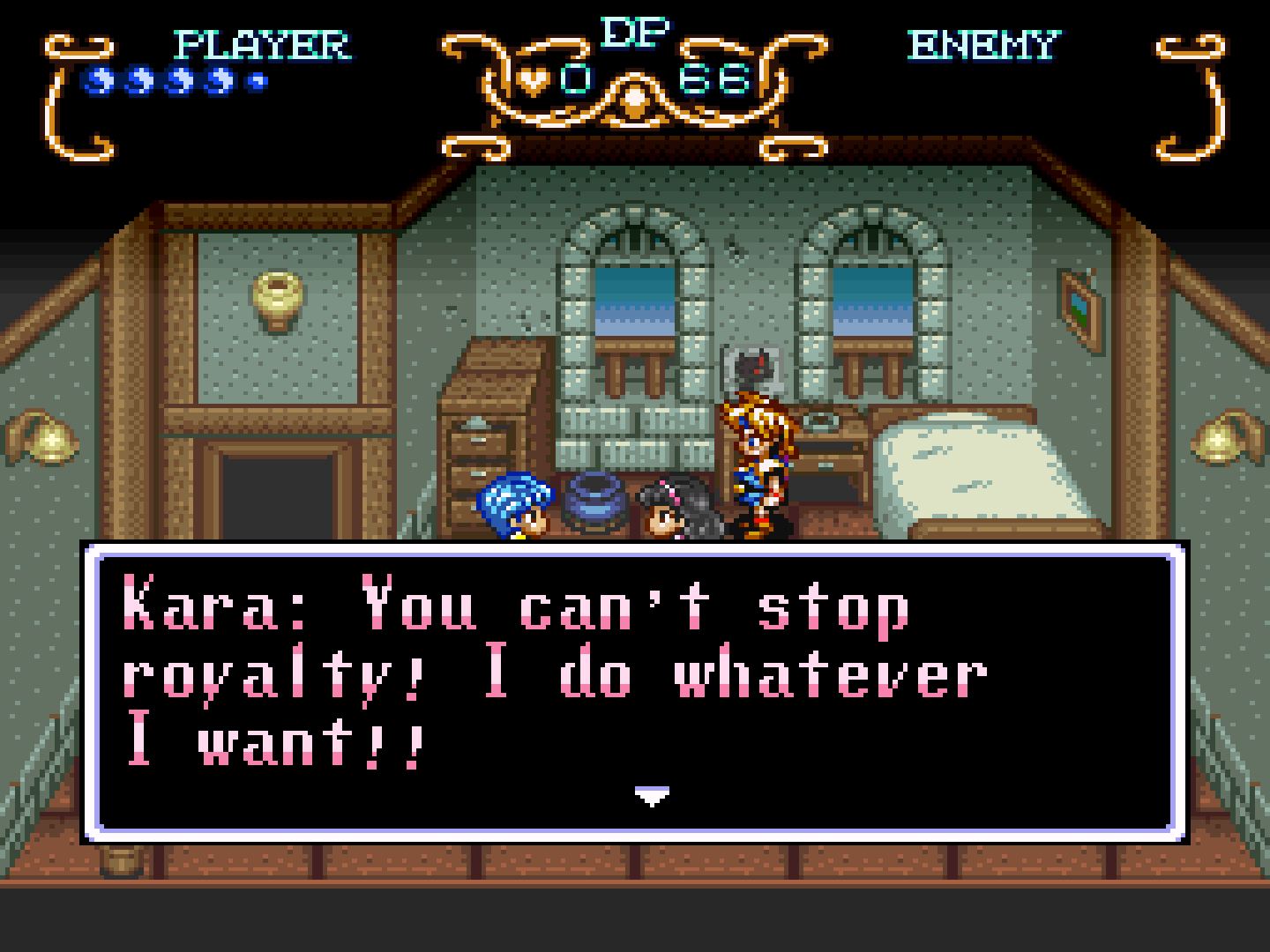 Lilly calls Kara's remark "typical." Lilly, just let her come along. Her folks might go after her again.

Kara's feeling optimistic at this point.

Lilly asks if she and Kara could go around South Cape for a bit and talk with the citizens here, saying that we may not come back in awhile.

The Jeweler Gem has 2 of the Red Jewels we sent him so far. We need one more to get an Herb.

We find another Red Jewel in a pot in the cellar of Lance's house! I send it up to the Jeweler Gem right away, and get our prize!

I meet up with the gang again in the hideout, where Lance and Seth are still playing cards. 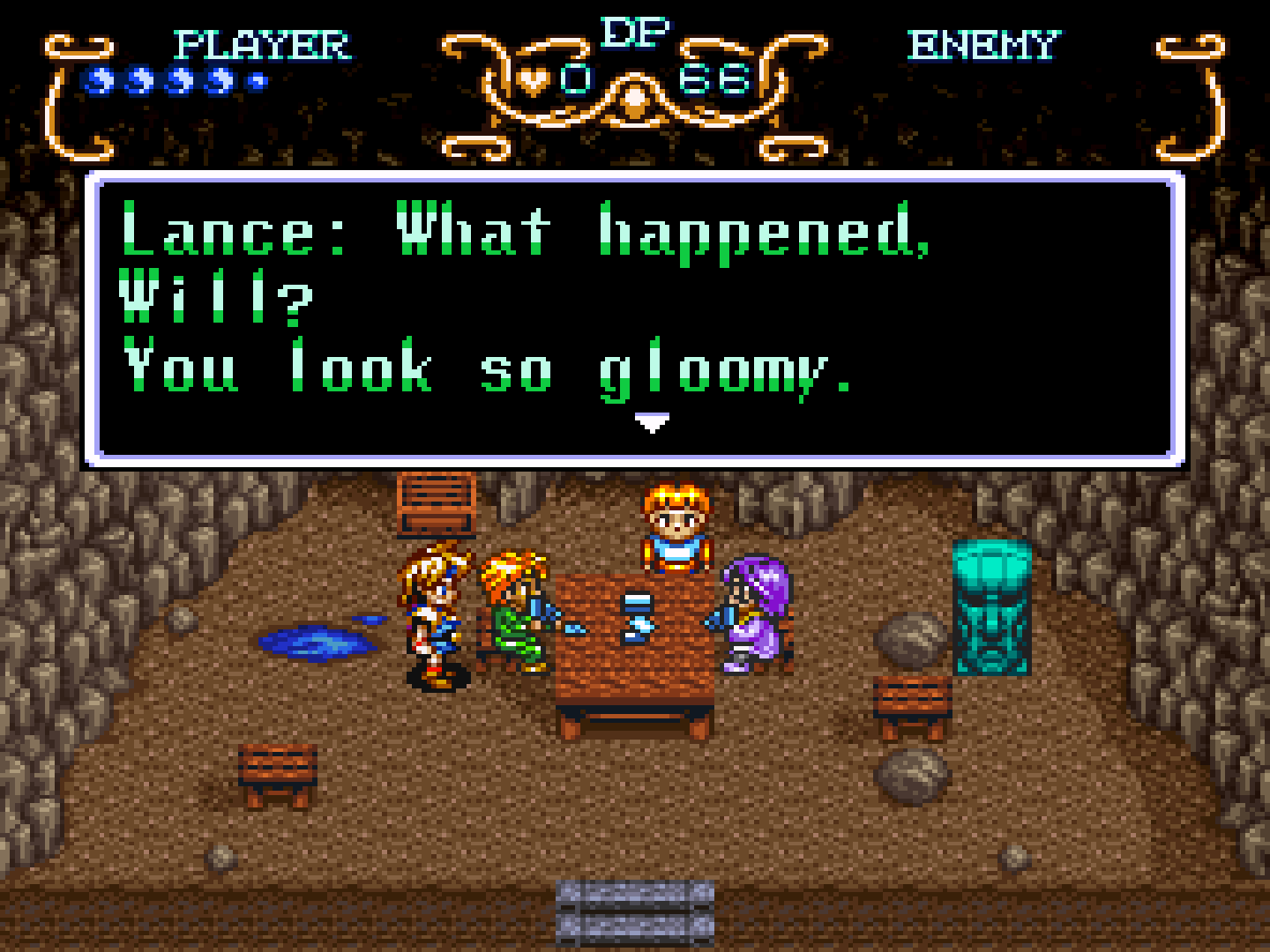 So does Erik. Seth still wants to beat Lance at cards.

I head up to the school roof to Dark Space, and save my session for today!