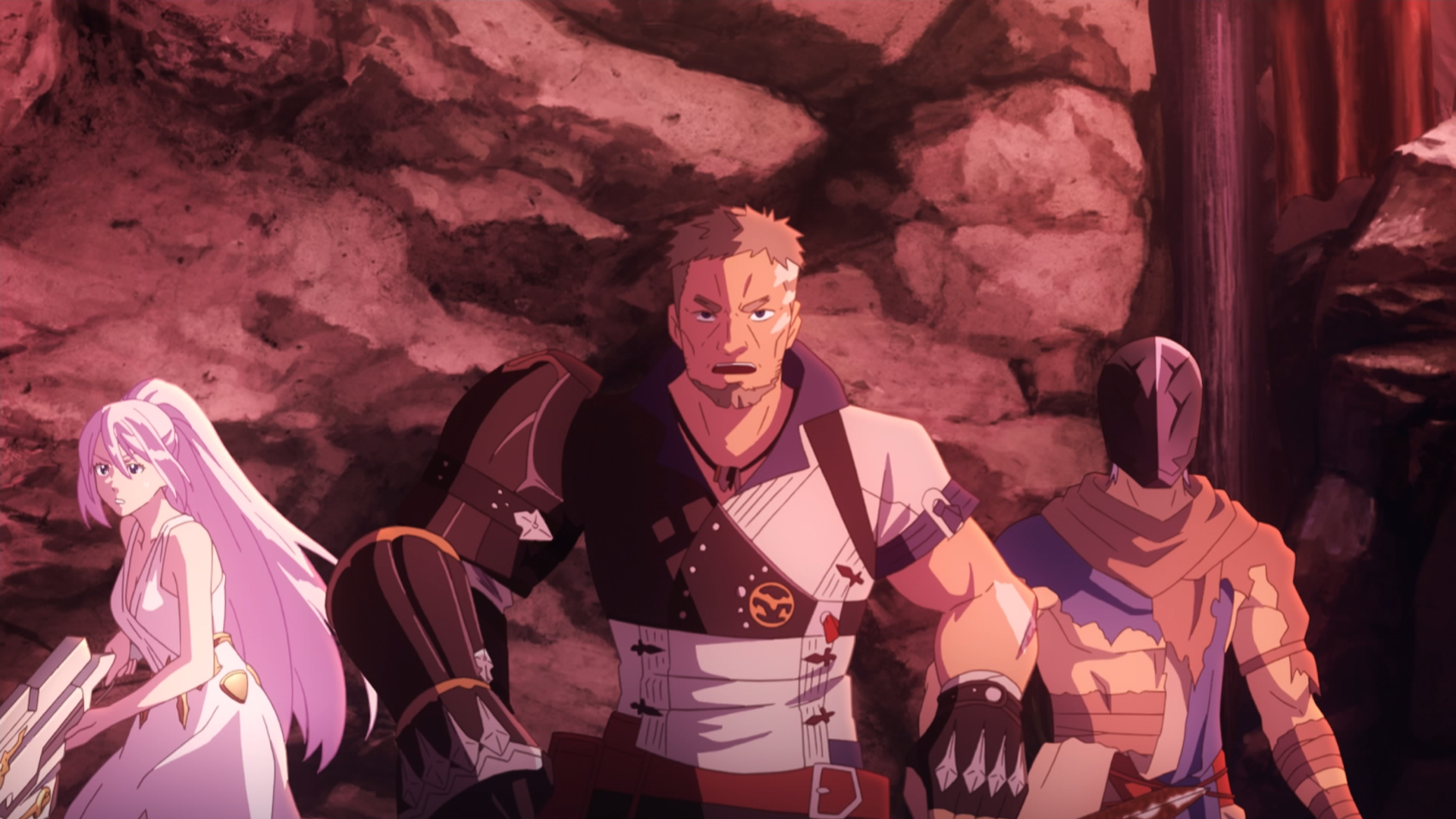 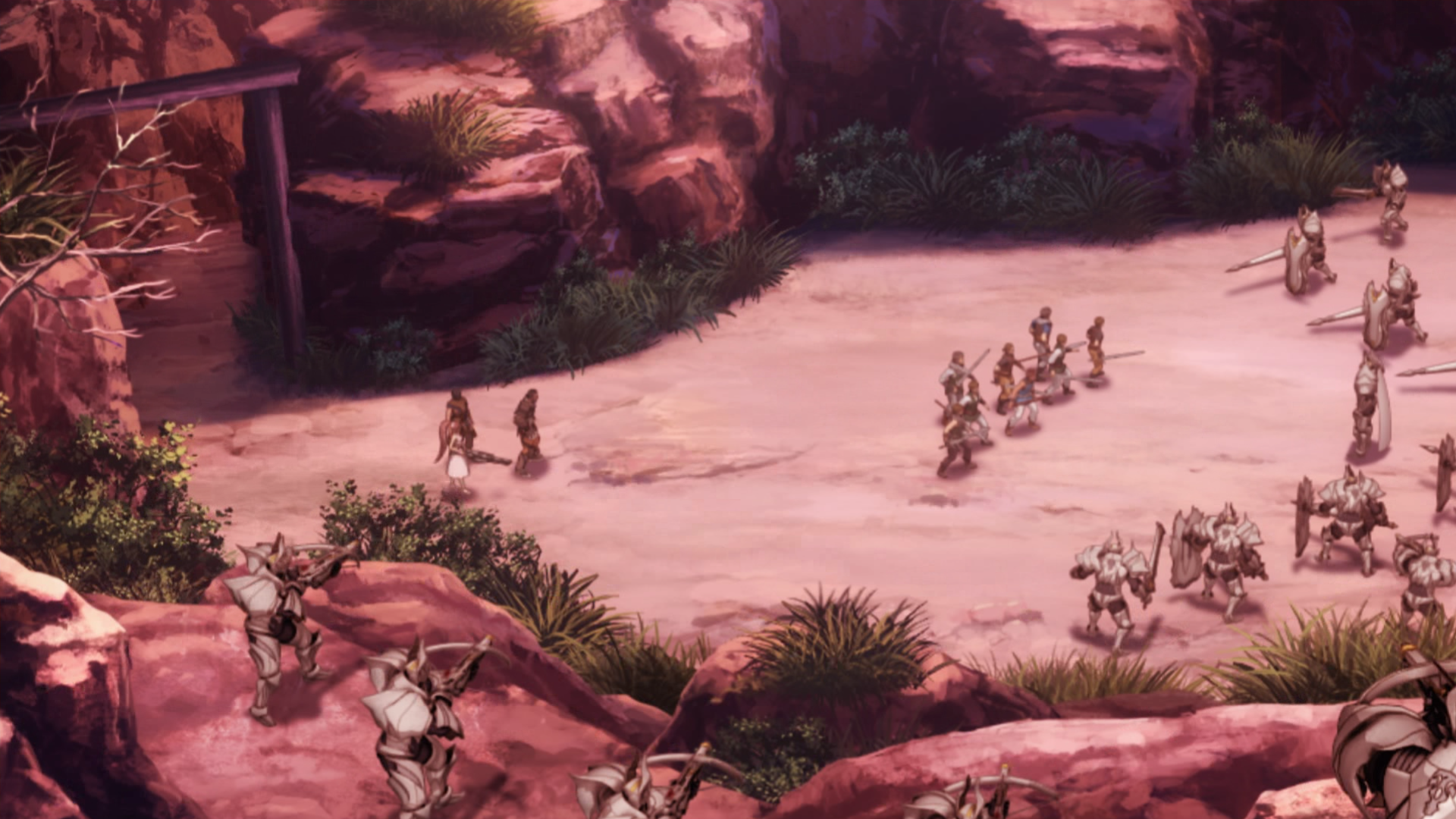 The soldier in the red cape walks forward. He's probably their commander.

Zephyr: "Just look at all these soldiers. How badly do they want to destroy this hideout?"

Iron Mask tries to slice the arrow, but misses by a few millimeters!

Iron Mask pulls out the arrow, and one half of his mask glows! 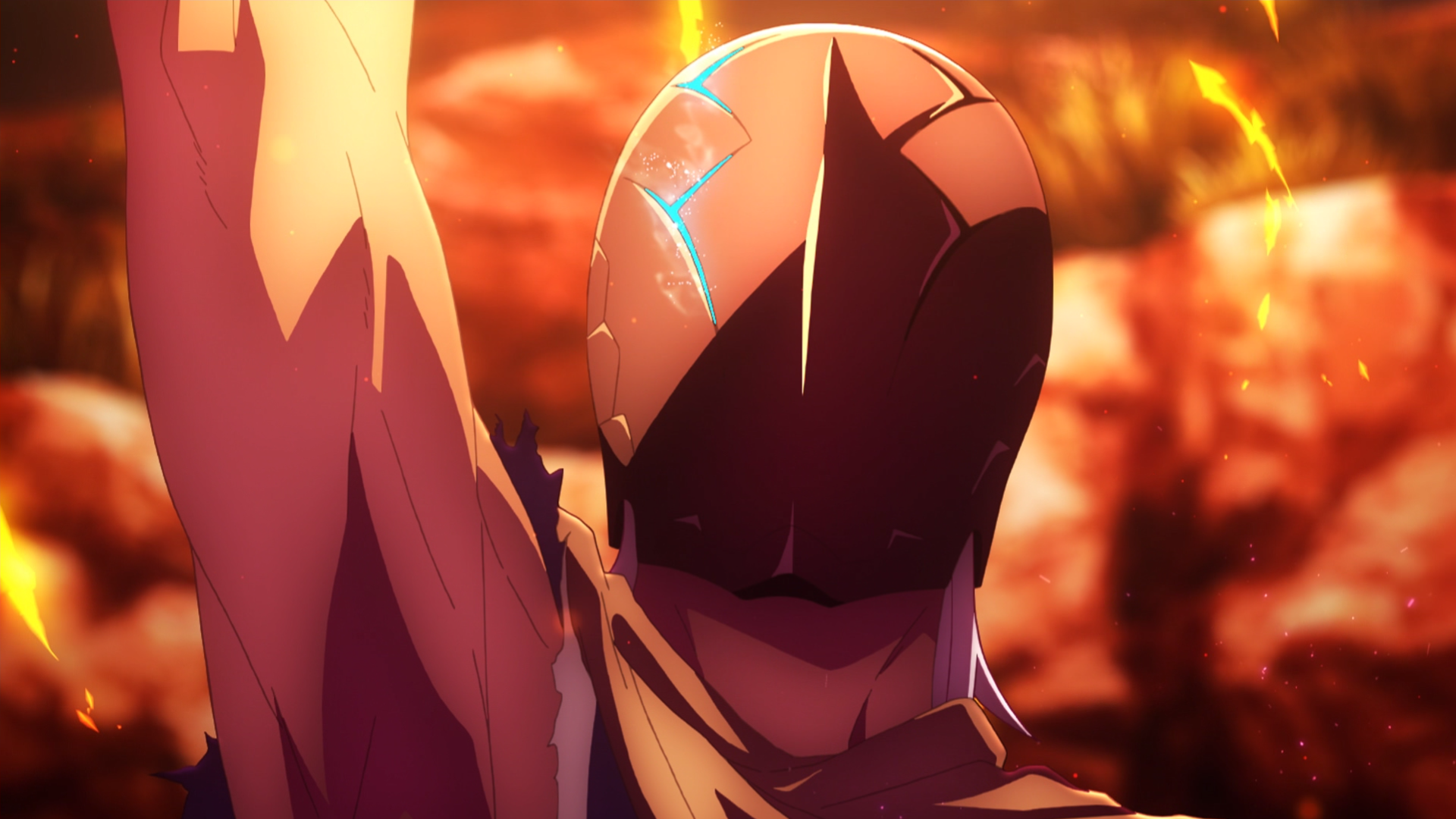 Something appears in front of Shionne!

Commander: "The master core! It was embedded within her all along!"

Iron Mask slices the earth, and the soldiers fall from the blazing flames! 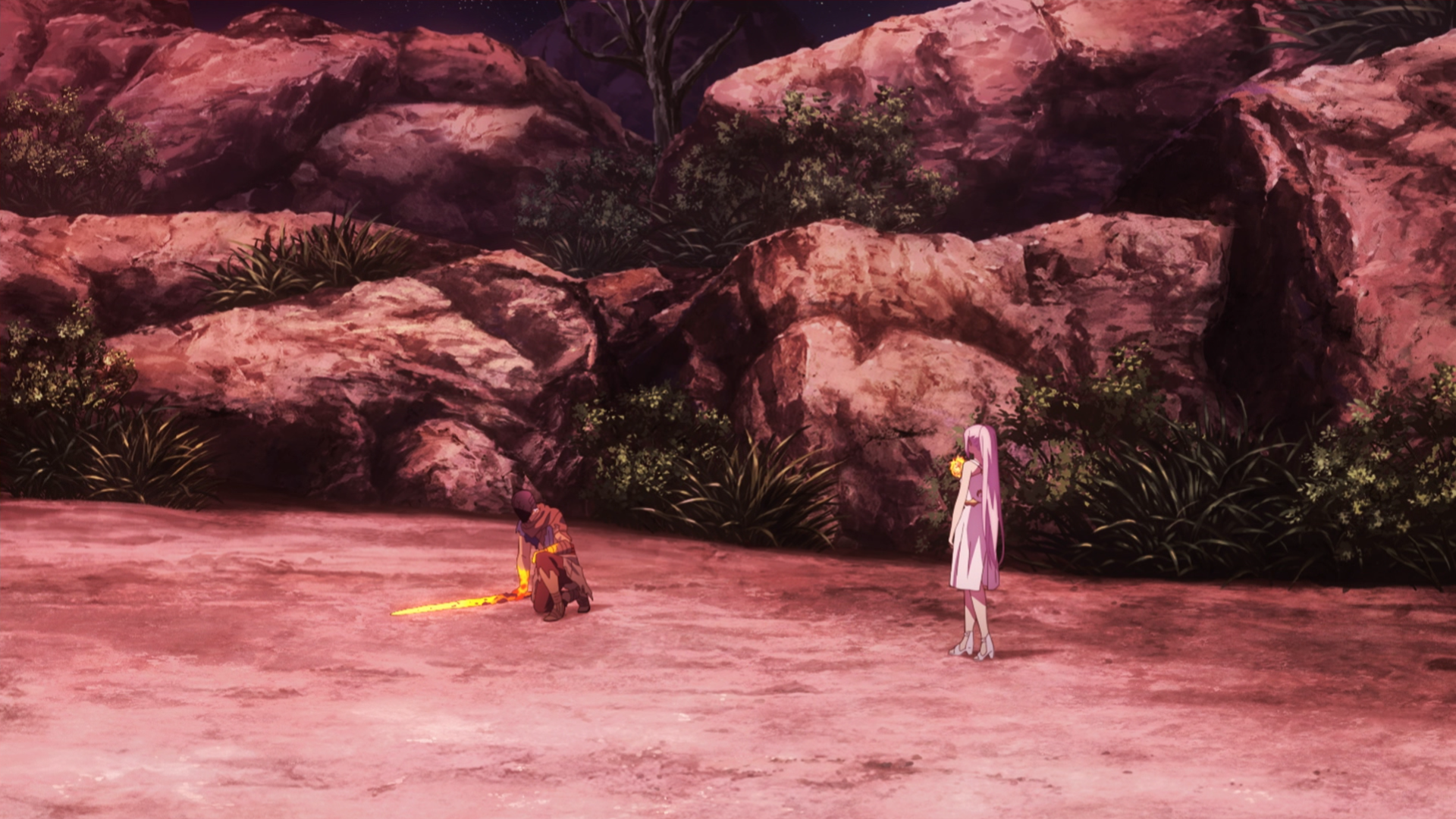 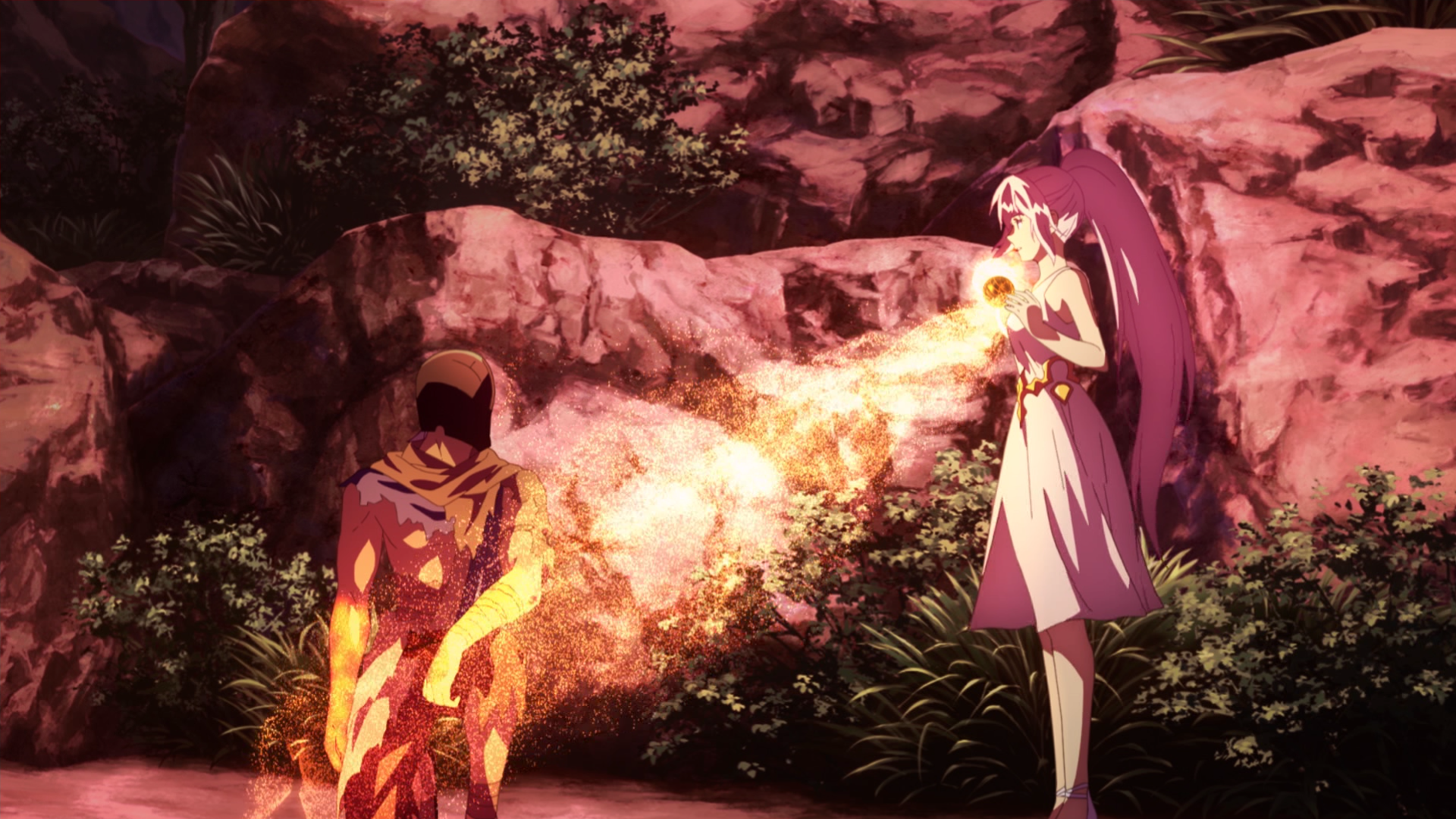 The core goes back inside Shionne! Holy heck!

Looking at Iron Mask's arms, I'm grimacing at that...

Shionne goes and uses her arte to heal him. Zephyr's suspicious.

Zephyr: "A sword that sears the hand of he who wields it, and a healing arte to mend. A man numb to pain, and a woman [whose] very touch deals nothing but." I noticed a typo here, it's "whose", not "who's."

Iron Mask thanks her. Shionne scoffs. She's not honest about her feelings. Oh Shionne, hee...

Our next stop is to go with Zephyr. Shionne's not taking this easy, and where is she going to go?

She comes along, but on one condition.

Shionne: "No one uses that flaming sword without my say-so."

Shionne: "The Blazing Sword...It might just be strong enough to match the power of a lord...No, maybe even to surpass it." Hmmm? She knows something...

She denies being hurt, because they only hit the master core.

So her secret weapon is the Blazing Sword, but she cannot touch because she gets hurt from it...

I think he was meant to wield it.

Shionne says she wants power, and will stop at nothing to get it.

After a small but prickly banter of words, I get this prompt: 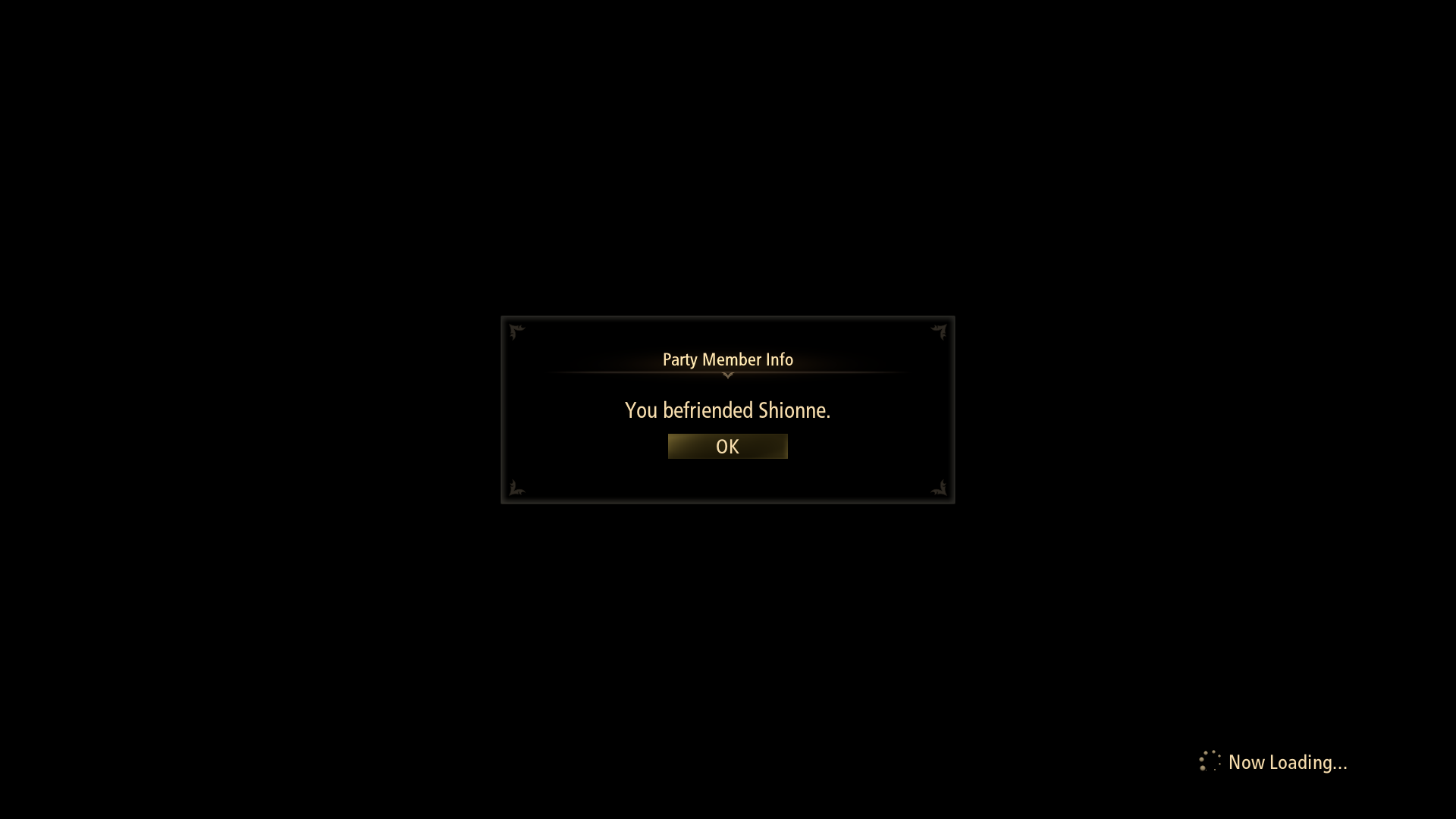 And Zephyr joins us...

I get pointers on using Shionne. So Shionne has CP (Cure Points) instead of MP.

Since it's almost midnight, I stop here.