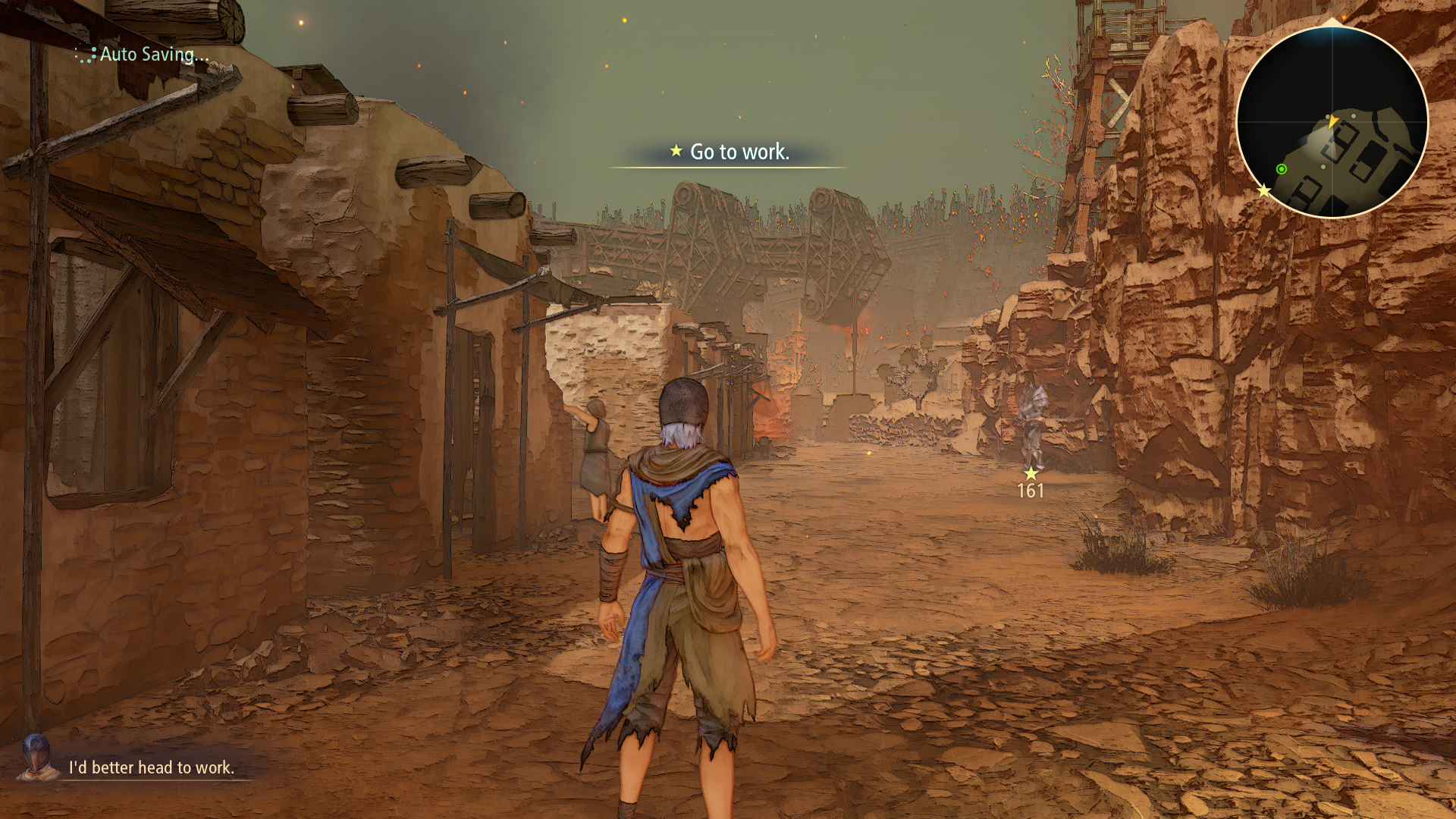 Poor Iron Mask, he now has to do "freight train duty..."

Iron Mask: "Another day to start toiling away for Renans. Am I going to do this till the day I die?" I hope not.

The Doc's also busy, having a queue of patients to treat... 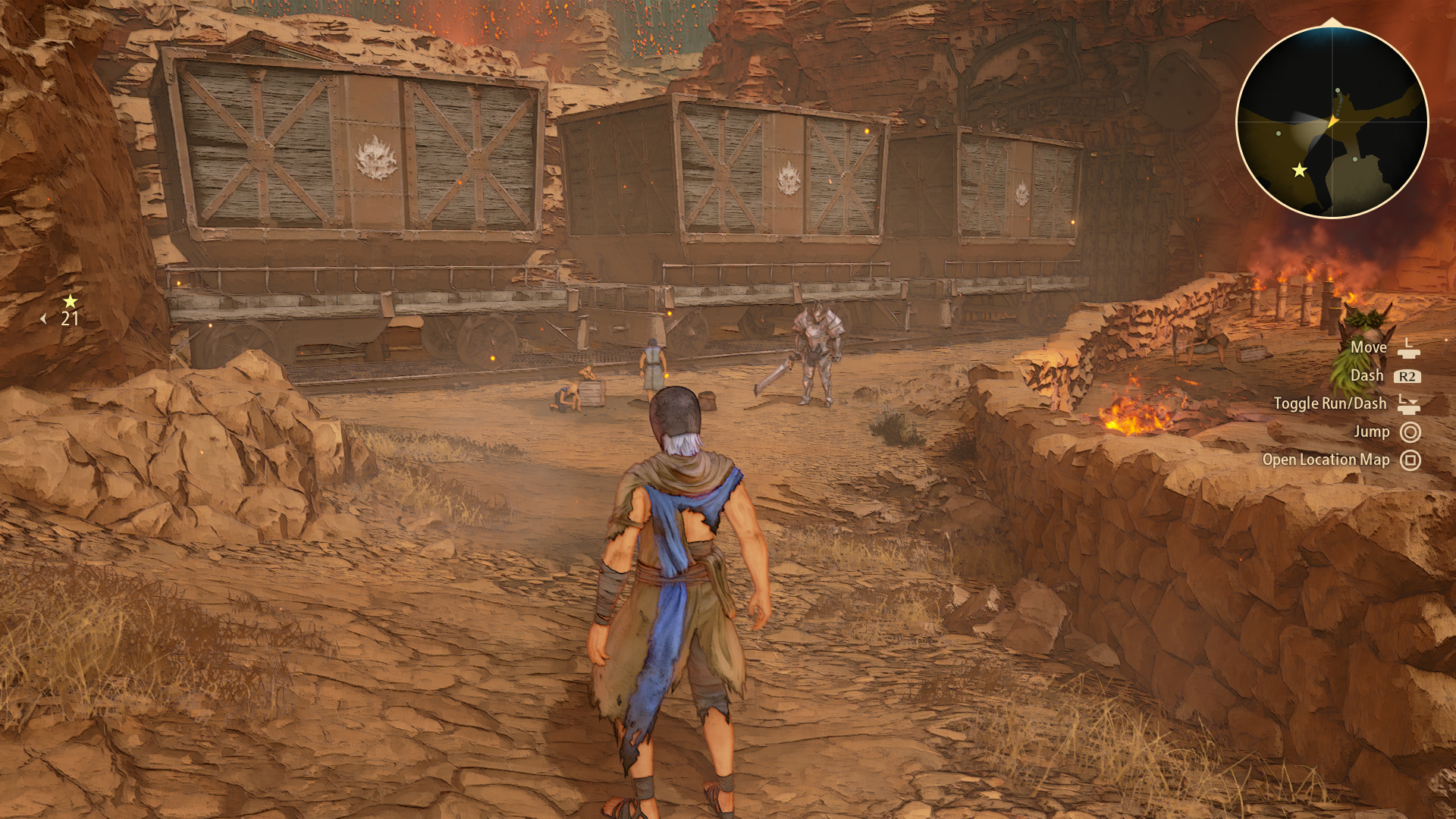 Time to start the train duty... 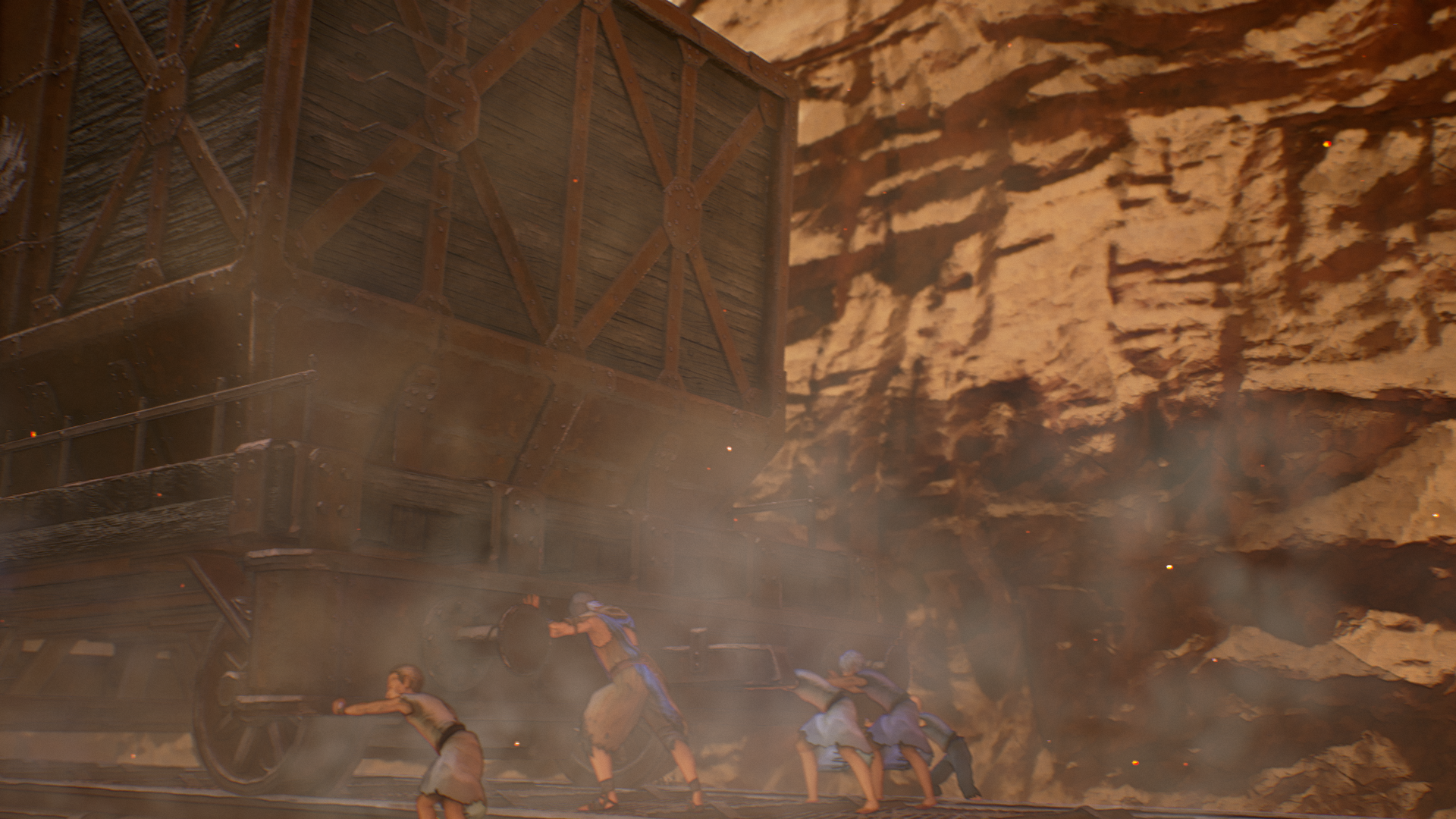 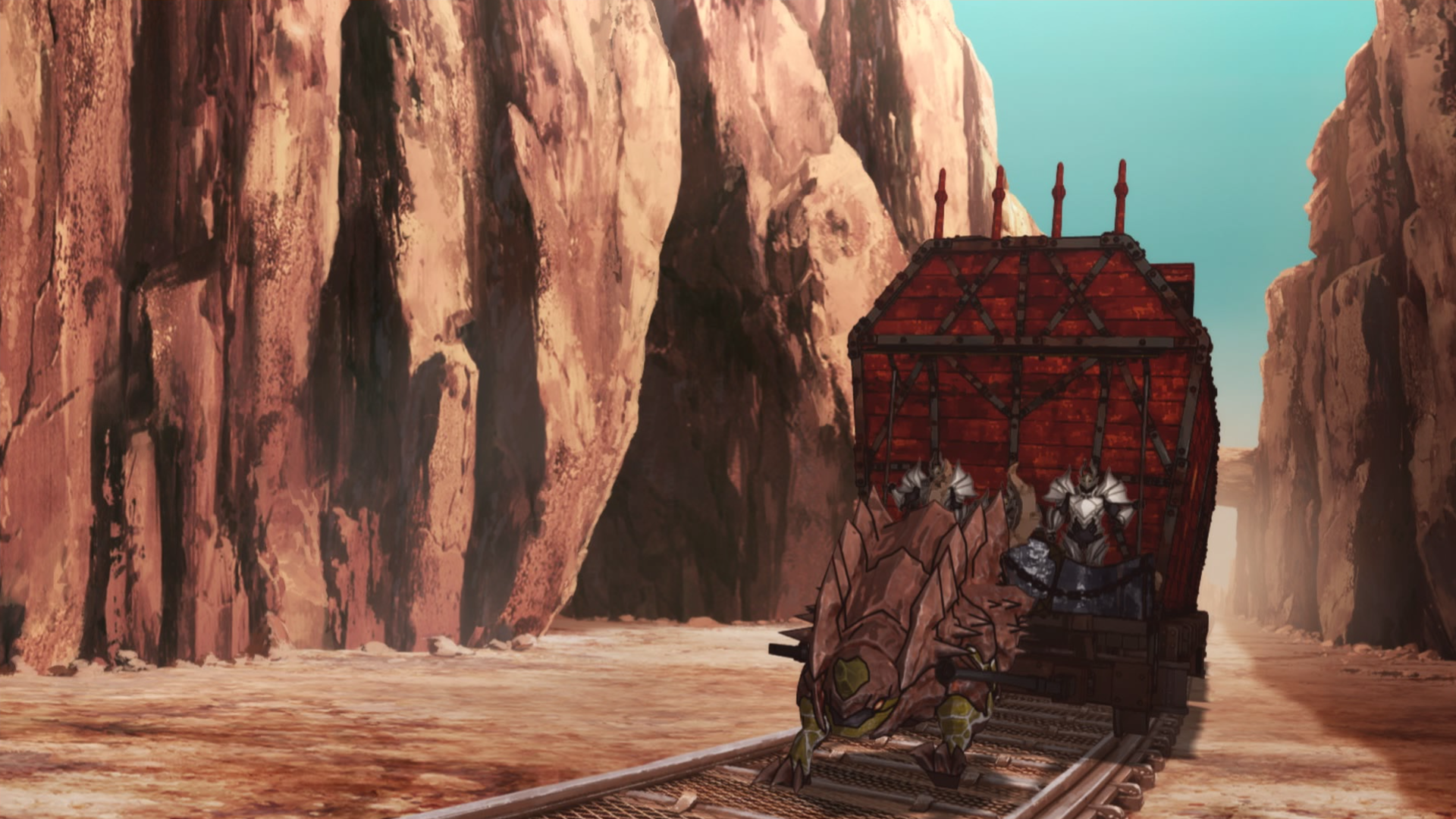 The Renan soldiers are at front, and a barrel drops from a cliff! 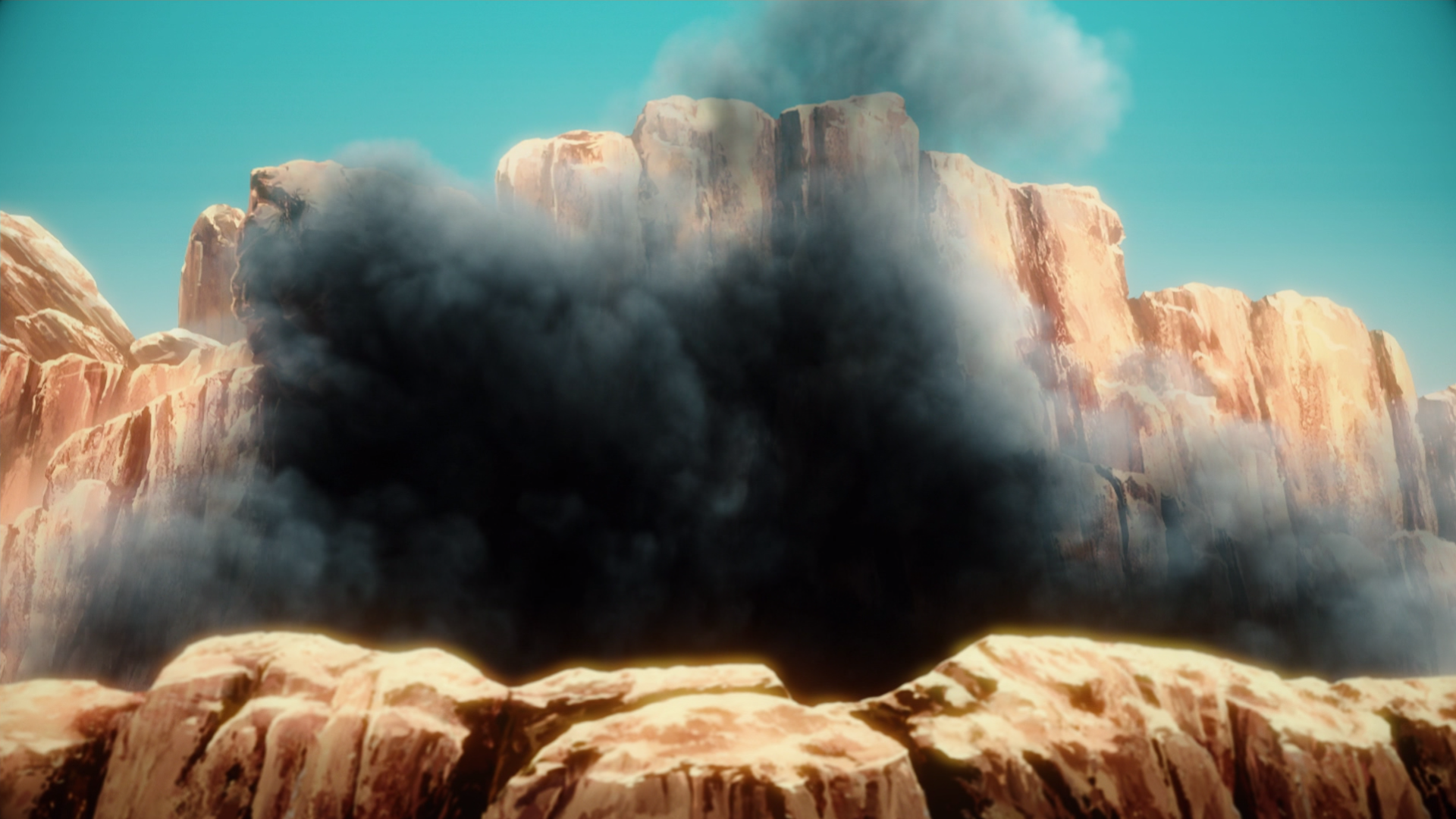 Hope this is the moment we've been waiting for...

A tough, bearded man calls for Grenar, and a young man goes into the boxcar... 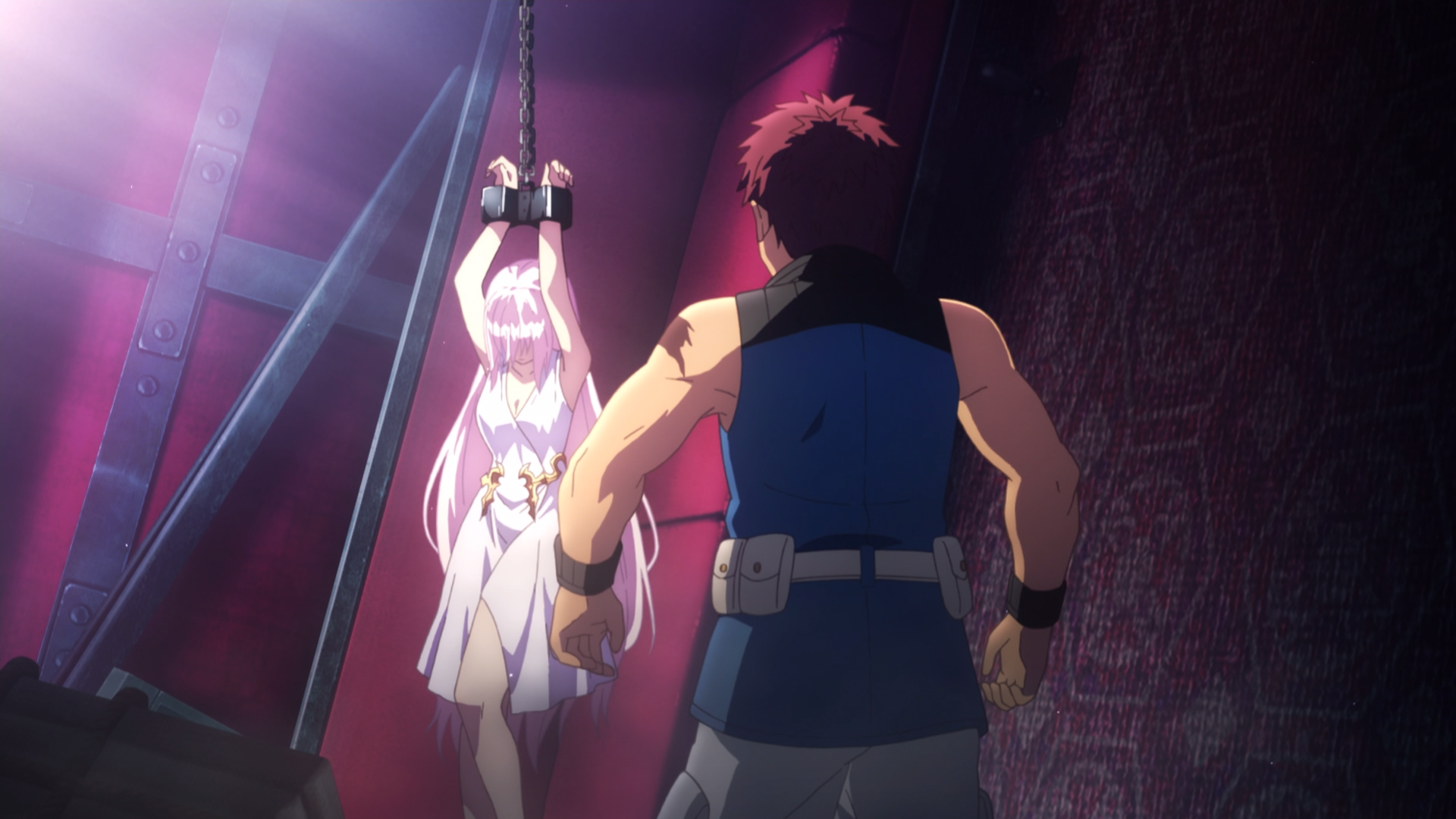 The young man frees her! He tries to touch her, but something happens!

It's comparable to a static shock thousandfold! 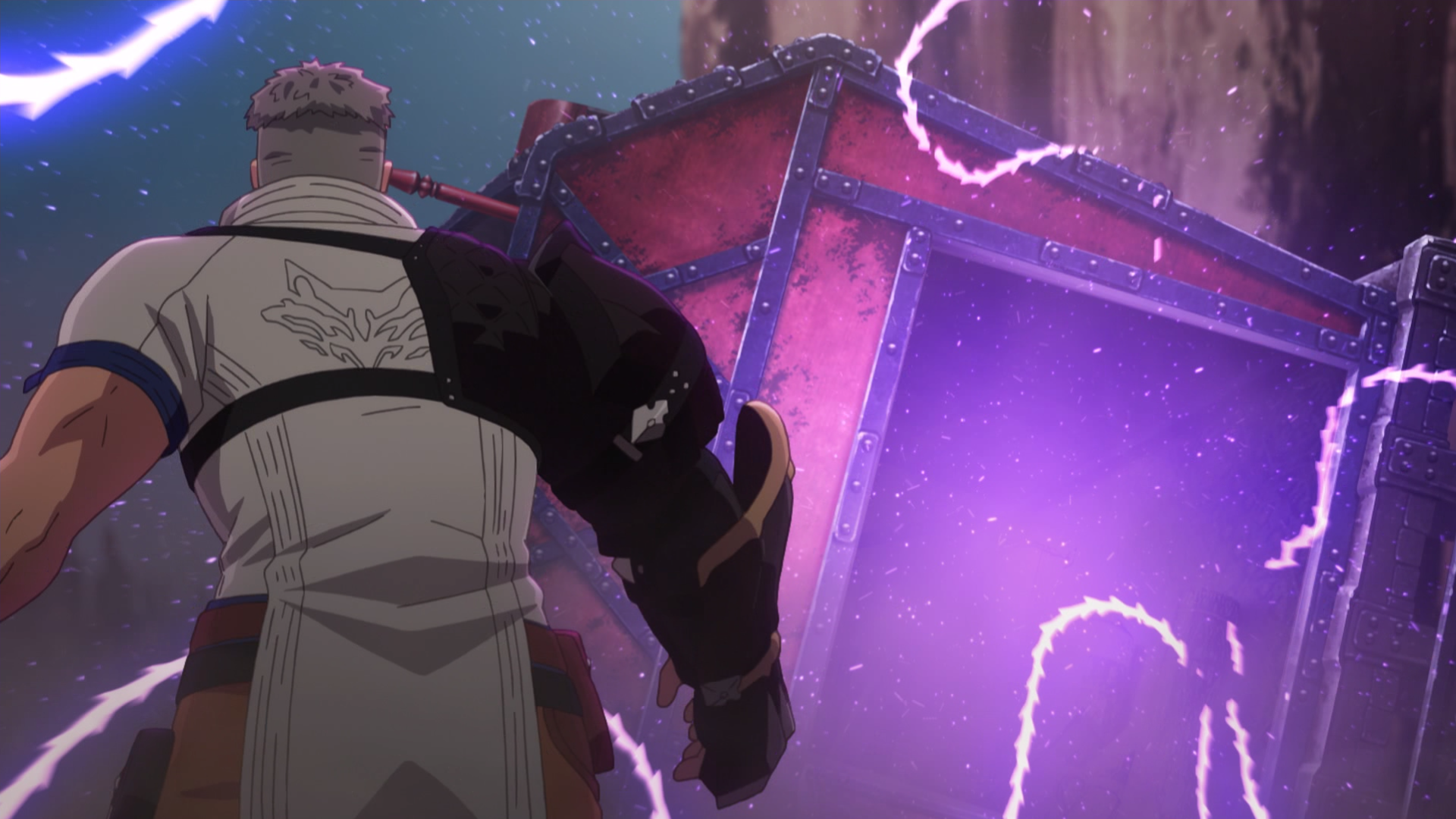 The guy passes out. She ties her hair, and runs on the tracks.

Seeing the man and the soldiers pursuing, she jumps off the cliff! 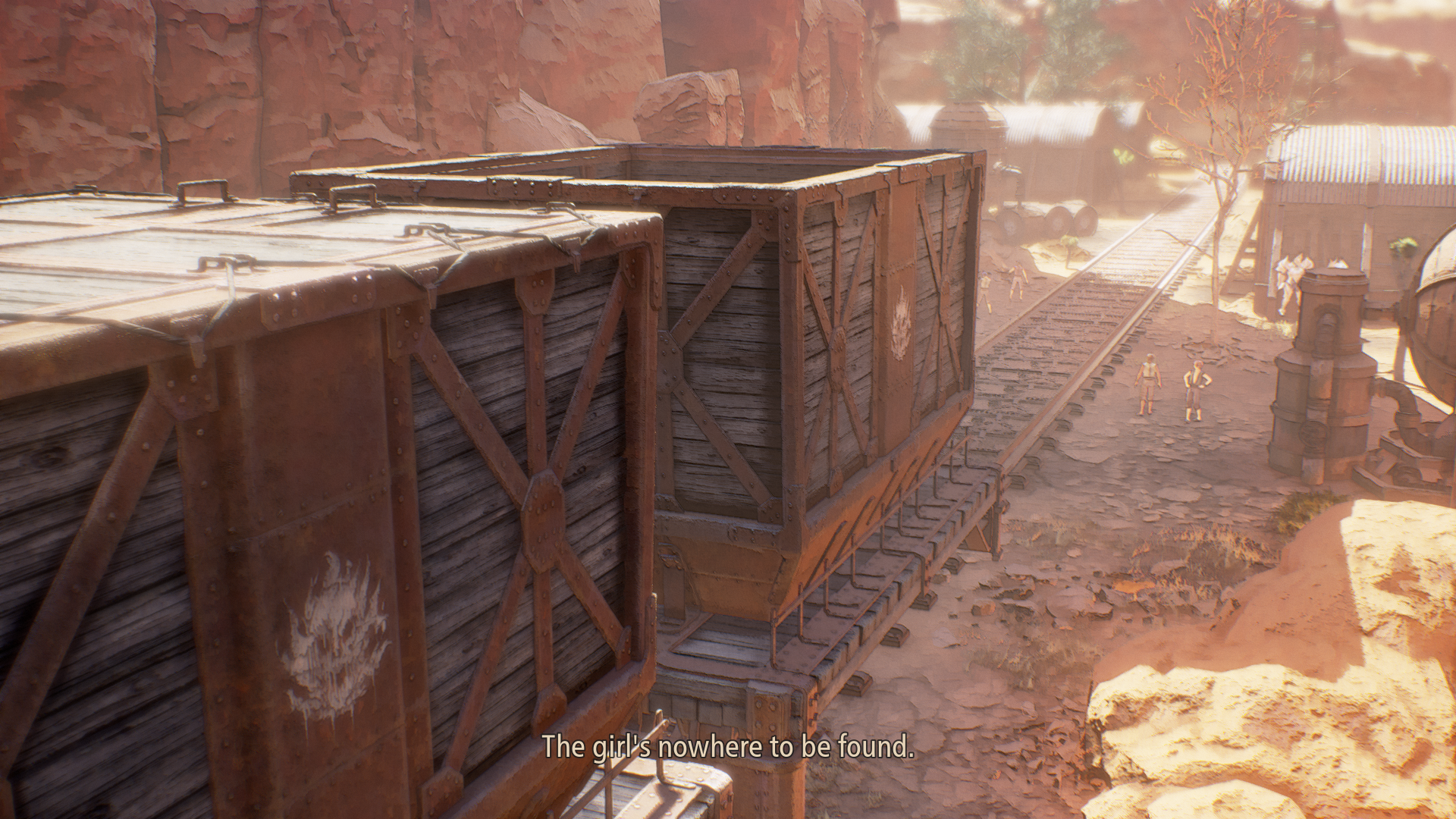 Hearing voices, the Iron Mask climbs up the train car... 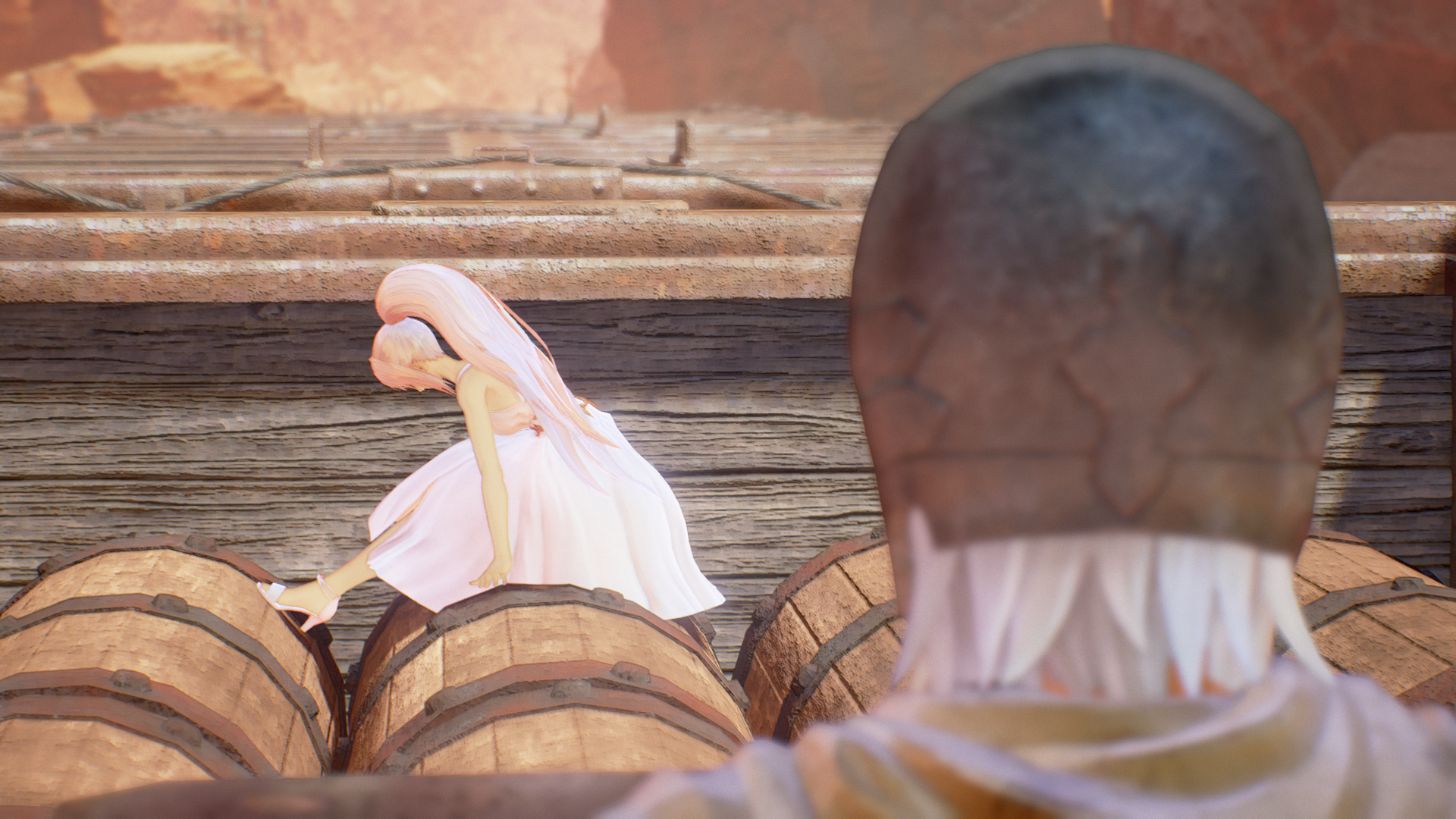 The beginning of a beautiful acquaintanceship...

Or not, as the soldiers are now on the chase!

She tells him to leave!

The Iron Mask sees this as a chance to flee, and pulls the soldiers down!

One of the locals gets the hint, and starts moving the train!

The woman jumps onto the front car... 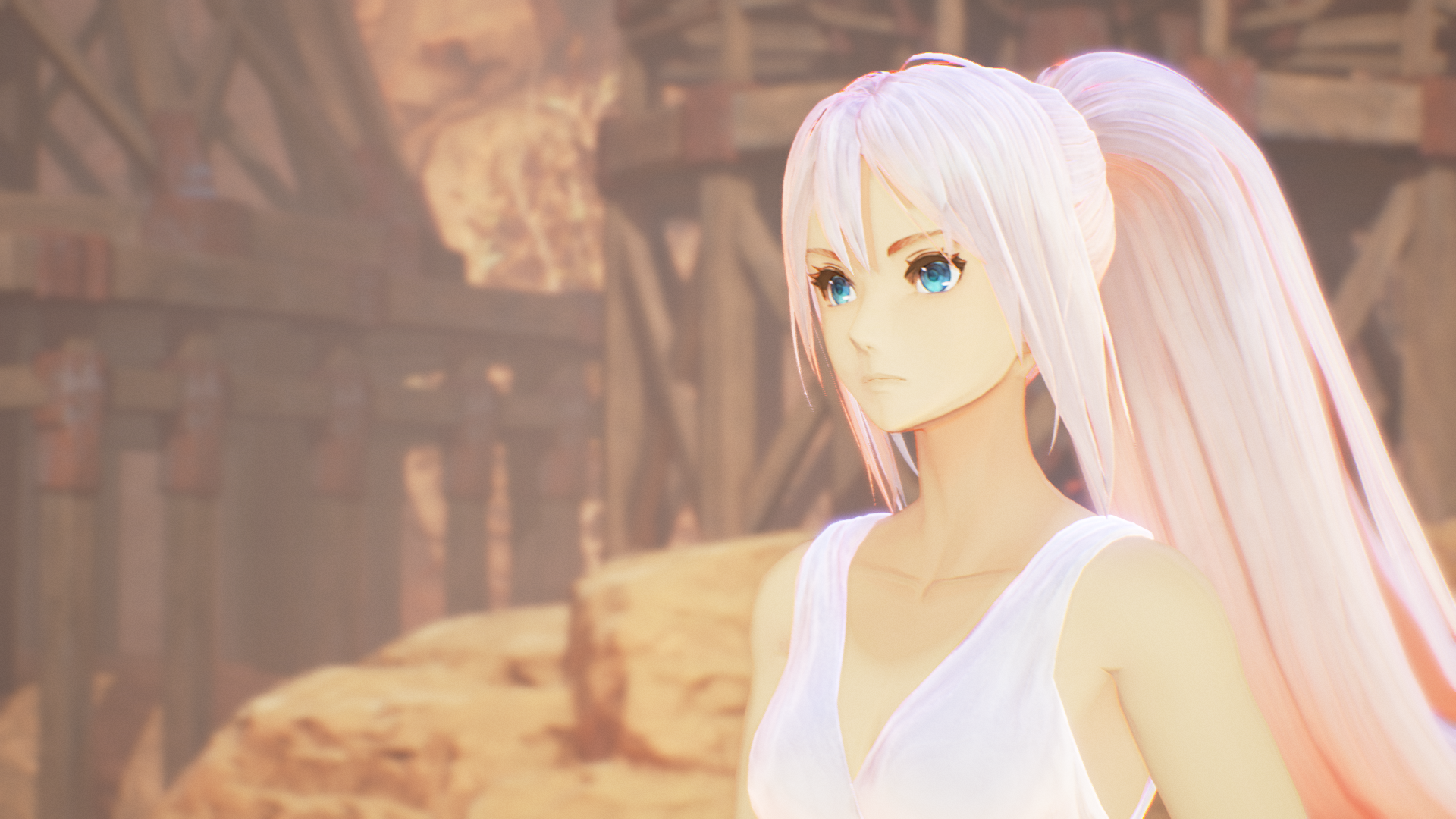 Soldier: "Forget the rebels! Focus on the girl!"

Now why are the soldiers taking high priority on her for?

The masked man pulls out a bar, and a fight is on! 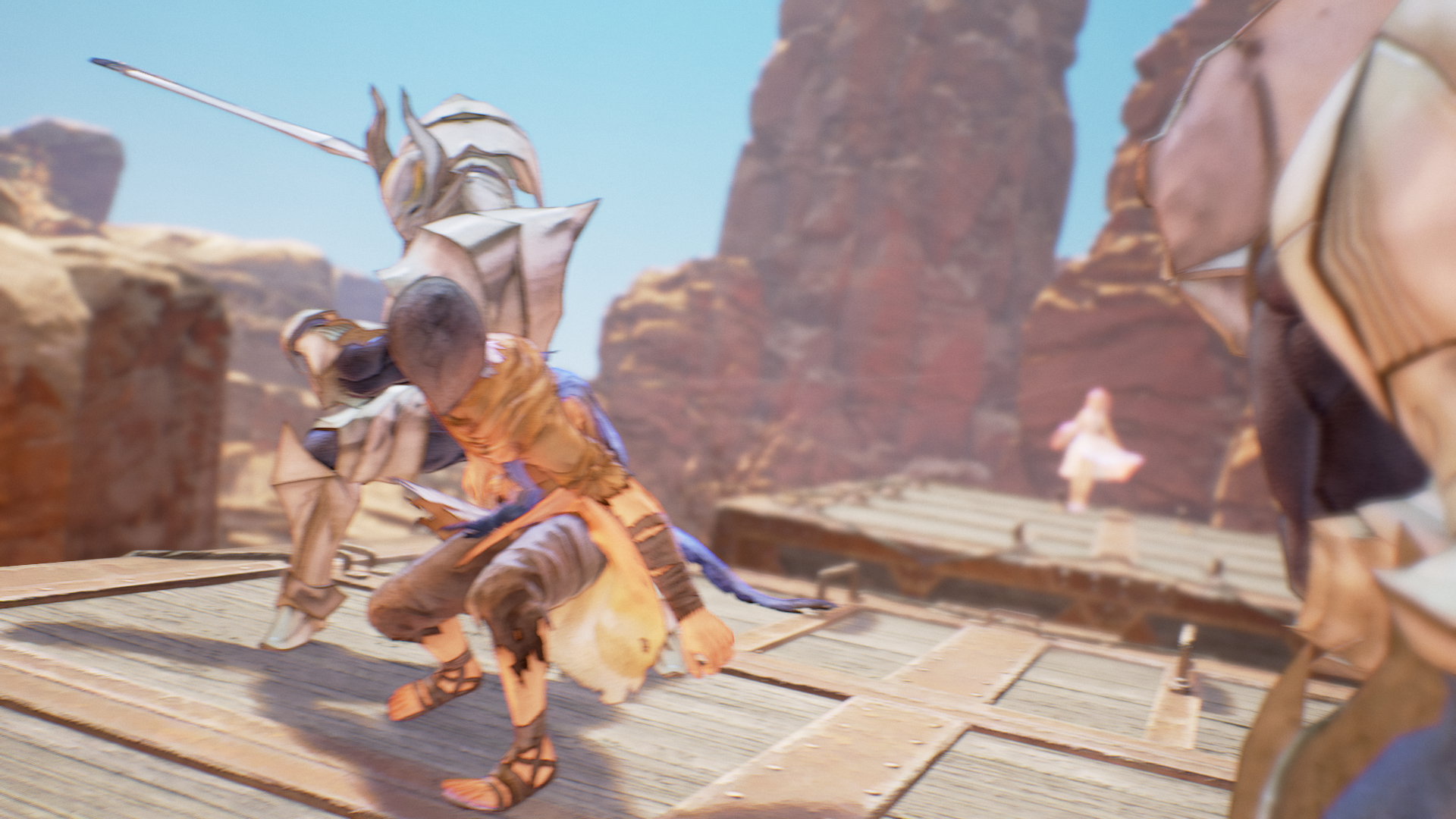 As the fight ends, another starts! The bearded guy and the young man jump down from the overpass, punching the guards out!

A 3-hit combo knocks one out!

And he flips a soldier over by pulling on his facepiece!

We get to see another demonstration of the woman's power! 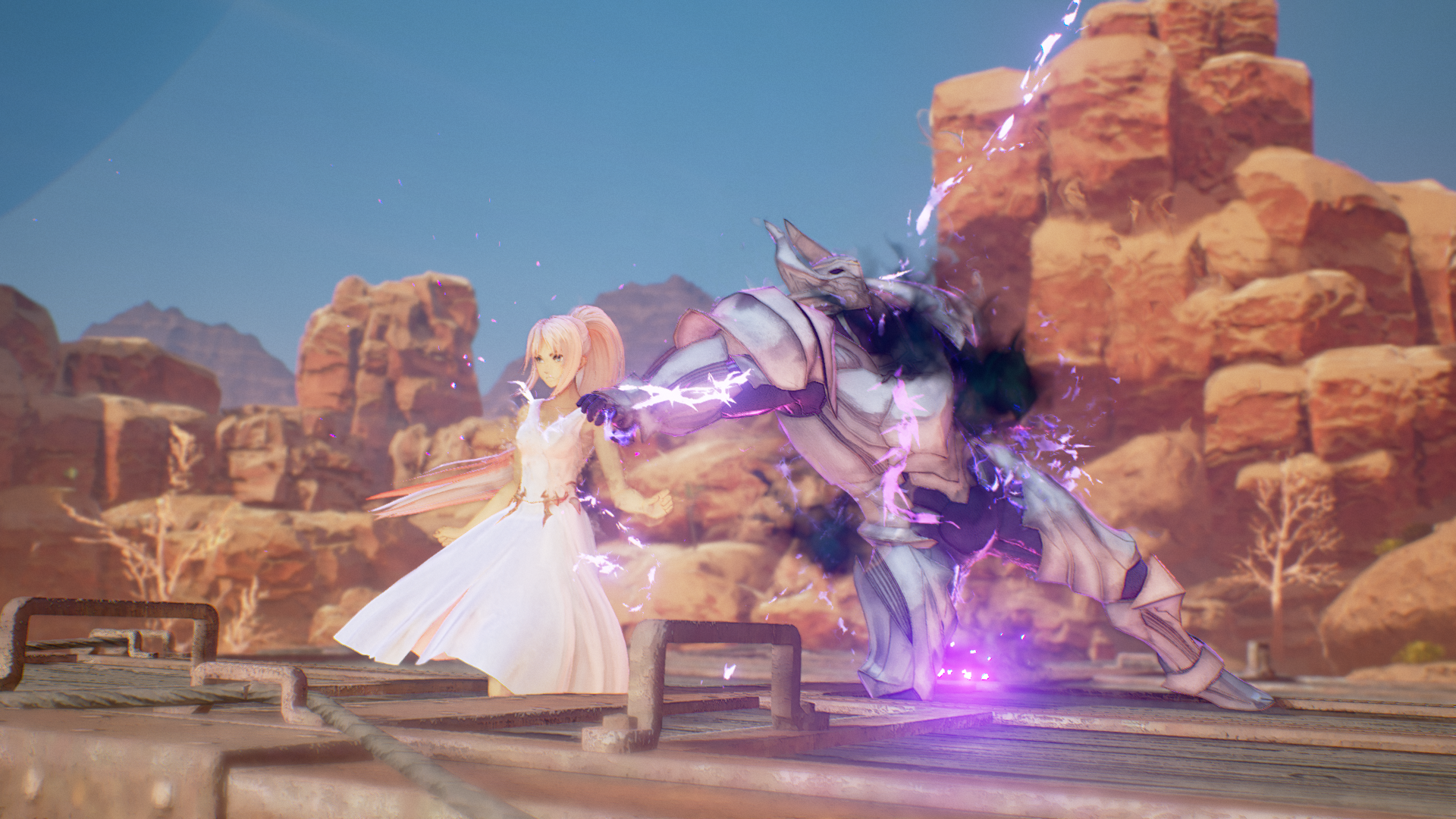 One car full of explosives, is stopped!