After a while trying to connect my controller to the Pi, I'm ready to go!

Even the chickens are frozen too! 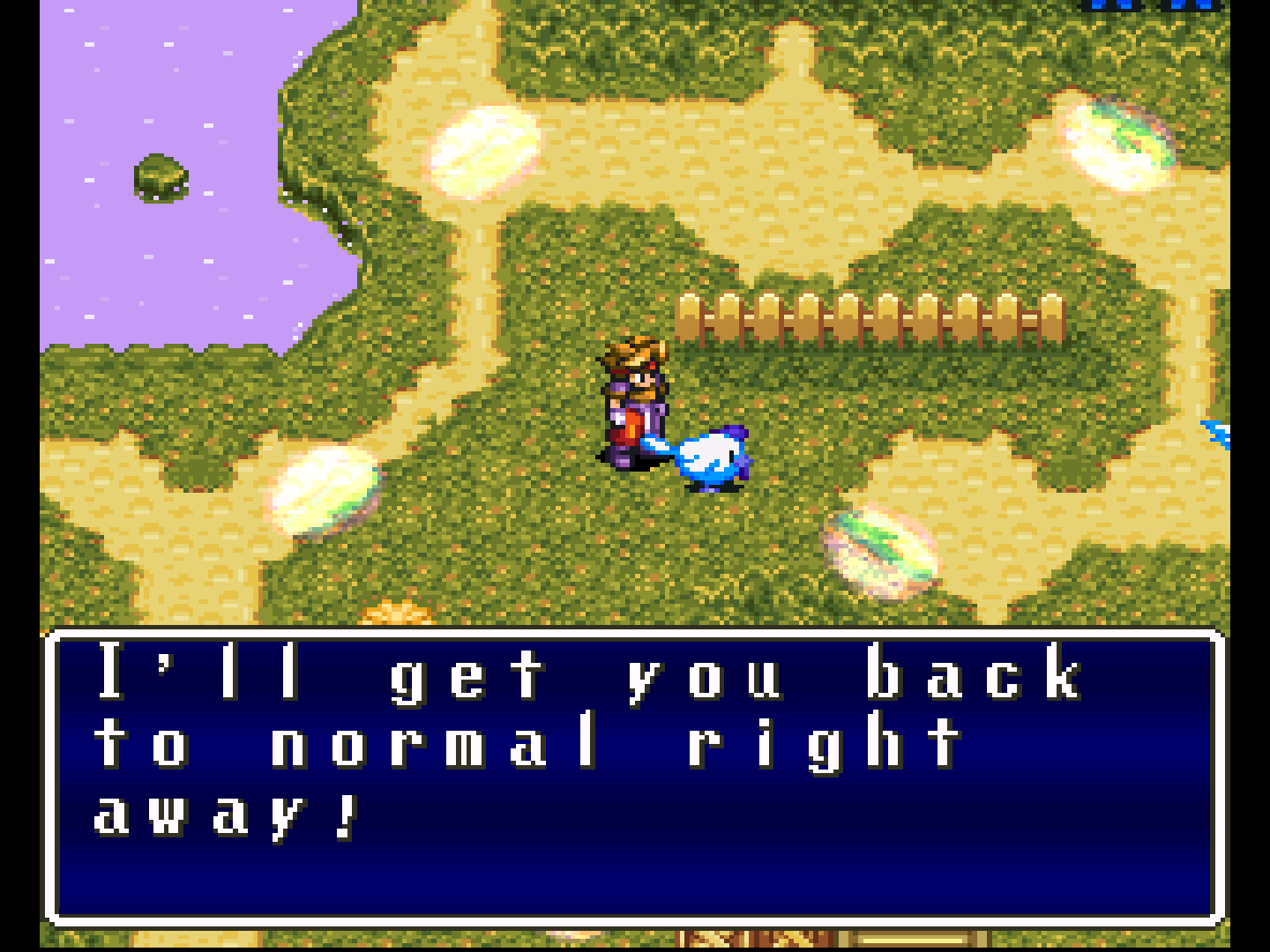 Inside the weavers' house, I have Ark speak to the madam. 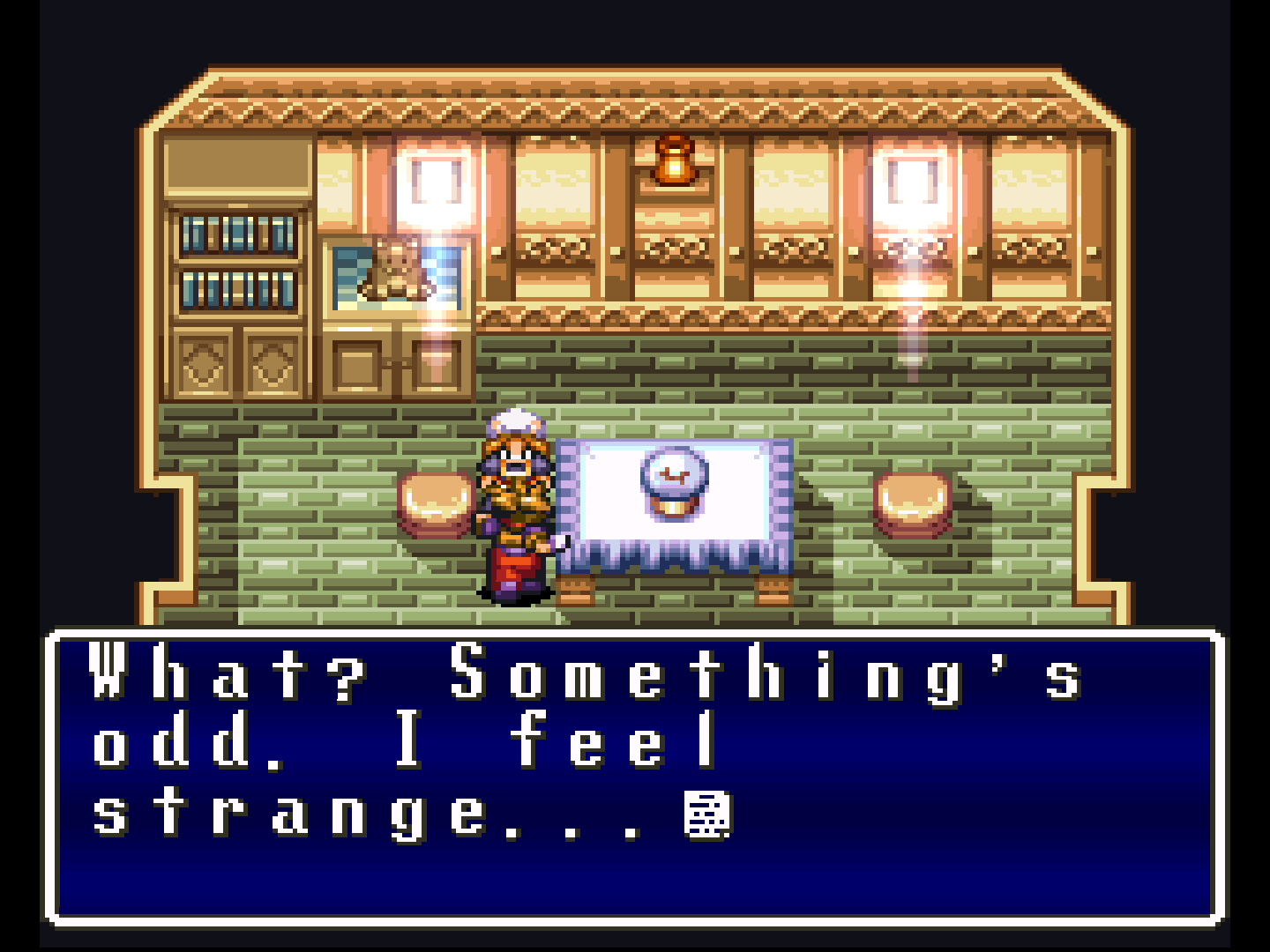 Madam: "I feel as if I awoke from a long sleep to an unfamiliar place."

I speak to one of the weavers, who was also dreaming that she was in the city, or "in a busy town with huge buildings", embroidering.

Two other weavers had the same dream.

The south weaver in the circle says something different. 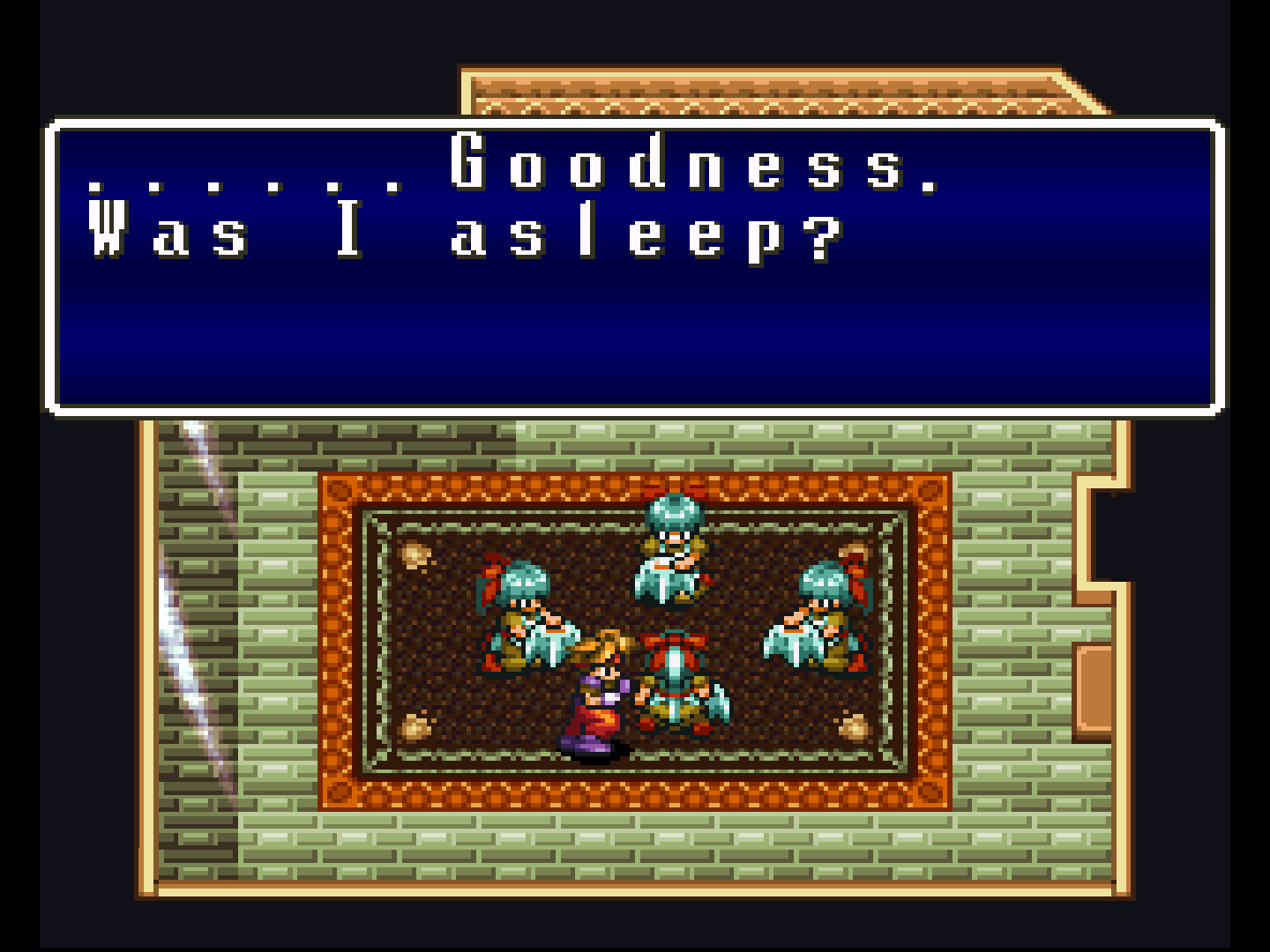 She then mentions Elle has a special power with her weavings: they "evoke happiness."

She's at the loom, weaving the Elder's cloth. 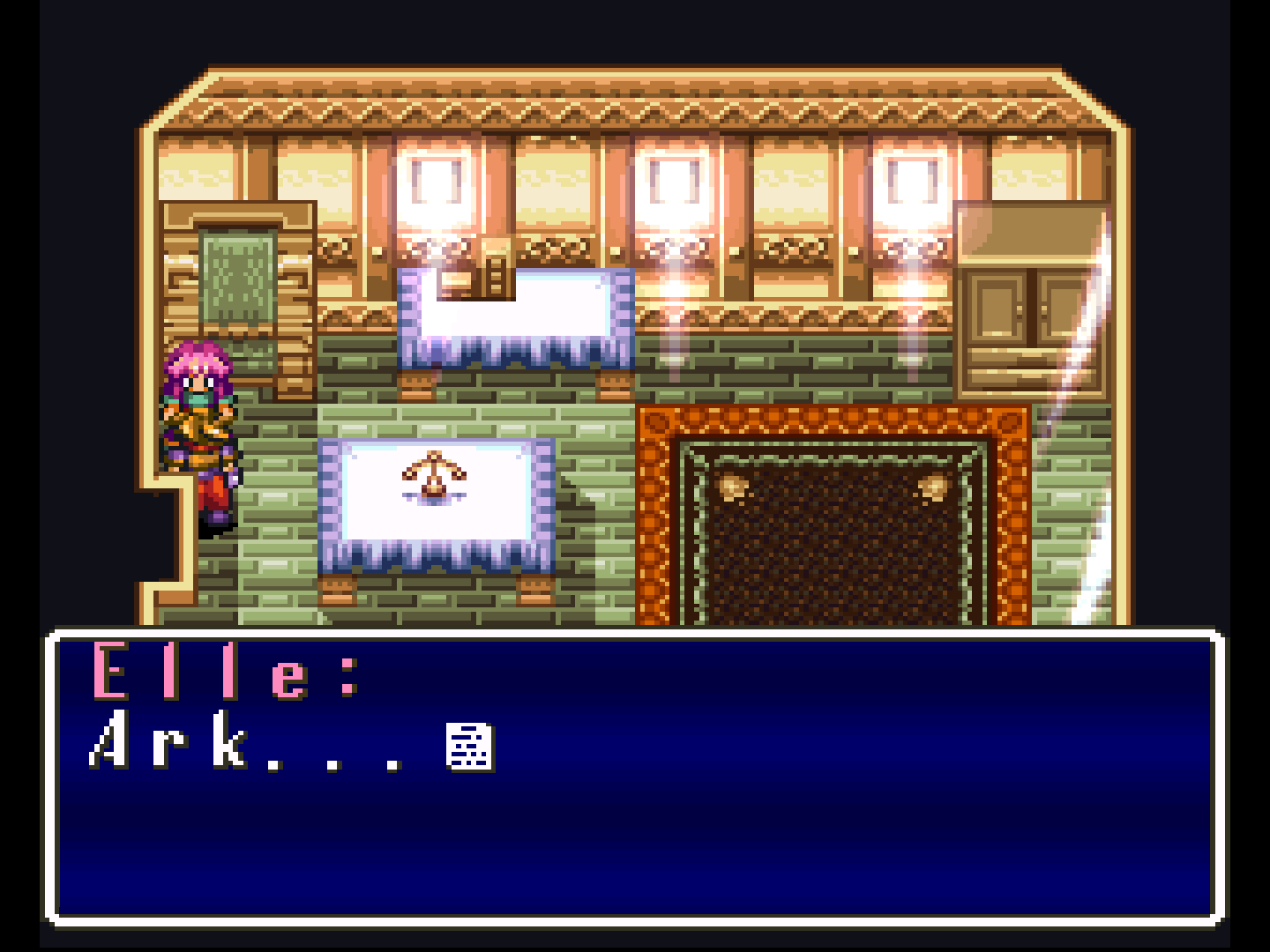 Elle: "While I was barely conscious, I came to understand. That it was you [...] who saved me. I...I know now for whom this weaving is intended. Ark. Just as you fought to save us, I, too will help you. I will weave my soul into what I weave for you, Ark."

So I was right, the piece that the Elder commissioned was for Ark.

I go back to the Elder. Same decisions pop up.

I rest and save before going to the magishop.

Now that I have Magirock, I can get either a Fire Ring or an Ice Ring... 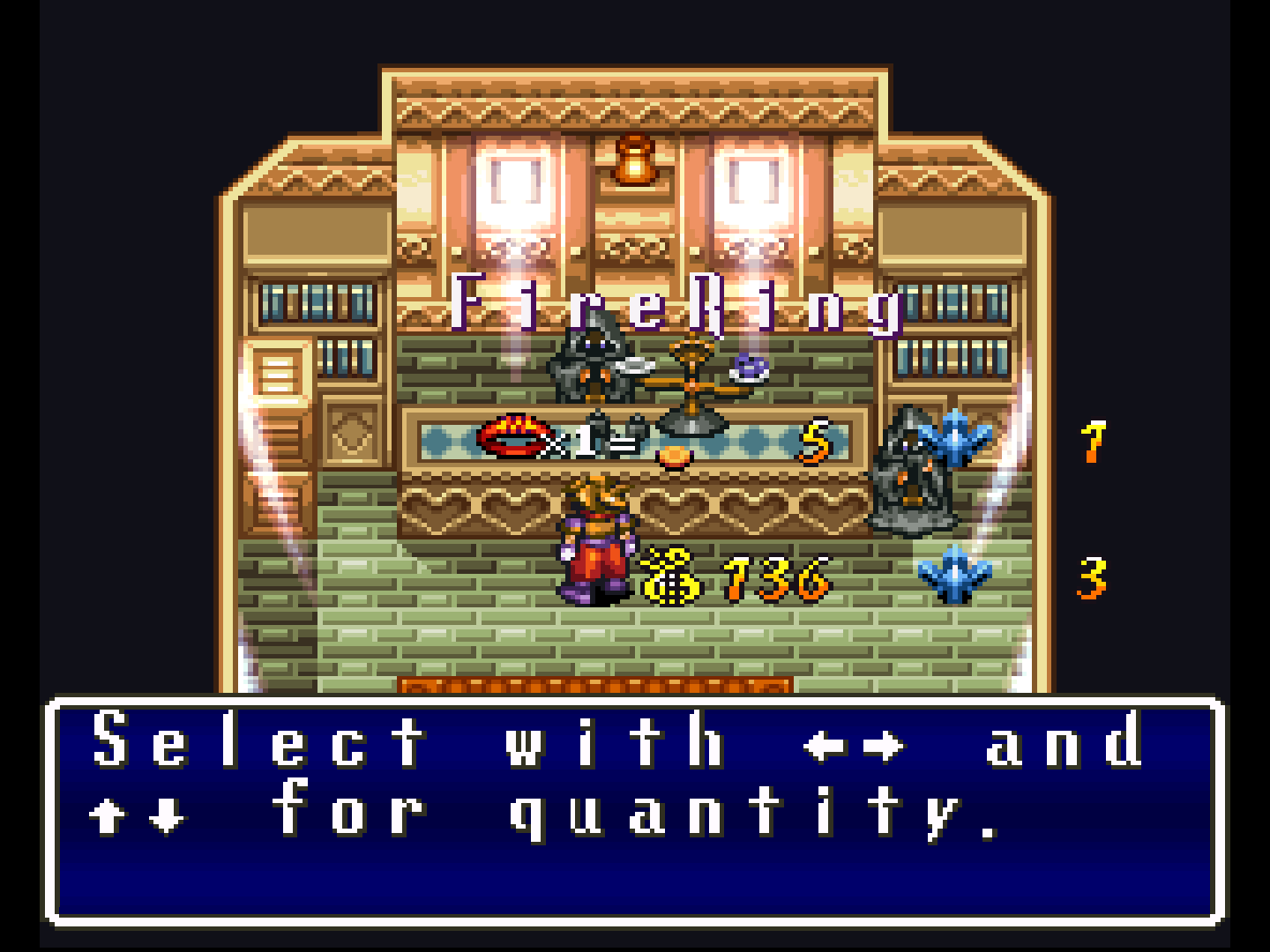 I pay 5 gems and 1 Magirock to get an Ice Ring.

But in case any magical accidents happen when I'm trying to take screencaps, I unequip the jewel box.

Aside: In order to cast magic, I press Y. But to take a pic, I have to press Select and Y, which might have Ark either go into the menu box, or cast a spell, depending on which button the game sees me press first.