After they're gone, I climb up to the fifth floor, where I see a certain stranger. 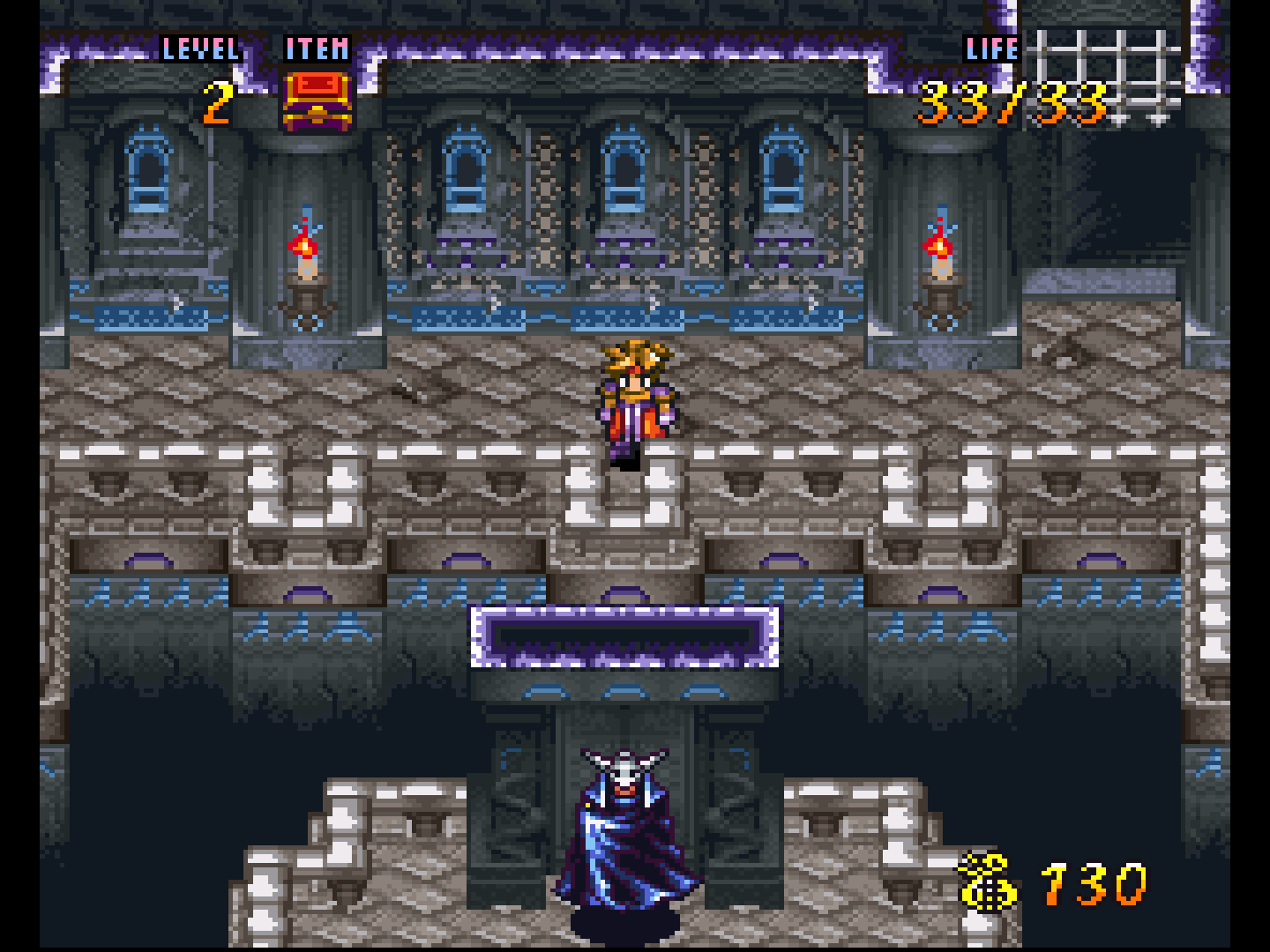 This tower feels too easy. I have Ark speak to the cloaked stranger. 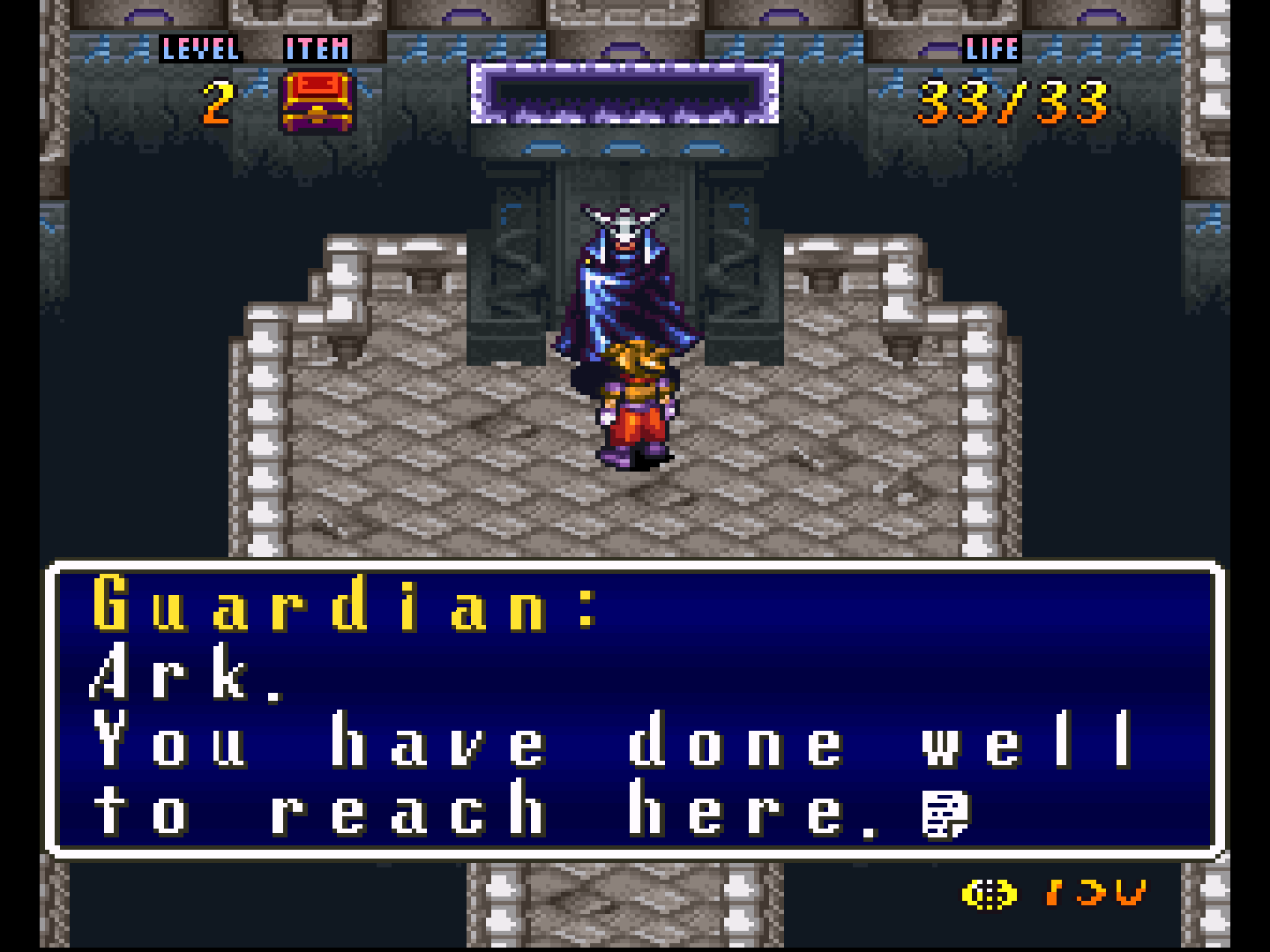 Guardian: "The monsters you felled, they were the people's souls transformed. Upon overcoming this challenge, they will regain their forms."

The Guardian lifts their hand...

...and summons four Huballs, or the roly-poly monsters! 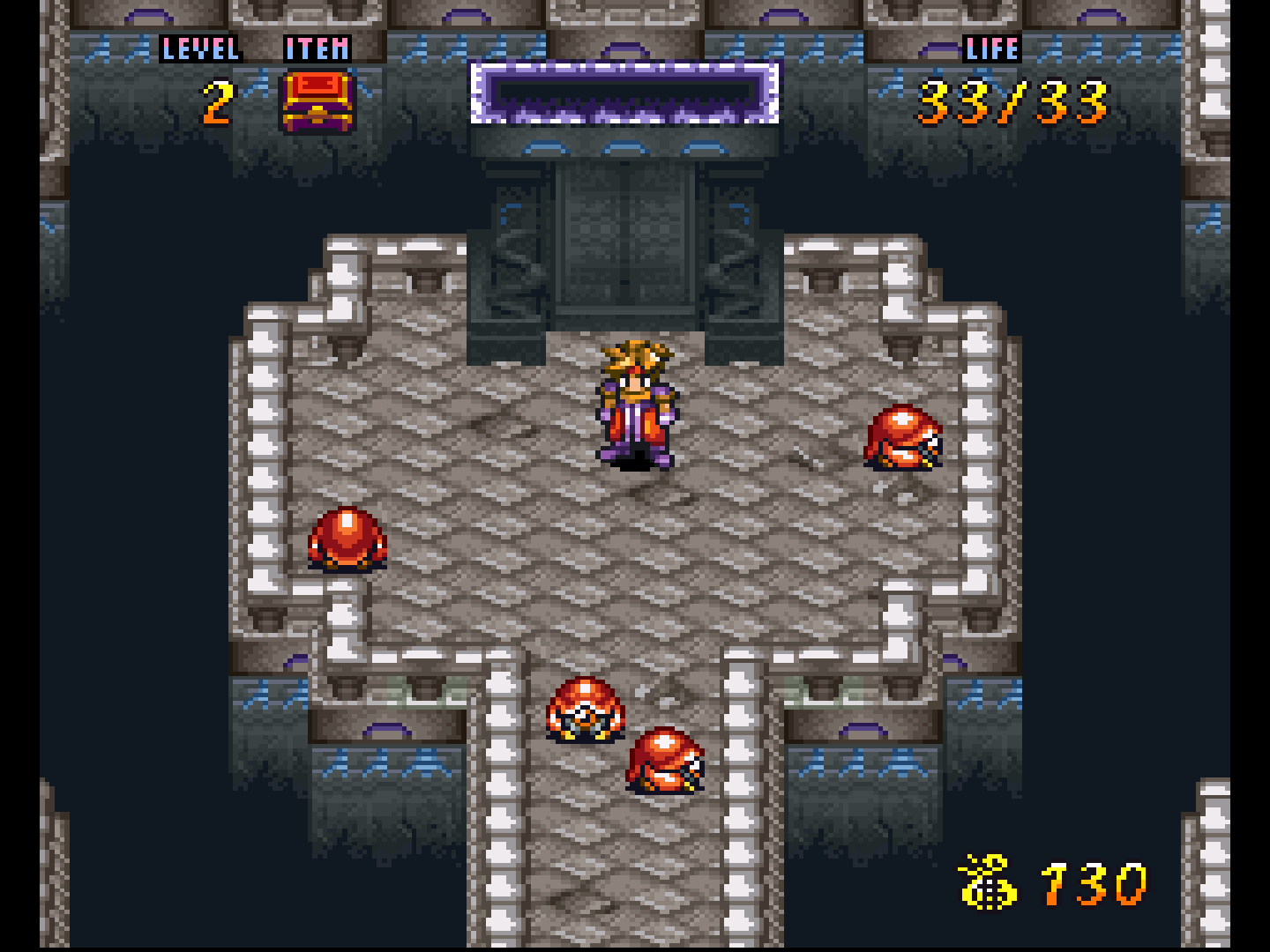 They're an easy challenge for Ark, and he levels up!

After they're gone, the Guardian speaks to us. 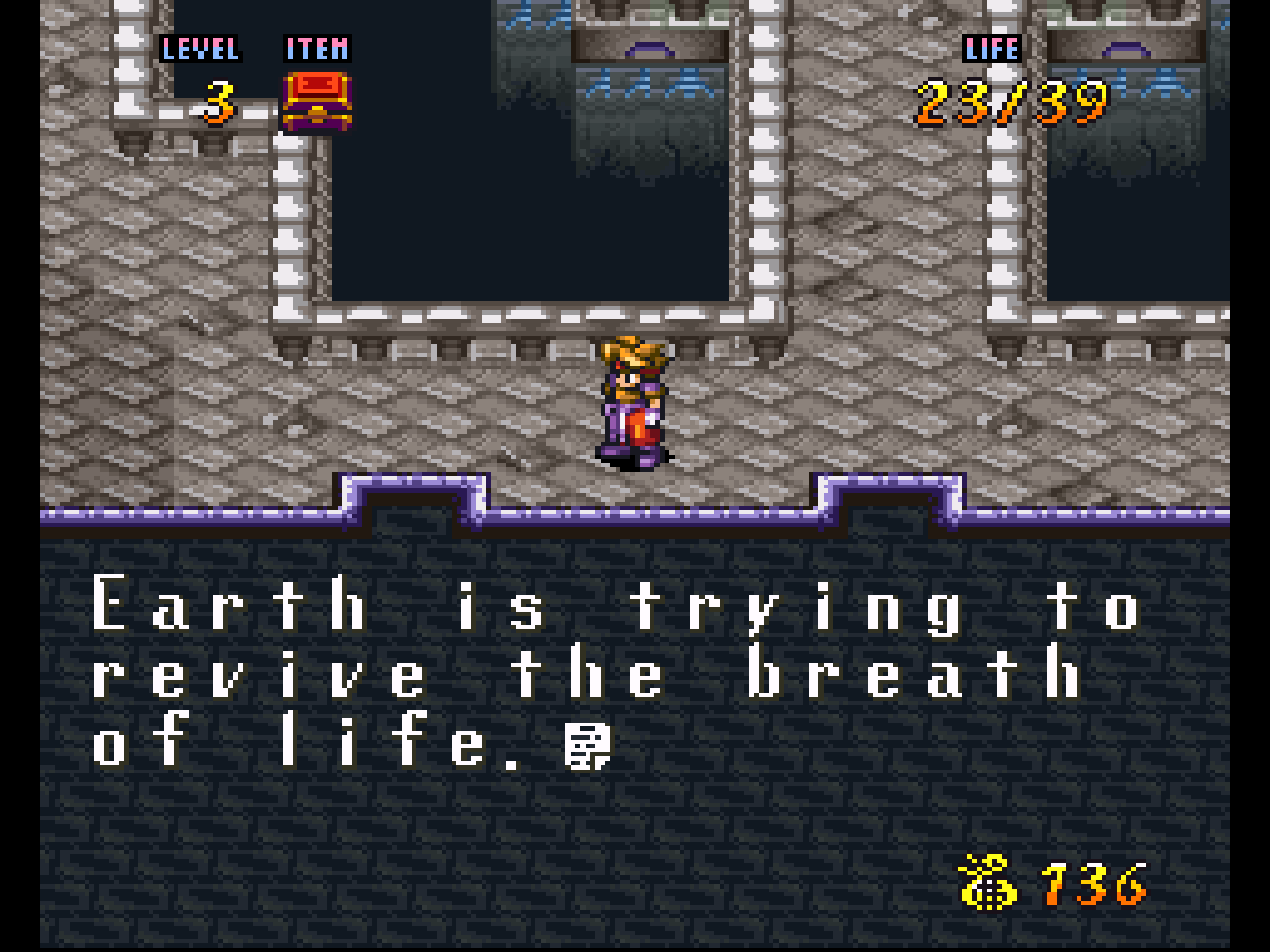 Guardian: "Earth is trying to revive the breath of life. Land is on the verge of resurrection. Ark. That door leads to the space for land's control. You may enter."

So the door behind the Guardian leads to a land-controlling console.

I'm also treated to another idle animation, where Ark holds out his Crystal Spear. 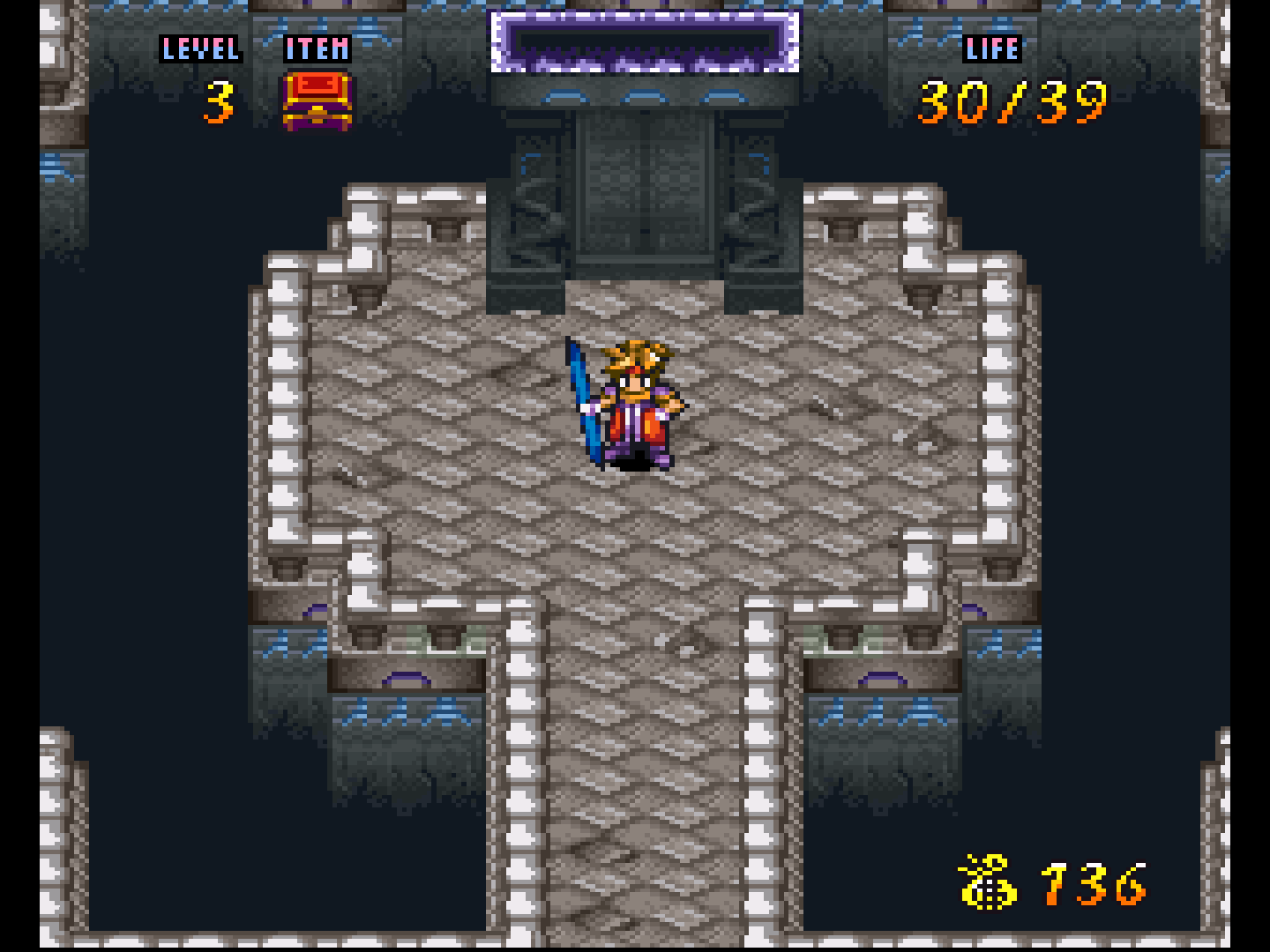 We enter through the doors. 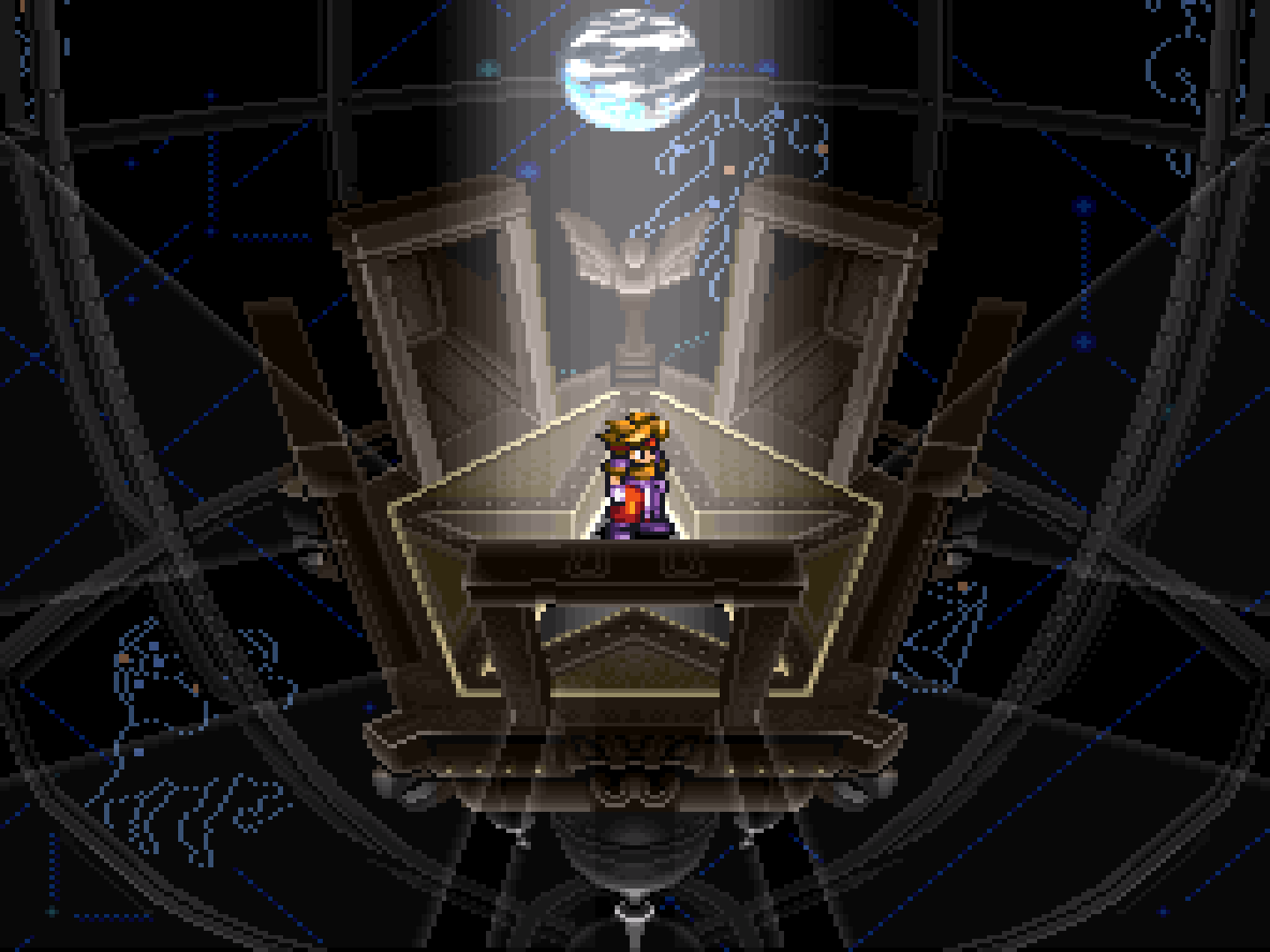 The globe in the center descends on Ark, spinning...and a continent is born. 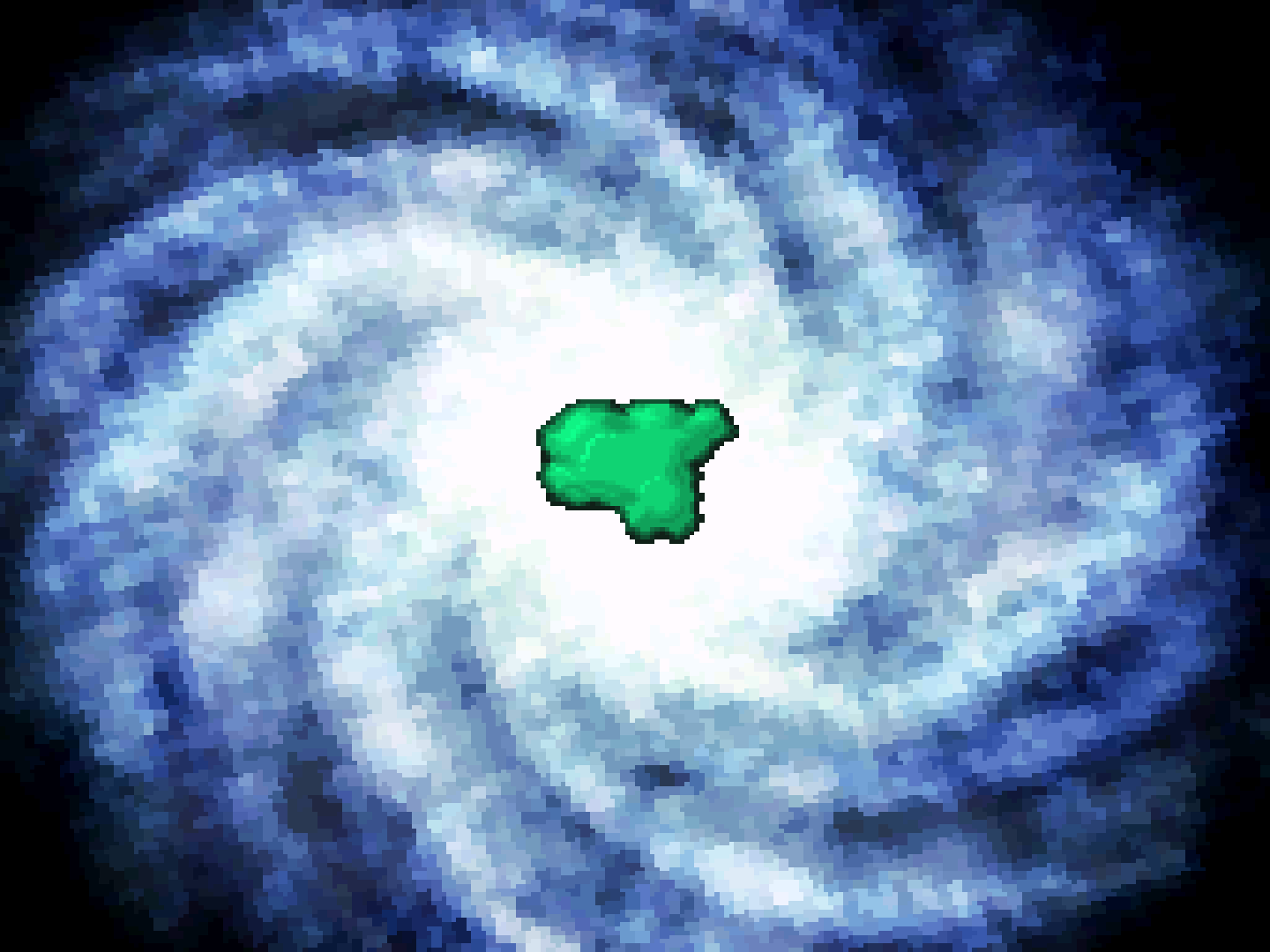 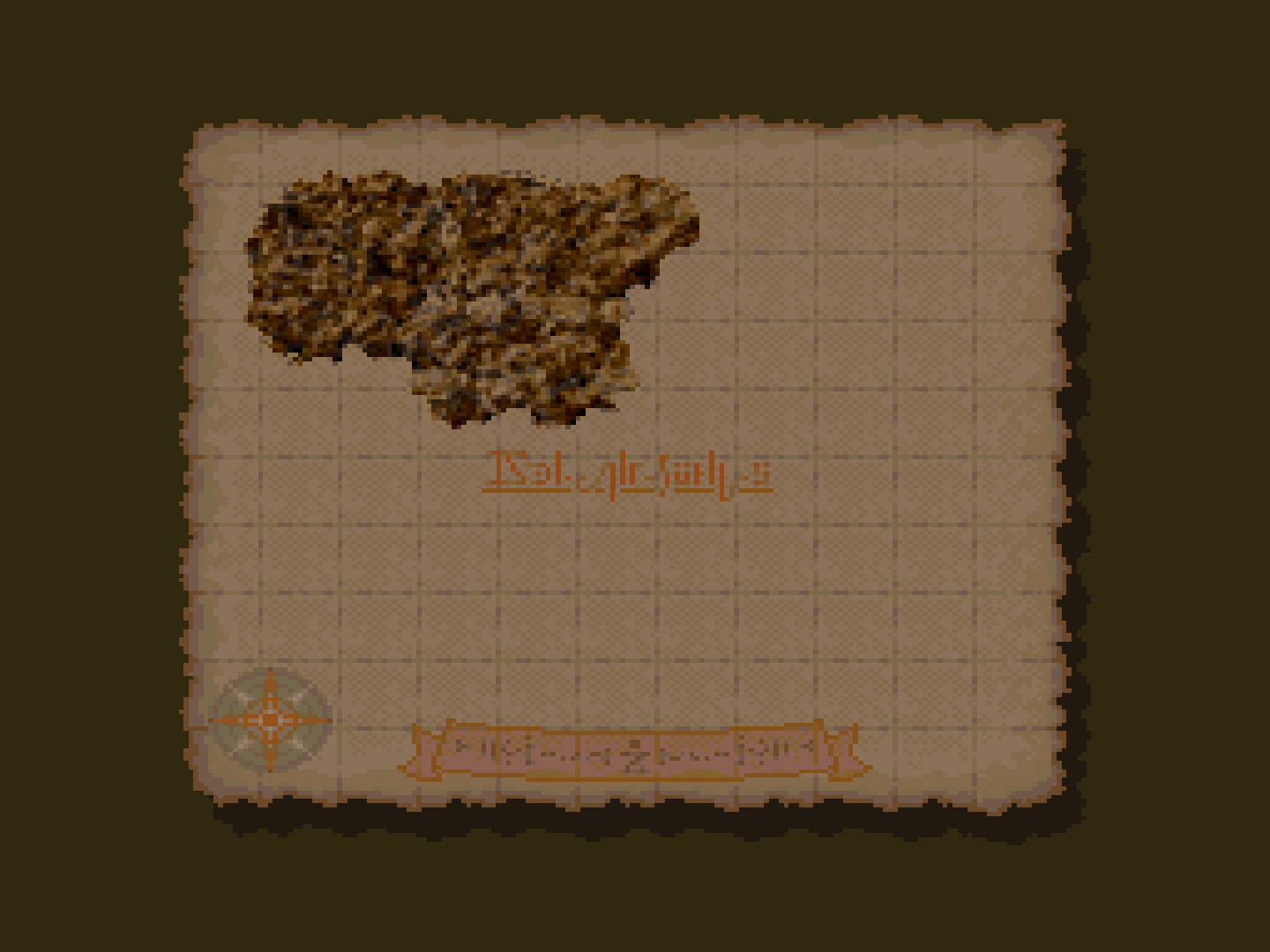 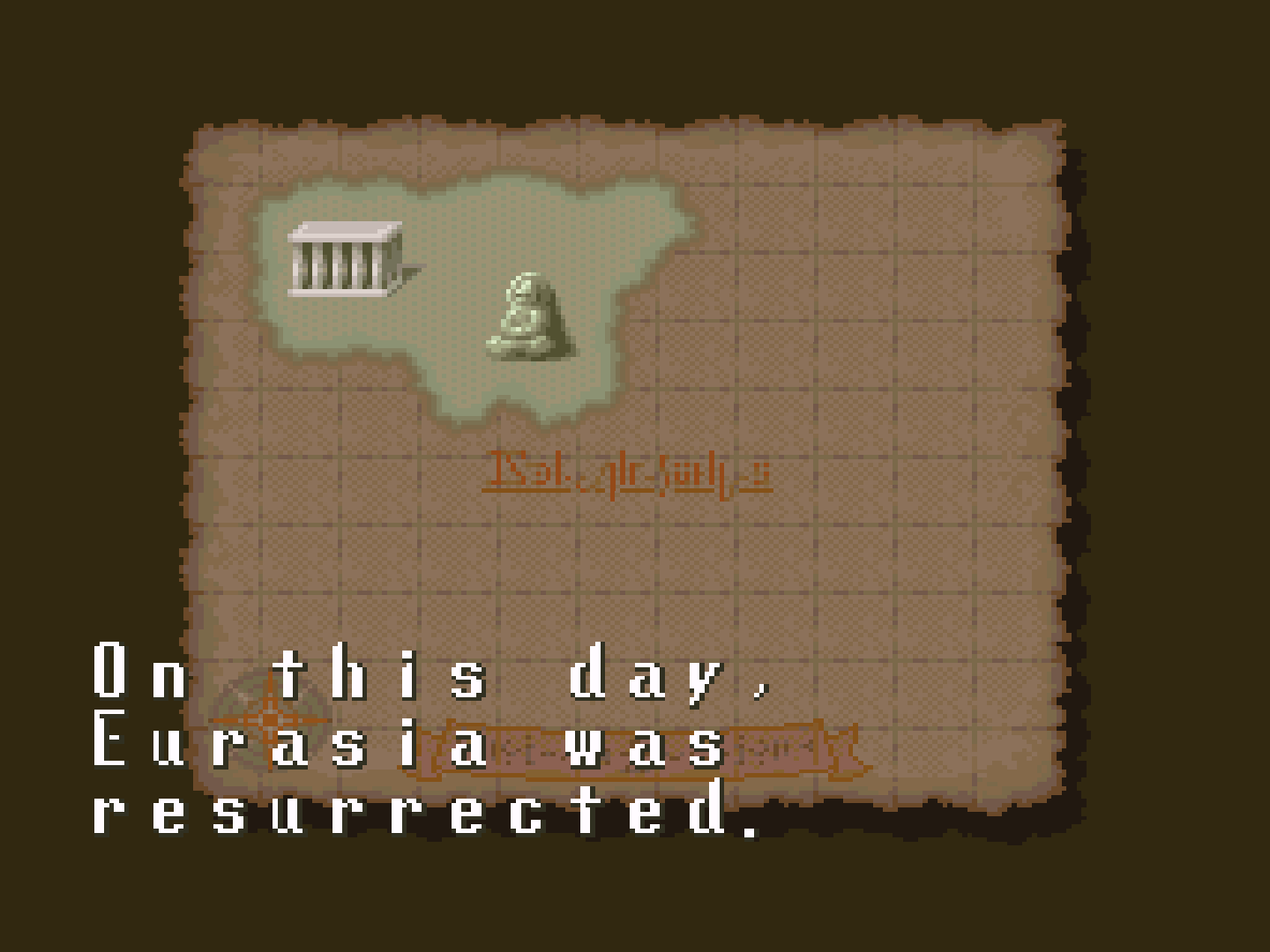 What!? Does this game take place in a post-apocalyptic setting of sorts?

Elle and the weavers' souls are united back into their bodies. 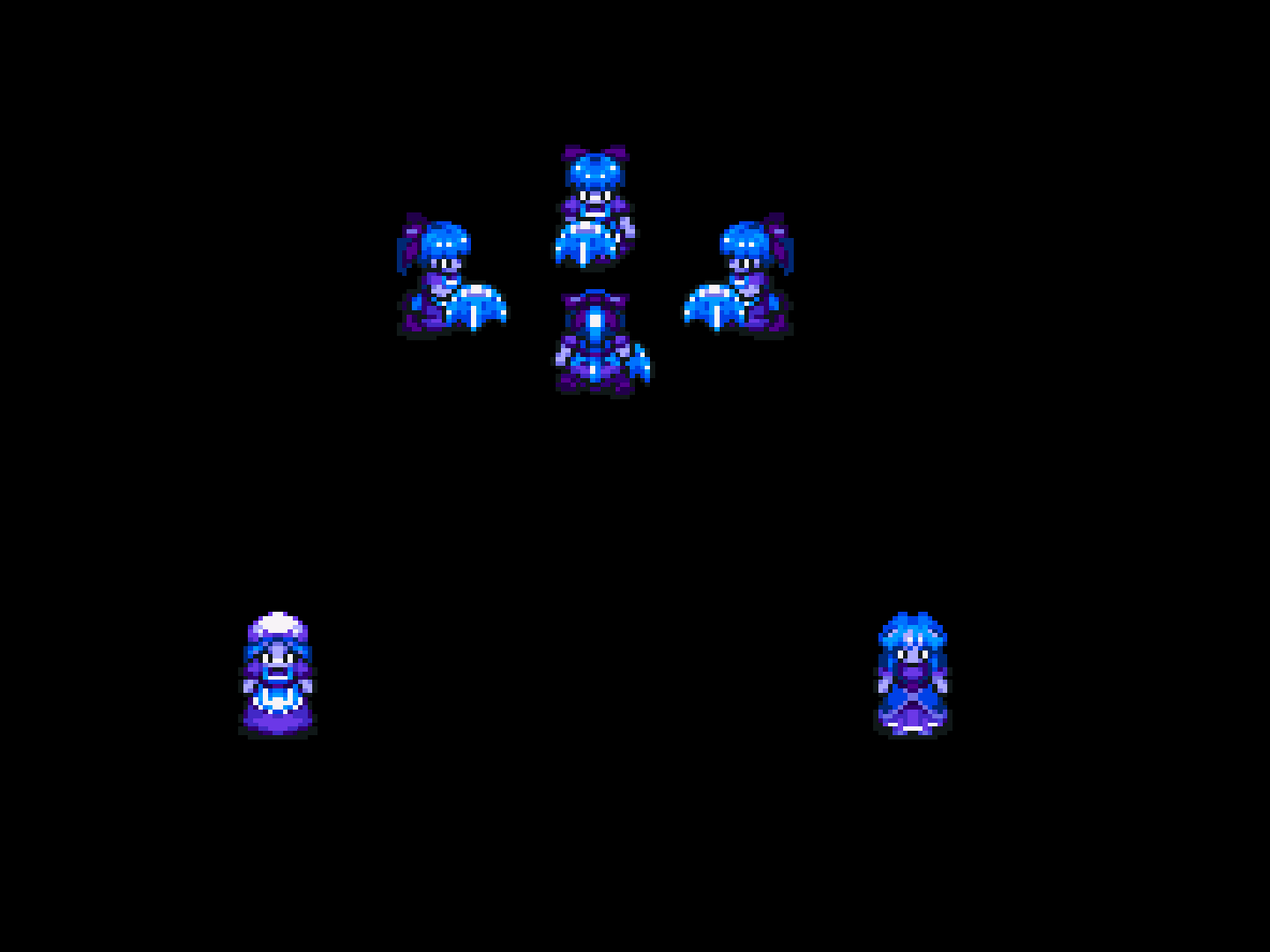 We're back outside the tower!

We go back to the Elder's House and save our progress.

If this is how easy the towers are, then I'll end up finishing this game faster than my previous playthroughs!

Unless, there's a catch when reviving the continents. Now this is raising some questions I have:

How and why did the world in this game end up the way it was?
Does the Elder know more than he's letting on?
Even when Ark visits all five towers and restores the world, does this mean the game's over? Or is this just the first act?