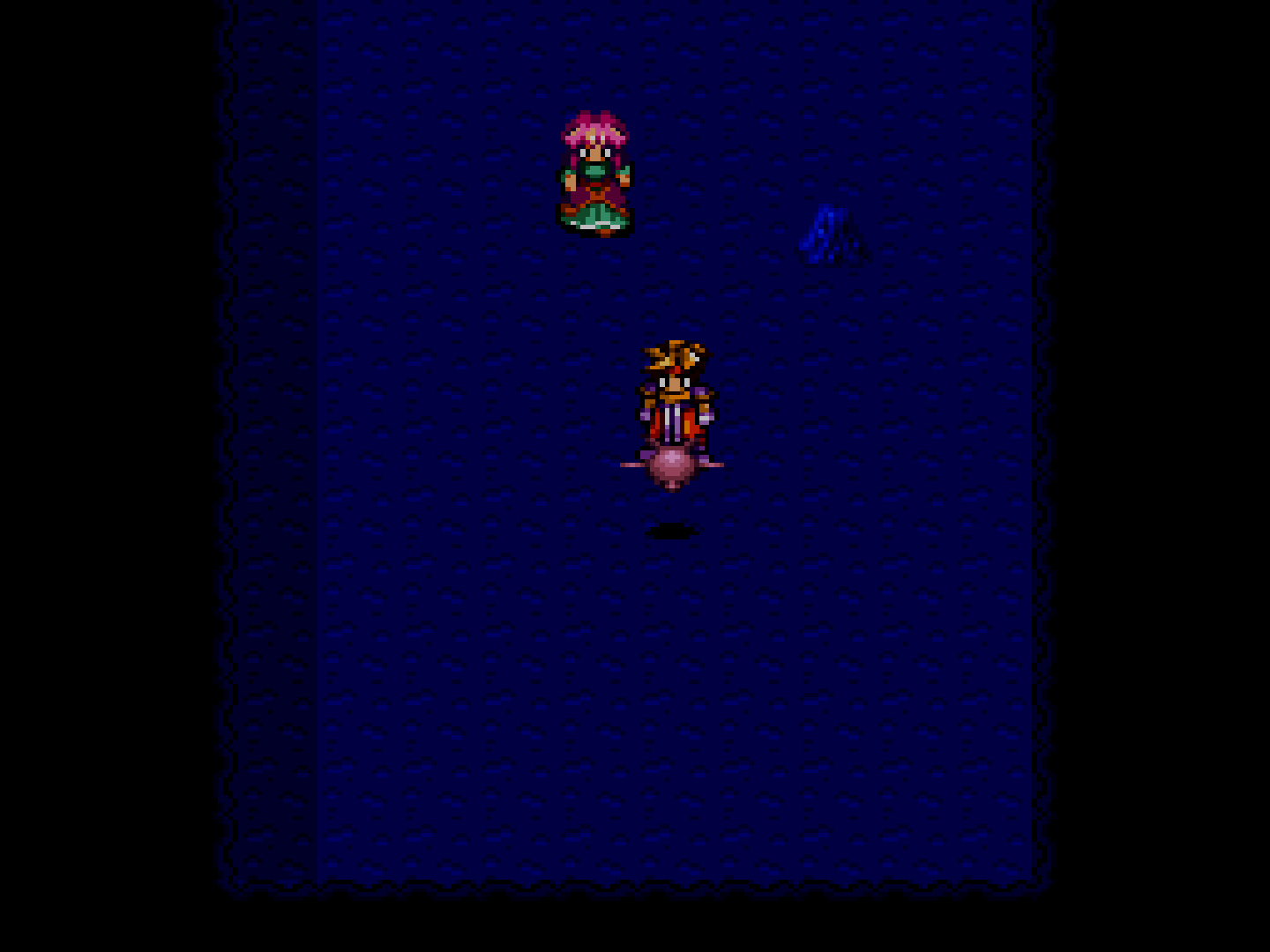 She asks Ark if he's okay, and sees Yomi!

Yomi snarks at her presence. She's not used to seeing flying creatures. 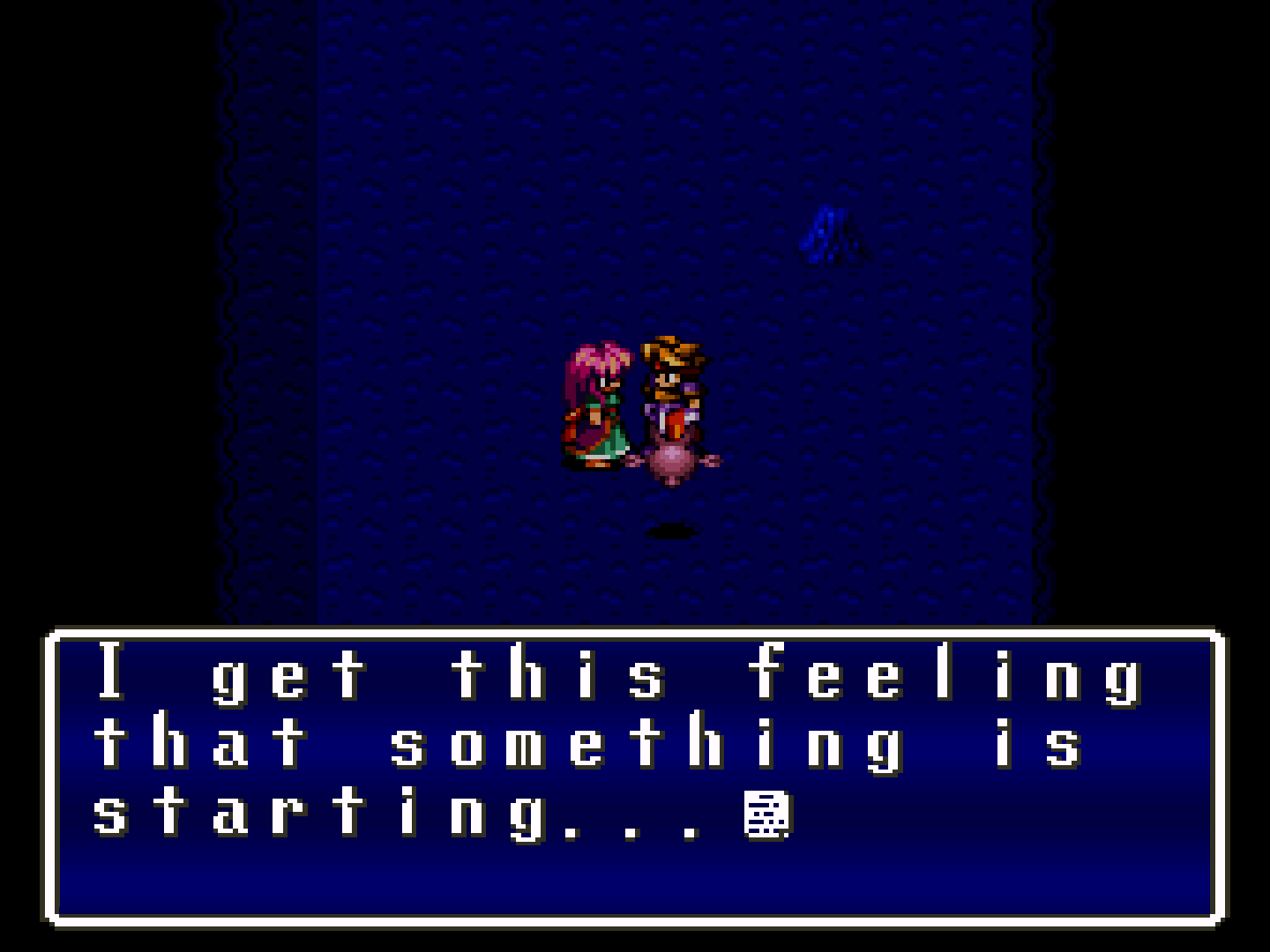 She tells Ark not to leave her alone.

With a flash of light, she's frozen! 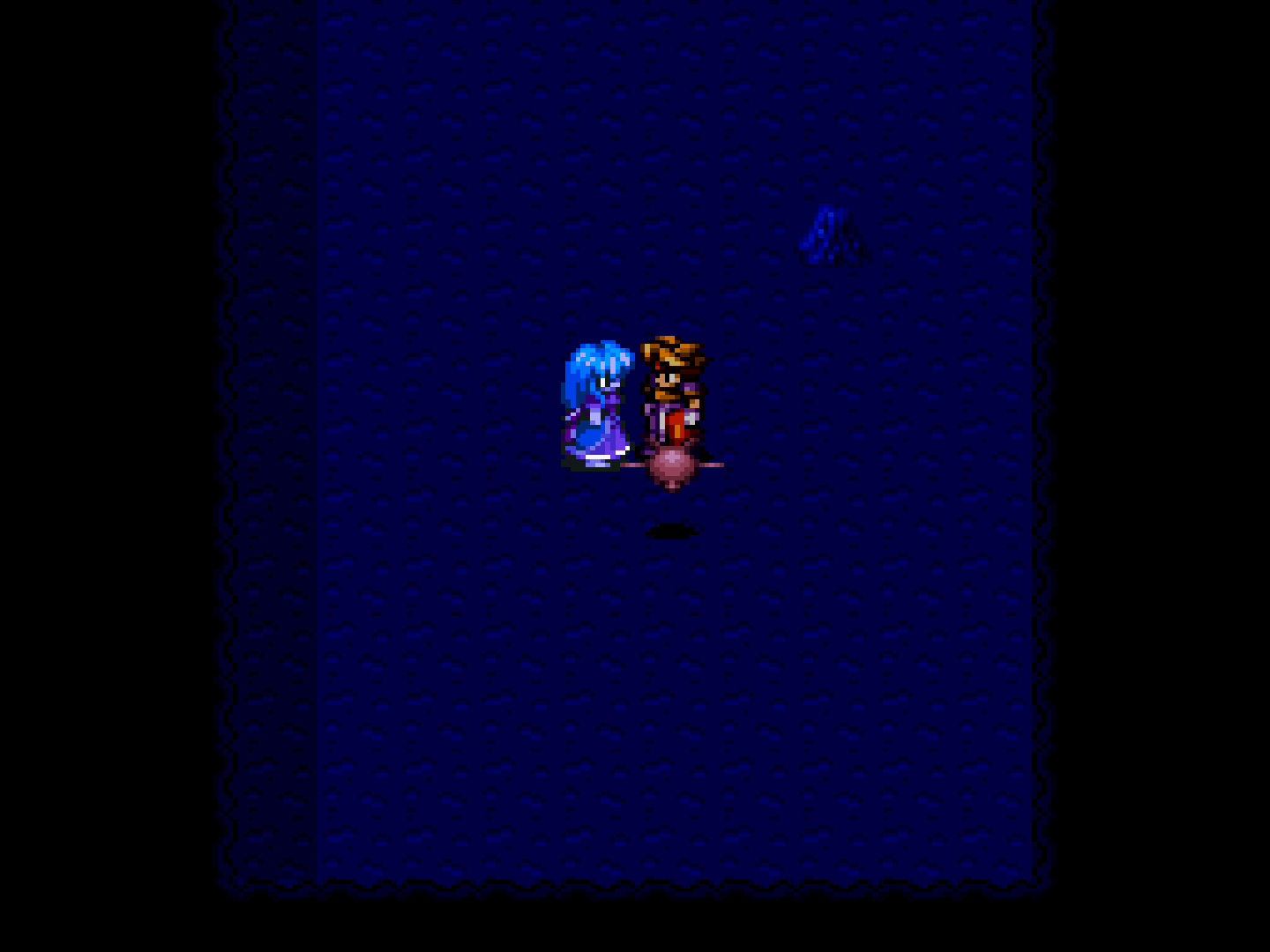 Ark is not happy, and asks what Yomi did.

Yomi: "Oooh scary! But right about now, everyone in the village should be like that."

I'm guessing someone was sealed along with Yomi.

Yomi tells Ark some advice in order to free her. 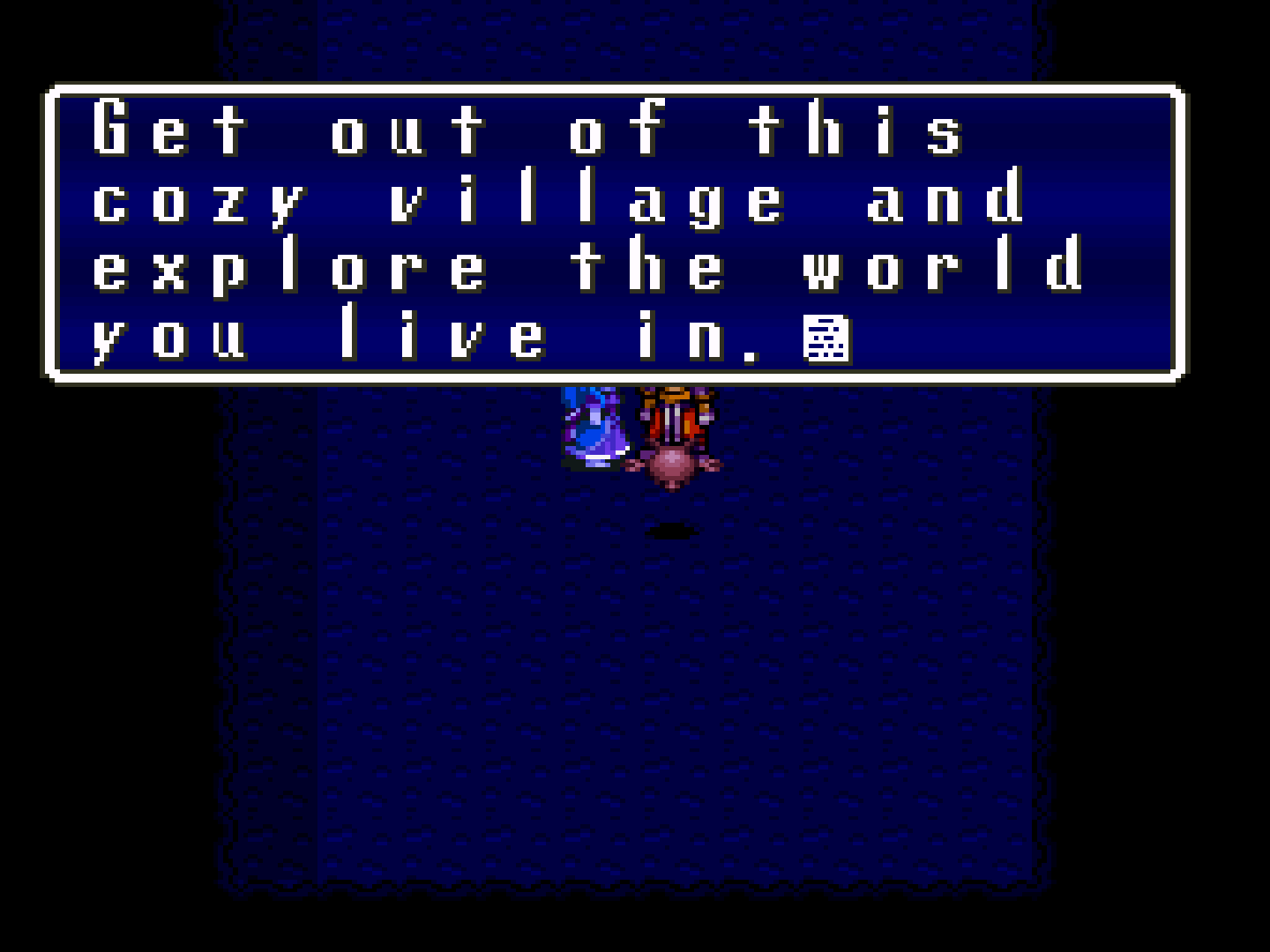 Yomi bounces twice and vanishes in a speck of light. Ark runs to the wall.

Ark now realizes the Elder hid and sealed that box for a reason.

The pot's still bubbling in front of the frozen chef... 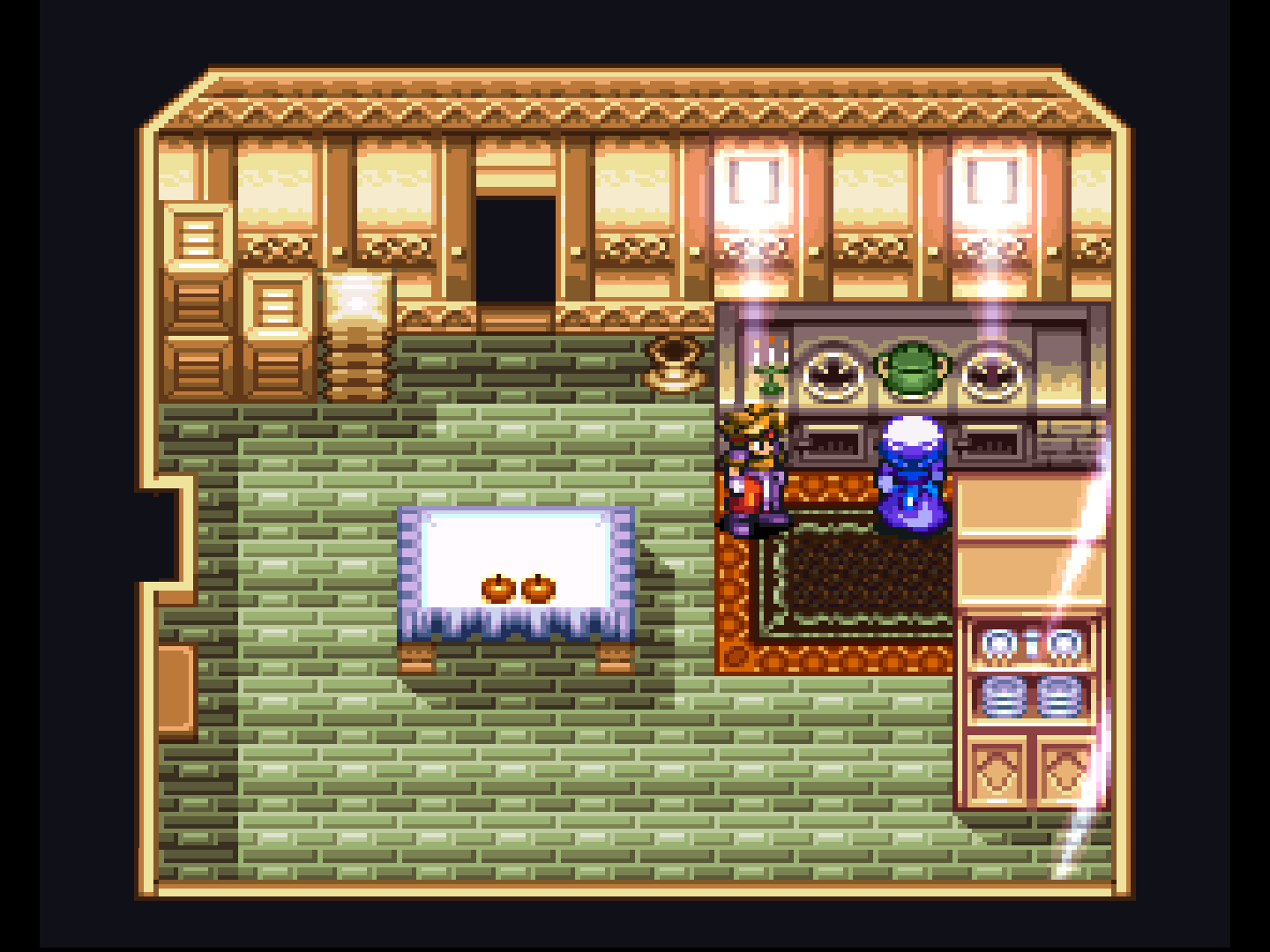 As I press select to take the pic above, I get sent inside the Menu Box, where Yomi, who's now a cursor, is. 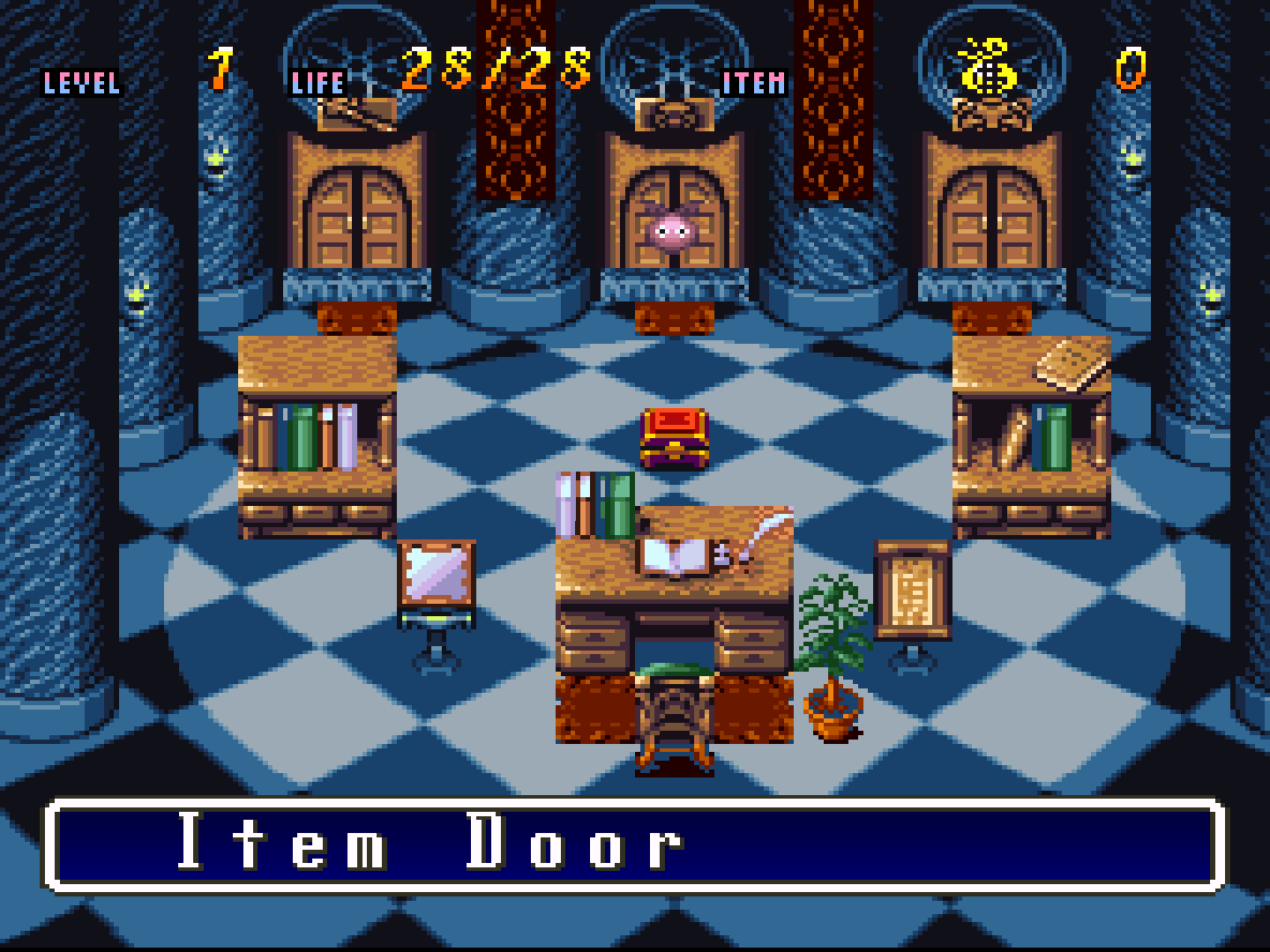 I look inside the Jewel Box. 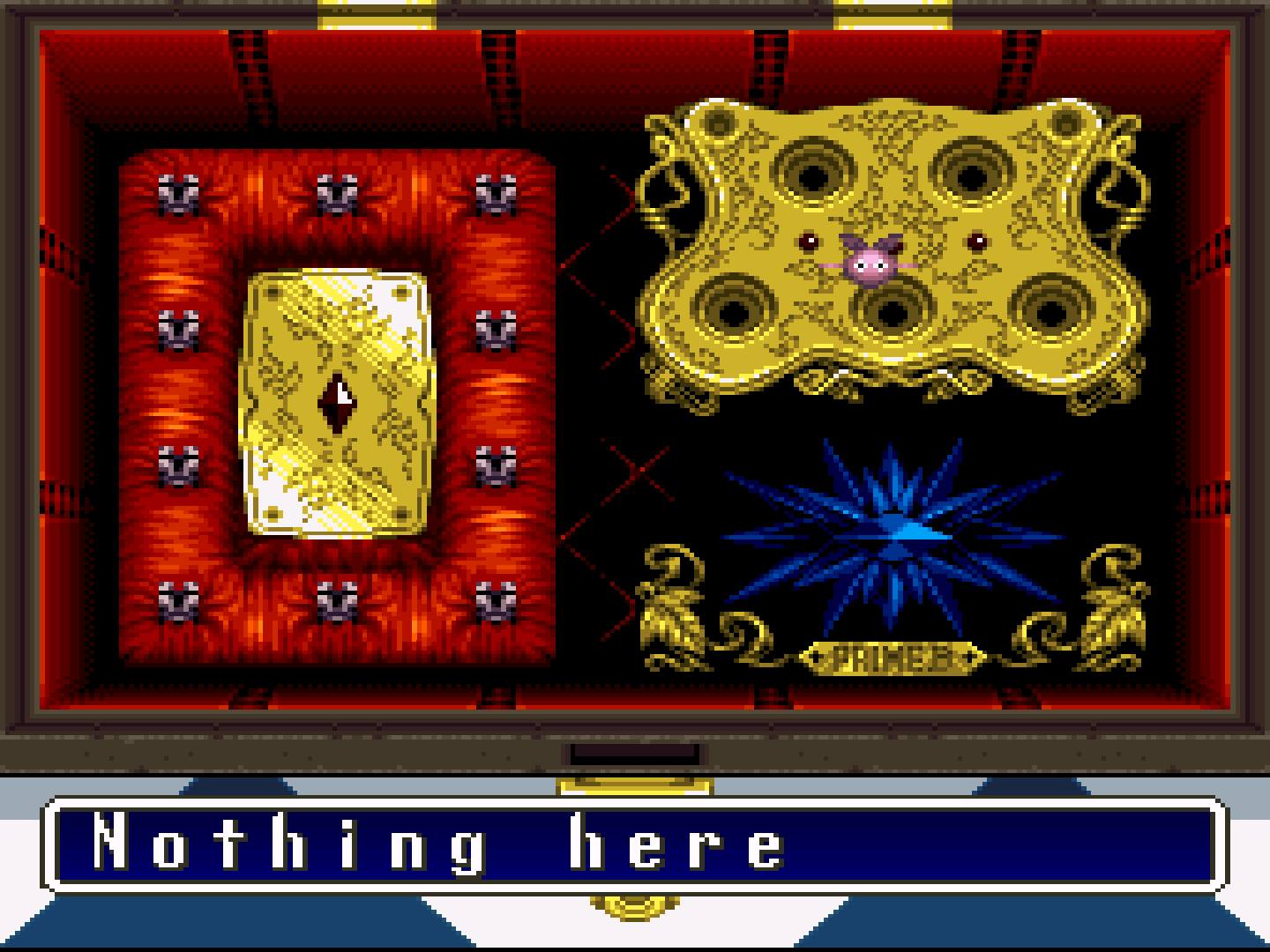 Mmmm, so these are where the quest items are going to be kept...

Looking through the guidebook now, where I'm given a list of the things Ark can do, like crawling and pushing blocks. Ark can even walk on a tightrope!

I look at the attack guide: it seems that Ark has a specialized attacks for certain types of enemies.

The menu is integrated into the story of the game instead of being its own separate thing, I like it.

I stop and save here for tonight, since it's super late now.