Now in a tunnel of darkness... 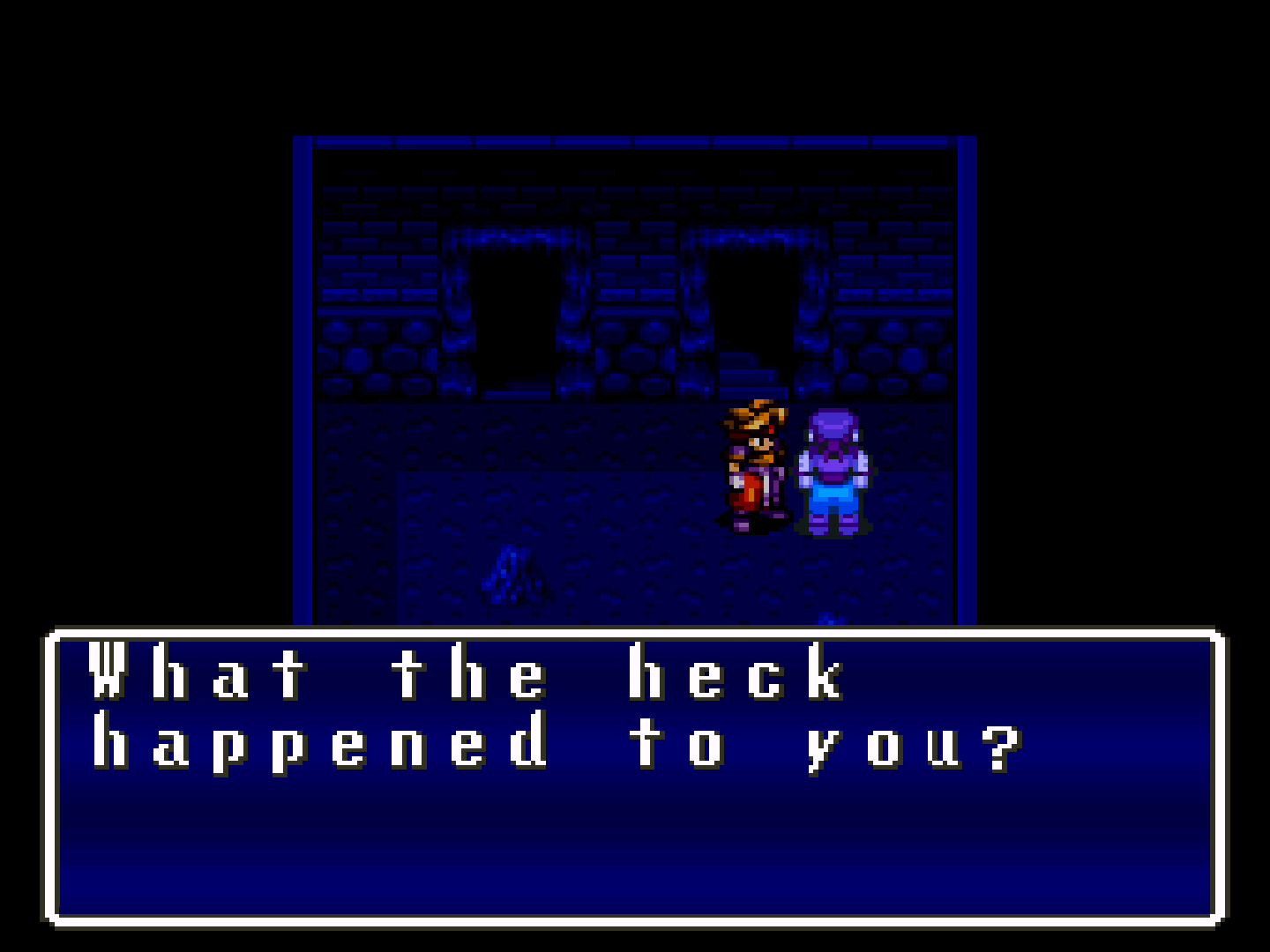 I go back up, where one guy warns me not to go down there. I agree, but there's only one way to go forward and that's down...

Before I do, I save.

Deeper still, I see the other two guys, who are also frozen.

Down one more flight of stairs, the voice calls again. 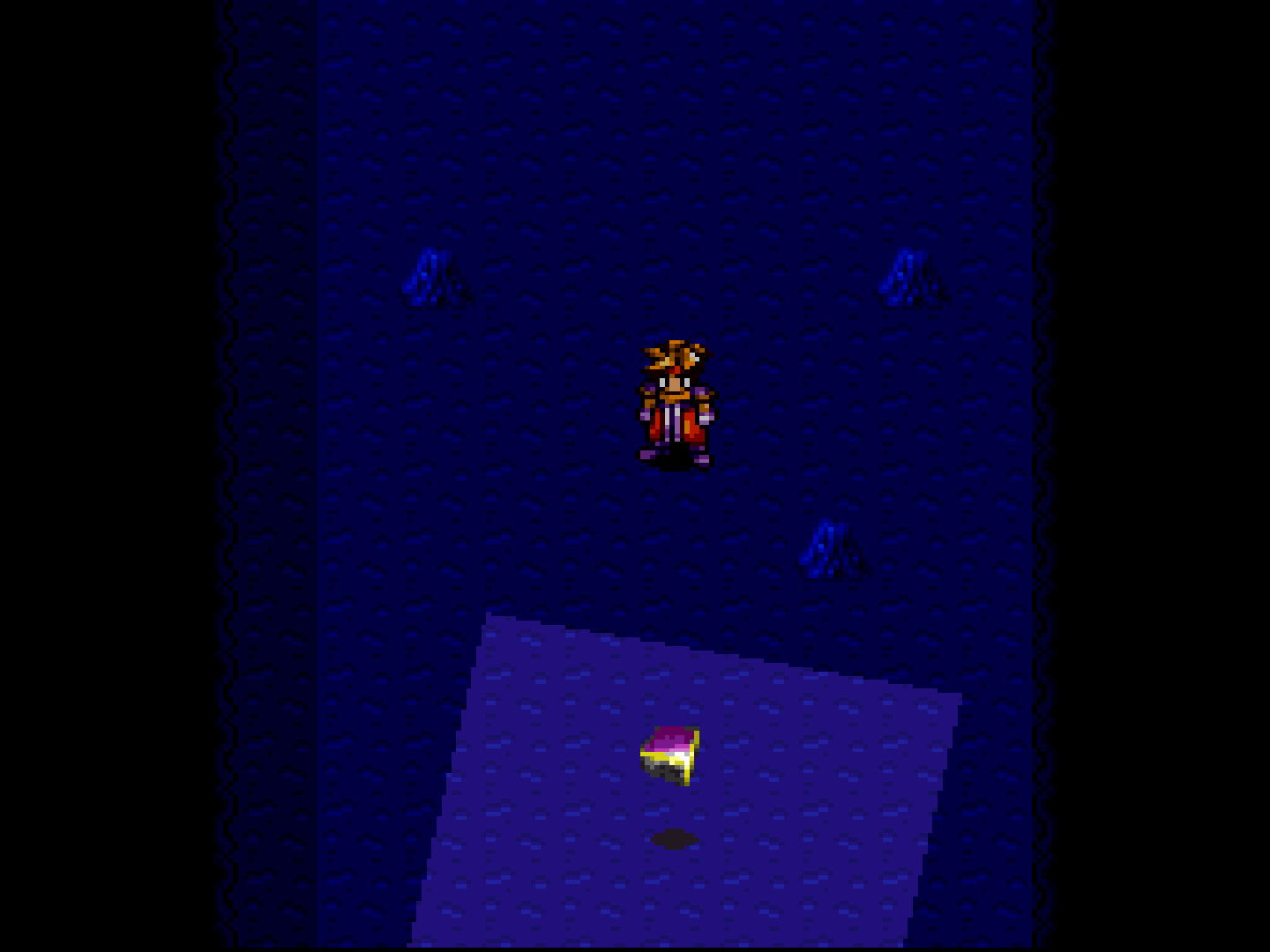 I go forward, where touching the spinning gem bounces Ark back! 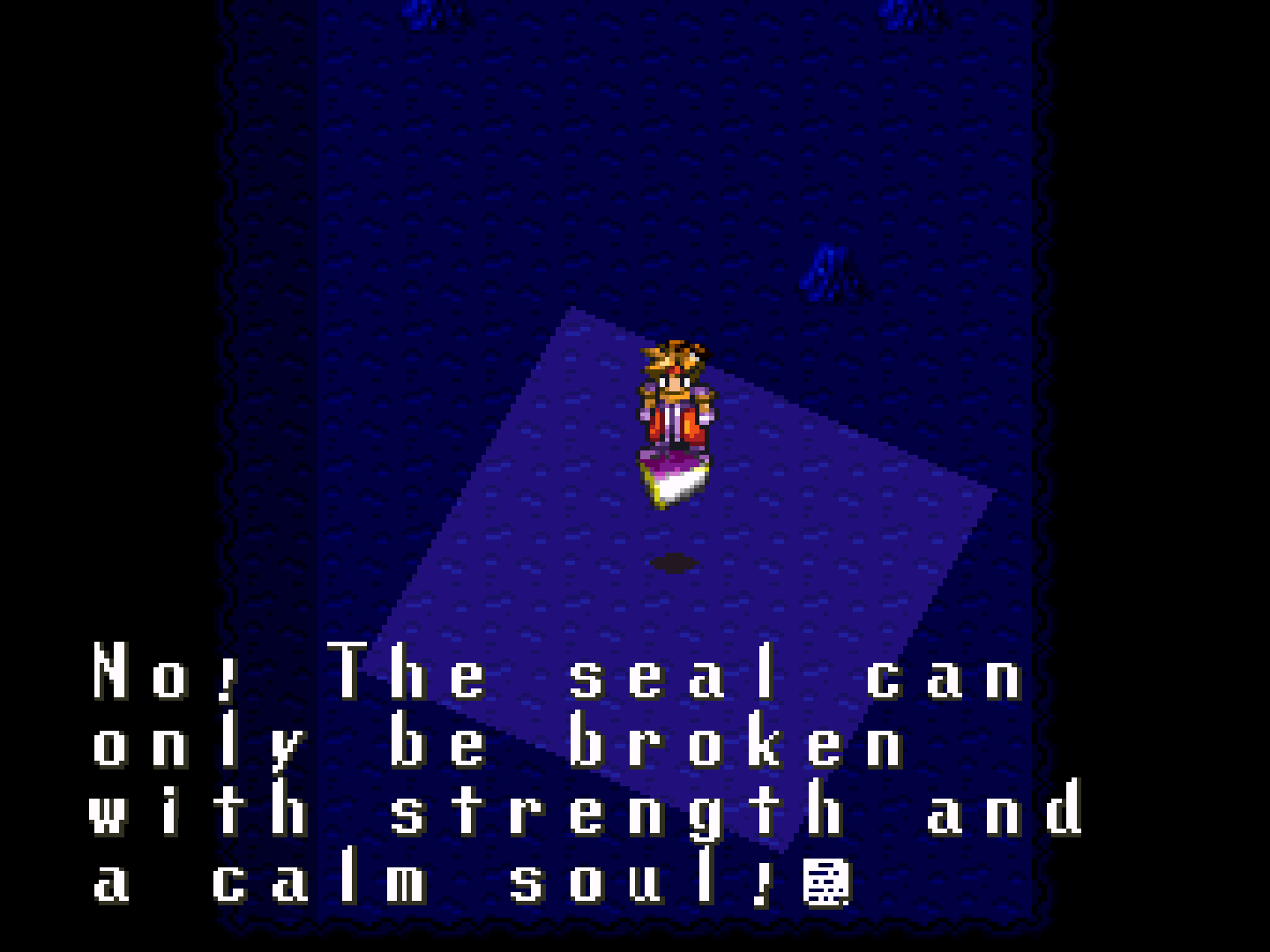 A flash of light, and a flying creature appears! Is it harmful? 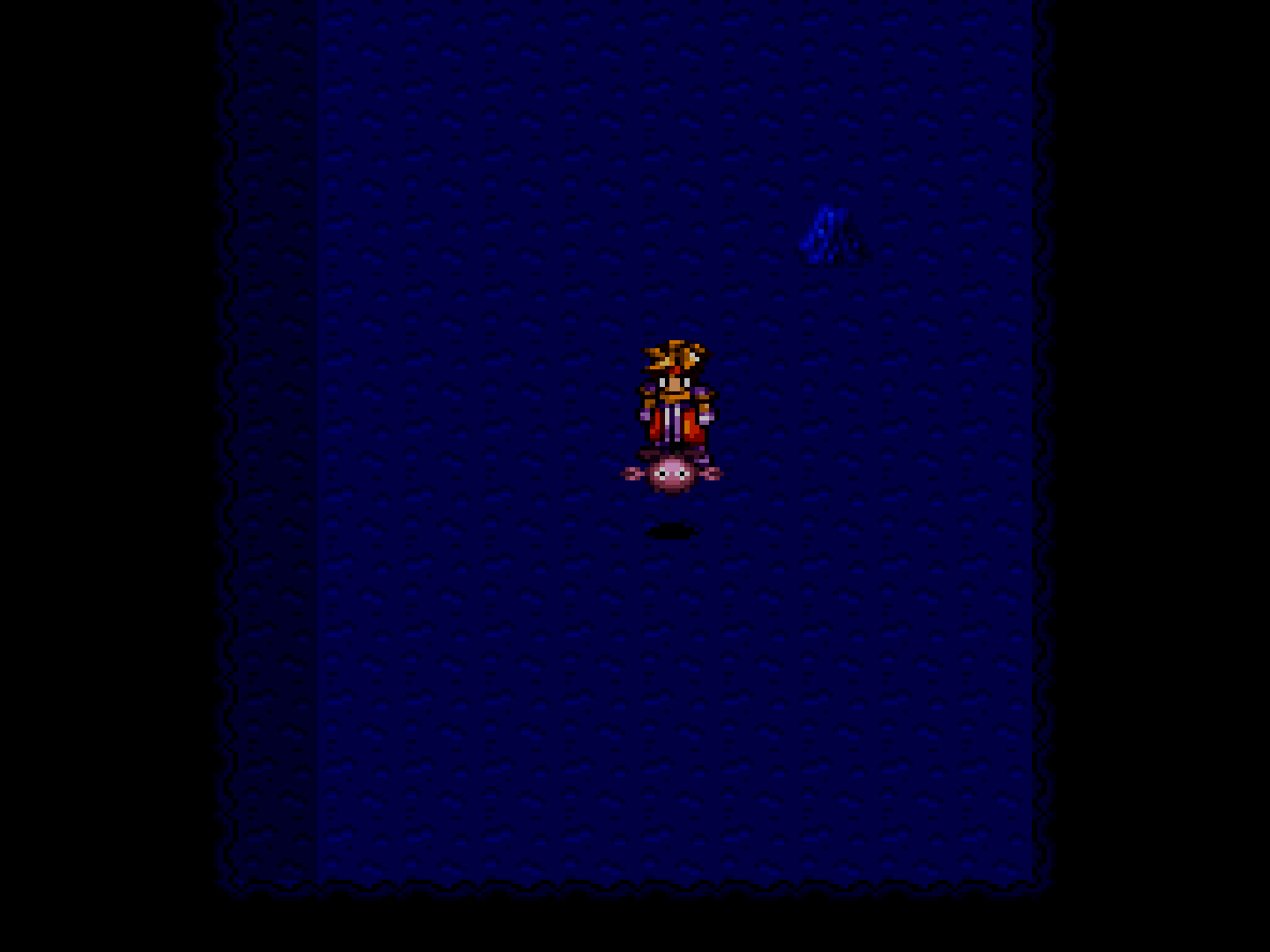 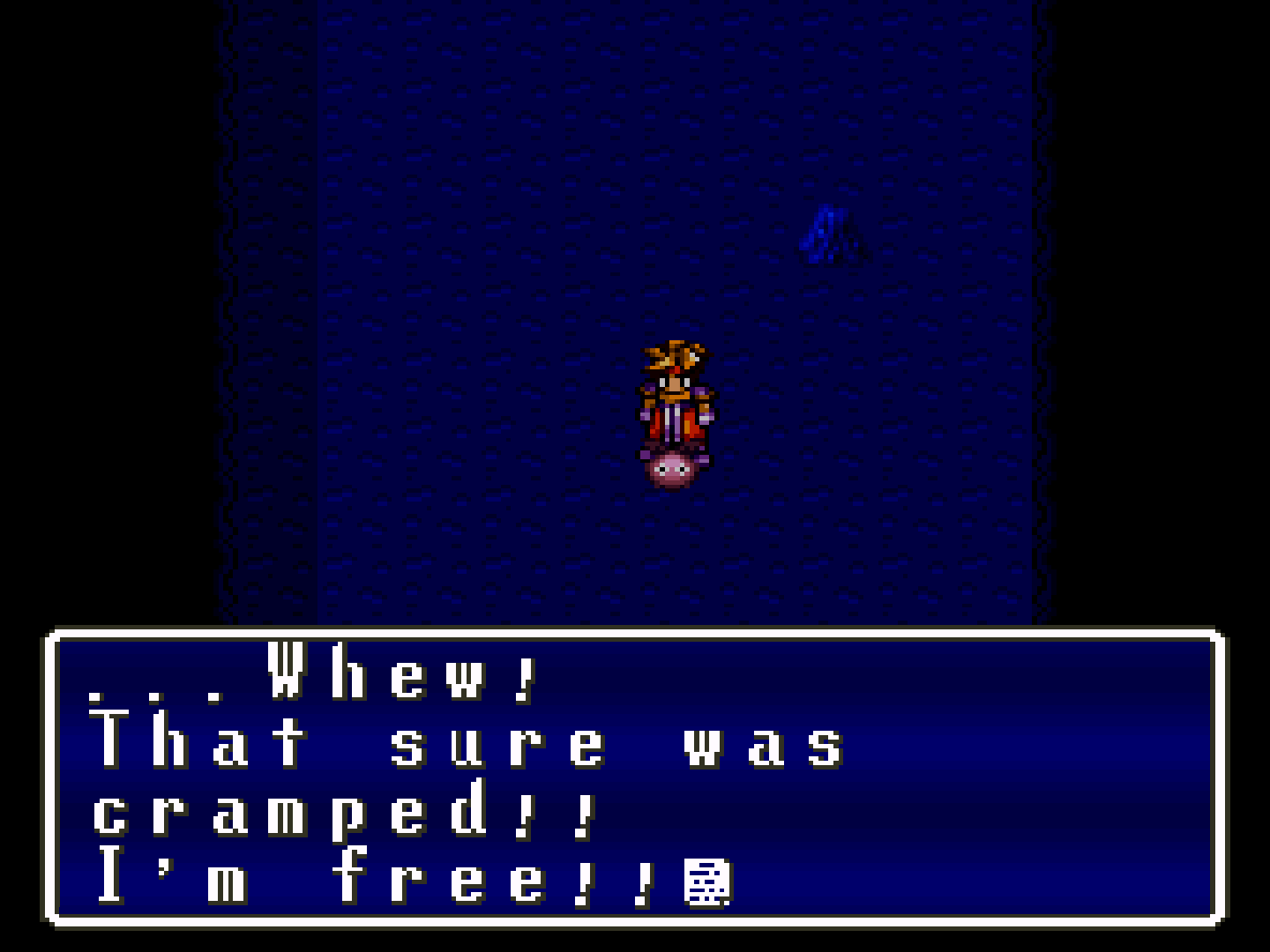 Ark: "W-what is this!? It spoke!"
Creature: "You got something against me talking?" 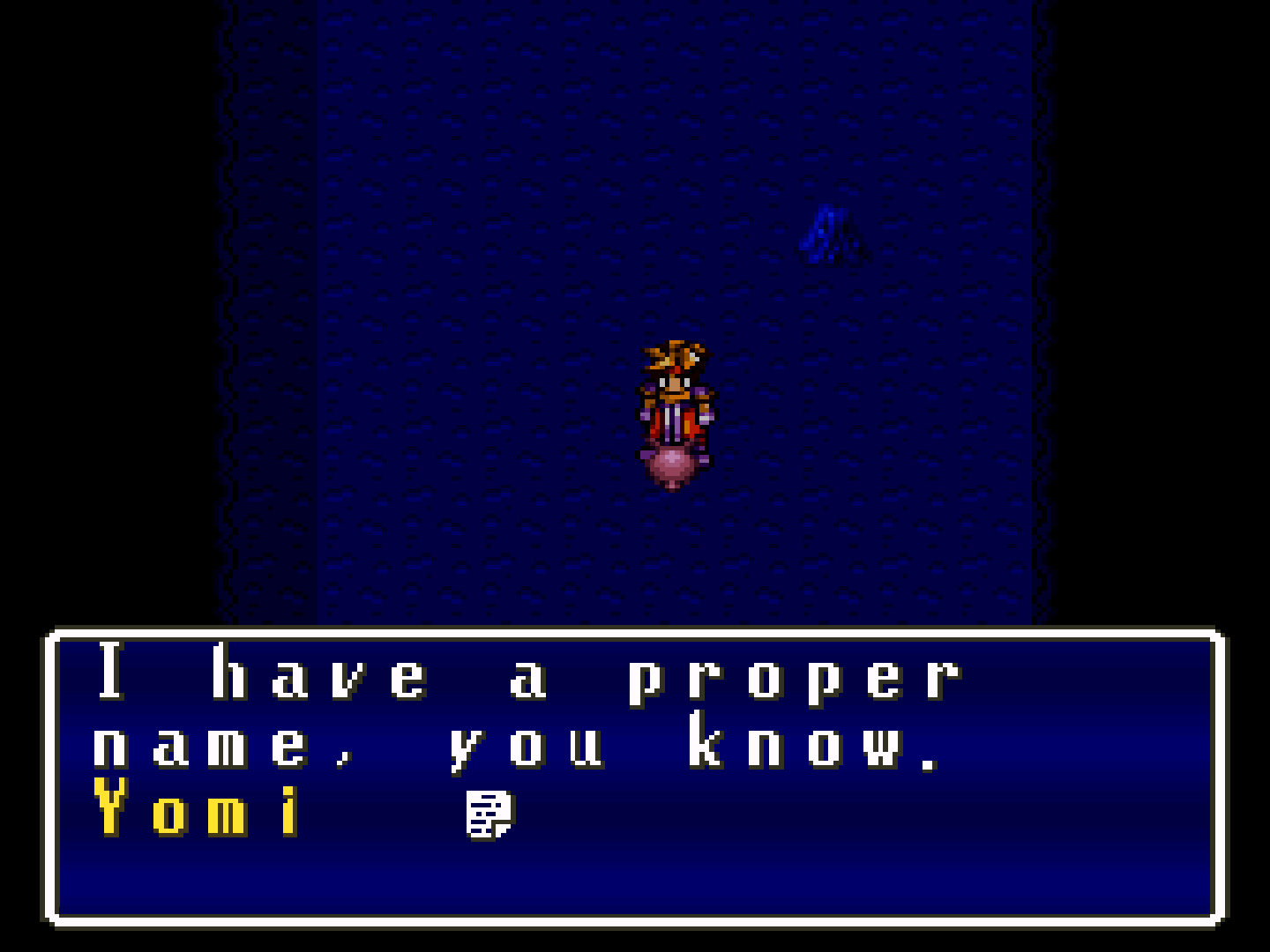 Ark thinks the Elder kept Yomi locked in a box because of how unusual Yomi looked. 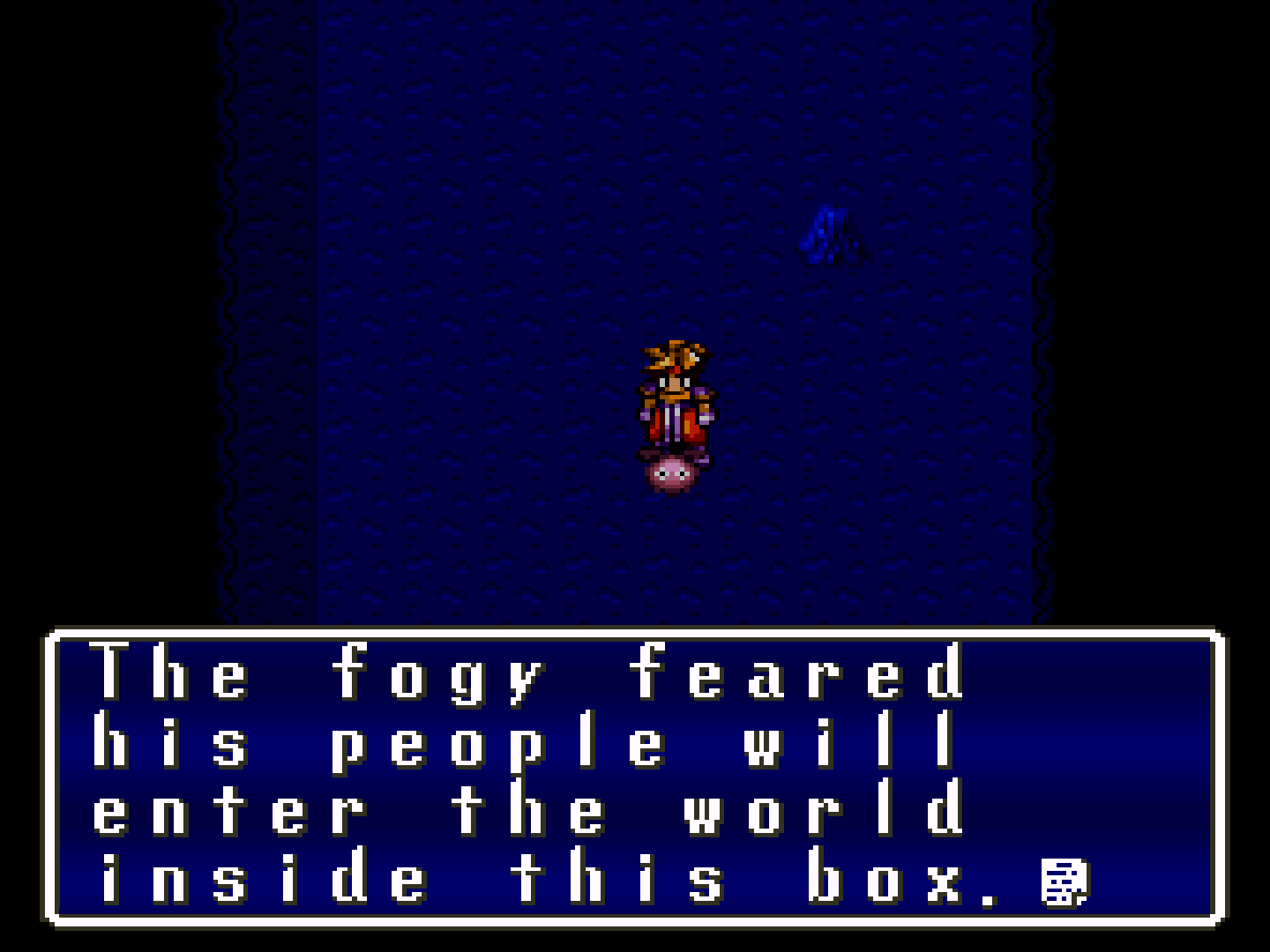 A world inside the box?

Ark asks about the box that sealed Yomi. It's in Ark's hands.

Yomi: "Whoever breaks the seal on the box gains the right to own it. From now on, you can go to and from inside the box by pressing the Select key."

Yomi decides to take us inside the box.