A bit more prepared, I face that scorpion once more!

Not wasting time, I decide to strike its right claw again!

Unfortunately, the overgrown scorpion whittles Ark's health down to half!

I go to the menu and plan out my next move, equipping and checking the jewel box since I have different rings to wield. 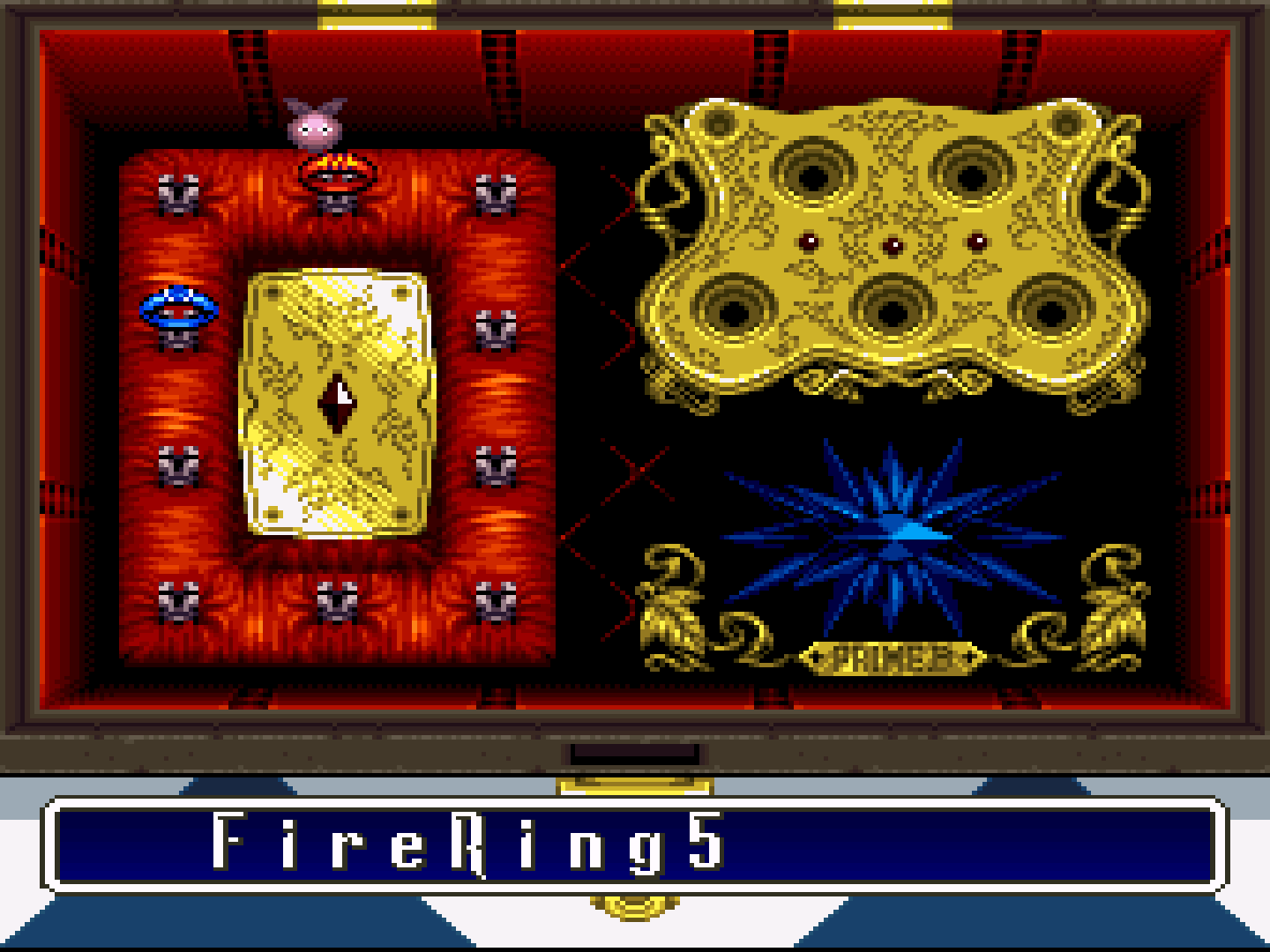 Using up most of the Fire Rings to take out the scorpion's claws, the boss retreats!

I seem to have this fight in the bag. I have to watch out for that barbed tail, though...

After a few hits, we manage to break the carapace of the scorpion's face!

I have Ark use a slicer attack on the scorpion, moving left and right!

In between attacks, I recover Ark's health since he keeps making contact with that tail!

After a few slicer charges, the fireworks display, though a second long, happens! 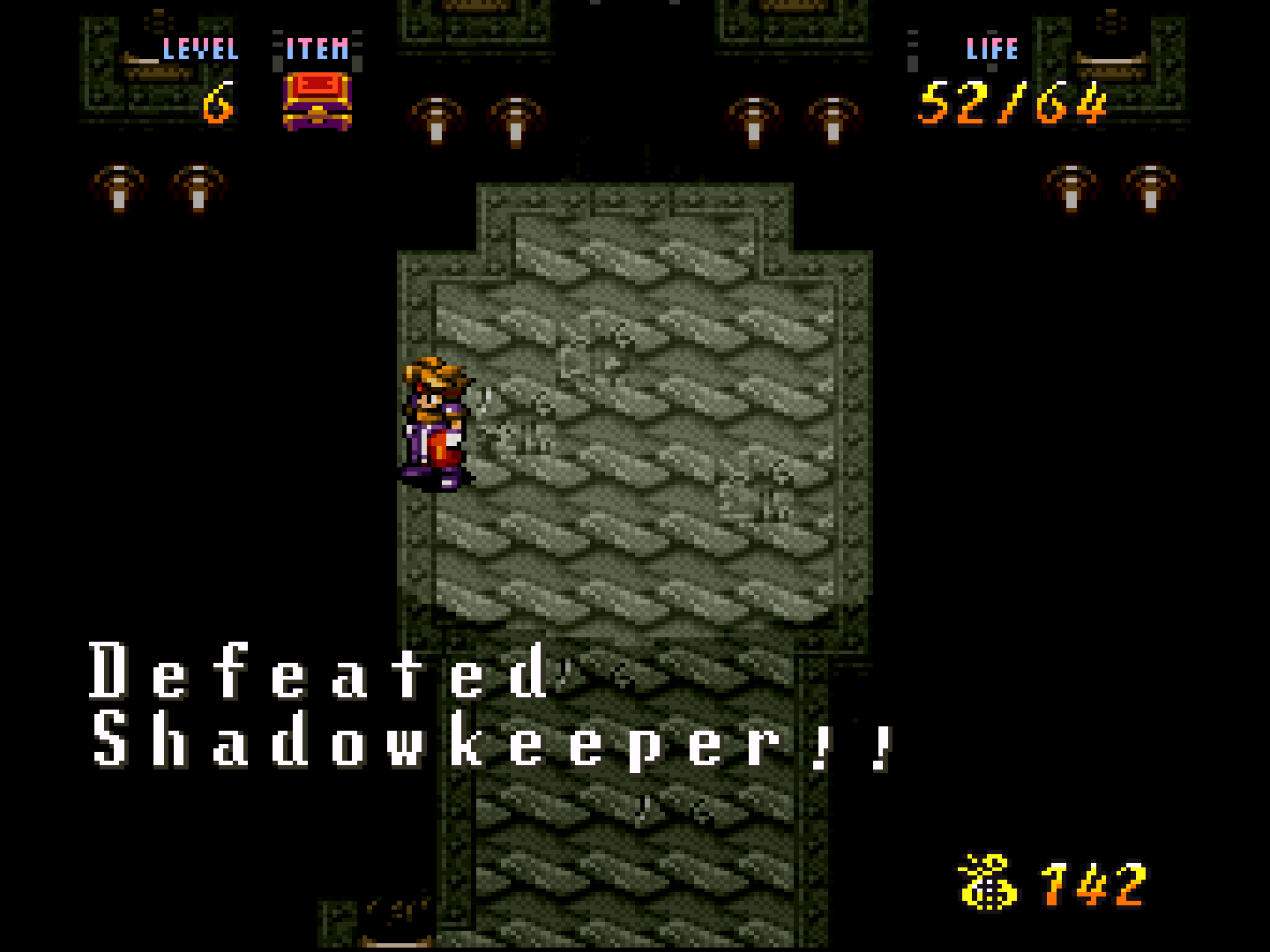 So that's the scorpion's name...

The Guardian speaks to us once more.

Guardian: "Ark. You have done well to overcome your challenges. Your real journey begins today. You shall return to the Elder."

Wait, how does this Guardian, and I'm thinking, all the other Guardians, know the Elder?

Before leaving to go to him, we finish reviving the final continent! 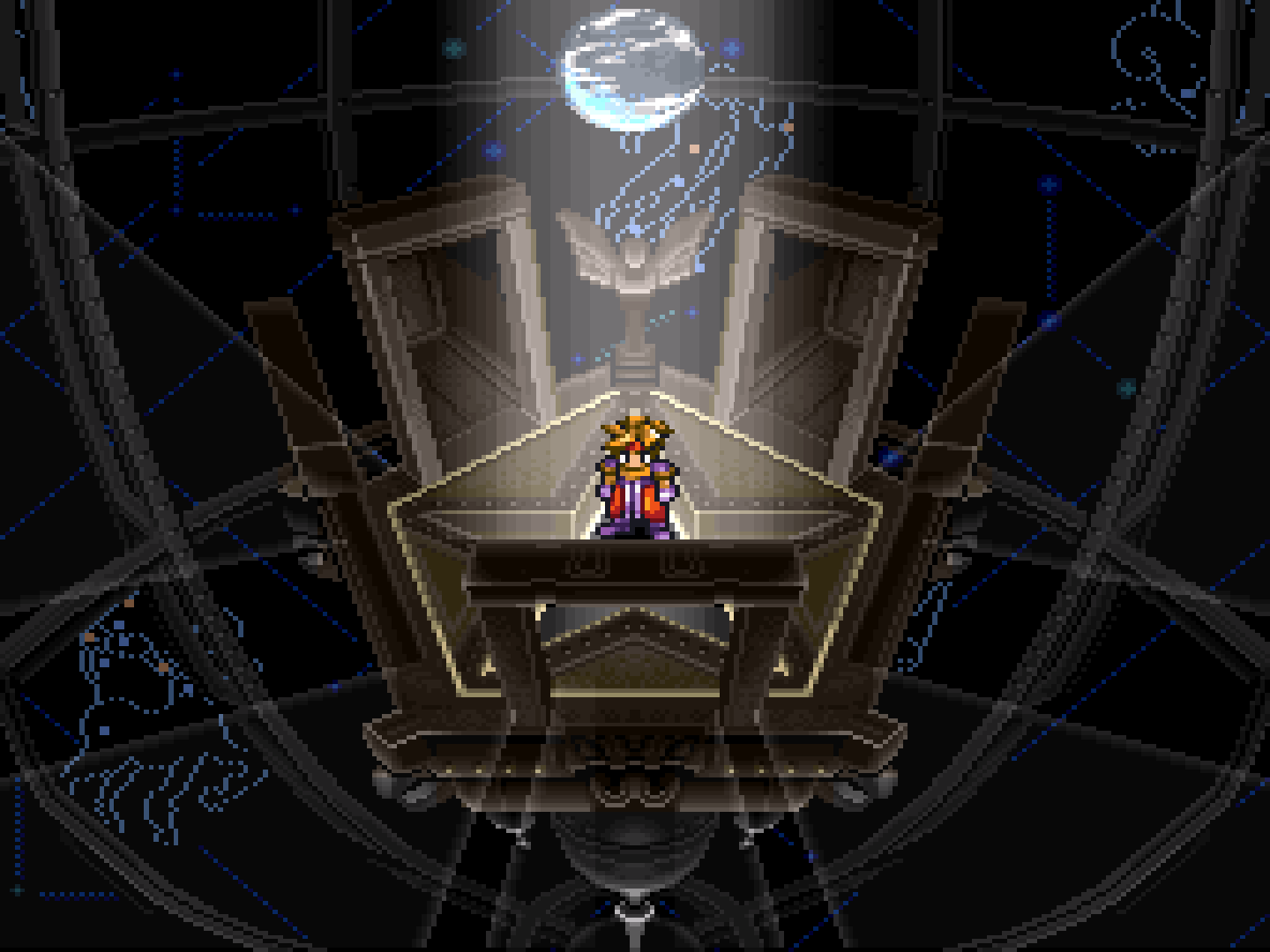 Is it Antarctica, or Australia, that will be revived? 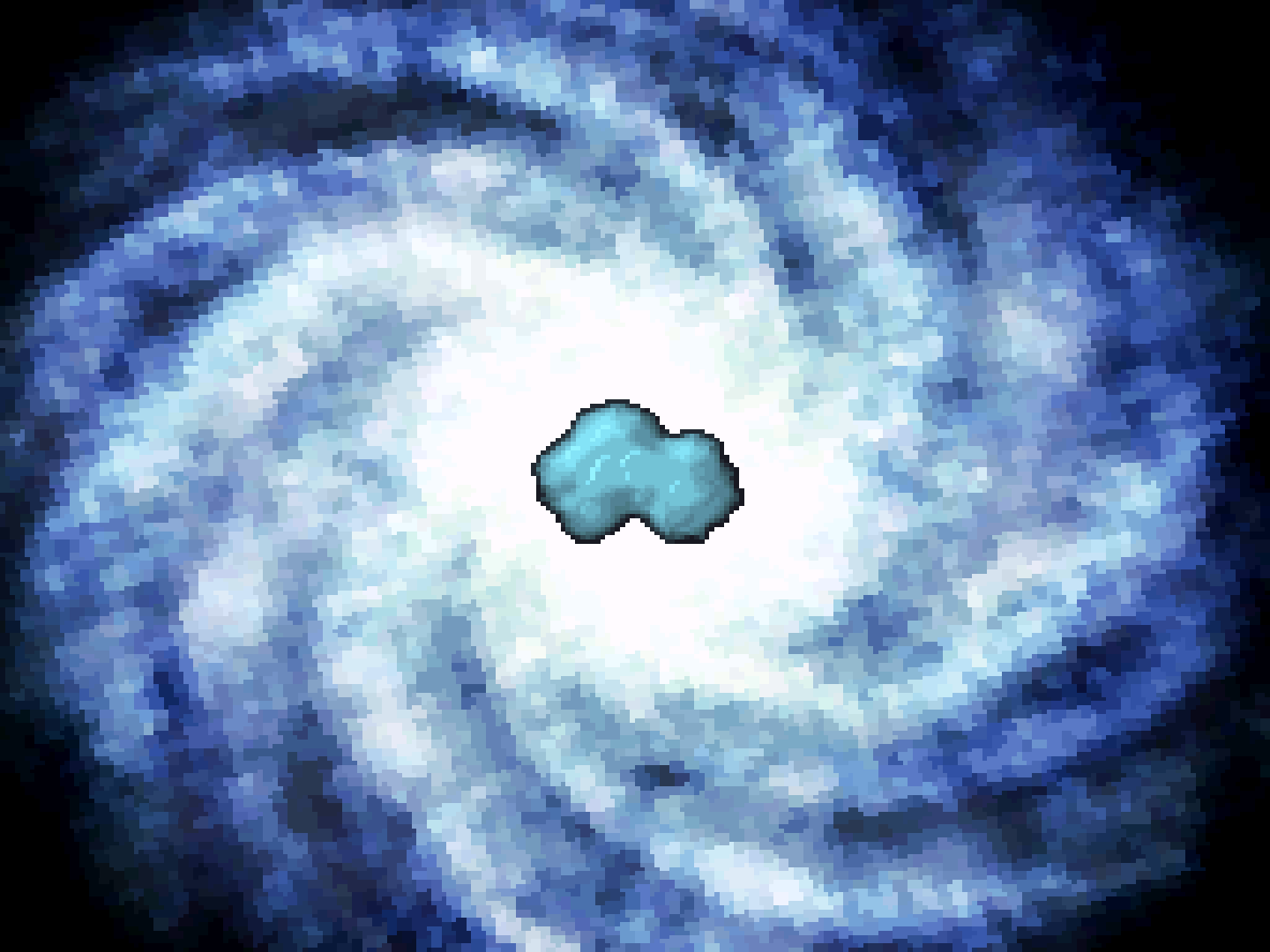 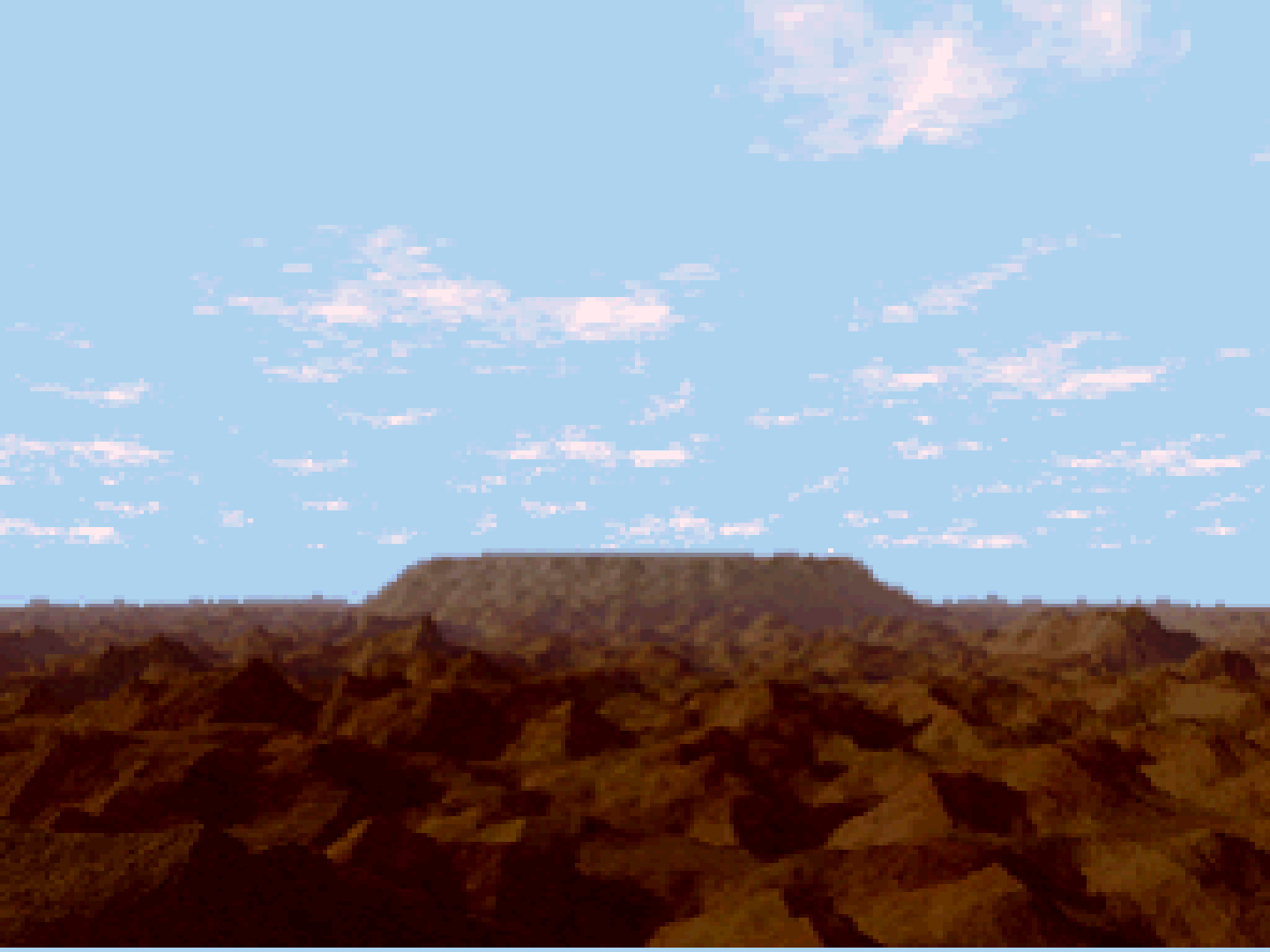 Days and nights move so fast in this scene... 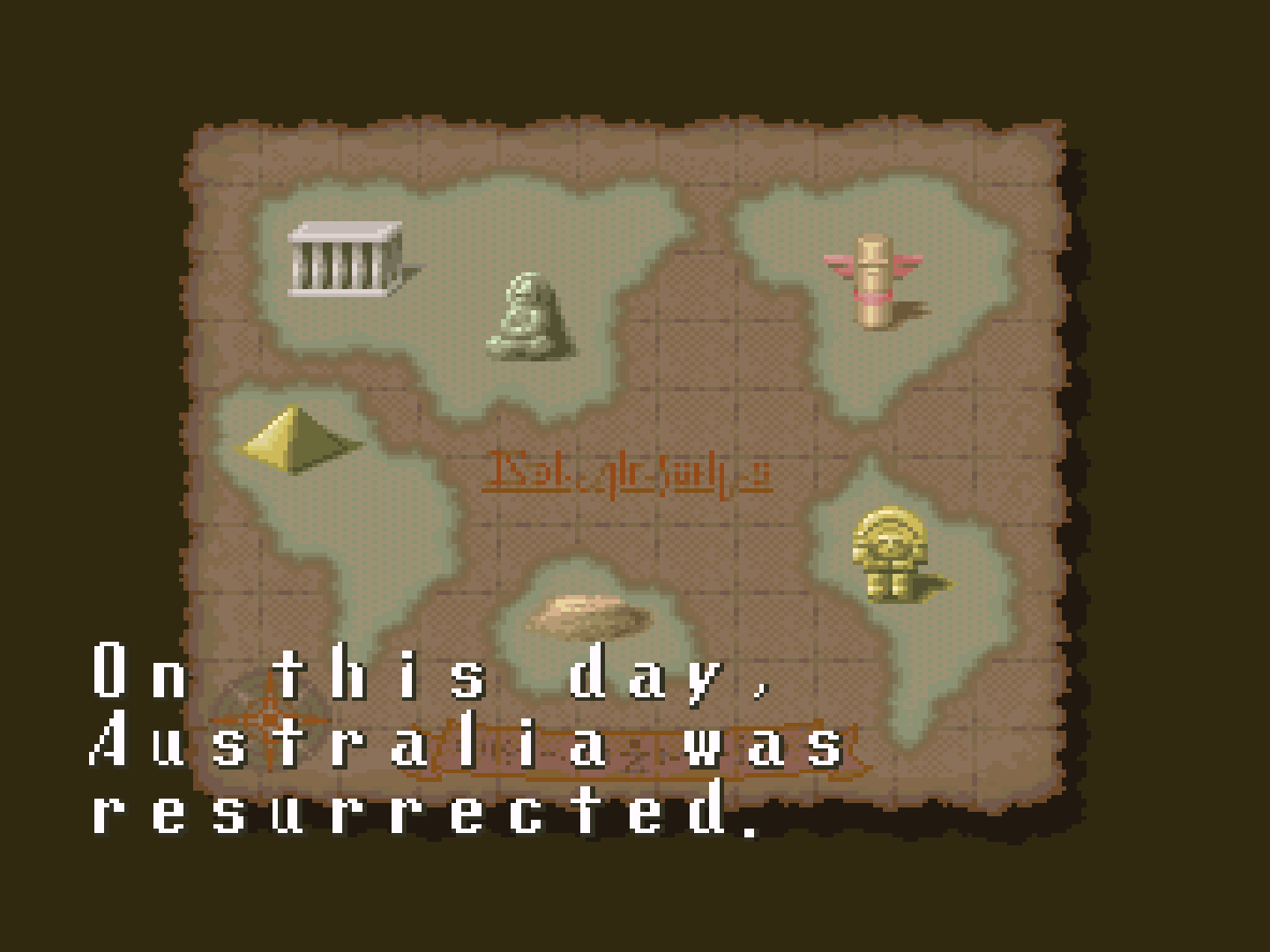 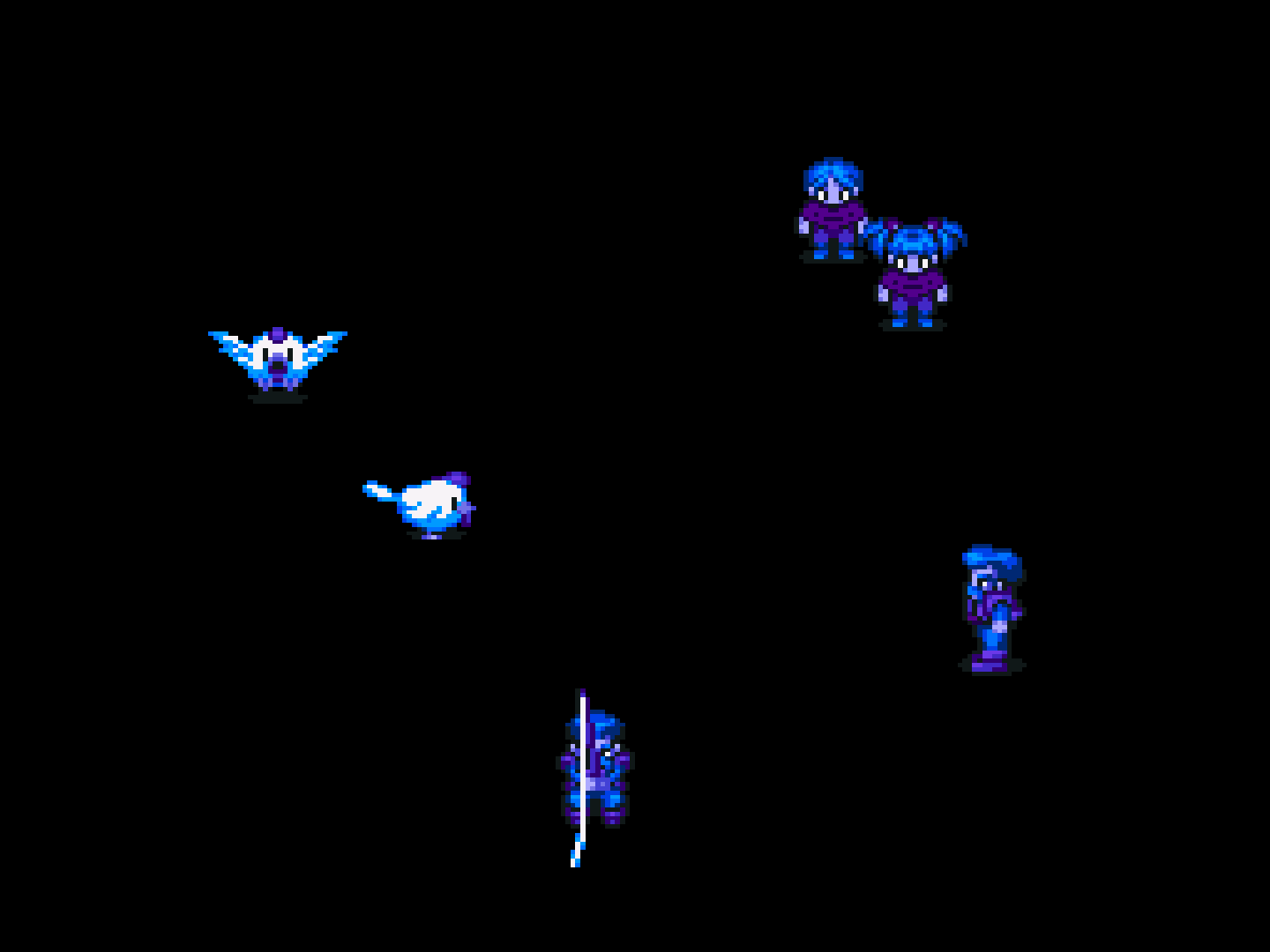 The rest of the villagers are now unfrozen!

It takes awhile to return to the village...

Talking to the villagers now, the fisherman's noticing that he fell asleep...

Others notice something else too, notably, seeing Ark in the crystal blue. 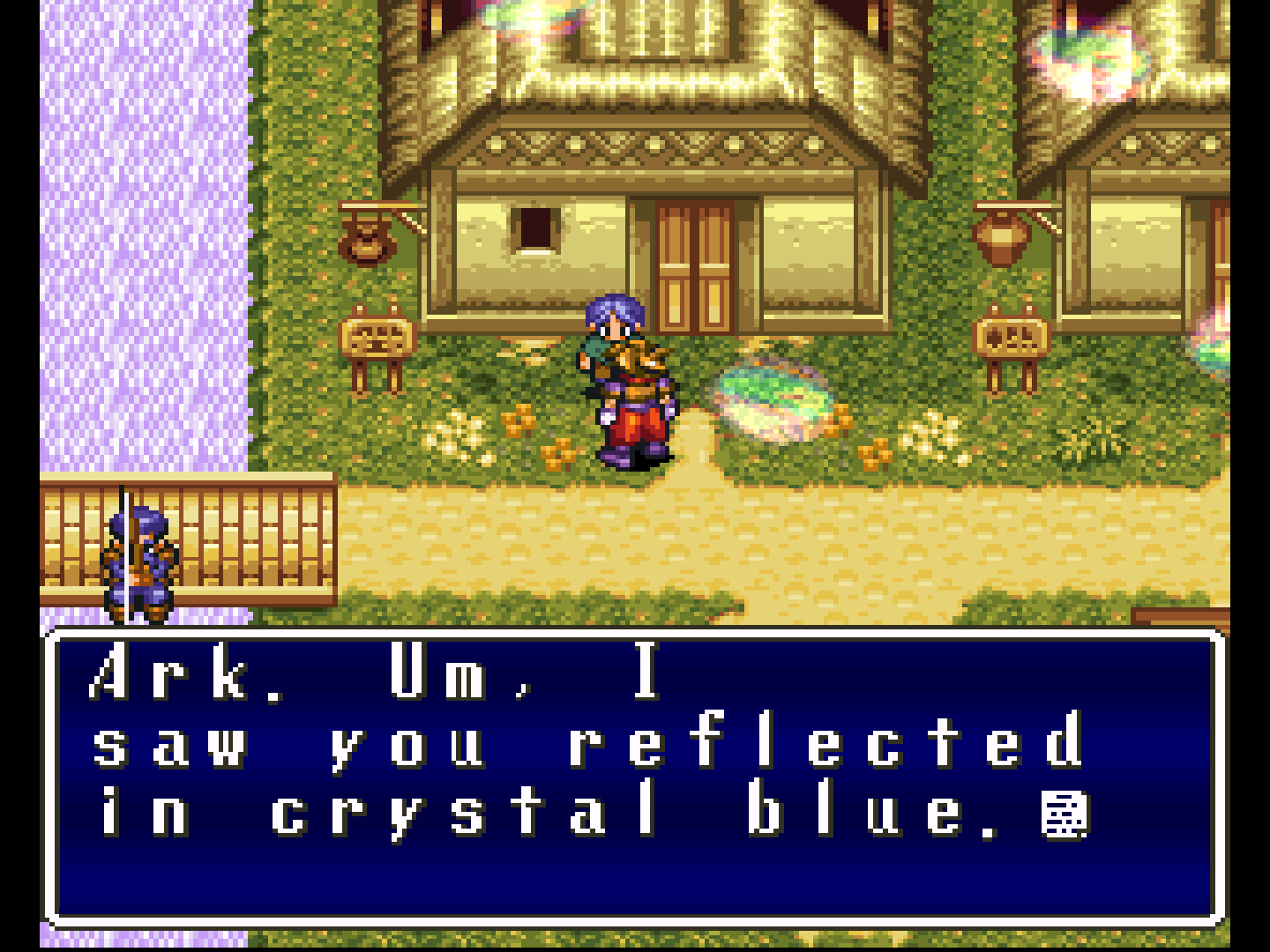 Boy: "You were fighting monsters with all your might. You were great!" Is that a vision of what's to come for Ark? Or did he actually see Ark do all that in the tower while he was frozen?

The farmer thought he caught a cold during his time as a frozen statue.

The kids congratulate Ark for rescuing them.

One of the twins thinks he's leaving for good...

The other twin thinks that Ark and Elle are leaving "far far away."

The man at the pond noticed Ark's "grown up all of a sudden." Character development, yay?

I save before facing the Elder.