The shot from the Guardian bounces off the cape, yes! 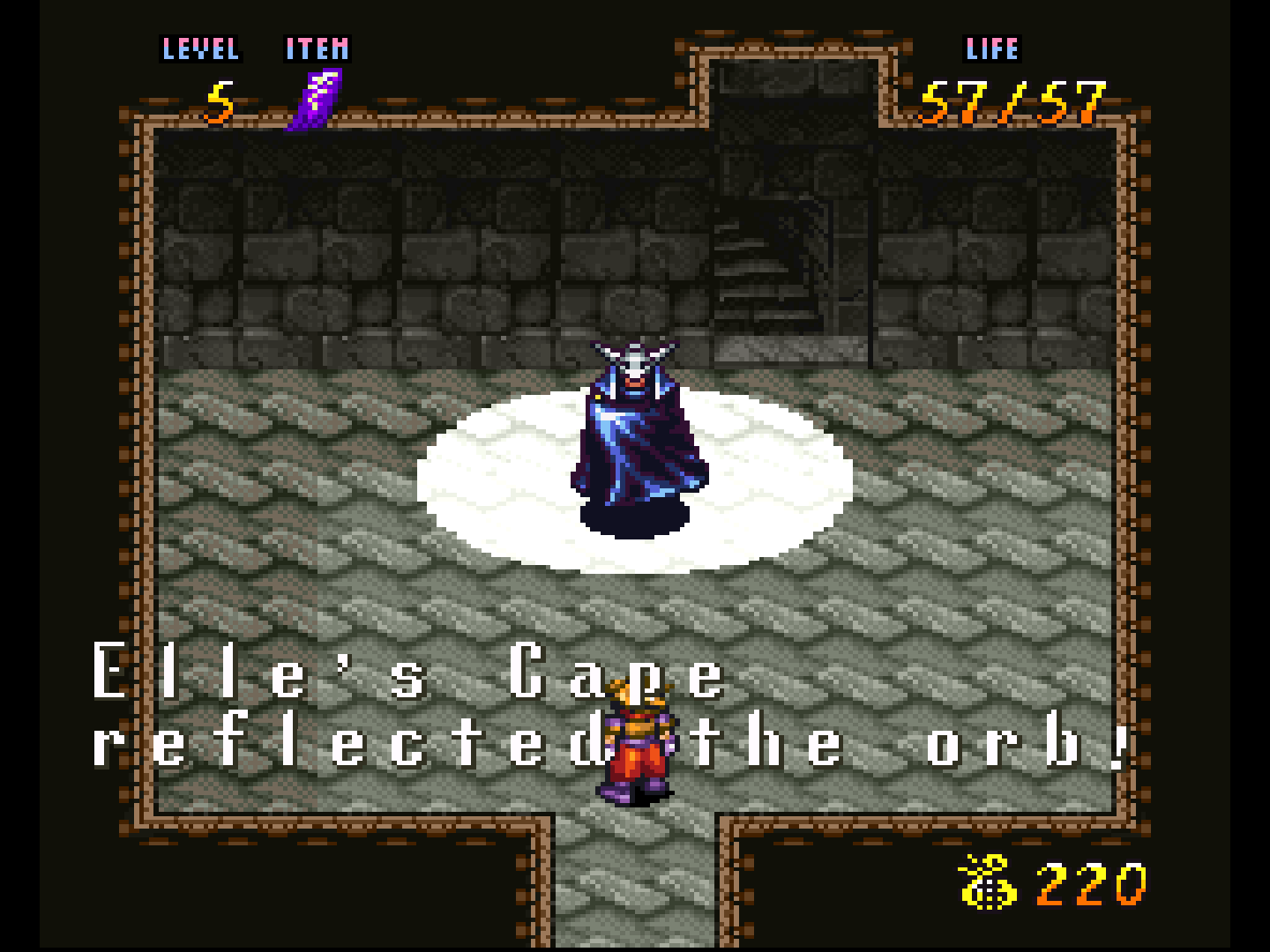 We head up the stairs, where Ark levels up after taking care of another flame orb!

I check our map, where, instead of a question mark at the top floor, there's a sword icon. I'm guessing we're going to face a real boss once we're at the top... 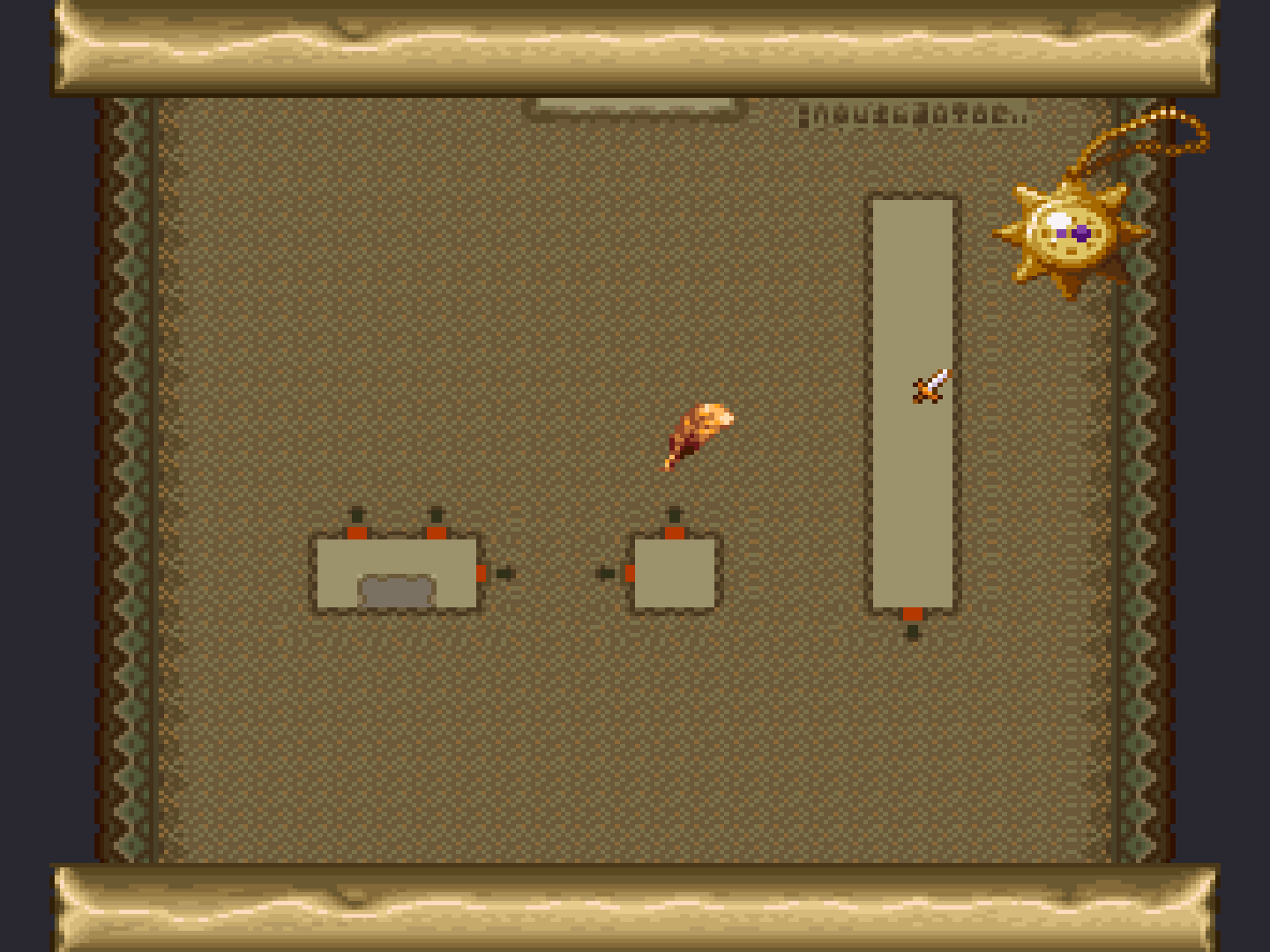 It's an easy climb all the way to the top, similar to those pagoda fights.

From a walkthrough video online, I find out how to take care of the Guardners. I have to jump and then attack! 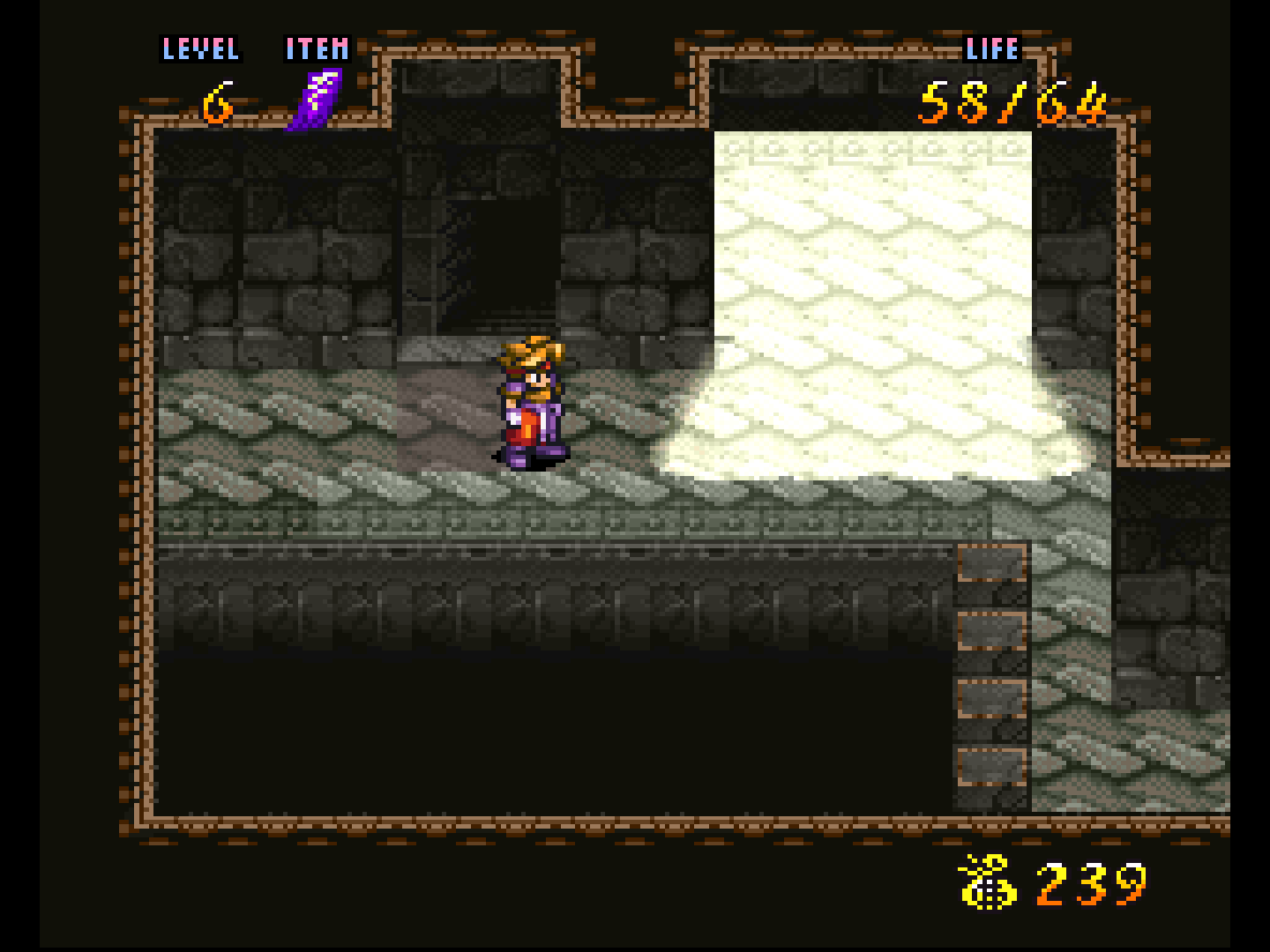 I see the beam of light heading out of the tower, but out of curiosity, I explore the corridor east past the chasm.

The fifth Guardian awaits me. 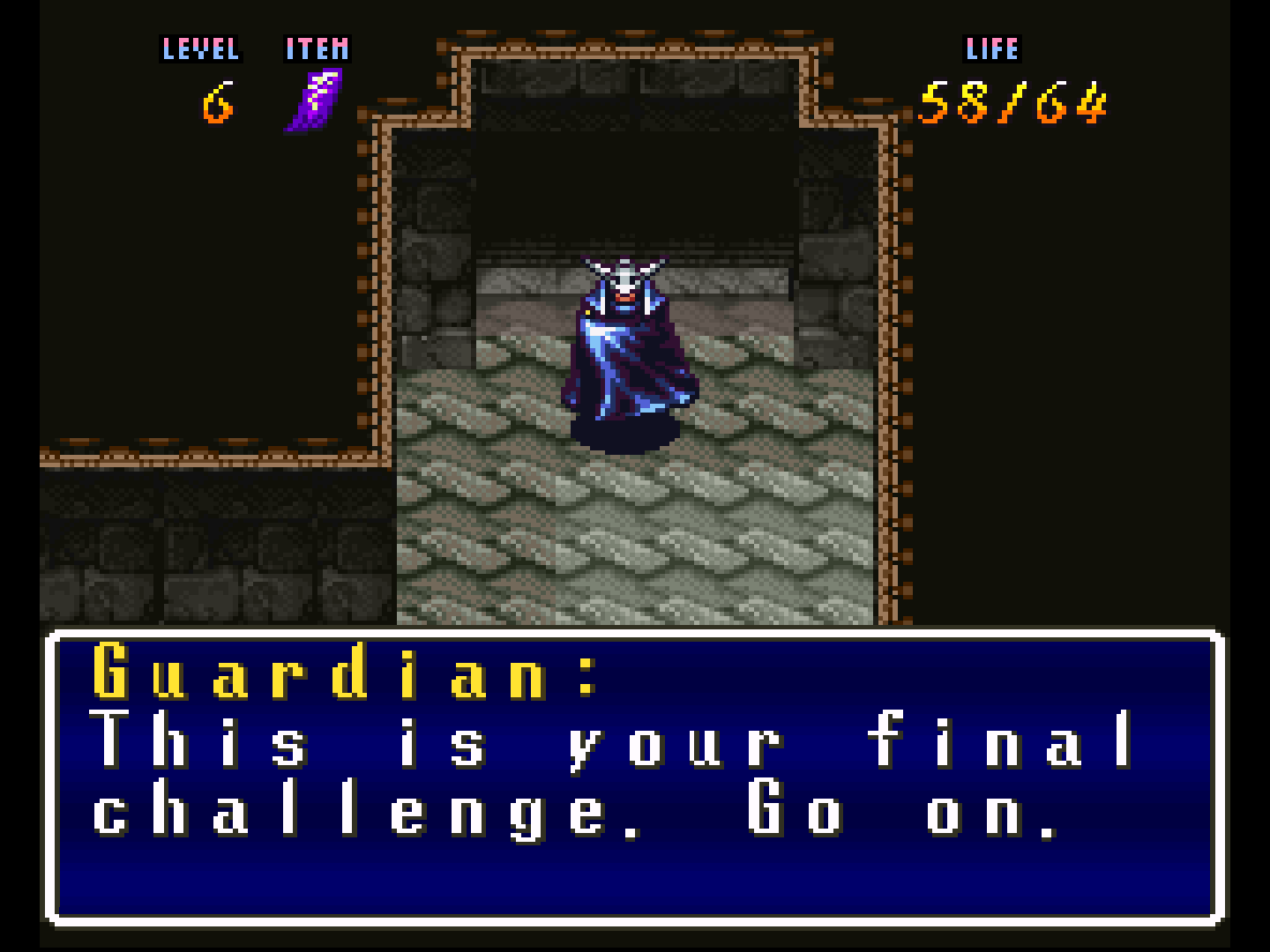 Instead of going forward, I turn back.

I see what that glowing passage leads to, and I pay the price for my curiosity. 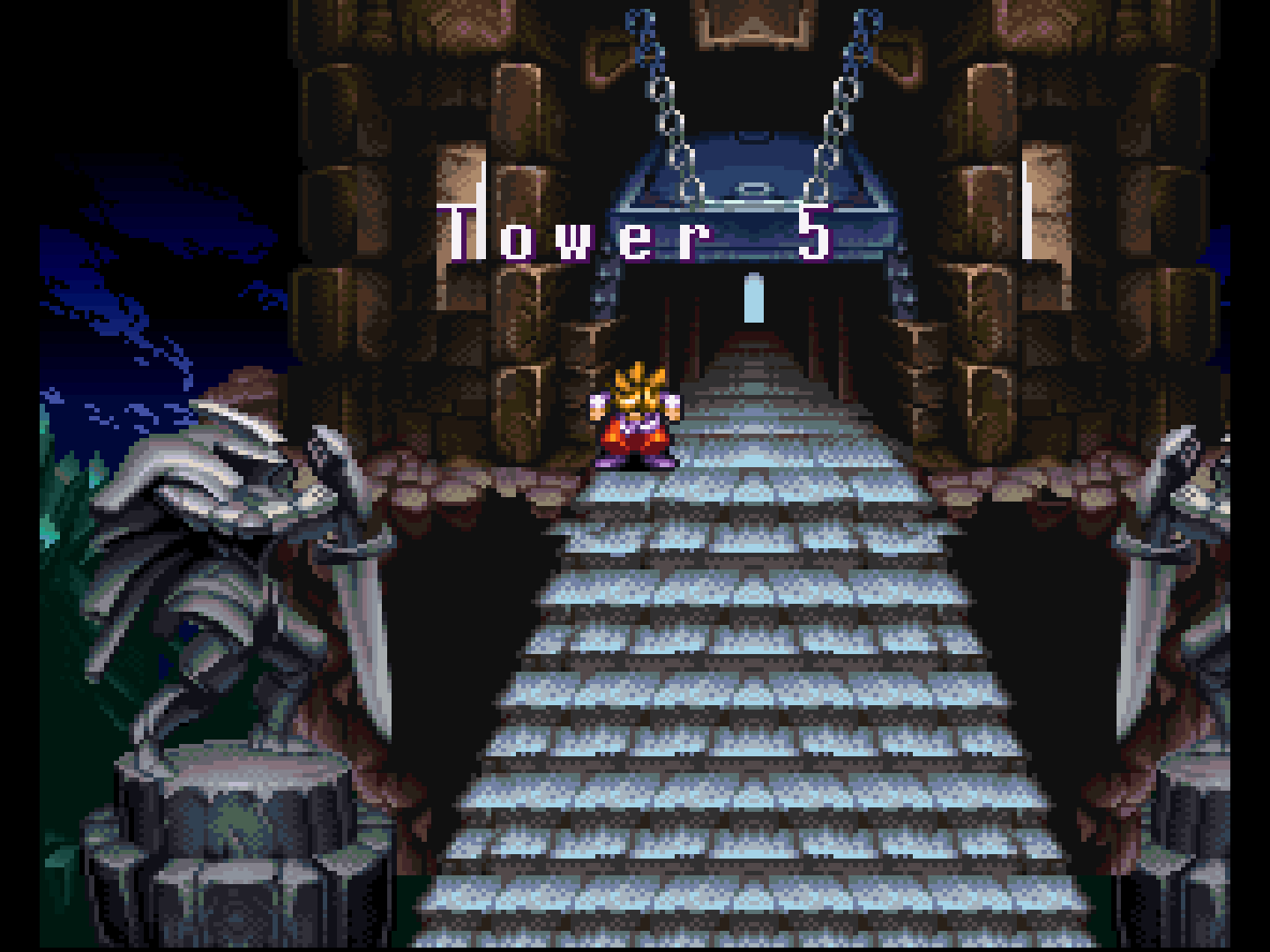 I pause the game for a bit since the battery on my phone's getting low.

Up the tower we go!

Inside the room now, where everything's dark. 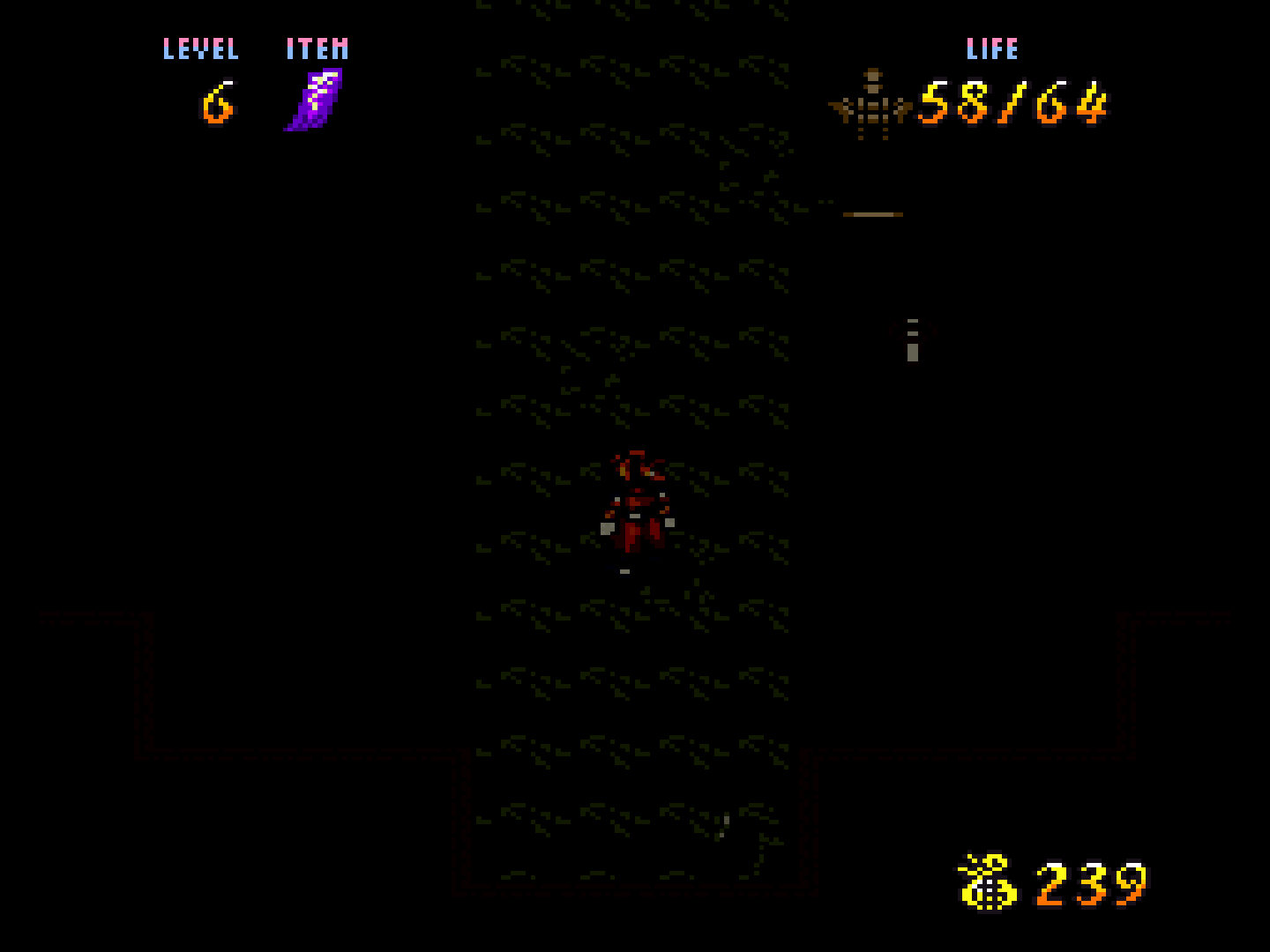 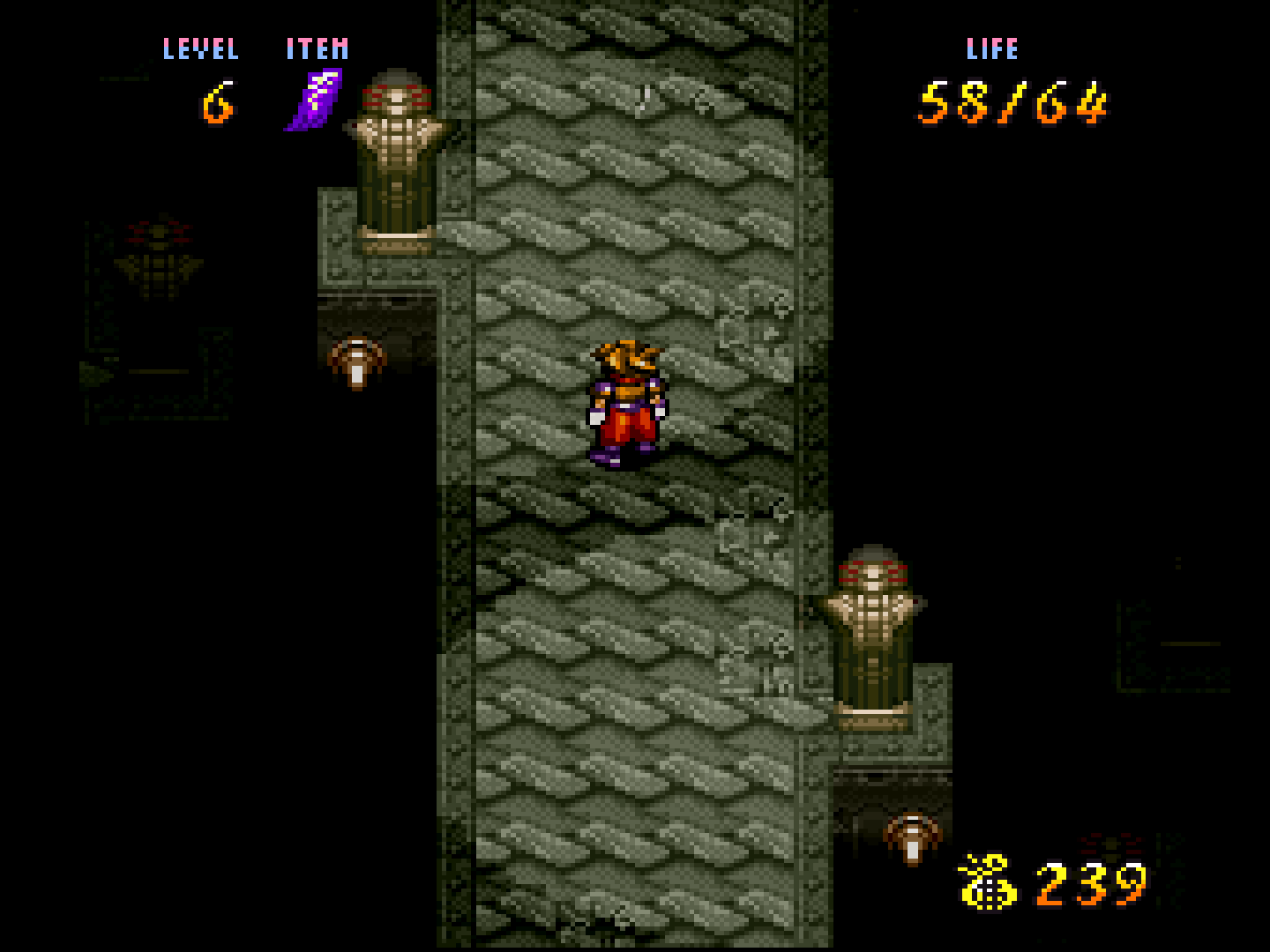 At the end of the corridor, holy heck!

A portal opens, and a massive scorpion awaits us!

The scorpion can be targeted three ways: its two claws, and its head.

It also fires green darts at us! As the scorpion moves forward, it's using its claws to shake the whole hall!

The scorpion can also take out lanterns!

I end up using up most of my recovery items since this scorpion's hard to dodge!

With some patience, I take care of the left claw, and end up in a spot where I can safely attack the right claw!

But, the scorpion has one part up its sleeve: the stinging tail!

The scorpion retreats, as its darts and its swinging tail keep attacking us!

Unfortunately, Ark falls, and I get this grim message, the words appearing slowly: "Ark's senses faded away..." *shudders*

I take a rest since it's late already.