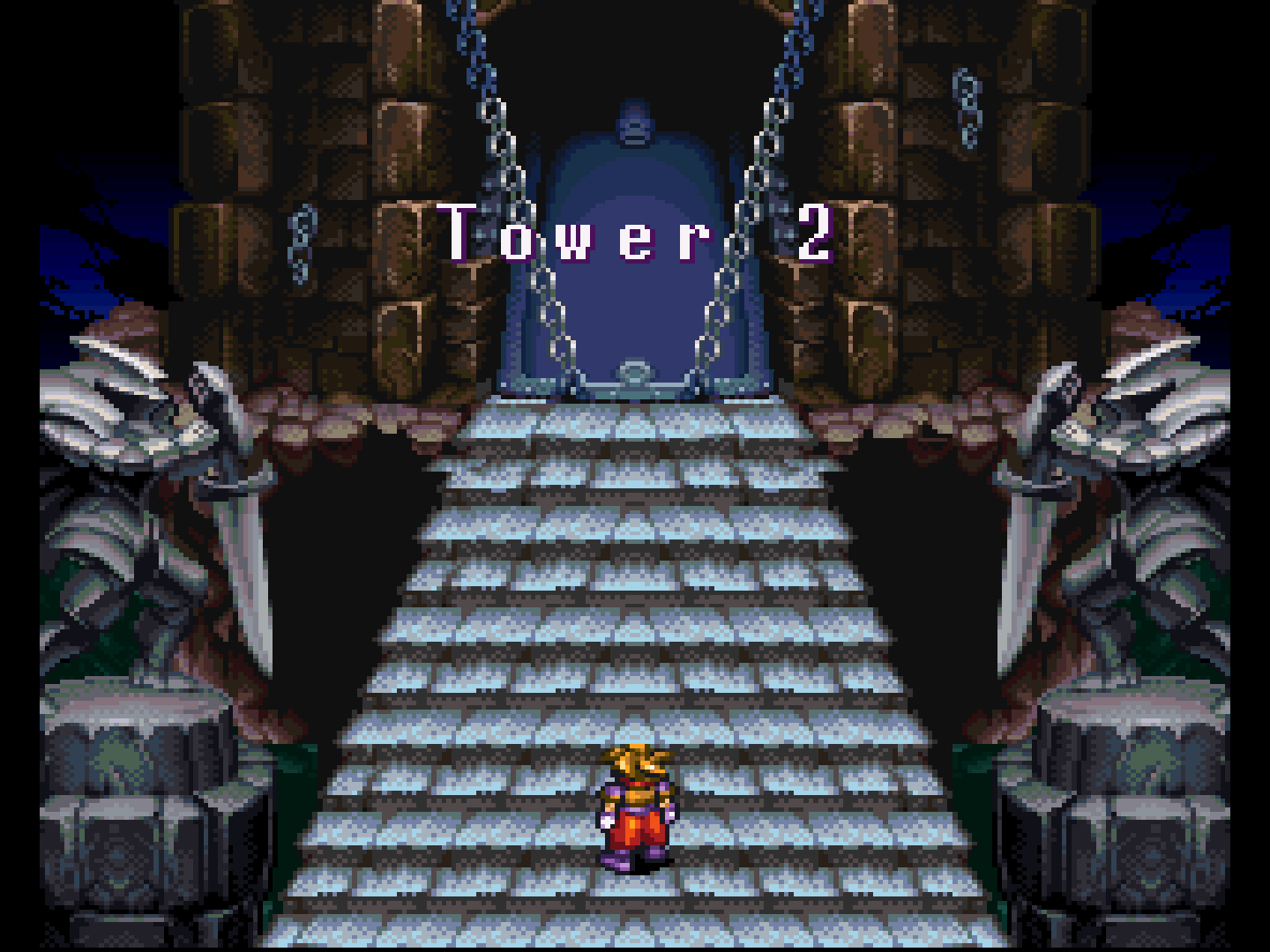 It's still the same as the first tower on the outside.

The theme for the second tower sounds different. No, it's probably because I turned down the volume when I played through the first tower that I couldn't hear the tower theme properly.

Yep, this tower's still not scary... 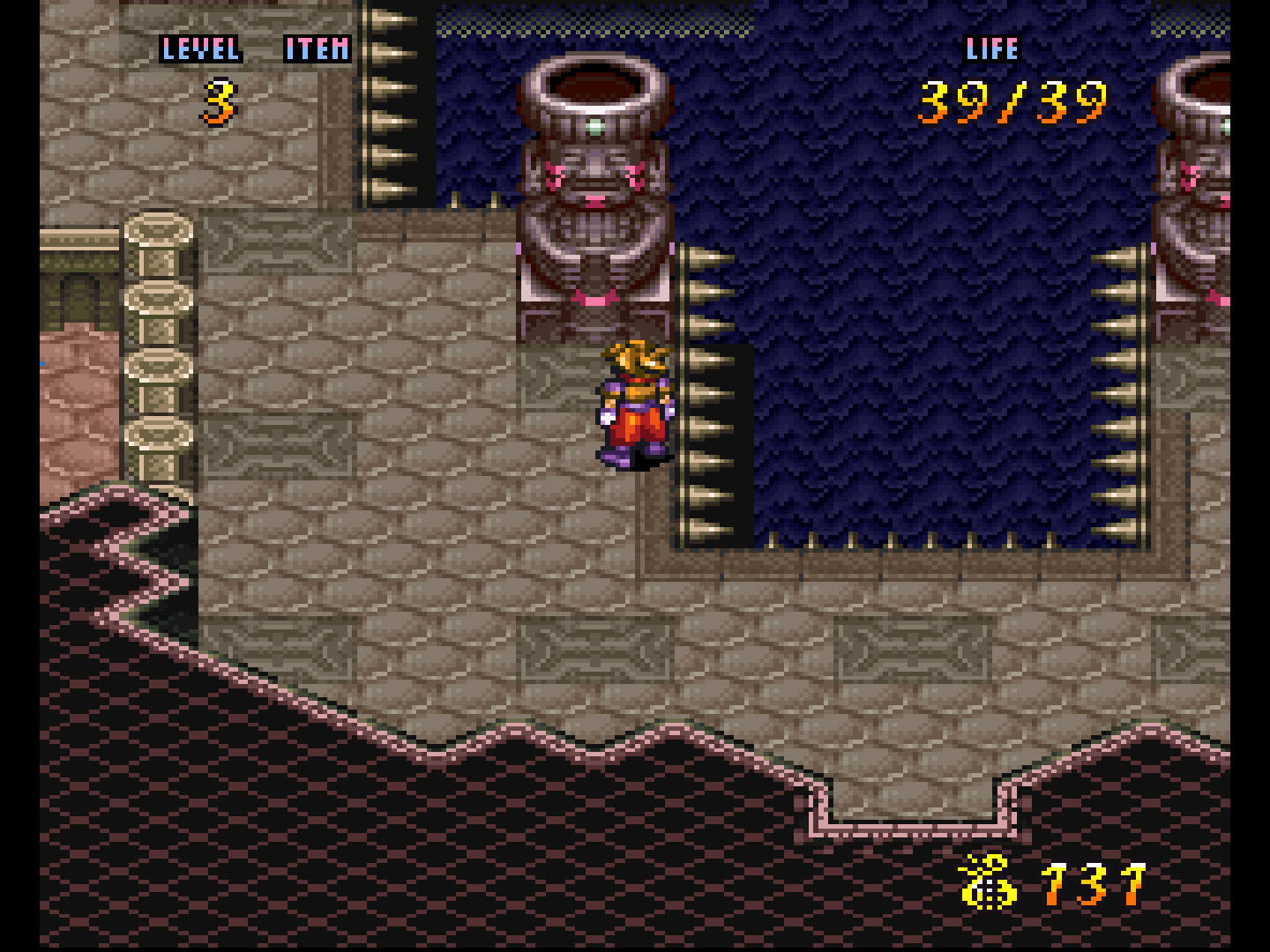 The Huballs here have gotten easier to take care of, as I go through them, and pick up a Magirock.

I go to the east wing and take care of the enemies in this area.

As a reward, a freed soul offers me advice: "Pay heed to the statues and the color of the jewel in the forehead."

I pick up the chest nearby, which has more money, and continue on.

One of the jewels in the statue's forehead looks different from the others. 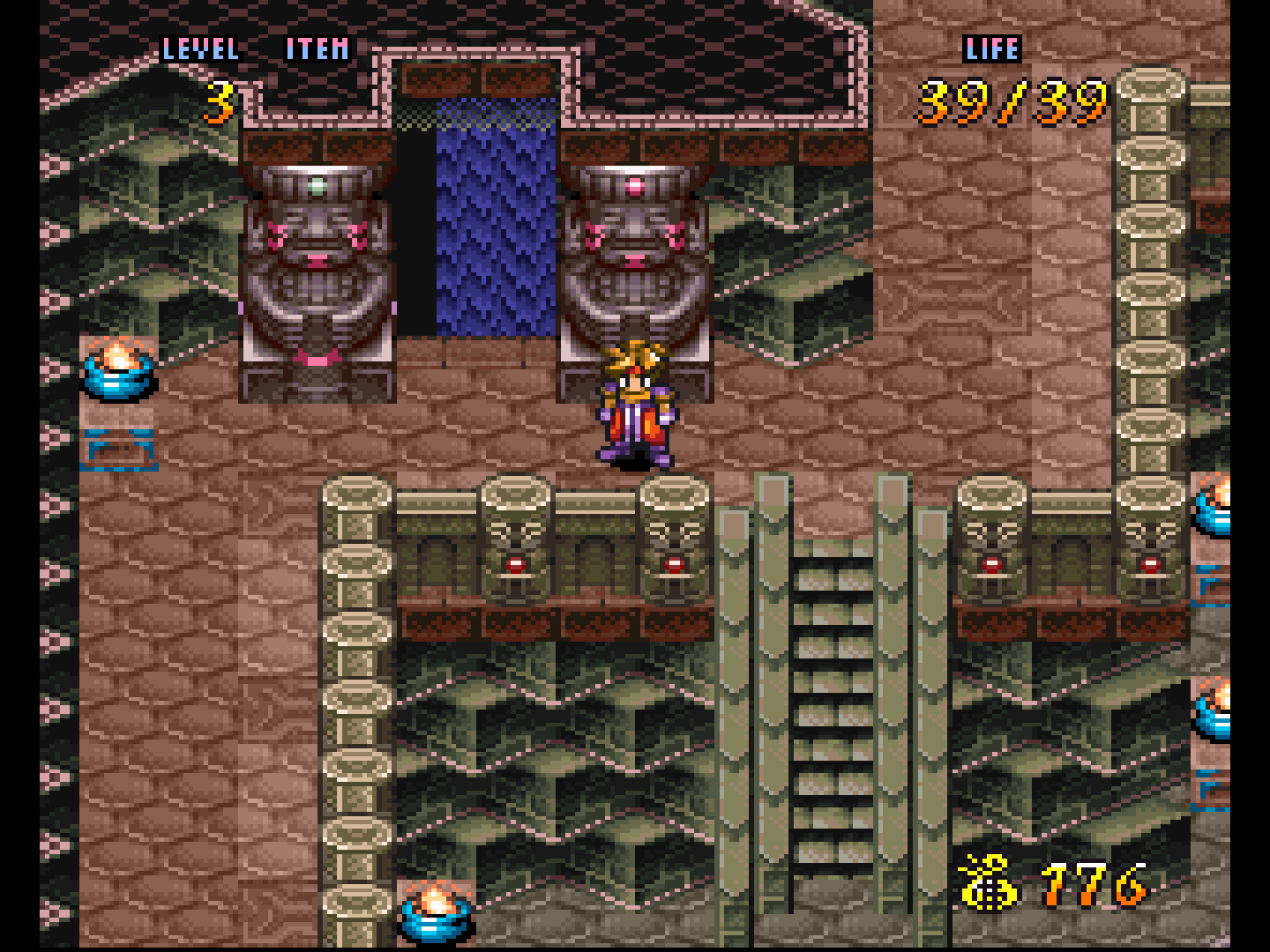 I wonder if I have to cast a spell at the statue?

I have Ark move to the east part of the chamber and push the red jewel statue there.

Moving it to the left turned off the waterfall! 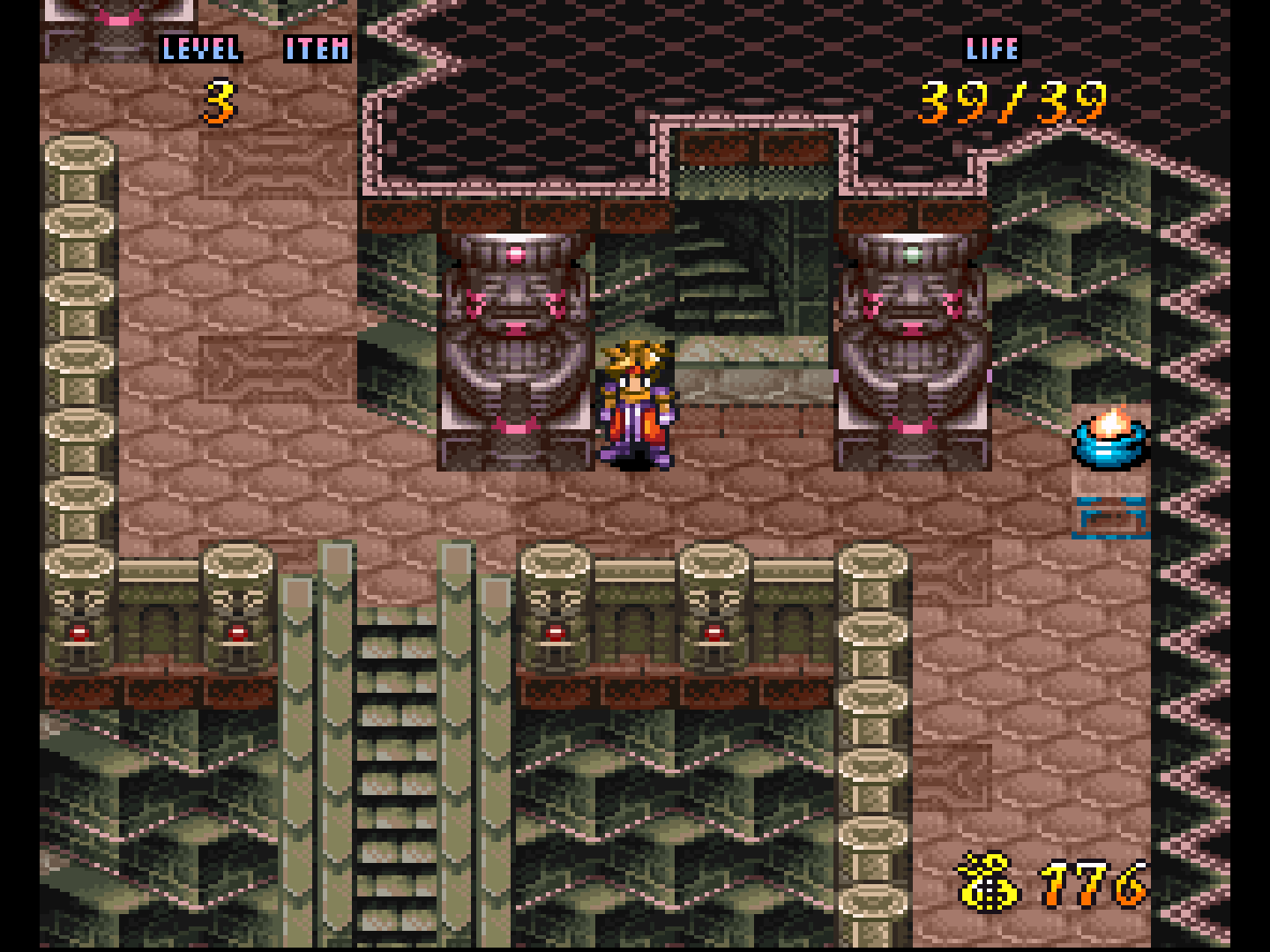 Okay, we're at the next floor!

After two more flame orbs are taken care of, a newly freed soul gives more advice on how to proceed forward. 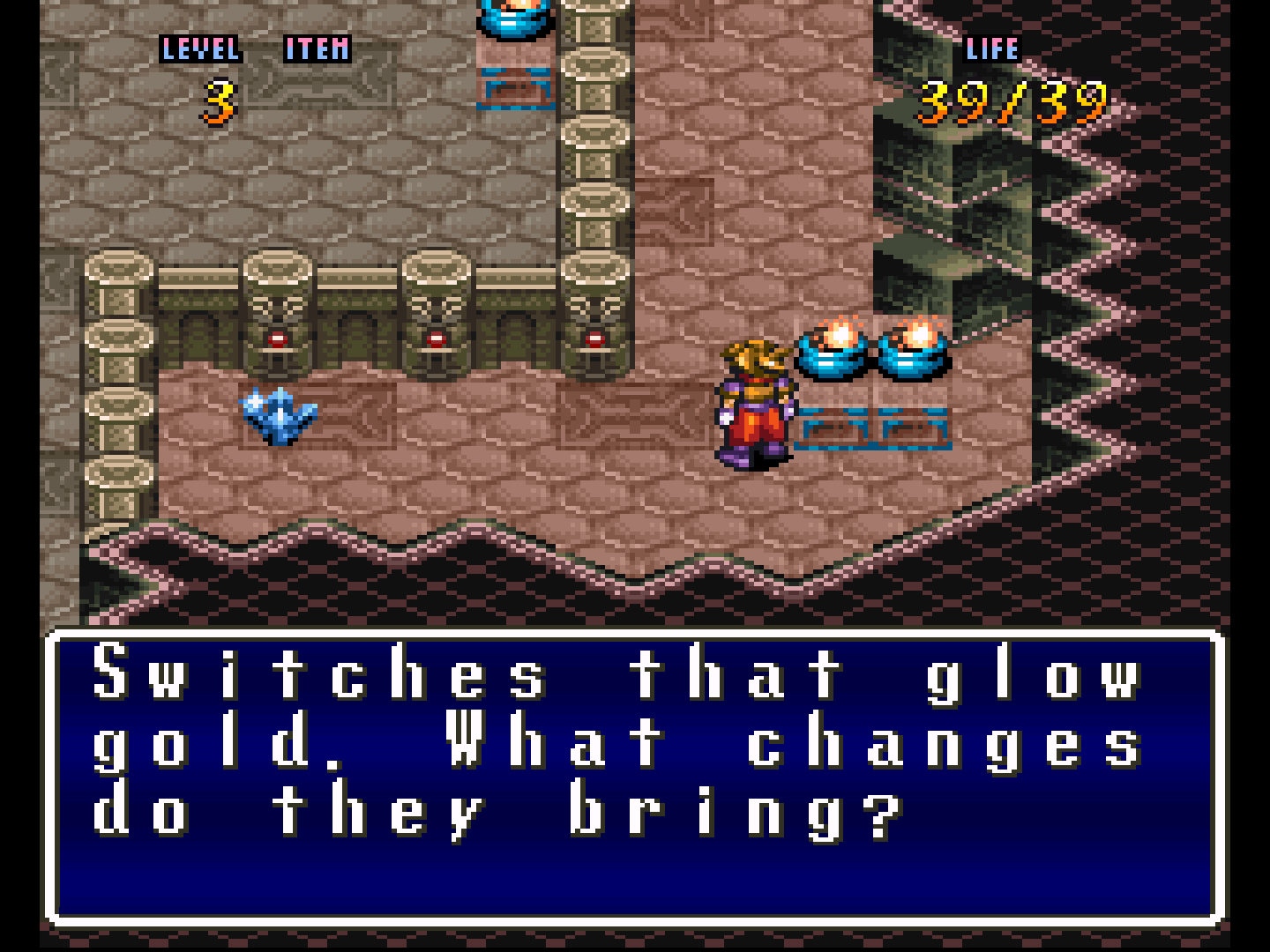 I have Ark pick up the Magirock, and go to a pillar with a red button on top. 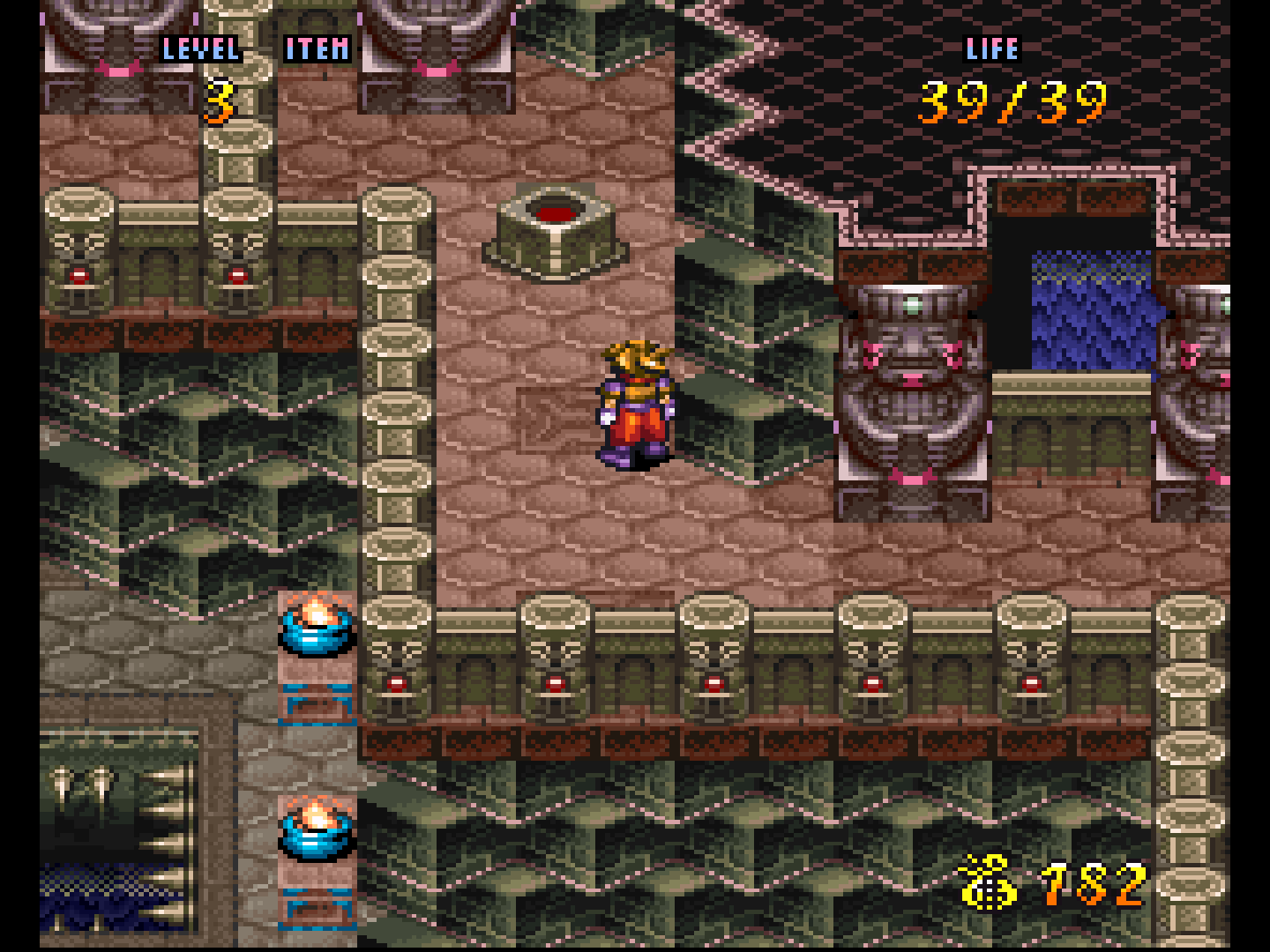 Since there's a pillar in the east, there must also be one in the west.

I push the western statue to the right, and open the upstairs passage! 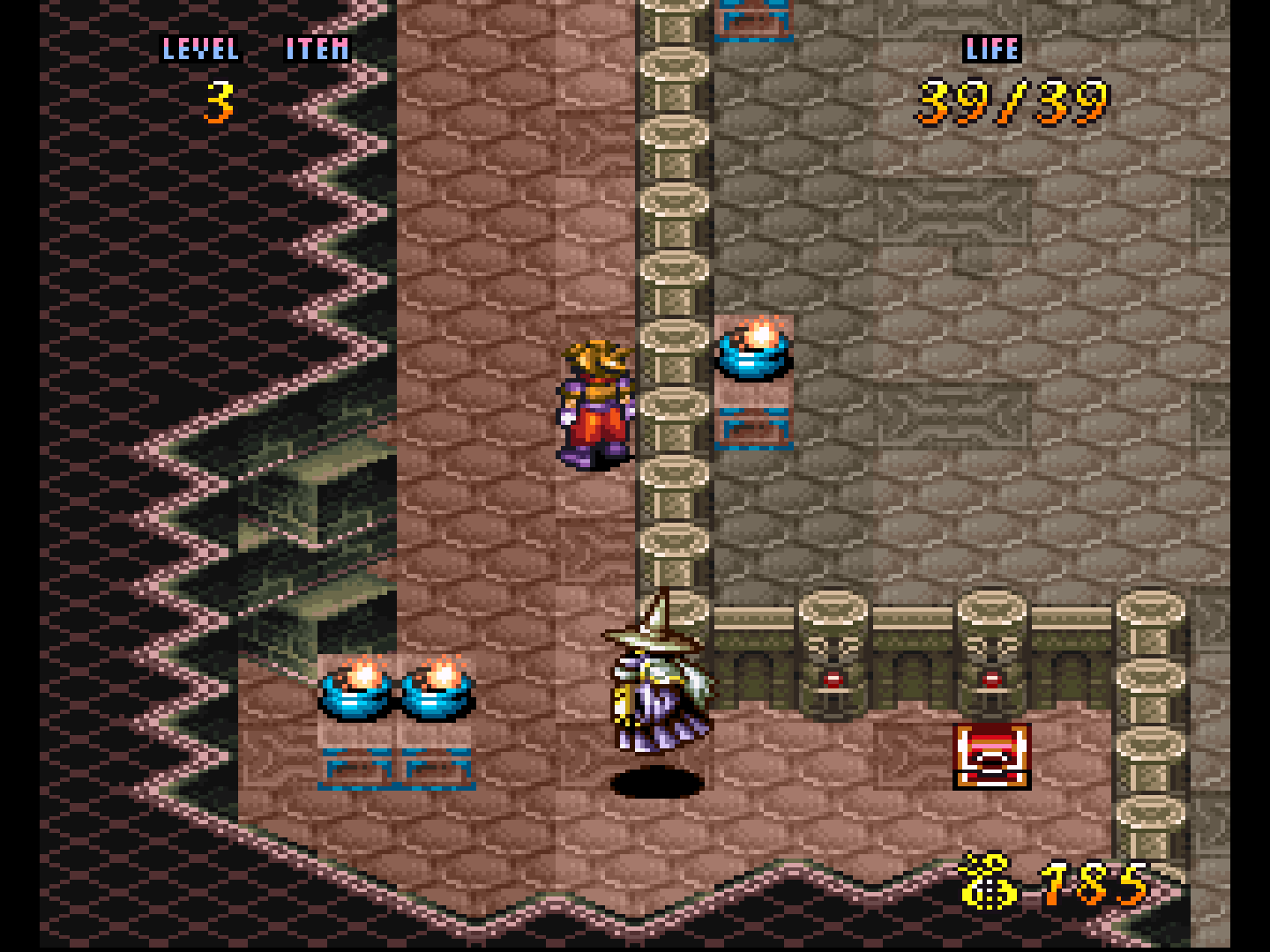 I dodge the mage's crescent beam, and proceed to do business.

For the final blow, I throw a lantern at the mage!

Now I open the doorway to the next floor by pressing the button on the pillar here.

Crossing underneath the passageway, we make it to the third floor.

I charge twice at the floating mage nearby.

I press both the buttons on each side of this floor, but nothing's happened. 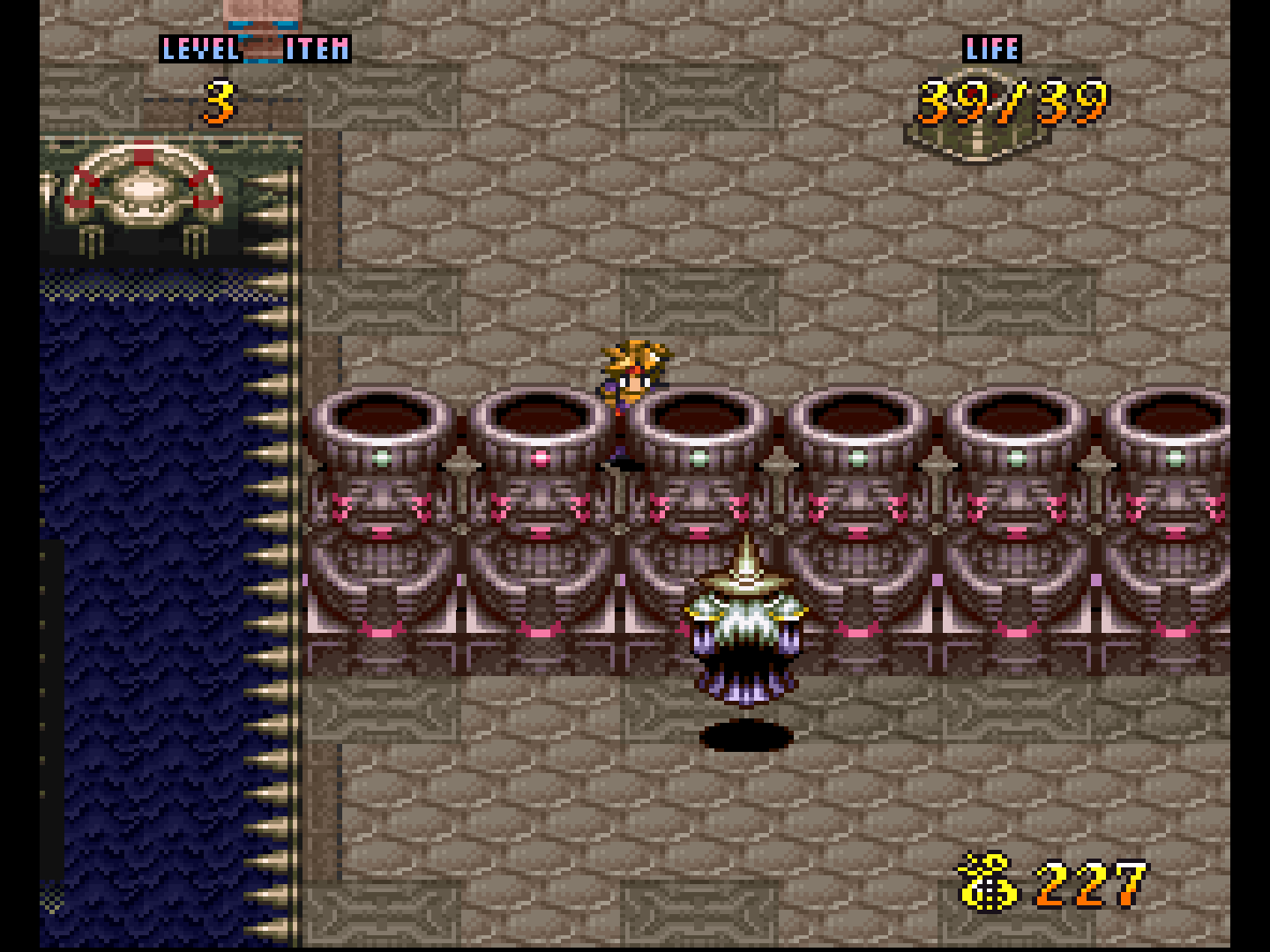 While pushing the statue, the mage, or a Cadet, glares at Ark, and Ark glares back at the mage! This must be another spell that the mage uses. They try to glare at Ark again.

This floating mage is very stubborn!

I manage to clear the floor of enemies and push the last button, revealing a bridge to floor number four! 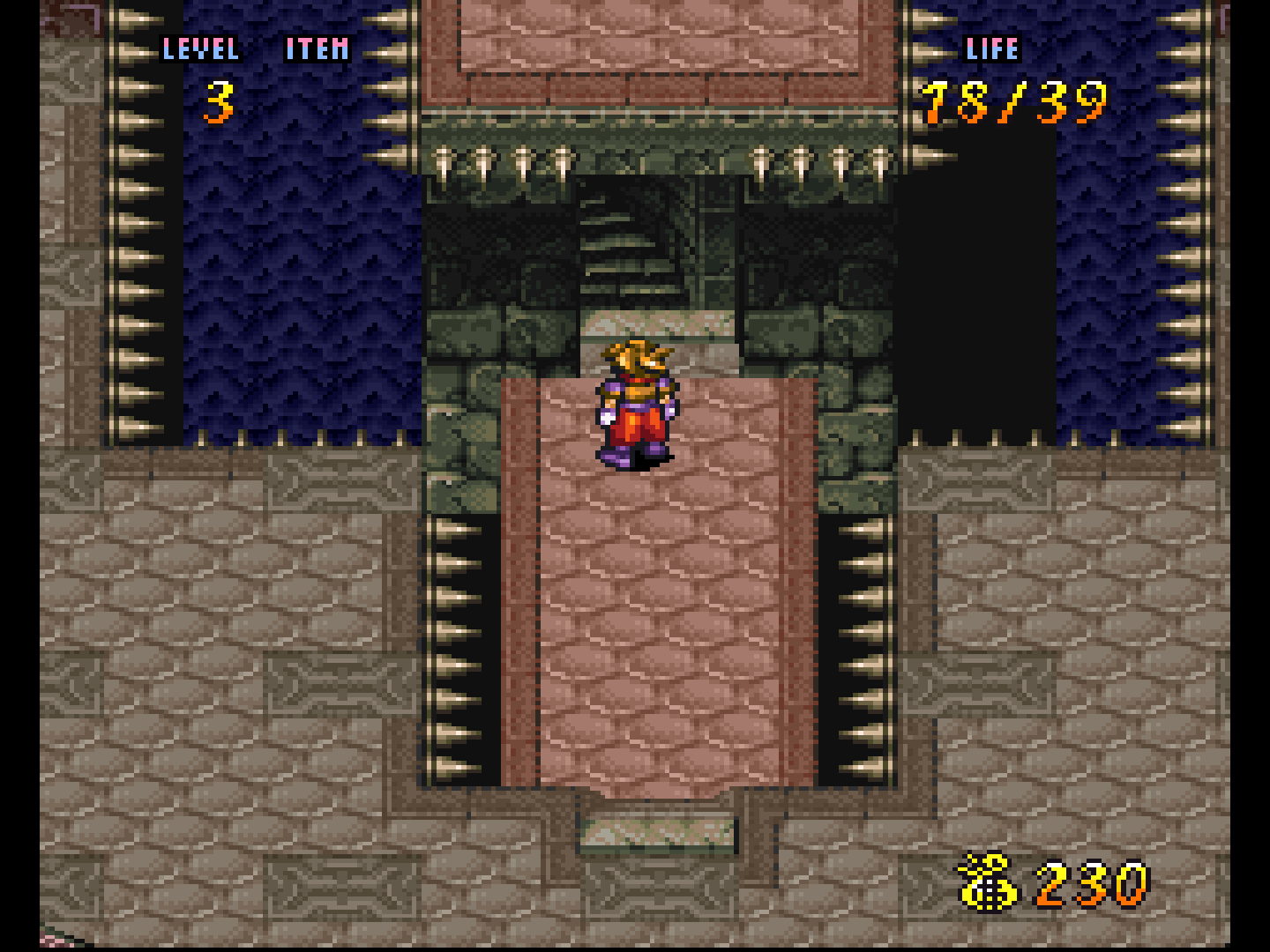 Now this is a familiar room... 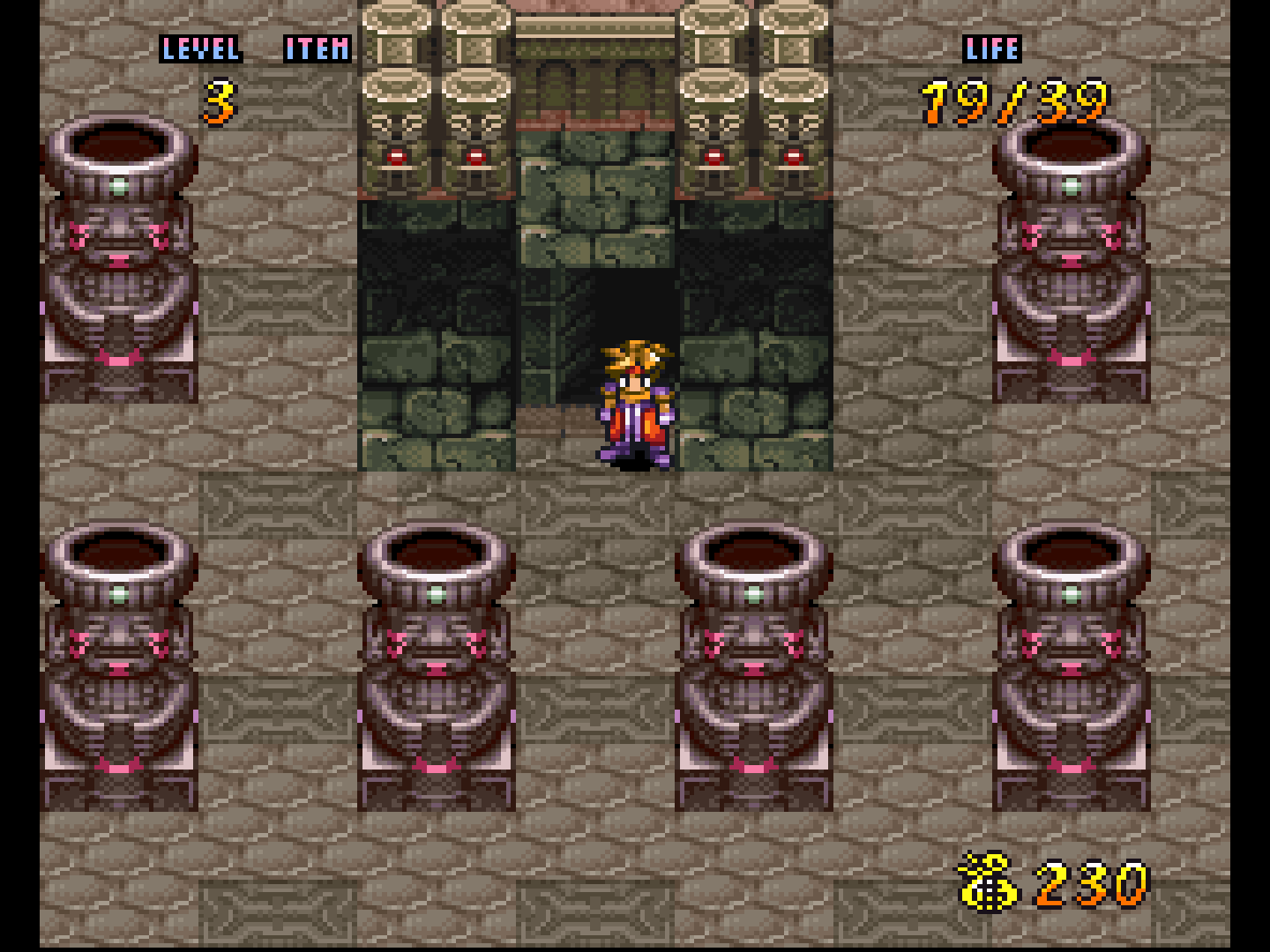 In the northwest corner, we get more Magirock!

In the settings menu, I figure out which button to press to guard. Here's the list... 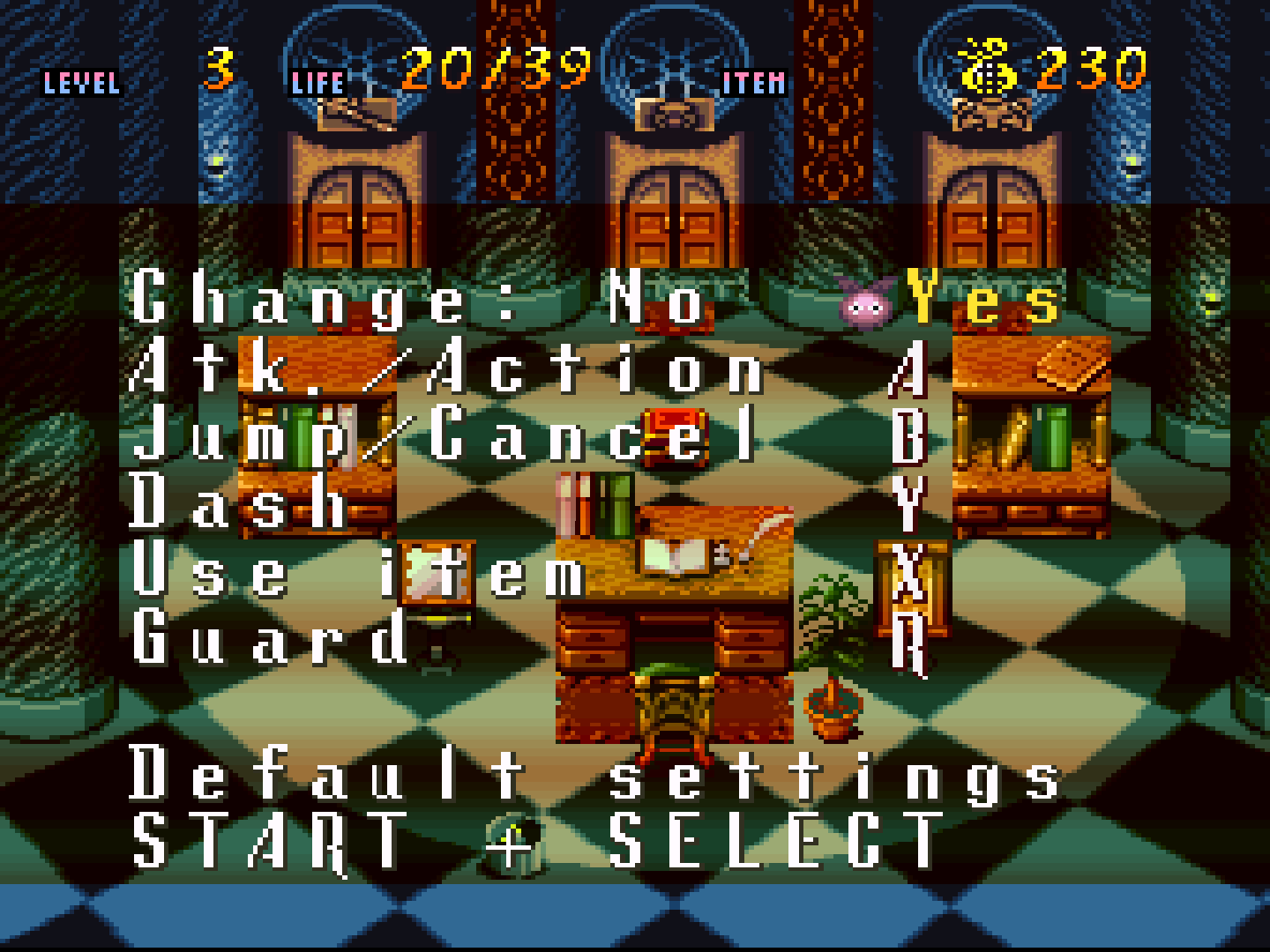 I might have to change the hotkey on the controller.

The only setting I've changed is the text speed.

I practice guarding a few times before scouting around the fourth floor. 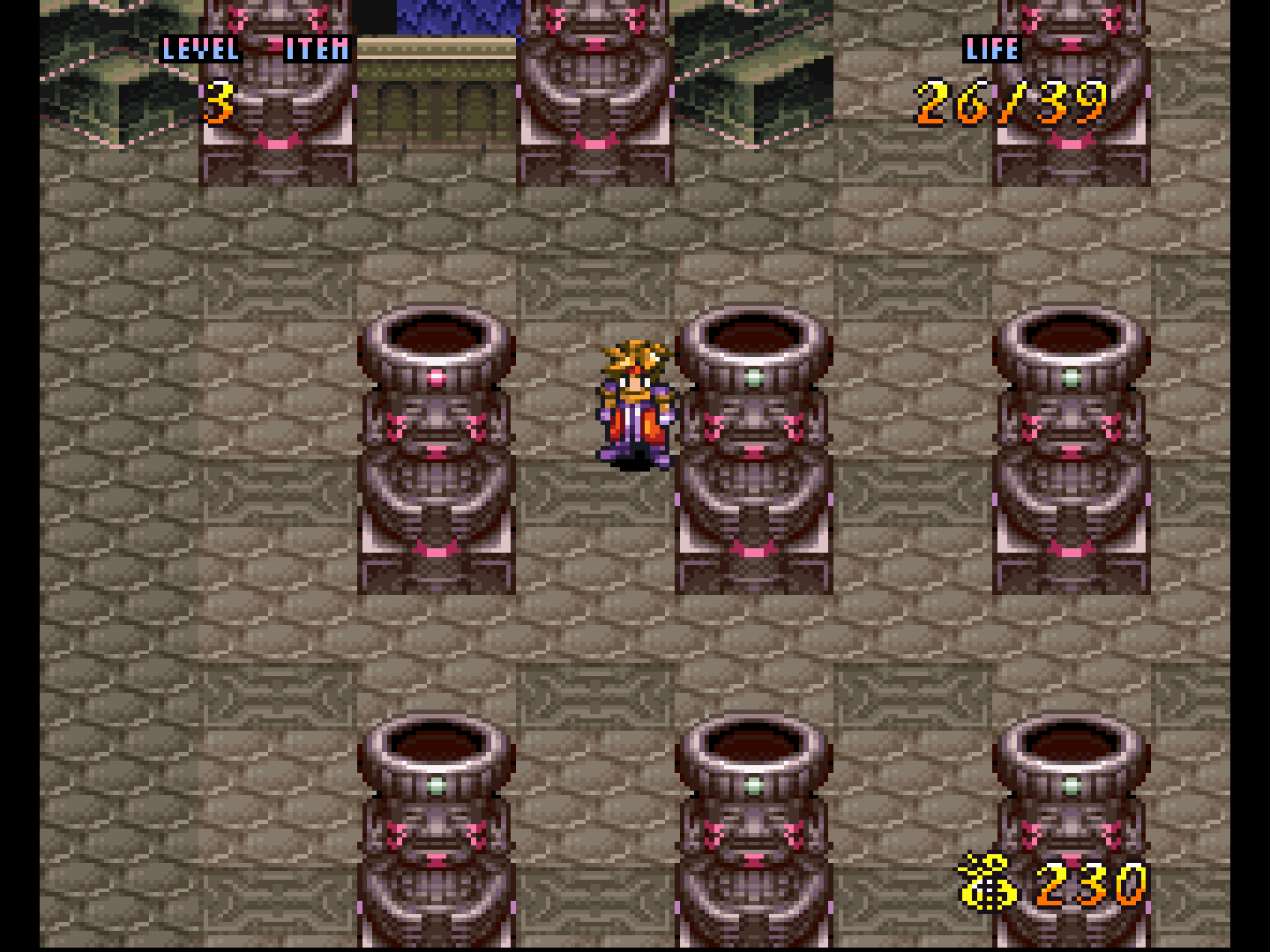 I push the nearby statue, and hear a click. Let's see if I can find other statues like this one...

After pushing the second statue, the door upstairs opens!

Like before, a Guardian awaits, his presence blocking the way to the land control console.

However, it's not as easy as walking over there this time... 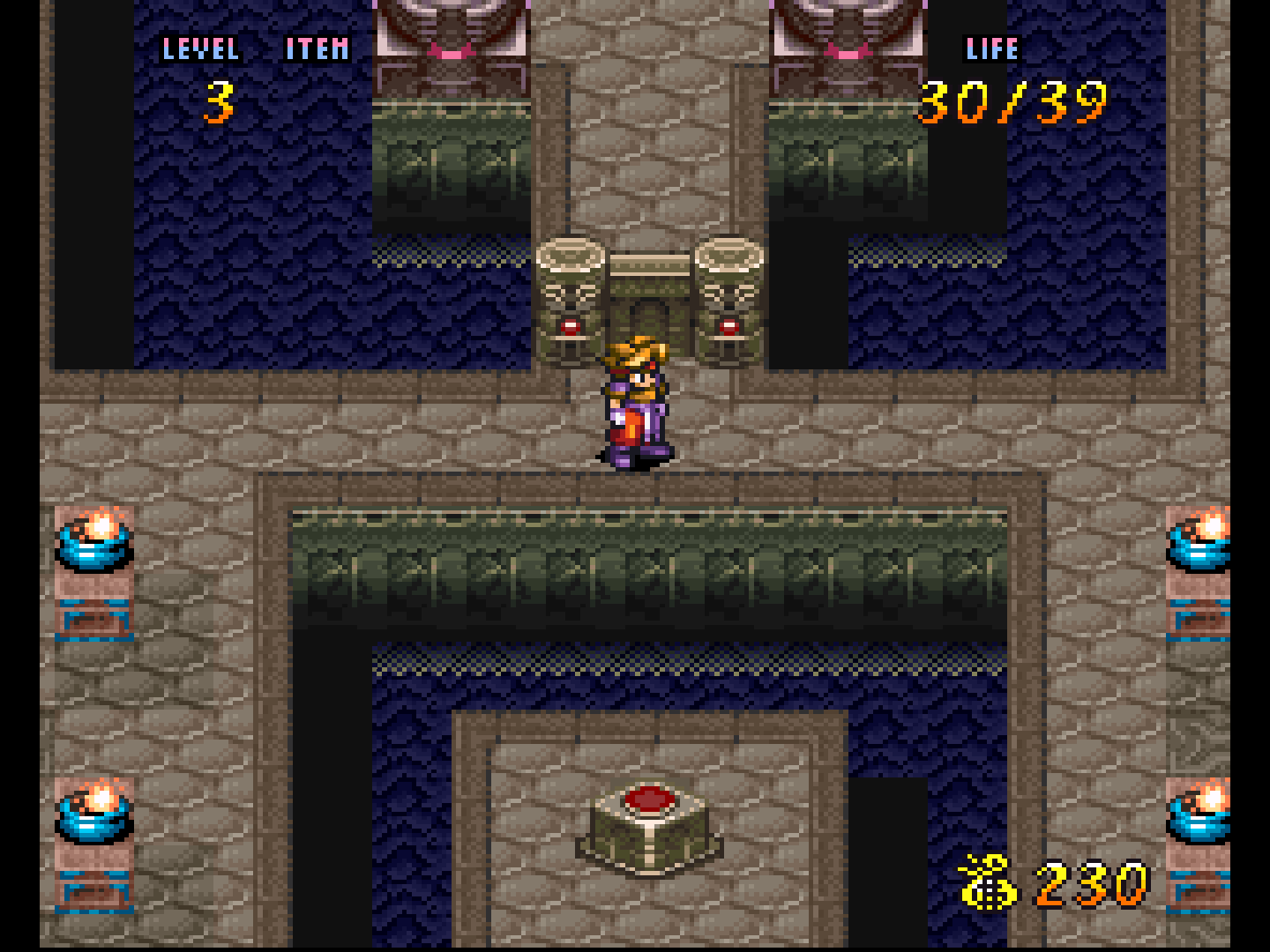 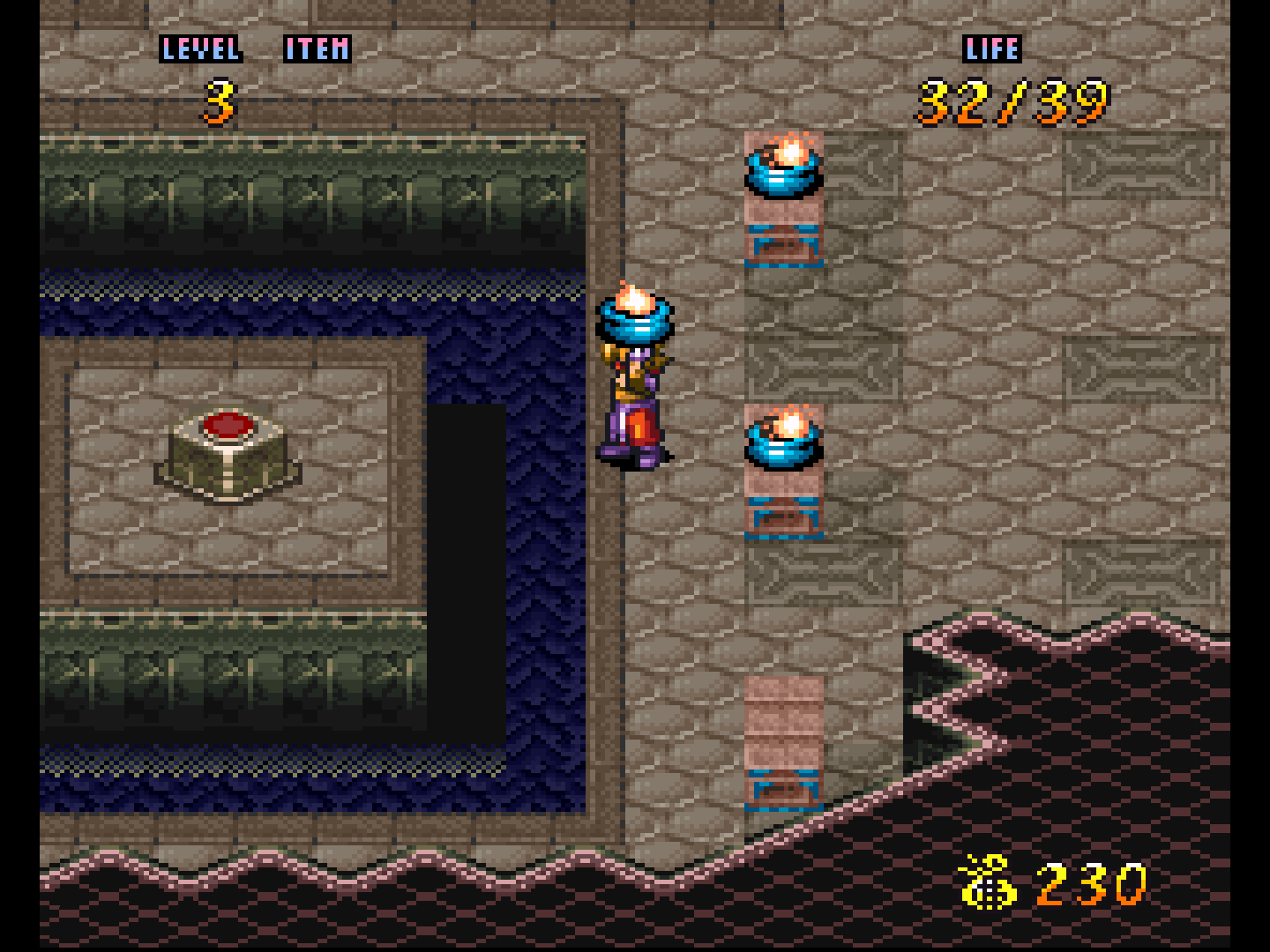 I meet with the Guardian, who commends me, but does a creepy chuckle. Looks like another challenge is coming...

...or not, as he vanishes and lets me through. 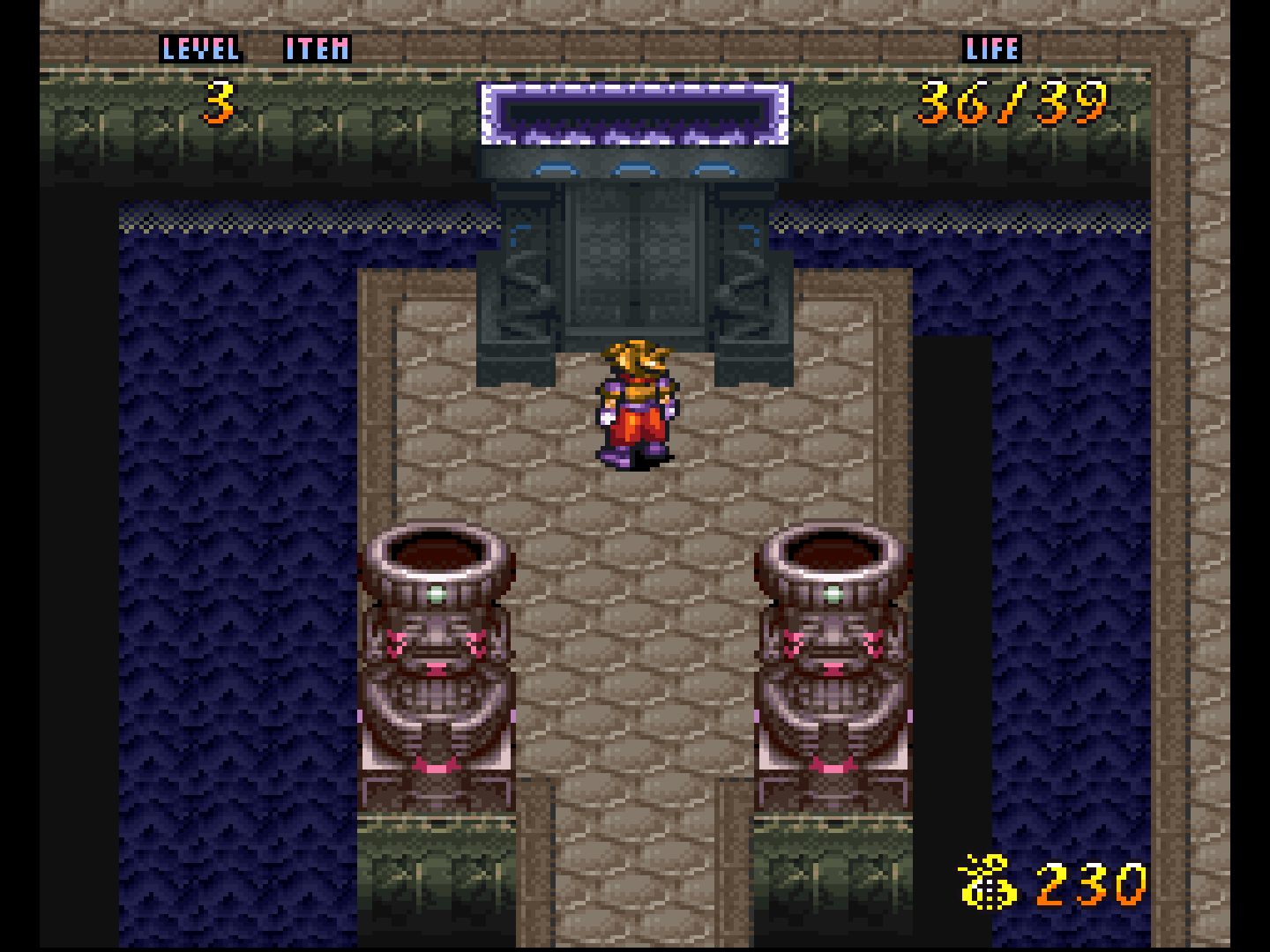 The chamber's the same as before. 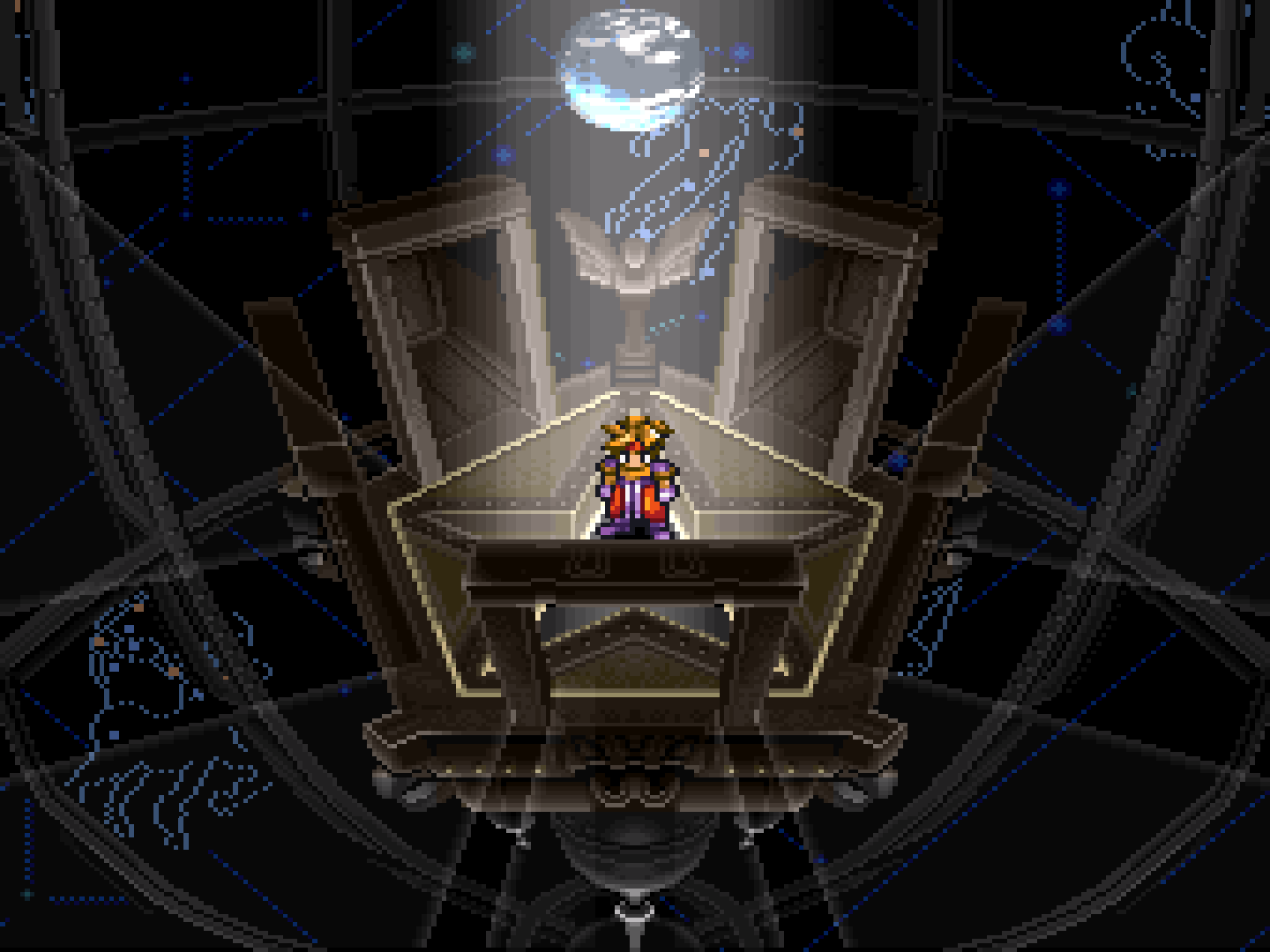 The globe descends on top of Ark again, and another continent is born. 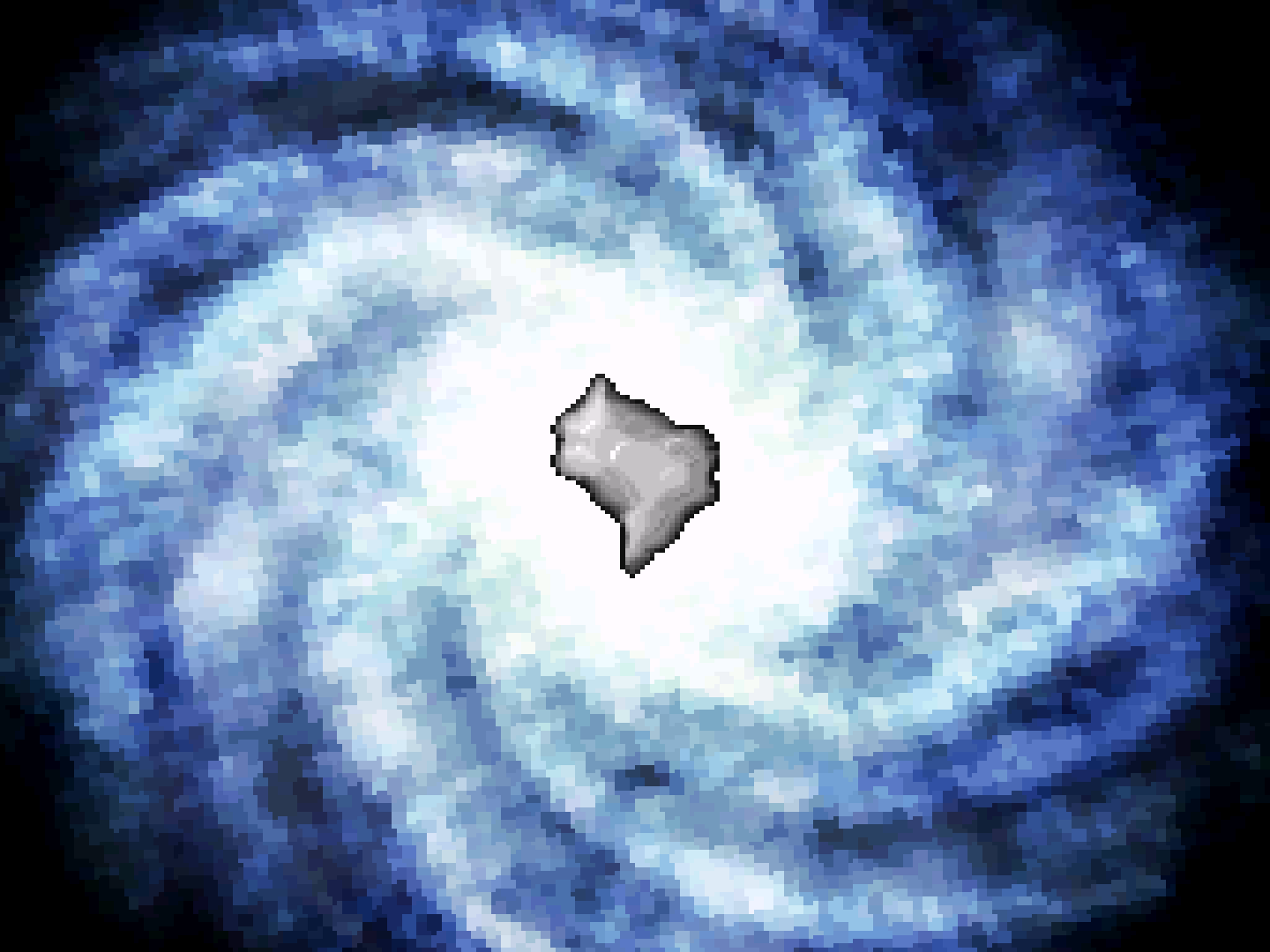 Now that's unusual...thunder and lightning begin to form, or maybe I didn't notice that part for the first tower... 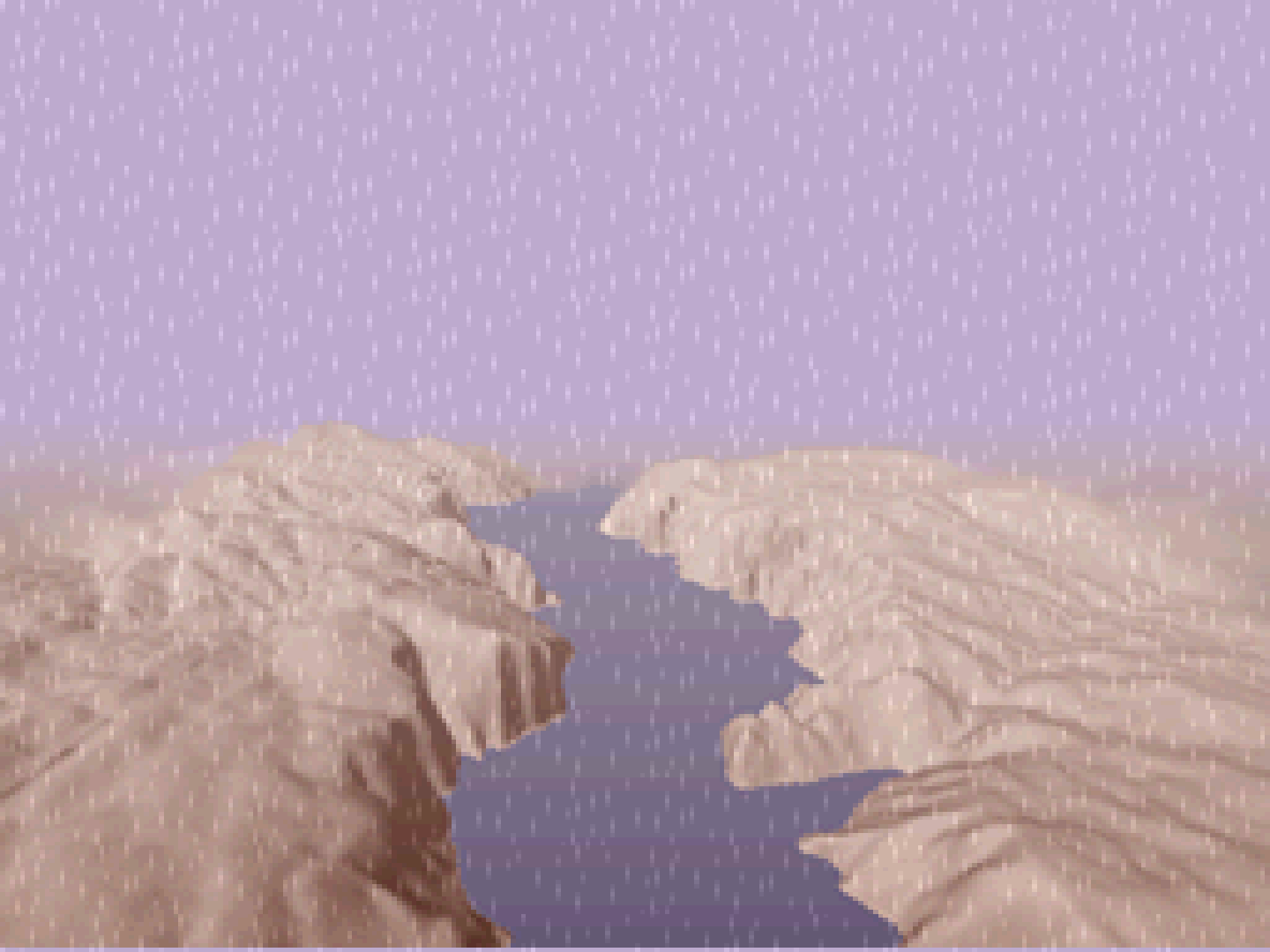 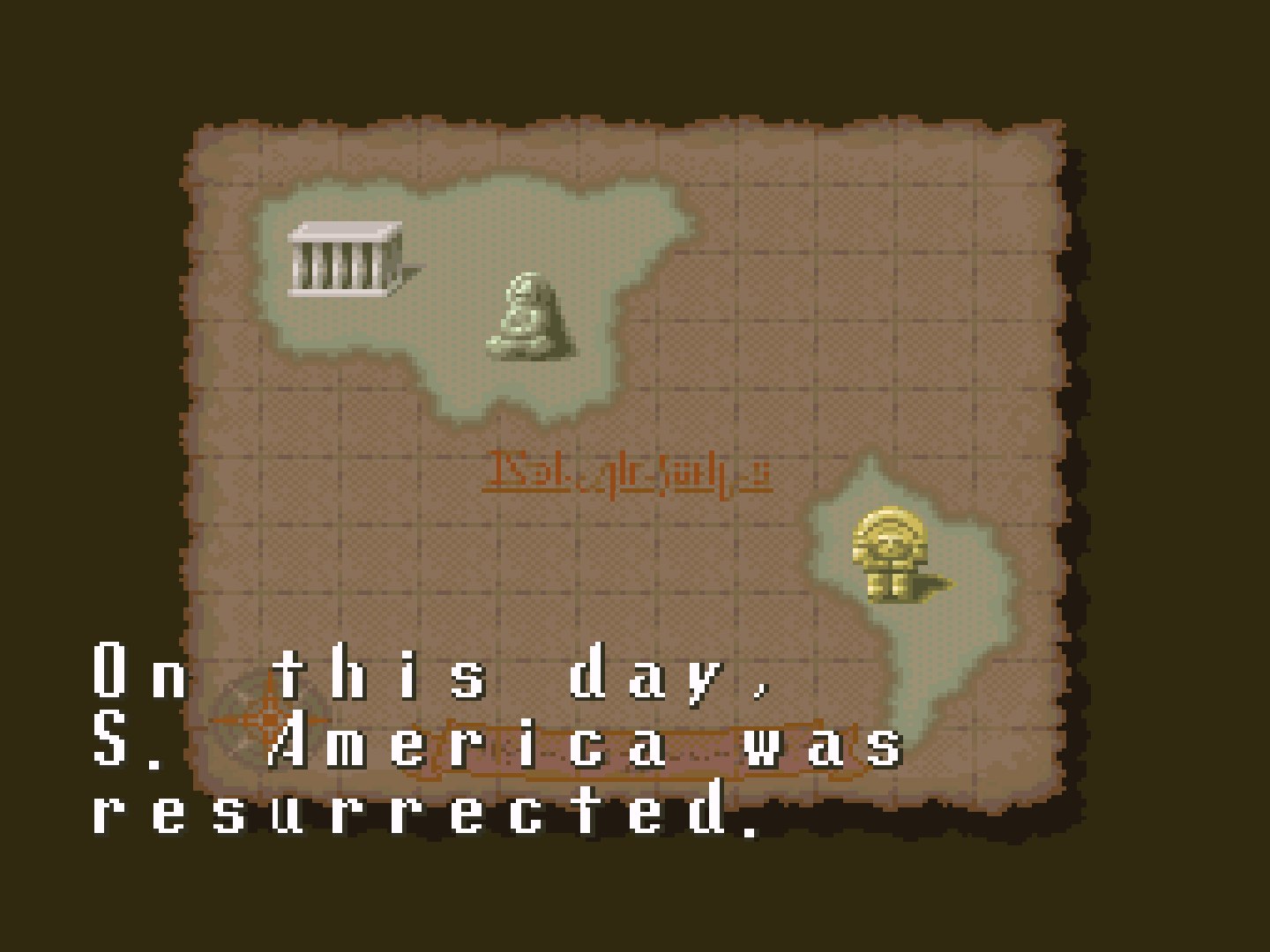 More villagers' souls have been restored! 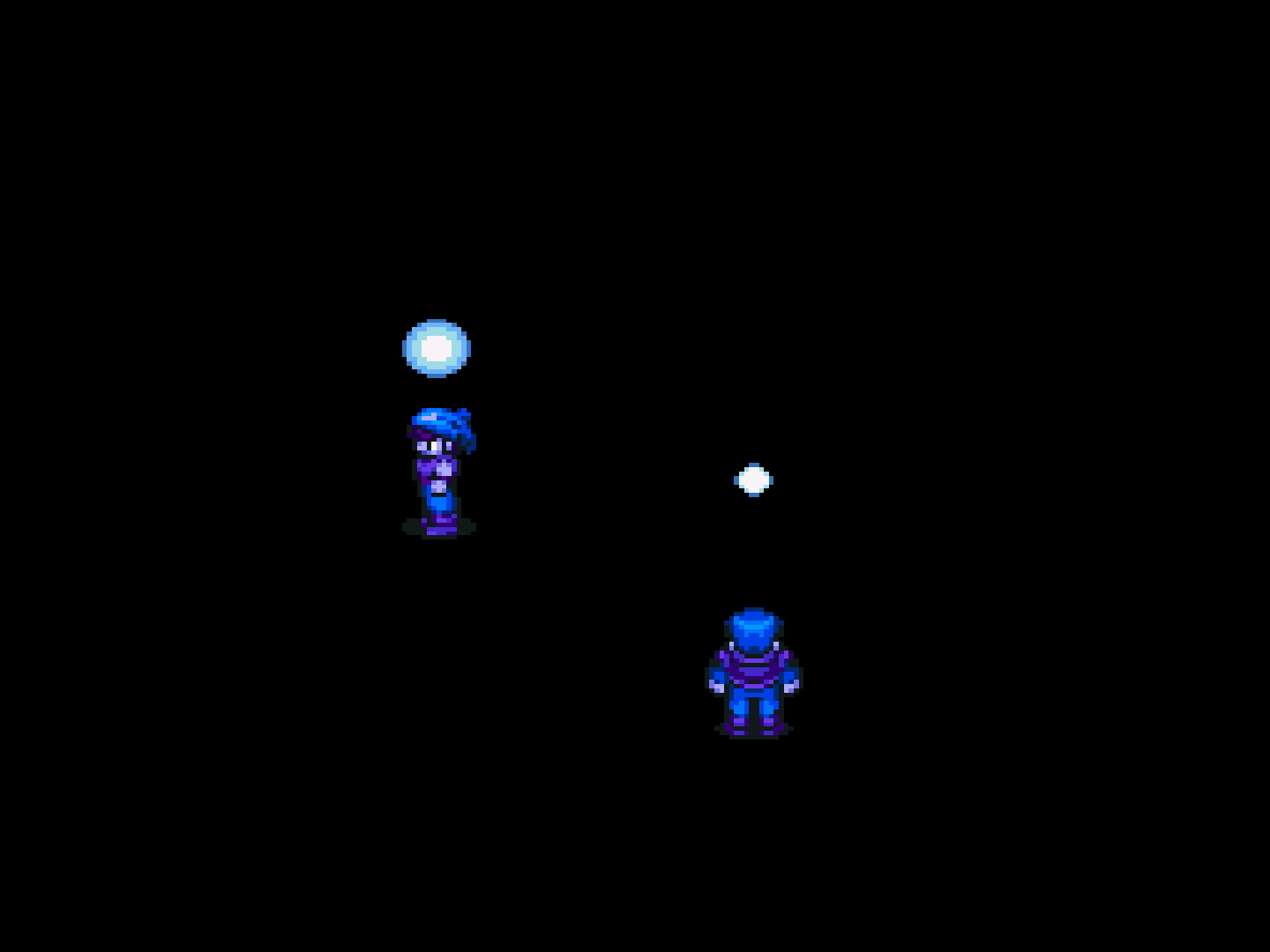 I wonder if we'll get to visit those continents later in the game?

I enter the fortune teller's hut, but change my mind and walk around to find the people who have awakened...

The chicken on top of the roof is still spinning along with their neighboring weather vane.

So the people in the flour mill are unfrozen now.