One of the men is wondering about that blue door over on the right there... 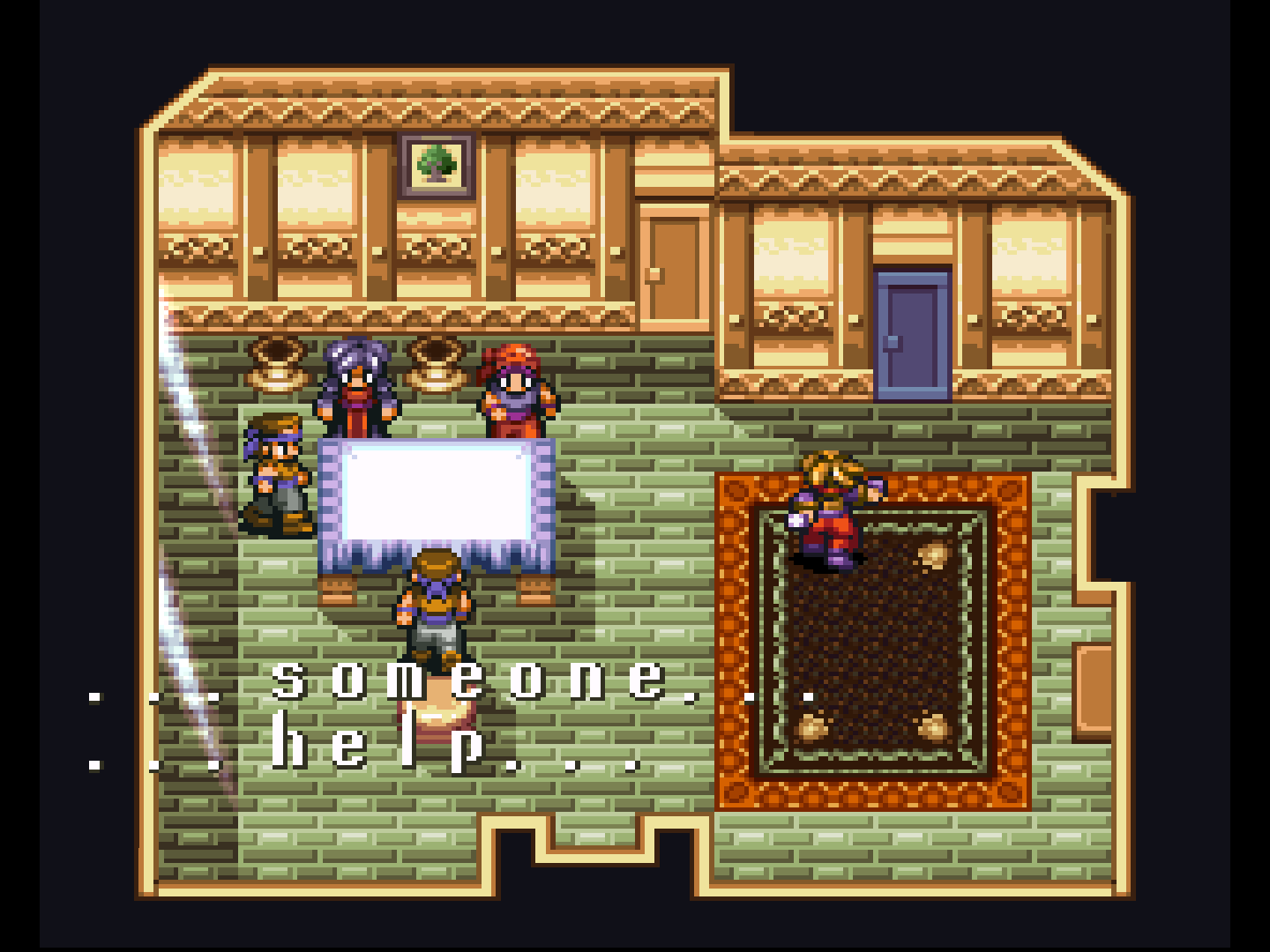 Throwing a vase, it lands on one of the people on the table, who reacts, calling Ark a "tough guy."

Inside the beige door, is the Elder's room, and two chests. 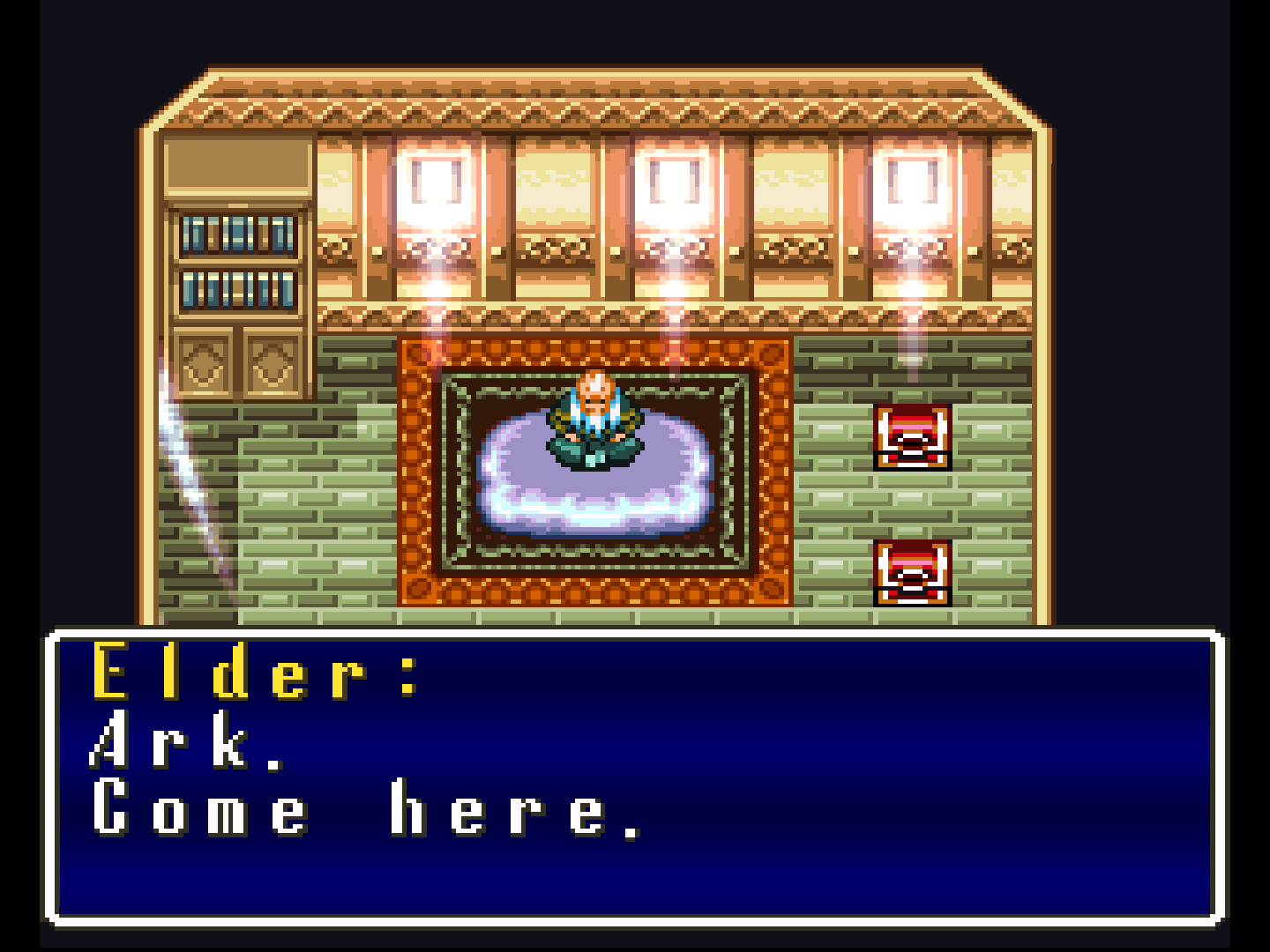 I'm tempted to get the chests near the Elder...should I or shouldn't I?

I decide to do it, but the Elder stops me, not happy about that.

I come to him.

He lists Ark's misadventure, namely the weaver's hall one. I have Ark apologize.

Ark says he was "teasing the chickens," who went inside the weaver's hall.

The Elder tells him to apologize to the weavers.

I have Ark ask the Elder, who he calls his "granddad," where the weaver's hut is.

It's up north, and it's also Elle's house.