Something falls down at the top of the hill. The hill looks tiny from that viewpoint. 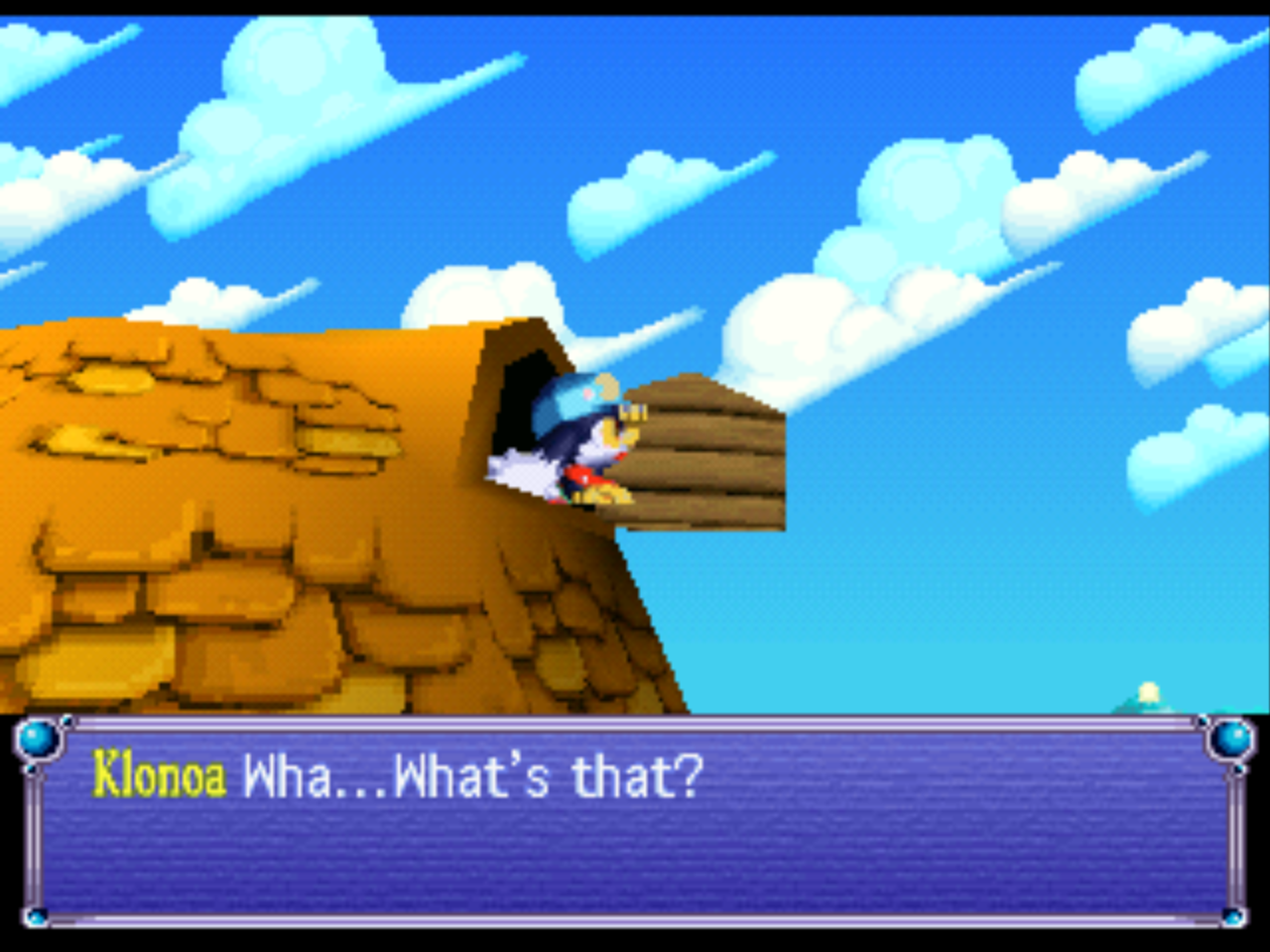 Huepow: "It's from Bell Hill."

So the sprite friend of Klonoa's is named Huepow, huh?

Klonoa mentions it's like in his dream. Uh oh...

After putting Huepow in the ring... 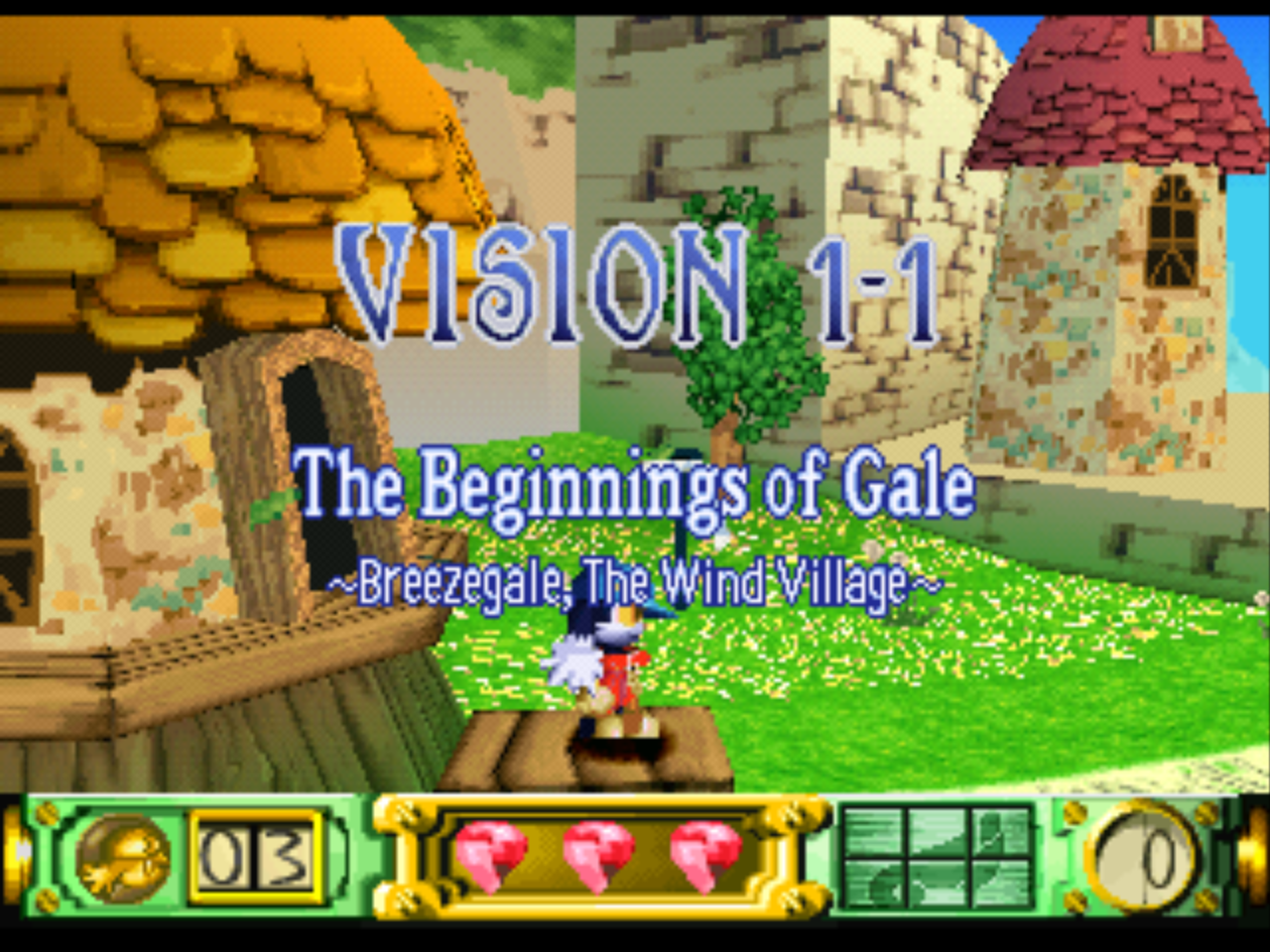 I perform Klonoa's famous double jump with the Moo nearby. Looks like it's all coming back to me now...

Our first egg (a Ngapoko Egg), in the background, gives us a blue Dream Stone, worth five of them.

The checkpoint's the alarm clock, though the secrets are different here.

Lucky Klonoa can take six hits in this game...

I miss a blue Dream Stone, but ignoring that, I enter the building. 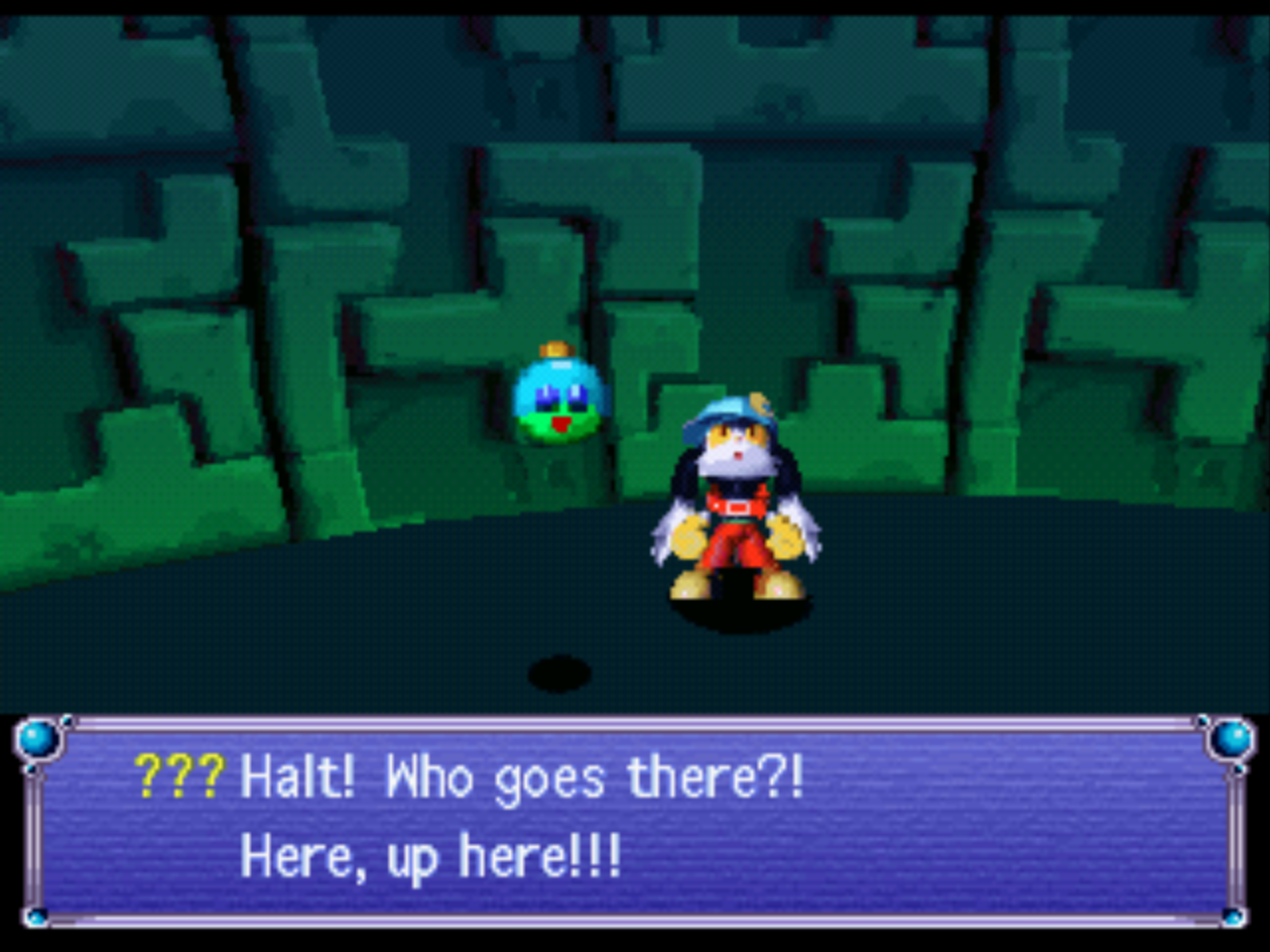 He jumps down from a huge height! 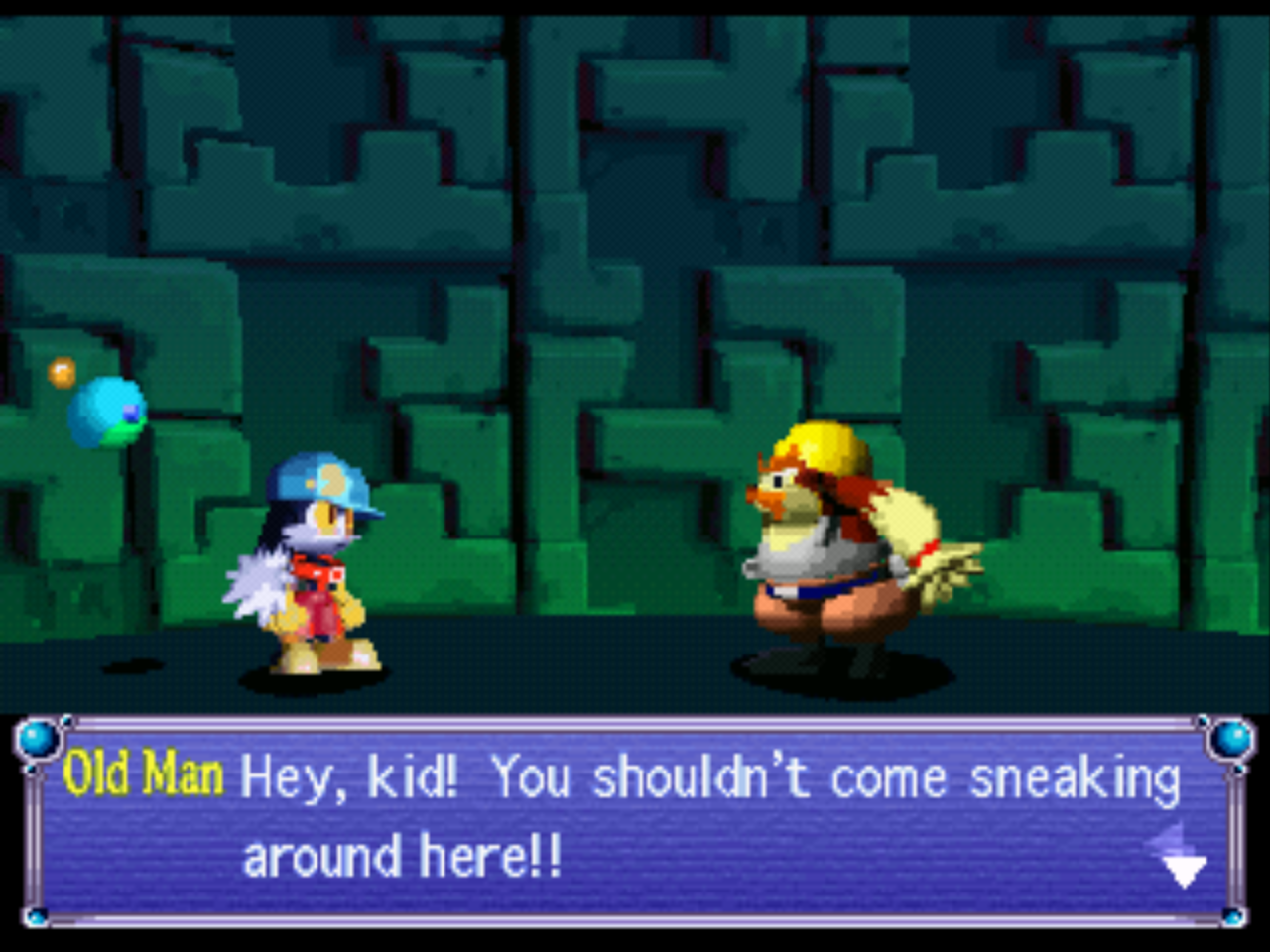 The man's name is Balue, a mason.

He points to his masterpiece, a likeness of Lephise, outside. 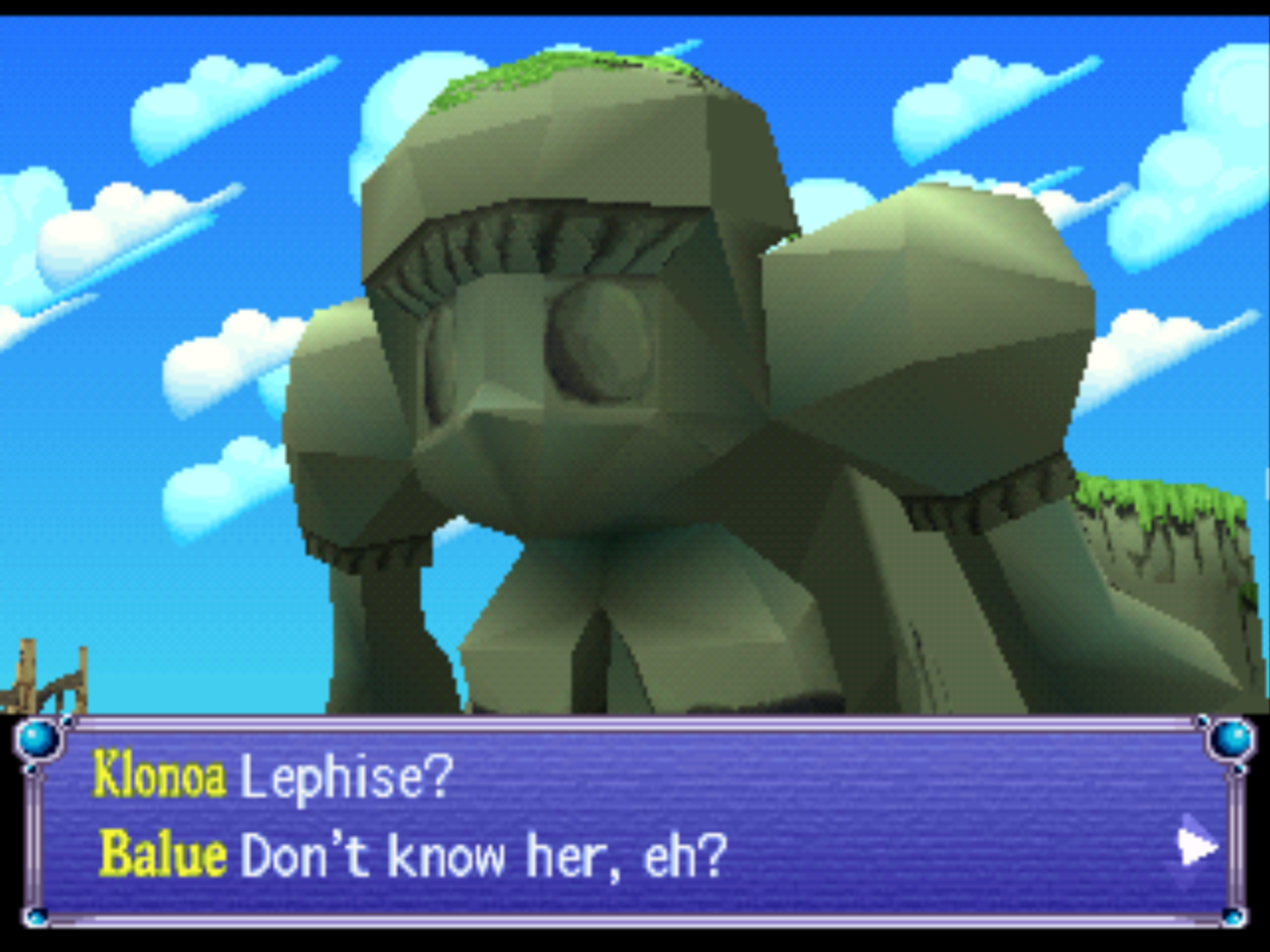 Balue: "She's the legendary diva who sings the 'Song of Rebirth'."

Klonoa did not know that. Balue grumbles.

His plans are to reach the Moon Kingdom.

Balue tells him, in his own way, to be quiet. Klonoa takes the brunt...

Huepow wants to leave, and they do. 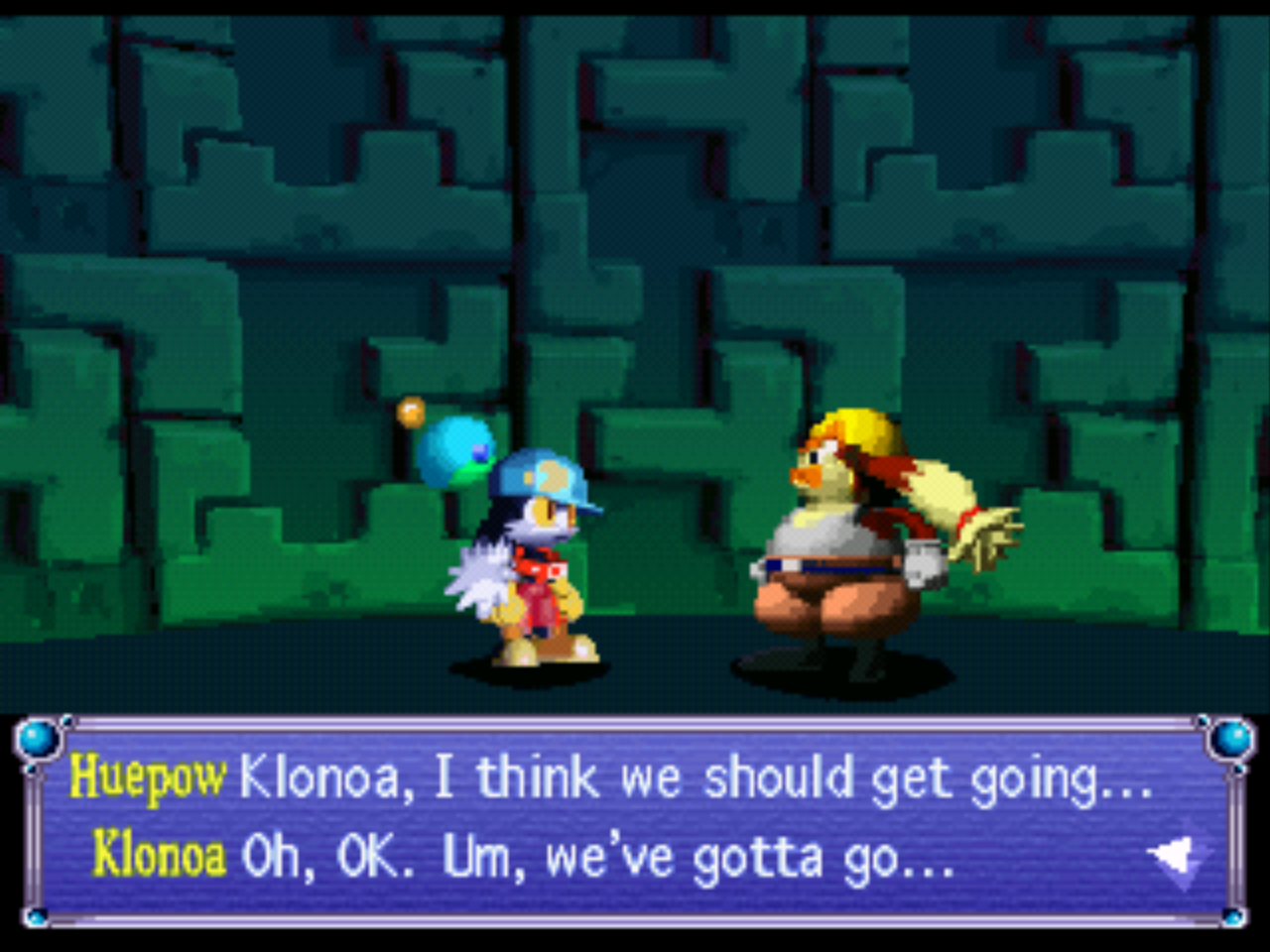 Outside again, there's two directions I can go. I grab a Moo, and take to the top.

The place on the way is filled with those spikey, indestructible monsters!

I manage to get onto the platform, and find secret number five! Last time I played through here, it was the last one I picked up! 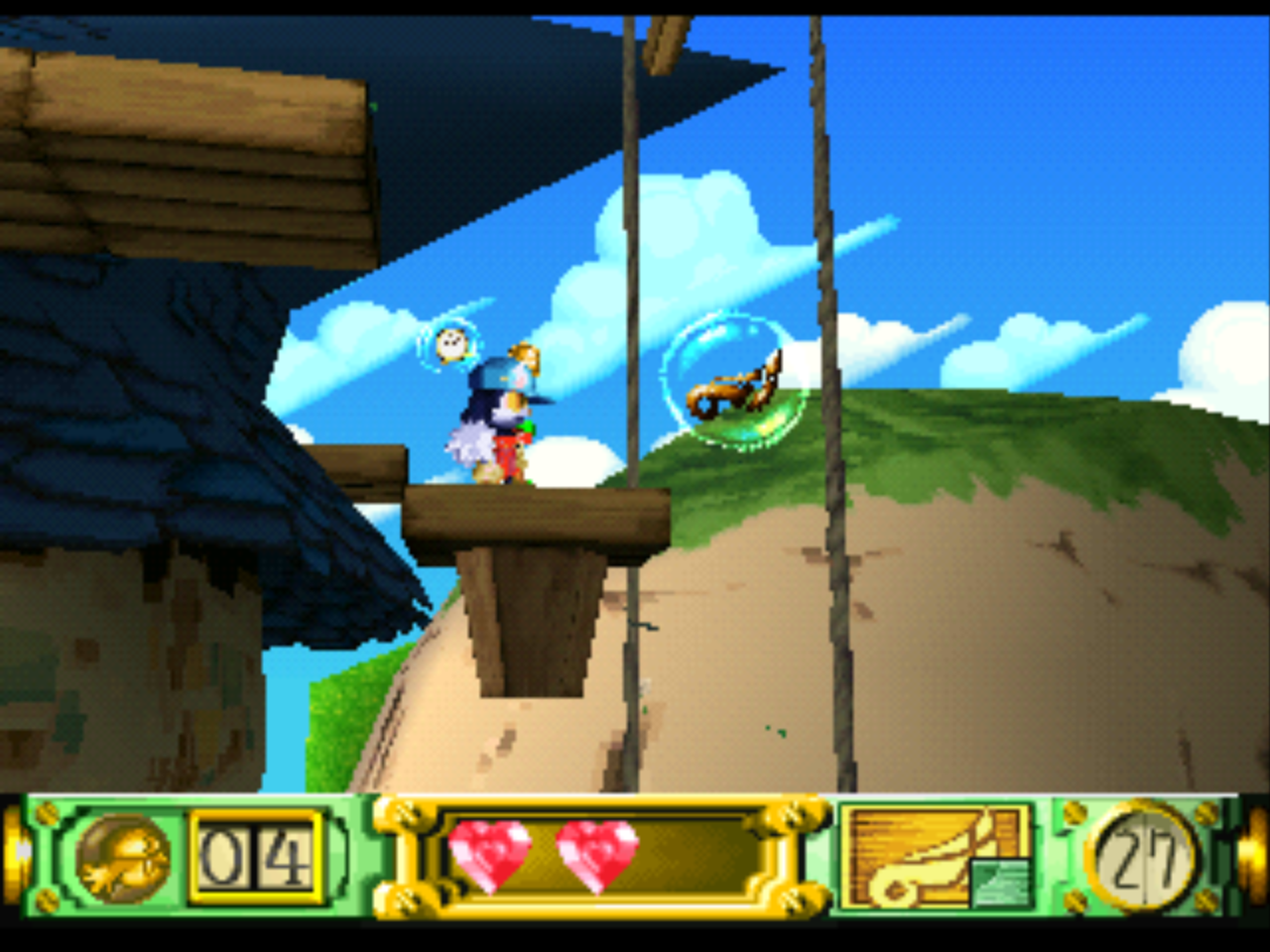 I cross past the windmill, and we're back! So we ended up going around in a circle...

I have Klonoa take the bottom path and get the Dream Sprite, which doubles the amount of Dream Stones collected.

On the way to the waterfall, I get the last secret!

Crossing into the waterfall, we make it to the end of the first level! This is probably the tutorial level. From what I've seen, it showcases the game mechanics, and it flows well. The first time I played through here, the shortness of it surprised me a bit. 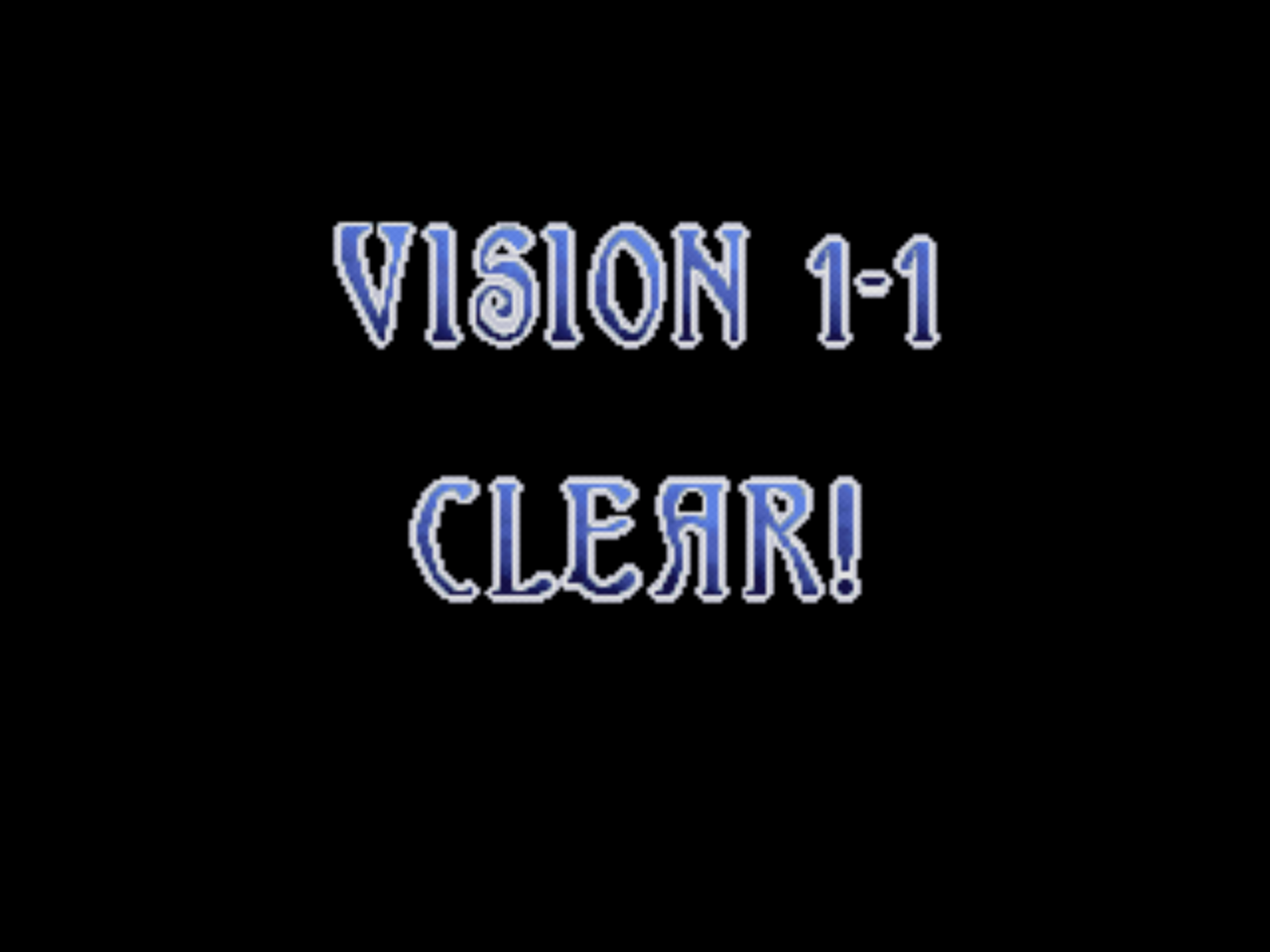 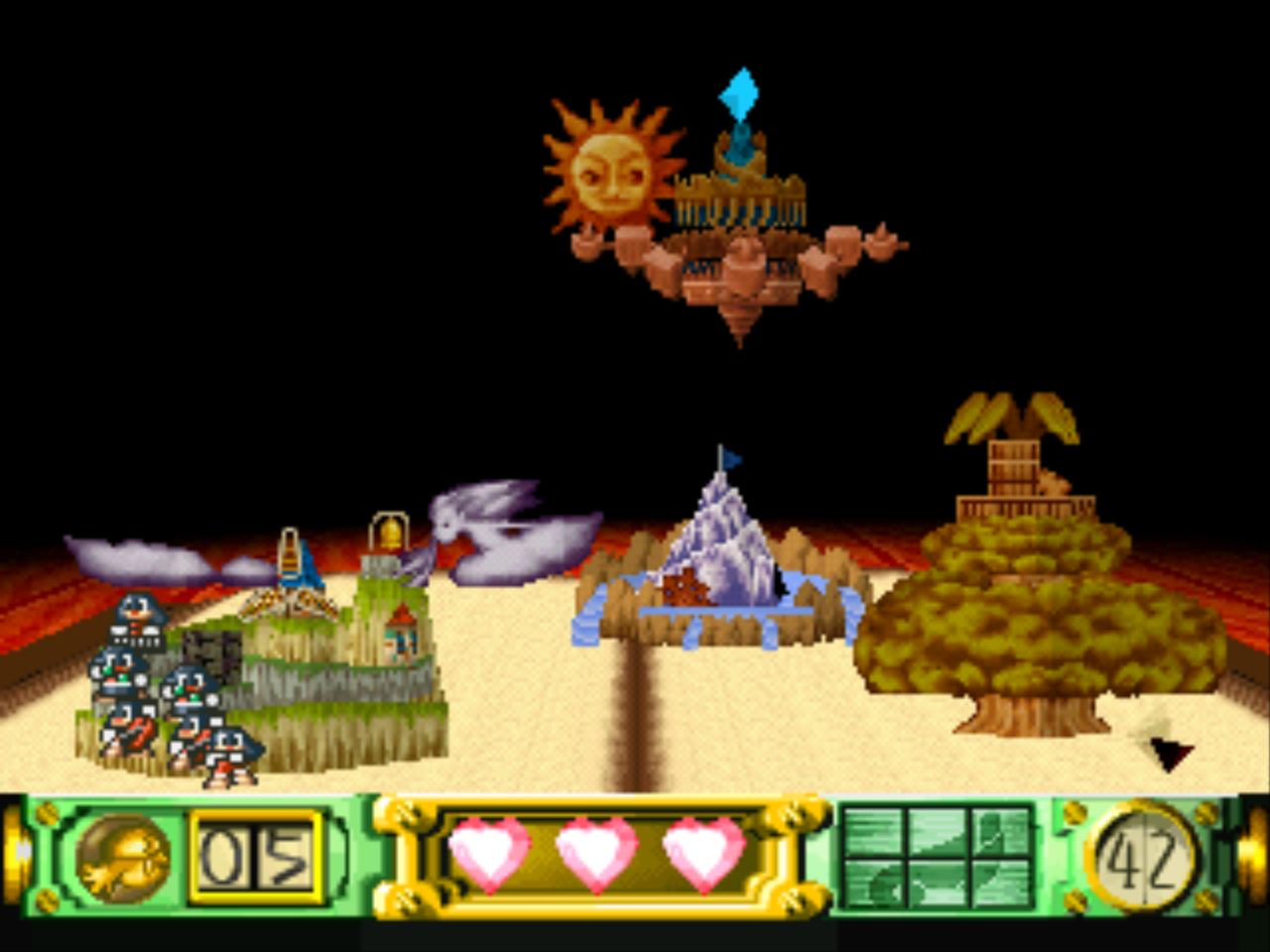 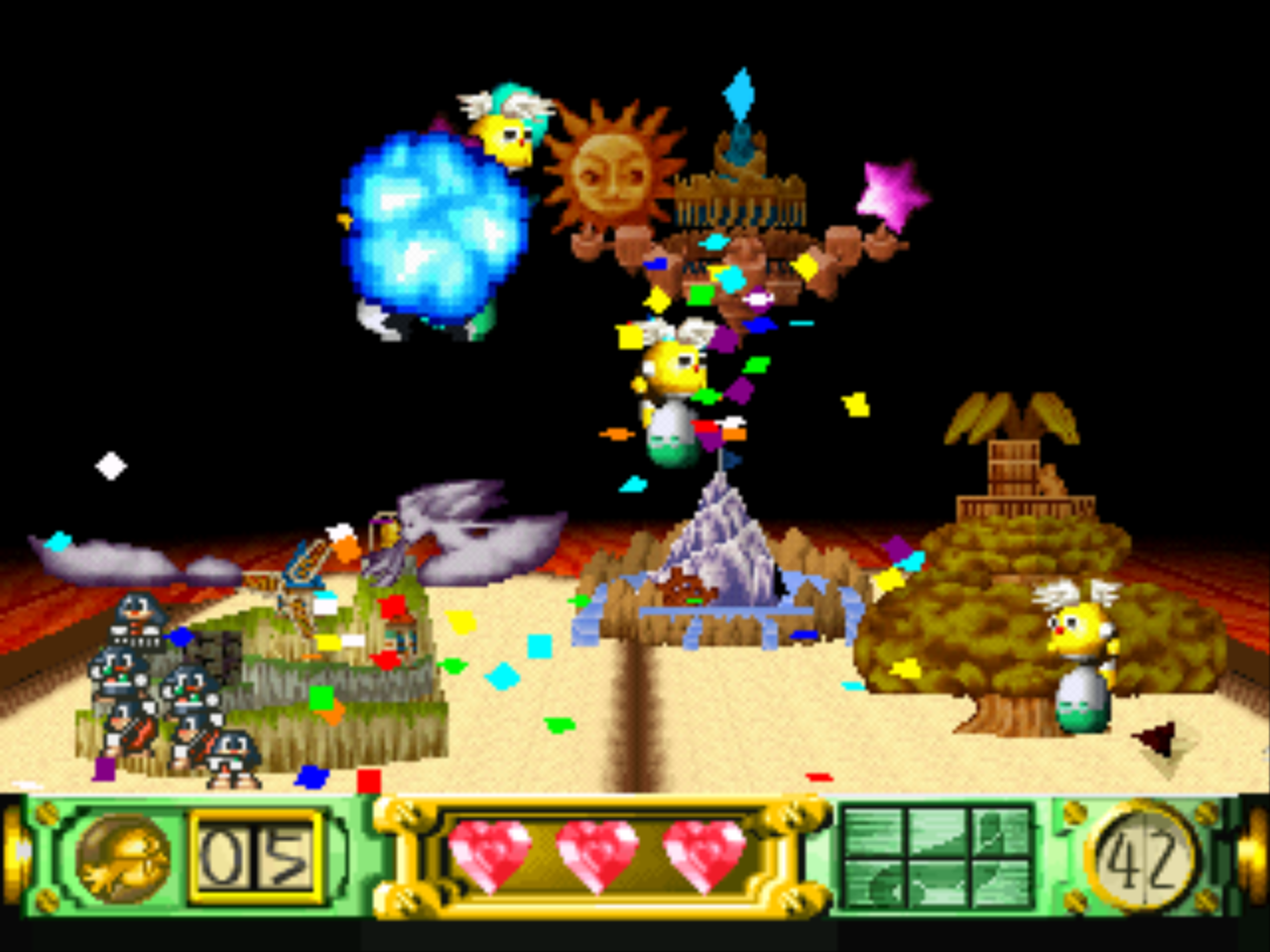 And the familiar save theme plays.

Turning the page, I save here, and continue on.