I have the flame send us back to Dao.

Erik and Neil are gone.

After some long enemy hunting at the Pyramid and Angkor Wat to max out Will's lives, we go upstairs and enter the silver doorway... 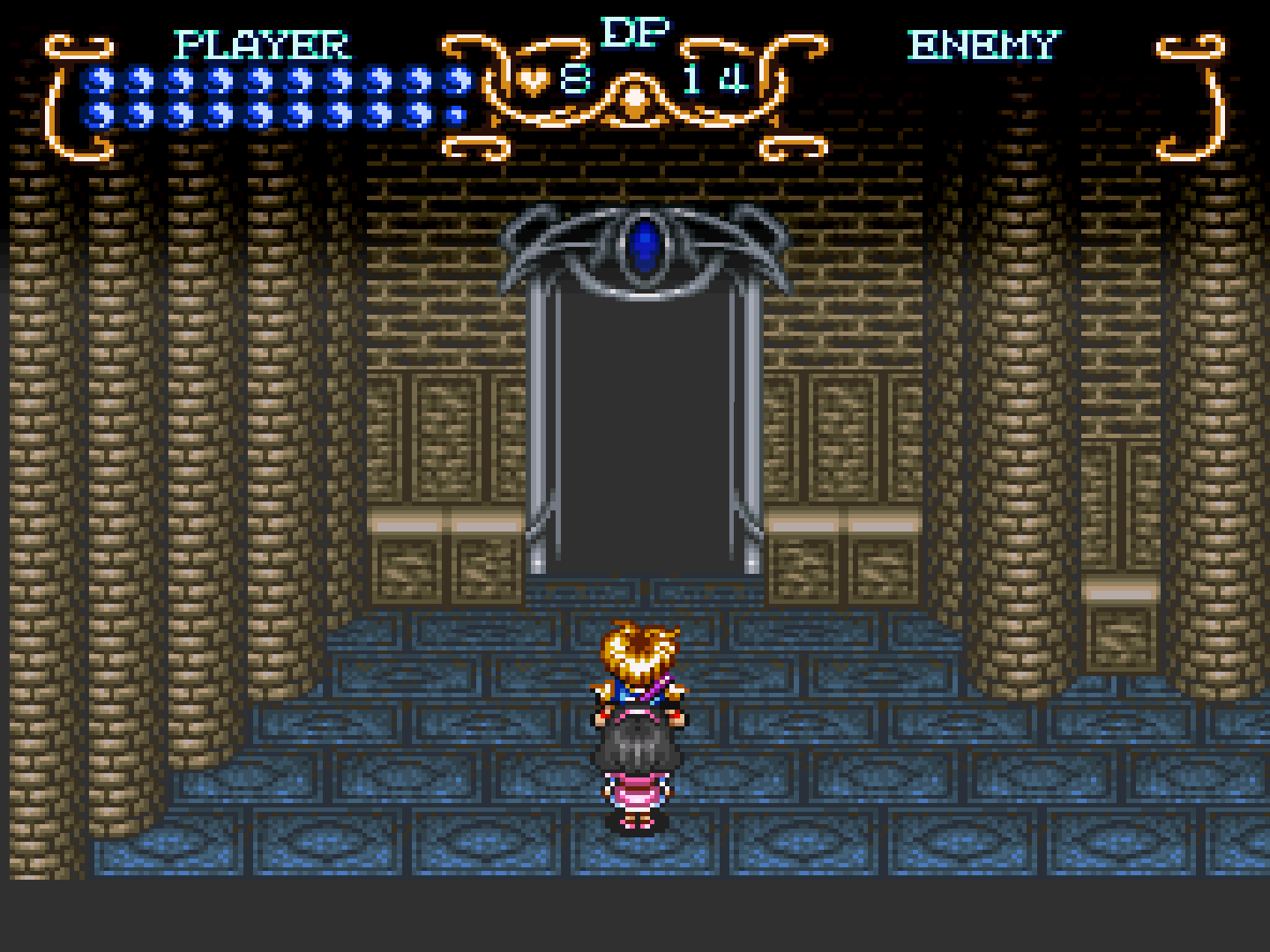 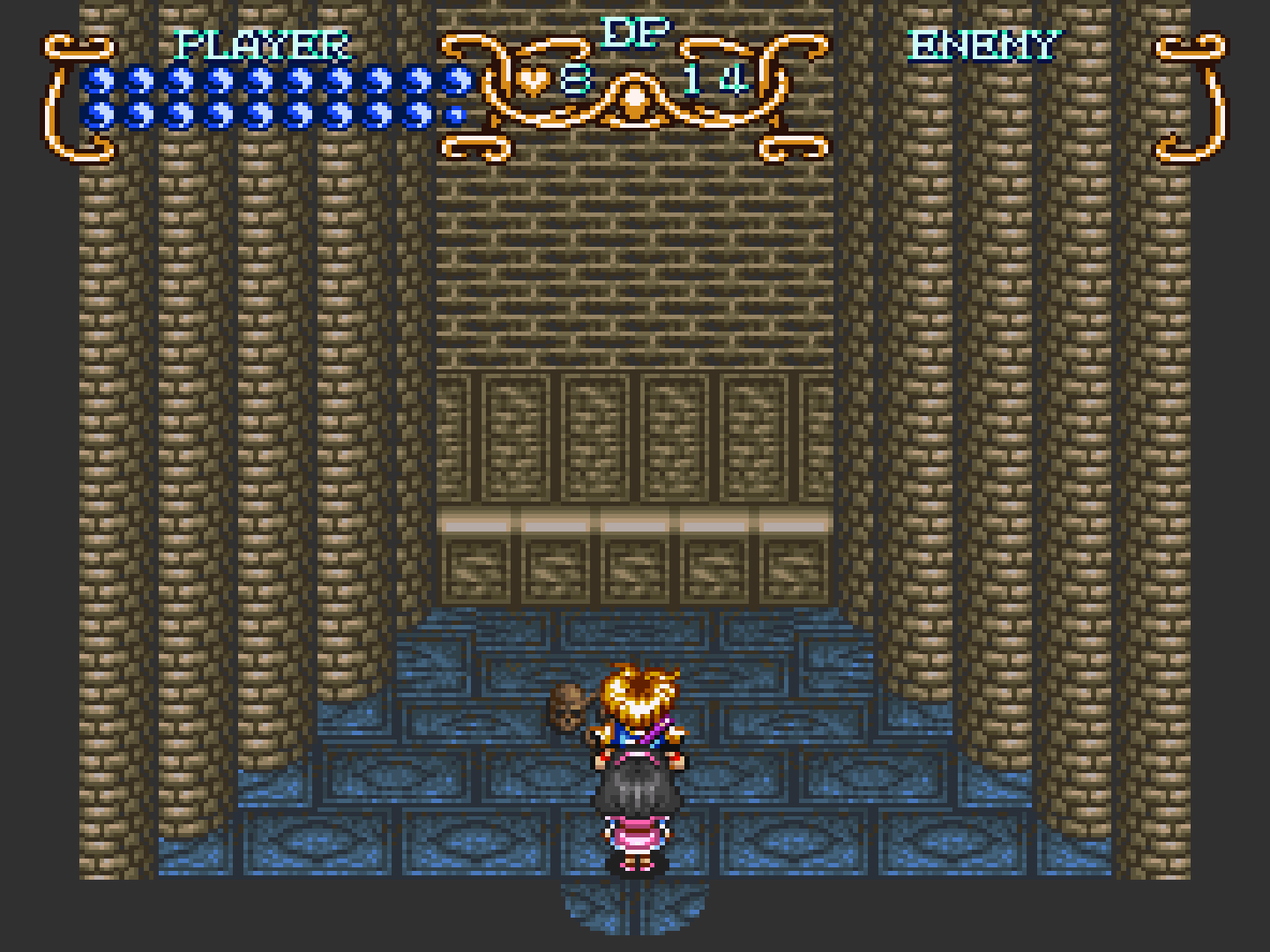 I knew it all along! The one speaking to Will is not his father, or is it?

I check the corpse. 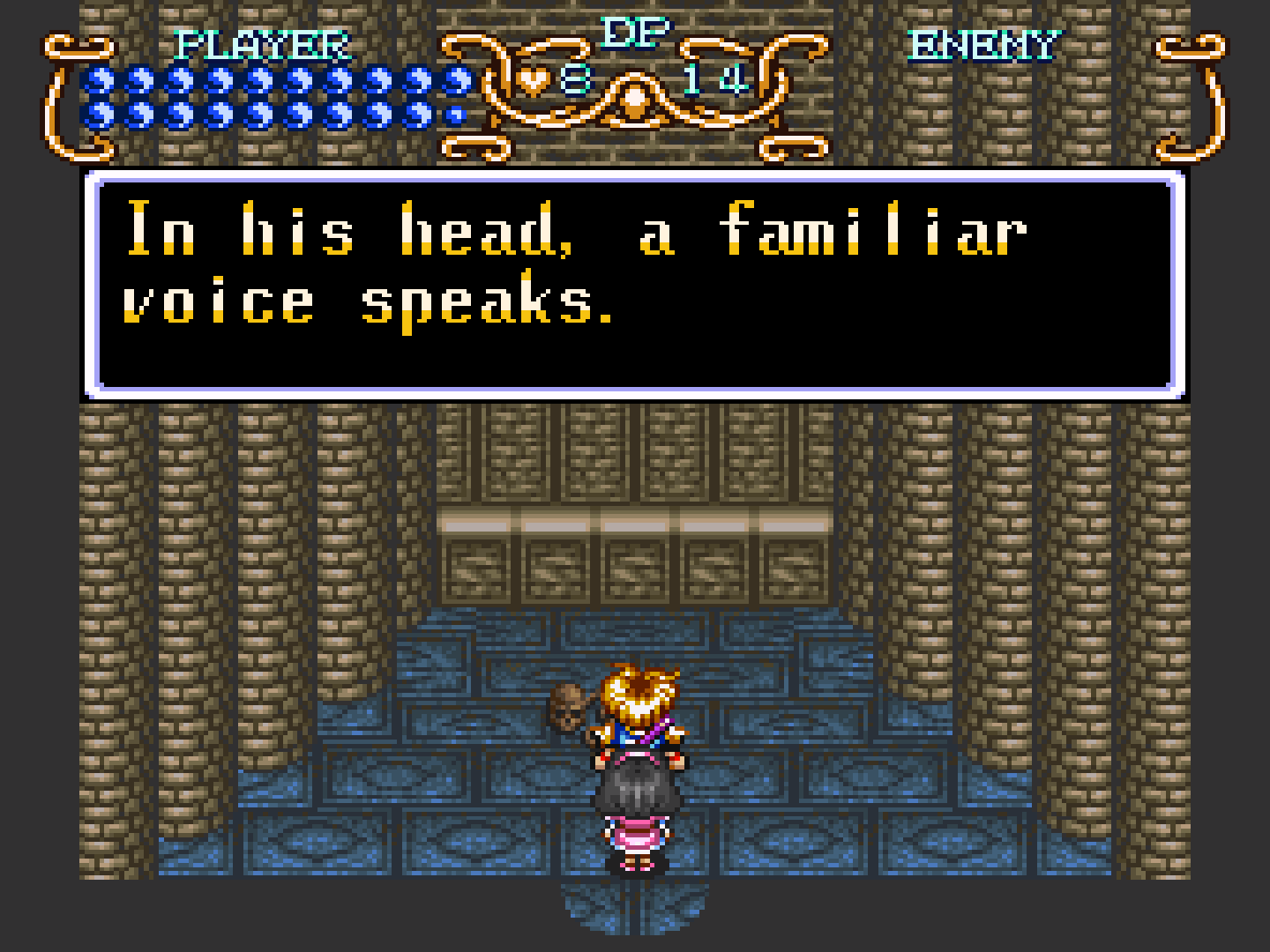 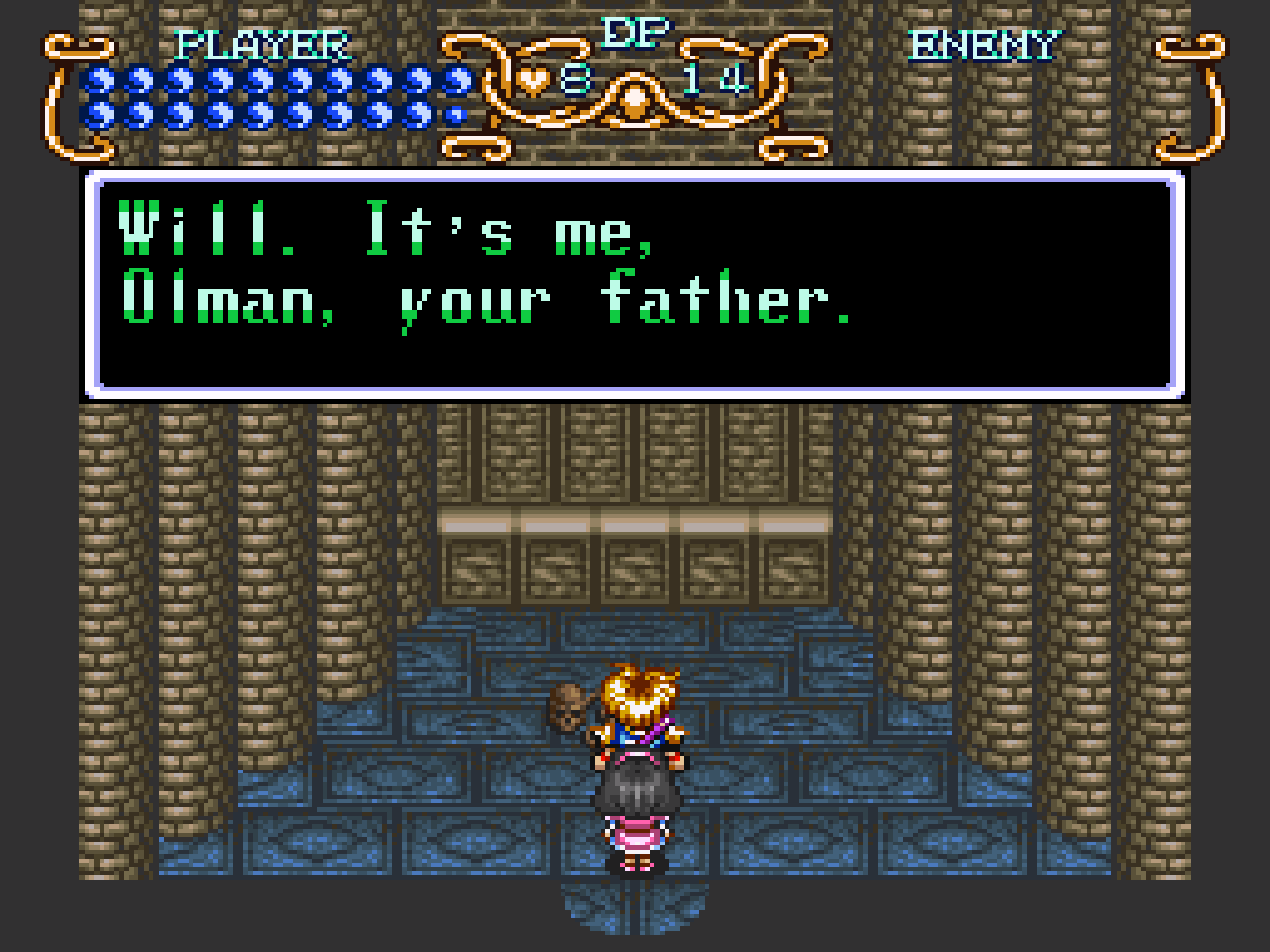 A blue flame appears before the corpse...Will is in shock... 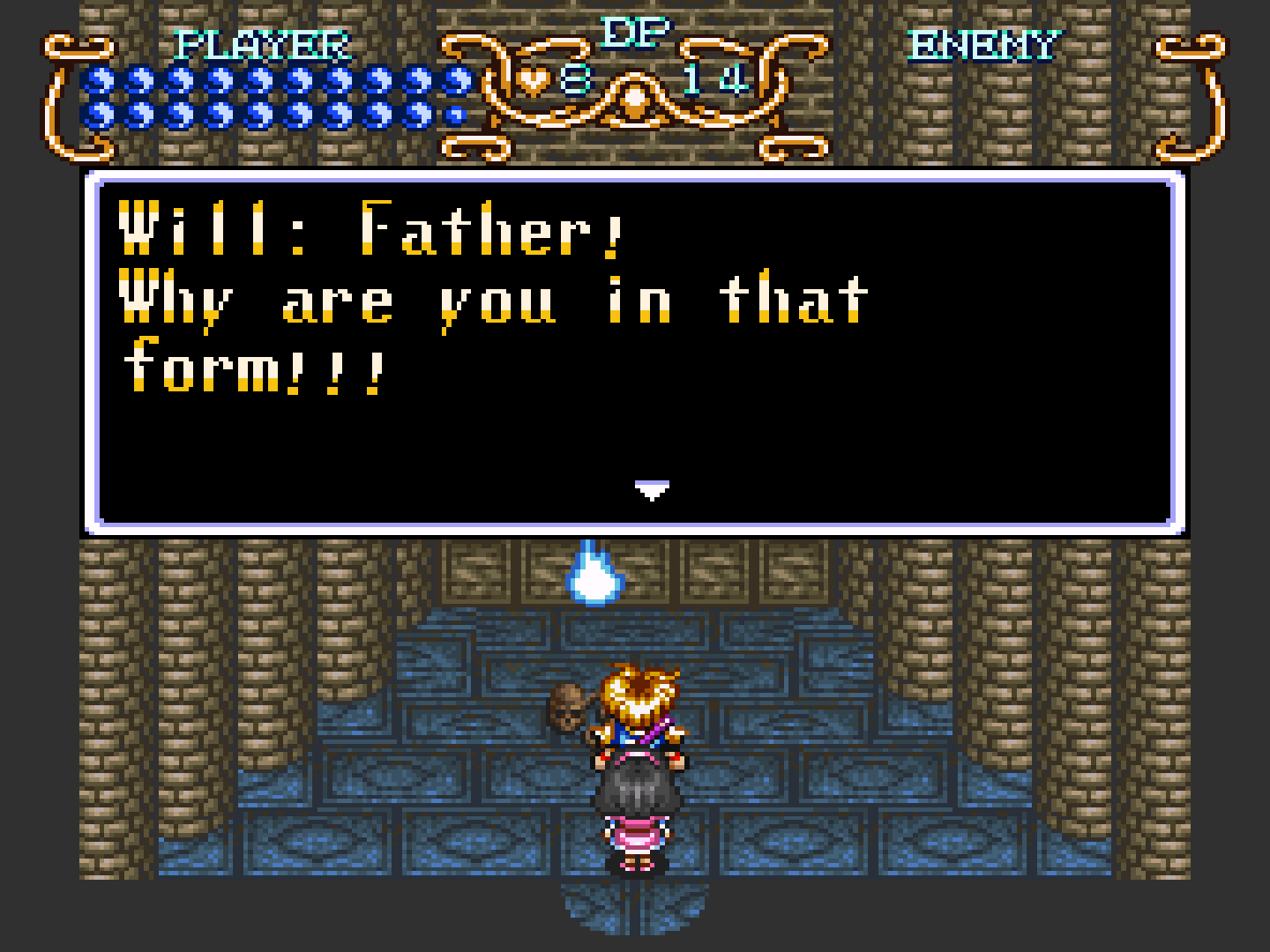 The music during rest plays again. It's such a calming tune.

Olman: "There's a strange room in the Tower of Babel, filled with the light of the comet. Time goes so fast there that people evolve quickly..."

Will wonders why it’s only him and Kara that are spared from the effects of time.

Olman: "Because you two are evolved humans."

Evolved? In what way? Kara wonders that too. 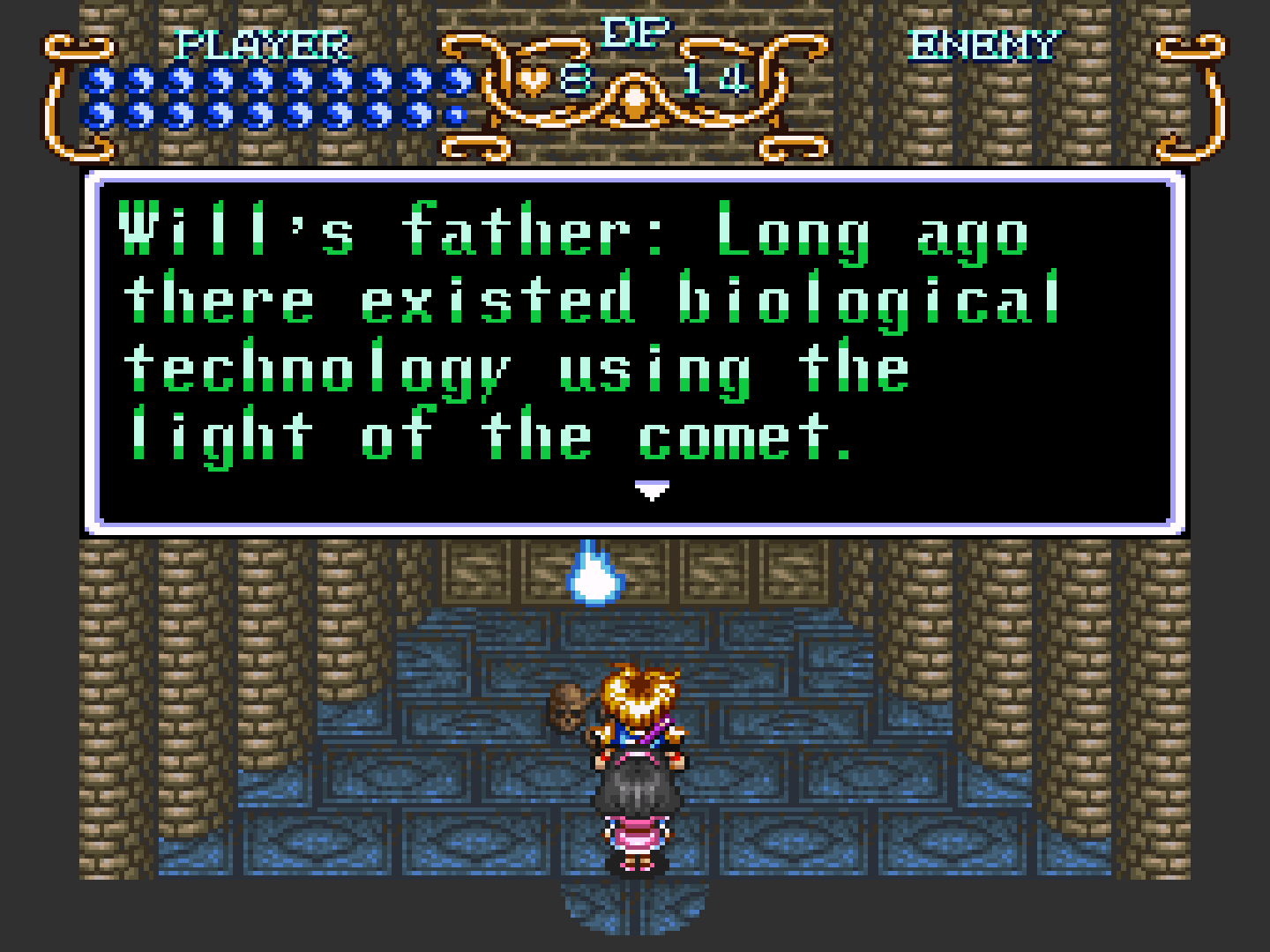 Technology from the comet!?

Olman: "People freely used the power to make plants and animals. For example, they made the camel..."

But he elaborates even further. 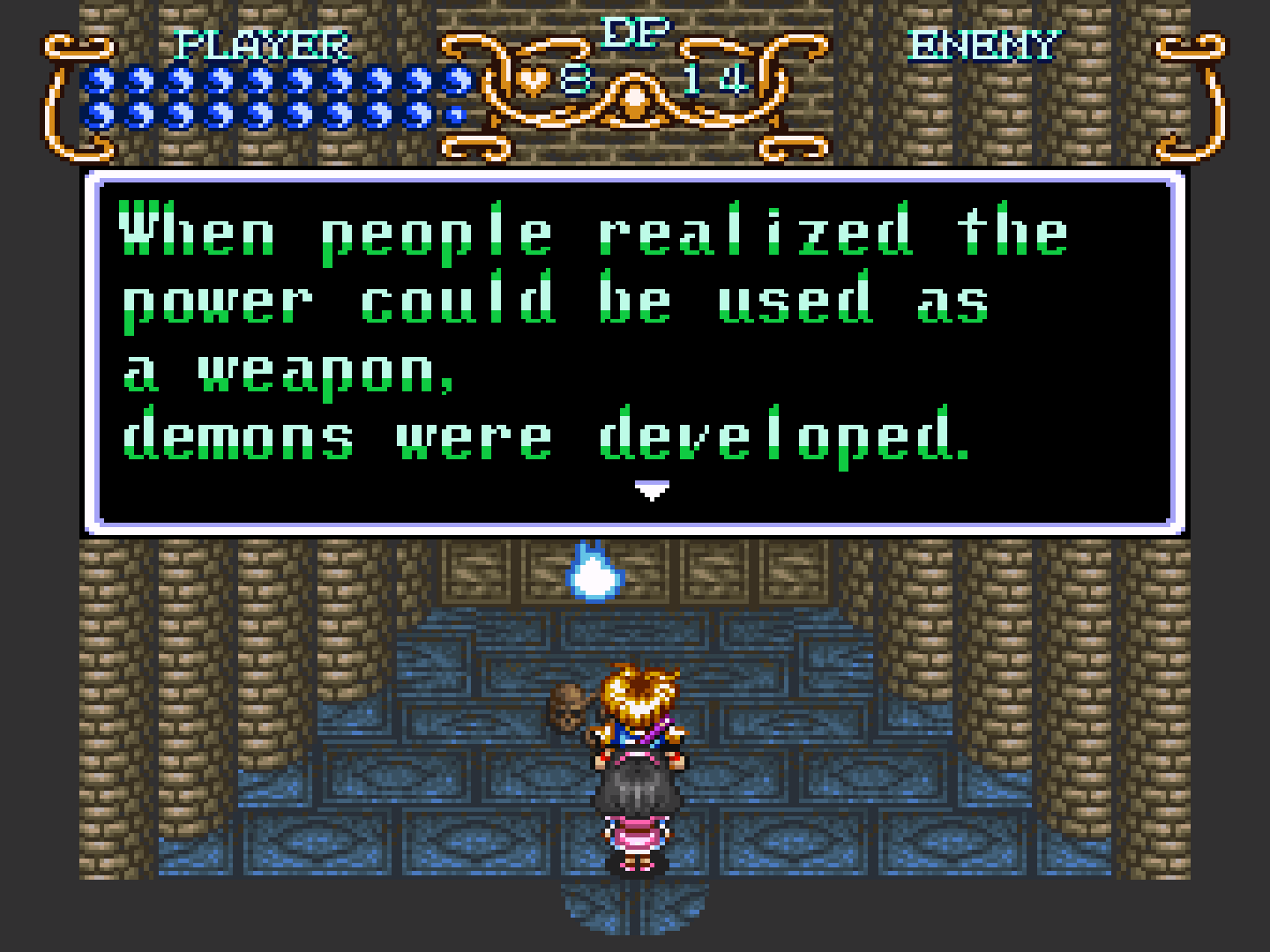 So that's why demons and the enemies we see in the ruins existed.

Olman: "At that time, the Knights of Darkness and Light were developed to decide the fate of humanity. They are your ancestors." Oh my god... 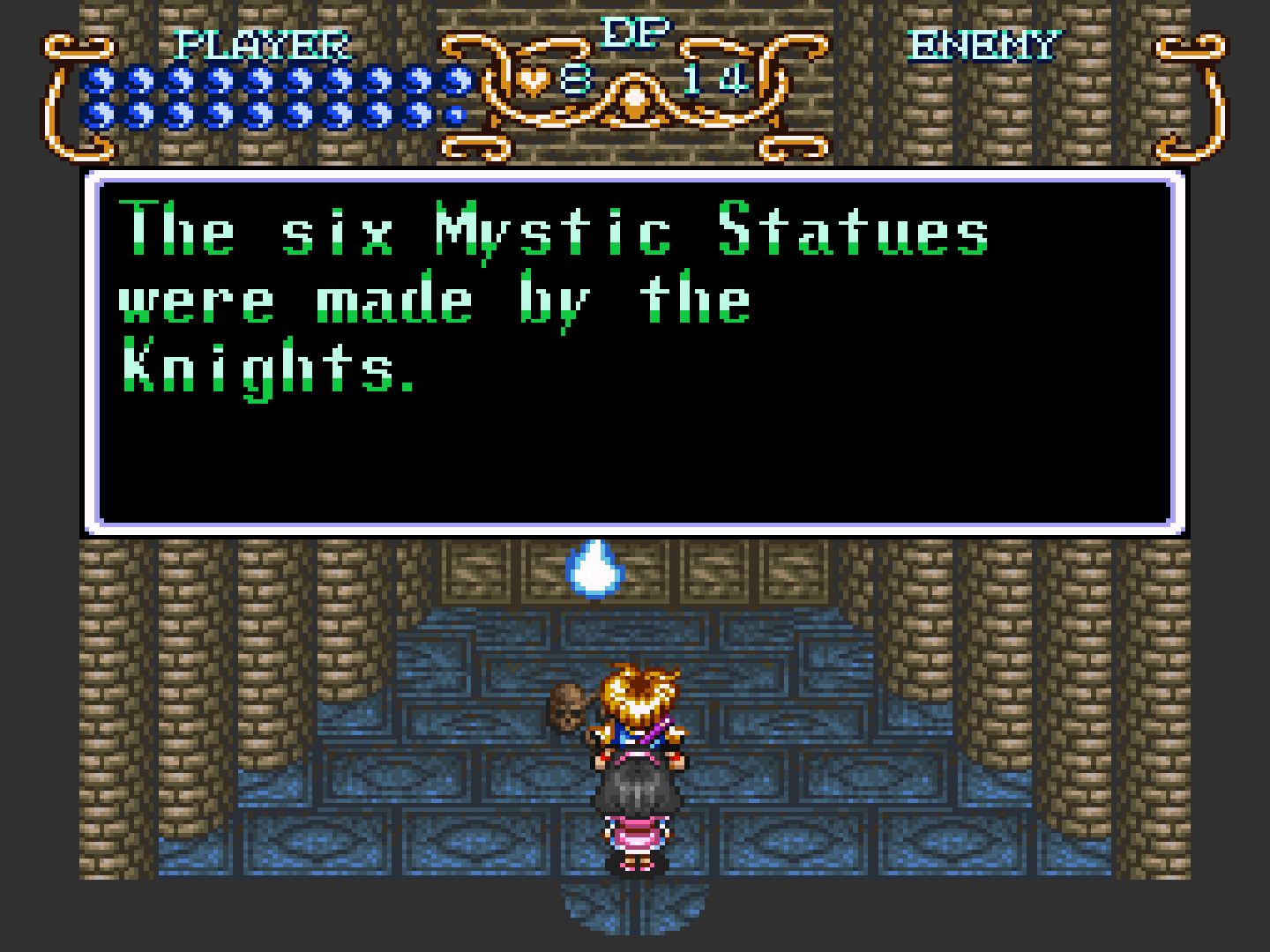 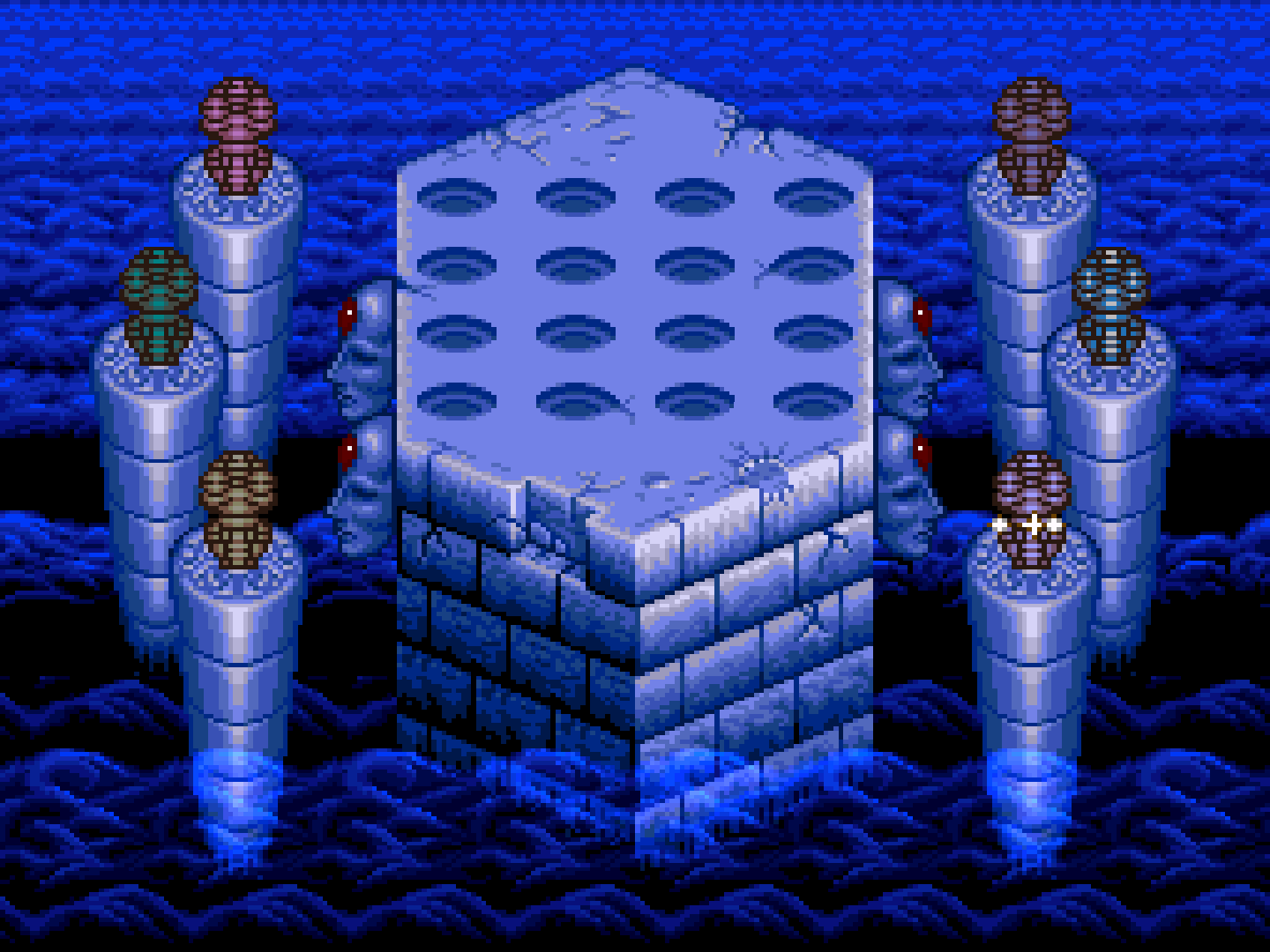 By the wording of what Olman said, I'm guessing either we had the last Mystic Statue all along, or maybe he's giving it to us...

His words of impending doom ring out once again. 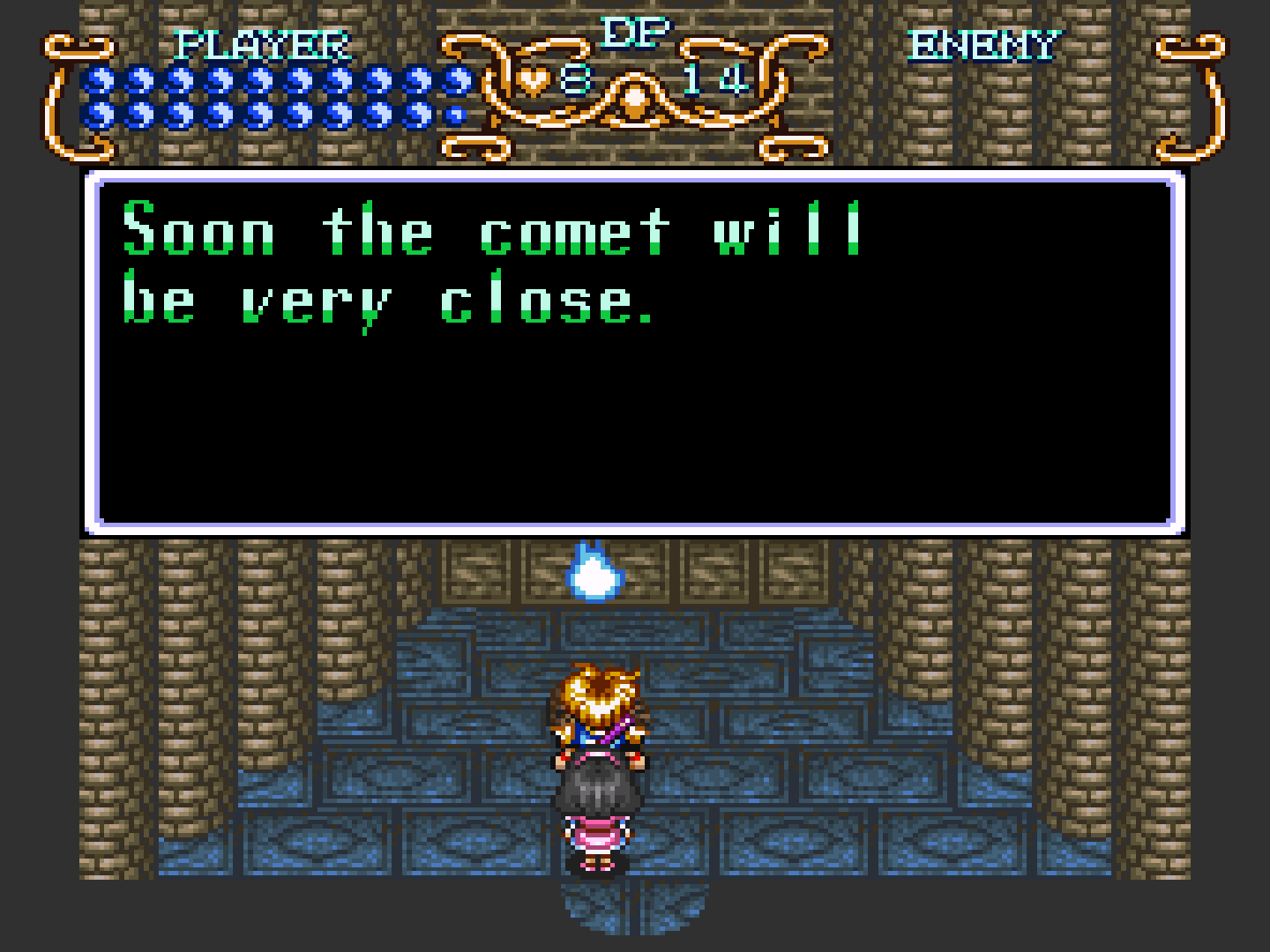 Olman: "By then, the two of you must go to the roof of the tower. Close your eyes..."

We're now at the tower's rooftop. 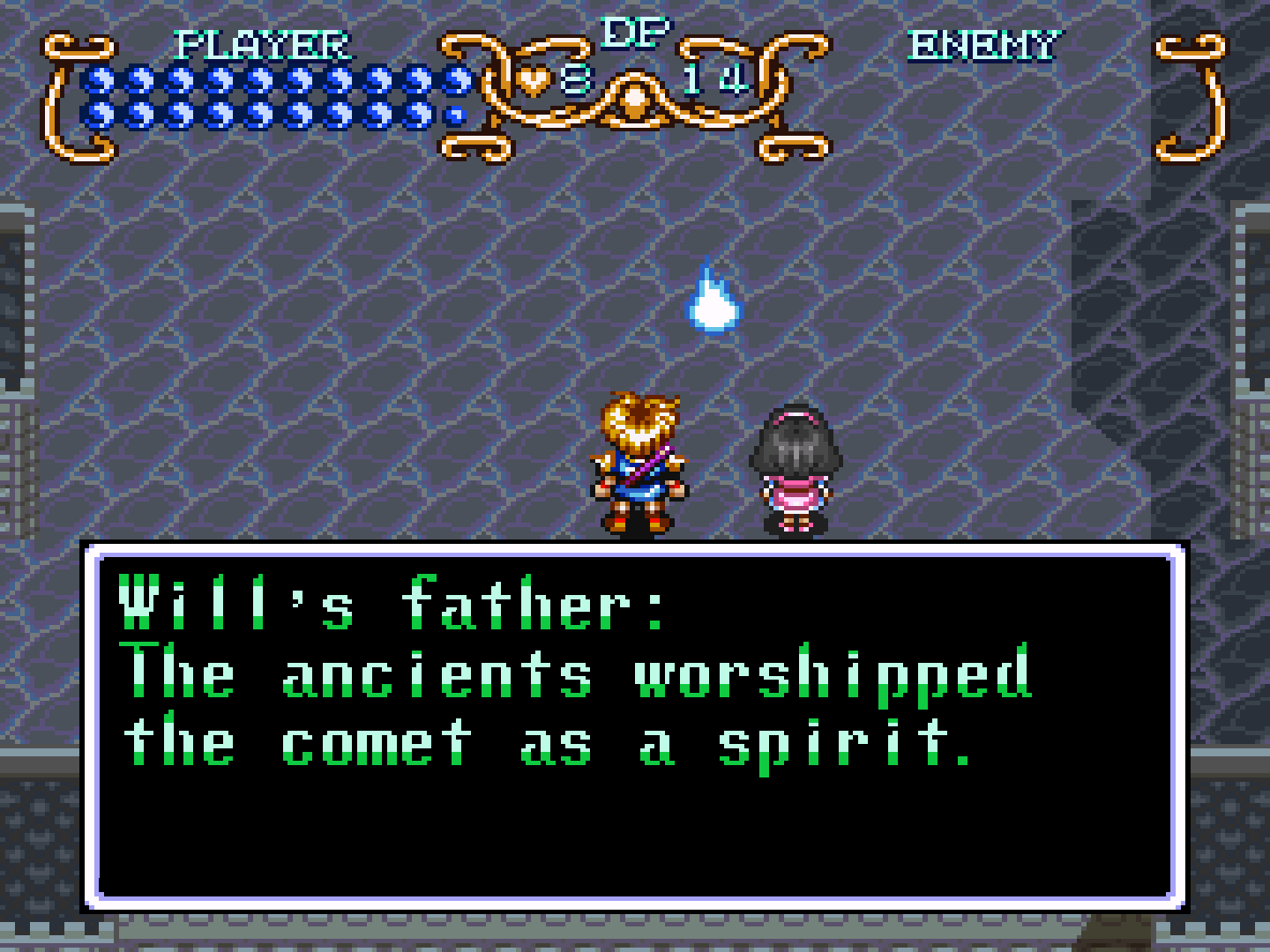 Olman: "Those who bathed in the comet's light were given a strange power. The comet is called a spirit, but it's an unwelcome spirit. Evolving too fast brings destruction...As long as people have evil hearts, demons will be born."

He tells Will to open his eyes and look around... 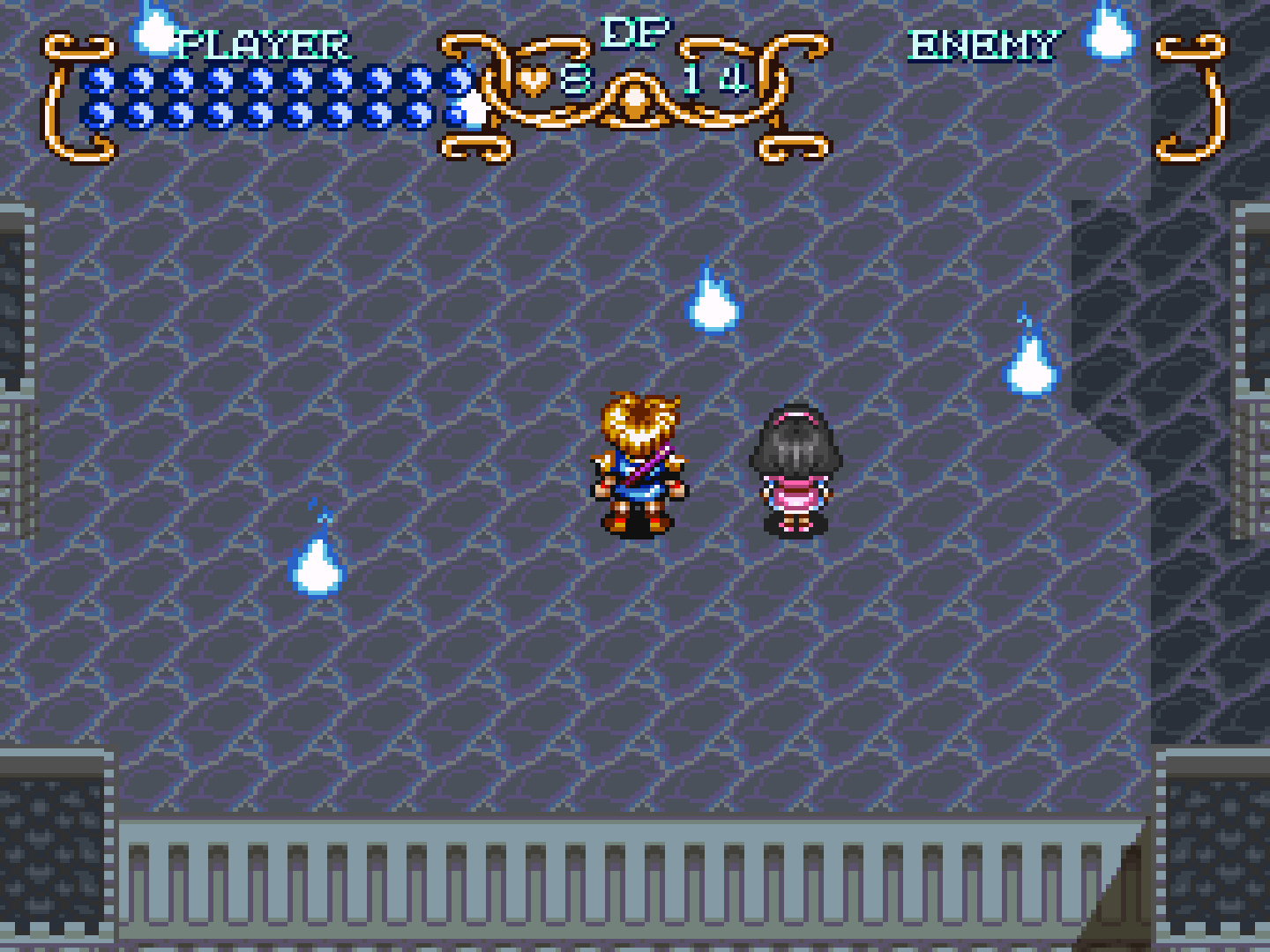 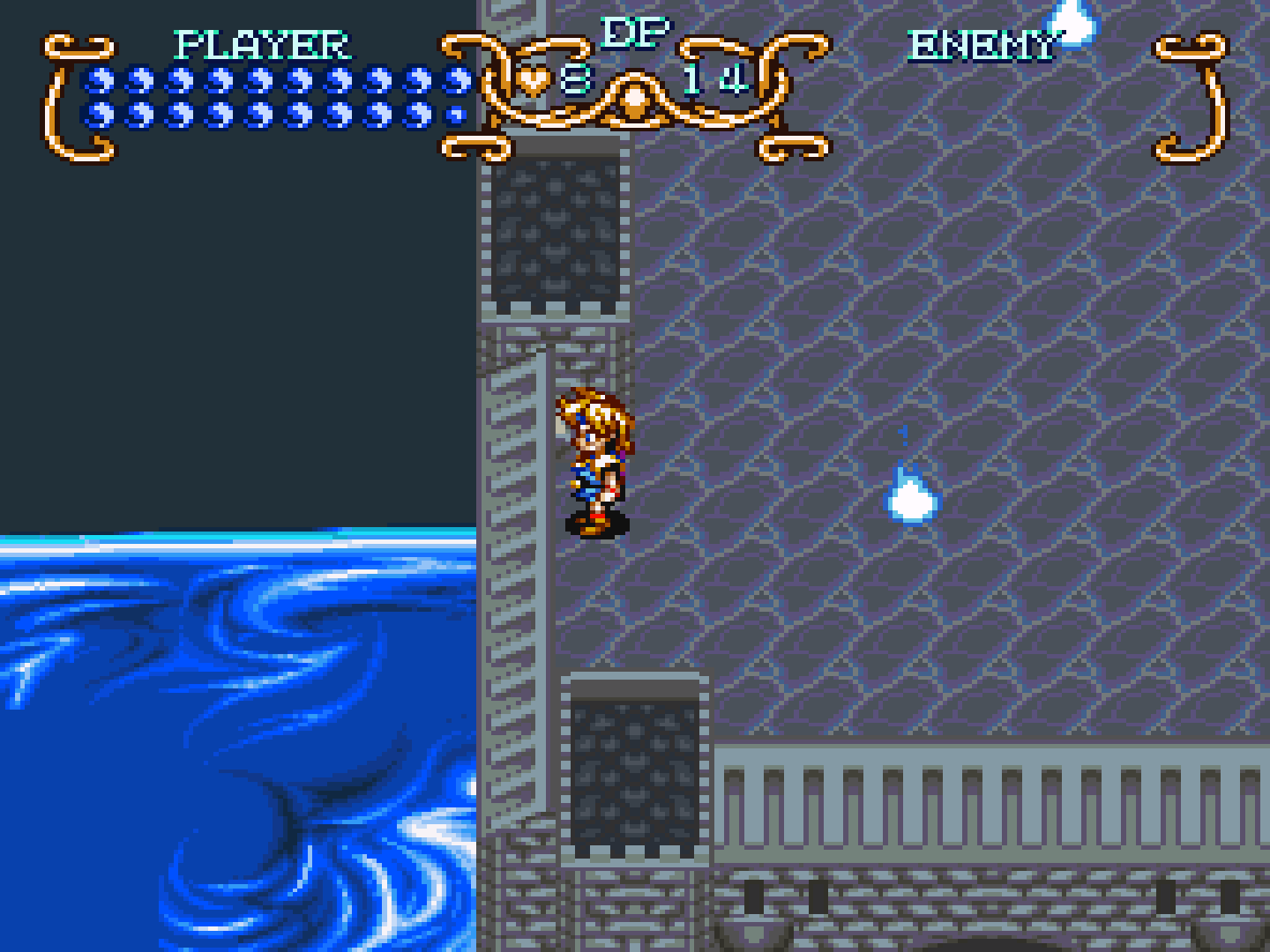 I speak to one of the souls, who's Neil's mother. She can see the world but can't interact with it anymore. Neil's father is in shock at what Neil is doing; he wants Neil to expand the company, not change it.

I talk to the next flame: it's Seth. 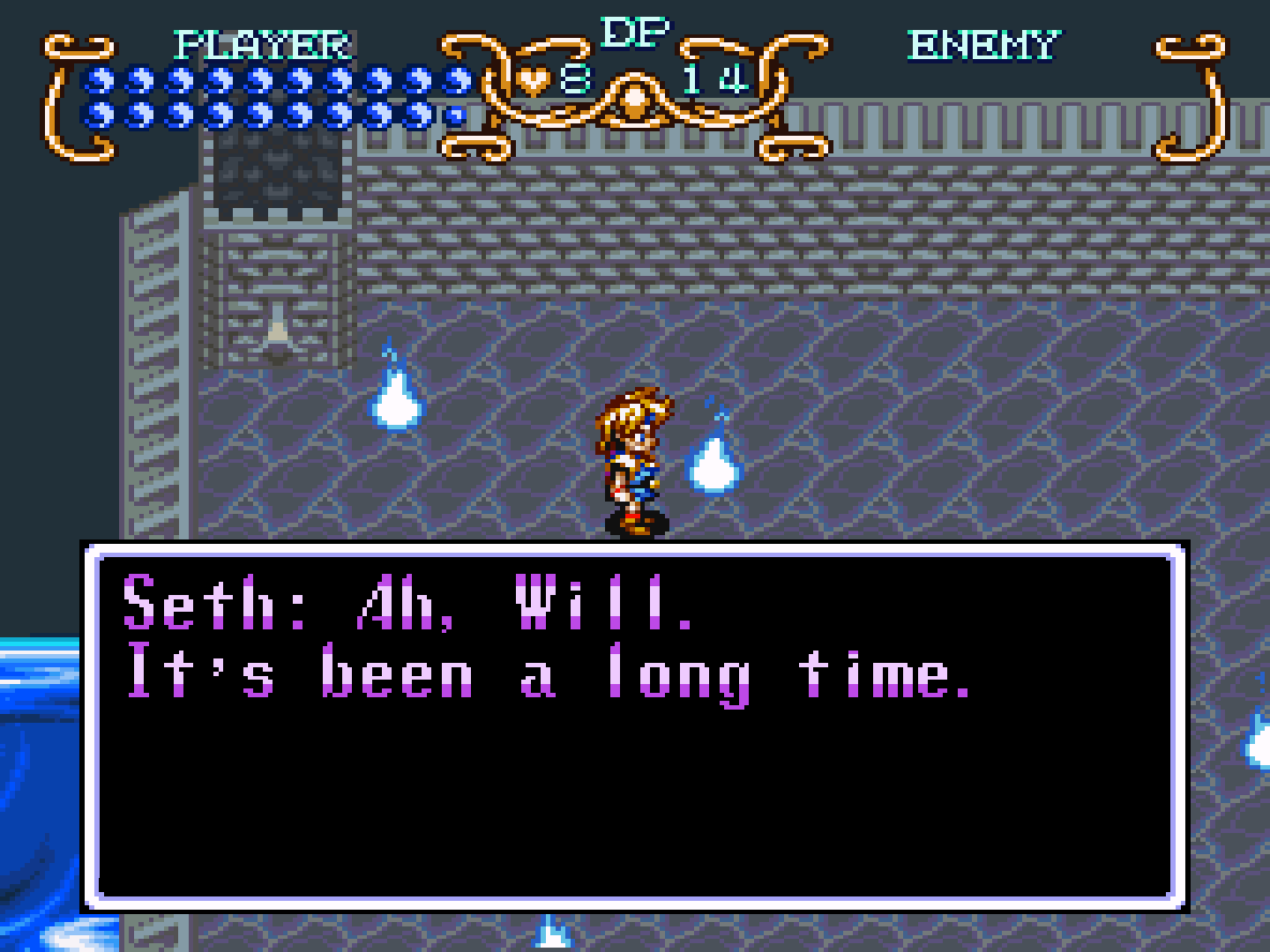 Seth: "Such a world. If I could talk of this at an academy, I'd be a great scholar."

There’s Hamlet's soul, oinking at us.

Will: "Of course. There's no difference between humans and animals..."

We talk to another soul, who's unnamed here. 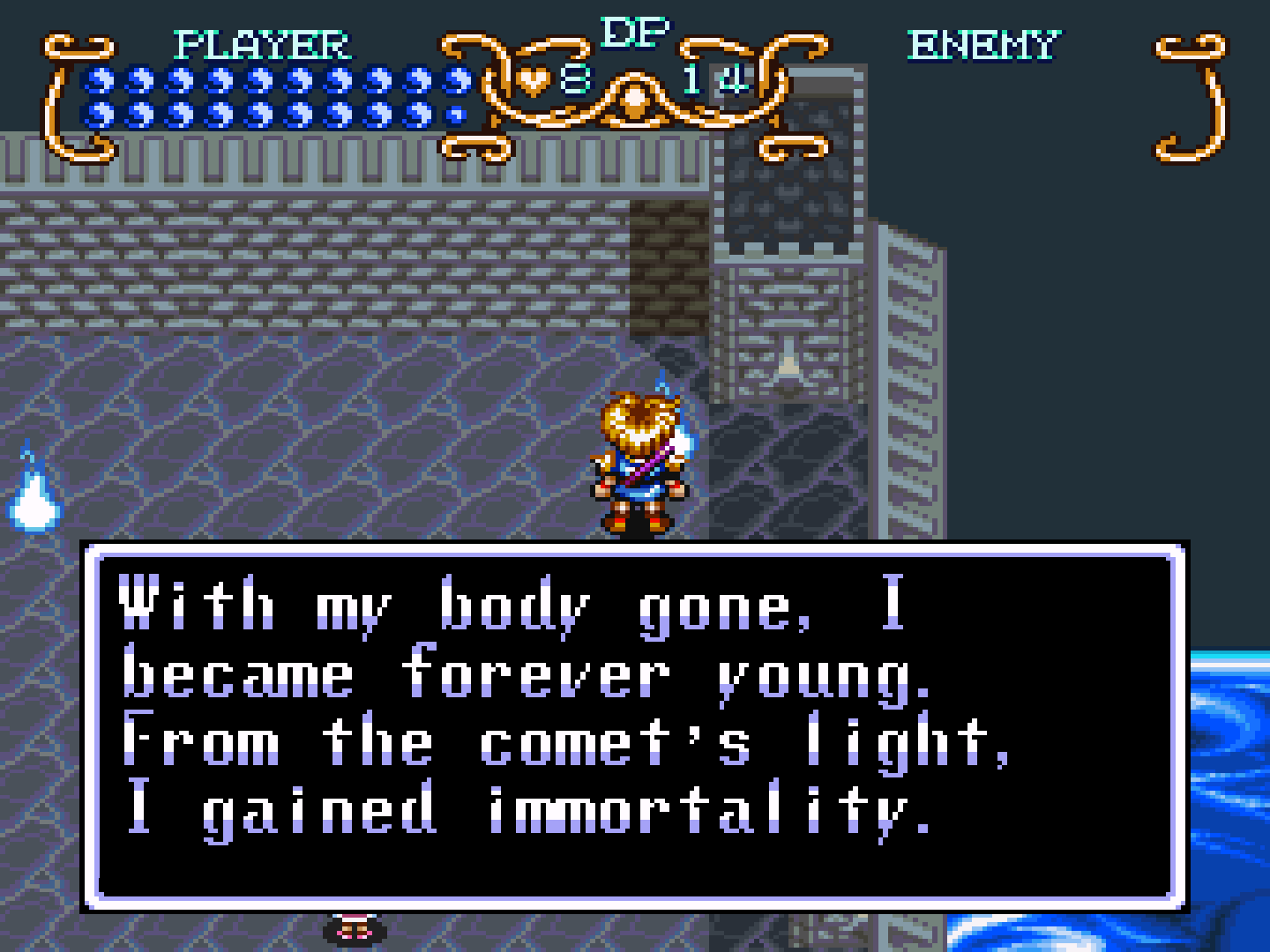 "But is there meaning in eternal life? I felt more alive when I had a terminal disease."

We talk to Olman's soul once more. 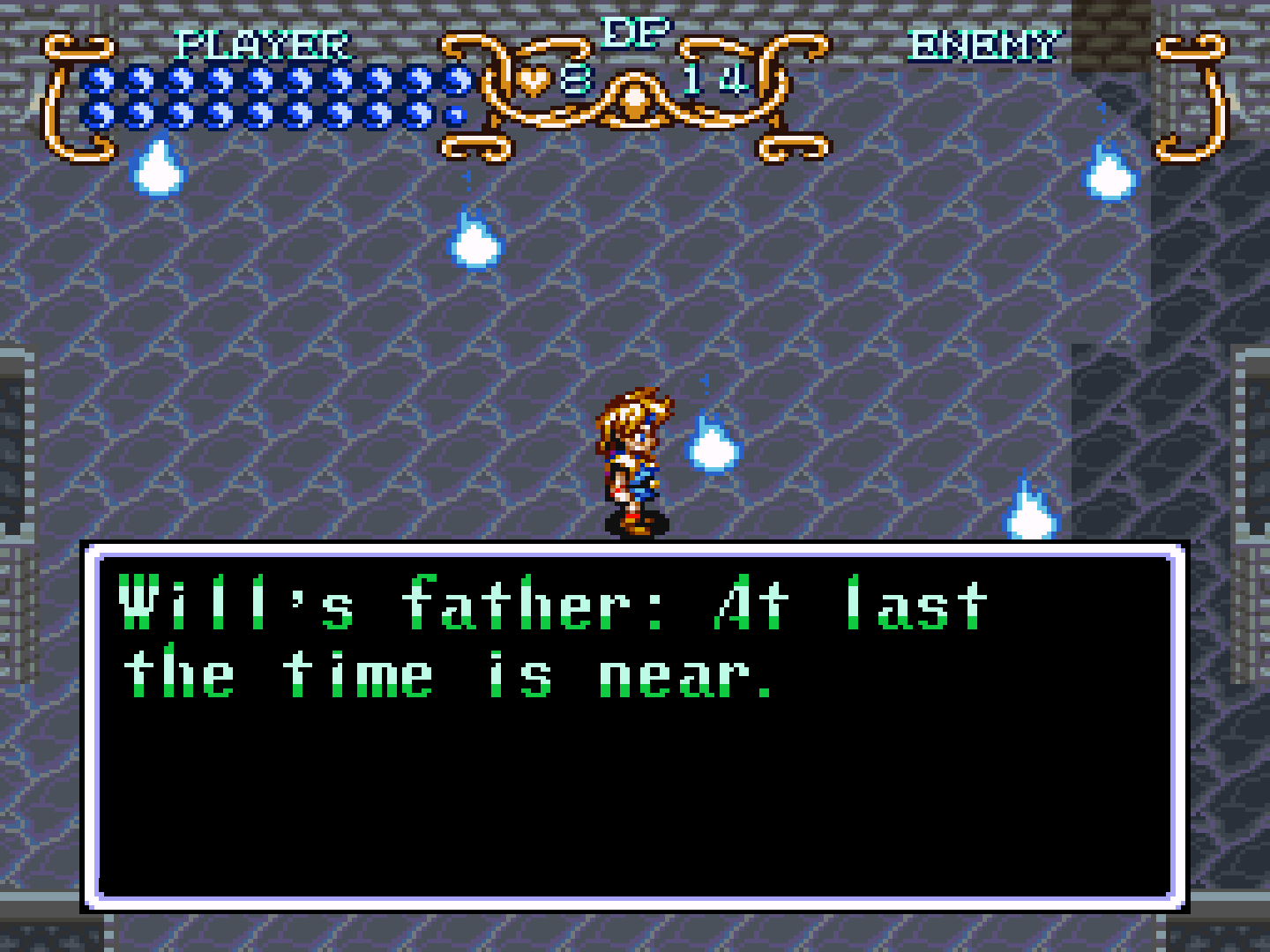 So the comet is truly coming...

He tells the souls around him to lend Will power to destroy the comet!

All the souls gather into Will...

I speak to Kara. 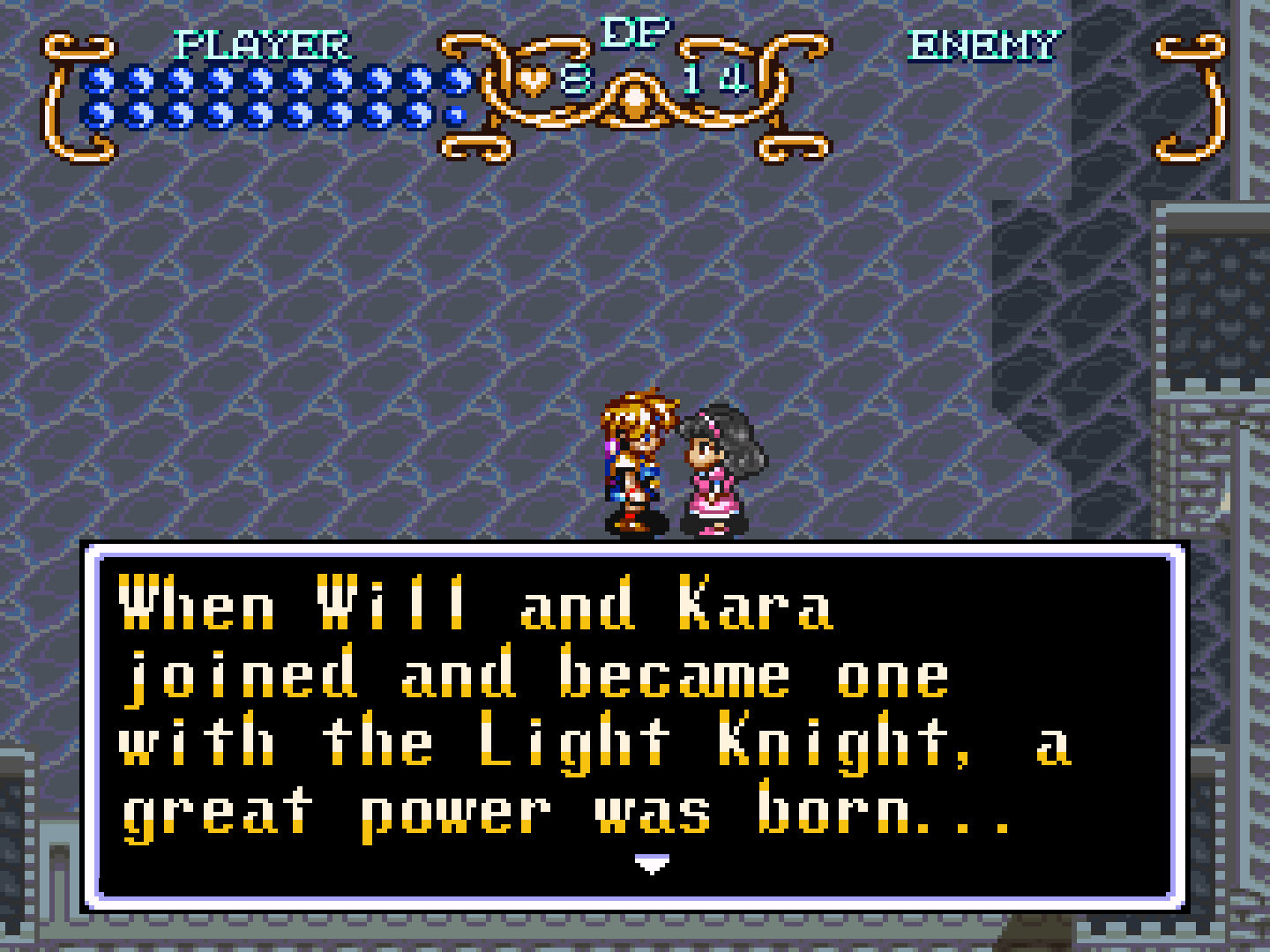 "The Knights were brought forth. The Dark Knight's ultimate power, the Firebird, was released!"

Kara fuses with Will...

The Mystic Statues circle around Will...as he kneels down... 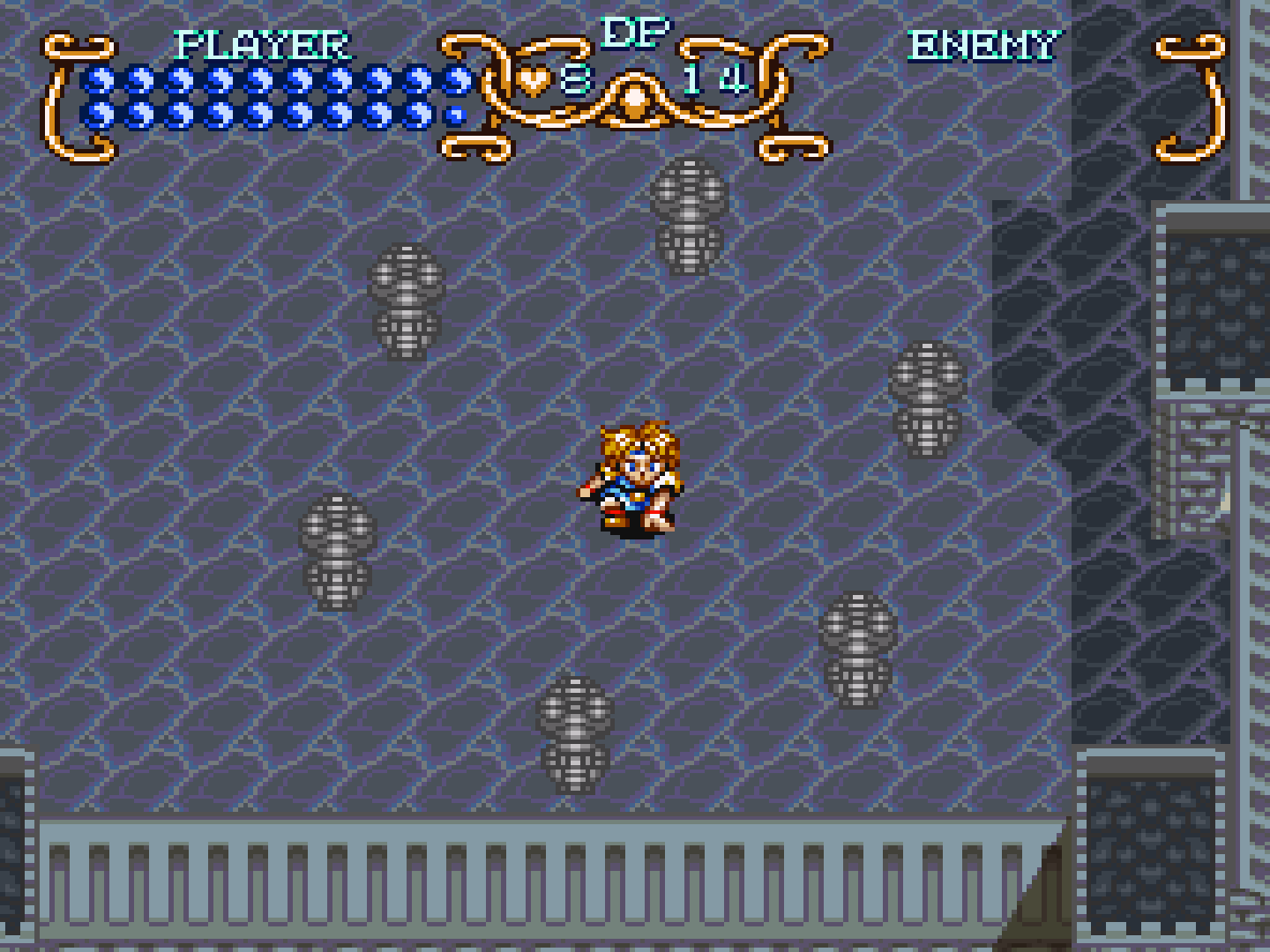 He's about to transform into Shadow once again...

Olman's soul speaks to us again. 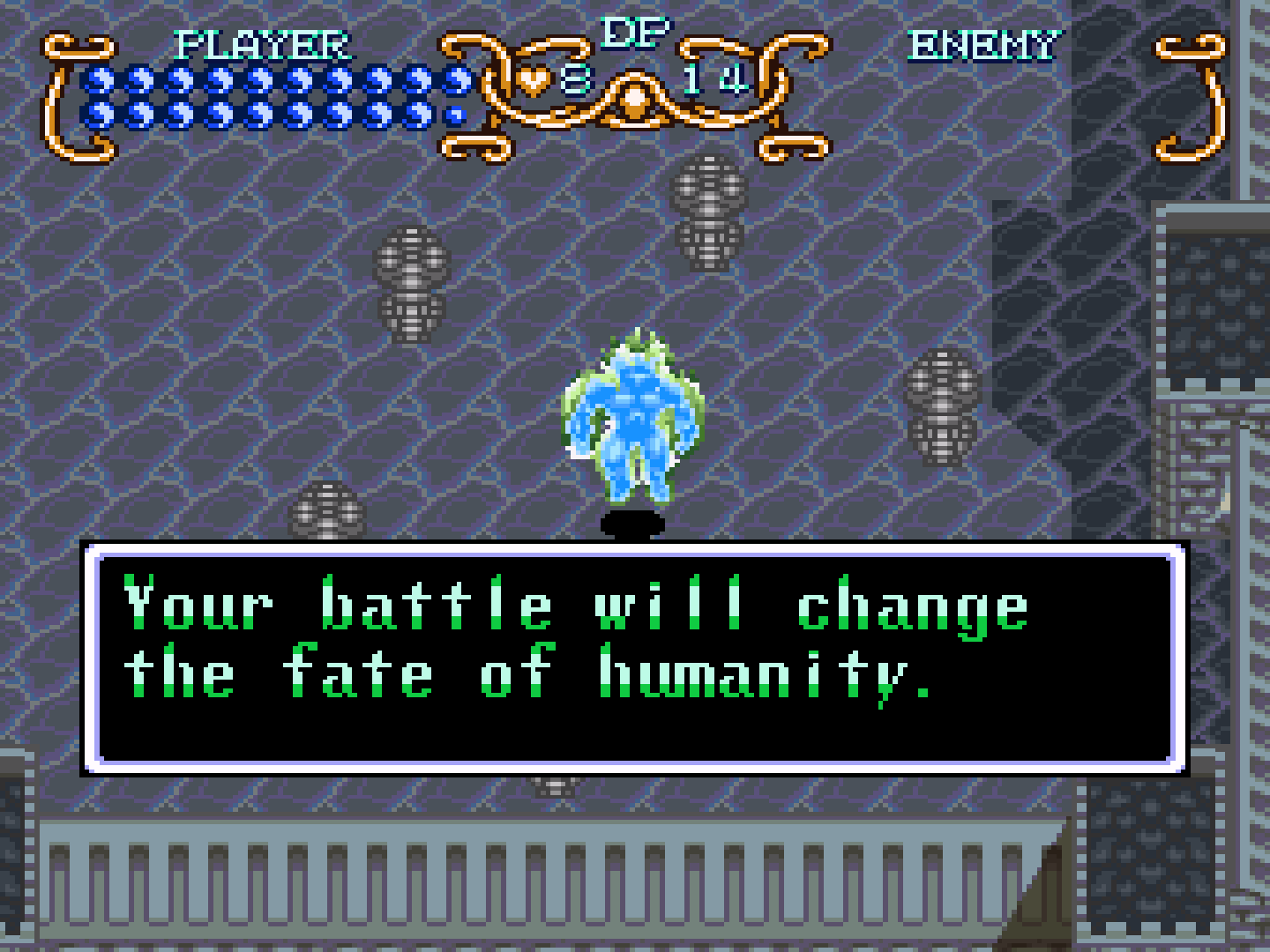 Olman: "Now you must go to the comet!"