I find the nearest Dark Space portal and transform back into Will.

After long backtracking, we head back into Freejia.

Back at the inn, I have Will use the Memory Melody from Sam to help Lance... 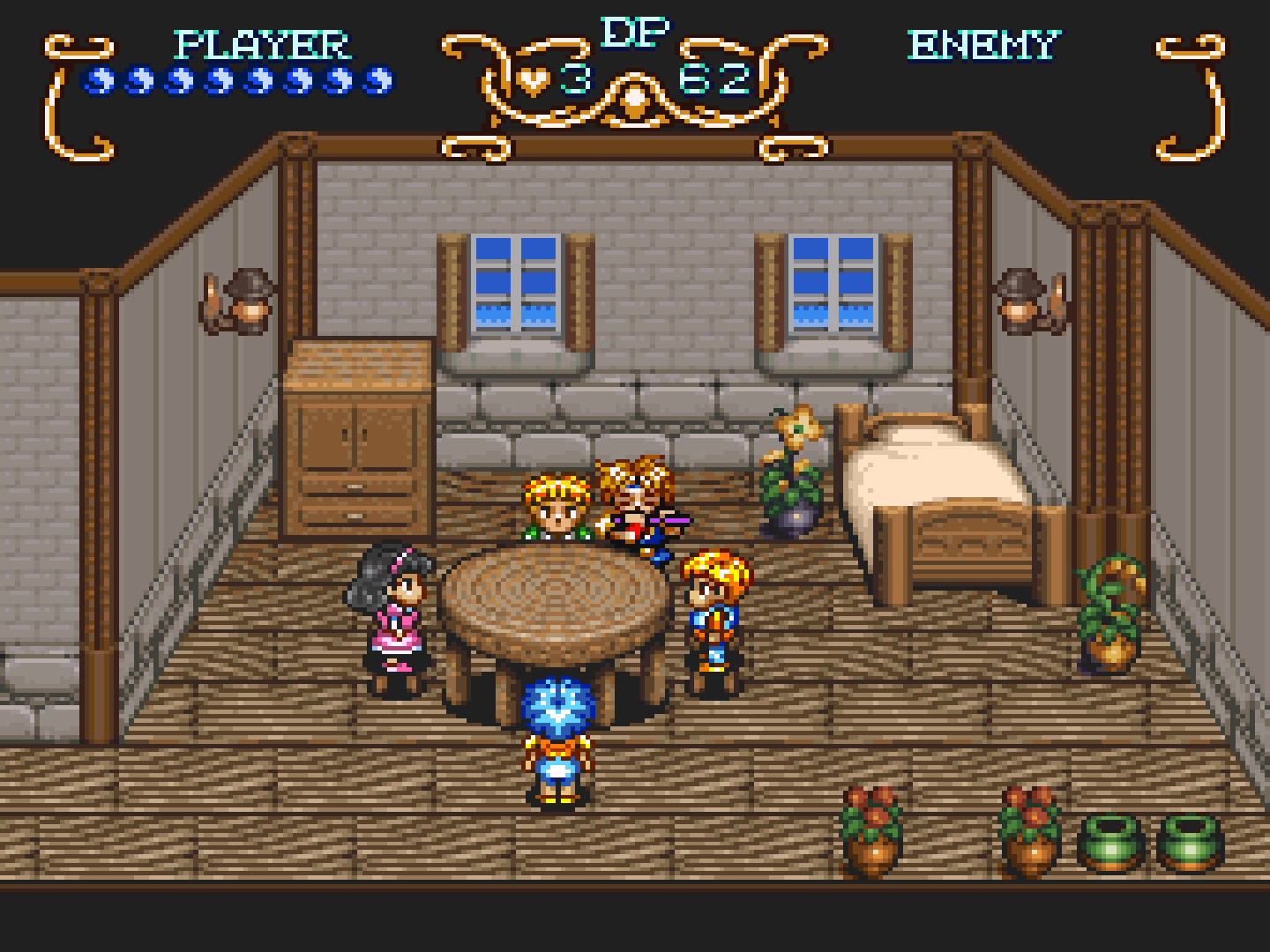 This game does have an Ocarina of Time feel to it...and this was released five years before that game.

Now we're inside a Dark Space of sorts, as the stars begin to rise up...the calm music begins playing again. 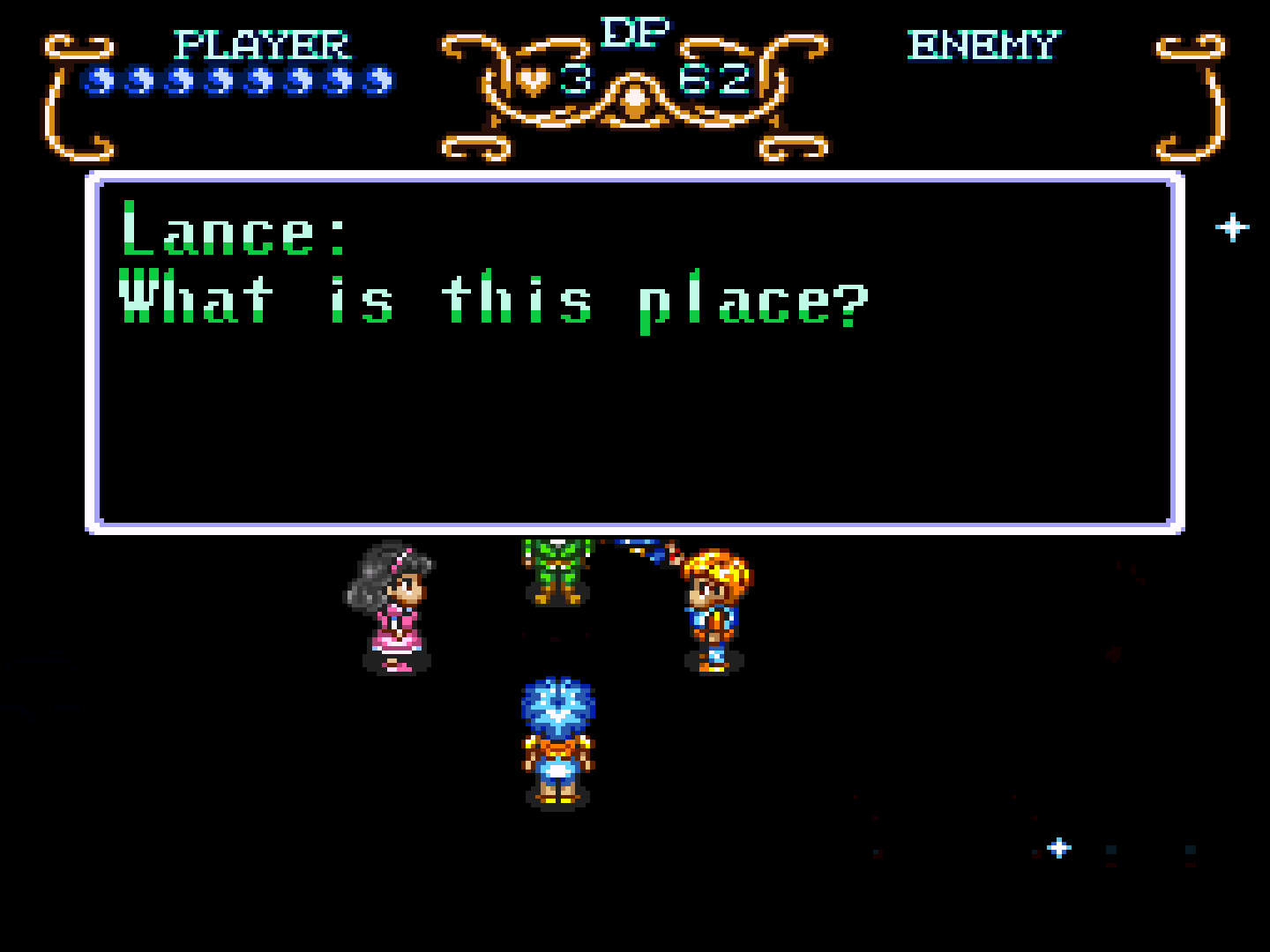 Kara: "Somehow I feel a little homesick..."
Erik: "I feel like I'm back in the womb..."
Lilly: "Everything that's happened and the people I've met are pouring into my head..."

Lance: "When my father didn't come back from an expedition...the most important thing in my life was gone. I didn't know what to do." So his story is the same as Will's...

Kara mentions her reason for going on this quest with us: her hatred of her father because of his obsession of conquering other lands.

Kara: "It's awful when someone loses their life. What had taken years to put together was destroyed in one moment." 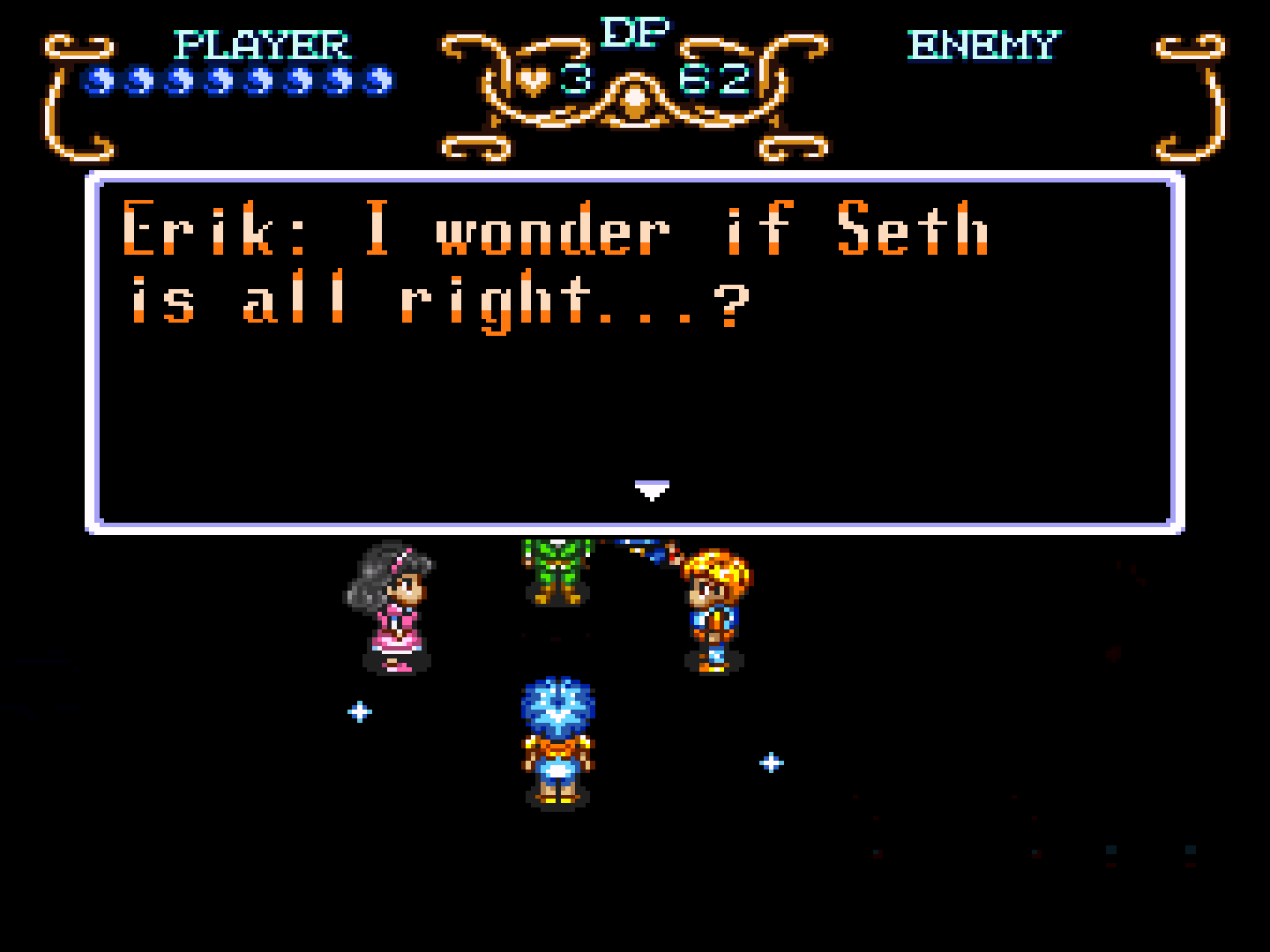 I'm wondering that too, Erik. Where is Seth? 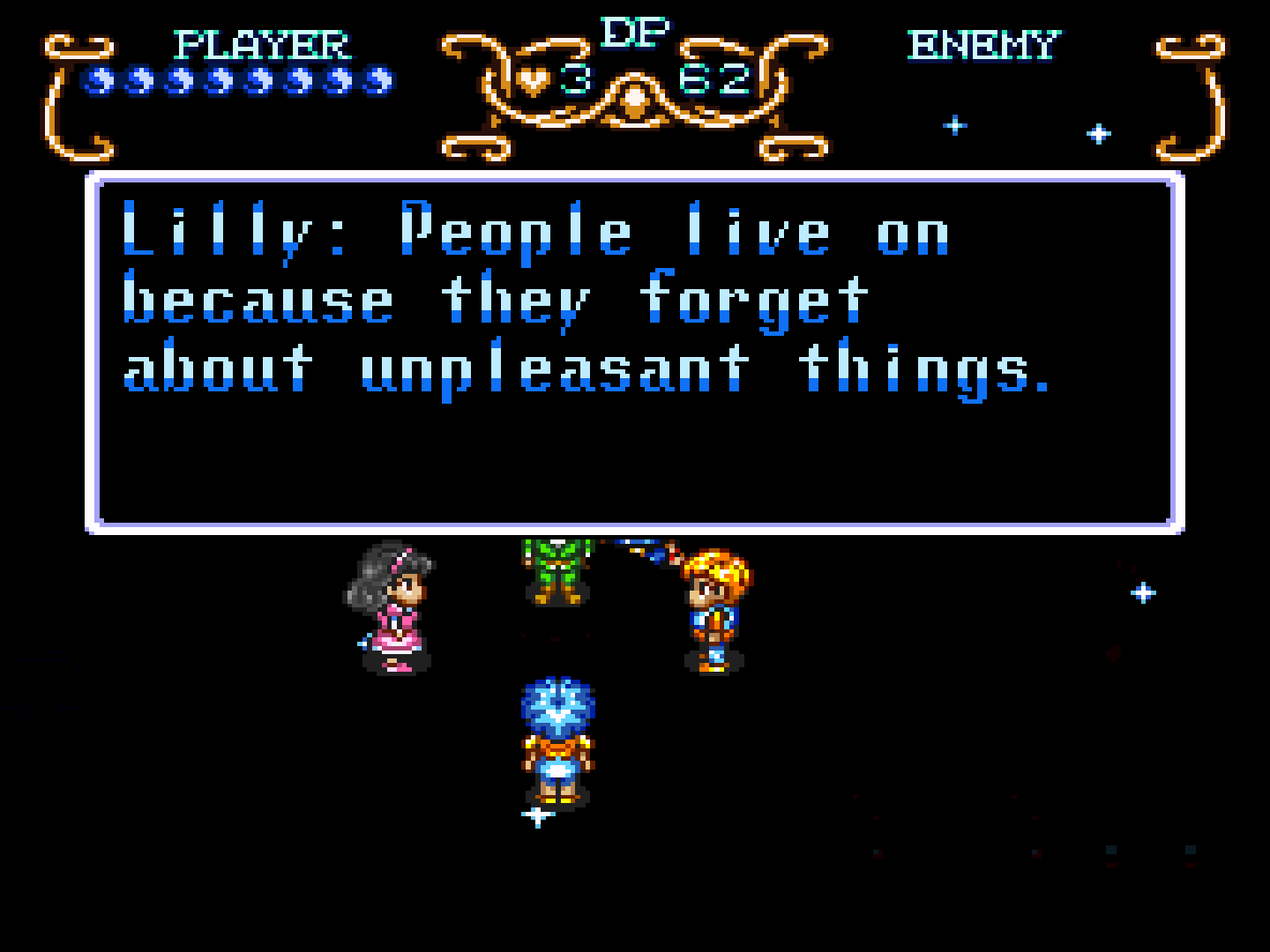 The Dark Space is gone, and Lance looks around the room. He wonders what he's doing, and where everyone is now.

Lilly points out Lance has regained his memory!

Talking to Erik again, he mentions someone again. 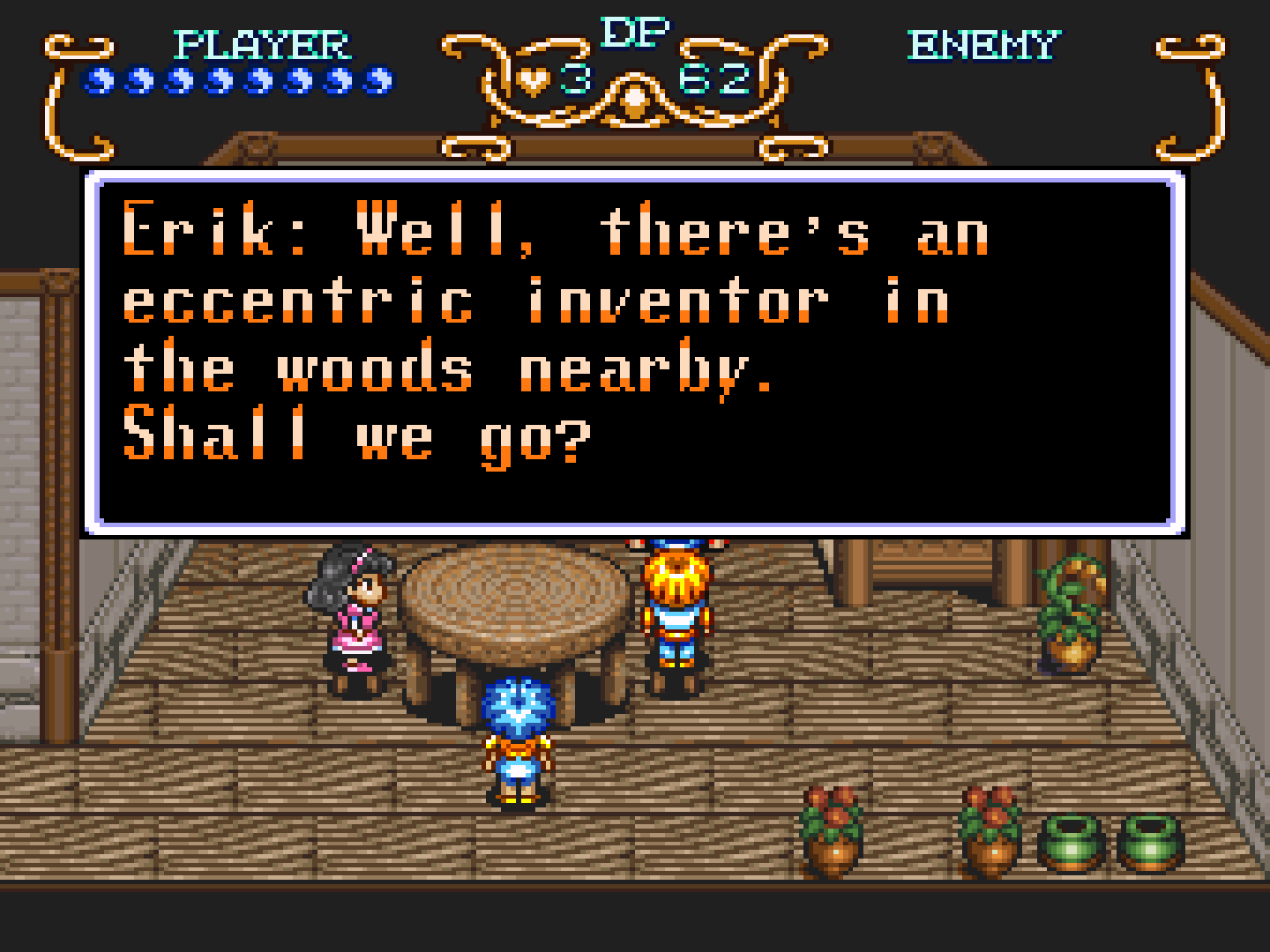 Will internally pulls the elevator stop button after he hears that name. 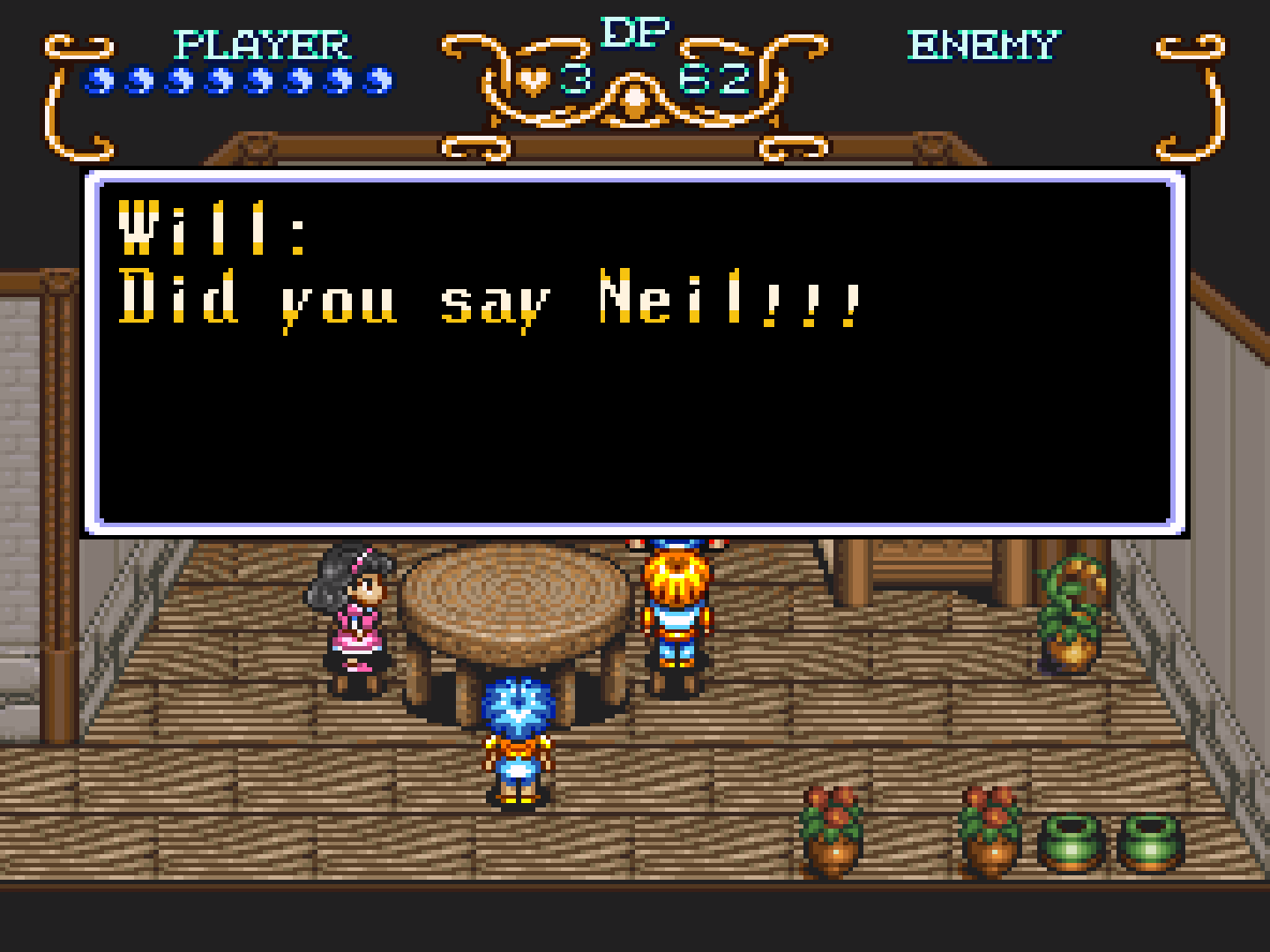 Will: "That's the same name as my lost cousin!!" How many family members does Will have? 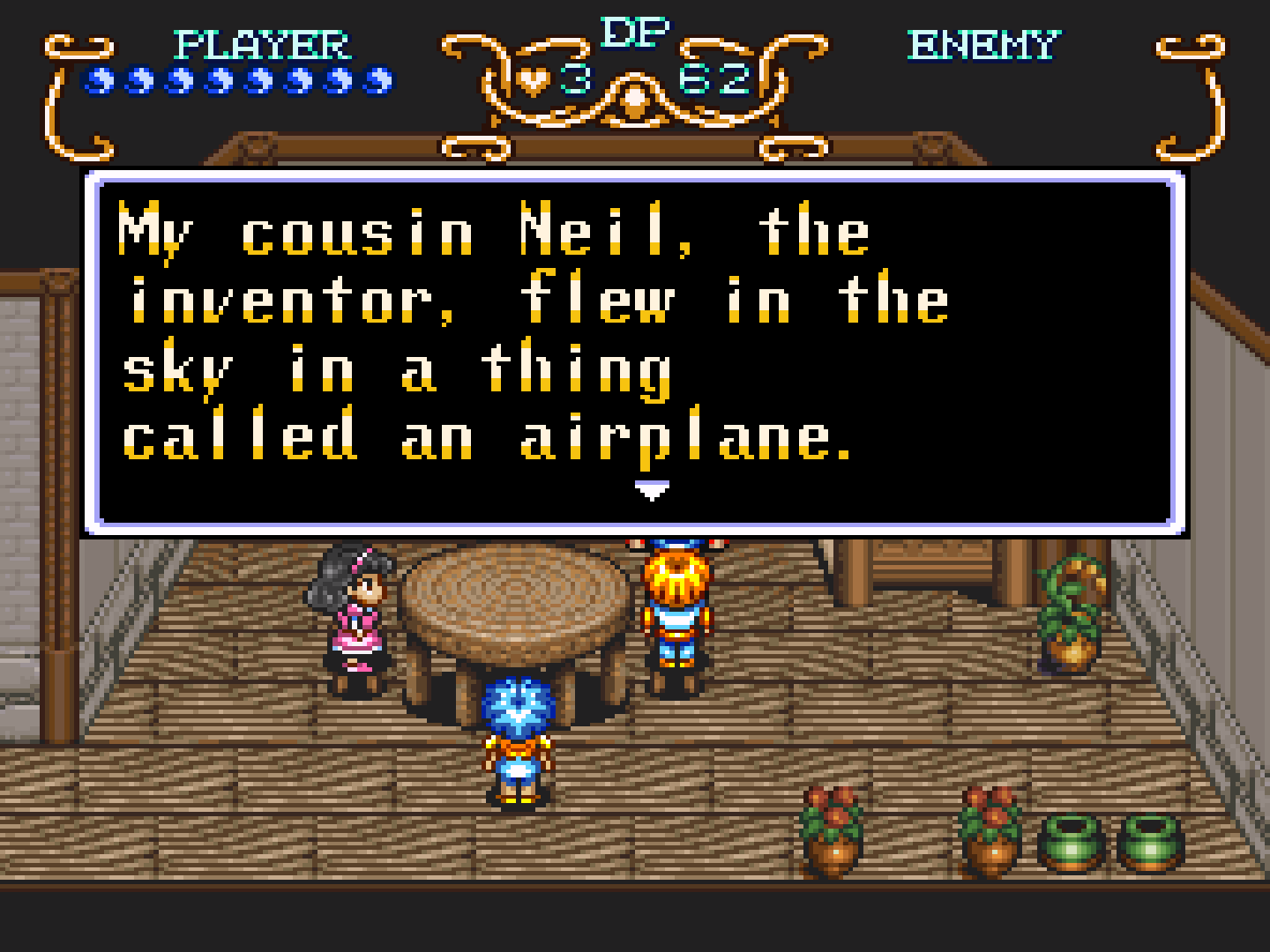 There's airplanes in the Age of Exploration!? Unless that airplane is similar to da Vinci's helicopter concept...

I reset the game since I forgot to talk to Kara and Lilly.

As I replay through the mine, I notice that the first mine key could be found as a sparkle on the ground in the morgue...

I notice as I returned to Freejia on the map, Freedan changes back to Will!

I listen through the memories and motivations of Will's friends once again... 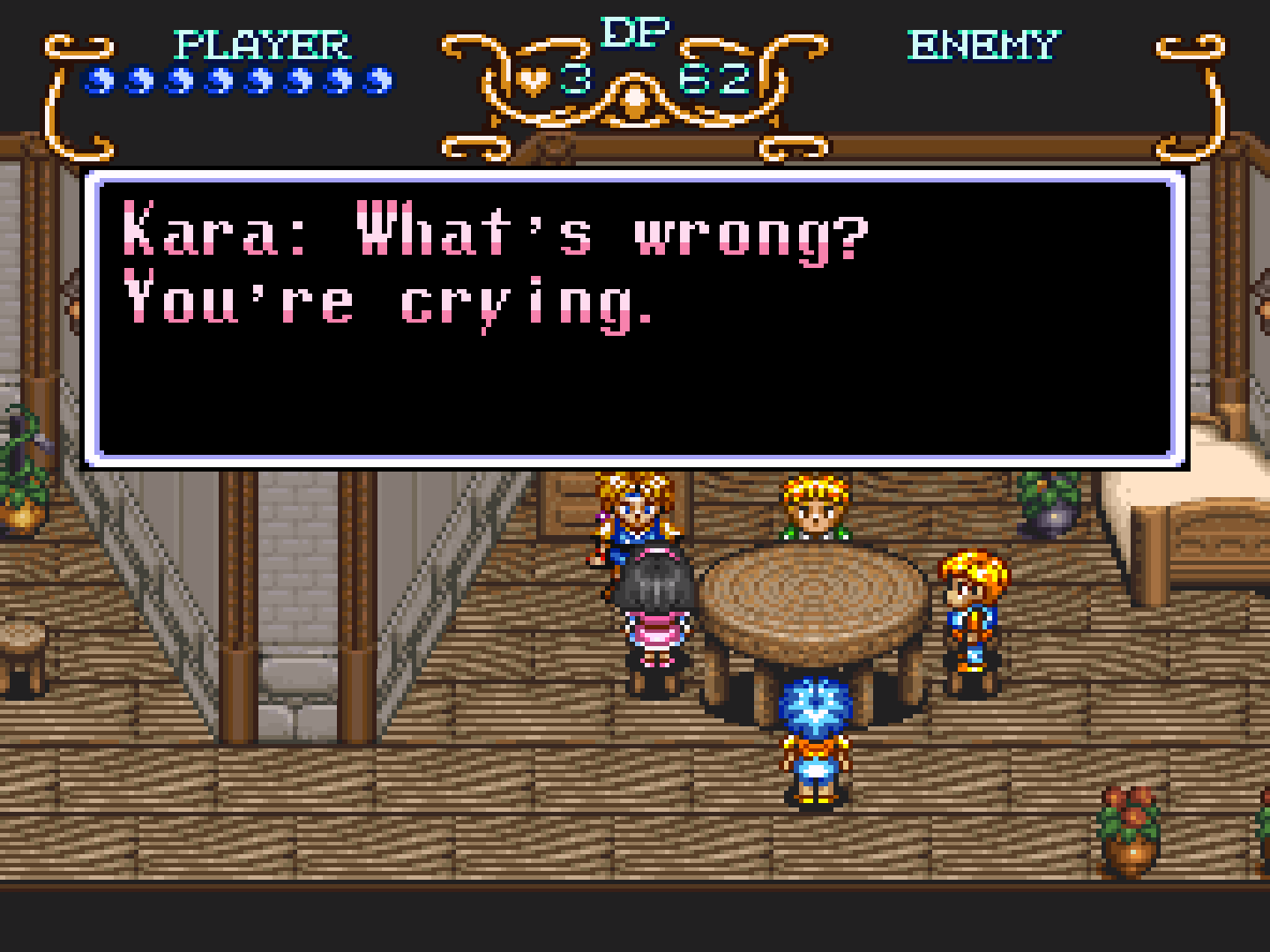 Will's not crying, you're crying...

"So Will and his group went to the inventor's house." 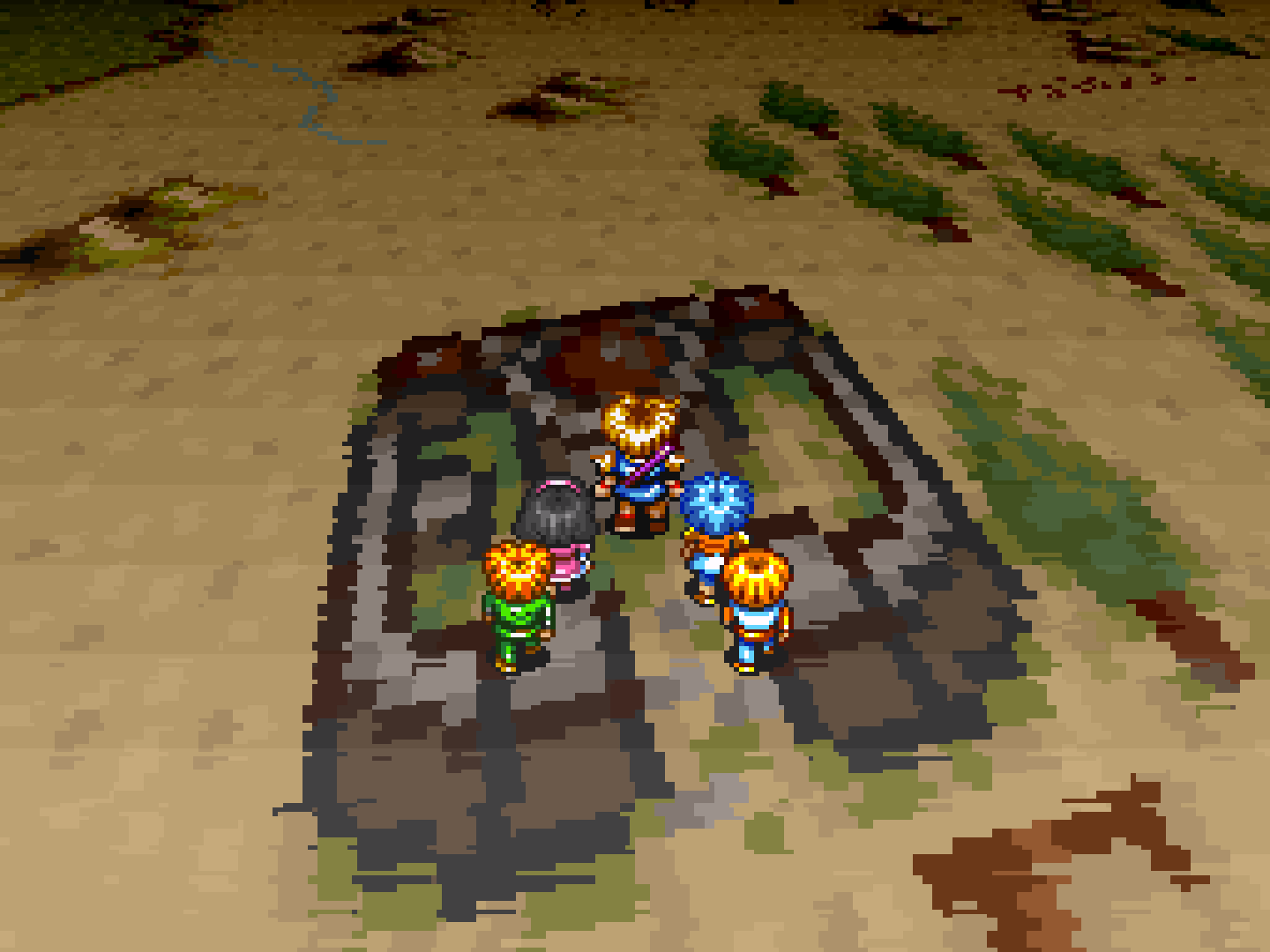 It looks like a fellowship's making their journey here.